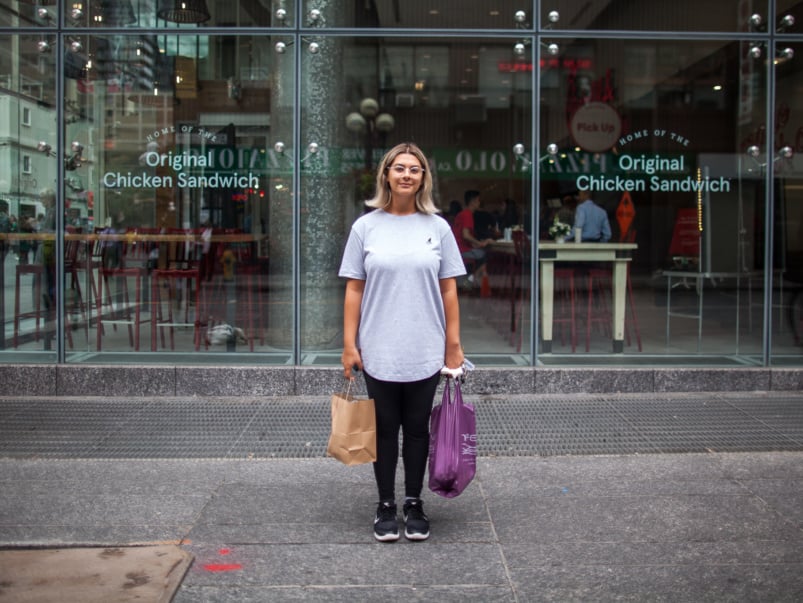 The drink that launched a million memes (and one hilarious tattoo) is finally in Canada. White Claw—the low-cal hard seltzer with a cult following—is now available at all LCBO stores. It went on sale at the Front and Spadina location one day earlier than everywhere else, prompting die-hard fans and the curious to line up on a freezing cold morning for their chance to score a case (or three). We asked them if it was worth it. 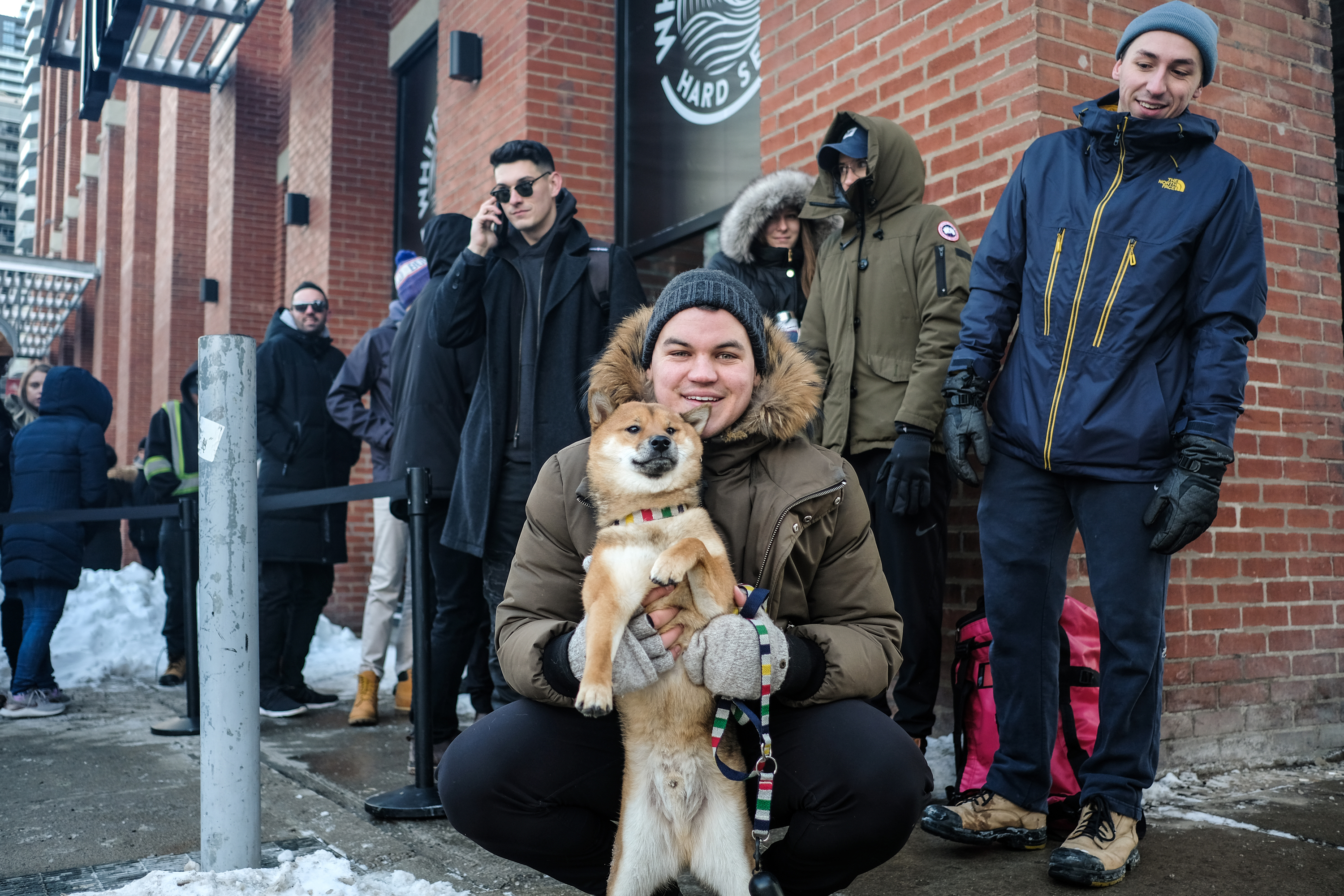 Whyyyyy? I guess it’ll be cool having friends over today and being the first to get it, and we live right next door, so it’s very convenient.

Have you tried it before? Yes. Every time I go to the States, I bring as many back as we can. 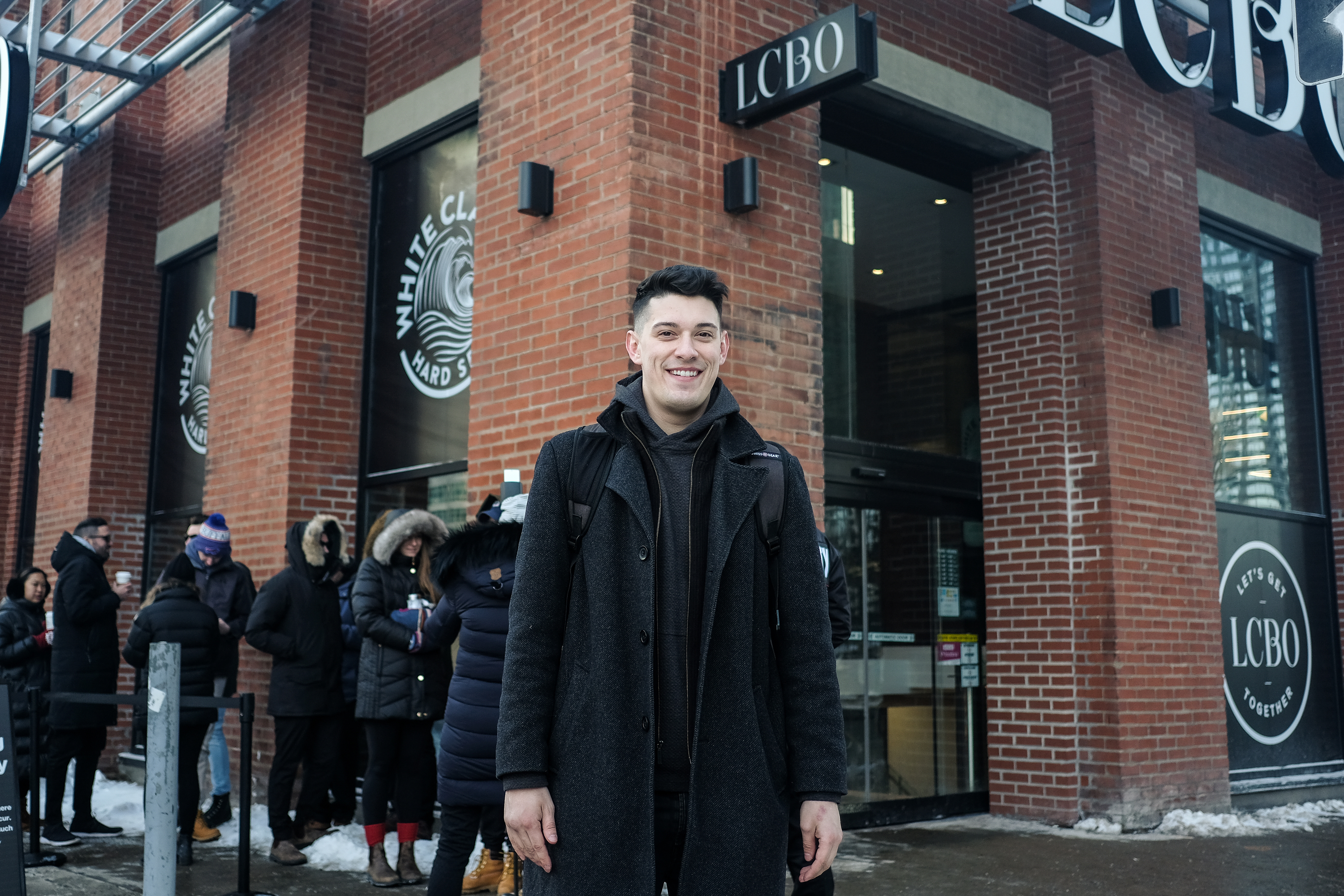 Whyyyyy? I have a formal tonight, so I’m pretty excited to bust out a couple of these bad boys.

Have you tried it before? Yes, I’ve had it before and it’s definitely worth the hype. It’s the nectar of the gods. 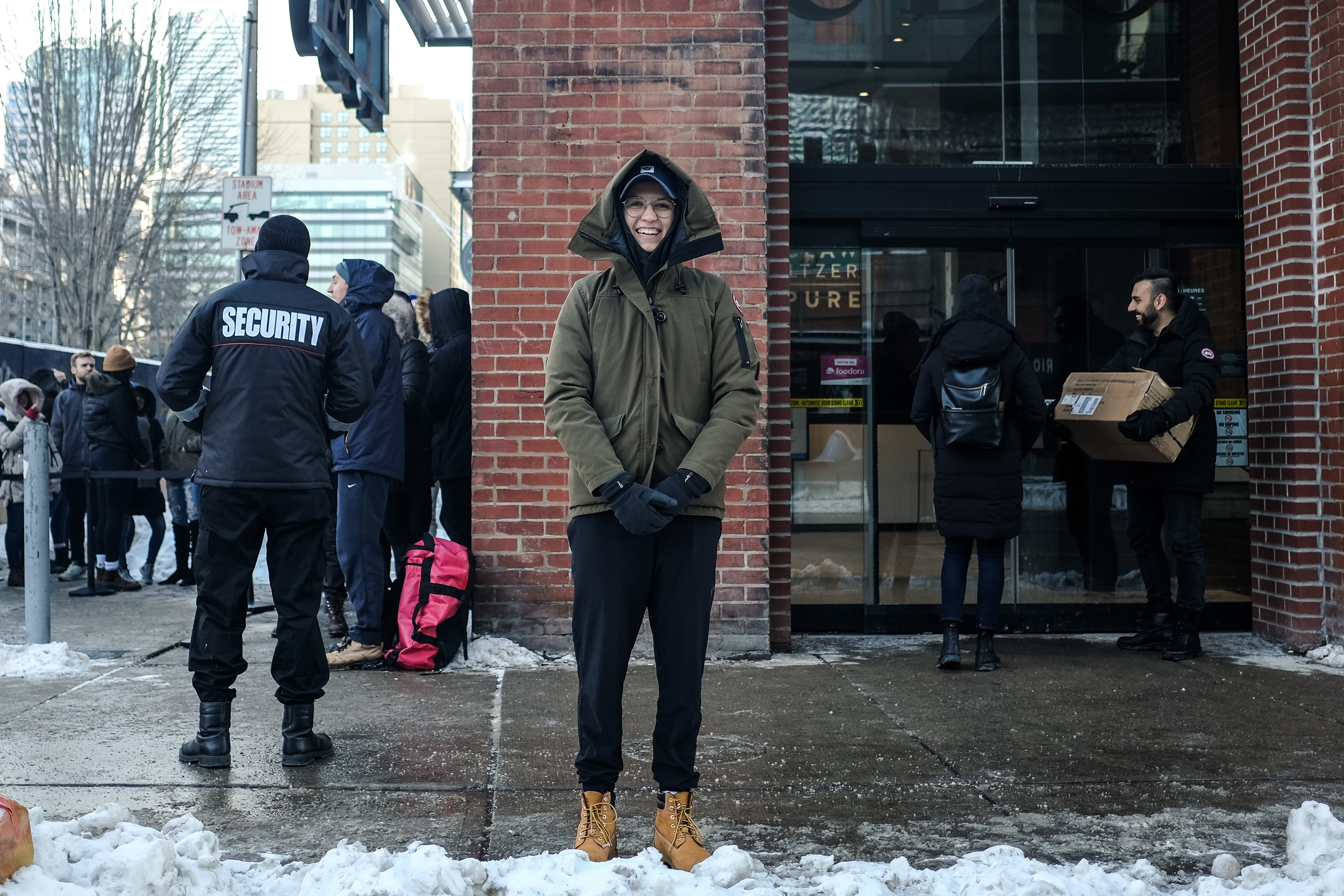 Whyyyyy? For the hype! I’m a huge White Claw fan and everyone knows it, so I gotta keep up with the rep.

So I guess you’ve had it before? Oh yeah, huge fan. The bubbles are so different than any other vodka soda drink, and the black cherry flavour actually tastes natural. 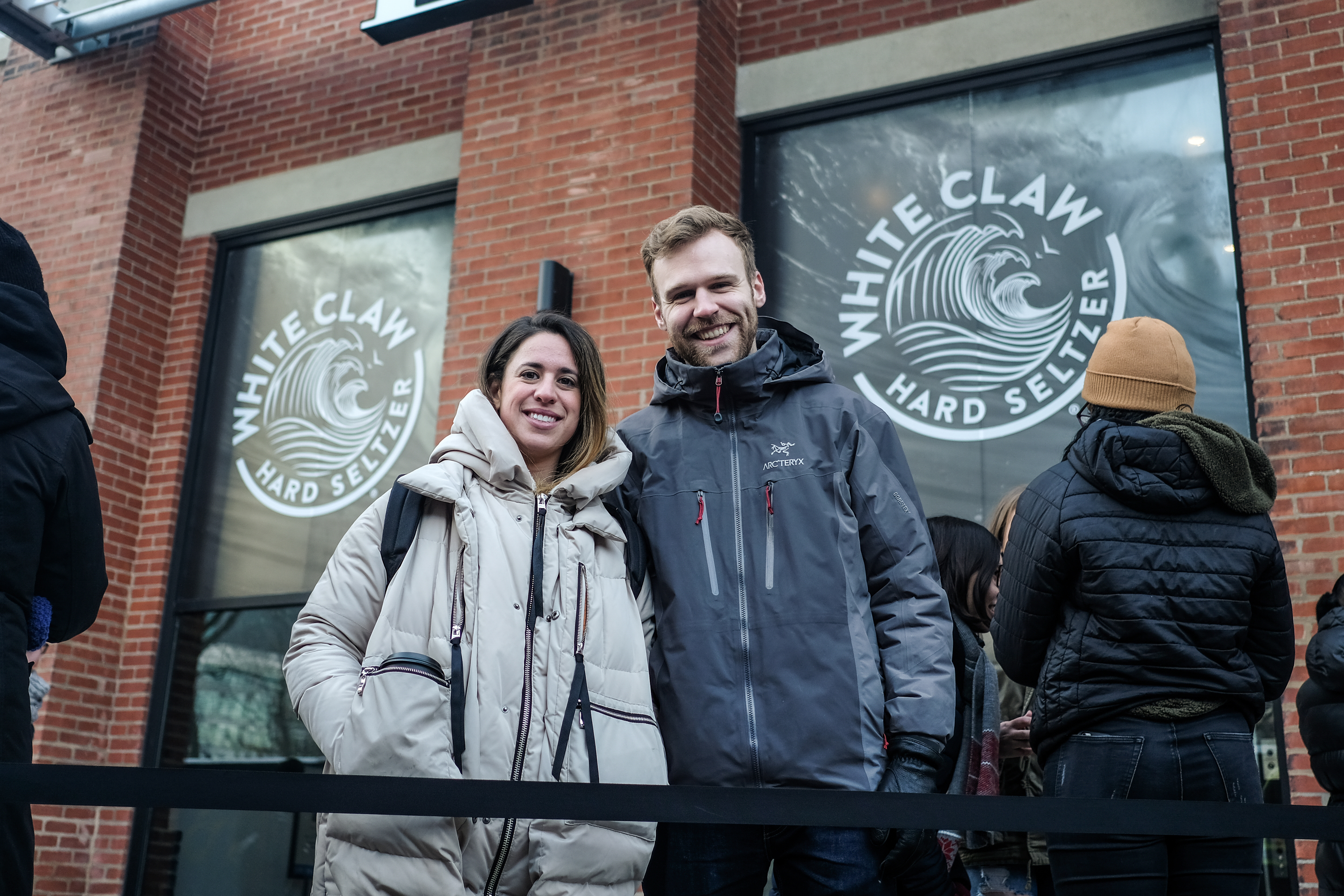 Whyyyyy? Melissa: We want to get some before it sells out—we’re running low.

Have you tried it before? Mitchell: Yes. Every time we’re in the U.S. we get it, so it’s a nice treat that it’s finally here. 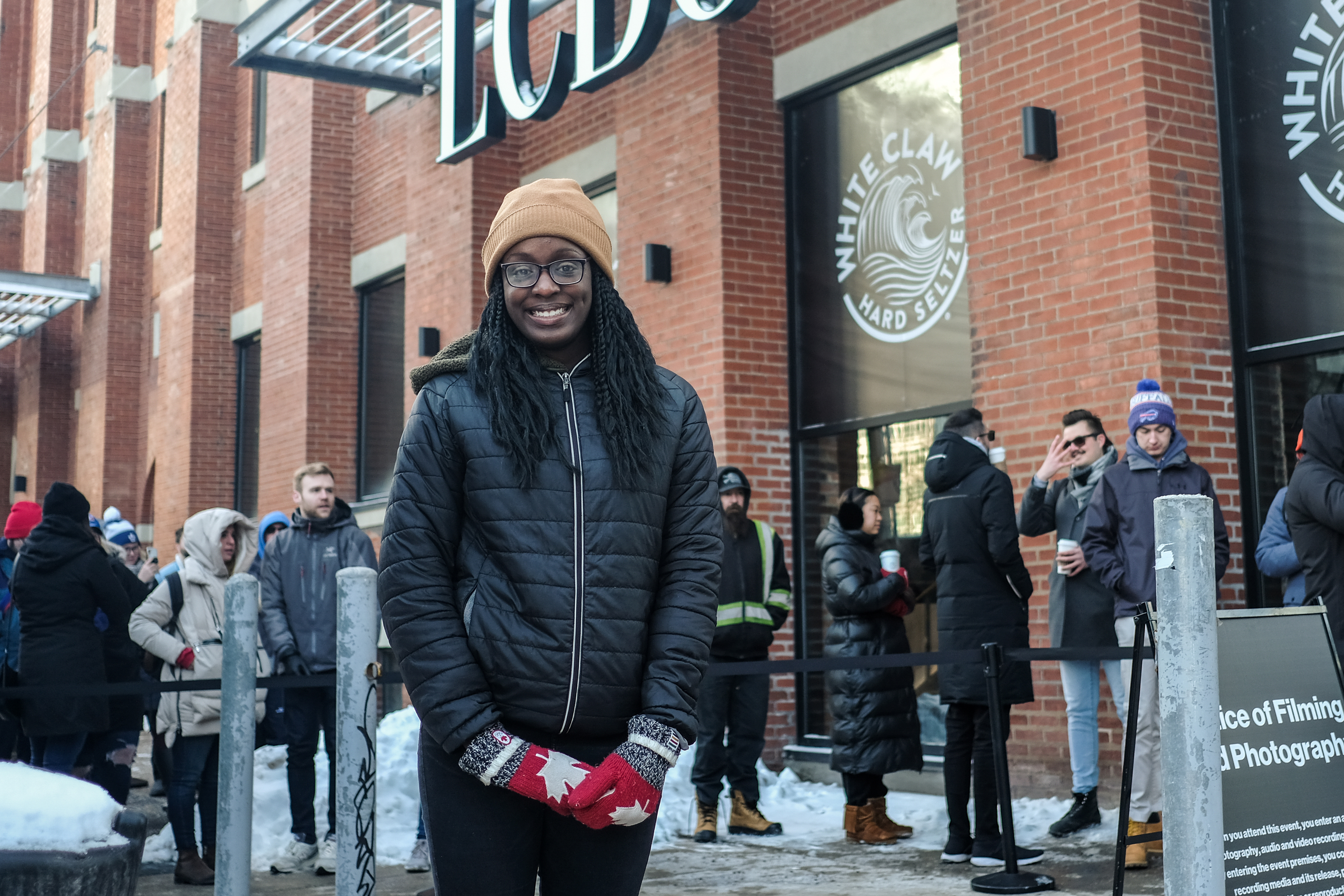 Whyyyyy? My friends and I just decided last night to come line up.

Have you tried it before? No, and I don’t know what it’s all about. 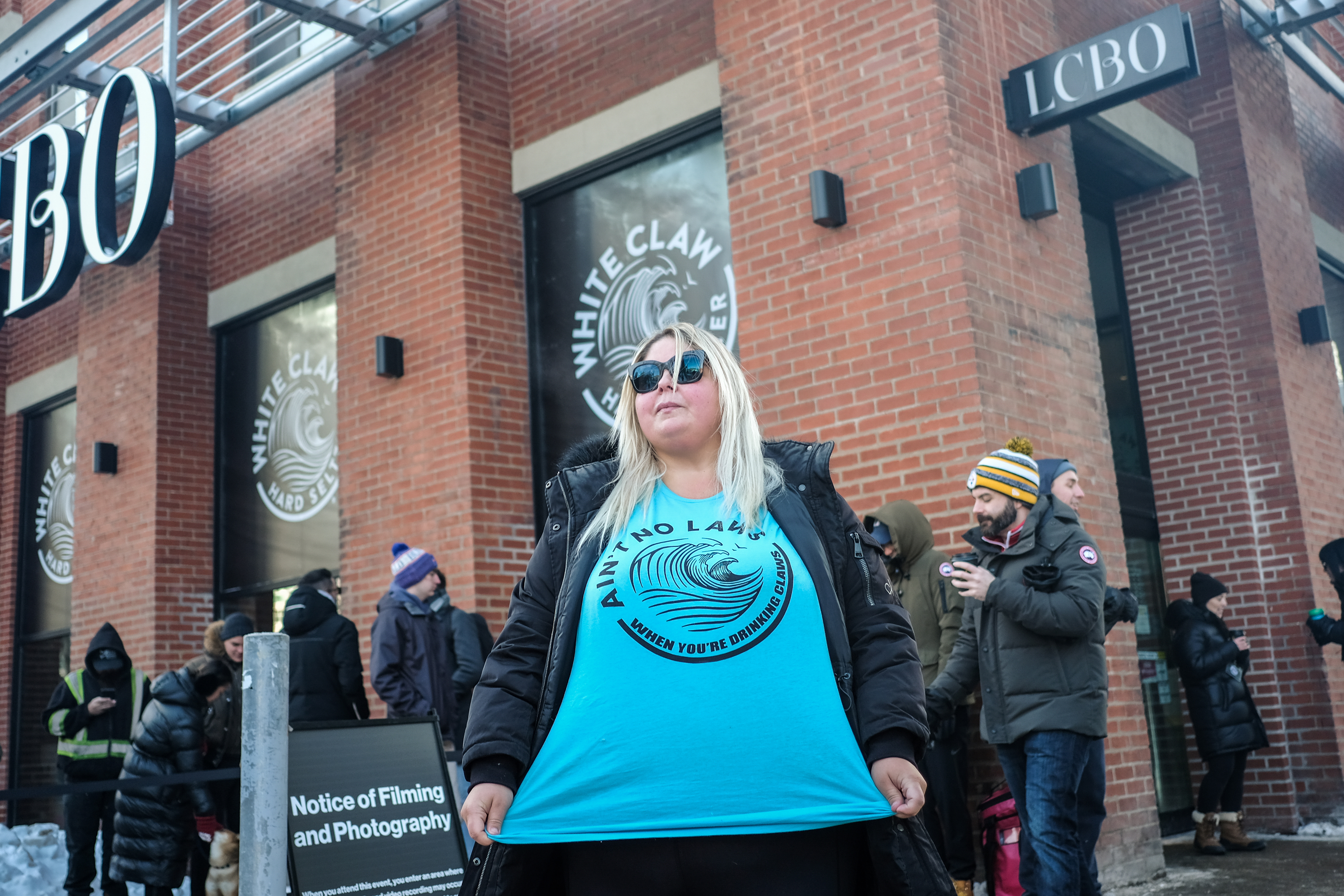 Whyyyyy? I wasn’t intending on lining up, I was just planning to get here at 9 a.m. I was going for breakfast with friends first and we saw there was a lineup, so we figured we’d better get in line. You never know, they might only have had two cases!

Have you tried it before? Of course, it’s the best thing. I find White Claw has a lot of flavour for only being 100 calories per can. 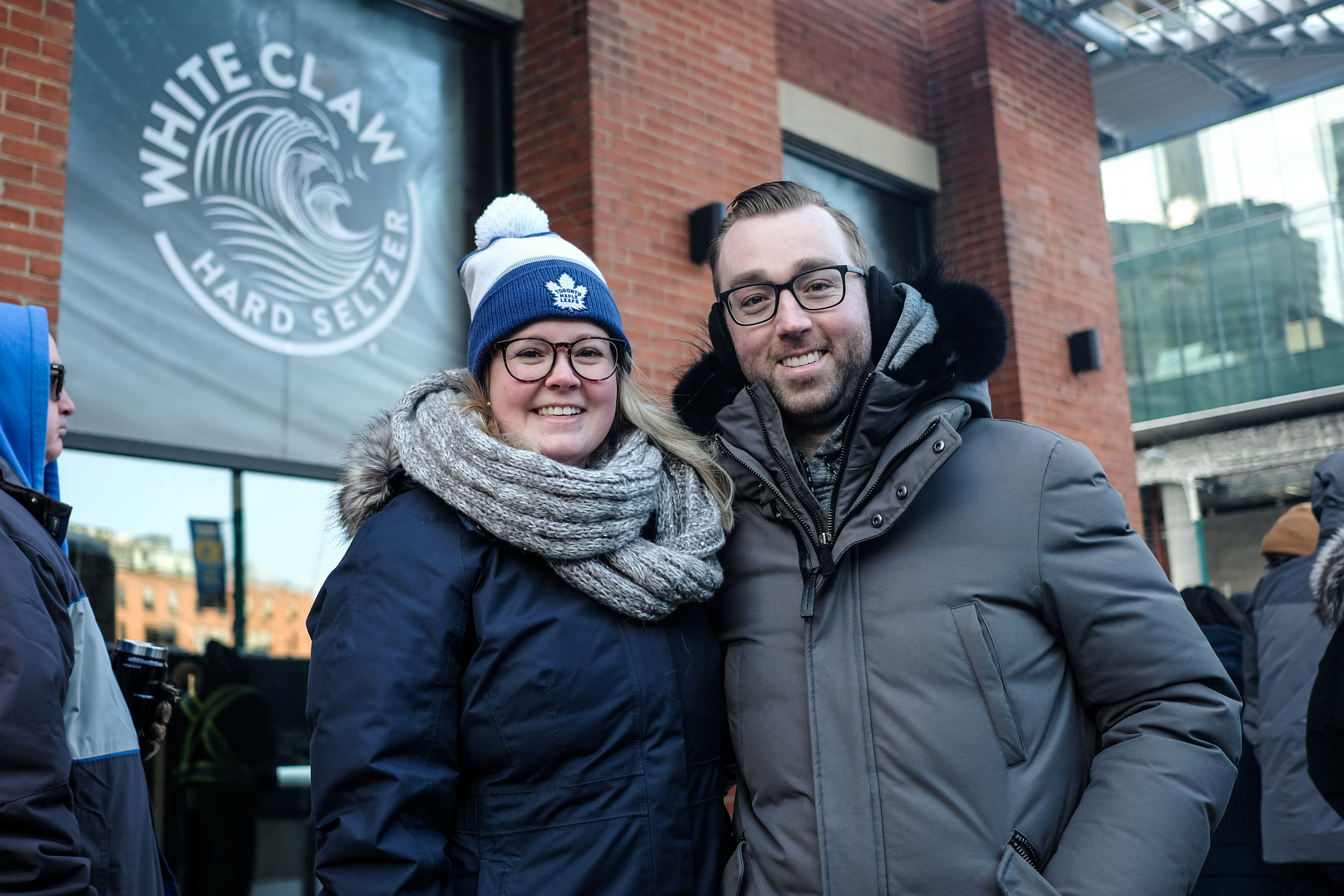 Whyyyyy? It’s going to sell out and I need at least a case or two to take home.

Have you tried it before? Oh yeah, I discovered it in California, and now every single time I go to the States I bring at least a case back. 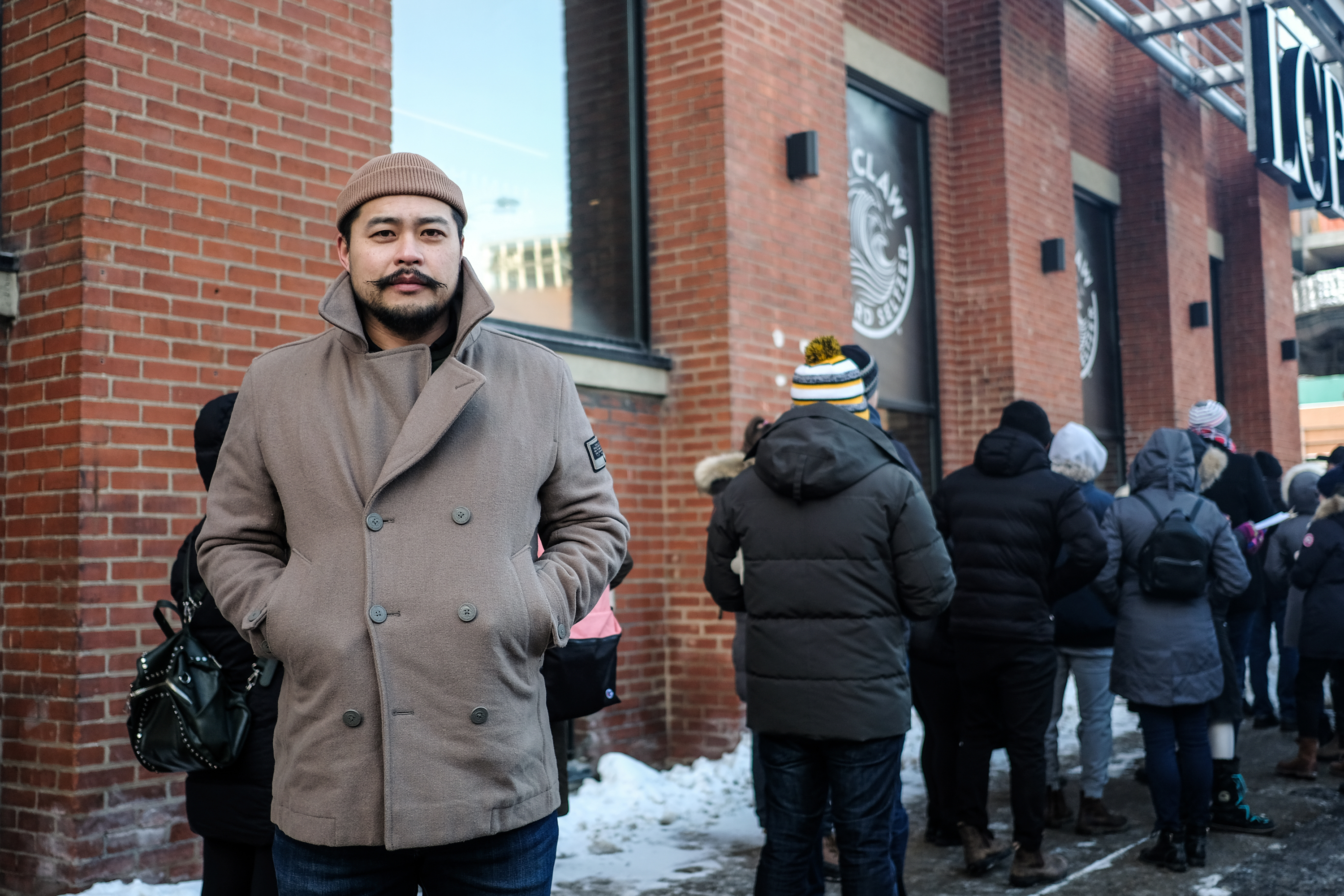 Whyyyyy? Just to see what the big buzz is about. I’ve heard a lot about this seltzer phenomenon and I wanna see what it’s all about.

Have you ever tried it before? Nope. 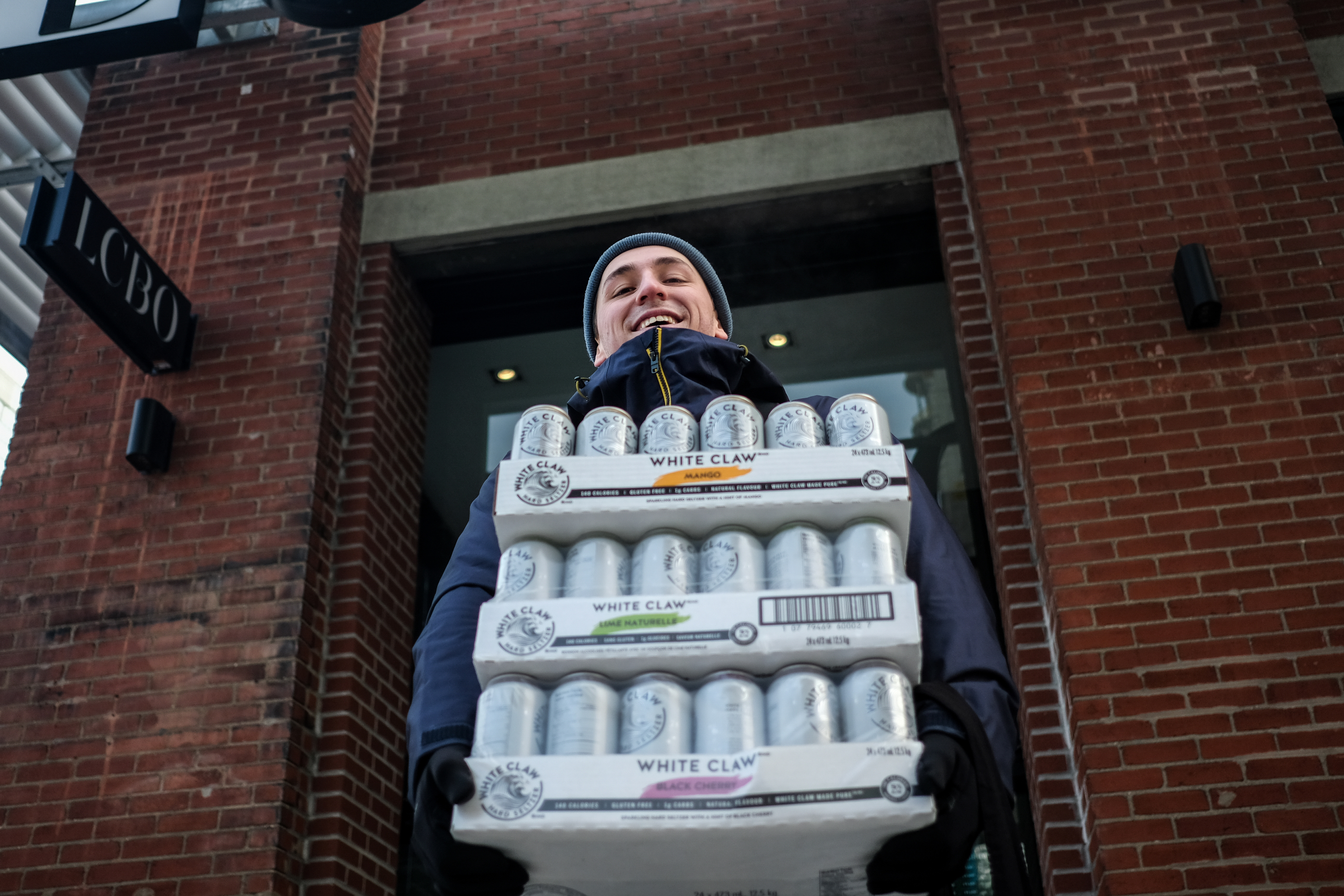 Whyyyyy? I play professional ultimate frisbee with the Toronto Rush. We have our first practice of the season tonight, so I wanted to kick it off with White Claws with the whole squad after practice.

Have you ever tried it before? Yeah, I had them for the first time in San Diego last fall. Ever since then I’ve become—at least among my friends—pretty synonymous with White Claw.