Few industries have been immune to the economic effects of the coronavirus pandemic, but for the 1.2 million Canadians in the hospitality business, the crash has been especially crushing. Facing an uncertain future and desperate for government intervention to keep them afloat, restaurants across Toronto, and the country, are organizing under an initiative called SaveHospitalityCA—and if you follow any chefs or restaurateurs on Instagram, you’ve probably already seen the messaging. Here, one of the group’s founders, Oliver & Bonacini CEO Andrew Oliver, explains why restaurants are in specific peril, the pressure of  the April 1 rent deadline, and why recent measures like alcohol delivery are making things less bad for the restaurant industry—but not better.

A month ago, your restaurant group was toasting the reopening of Canoe, one of the city’s top fine-dining institutions. Now, you’re fighting to keep your entire industry alive.

Honestly, that feels like a different lifetime. Obviously we had no idea what was coming when we planned the Canoe renovation over a year ago. Last month, we renewed on a 25-year lease! And we were having a great start of year in January and February. I guess it was a little over a month ago that we started to see sales come down, and it was really fast. On the Monday, five per cent; by the Wednesday, 20 per cent. When we hit 50 per cent down and saw what the medical professionals were saying, we decided to shut down before the government mandated it. Let me tell you, laying off thousands of people is not fun. Ruining people’s dreams is not fun. I get choked up just thinking about it. I spent a few days feeling really down and depressed and just wallowing, and then I thought, okay, what can I do to make things better?

How did #SaveHospitalityCA come together?

I was talking to one of O&B’s suppliers about how we needed to figure out a way to advocate for our industry collectively, and he said I should talk to John Sinopoli and Eric Joyal at Ascari Group [Ascari, Gare de l’Est] because they were saying the same thing. We got on the phone and decided to combine forces for maximum impact. The analogy we use is that the government is kind of like the headliner at a concert, and everyone in the audience is screaming something different at them and it’s impossible to make out who’s saying what. We wanted to get a bunch of us from the industry together so we could get behind one message. At last count, more than 1,000 restaurants have signed on, including the guys at Eataly, Grant Van Gameren, Massimo Capra, Craig Harding and so many more. Just as importantly, we’ve gotten support from relevant stakeholders—banks, property management firms like Cadillac Fairview and RioCan. I have been on the phone with Sysco, which is one of the largest food suppliers in the country. There are so many industries that are involved in what’s happening with restaurants, so our goal is a solution that considers all interests.

Can you summarize what you’re asking for?

We’re looking for a forgivable loan program for restaurateurs so we can continue to pay our rent and pay interest on our loans for as long as we’re forced to stay out of business. Nobody can afford to have tens of billions of loans go under, which is what is going to happen if our government doesn’t figure out a way to provide some relief. In the short term—and this is now extremely urgent given that tomorrow is April 1—we are hoping the government will support a rent freeze. Even just for two weeks while we figure out a solution that works for everyone. That is something that has already happened in countries around the world and in Nova Scotia, where they announced rent deferral on Friday. Let’s just punt this down the line a couple of weeks and give everyone a little breathing room. 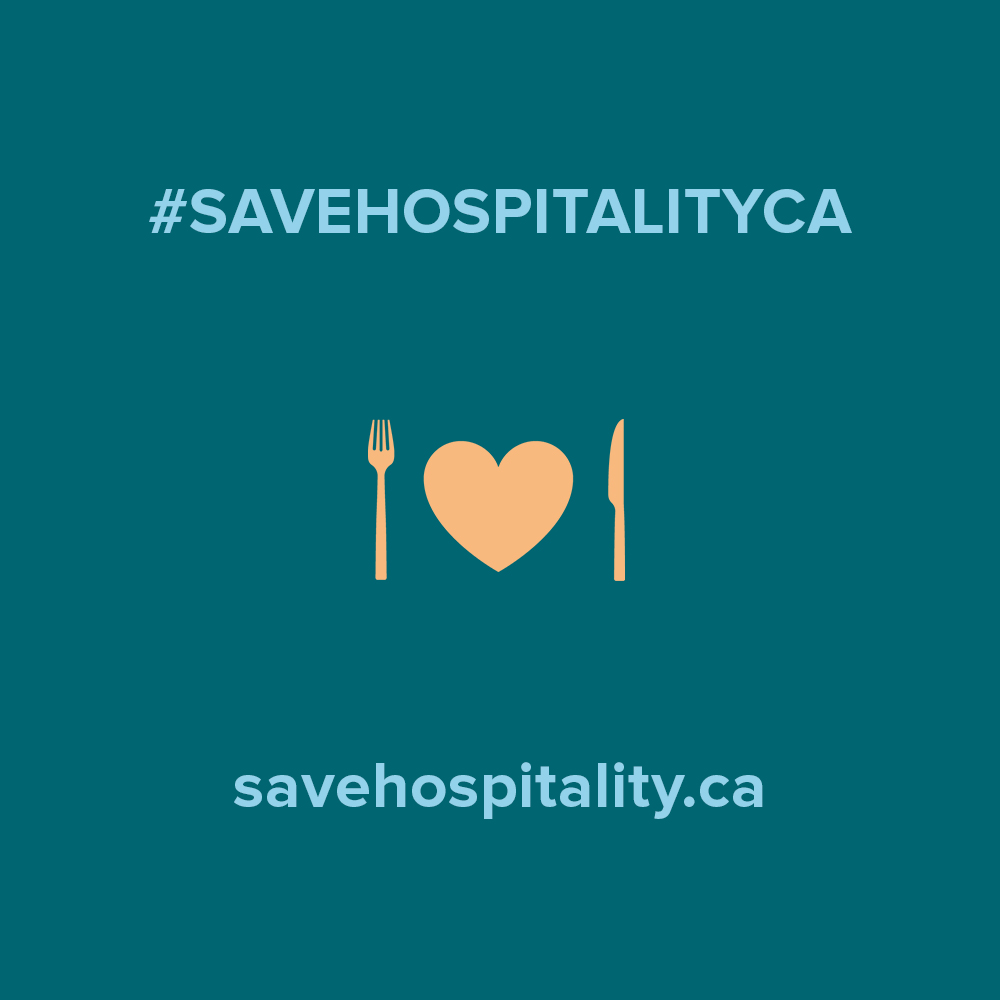 I can’t speak for what all restaurants are doing, and we are not giving a specific directive. From what I have heard, the vast majority aren’t planning to pay rent. I don’t want to paint it as us against them. I have heard a lot of heartwarming stories about landlords who are offering deferment plans, including some of the companies we’re working with. But we can’t rely on everyone doing what’s right, and obviously landlords are under a lot of pressure too. That’s why our government needs to step in.

So many businesses are suffering. Why does the restaurant industry deserve special consideration?

The last thing we’re saying is “Help us, and nobody else should get anything.” It’s more like different industries face different challenges, so the solutions can’t be one-size-fits-all. I think it’s fair to say that, aside from front-line workers and medical professionals who we are hugely grateful for, the restaurant industry has been hit hardest. First, there is no work-from-home option for us. Second, we employ a huge amount of people: seven per cent of the Canadian workforce. Restaurants have high operating costs and low margins—a little over four per cent is the average. And there is also the fact that a lot of our product is perishable. So if you’re a clothing store and you’re forced to close down for a few months, you may still be able to sell that inventory down the road. We gave a lot of our inventory away by making care packages and having our staff deliver them to vulnerable people.  So there will be capital required to reopen that a lot of us won’t be able to afford. That’s really my biggest fear: that facing the pressure and the financial burden, a lot of people are going to give up and hand over their keys. It’s happening already. That’s another thing we’re trying to do: reach out to people and say, “Hang in there, we can work this out.”

Can you talk about the role that restaurants play in the fabric of our society?

Absolutely. Restaurants aren’t just where we eat, they’re where we come together, where we celebrate, mark milestones, go on first dates, mourn losses. And then obviously people who work at restaurants, and with restaurants, make up a huge percentage of the population who pay rent and go to the dentist and contribute to the economy. Yes, it’s sad to lose your favourite local Thai spot while we get through this, but the collapse of the restaurant industry is so much more than that.

Oliver & Bonacini is a relatively big fish. Should you guys be getting the same amount of help as the smaller, independent operations?

I think the point is that there are pros and cons to being bigger or smaller. Yes, we might have deeper pockets, a little more to sustain us, but we also have more costs, more employees. The goal of #SaveHospitalityCA is about helping everyone. We are working with everyone from restaurant groups to a bagel shop with five employees.

Is there anything the government has done so far that you’re happy about? Do the 75 per cent wage subsidies help restaurants and the people who work at them?

Not really. I think those subsidies help businesses that are still able to do some of their work. A lot of restaurants are dealing with zero revenue right now, so whether it’s 10 per cent subsidy or a 75 per cent subsidy, we can’t afford to keep staff on payroll when there is nothing to do and no money coming in. Yes, some restaurants are doing delivery, but I think mostly that’s helpful as a way to bring in some short-term cash. They’re still losing money. As far as helping our people, that is a huge priority. That’s why we’re also asking for enhanced EI benefits for our employees who are out of work. So many of them earn two or three times their income from tips, so we need a plan that reflects that.

What about allowing restaurants to include booze on their delivery—was that a win?

I made that recommendation to John Tory a couple of weeks ago. It’s something I had seen other provinces do, and I think it’s definitely better than nothing—it’s a way to access some much-needed liquidity. But it’s like walking into a war with a fly swatter. Sales are still down 95 per cent. I’m not going to be down on anything that makes things less worse, but booze delivery is not a solution.

How can people support their favourite restaurants?

They can post the #SaveHospitality logo on social media and tag their local politician, John Tory, Doug Ford, Justin Trudeau, Chrystia Freeland. Anyone who has the power to help us come up with a solution. This isn’t about ego. We think what we’re proposing makes sense, but if someone has a better idea, by all means. And then the other thing people can do when things get better is to get back out there. If we’re lucky, it will be in time for patio season. There is light at the end of this tunnel.