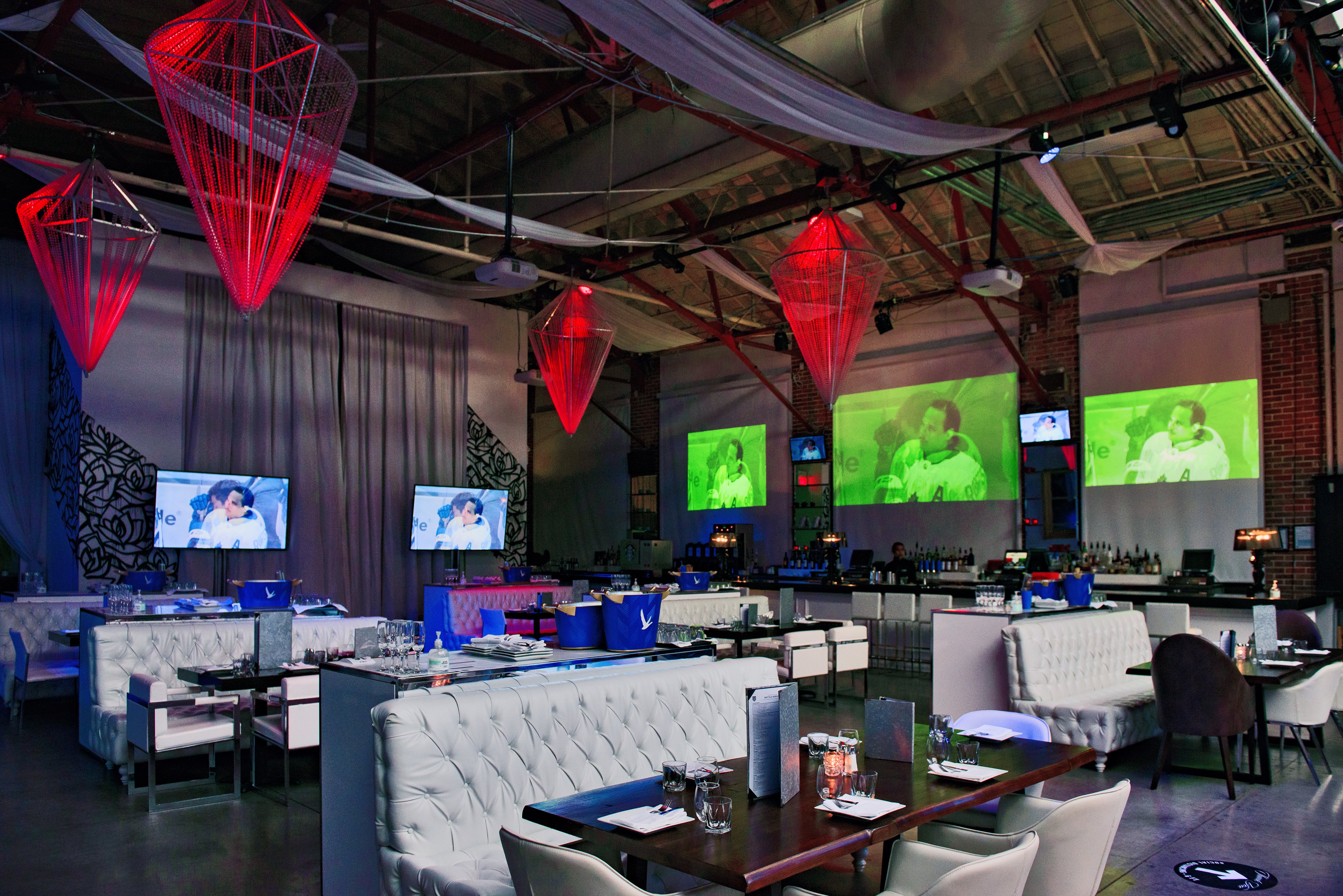 At the beginning of July, veteran sports pro Ted Warner, a former director of sponsorships for Tennis Canada, got a call from Jenny Andonov, who runs corporate sales at the Toronto Event Centre. The historic Beaux-Arts structure, built in 1907 and known for its 60-foot-high crystal dome, was originally the Horticultural Building at Exhibition Place  The venue had been sitting empty due to Covid event restrictions, and Andonov wanted to transform it into a physically distanced sports club to provide Torontonians with the energy they used to find at stadiums or Jurassic Park. Warner loved the idea and signed on as VP of sales and partnerships, with the goal of creating a sports fans’ paradise that had all the proper health and safety measures in place from the jump. Now, the Toronto Sport Club is the city’s newest spot for fans to wine and dine while watching the games on dozens of hi-def screens—all from a safe physical distance, of course.

The Event Centre’s greatest asset is its mammoth size: at a whopping 30,000 square feet, it has a normal-times capacity of around 3,000 people. The club has capitalized on all that space, capping the number of people who can be inside at approximately 300 people. Romanov Romanov Architects were hired to map out the club and make sure all the tables were six feet apart at minimum, with proper room for navigating between tables and accessing washrooms, entrances and exits. They also built physical-distancing signage into the design. Government regulations allow for up to 10 people at a table, but the club decided to limit parties to six to optimize members’ comfort. The layout took about two weeks to design, and some tables were removed to prevent crowding. Unlike restaurants, which often have to block off every other booth to create space, the club’s footprint is big enough that they could simply place the tables far apart. Warner says it’s a stark contrast to some of the packed patios across the city—many of the club’s tables are separated by as much as 12 feet. The team even consulted with Toronto Public Health to ensure that everything was compliant.

To keep the crowds down, the club is members-only: fans can opt for either a platinum membership, which costs $15,000 and secures them a table every Saturday night and access to every game and premium event; or gold, which is $10,000 and includes access to a booth every other Saturday night. Both packages also include perks like valet parking and concierge services. “It’s not the same as being at a live game, but this is the next best thing right now,” Warner says. Here’s a sneak peek inside the splashy new club: 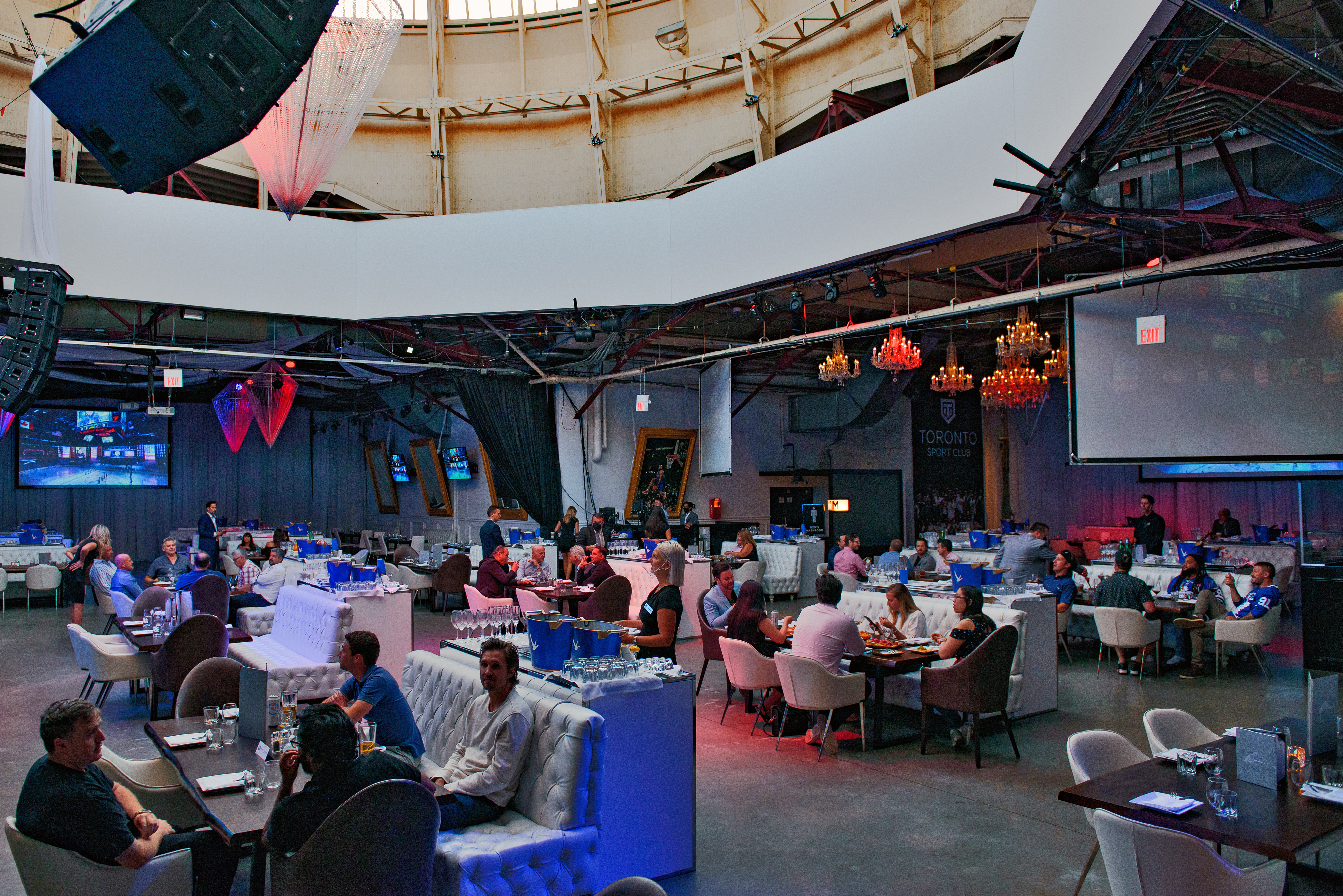 The Toronto Sport Club opened on August 1 at Exhibition Space. The historic venue features a 60-foot-high crystal dome, 27-foot ceilings, and plenty of enormous TV and projection screens for fans to take in the game. 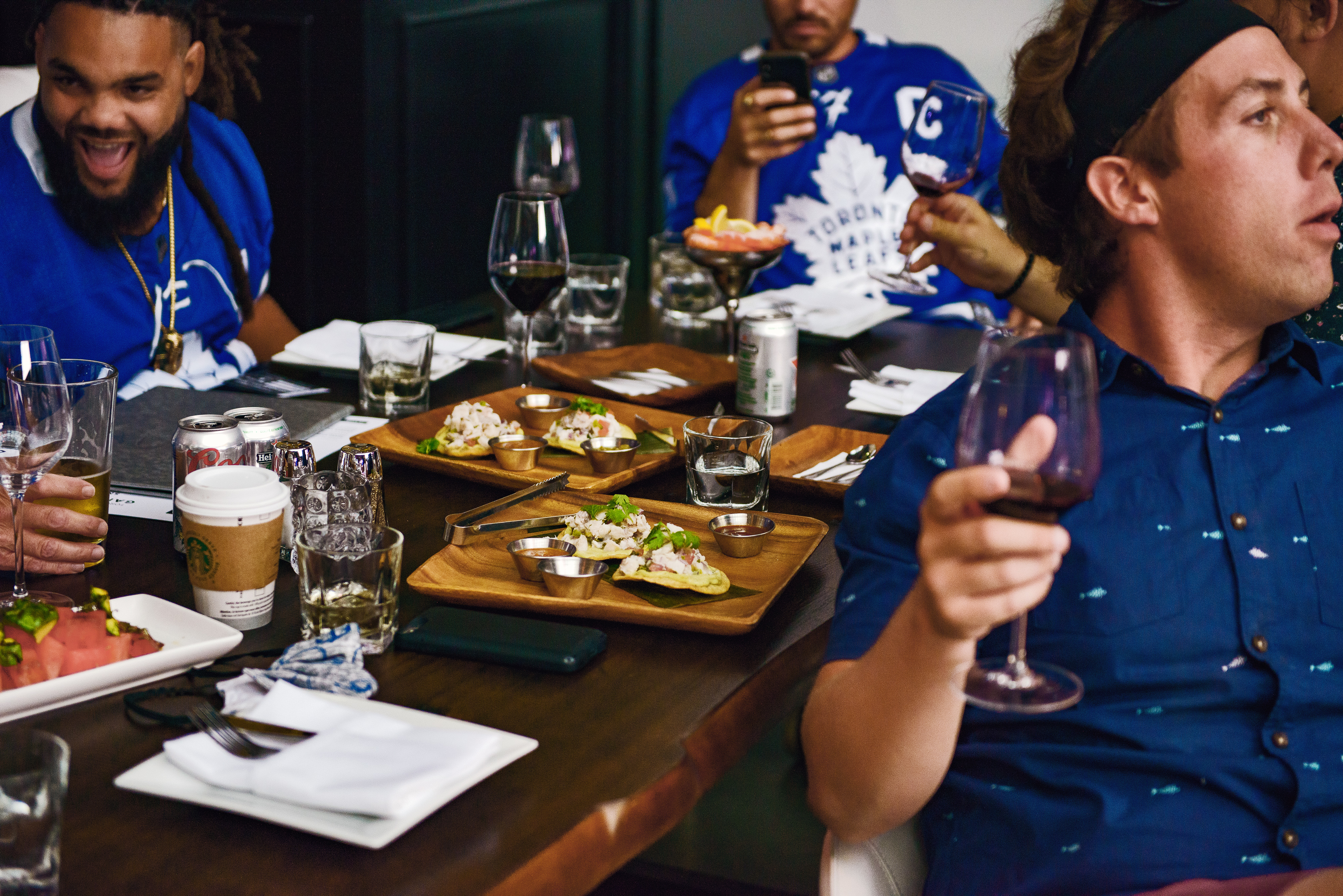 From idea to execution, the club came to life in about five weeks. On opening night, there were 22 tables full of NBA fans ready to watch the Raptors’ first game in months, against LeBron James and the Lakers. “People were just ecstatic. They felt comfortable being out and with everything that we were doing,” Warner says. The next day, people showed up again to watch the Leafs. 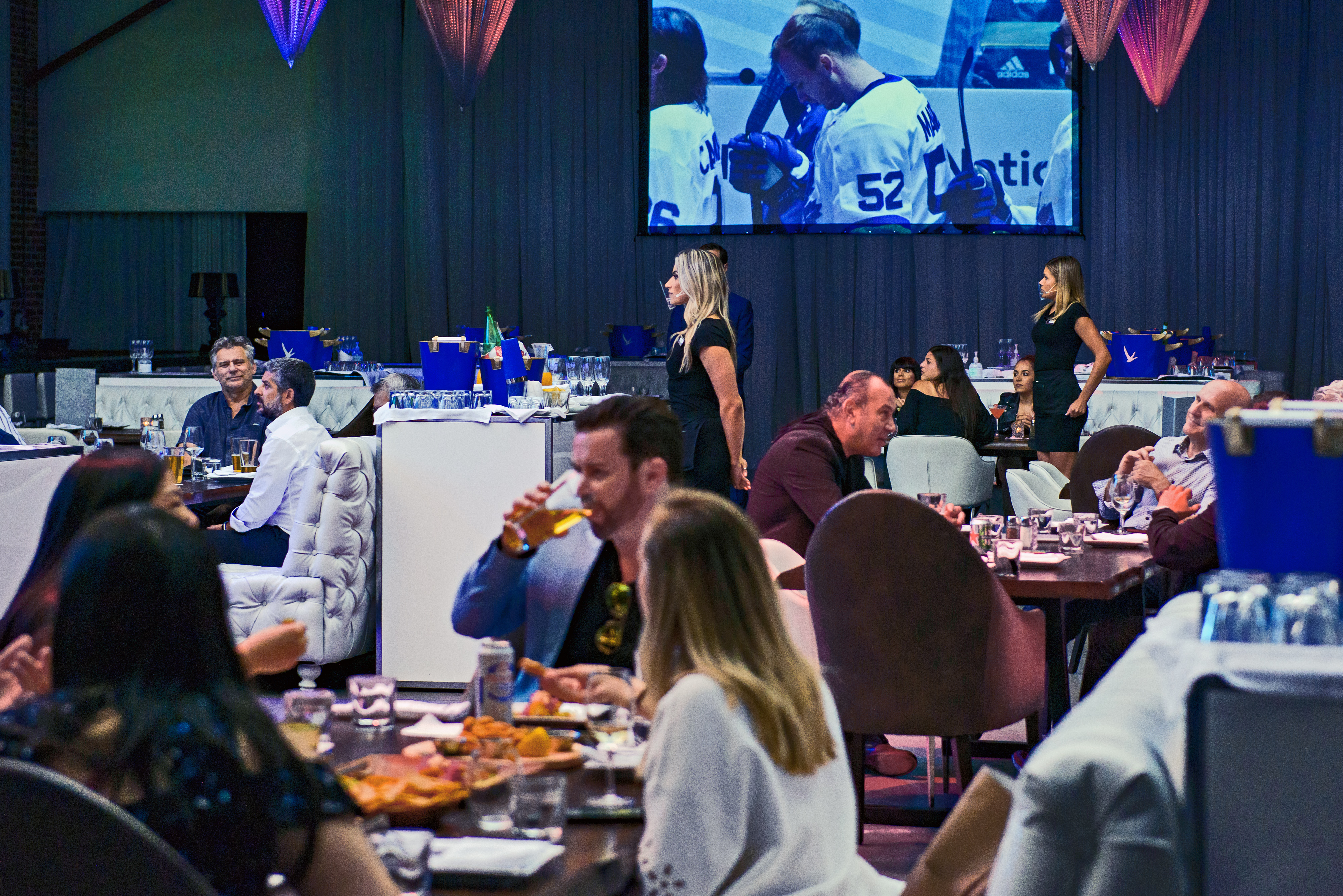 The club currently has 25 members, who have come out to watch Raptors battle it out with the Lakers, Magic, Grizzlies and Bucks, and see the Leafs take on the Blue Jackets. 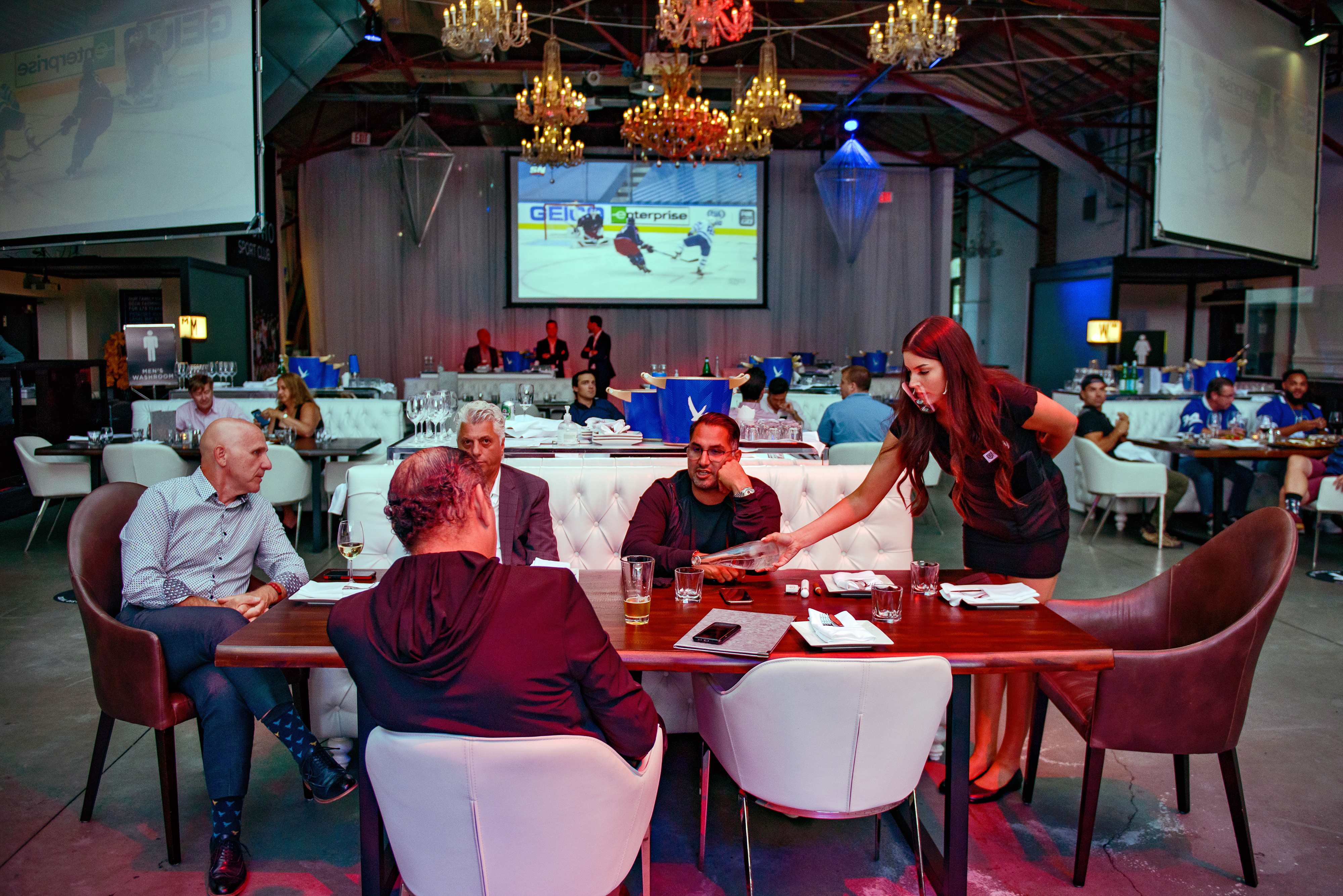 Behind each group is a large serving table, which leaves room on the dining tables for bottles of wine, appetizers and, most importantly, hand sanitizer. 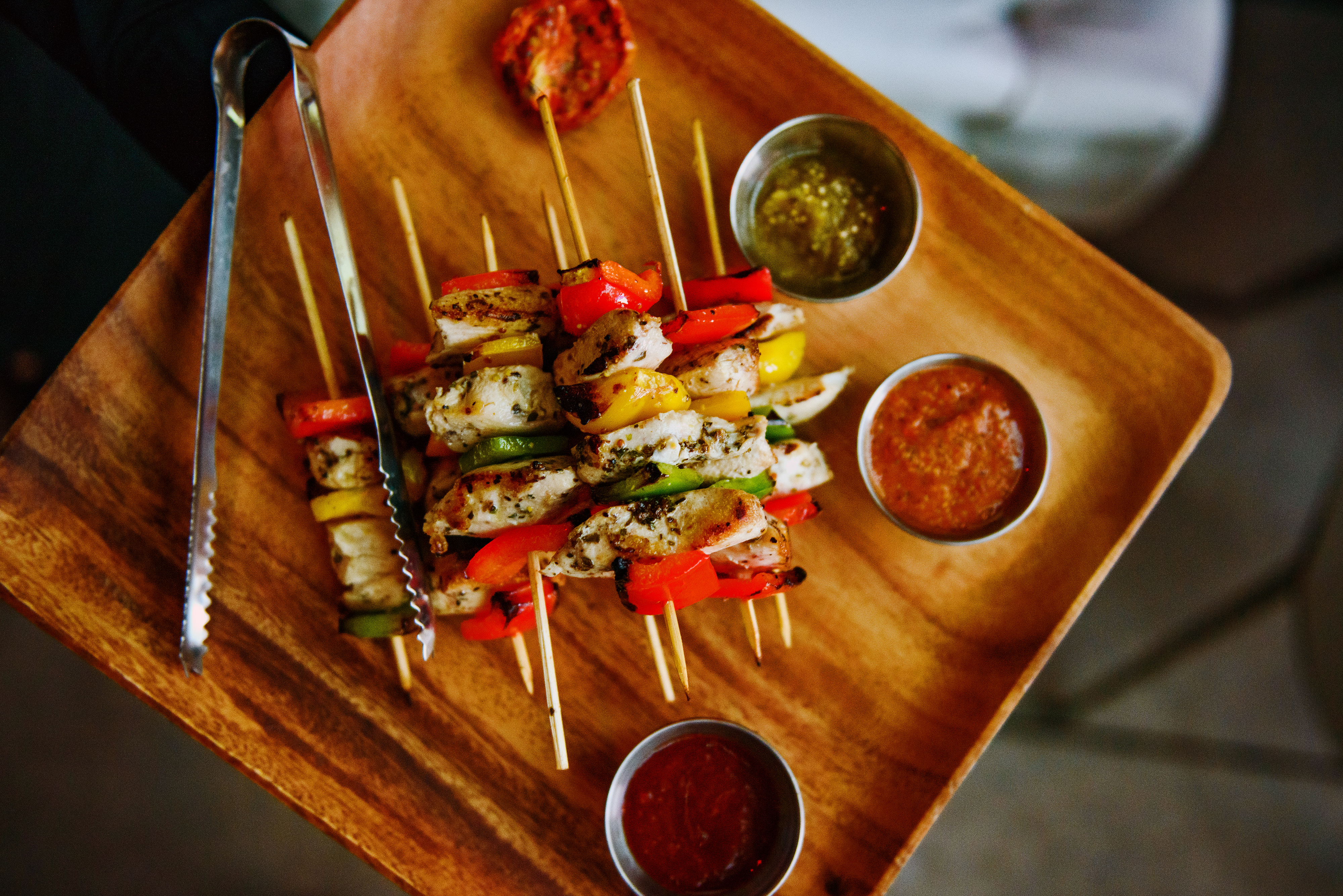 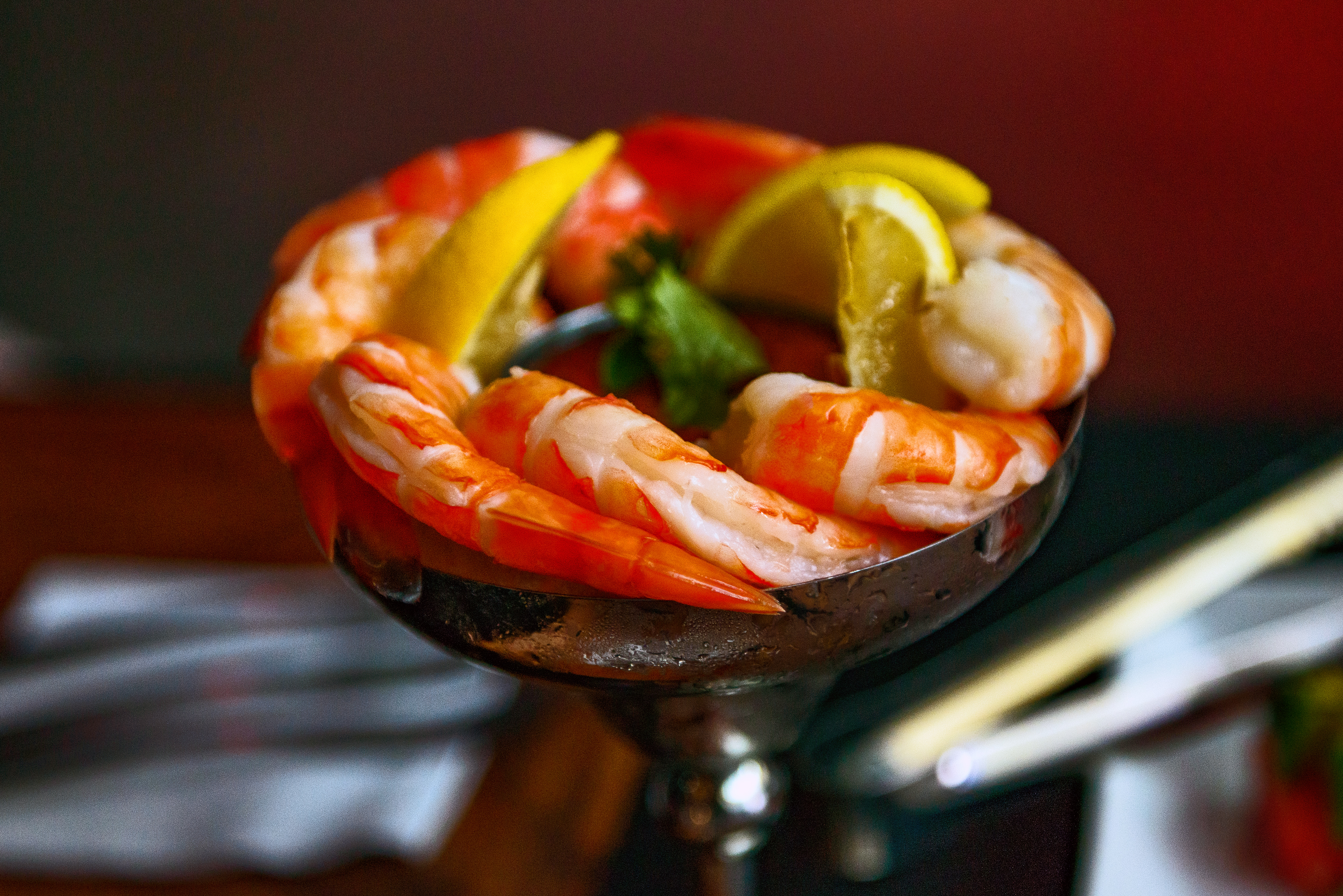 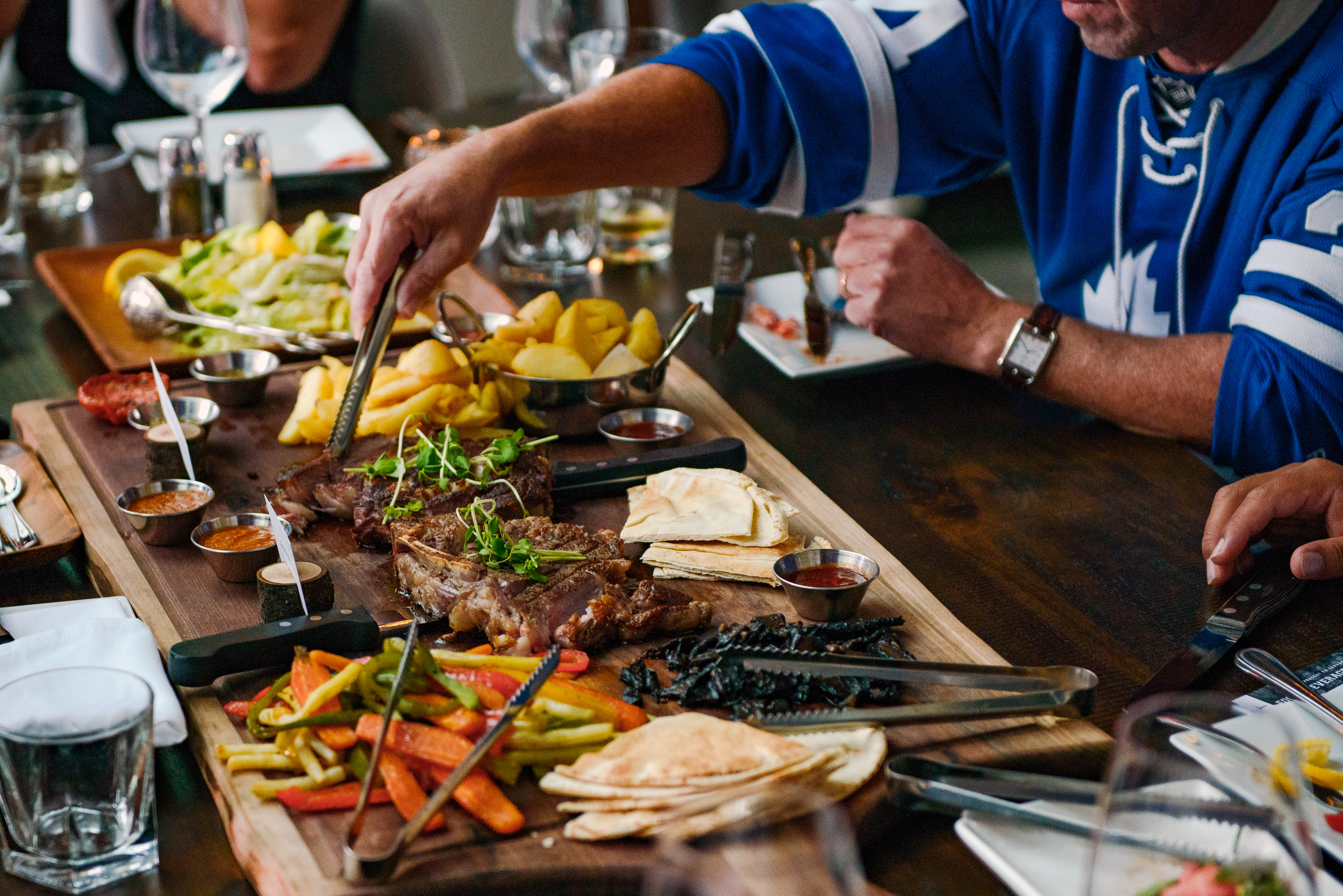 One of the menu’s signature items is Terry’s Platter, which comes with a Tomahawk steak, a ribeye and a medallion. The platter is named after one of the club’s members. After visiting one evening with his three friends, he devoured the largest steak platter available and informed the club that it wasn’t enough meat. When he returned the next day, he was pleased to discover the platter had been upgraded with an extra Tomahawk steak, more sides and his name. 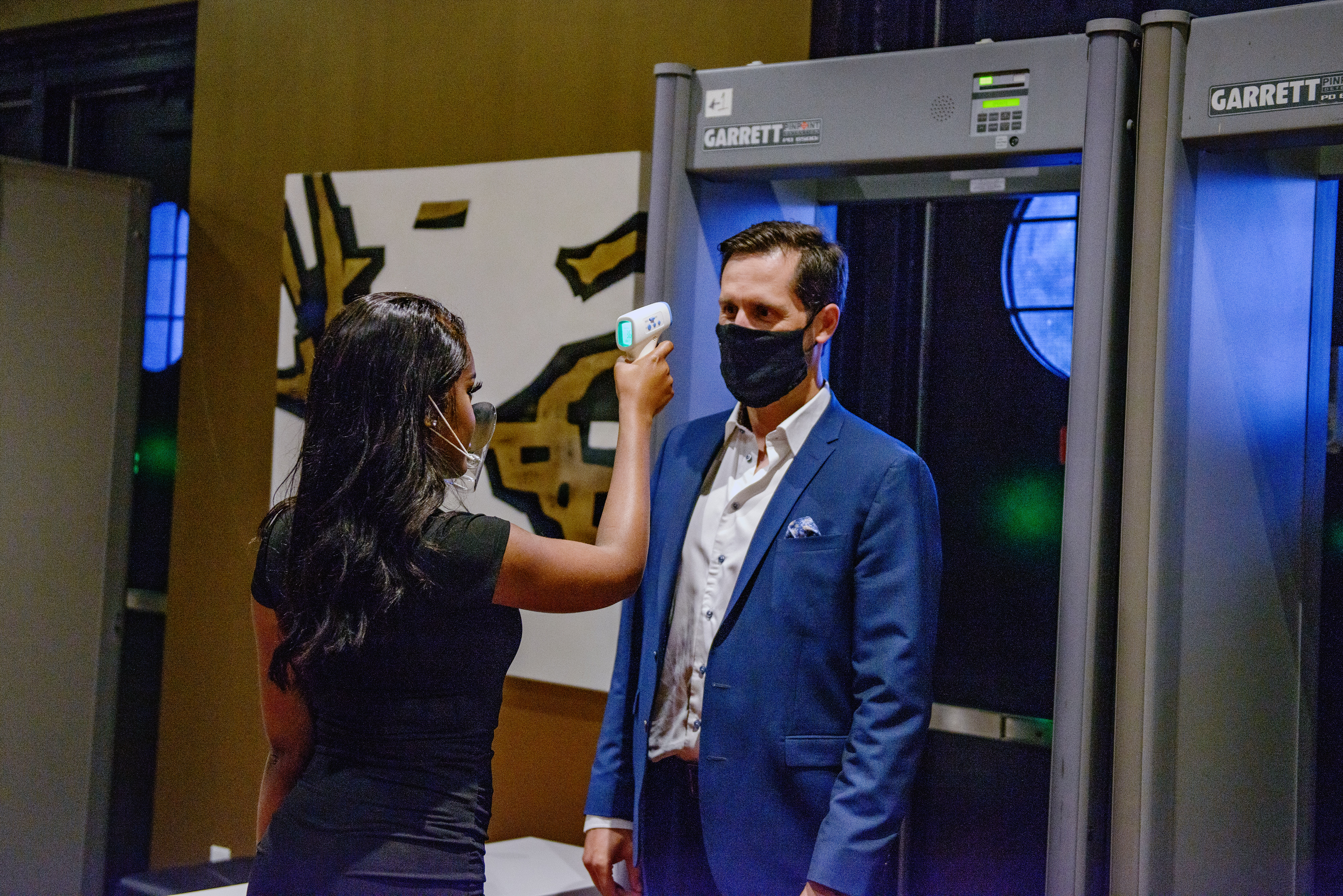 Temperature checks are mandatory for all club-goers and staff when they enter the venue, and everyone must wear masks inside when they’re not at their tables. 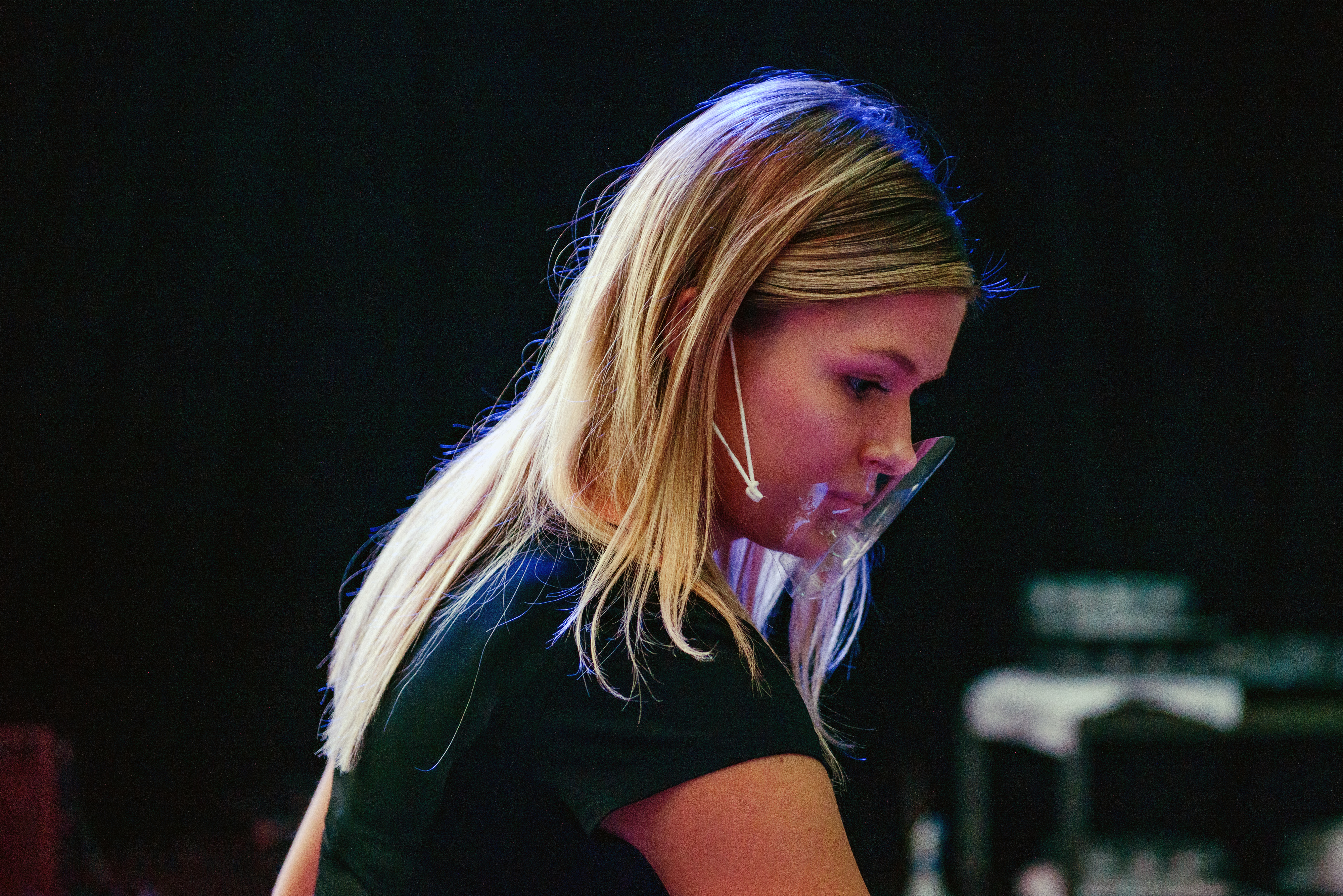 The club started with a team of approximately 50 servers. Now, including bussers, kitchen staff, and security, there are about 100 people on staff. Employees all wear clear masks so they can still be friendly and welcoming toward members. “To have a smile on your face, and to see that smile is huge. We felt it was necessary to provide the hospitality that people like,” he says.