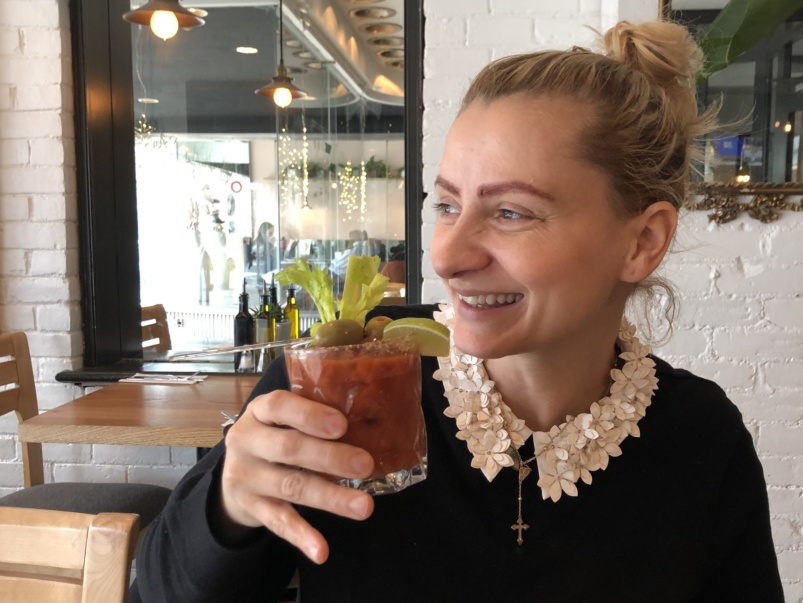 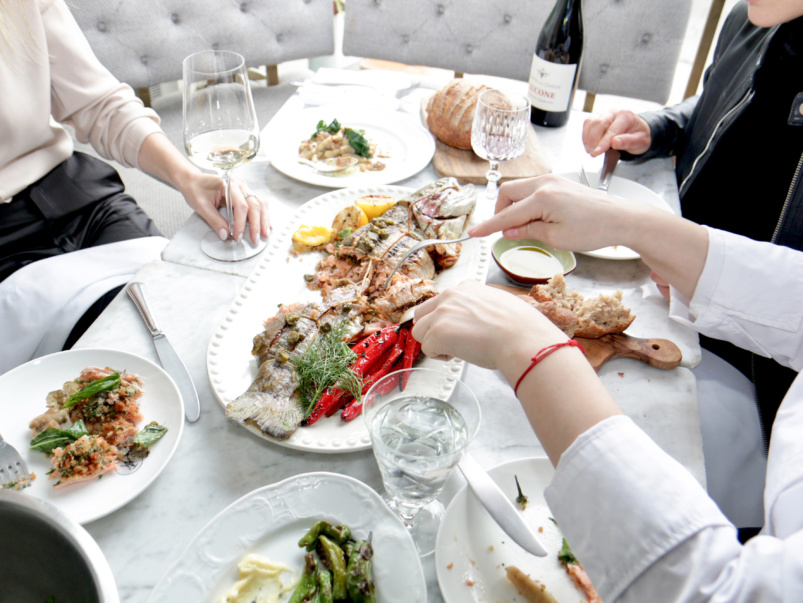 Ivana Raca is a hustler. She’s competed on Chopped Canada and Iron Chef Canada, and at one point she was simultaneously helming three different kitchens. Today, she’s the chef and co- owner at Ufficio, an Italian spot with a pescetarian bent on Dundas West. Between dealing with suppliers and designing seasonal menus, Raca keeps herself busy—well, busier. She recently organized a charity dinner that raised $10,000 for a Balkan family in need; she’s toiling away on a Mediterranean cookbook; and she’s putting together a documentary that will bring a camera crew to Bosnia, her birth country.

Raca says she’s done with the restaurant industry running her ragged. For years, her life was 12-hour shifts punctuated by the odd day off. Weekends are a new luxury for Raca, who’s now making quality time with her boyfriend, James Burger, a priority. On Saturdays, they’ll sleep in until 10 a.m., make some drip coffee and then walk their rescue pup Atlas. Then they’ll head over to the St. Lawrence Market to pick up veggies and herbs. On route back to their East York home, they’ll pop into Figs on Parliament for brunch. If they aren’t meeting friends for dinner, they’ll go to Donna’s, the Peasant’s Table, Il Fornello or Eataly (all of which are her current go-to restaurants), or they’ll go home and cook a big dinner together. Burger is absolutely obsessed with Raca’s tomato sauce, so he’ll often ask for pasta.

For many years, Burger was vegan. He eats meat now, as does Raca, but they try to mix plant-based proteins into their diet whenever they can. When Raca gets home from a late shift, they’ll chow down on vegan junk food like faux crab cakes or chicken fingers. Their biggest non-vegan guilty pleasure, however, is cheese. It’s the one thing Raca knows she would never be able to give up, and she thinks Cheese Boutique has the best selection in the city, hands down. If Raca doesn’t feel like making the trek to the west end, she’ll pop into Old’s Cool General, a funky convenience store near her house that carries an impressive selection of Ontario cheeses.

Raca and Burger moved into their ravine-facing apartment back in August. They loved the view and the recently renovated interiors. The kitchen is a bit tight, but the appliances are all Bosch and the cabinets are smartly designed. Raca is actually grateful for the smallish fridge—she tends to pack her fridge to bursting, and if it was any bigger she knows she would end up wasting food.

This is not a house that shies away from carbs. Because she can’t always get her favourite fresh stuff from Famiglia Baldassarre, Raca always has some dry options on hand: 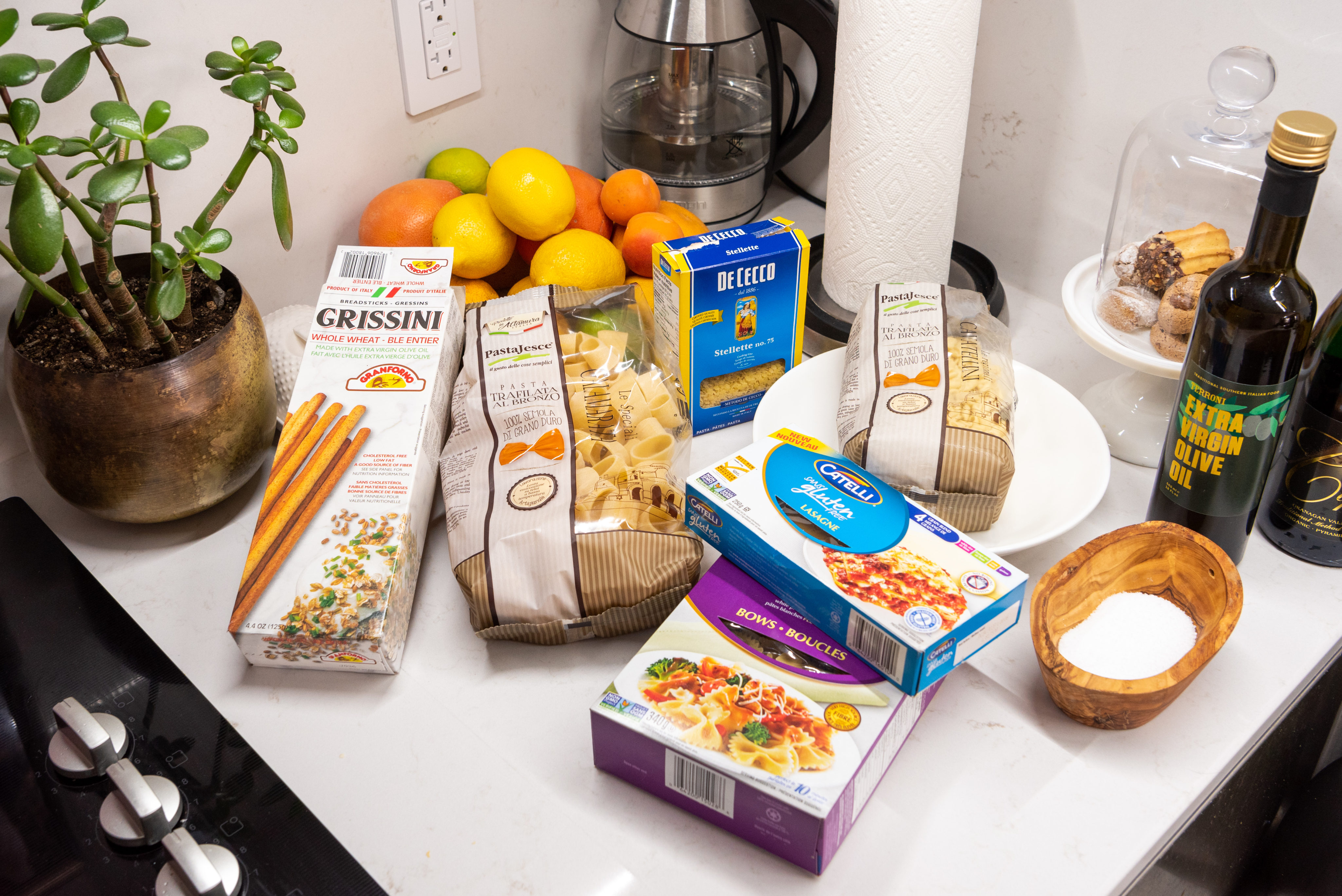 Raca says she barely drinks wine because it makes her “too emo.” She’ll enjoy a glass of amarone once in a while, but on the regular, she prefers gin- or vodka-based cocktails:

Raca is currently working on her own cookbook, so she’s more interested than ever in the aesthetics of cookbooks. Here are a few of her favourites:

This is a Staub household: 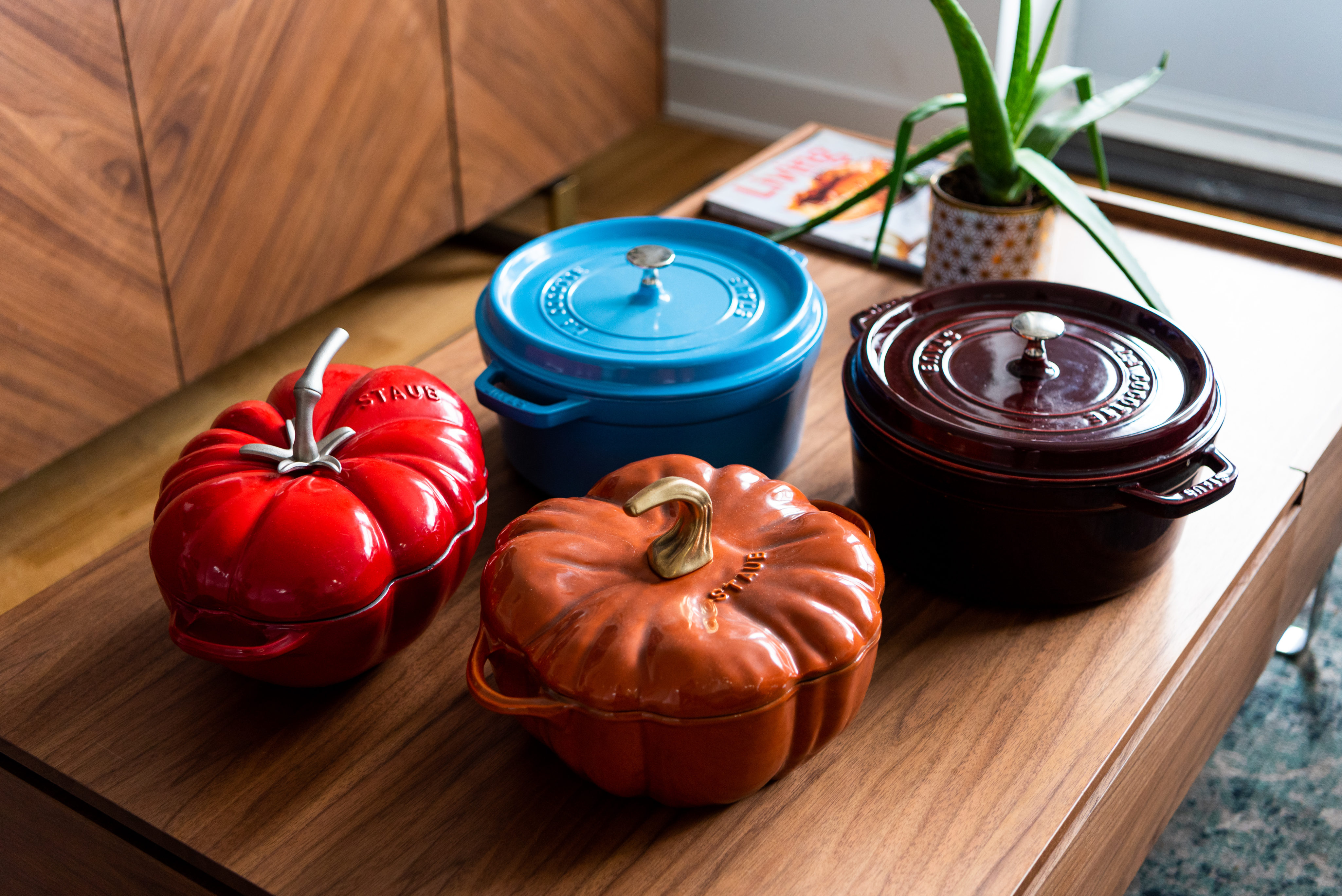 Raca recently raffled off some of her fancier knives at a charity event she threw last December. Here’s what’s left:

When it comes to dinnerware, Raca hates uniformity. Her kitchen collection is a motley mix of plates and bowls she’s collected over the years: 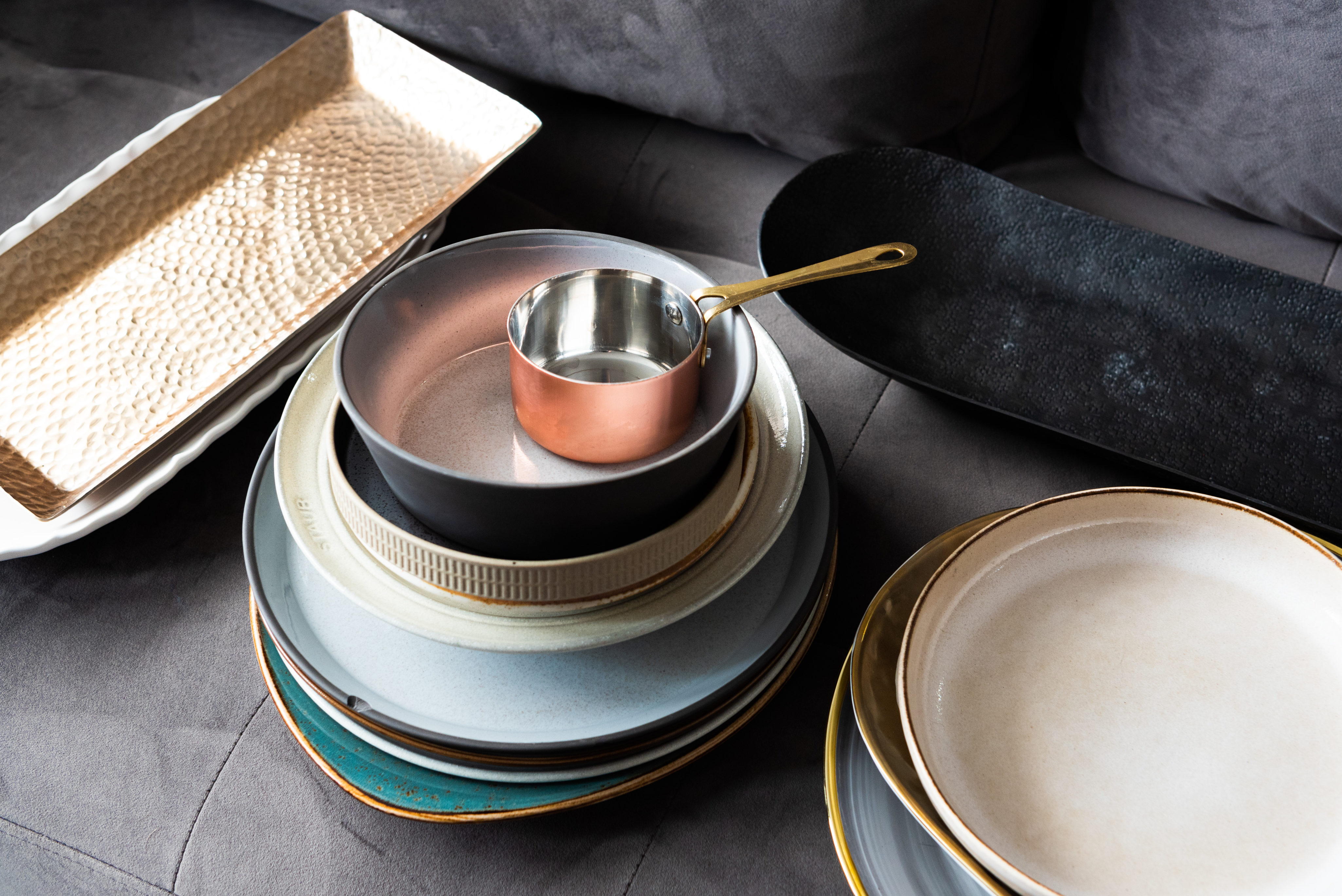 Raca loves antiquing. She got these 1830s pastry tongs at Old Trunk in Parkdale: 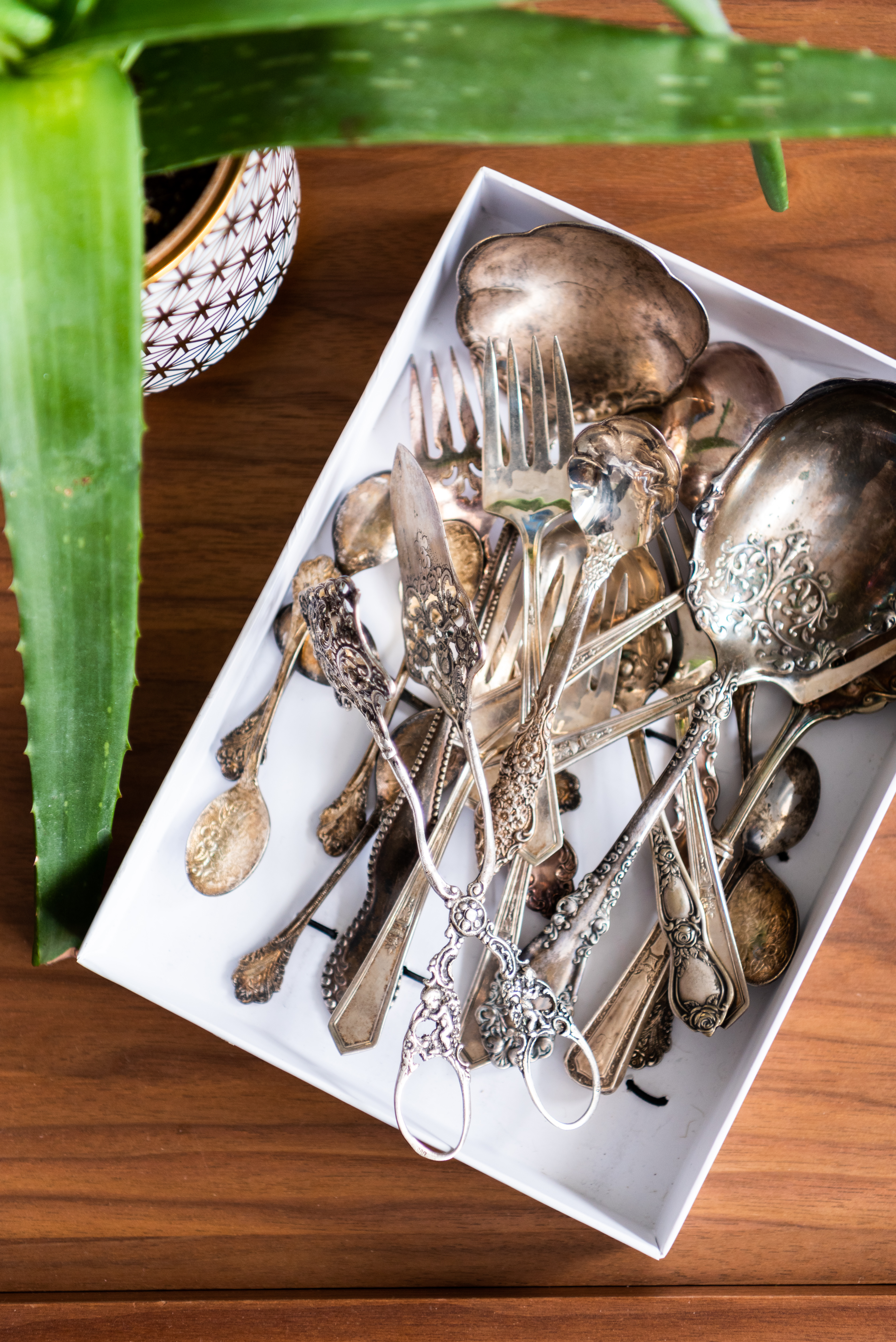 Thanks, Ivana, James and Atlas! 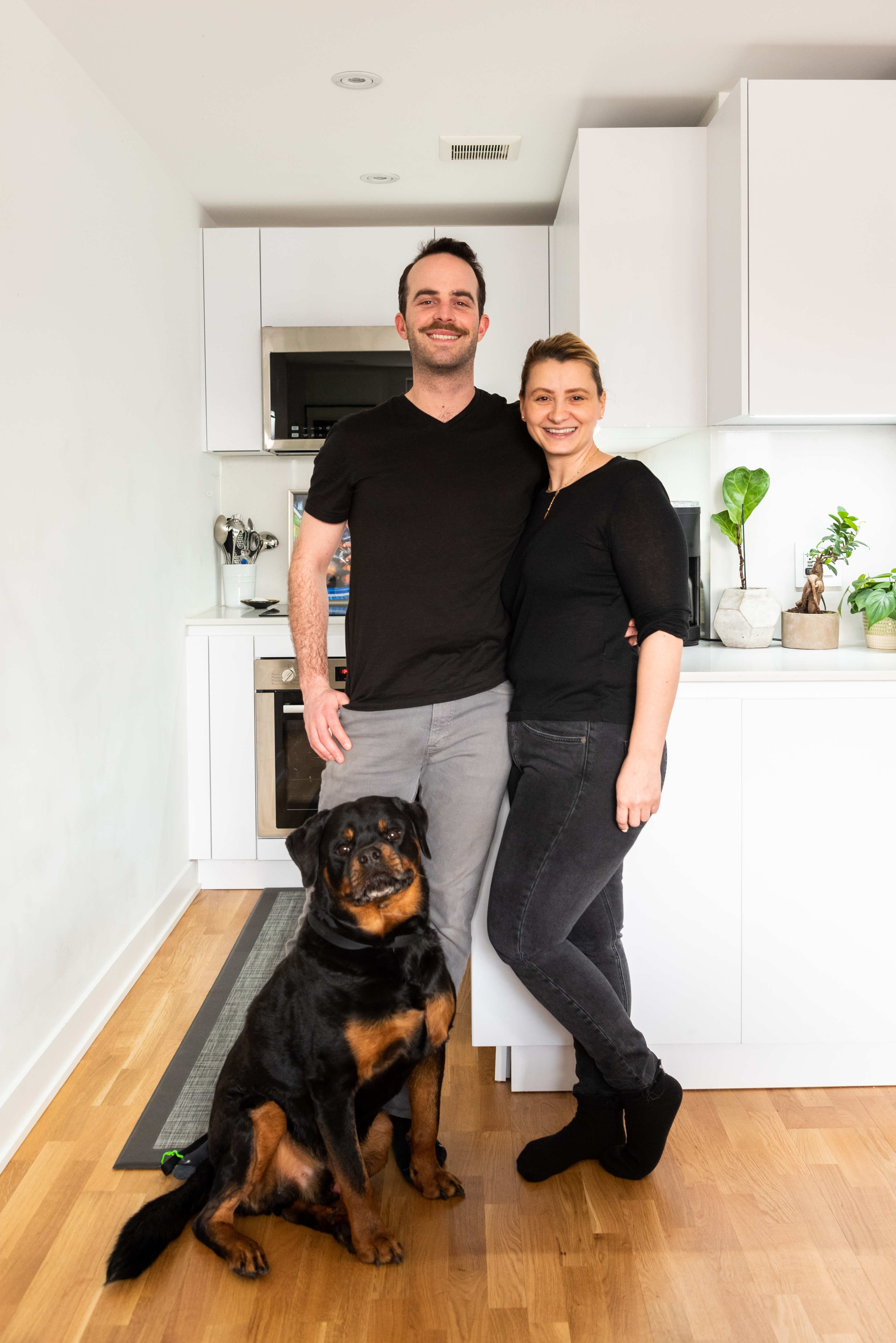