Life was a lot simpler for John Sinopoli two years ago—all his business ventures (Ascari Enoteca, Gare de L’Est, Hi-Lo bar) were in Leslieville, and he had recently moved in with his partner, Rose Pereira. Then baby Oscar arrived, and shortly after that Sinopoli opened a second Ascari outpost on King West. These days, the chef’s balancing his 20-month-old son’s sleep schedule with running restaurants across the city, while simultaneously trying to house hunt (their Annex rental is starting to feel a bit snug). 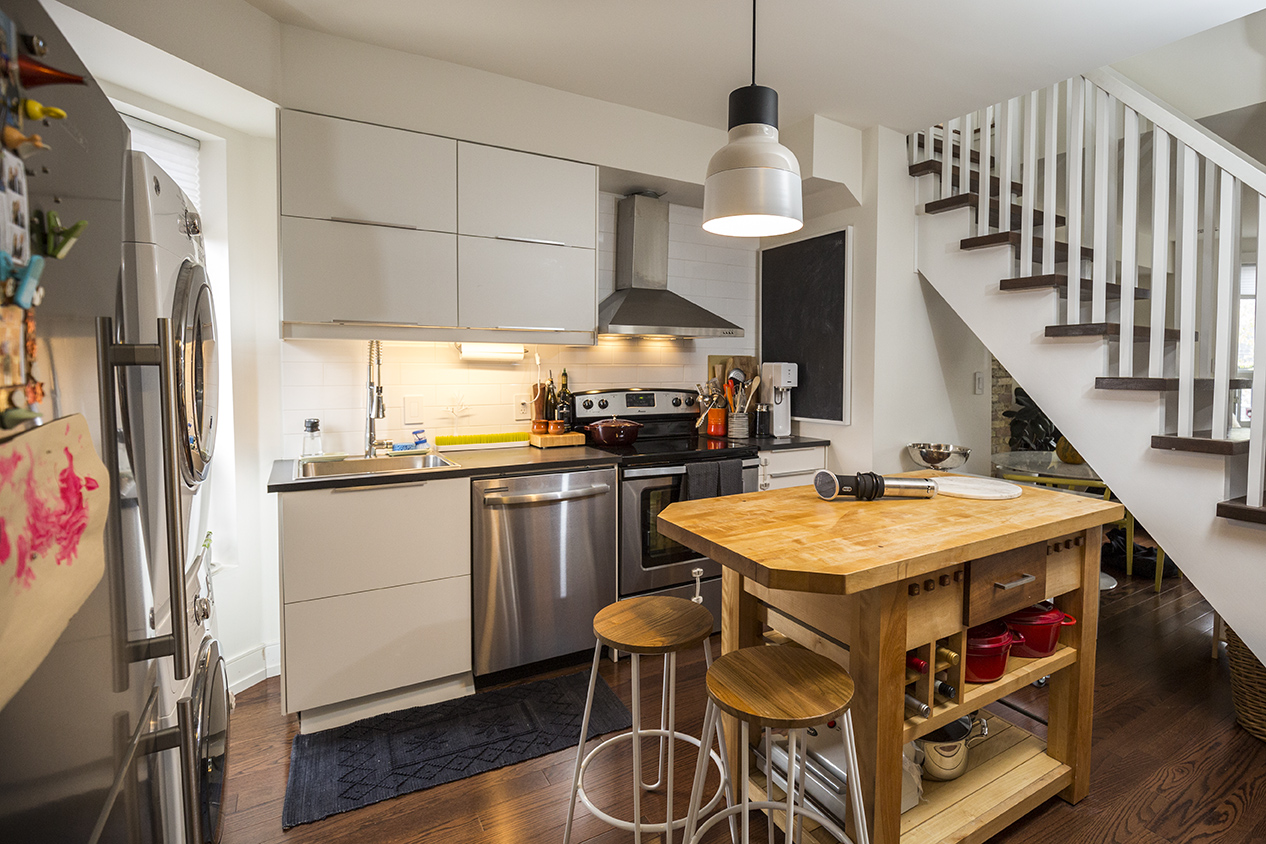 Although it seems like his life’s more hectic than ever, Sinopoli has doubled down on keeping his work-life balance weighted towards family. He’s given up the nocturnal chef life, which is probably for the best as Oscar has him up by 5:30 a.m. most days. While mom gets some extra shut-eye, Sinopoli makes Oscar breakfast, usually scrambled eggs with some fruit. Dad’s breakfast will be whatever Oscar doesn’t finish. 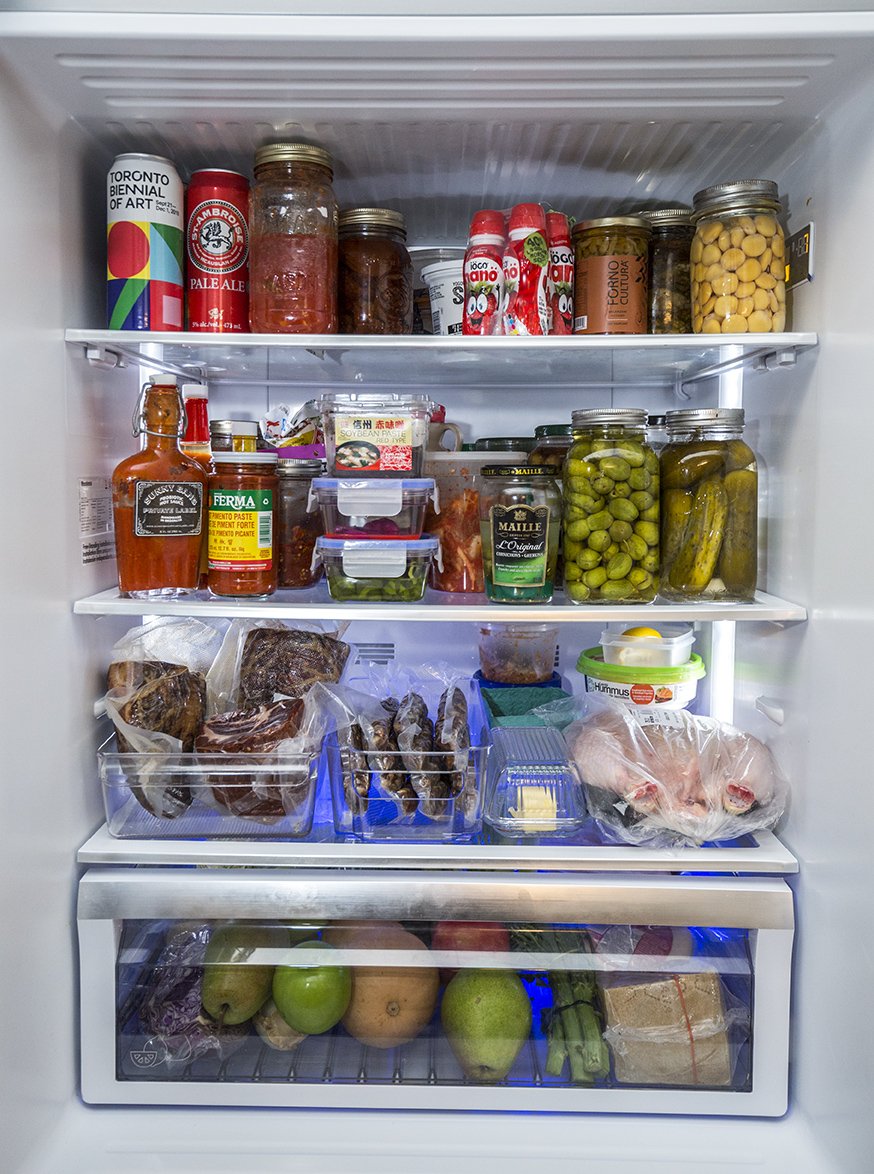 After dropping Oscar off at pre-school, Sinopoli will head to the office or one of his restaurants for back-to-back meetings. Lunch is an unplanned affair: if he’s on the east side (where his restaurants only serve dinner) he’ll grab pierogis from Hastings Snack Bar or a bowl of pho at Com Tam. If he’s downtown, however, Sinopoli will get something at Ascari King West. Lately, he’s been loving their almond-stuffed chicken breast. He tries his best to be home no later than 6:30 p.m., by which time Pereira has already fed Oscar. The two then put their son to sleep, and try to cook a quiet dinner for themselves—often something that can go into the oven with little fuss, like a roast chicken with vegetables. “I’d rather not eat than wake Oscar up,” says Sinopoli. 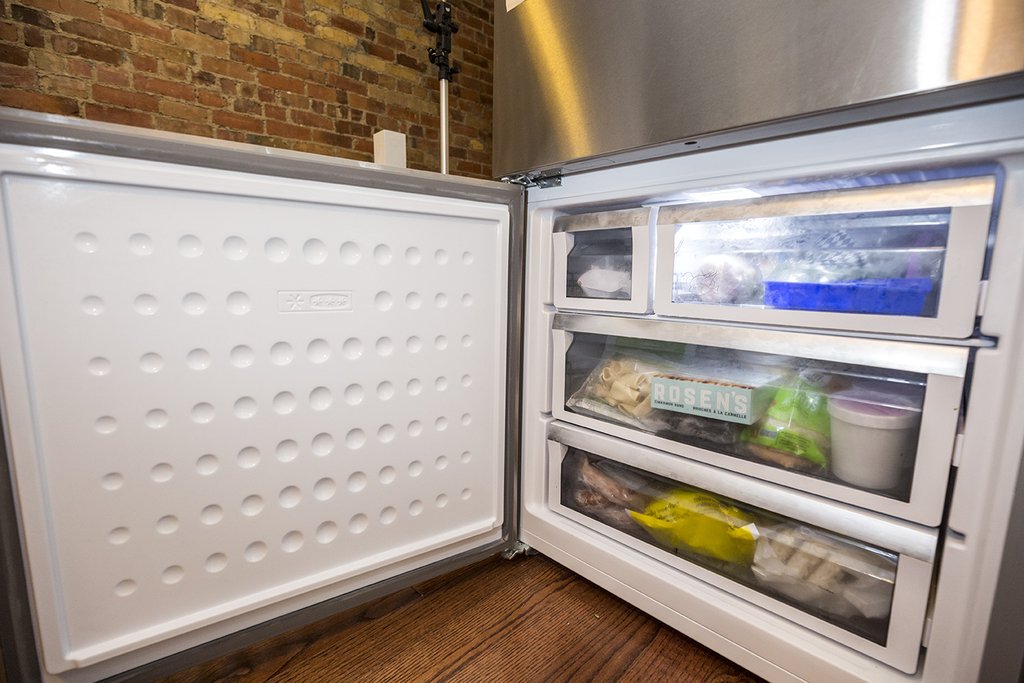 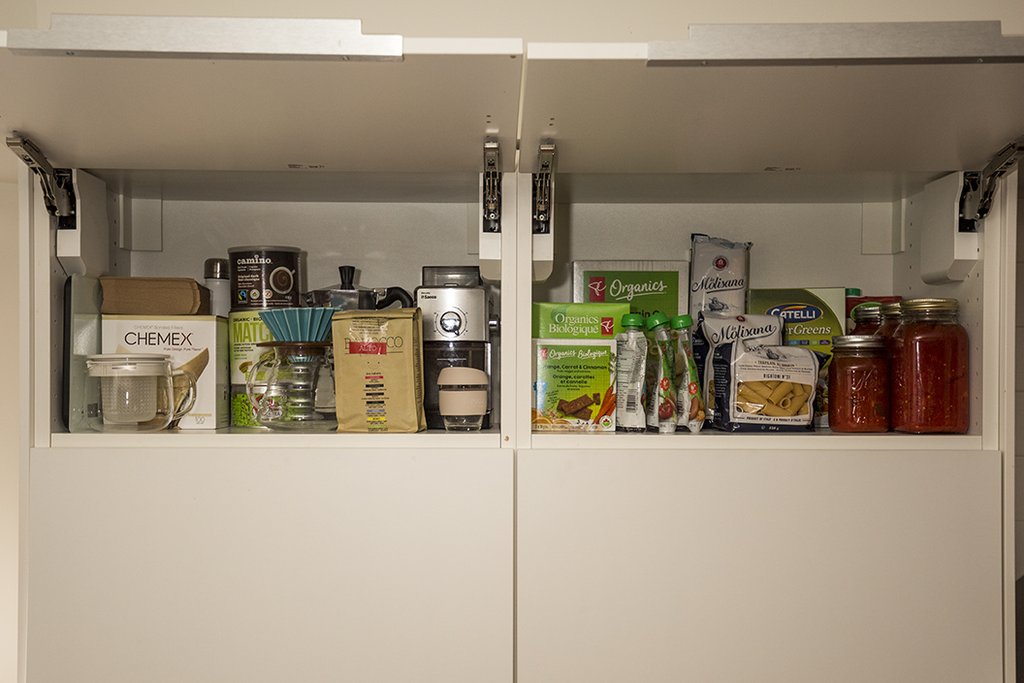 Their weekends include some permutation of Pereira’s #TheWeekendCoffeeReport (she likes to try a new café every week and post about it on social), a visit to Oscar’s grandparents’, a stop at the Wychwood Barns farmers’ market, and a city stroll during which the couple might pop into a few specialty shops to grab ingredients for dinner. 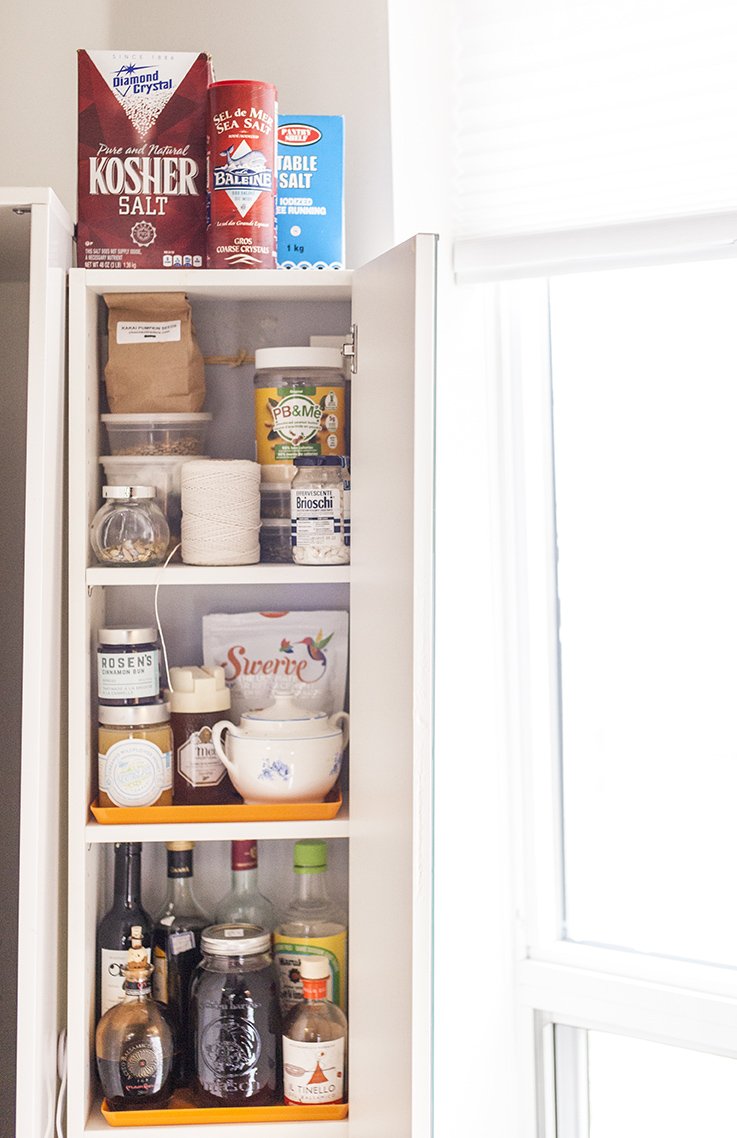 When it comes to grocery shopping, Fiesta Farms is the couple’s go-to supermarket. They get most of their meat from Gasparro’s, though, because they think the family-run butcher has the best product in terms of quality for value in the city. For produce, they’ll pick up stuff at the Wychwood Barns farmers’ market or pop down to one of Little Italy’s green grocers. Although the couple doesn’t eat much fish, they try to buy from Hooked when they can. And when it comes to splurging on super-fancy cheeses, Sinopoli thinks there’s no better place than Cheese Boutique. For everything Japanese (Sinopoli lived in Japan for a while), the chef loves Sanko, which carries high quality ramen noodles, miso pastes and soya sauces. 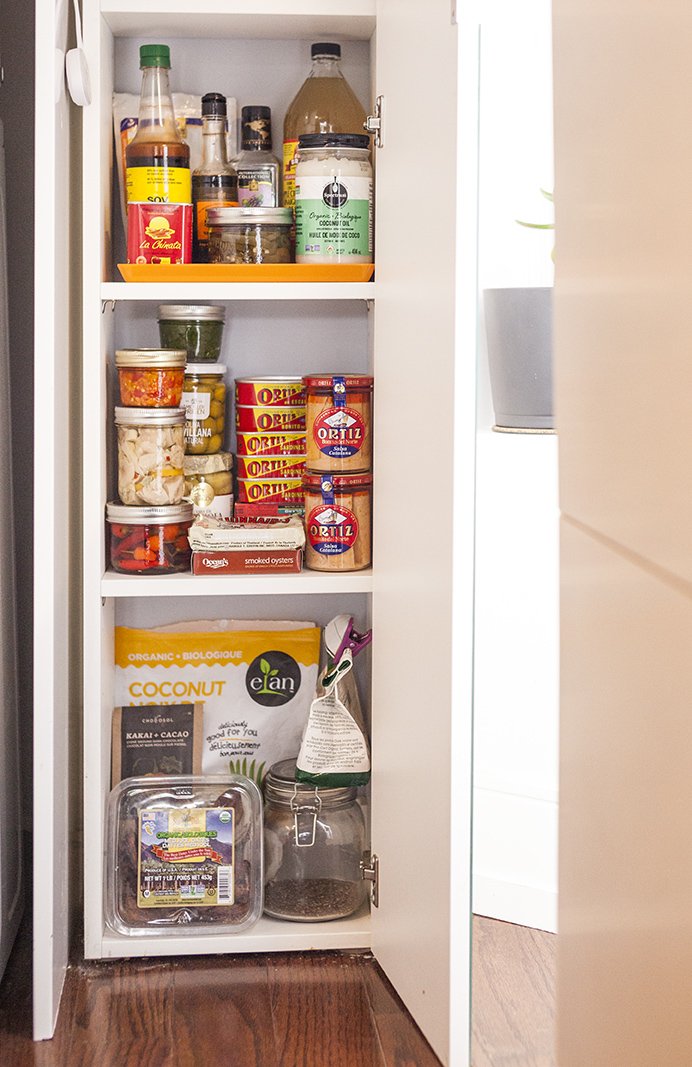 Tyler Keays built this storage-packed kitchen island for Sinopoli. It even has dowels that pull out for hanging fresh pasta: 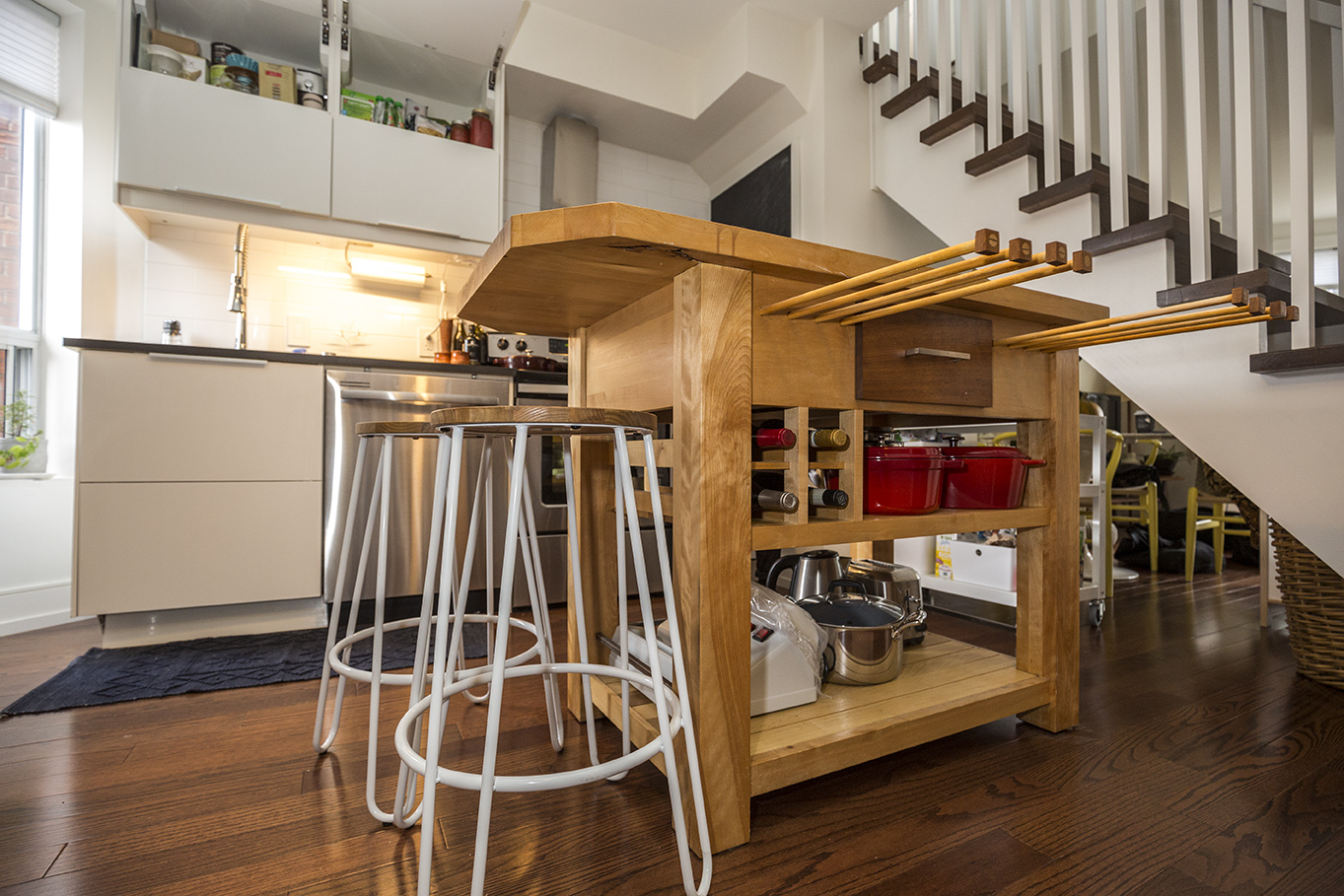 When it comes to kitchen toys, the only fancy gadgets Sinopoli insists on are a vac-packer and an Anova circulator. He loves cooking things sous vide, and the vacuum sealer also allows Sinopoli to buy whole animals and break them down himself. Here’s what’s inside Sinopoli’s knife roll: 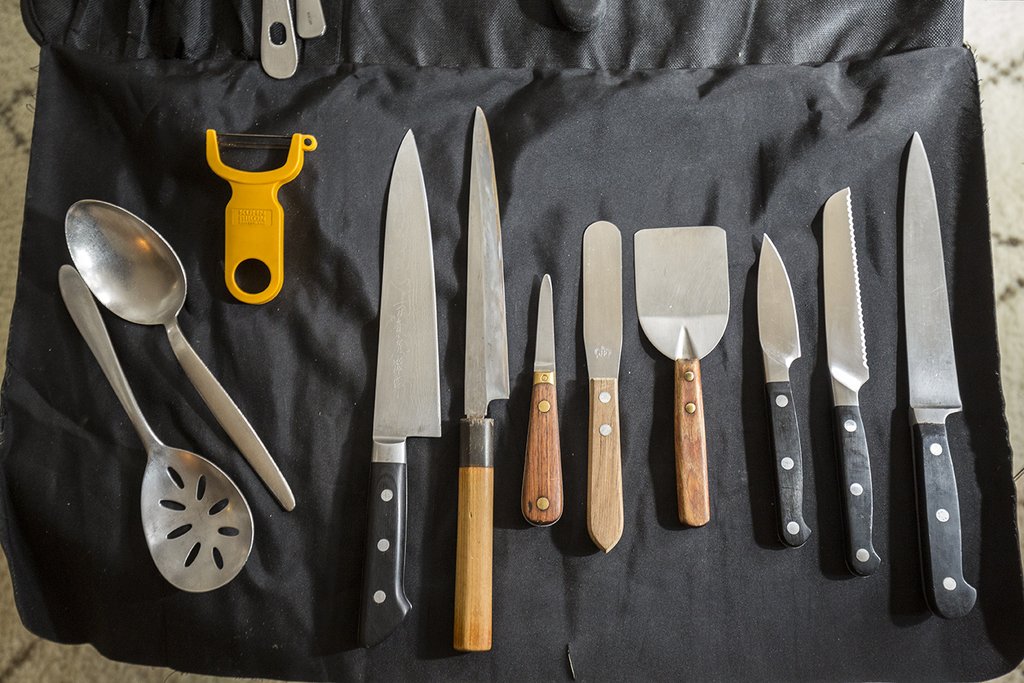 This is just a slice of Sinopoli’s cookbook collection. He has another entire bookcase upstairs, and a few dozen more books spread across his restaurants. When he has an idea of a dish he wants to cook, he’ll then turn to cookbooks to help him hone the idea. As for booze, there’s one type of hooch that has a special place in Sinopoli’s heart and liquor cabinet: amari. The more medicinal the better, he says: 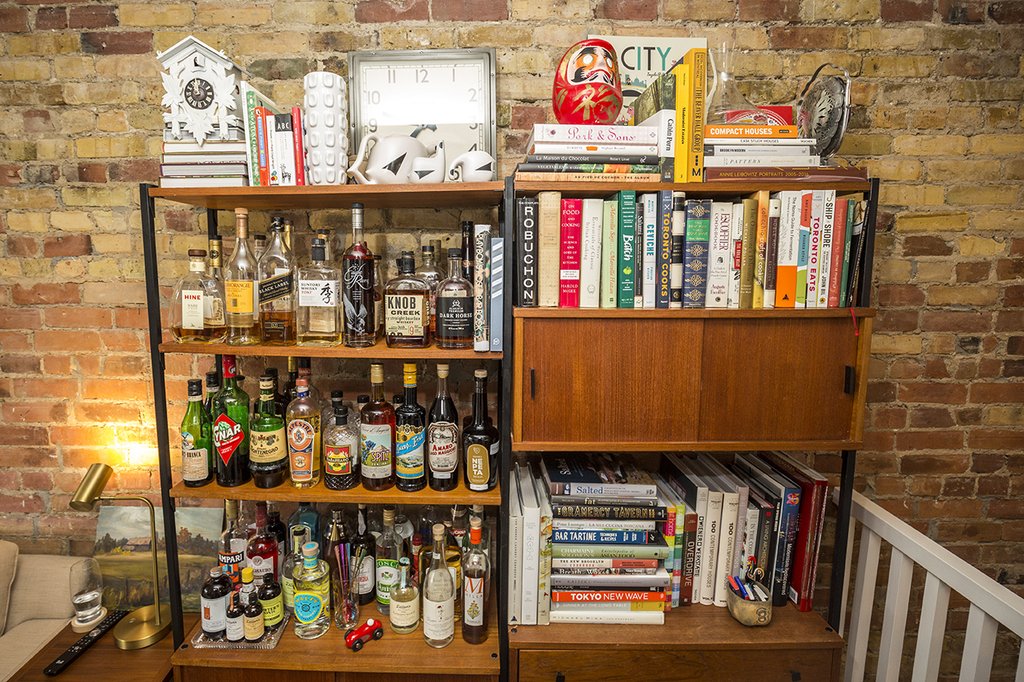 Sinopoli’s cooking style is rooted in his childhood food memories. Some of the recipes in this Abruzzian cookbook were written by women his mother grew up with: 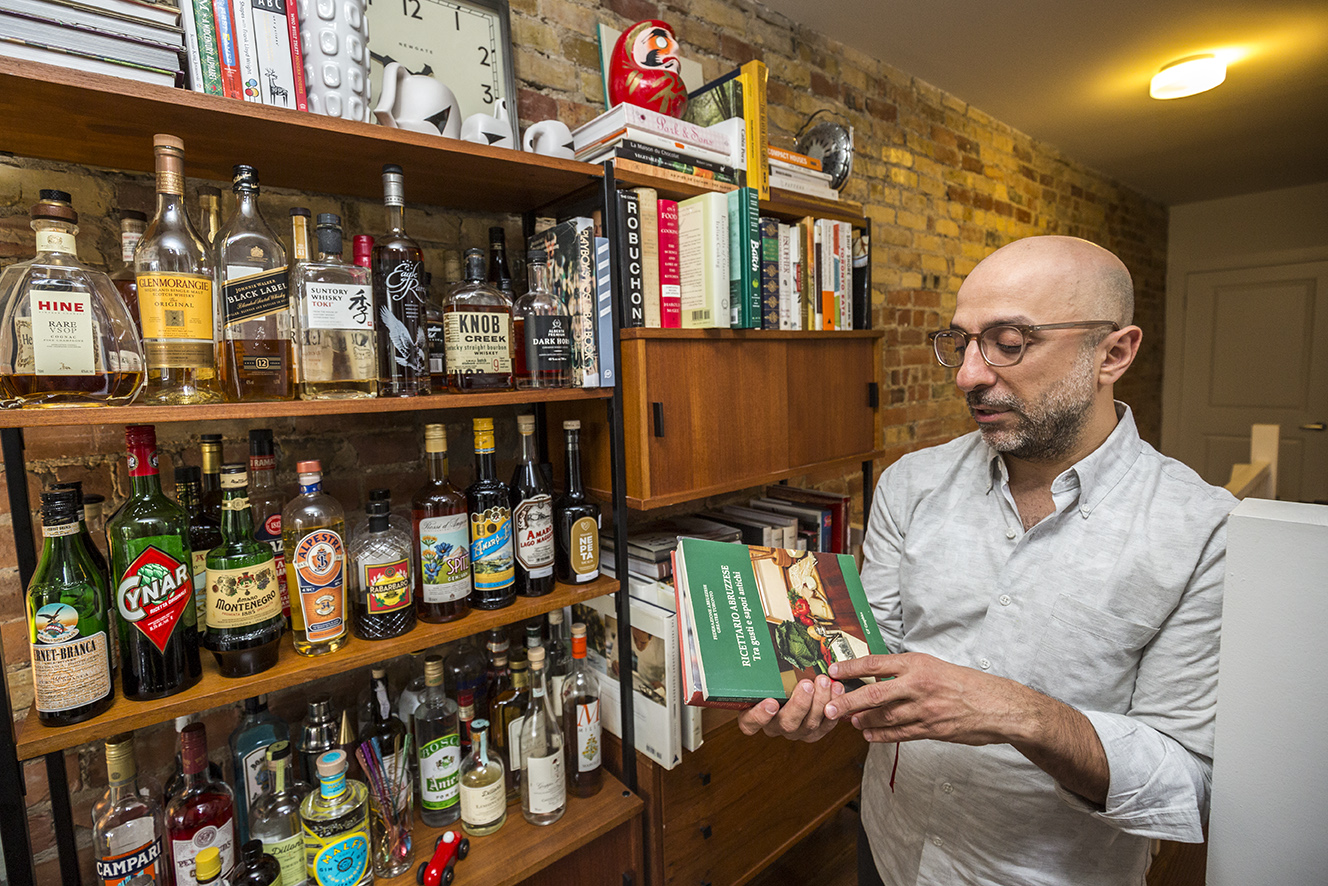 Here are a few bottles from Sinopoli’s wine collection. He has a couple wine importer friends, including Nicholas Pearce, who get him interesting bottles from all over the world: 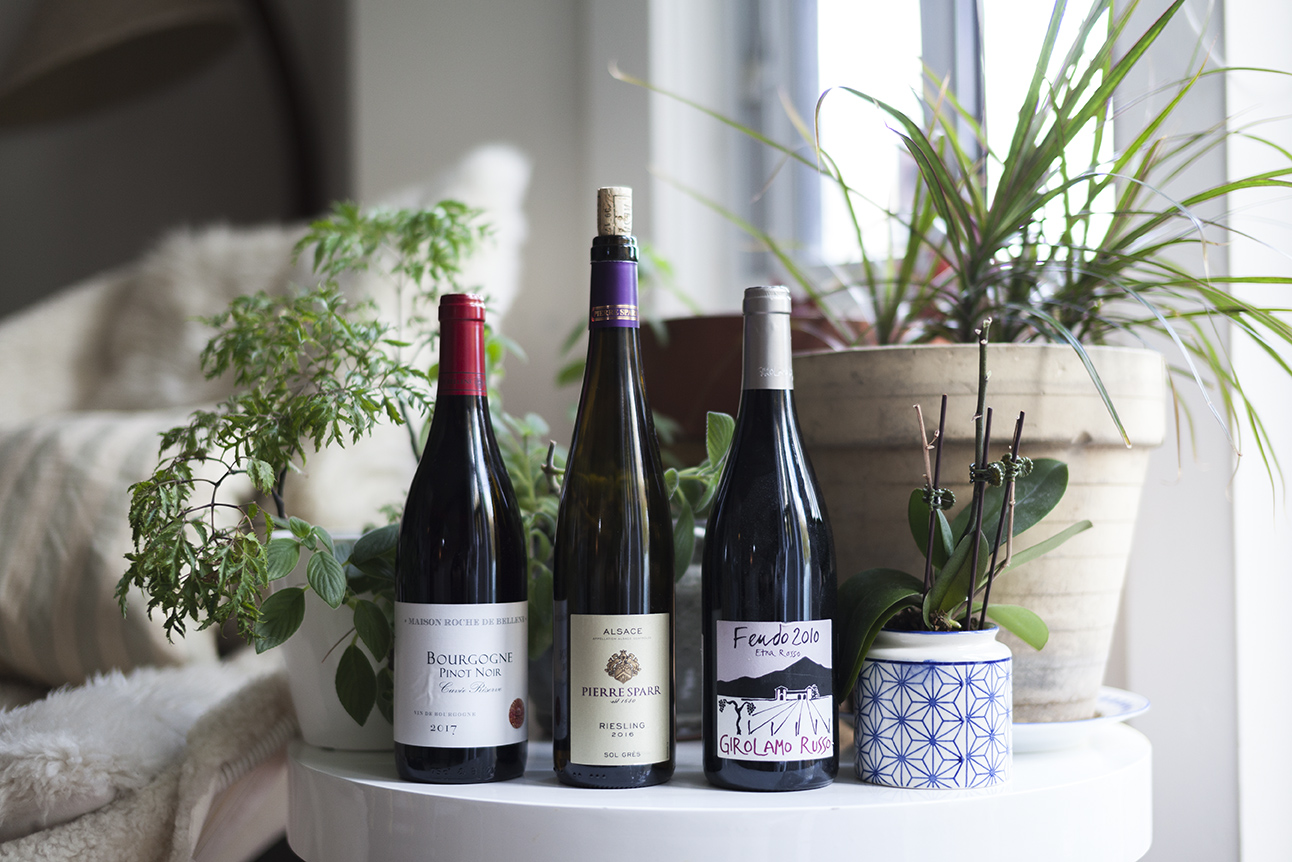 This is a kakai pumpkin, a rare Hungarian gourd that bares seeds without husks, so you can scoop them out and pop them straight in the oven with no hulling fuss. Sinopoli was introduced to the miracle gourd by his pals at Chocosol who make a chocolate bar with the seeds: 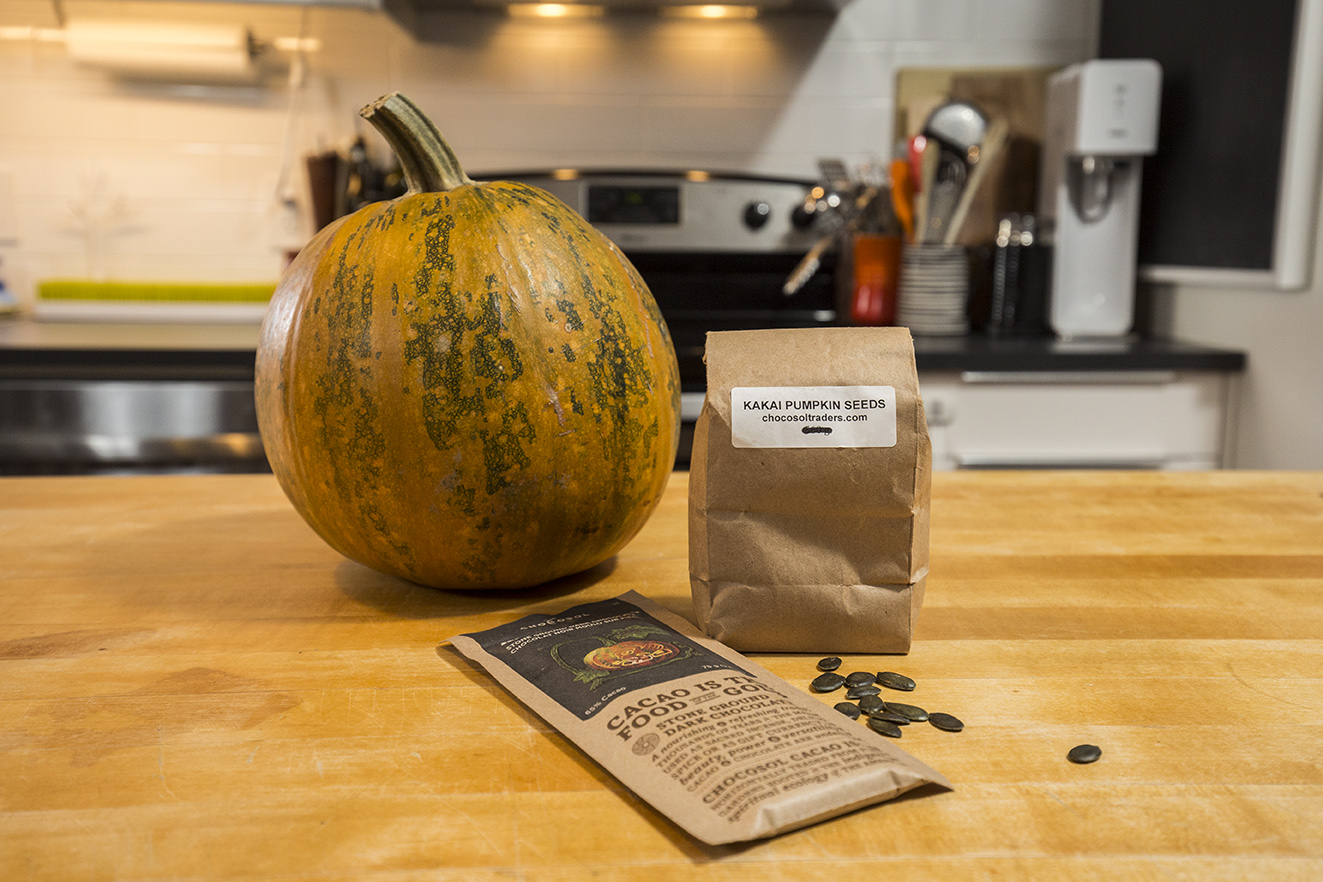 Every year, Sinopoli and seven friends get together for a sausage party. It’s exactly what it sounds like: a bunch of guys gathered in a Woodbridge basement stuffing and curing Italian sausages over a cold January weekend. They make a few hundred links every year: 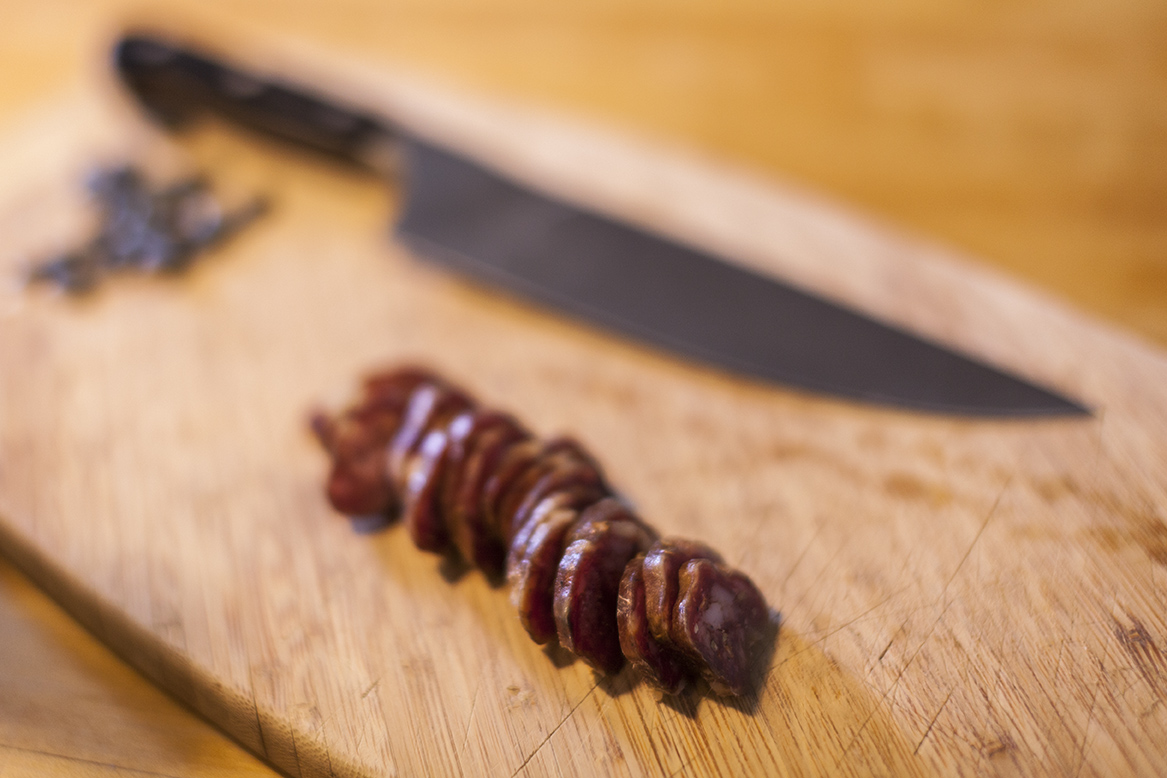 This olive oil was a gift from the folks who own Futura Granita. Their family owns an olive grove in Italy and they bring back barrels of the stuff. Sinopoli gave them some of his sausages in exchange: 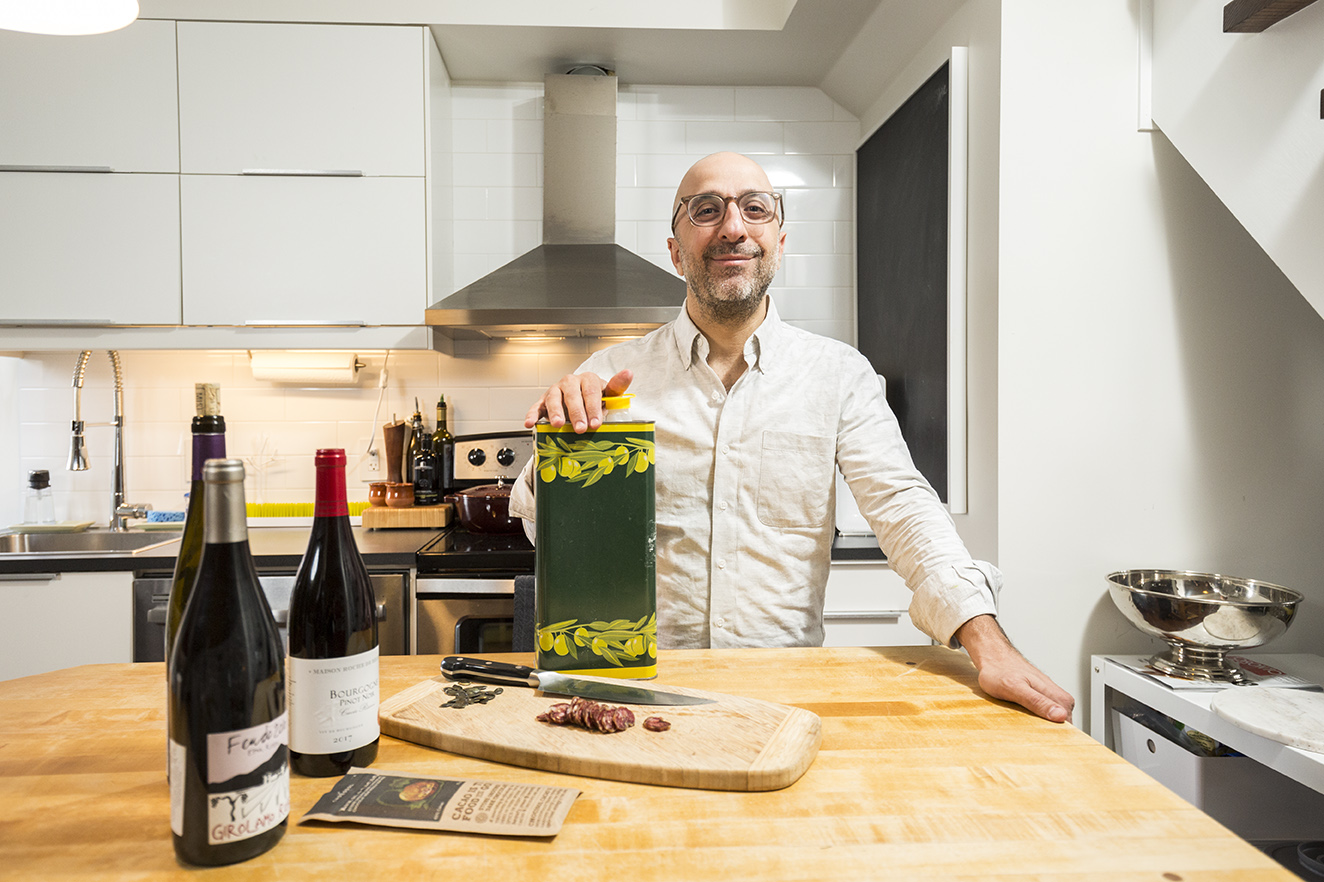 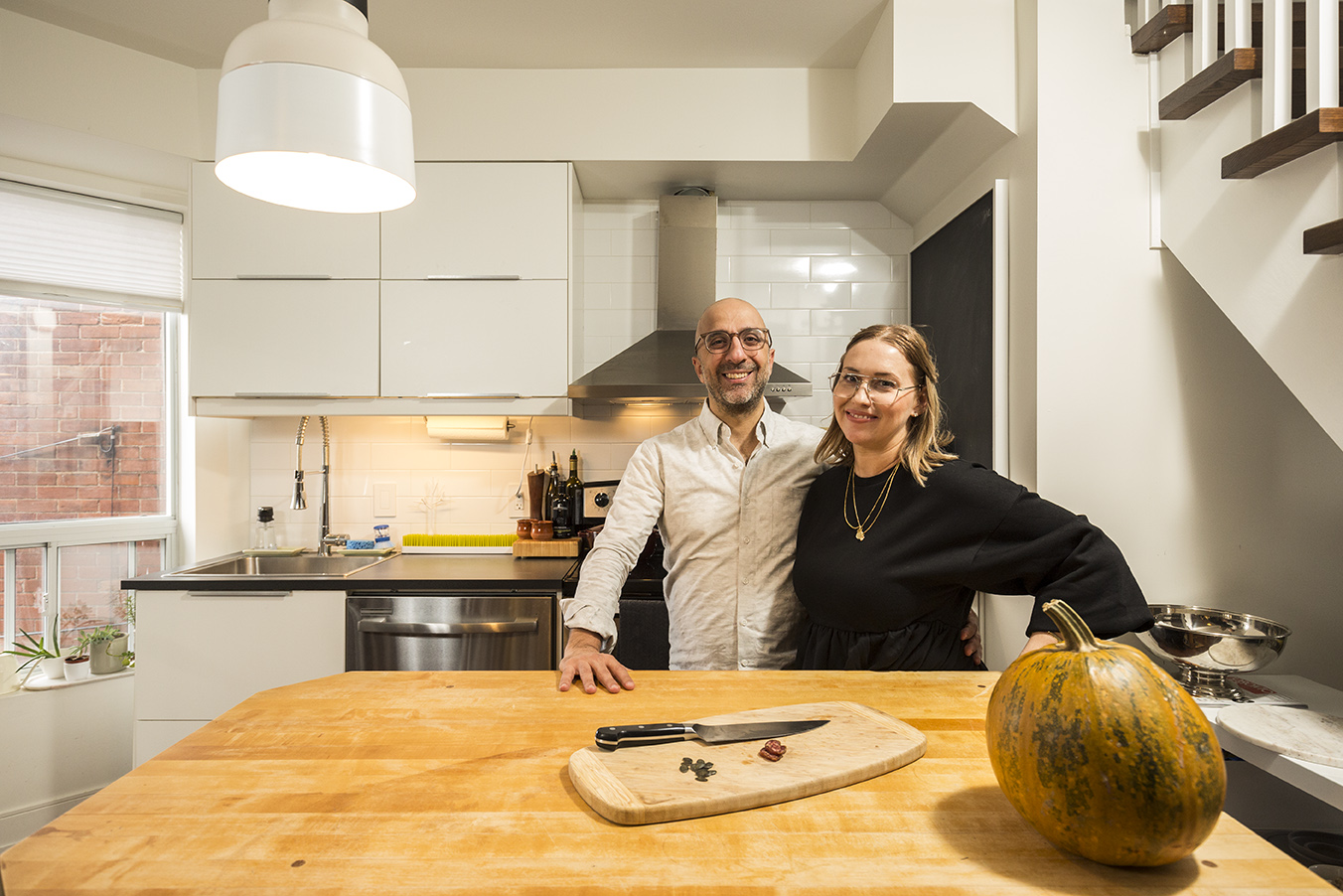