In 2014, when most of Ariel Coplan’s friends were putting down payments on their first houses, Ariel decided to do something a bit more terrifying with his savings: he opened his first restaurant, Thoroughbred. The young restaurateur threw every ounce of energy he had into his new business, and it was leaving him an empty shell of a person. After seeing other industry colleagues struggle with burnout, Coplan realized he needed to get his work-life balance in check. That’s around the time he started Not 9 to 5, a non-profit aimed at addressing mental health and addiction in the hospitality industry. 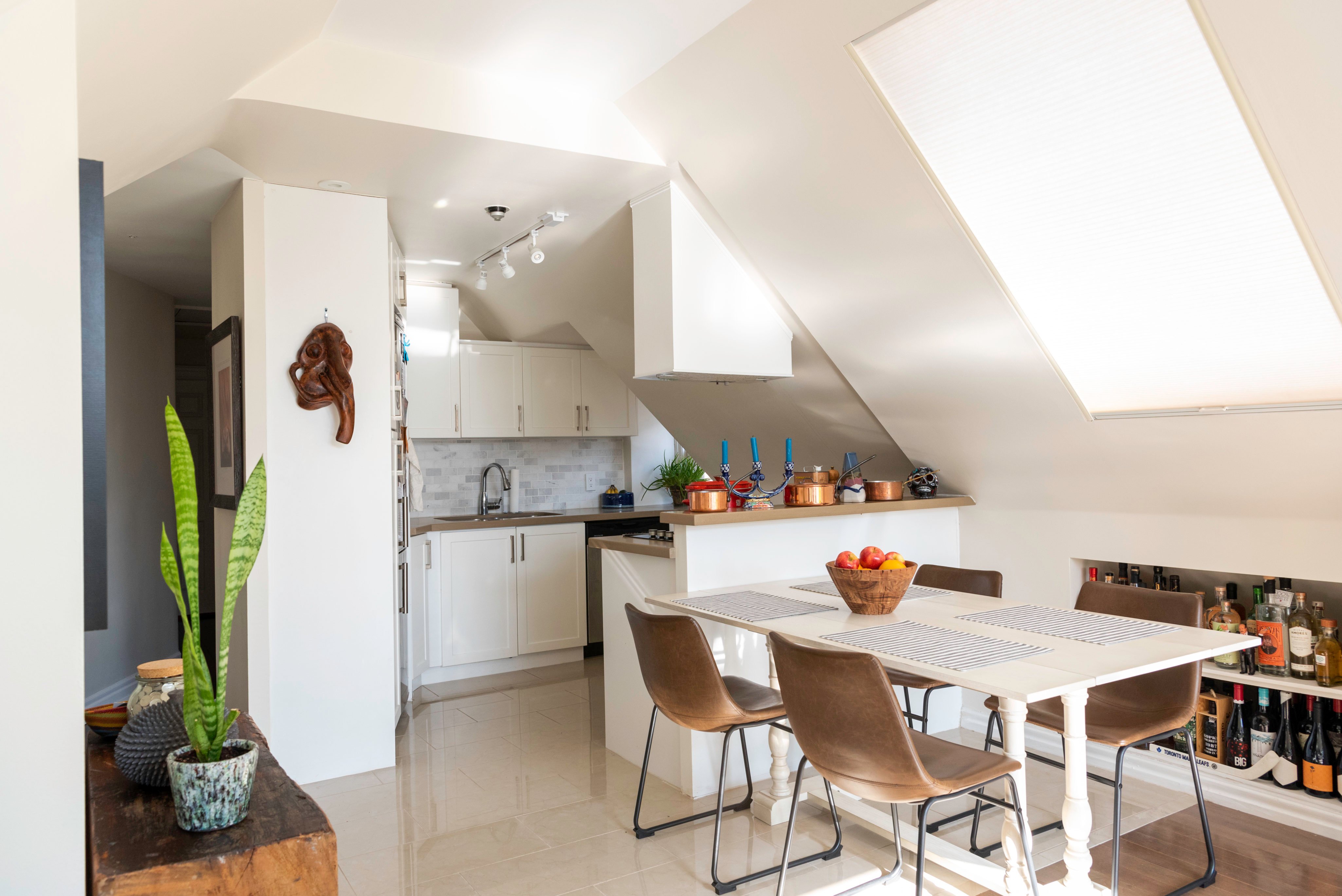 These days, Coplan co-owns Grand Cru Deli (the funky wine bar with deli-style dishes that took over the Thoroughbred space) and is the executive chef for Distrikt 461 (The Green Wood, Spin). Although he’s juggling more balls than ever—starting a non-profit, owning a restaurant and overseeing a growing restaurant group—he’s become a time-management pro. “I’m learning how to relax and do nothing,” says Coplan.

Three years ago, an ulcer prompted Coplan to overhaul his diet. He can no longer drink coffee, eat anything spicy (he really misses Jamaican and Indian food) and he needs to be careful when it comes to anything high in acid or fat. His weekday mornings start with a glass of water and a chia- and flax-topped bowl of cereal, and he’ll have a salad at the Green Wood for lunch (the cobb is his current favourite). For dinner he’ll eat something he prepped over the weekend (usually a baked pasta). Weekends are a bit more indulgent: most Saturdays, Coplan and his girlfriend, Andreea Lizano, will go for dim sum at Crown Princess or The Pearl Harbourfront.

For groceries, Coplan thinks Fiesta Farms is one of the best places to shop in the city—he says that their meat, produce and baking ingredients are all top-notch. If he’s looking for some specialty beef, though, he’ll hit up Chantecler Boucherie, Cumbrae’s or Bespoke Butchers. He travels the furthest for cheese, going all the way west to Cheese Boutique, or north to Speducci Mercatto. When it comes to bread, he thinks Blackbird Baking Co. makes the best stuff in town. Coplan is also big into seasonal cooking, so he’ll often hit up a farmer’s market (St. Lawrence, Wychwood or Dufferin Grove) for fruits and veggies.

Nothing to see here, just a banana graveyard: 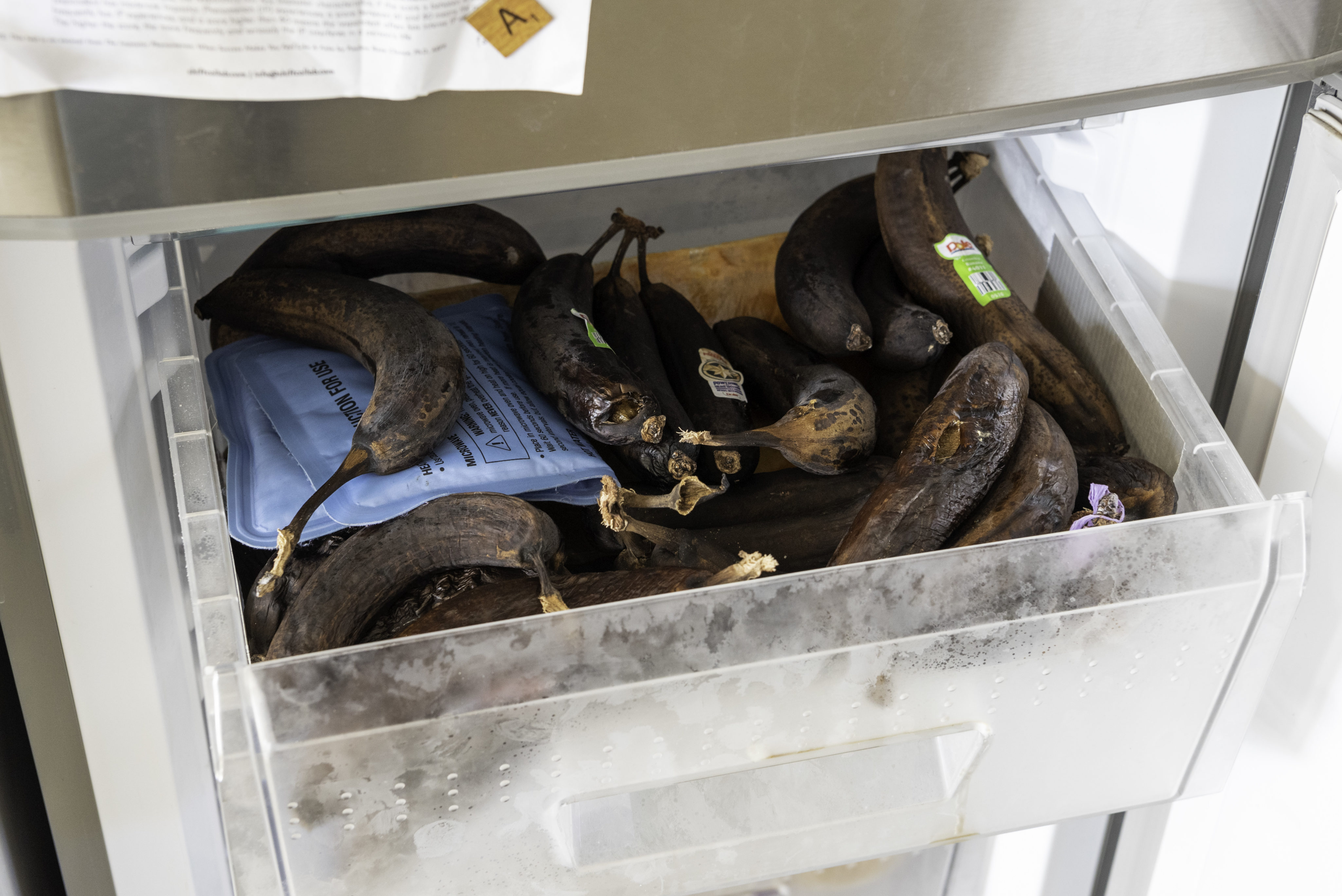 Coplan doesn’t discriminate between spirits and wine, beer or cider because, according to him, “There’s good and there’s bad in everything.” He just tries to build his home bar collection around the good stuff:

His cookbook collection is a mix of vintage books, informational ones (he loves to dig into the history and science of food) and cookbooks that are just plain aesthetically pleasing:

Coplan isn’t a gadget guy—he thinks all you need are good knives, pans and a decent oven and stove. His oven, though, is a bit tight for his needs. He can’t even bake a small turkey in it. Here’s a look at some of his go-to cooking utensils:

This hamburger phone is an old knick-knack from Thoroughbred. The lunch box belonged to Coplan’s brother: 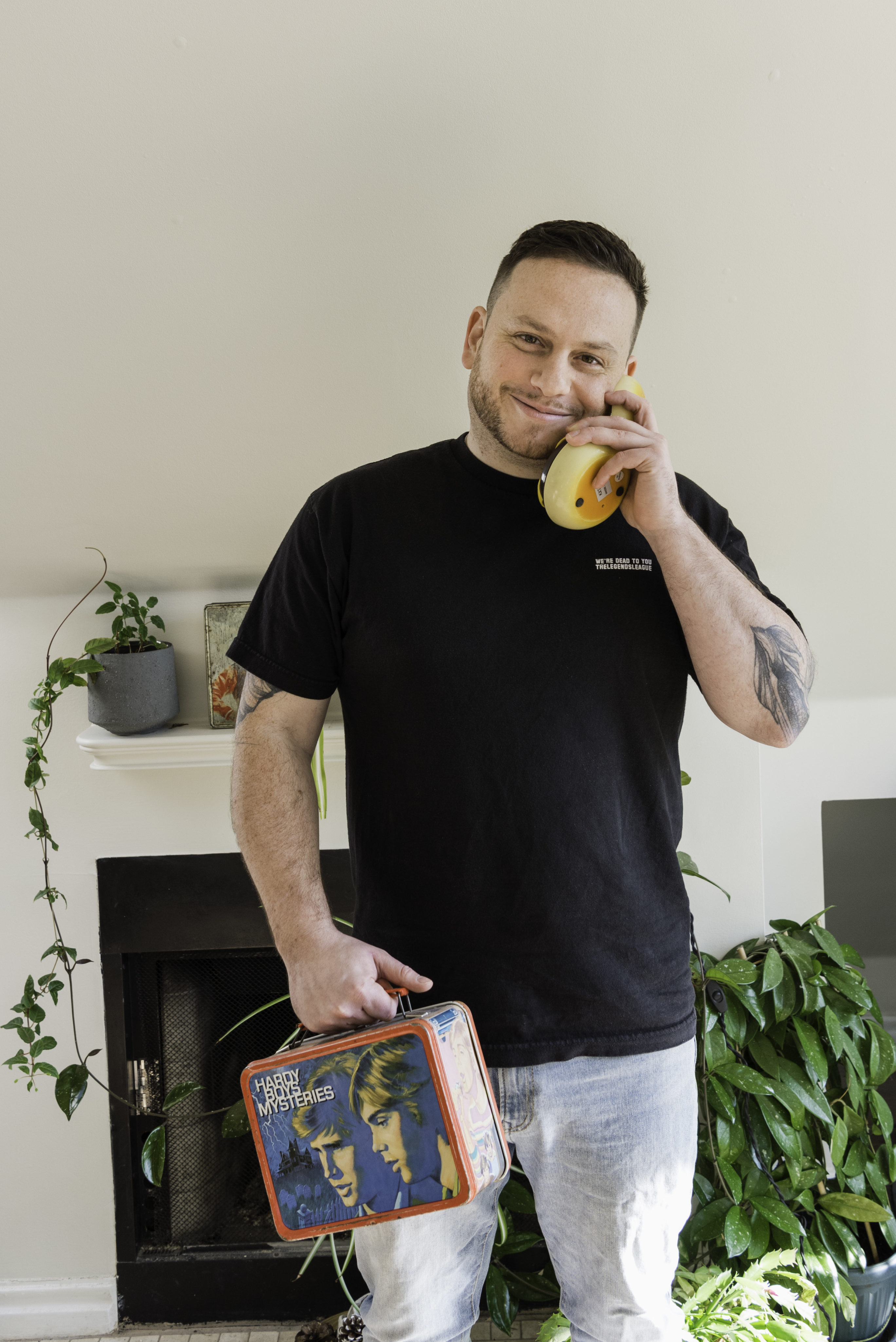 This is a cocktail tree—it grows both Meyer lemons and key limes: 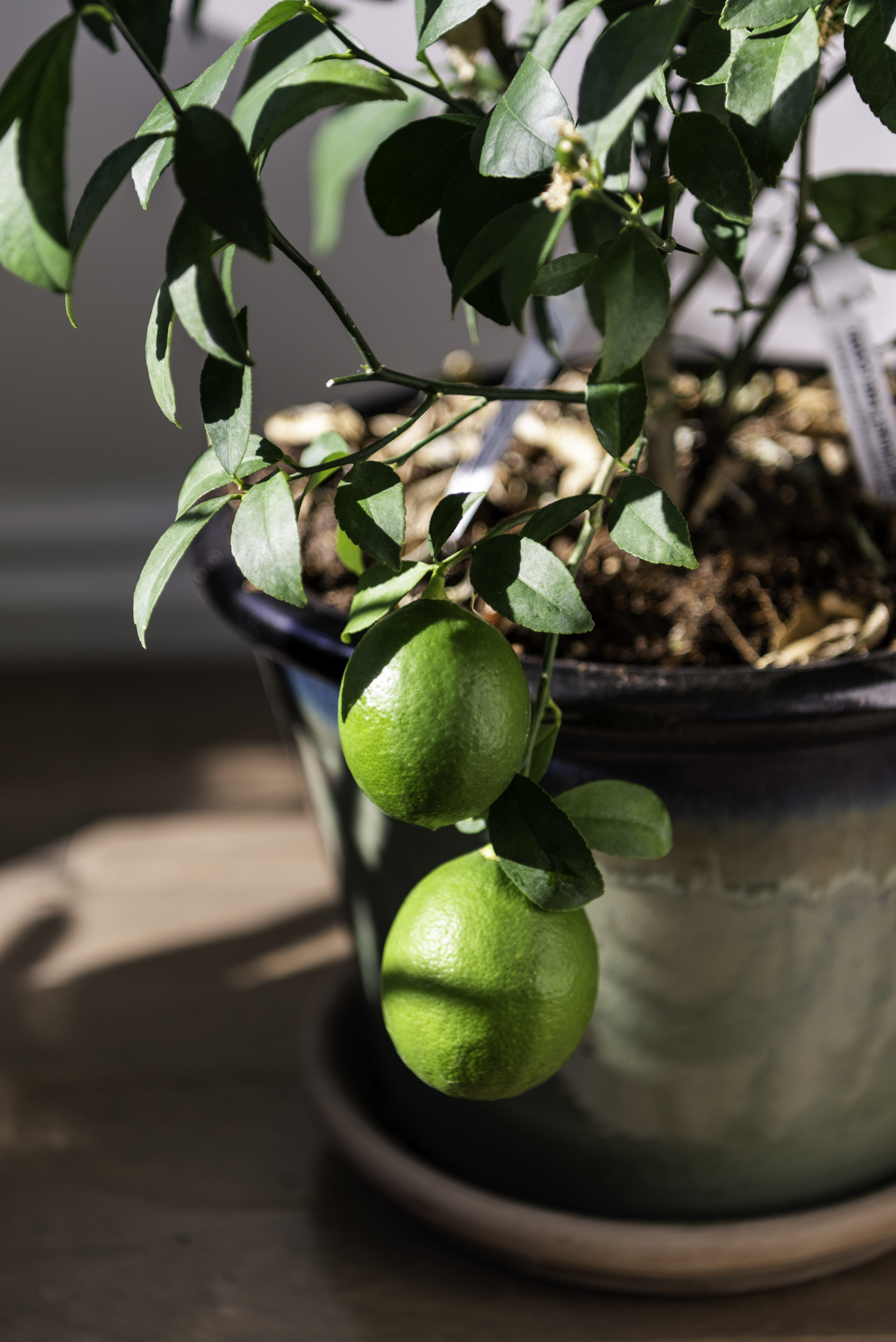 Here’s a picture of Coplan in kindergarten: 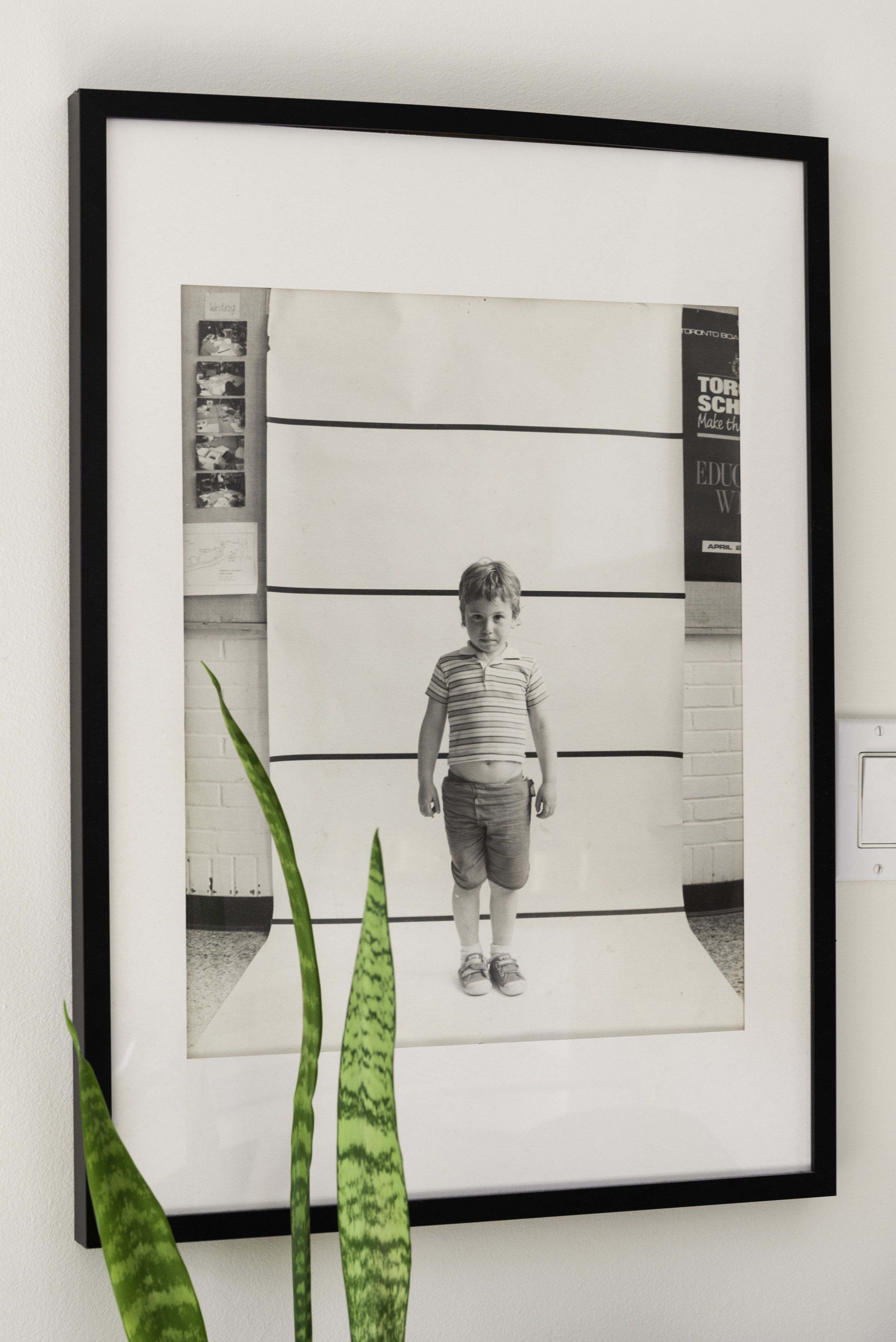 And a side-by-side comparison: 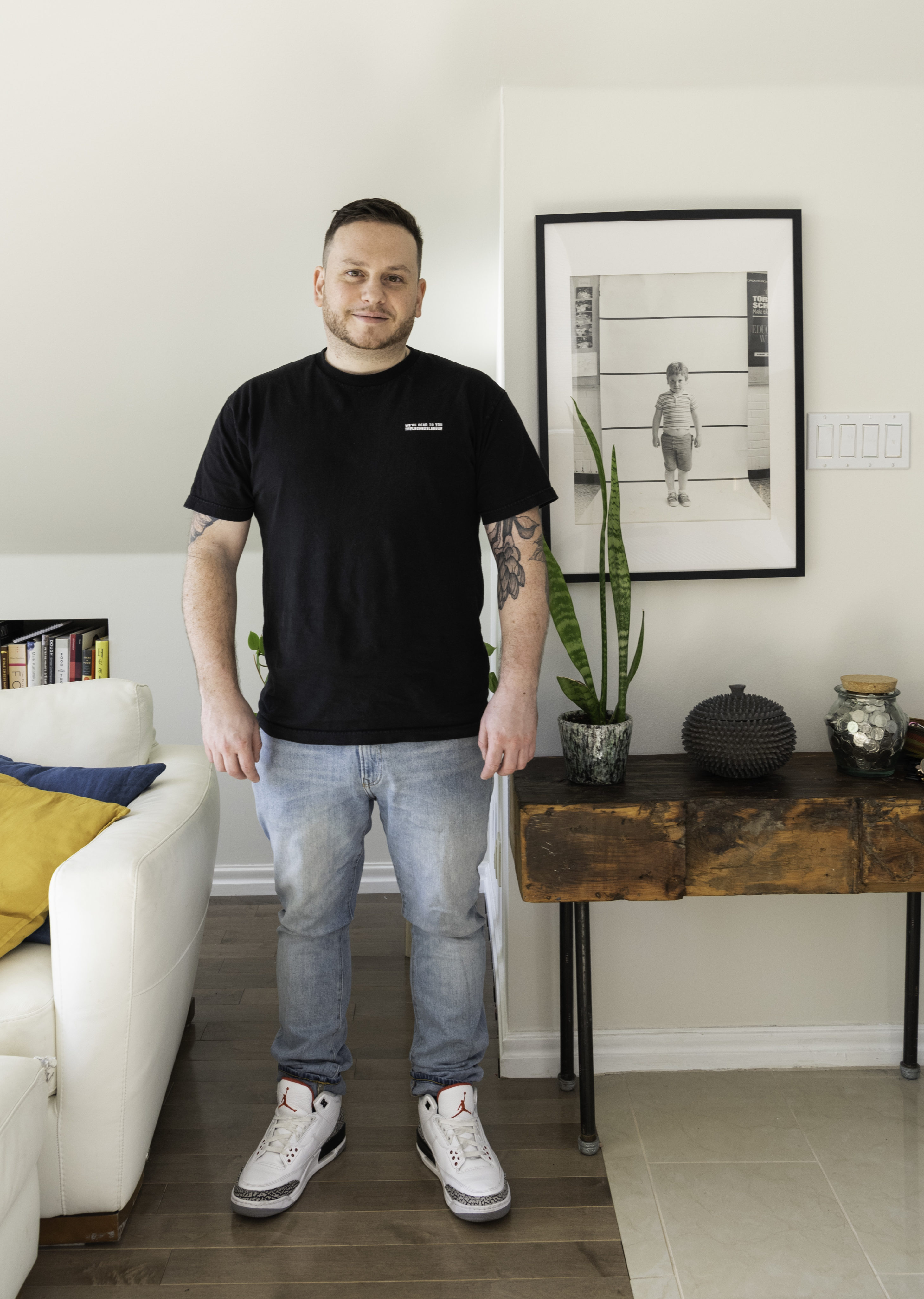