Sweet Hart Kitchen owner Alexandra Courts met her now-husband Pat Murphy five years ago while working at Bunner’s Bakeshop. Murphy, a long-time vegan with a sweet tooth, was immediately smitten. Later, after finding out the two shared a mutual friend, Murphy slid into Courts’s DMs, and six months later they moved in together.

Five years later, the couple still loves their light-drenched ’20s-era factory loft, but they struggle with the lack of storage space. This was especially true in the kitchen until one of Murphy’s handy friends built them a kitchen island that does double duty as a breakfast nook and a large cupboard for their pots and pans. Previously, there was barely enough space for their dry goods. 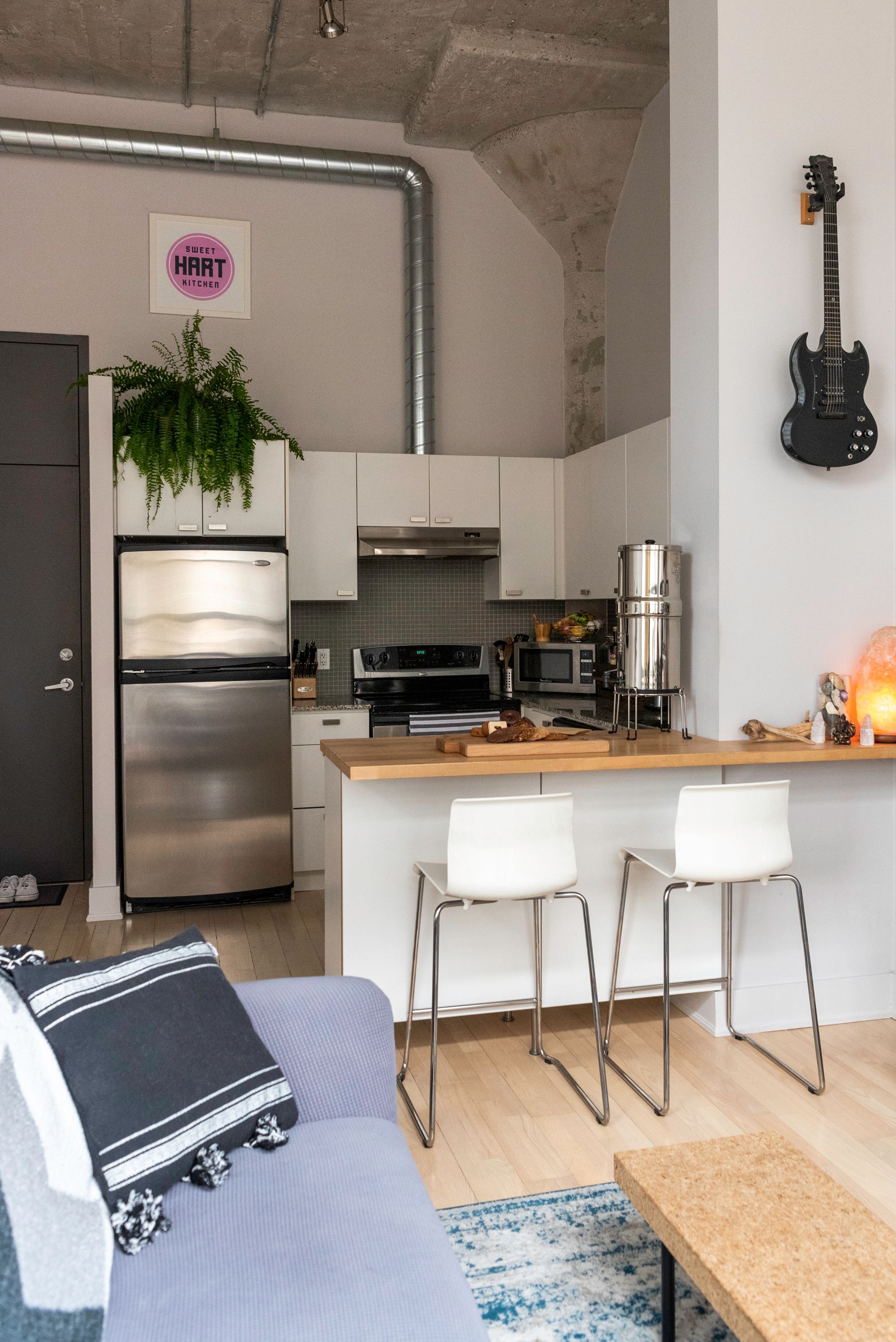 Since opening her own vegan bakery back in 2017, Courts has been busy baking up sweet things. Life, however, decided to deal her a bitter hand. Courts was diagnosed with PCOS, which she’s kept in check by going low-carb and cutting refined sugars from her diet. Sweet Hart Kitchen’s products reflect the types of healthful sweets that Courts herself can eat: gluten-free and refined sugar–free baked goods, that are vegan and often keto, too.

When it comes to grocery shopping, Courts and Murphy hit up Whole Foods, Essence of Life and 4Life Natural Foods for all their specialty products like pea milk, frozen pitaya, sprouted mung beans, nut cheeses and Stevia-sweetened pops. For other stuff, they head to a nearby Sobeys.

Courts is up at 5 a.m. six days a week and heads straight to her Kensington Market bakery—she doesn’t even make time for a morning coffee. Her husband packs her breakfast (typically a chia pudding) and lunch (a veggie bowl or salad), but some days Courts is so busy she doesn’t even touch her breakfast until well past noon. Typically, she leaves the shop around 7 p.m., hits a hot yoga class and goes home to a dinner that’s been made by Murphy, who bears the brunt of meal prep. Courts absolutely adores his pastas, which he makes using low-carb konjac noodles.

Right now, Courts’s and Murphy’s days off don’t align—she’s only free on Mondays. But when they do manage to sync their downtime, the two love to go out for brunch and think Hello 123 does the best vegan version in the city. Then they’ll spend hours just walking around town until they’re tuckered out. Later on, they’ll curl up on the couch, order delivery from Fresh (Courts is obsessed with their Cobb salad) and watch a movie.

Here are a few of their favourite cookbooks:

All of the doughnuts Courts makes—both at her shop and at home—are baked, not fried: 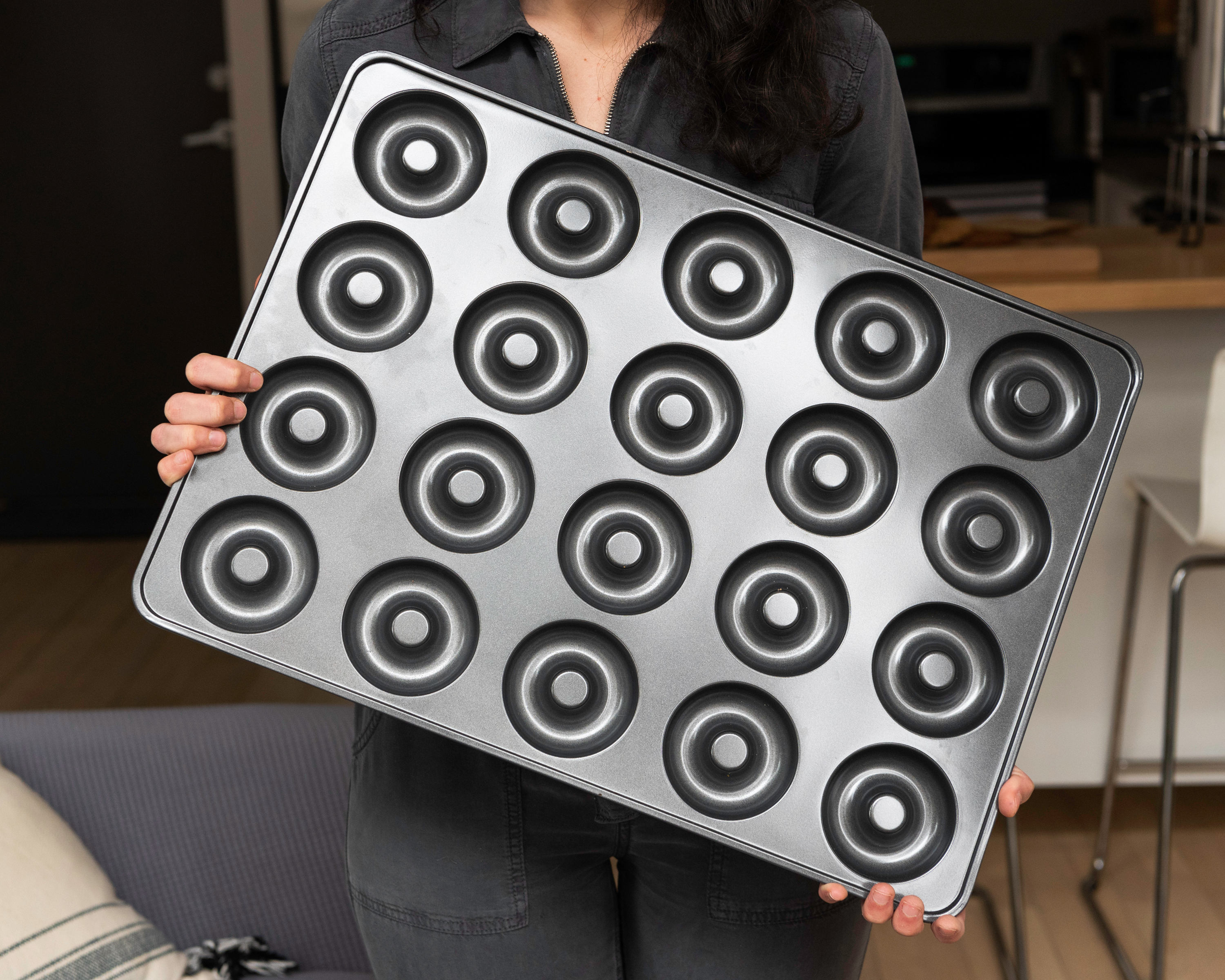 This engraved oak cutting board was a wedding gift from Courts’s sister: 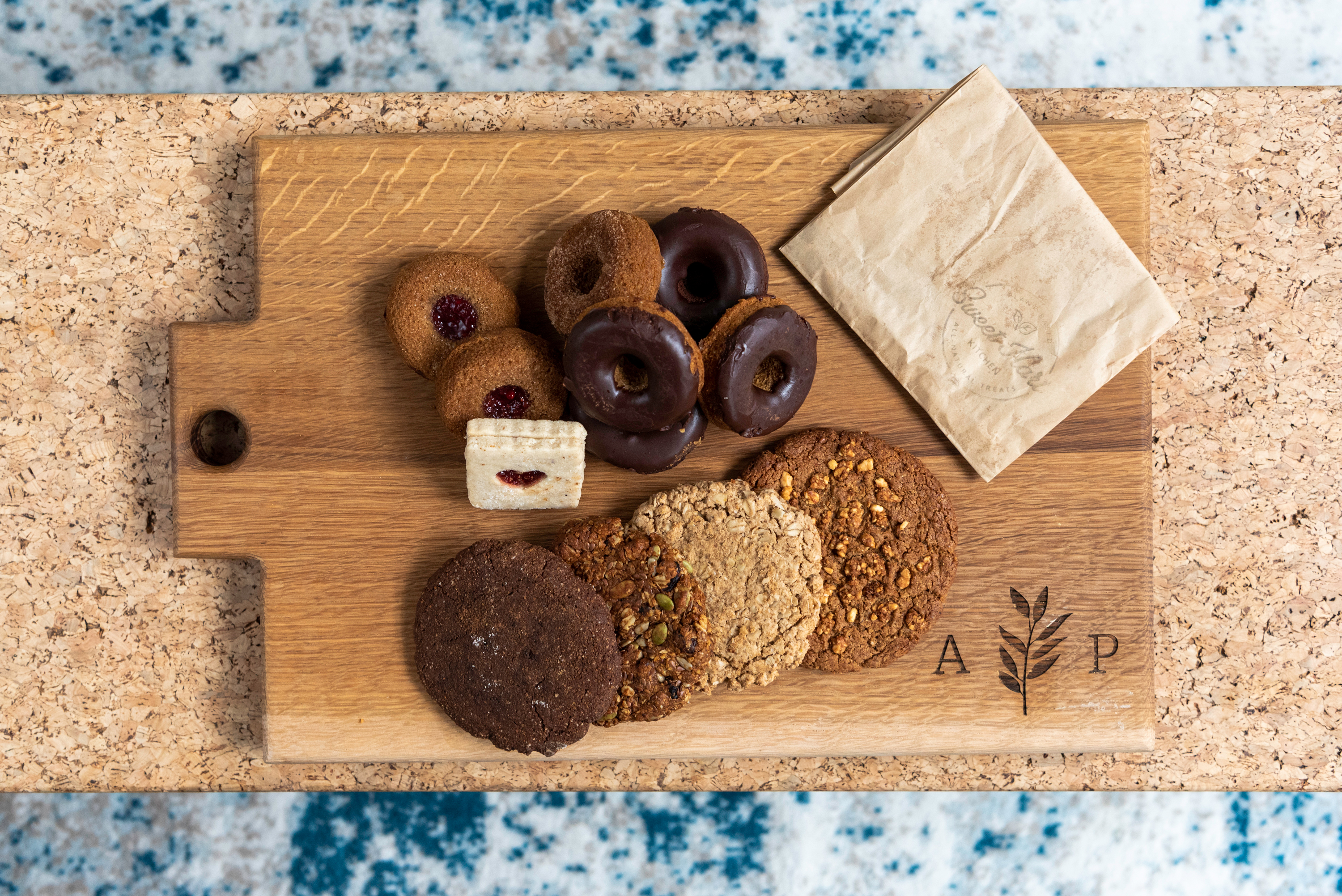 Murphy’s three sisters got him fully kitted out with blue Le Creuset (all wedding gifts): 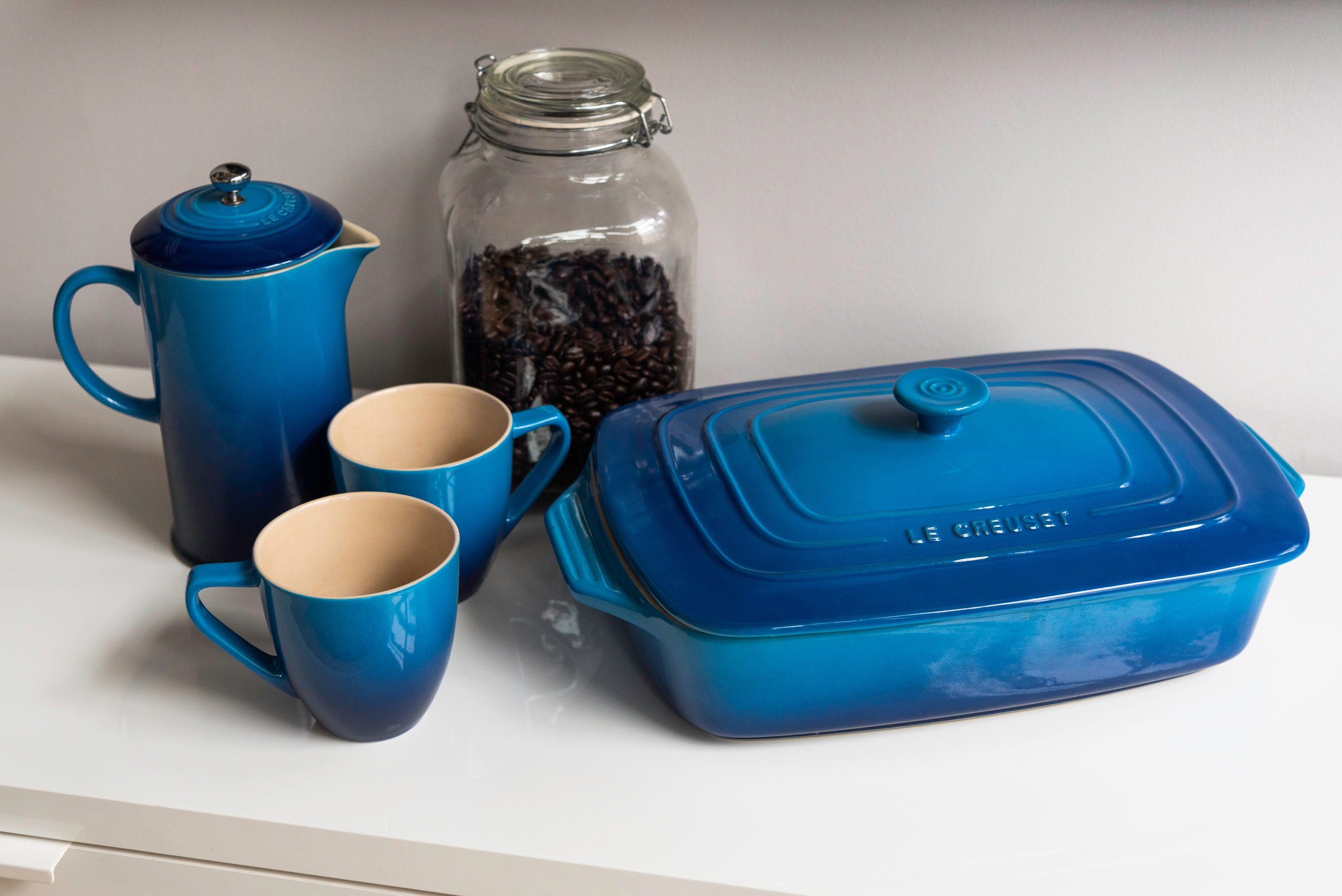 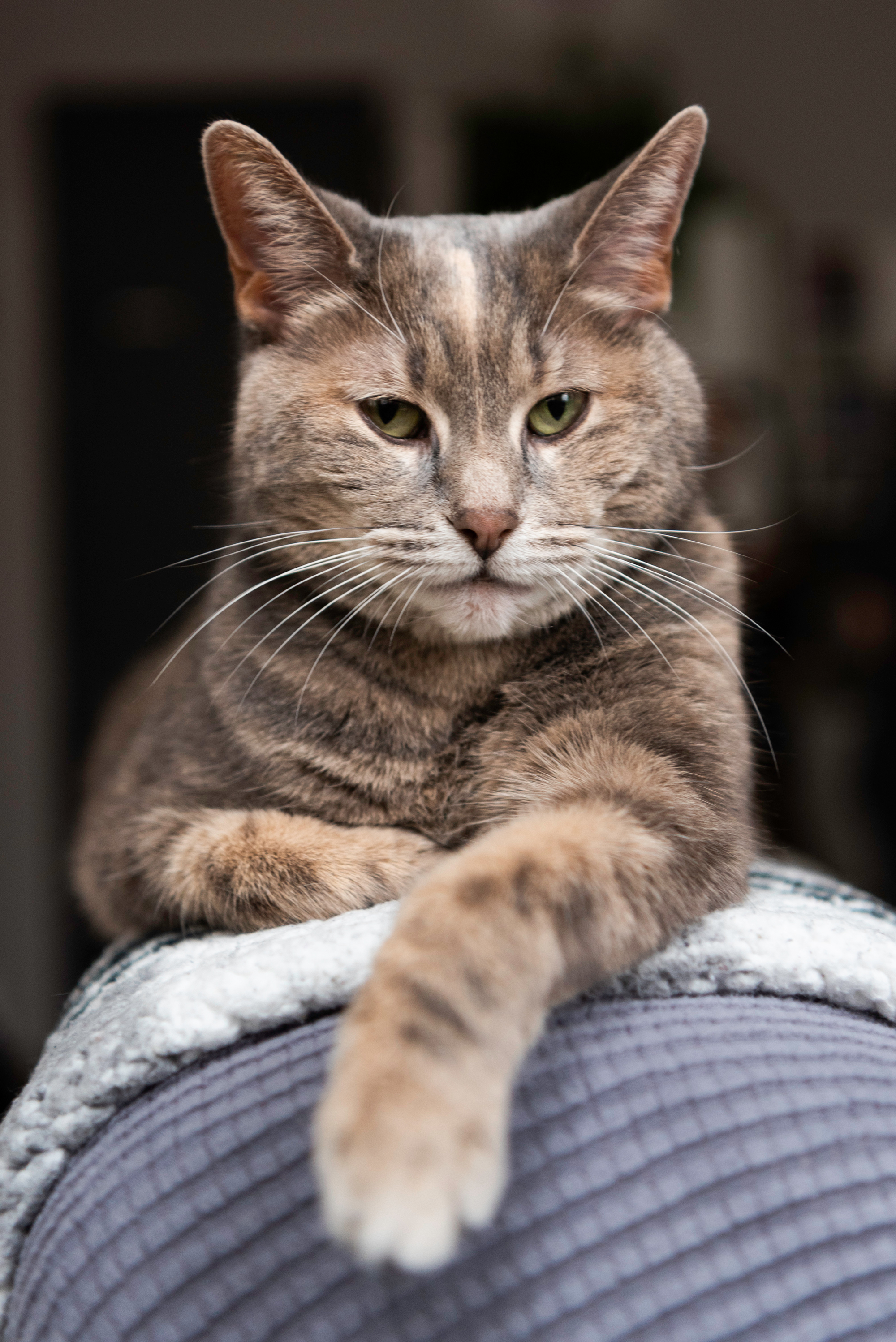 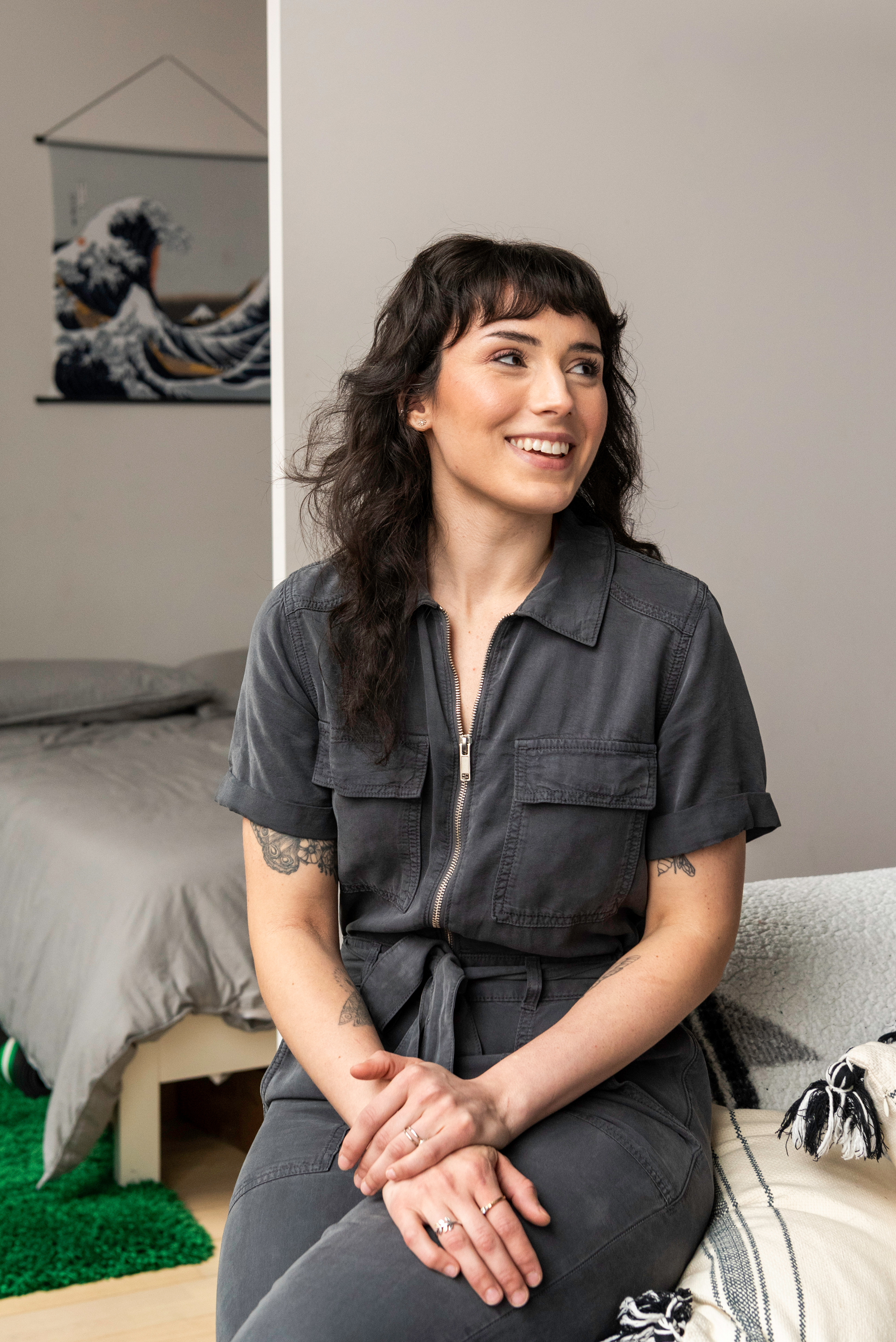