Stuart Cameron is in charge of a good chunk of ICONINK’s restaurant portfolio. “I won’t open anything that’s more than a kilometre from my house,” jokes Cameron, who’s spent the last few months putting in overtime opening Mira, a new Peruvian spot on King West. 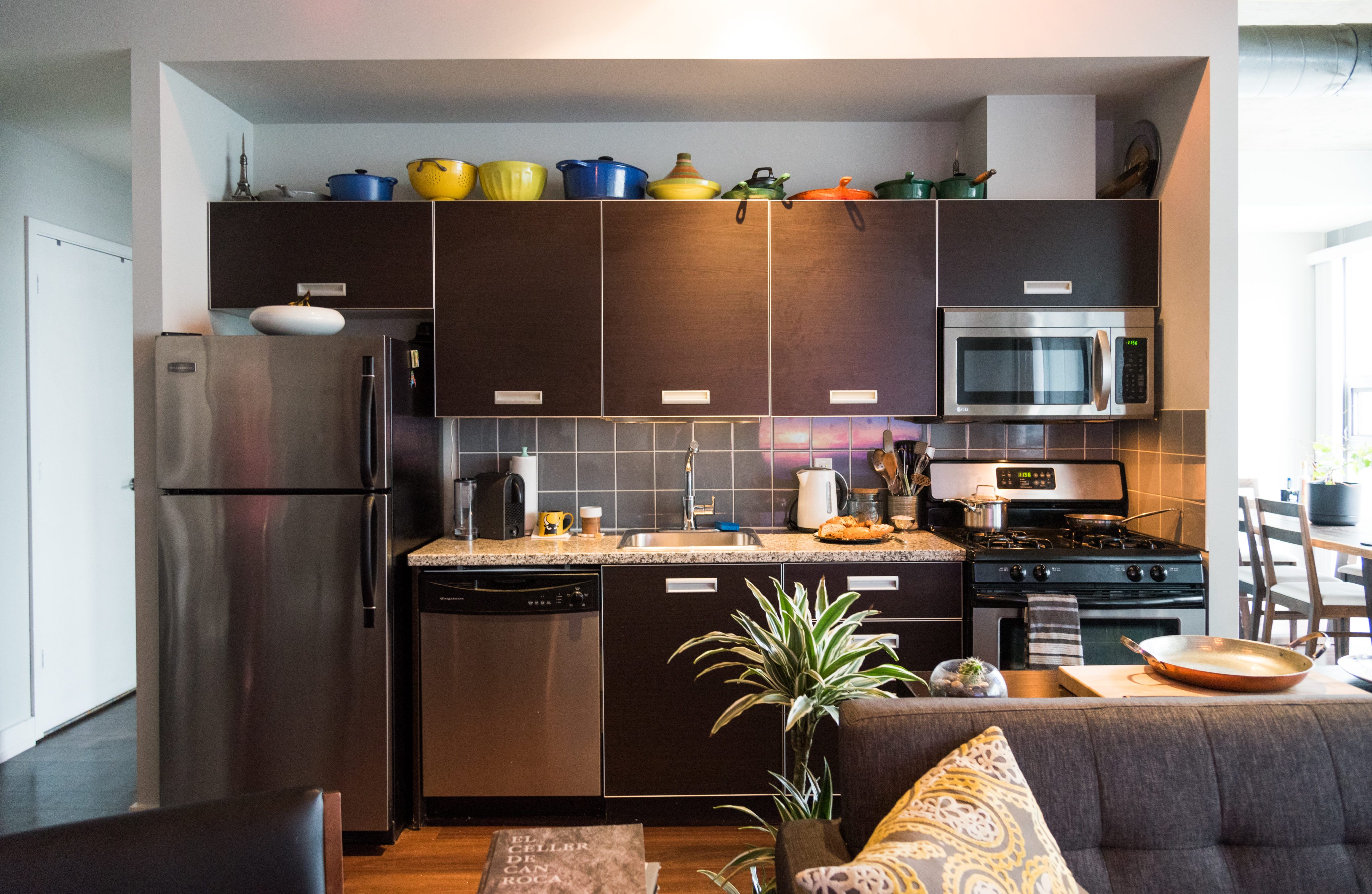 Most days, Cameron’s out the door of his King West loft by 9 a.m., and he doesn’t make it home until midnight or later. “When I’m not opening a new restaurant, I like to be home by 9 p.m.,” says Cameron before admitting that he feels a bit rundown lately. “I’m only 41, but that’s like 86 in chef years,” he says. In an effort to get everything perfect for Mira’s debut, he’s given up the gym, his Portuguese lessons and has been living on a steady diet of takeout food—but he does manage to make himself breakfast every day. His go-to morning meal is toast topped with feta, tomato, avocado and a poached egg. And coffee, always coffee. He drinks Nespresso because it’s palatable, fast and mess-free—but that’s where his allegiance to the coffee pods ends. 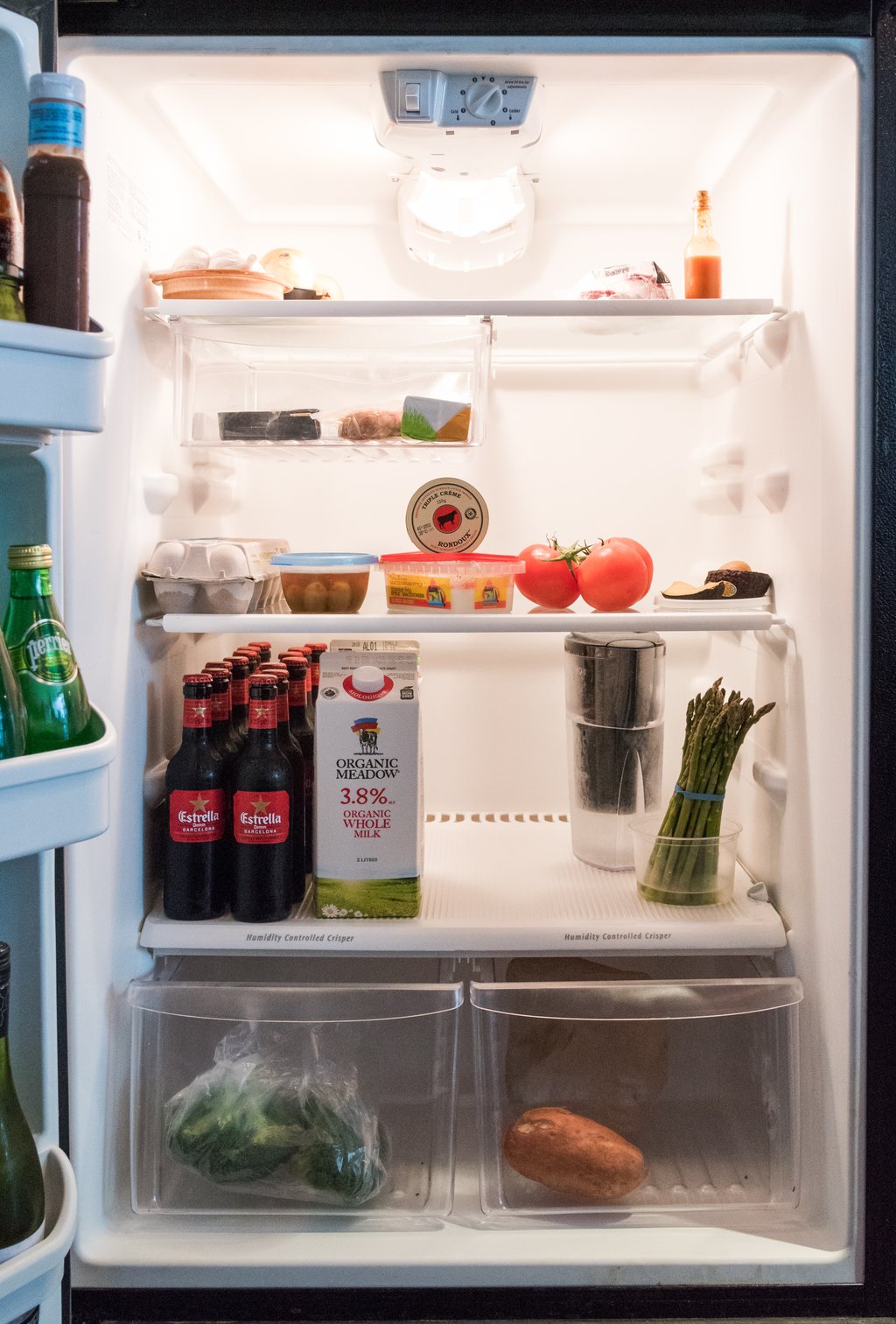 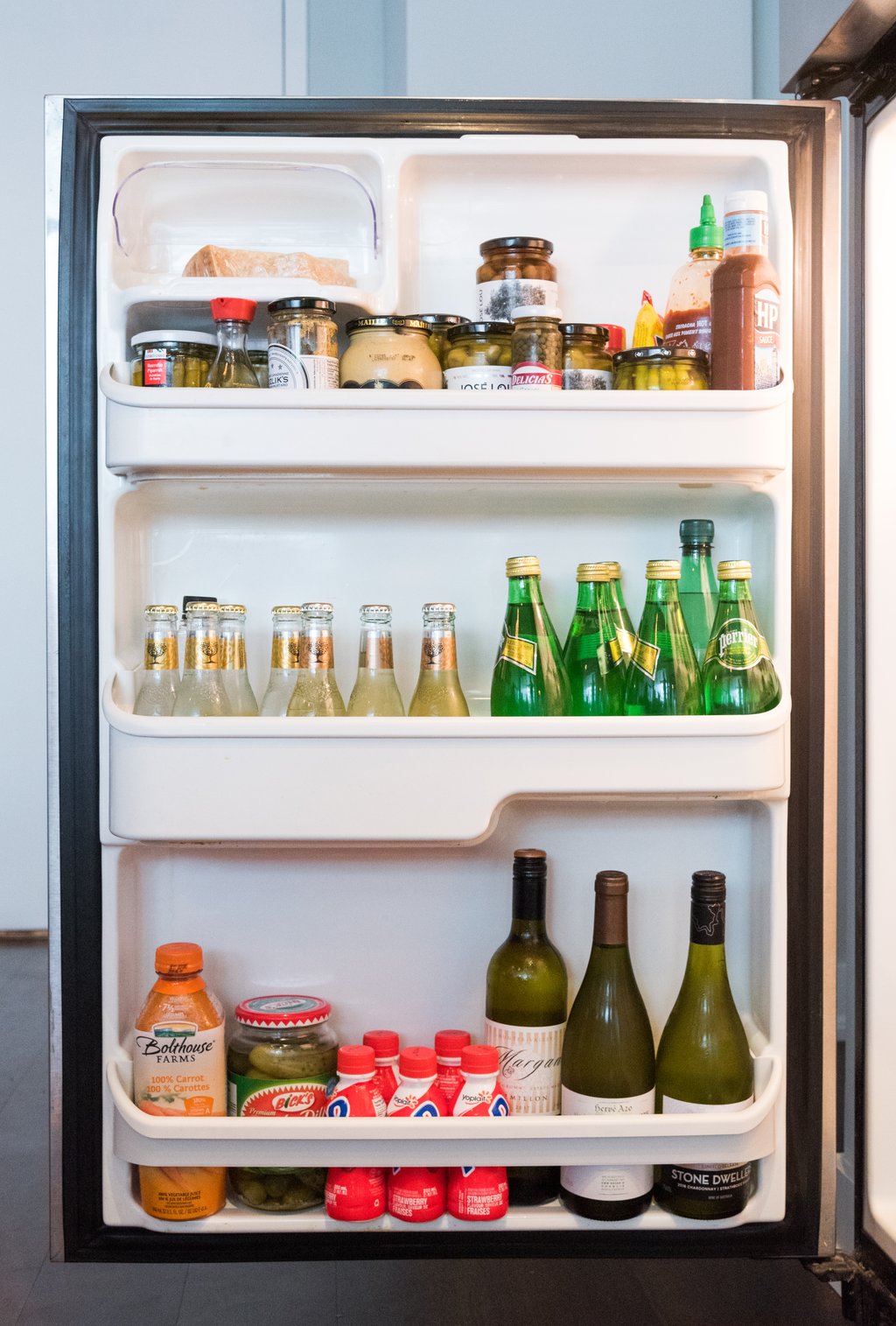 When it comes to grocery shopping, Cameron is big on convenience. He heads to Loblaws for most things because there’s one nearby, but he can’t wait for the new Whole Foods to open in the condo next door. “I’m going to be spending a lot of money on prepared food,” he says. Cumbrae’s is only a six-minute walk from his house, so he’ll grab organic meat there. In the summer, Cameron loves to host Sunday barbies (he’s Australian, after all) on his patio. He’s a big fan of beer can chicken, though he’s made a few paellas out there, too. There’s only one store Cameron bothers to go out of his way for, and that’s Pasquale Brothers in Etobicoke. He says their selection of olives, pastas and oils is unparalleled. 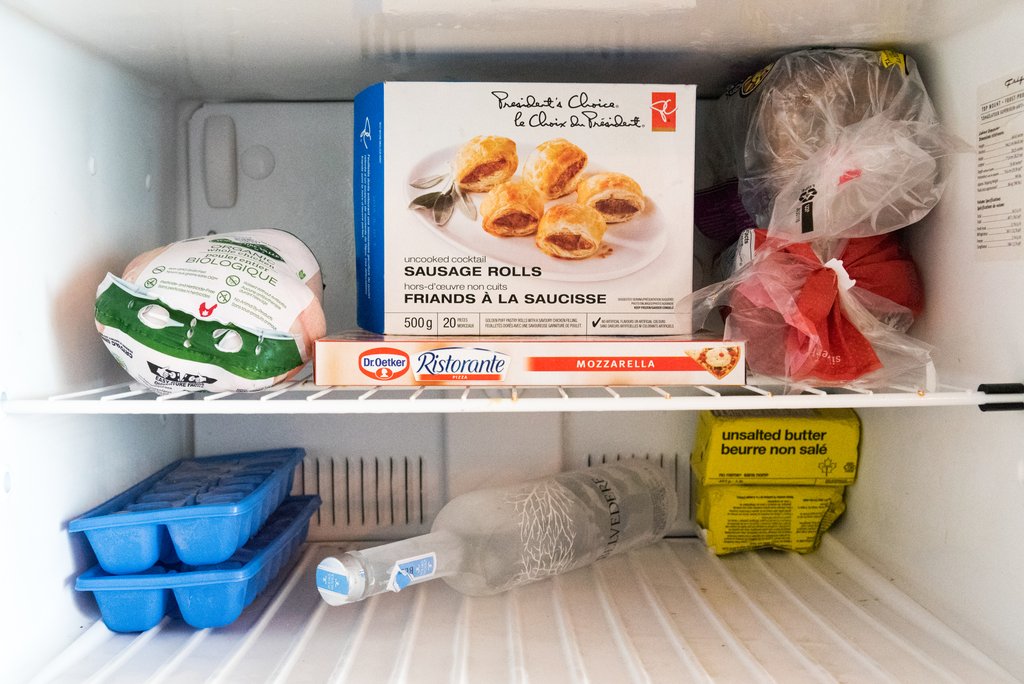 Cameron loves hitting up Bar Buca after a work shift. He thinks it’s great value for what you get, plus it helps that their kitchen is open super late. Lately, his diet has consisted mostly of Domino’s pizza and steak from the Keg. He says the chain makes a serviceable steak, but what he likes about going to the Keg is that no one there knows him or wants to talk to him. He can just grab a spot at the bar, fiddle on his laptop and eat in silence. 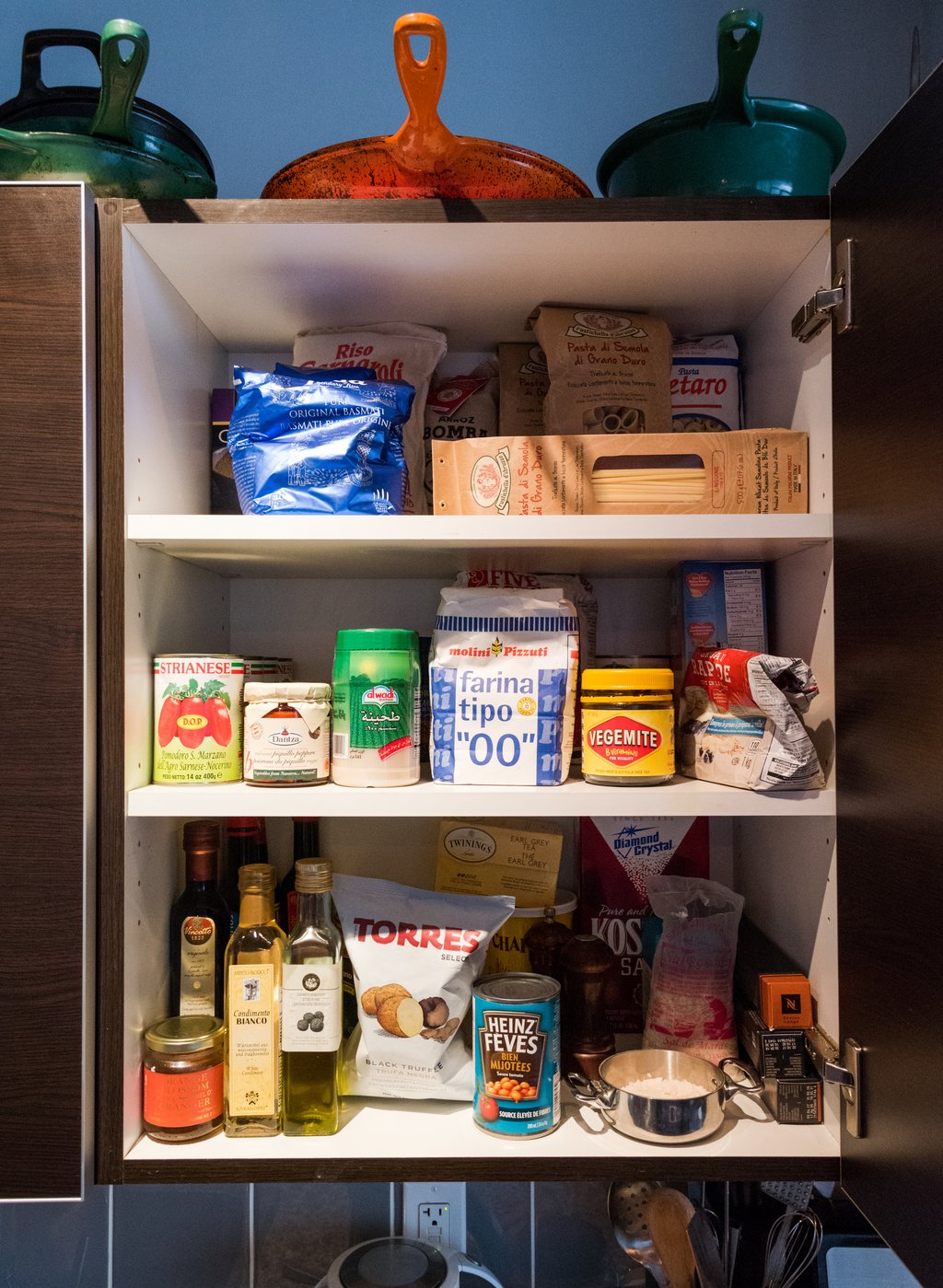 Did you spot the sausage rolls in the freezer? Here they are again: 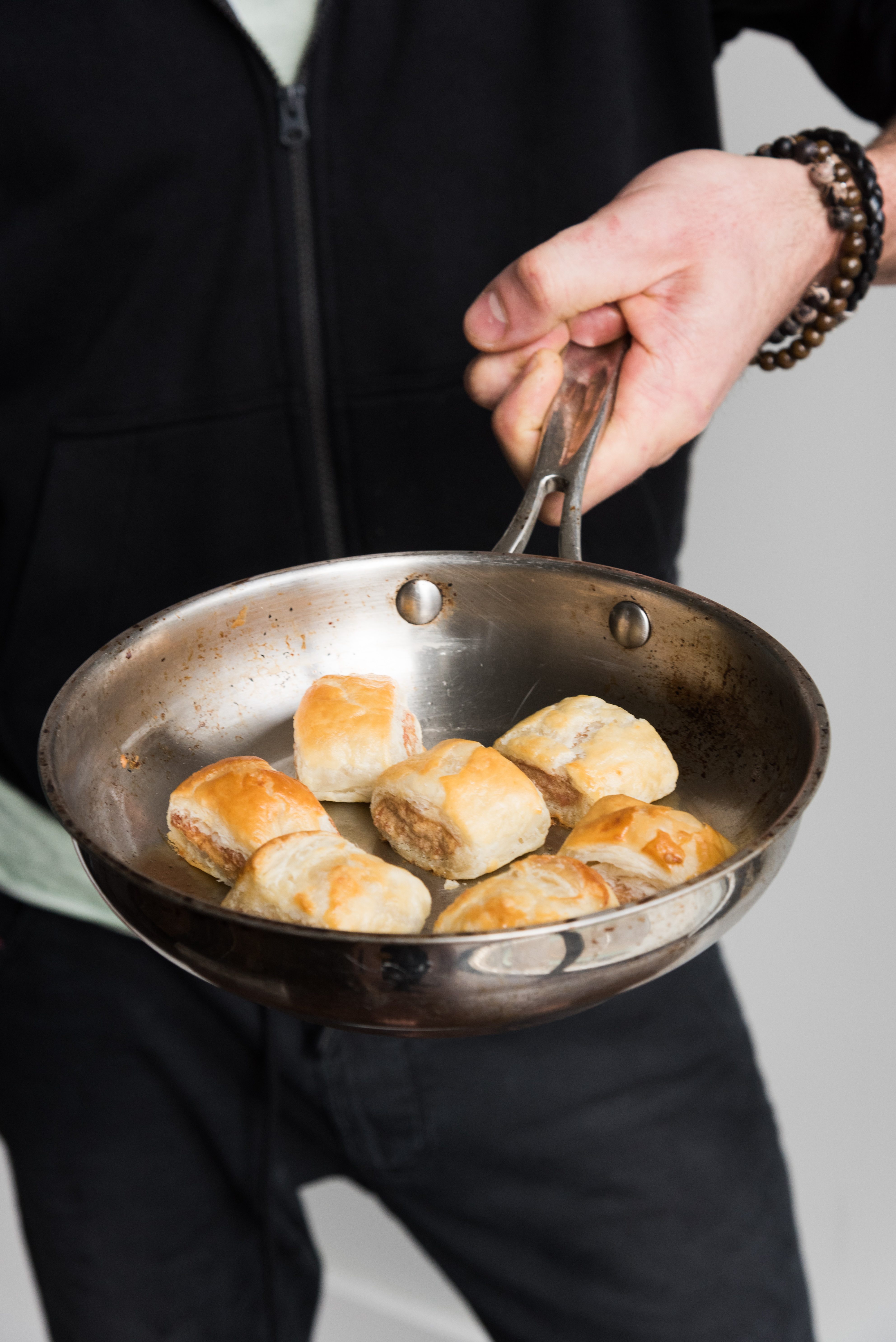 The “Queen of Saffron,” María José San Román, introduced Cameron to a world of olive oil beyond Italian EVOO. “She’s 60, but looks 30—probably because she bathes in olive oil,” says Cameron of his olive oil mentor: 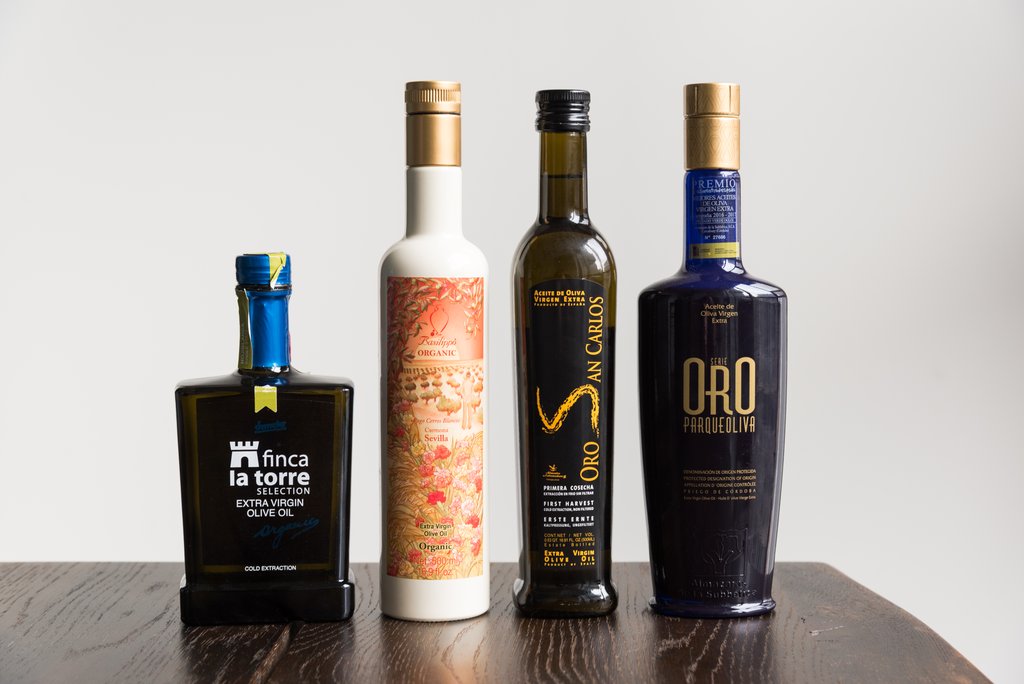 Cameron’s favourite tipple is gin. He often brings home bottles from small-scale distillers (but those ones never last long enough to be put on display): 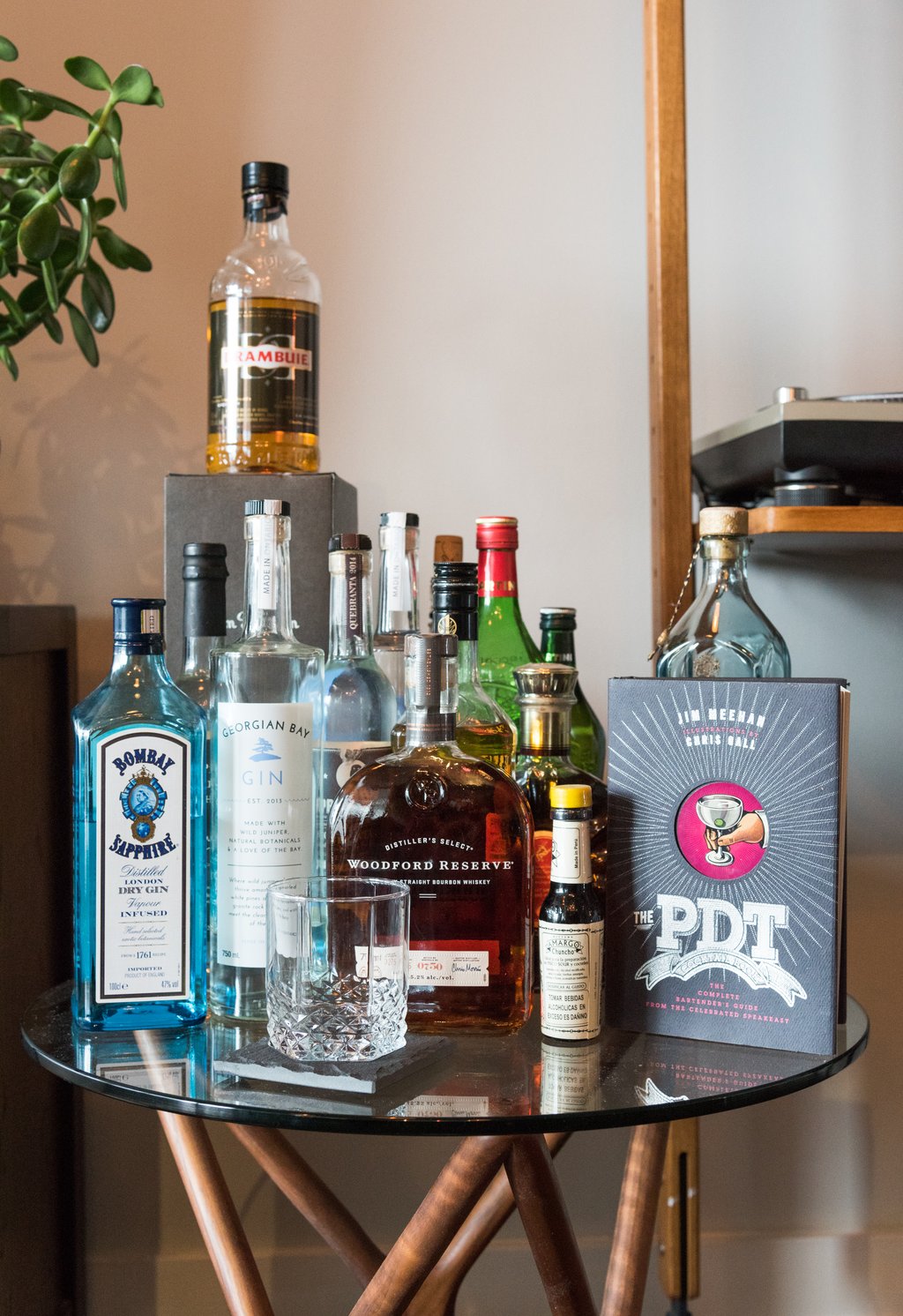 Blacksmith Frederick Scanlen made this knife for Cameron out of the same metal used to make Ferrari engines. “I like really big knives, but this is more of a sword,” says Cameron: 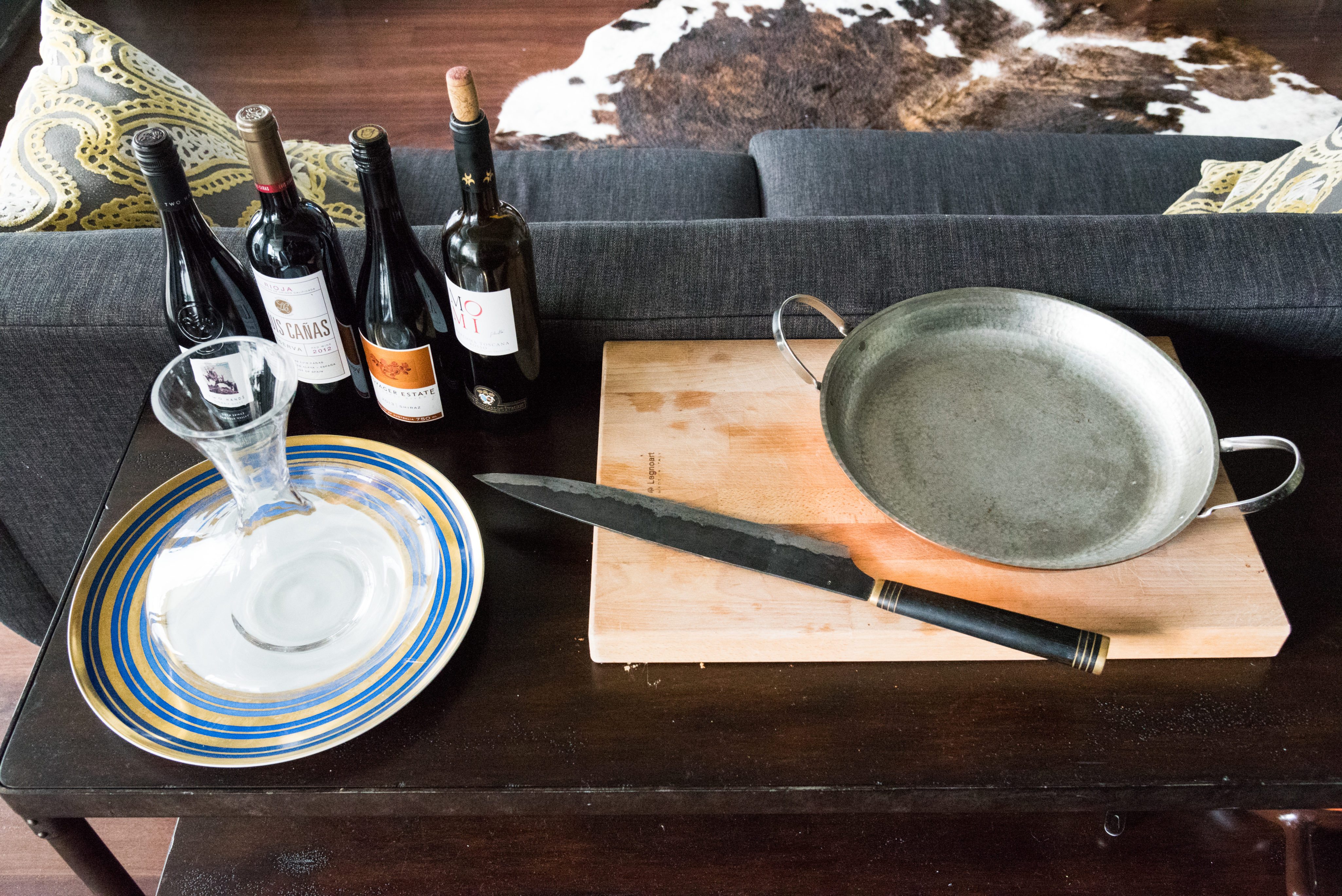 And here are some of his favourite cookbooks: 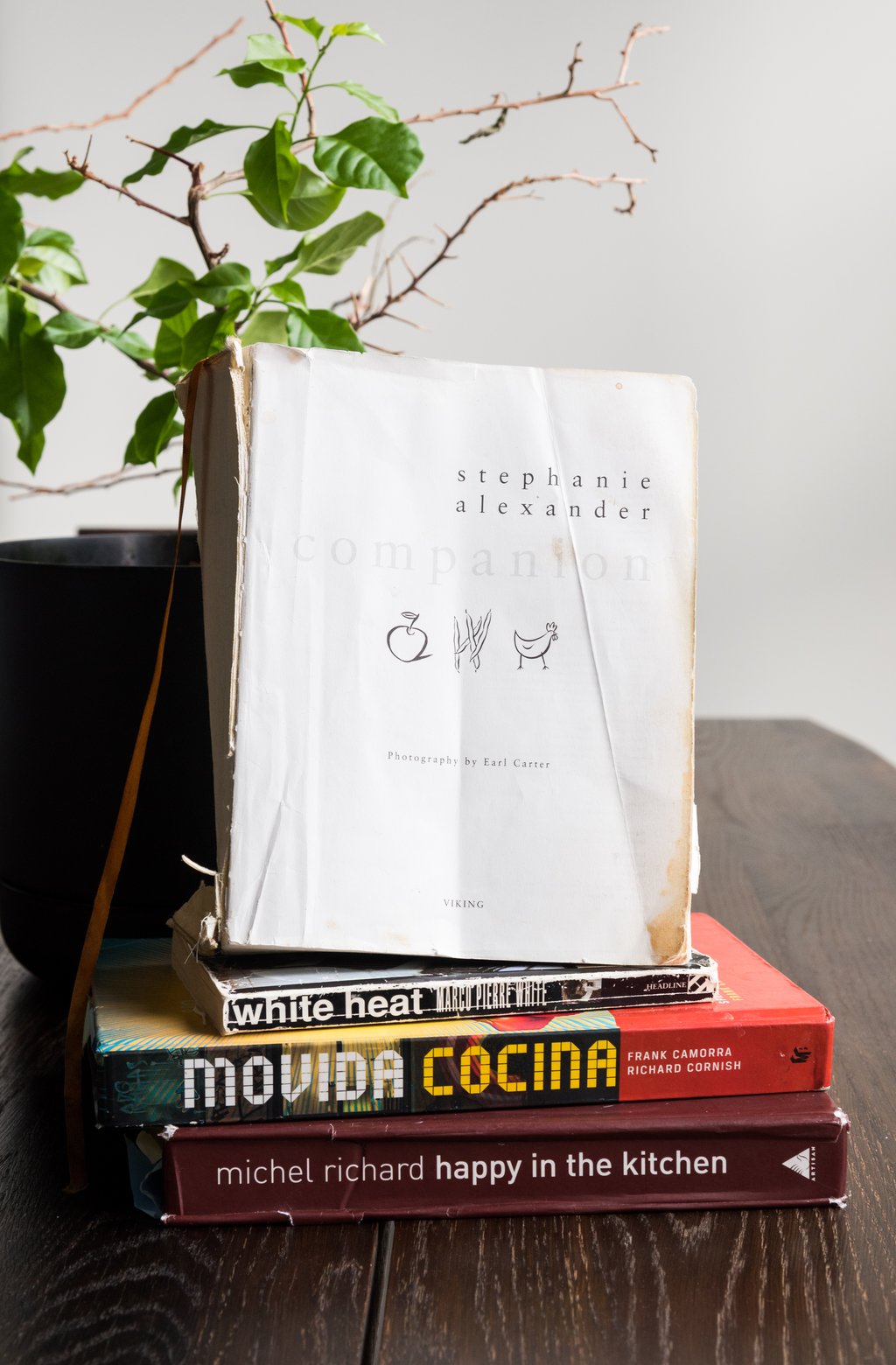 Thanks for having us, Stuart: 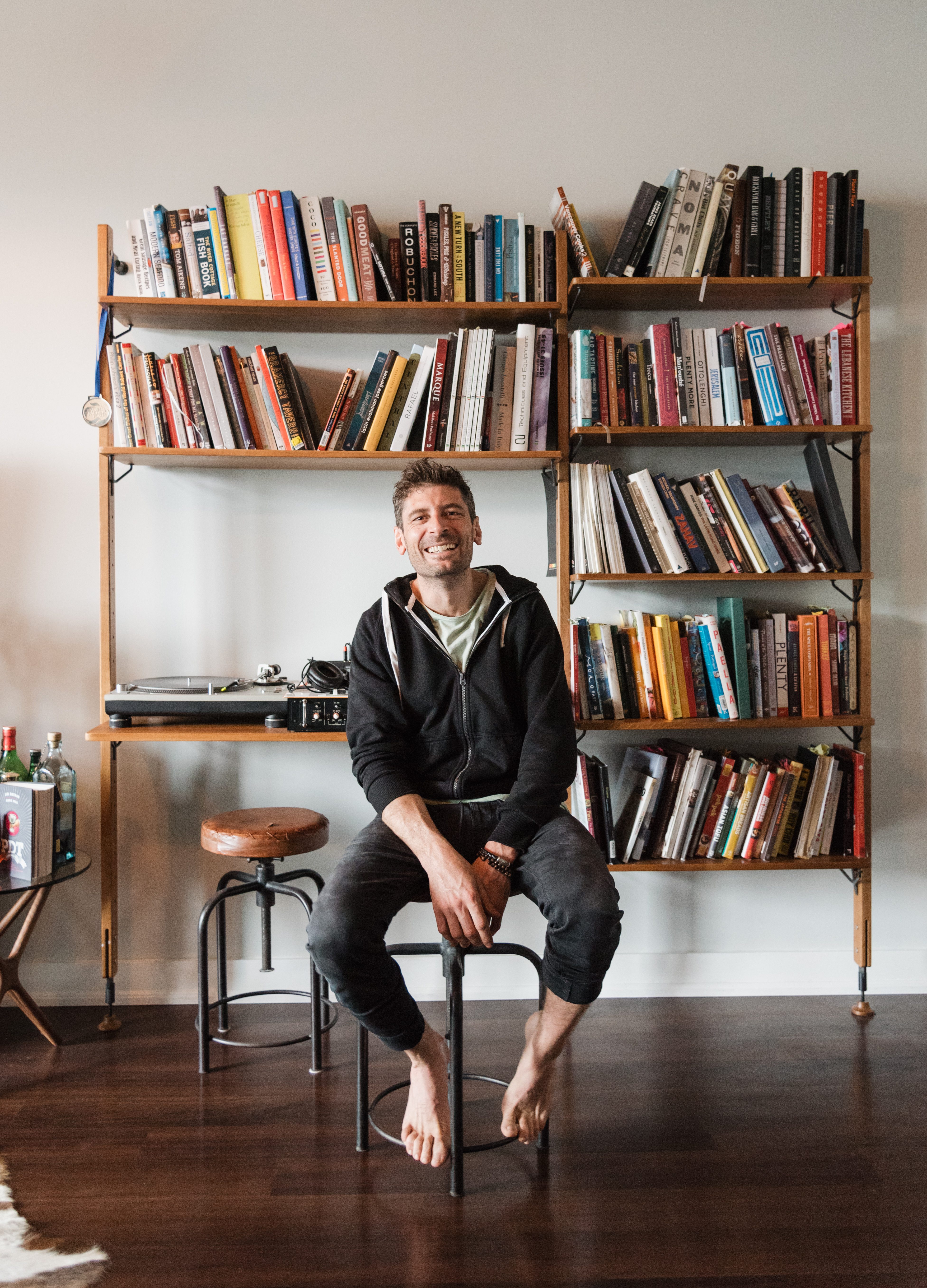