Inside the kitchen of Montecito chef Matt Simpson

Inside the kitchen of Montecito chef Matt Simpson

Matt Simpson, who recently took over the kitchen at Montecito, is a proud Canadian. “I don’t want to be that guy who doesn’t practice what he preaches,” says Simpson. If it can be grown in Canada, he’s all over it—though sometimes he gets a bit too excited about Canuck products, like when he purchased a 50-kilogram bag of flour from K2Milling. He’s been working through the bag for months. (The result: dozens of homemade cookies.) Though Matt is no minimalist—his house is covered in curios and tchotchkes—the Christie Pits rental he shares with his longtime girlfriend, Jasmine Lee, is immaculate. “He’s the organization master,” admits Lee, who met Simpson 10 years ago when they worked at the Hot Rocks Diner in their hometown of Whitby. 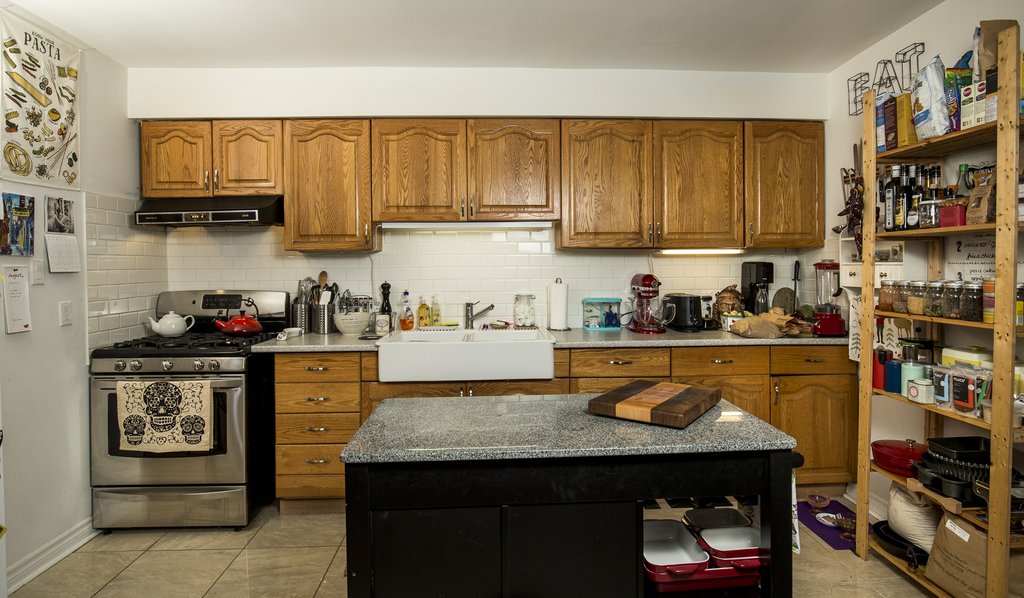 In their old rental—a cramped basement apartment—cooking was a challenge. “I cook like a restaurant person who dirties 75 pots and pans for one meal,” says Simpson. But even though only two of their four stove burners worked, he and Jasmine would still host parties all the time. They’re completely in love with their current home. Its open layout is surprising for a mid-century house that hasn’t been updated, and there’s a huge backyard where Matt can barbecue. 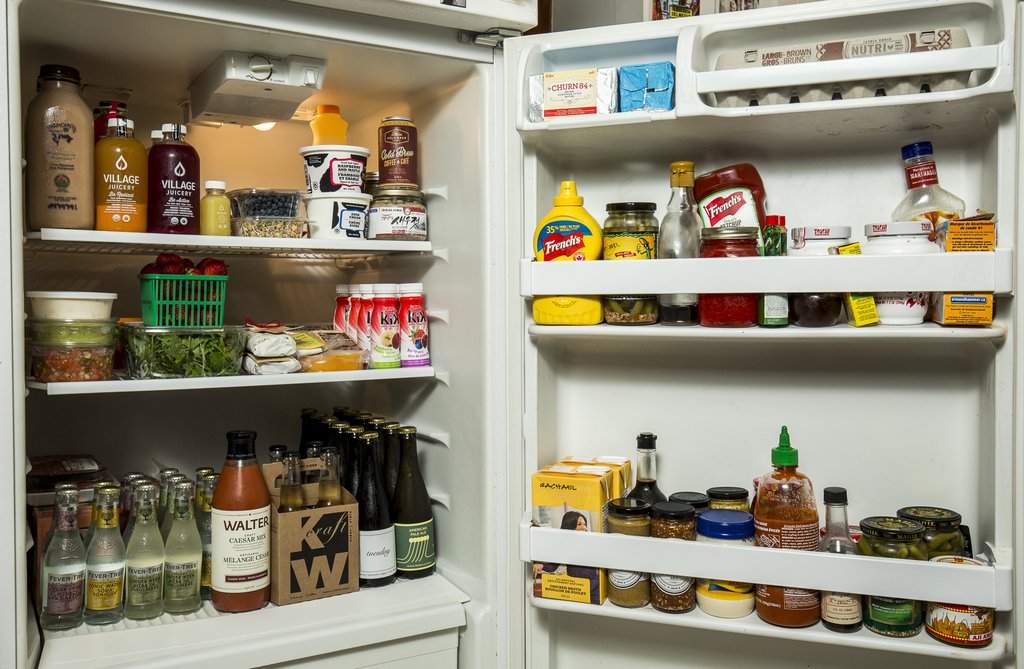 When it comes to groceries, Simpson is a devout Fiesta Farms shopper. “They have such a great selection of everything,” he says. There, he grabs his milk (Harmony), eggs (Rowe Farms), cheese, vegetables and meat. He’s also a huge fan of their house-made sausages. Simpson and Lee will make the odd pilgrimage to Blackbird Bakery in Kensington for their pastries and breads, like a cornmeal-cherry babka, which their local cafe does not carry. When they’re hankering for esoteric Ontario cheeses, they pop over to Nancy’s Cheese, and for fresh pasta, it’s Famiglia Baldassarre all the way. 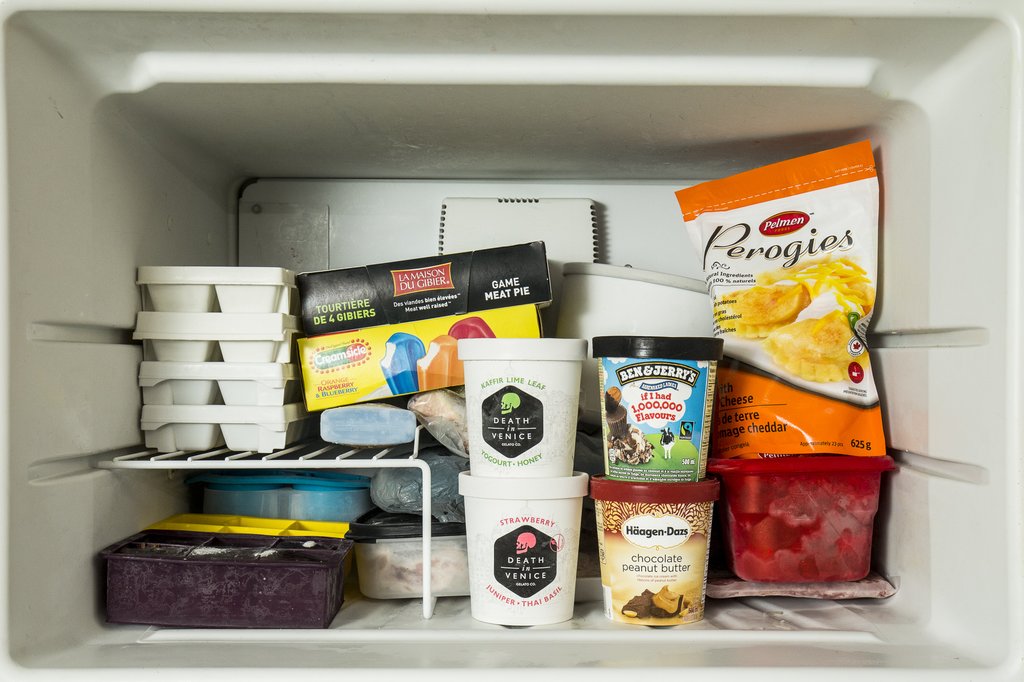 Because both Simpson and Lee work in the hospitality industry (she’s a server at Daishō), they don’t tend to get home until at least 11 p.m. on weeknights. To prep for a week of late nights, Matt will batch-cook components of easy-to-assemble meals each Sunday. He’ll roast a chicken, prepare some pastas, and have salad fixings ready to go. For nights when the couple’s too tired to bother reheating, they’ll order pizza from Maker or snack on cheeses and cured meats. On weekday mornings, Simpson downs a yogurt and heads into work, while Lee likes to grab a coffee and a cold-pressed juice from Contra Café. Weekend breakfast, however, is a well-planned affair, not an afterthought: Matt will often make BLTs on Blackbird sourdough, or whip up a plate of bacon and eggs. 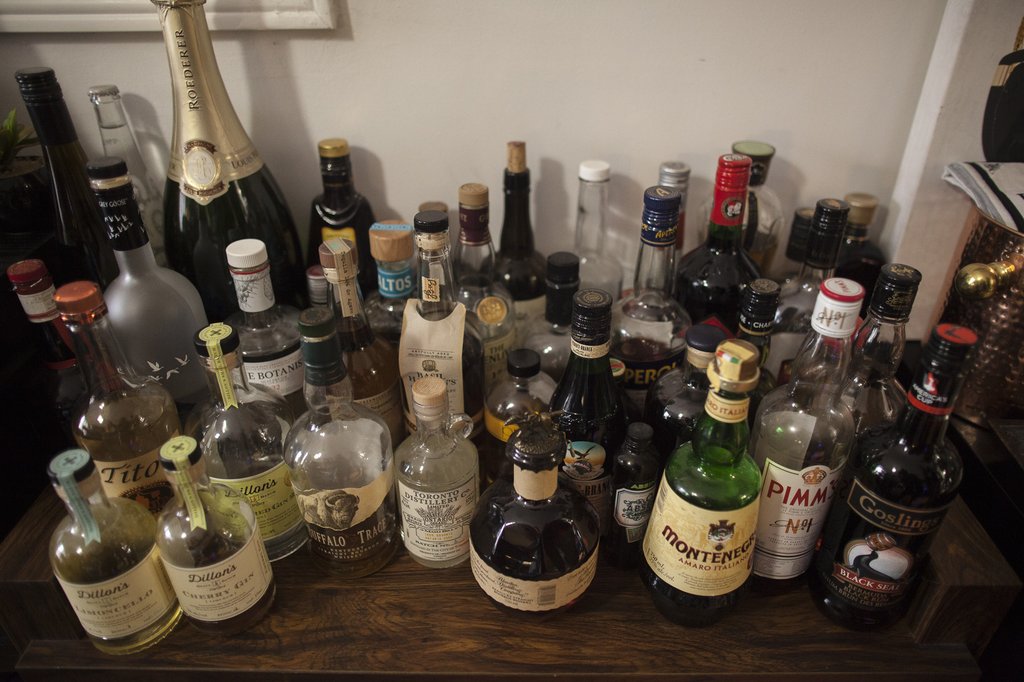 Matt’s uncle recently passed away. This was his swizzle stick collection from bars around the world: 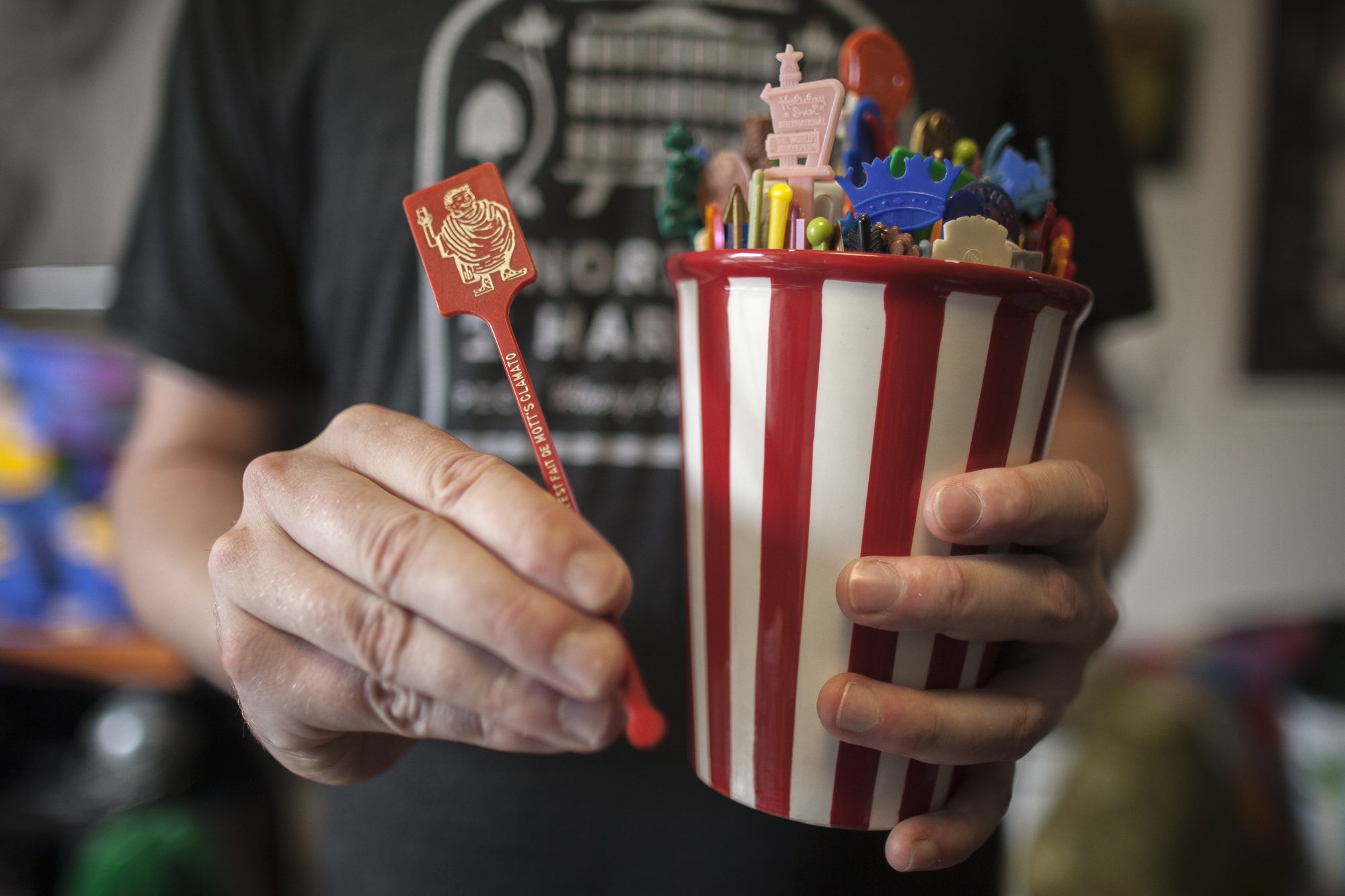 Matt’s parents kicked off this magnet collection: about 60 per cent were from their old basement fridge. Now, people just keep giving the couple more and more magnets. The giant strawberry used to hang from the ceiling at Hot Rocks. Jasmine likes to keep it on top of the microwave because it looks like a mutated frankenberry: 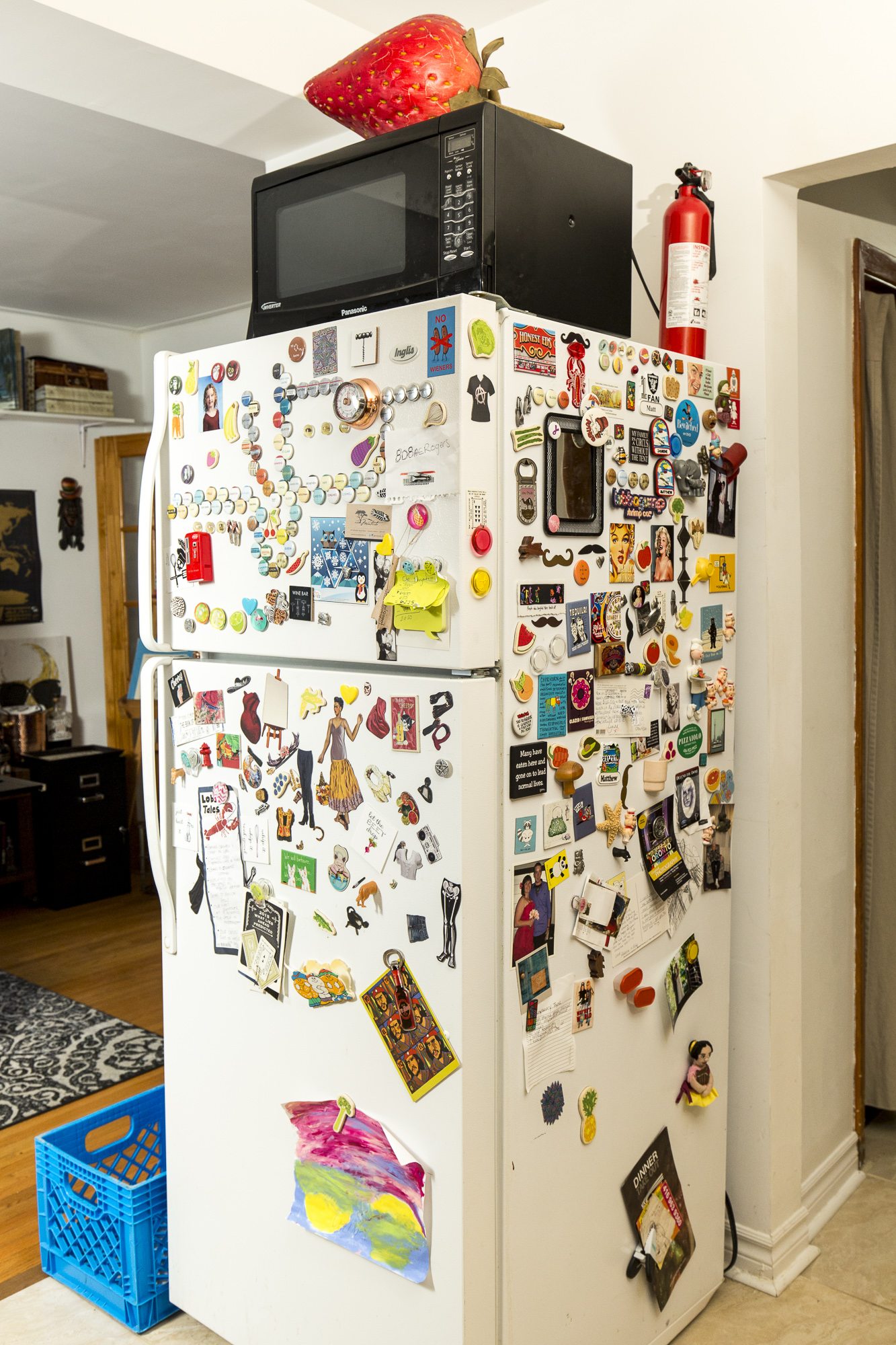 Here are a few of their prized possessions: 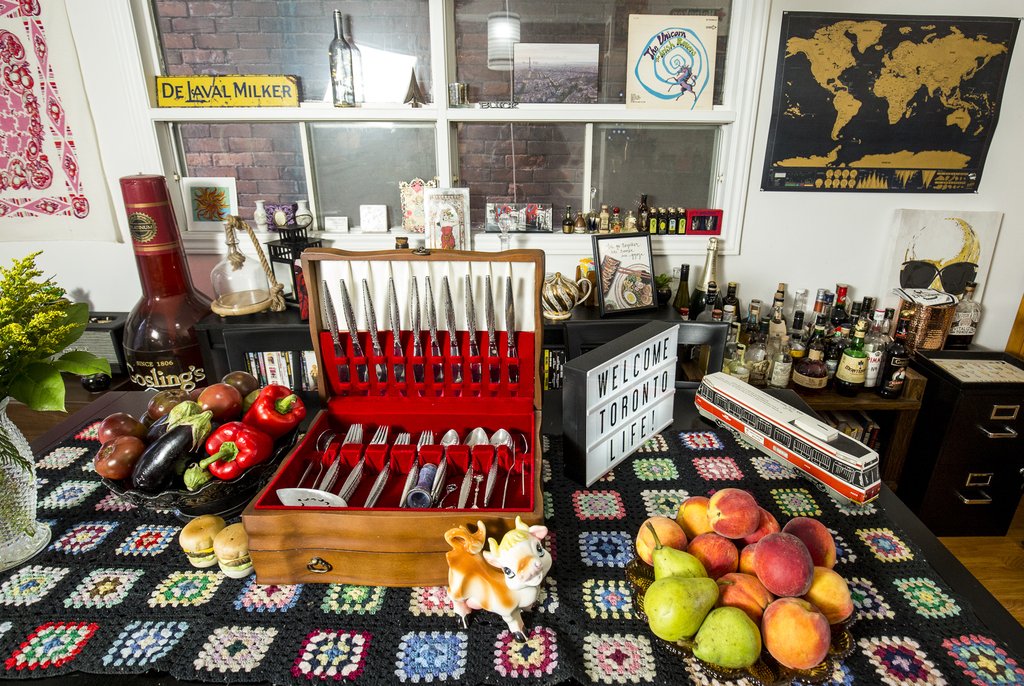 Matt’s grandmother was in the Navy. At every port, she would collect a teaspoon: 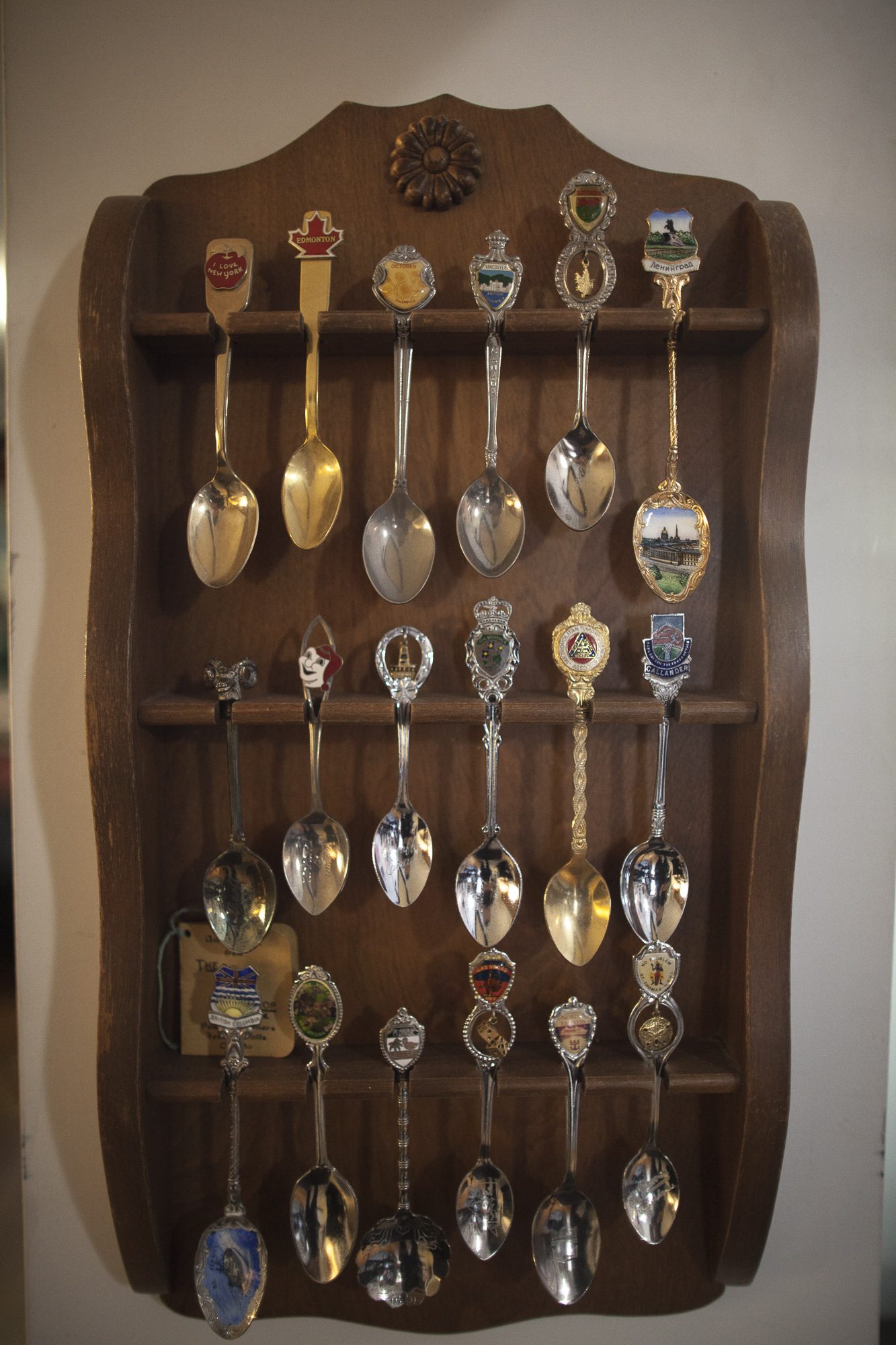 This is their cat, Pearl. (And yes, she’s wearing a shirt that says “security”.) 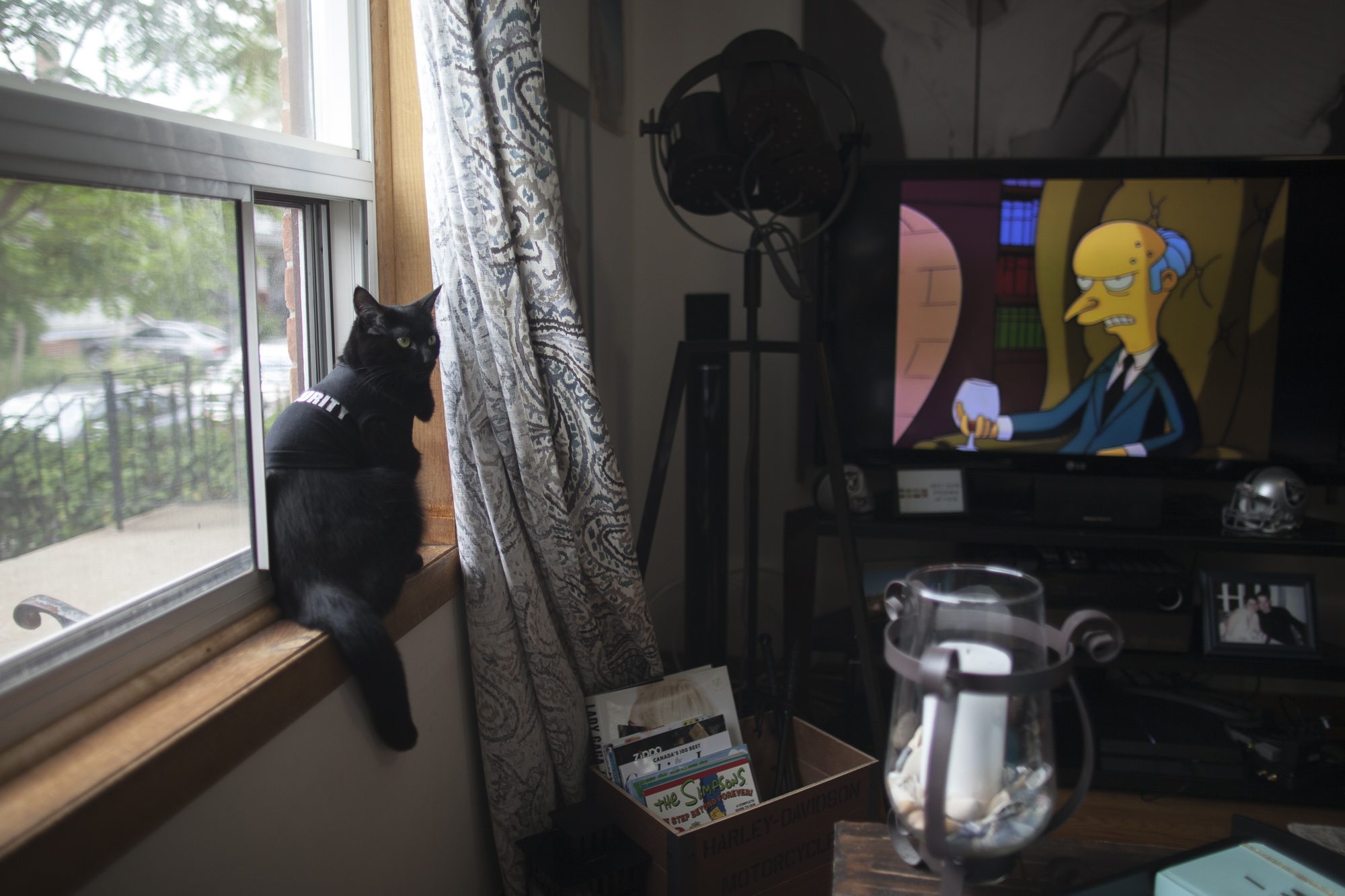 Lee used to have some of her books mixed in here, but the shelf’s slowly become taken up by Matt’s cookbooks. She’s now got her own bookshelf on the other side of the room: 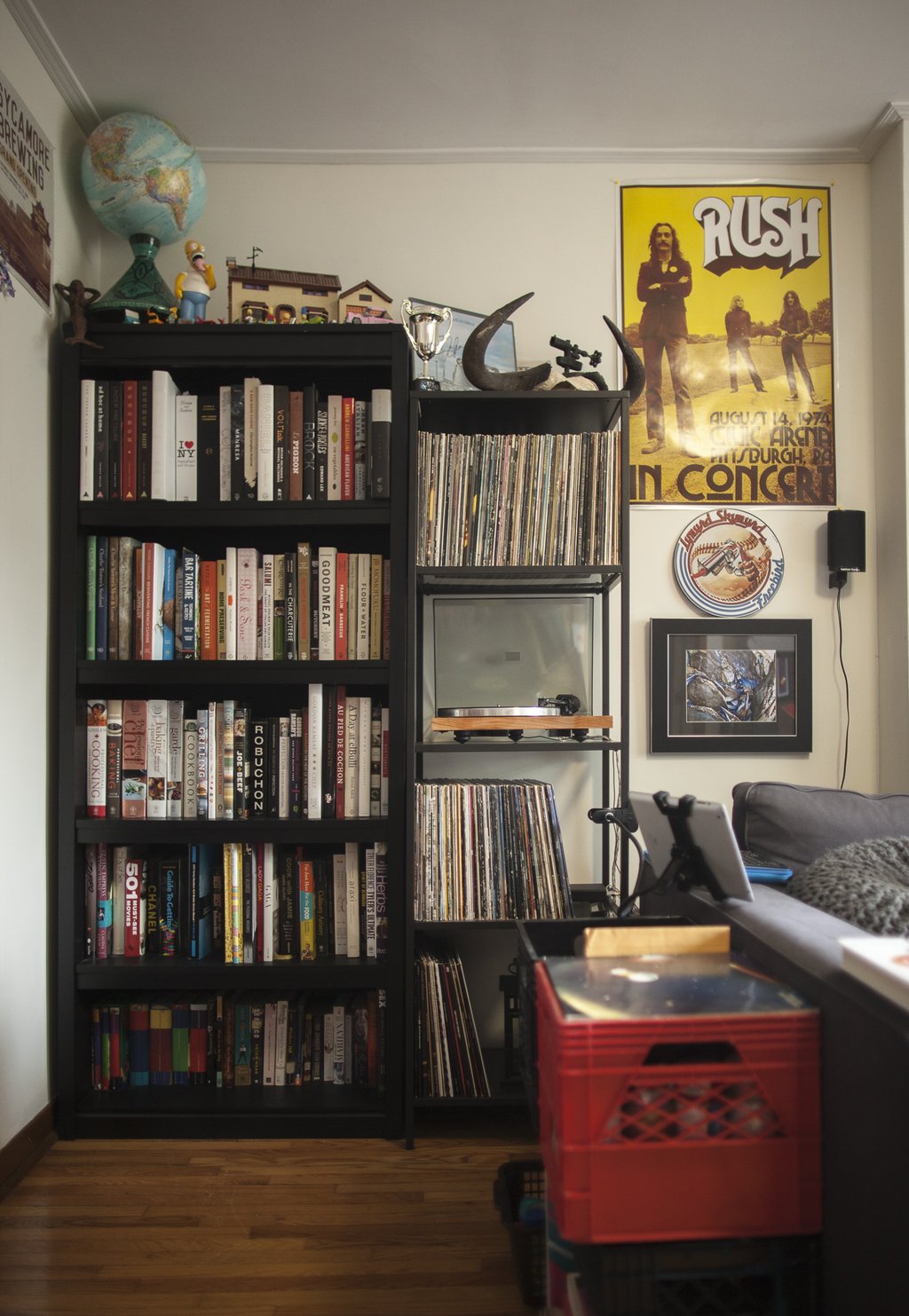 And here’s a shot of the whole family. (Pearl seems to have lost the shirt.) The vegetable posters are from the Good Egg in Kensington Market. Lee says she learns about a new vegetable every time she looks at them: 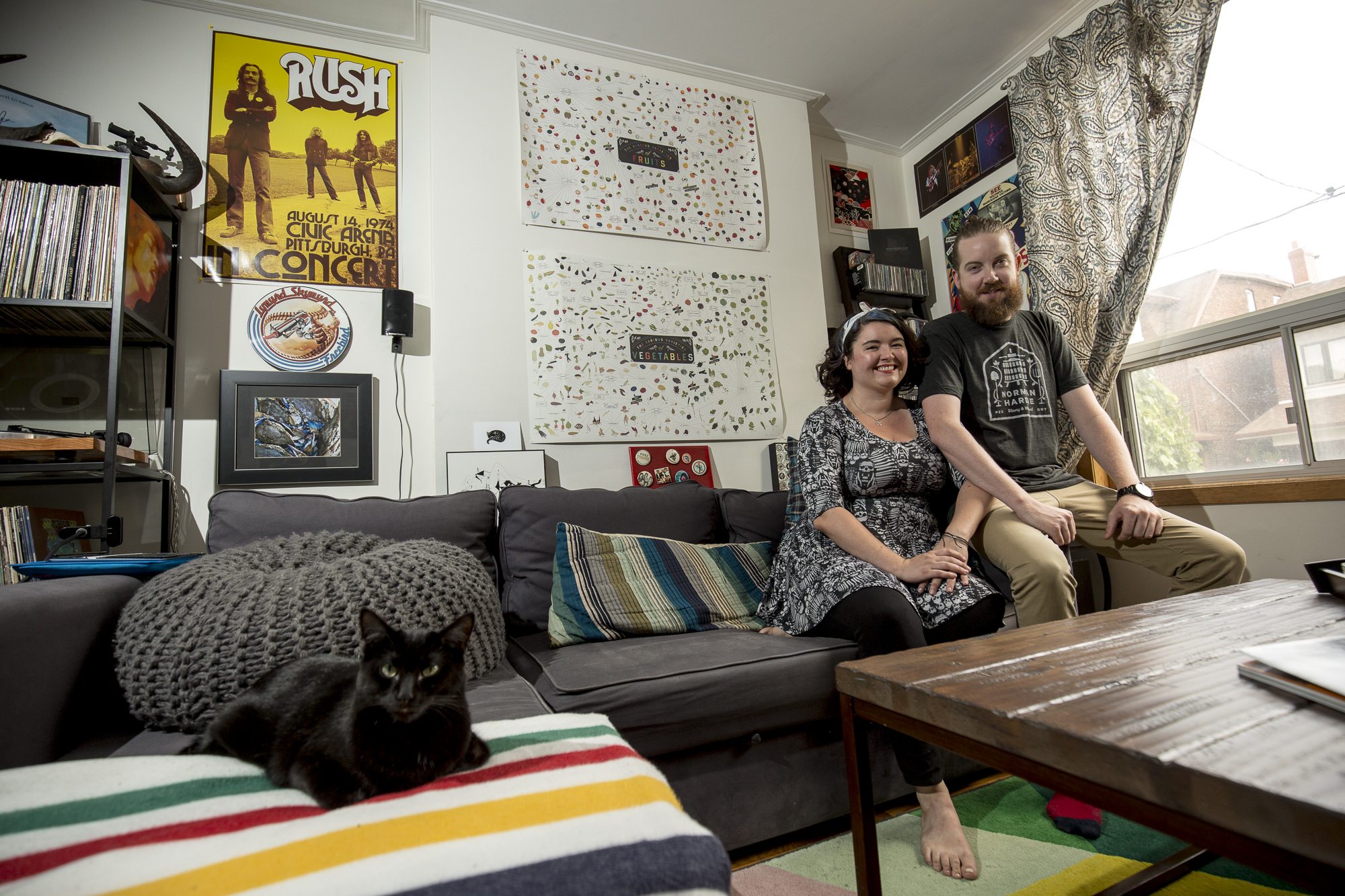