When Felicia De Rose has a day off, she doesn’t move. “My room has blackout curtains, so it’s Netflix and death in bed,” she says, only half-joking. The 28-year-old lives a pretty nocturnal life: On workdays she’s up around 11 a.m., drinks a French press of coffee, then scoots to the subway, getting to work between noon and 1 p.m. “I’m always cutting it close,” she admits. If she has time, she might eat a bowl of Corn Pops or Raisin Bran (she’s obsessed with raisins) but sleeping in usually wins out over breakfast.

Throughout the day, instead of lunch and dinner, De Rose grazes between attending a bunch of meetings and overseeing her two kitchens. “I do snack on a lot of bread—we carry Blackbird, which is delicious,” she says, before adding, “I also love our lobster roll buns.”

When her shift wraps up around 1 a.m., De Rose will grab a Jamaican patty at Yonge Station to sustain her for the trip home. Then, once she gets back to her one-bedroom Etobicoke apartment, she’ll pan-fry some Mi Goreng noodles with a fried egg and some veggies. But De Rose hates cooking for one. Not only does she not like eating leftovers, she also hates making a mess late at night—so that means UberEats is often her late-night dinner go-to.

On the weekend, De Rose is big on grilled cheese sandwiches made with Kraft Singles, scrambled eggs, and—if she’s feeling really extravagant—a bowl of pasta with passata made by her grandparents. De Rose would much rather go out or order in, but she likes to cook for her nieces and nephews when they visit. “They use me for the pool,” she says with a laugh. “They also know my snack game is strong.”

When it comes to going out for a night on the town, De Rose is no reveller. She’s an avowed curmudgeon (albeit a very friendly one), who claims to hate everyone (she doesn’t). She does like to drink at the Libertine, though, and she loves the tartare at Union, the rib eye at Jules, the miso ramen at Kinton, and is always down for a bowl of crispy noodles from Swatow.

Every time De Rose visits her Calabrian grandmother, she’s sent home with a box of pasta, which ends up in this drawer: 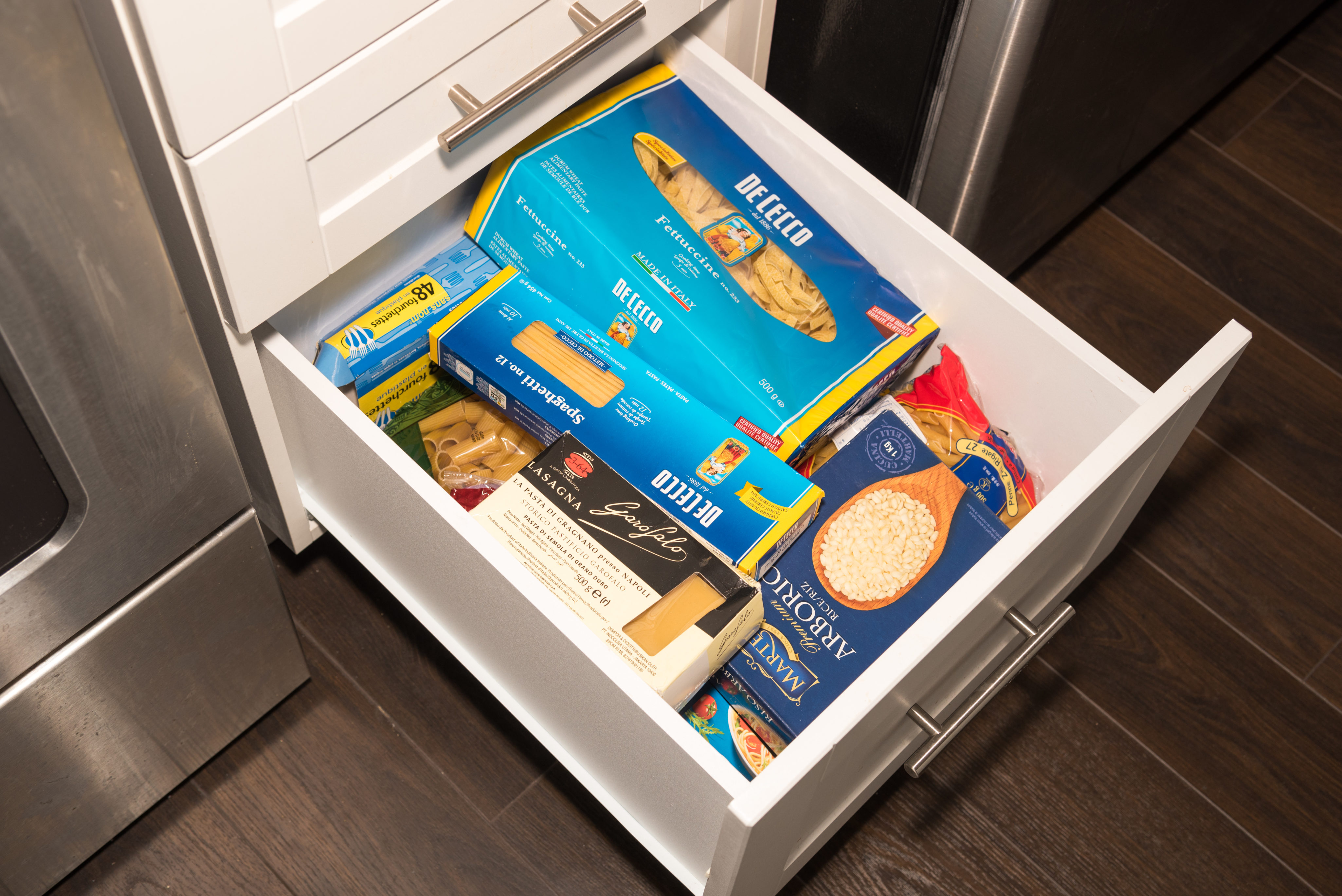 De Rose likes dark liquor and sparkling wines, but she tries to have something on hand for guests, too, though their visits are infrequent. “No one wants to come out to Etobicoke,” she says.

Here are some of her favourite utensils:

And some of her other tools and toys: 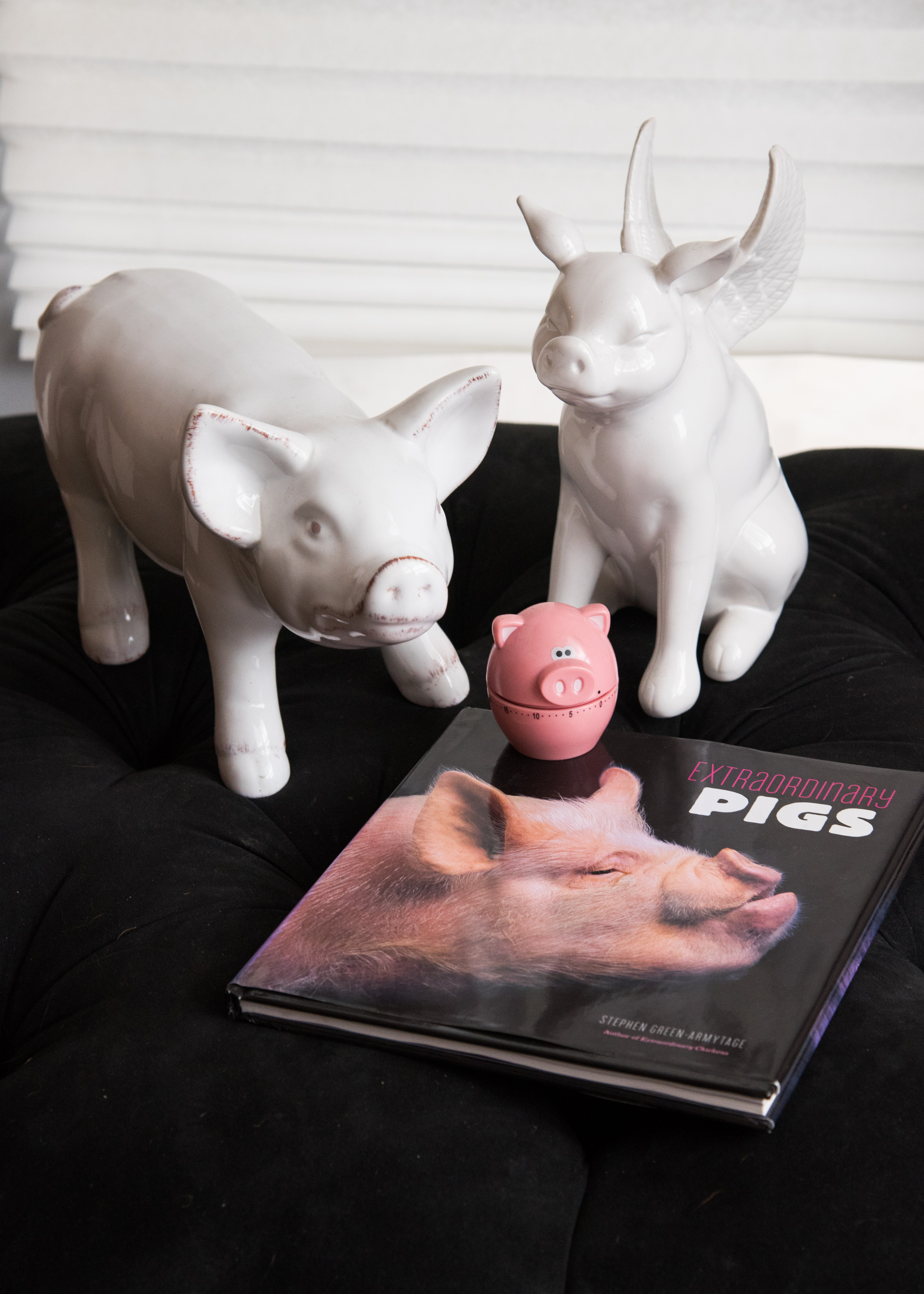 After De Rose’s mother passed away, she inherited her silverware, which she has yet to use. The glasses belonged to her grandmother, and she has used them a few times when entertaining: 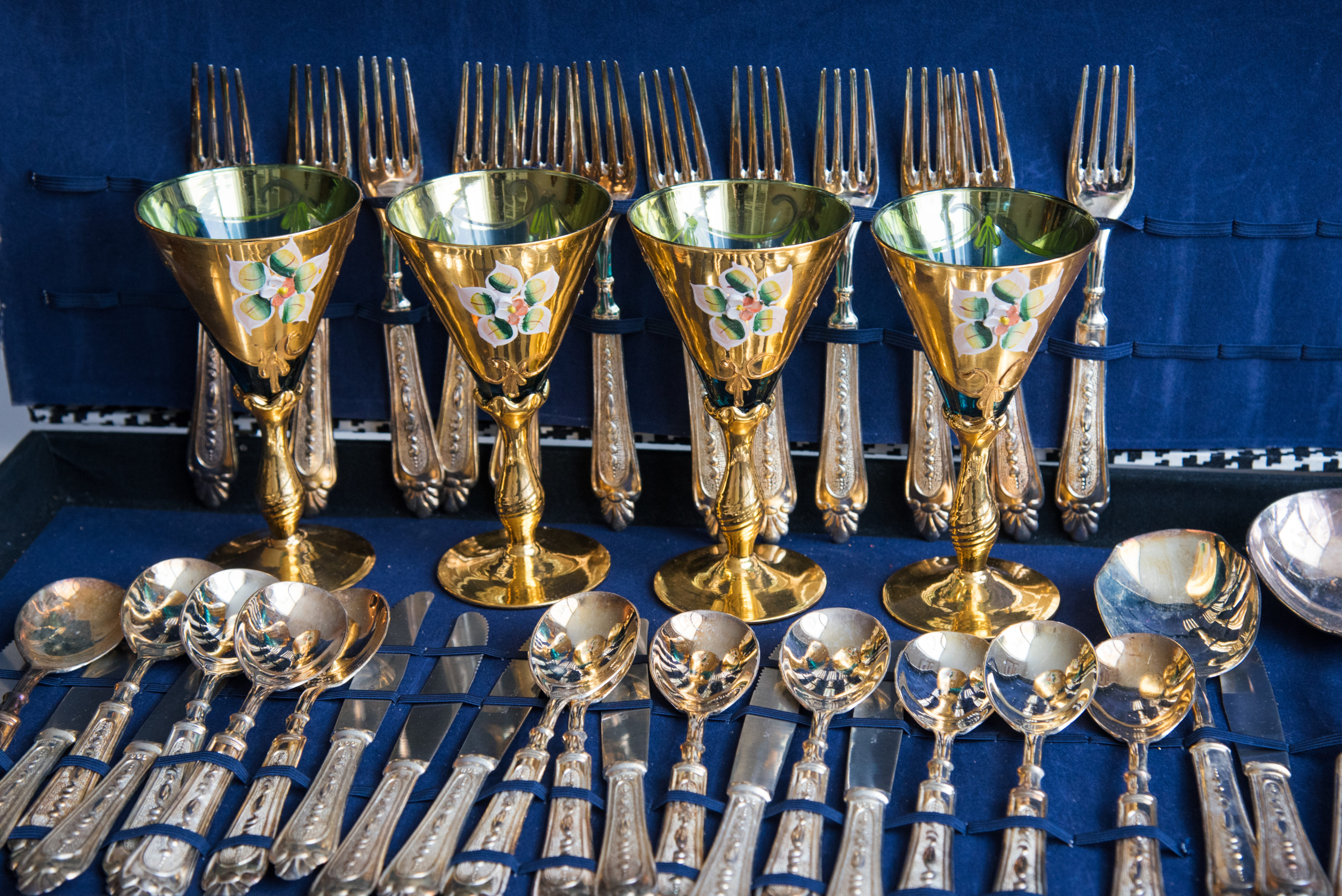 When it comes to cooking savoury dishes, De Rose never follows recipes. She even finds writing down her own recipes at work to be challenge. “I’m always adding a little of this, a bit of that,” she says. When it comes to baking, though, that’s where she’ll actually adhere to instructions.

Thanks for having us, Felicia! 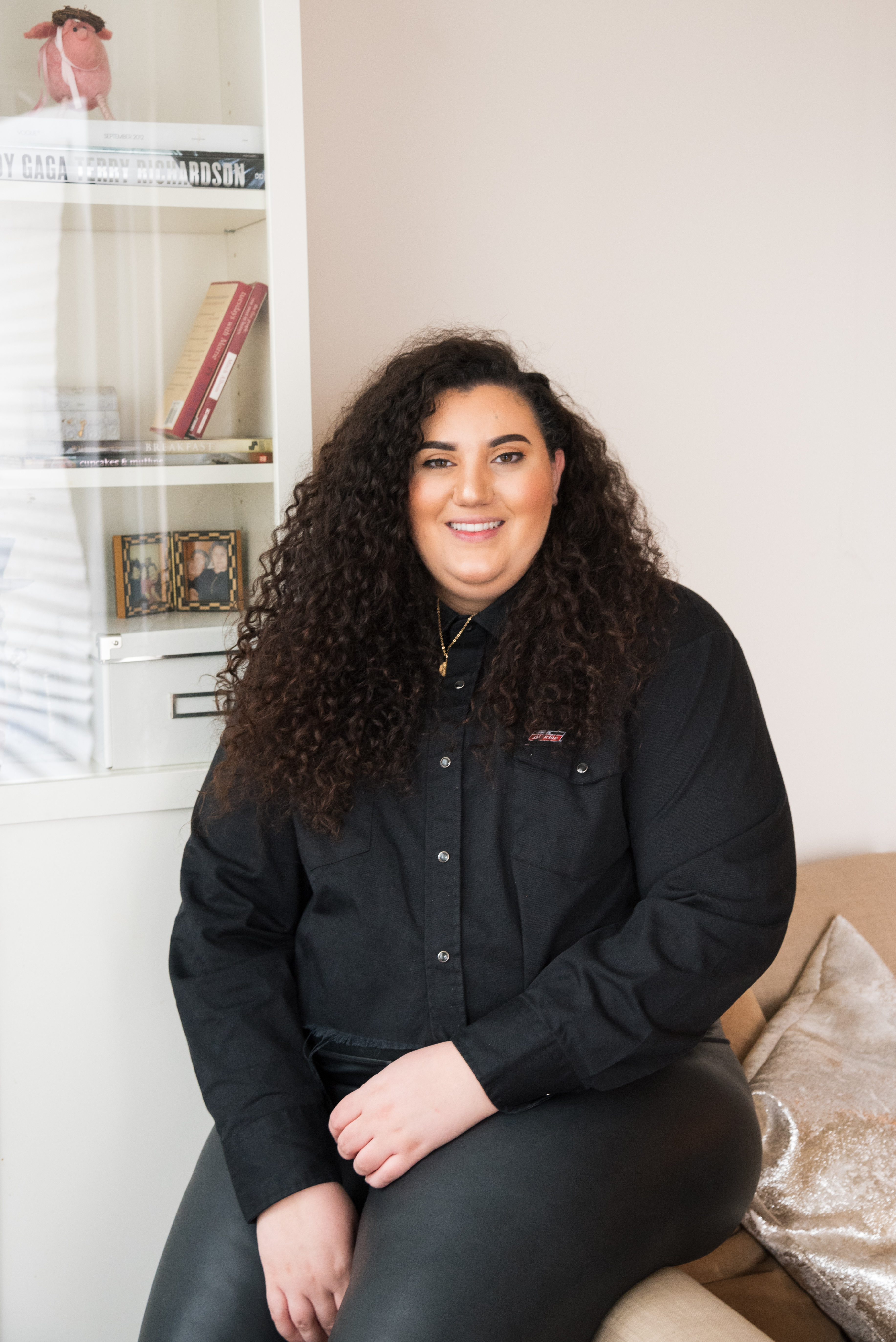