When Fabbrica chef Missy Hui and her wife, Erin Hoult, moved into their midtown Edwardian five years ago, they had big reno dreams but have since come to terms with the functional-if-not-so-fashionable kitchen. Hui would still love to update everything one day, from the cornflower blue tiles to the appliances (a Viking gas range, perhaps), but for now the space is totally adequate.

Right now, the priority is the basement, where Hui plans to build an epic pantry and cold-storage space. She’s also hoping that her wife will lift the current pickling moratorium if she has a sequestered space for the task. “There was an eight-month stretch where I was obsessed with pickling,” Hui says. “But when your whole house smells like pickles, it’s time to stop,” counters Hoult. 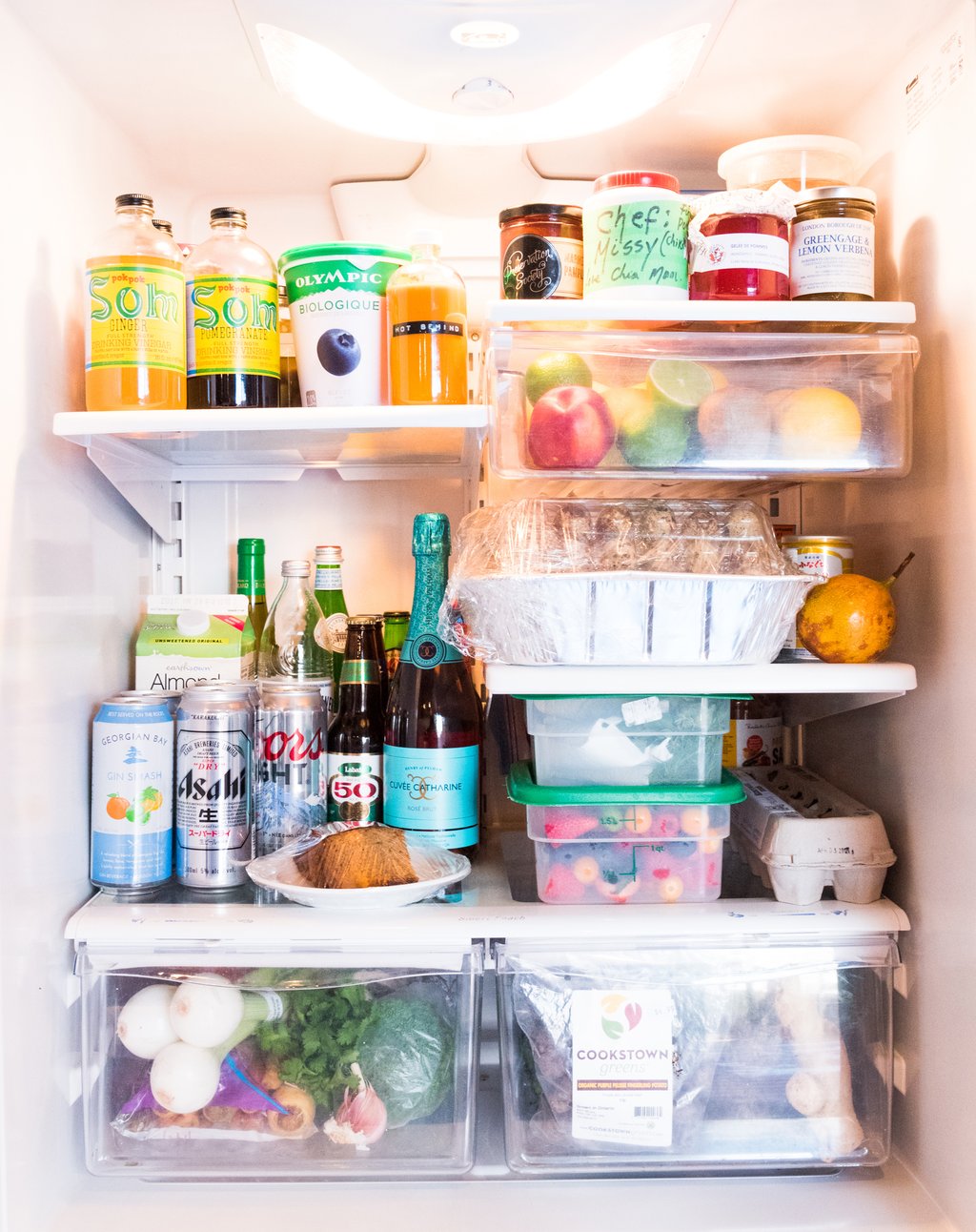 When Hui was promoted to chef de cuisine, one of the first questions her wife asked her was if she still had Sundays off—that’s the one day the busy couple sets aside for quality time. On a perfect Sunday, the two wake up, drink loads of coffee, then head for brunch at their neighbourhood favourite, Hazel’s Diner, where Hui almost always orders the pancakes. “They’re not fancy pancakes, but they’re perfect,” she says. 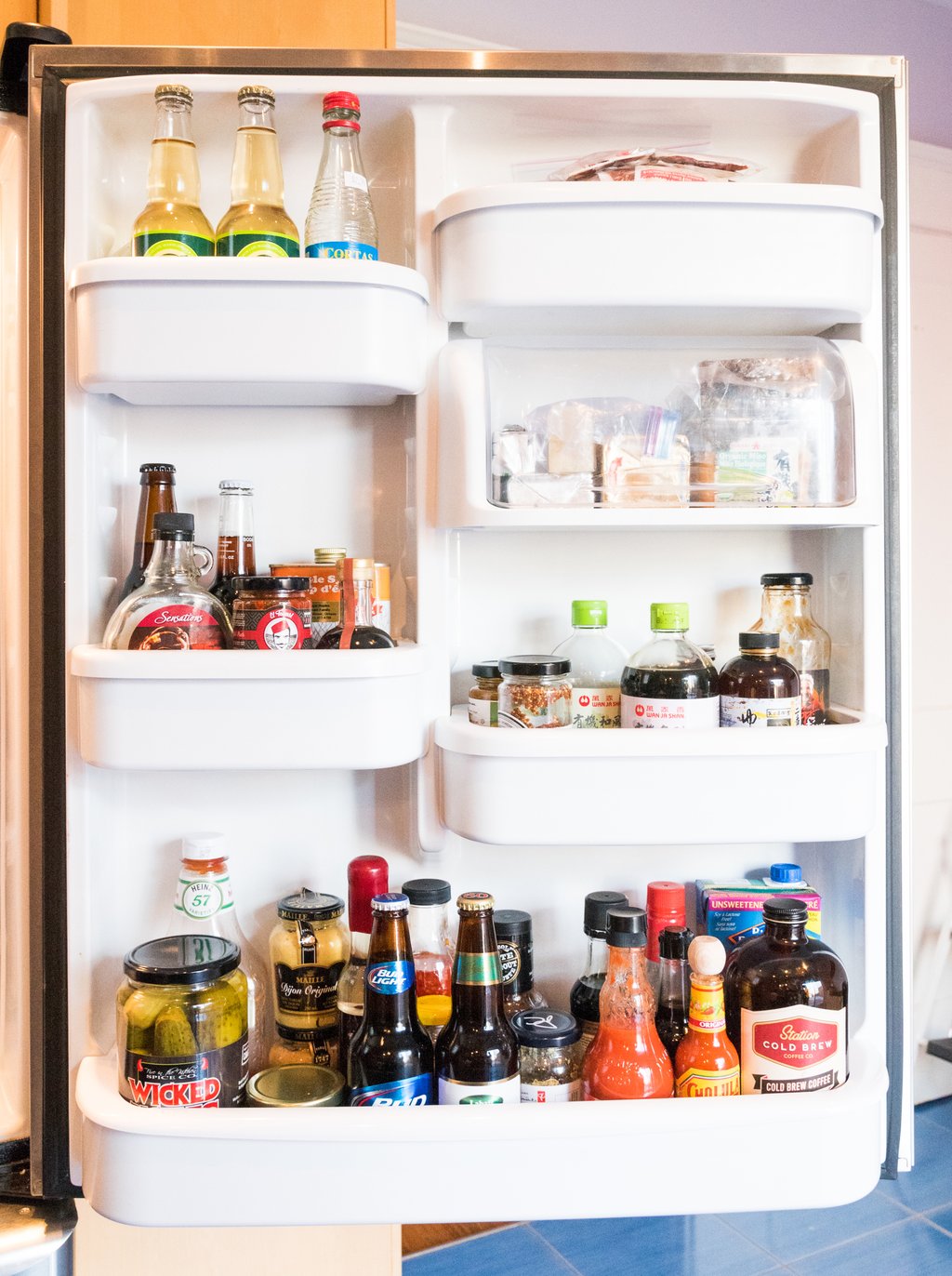 Because they’re both so busy, and Hui hates waste, she usually only shops when she has a meal in mind. “That’s why our fridge is full of condiments and liquor,” she says. Although Hui will grab produce in the neighbourhood, when it comes to buying protein, she shops almost exclusively at McEwan’s. “It’s important to me to know exactly where my meat and fish are coming from, and when it’s delivered.” 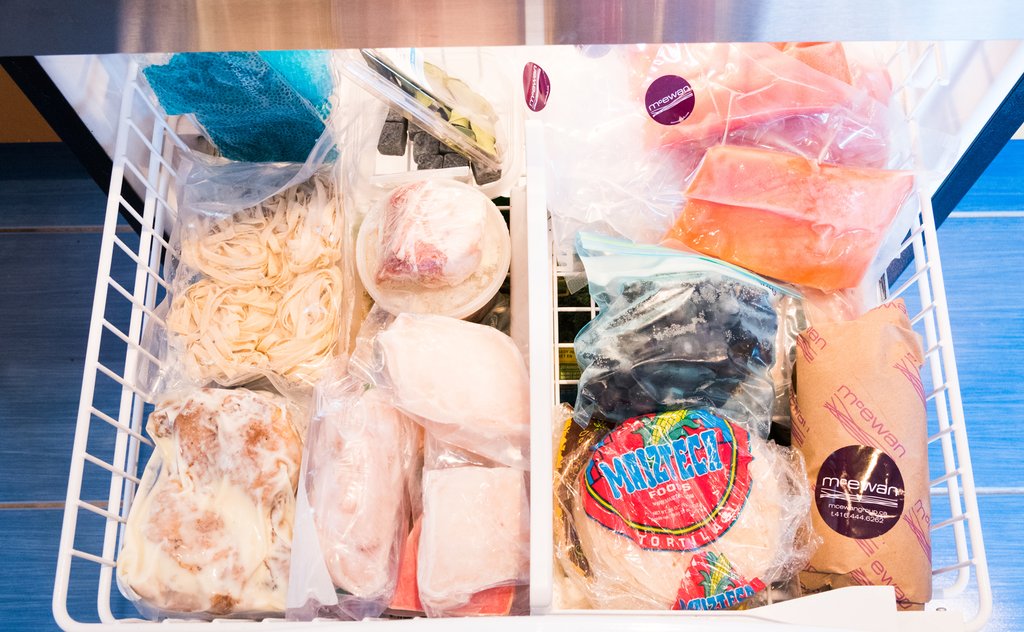 The house has an incredibly deep backyard, but between the squirrels and a black walnut tree, cultivating a garden is a challenge. “My sous-chef gifted me two apple trees last year, and I’m worried they’re not going to make it,” Hui says. Should the squirrels ruin a crop, however, there are two greengrocers up the road with stellar fruits and veggies: “Savory Thymes and Passion Fruits have some of the best-priced Ontario produce in the summer,” Hui says. 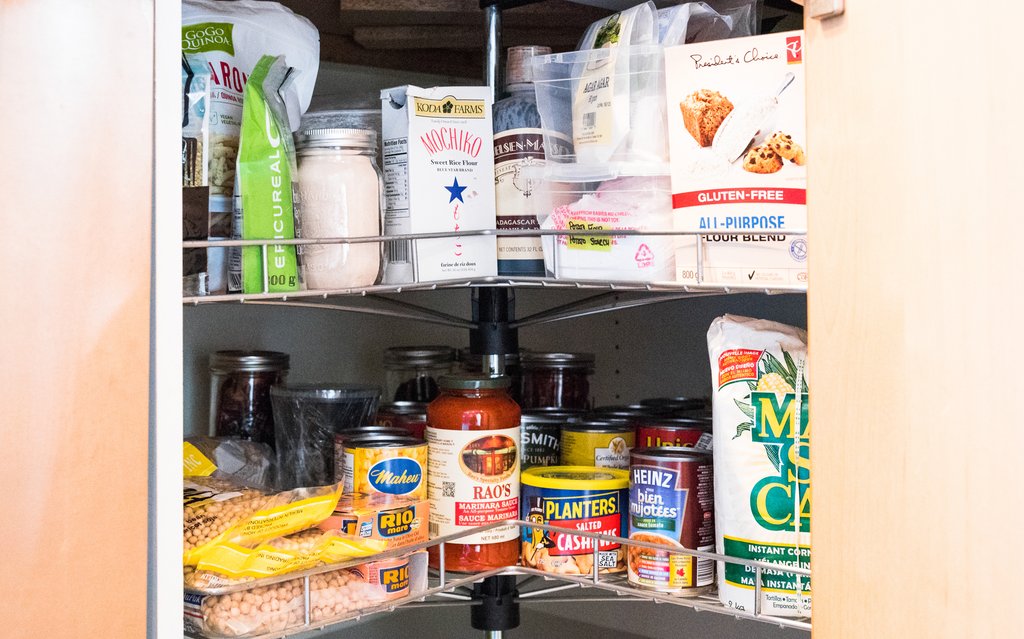 Sometimes, for Sunday dinners, Hui will try out a recipe she’s tweaking for Fabbrica. But if she’s feeling lazy, she’ll whip up some fajitas or tacos: 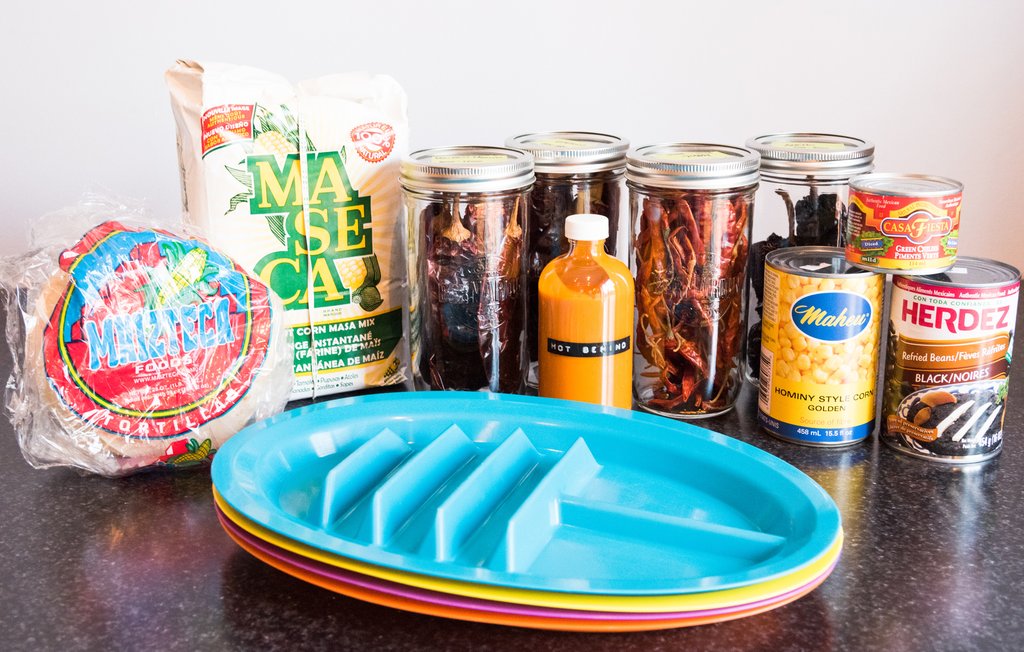 “Alcohol is a food group for me,” says Hui. When it comes to spirits, she favours bourbon (Knob Creek for the price point, Pappy Van Winkle for special occasions). She’s perfected mixing her three favourite classics: old fashioneds, manhattans and rum punch. 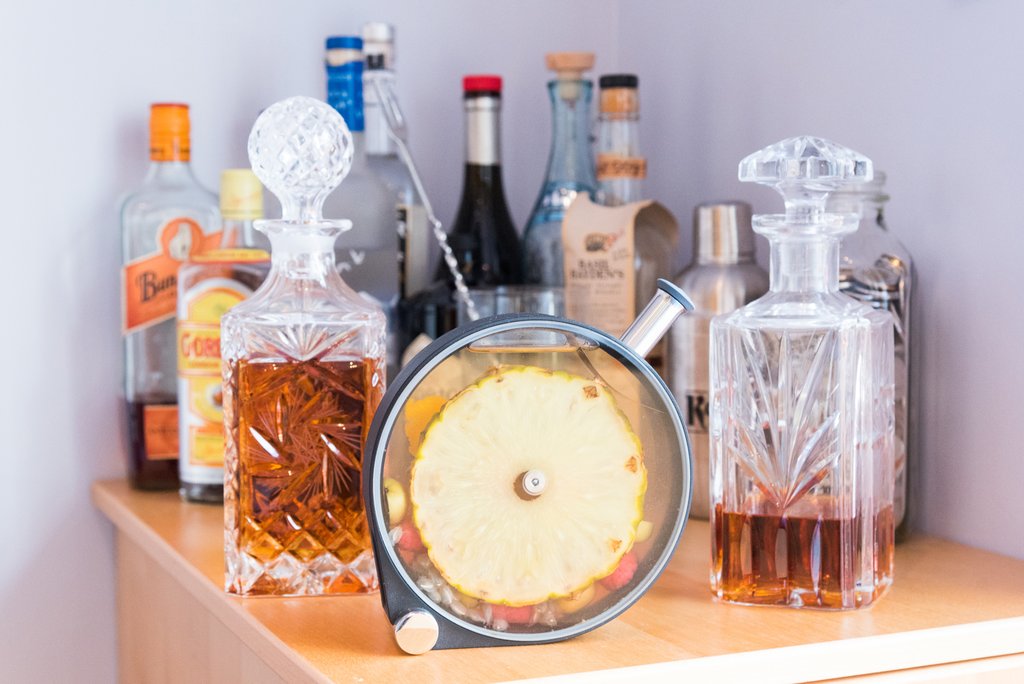 Hui bought this Japanese coffee siphon when she was in Hong Kong for her grandmother’s 85th birthday three years ago. The espresso cups were a gift from her sister; they’re made from recycled espresso beans. On her days off, Hui will spend half an hour brewing a cup, even grinding the coffee by hand. “It’s meditative,” she says. These tart moulds belonged to Hoult’s grandma, who made a legendary no-bake cheesecake on a shortbread base. She never shared her baking secrets though, so there’s an ongoing family competition to see who can hack her recipes. “Mine still aren’t as good as hers,” says Hui. “I think my books and records are sinking the house,” says Hui. She has about 200 cookbooks, many of which she keeps at Fabbrica: 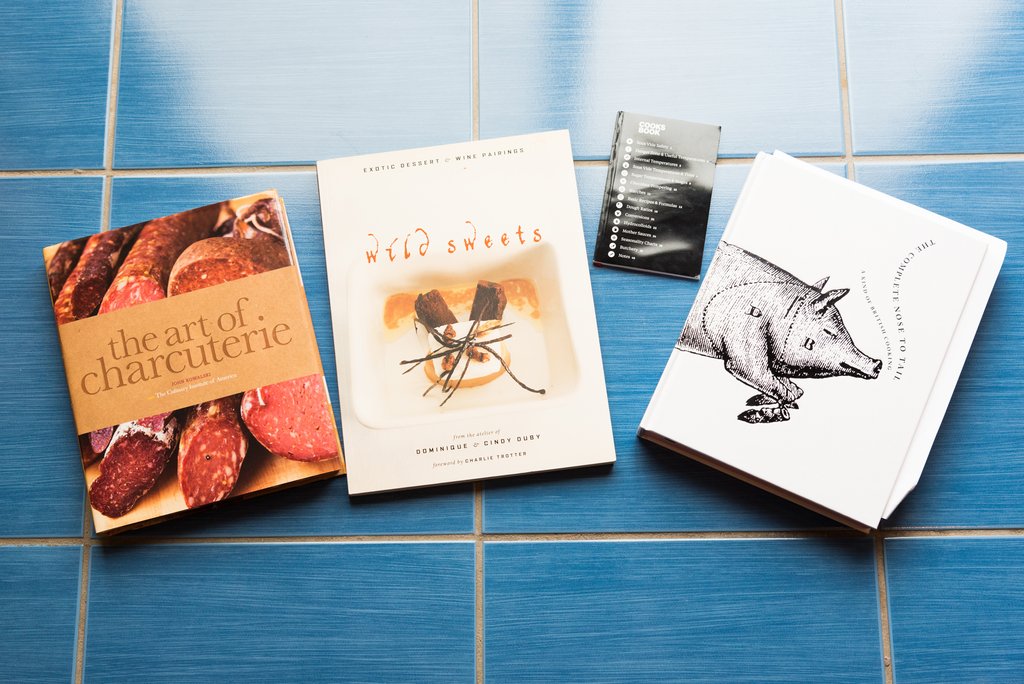