When Amy Rosen bought this Little Portugal home 15 years ago, it was divided into a triplex. As a freelance journalist (and now cinnamon bun maker), Rosen never imagined that she’d be able to afford to renovate her income property and take over the main floor. However, shortly after receiving a $42,000 payout from a copyright case, Rosen began knocking down walls and adding French doors. In its previous life, the long and narrow main floor had been a dour rental apartment. After designer Cameron MacNeil was done with it, the kitchen was bright and airy, mixing modern minimalism with mid-century elements. 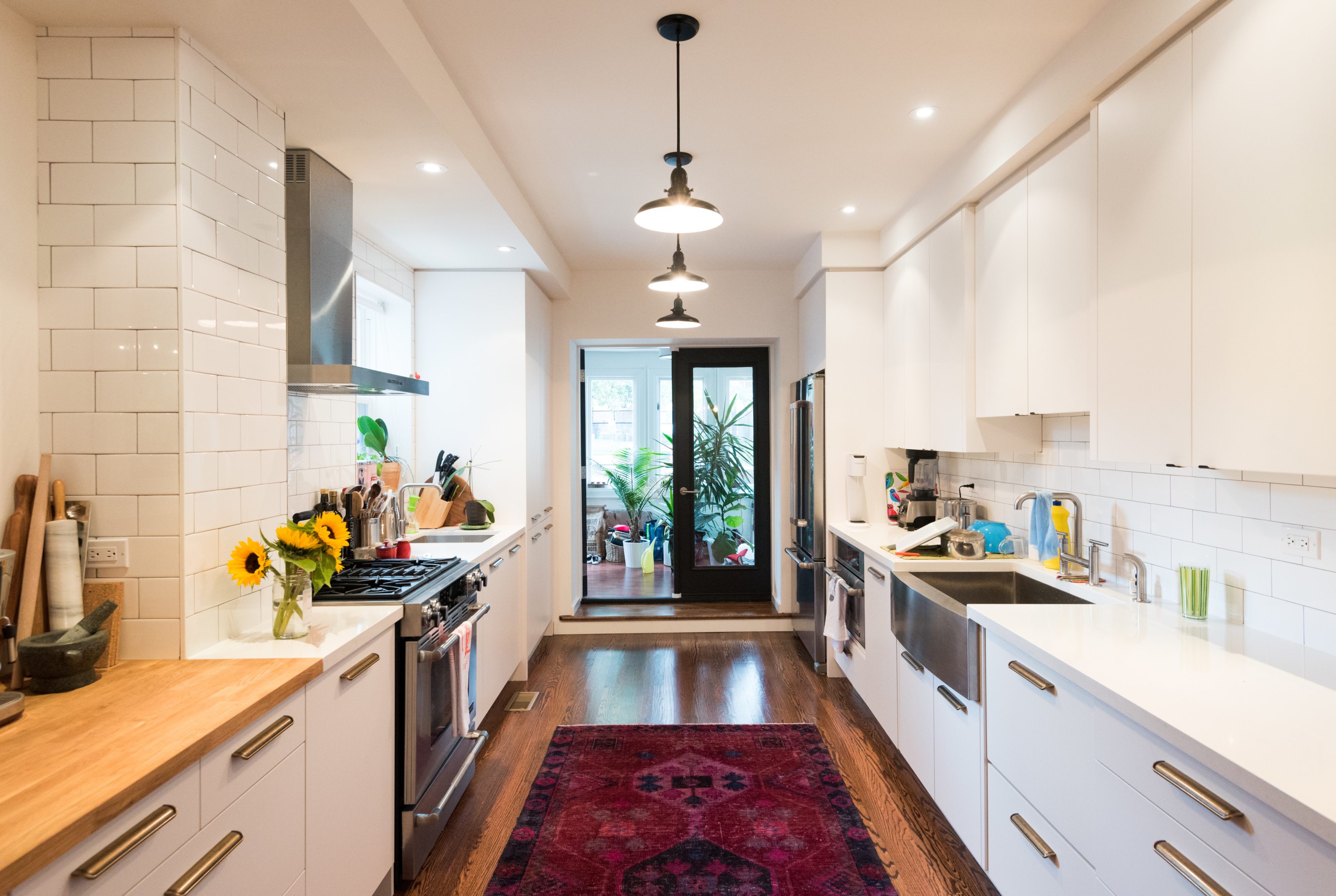 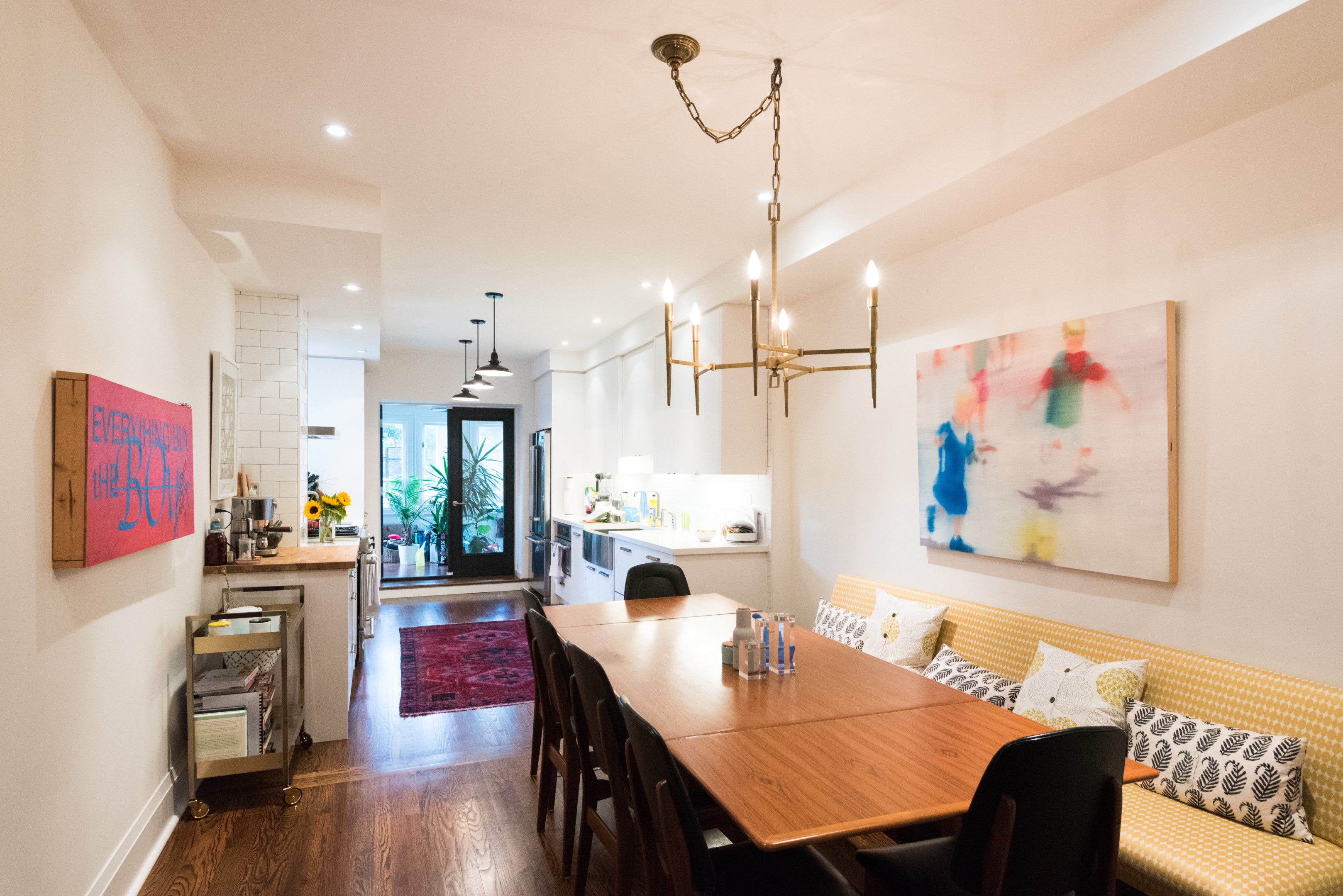 Now that Rosen has enough counter space to work comfortably, she develops recipes for magazines and cookbooks, and she has more than enough space for entertaining. Since renovating, she’s hosted a bunch of dinner parties, though she’s most thrilled that she can accommodate 20 guests at her second-annual Passover seder. (With a little creative angling of tables and chairs, everyone fits!) Rosen’s favourite feature of her new kitchen is the Jenn-Air gas range. “You know you’ve made it when you have a gas stove,” Rosen says. 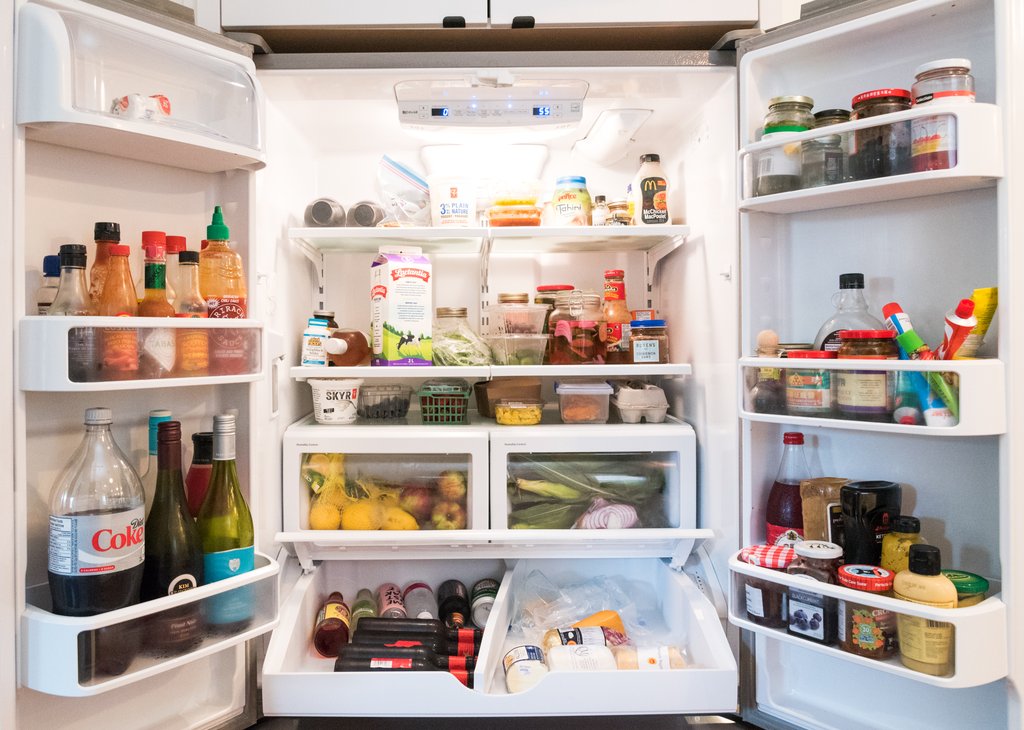 Rosen starts her day with half a Montreal bagel smeared with Jif peanut butter. “I’ve never been one of those people who doesn’t eat breakfast,” Rosen says, though she only recently became a coffee drinker. For most of her adult life, Rosen worked as a freelancer, which meant waking up when she wanted to. It was only after she took an office job editing at House & Home that she finally understood the importance of coffee. Now, she starts every morning with a shot of Ezra’s Pound espresso, which she enjoys as a latte. Rosen eats healthy when she’s at home and indulges when she goes out. For lunch she’ll usually snack on whatever recipes she’s developing that day, or she’ll make a salad—nothing too heavy. Dinner almost always involves a reservation somewhere. Some of her favourite meals recently have been at Honest Weight, Carmen, Byblos and Boralia. 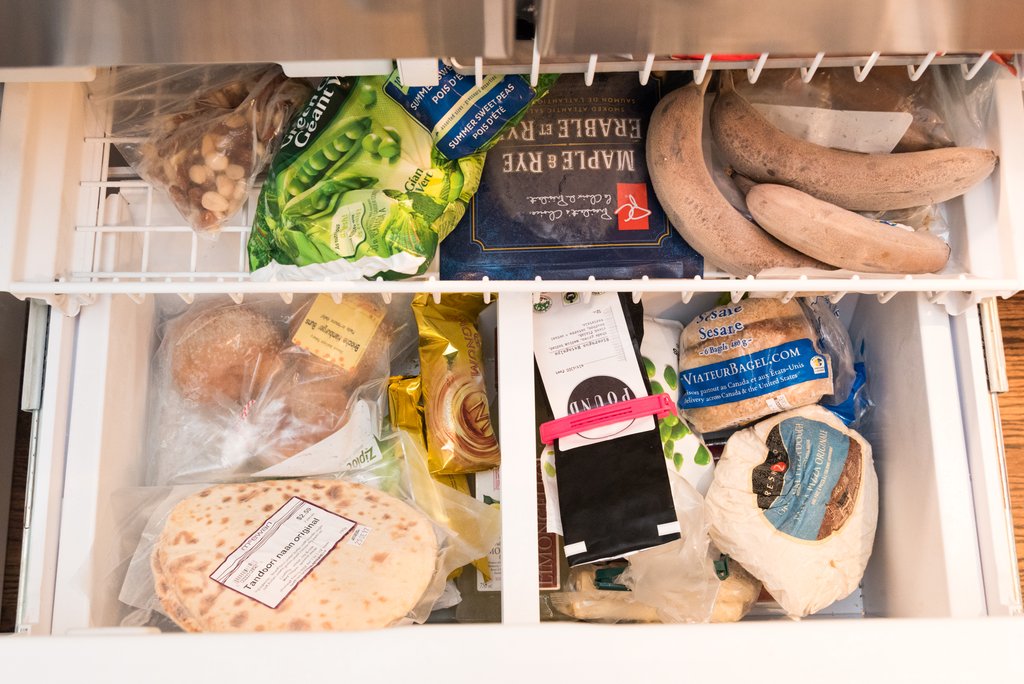 “I’m into the path of least resistance,” says Rosen when pressed about her shopping habits. She gave up her car a few years ago, so she values proximity when doing grocery runs. For veggies and fruit, she’ll hit up the green grocers on College. Weekly trips to farmers’ markets (Trinity Bellwoods or Dufferin Grove) yield in-season produce, cheese from Montforte and fresh-cut flowers. For meat, Rosen is a Sanagan’s fan, though she gets her brisket from Grace Meat (“I keep it old school with that”). For seafood, she hits up The Fish Store on College. “It’s a two-fer: Their fish is super fresh and I get a sandwich while I’m there,” she says. For bread, she divides her carb intake between Blackbird Baking Co. and Prairie Boy. 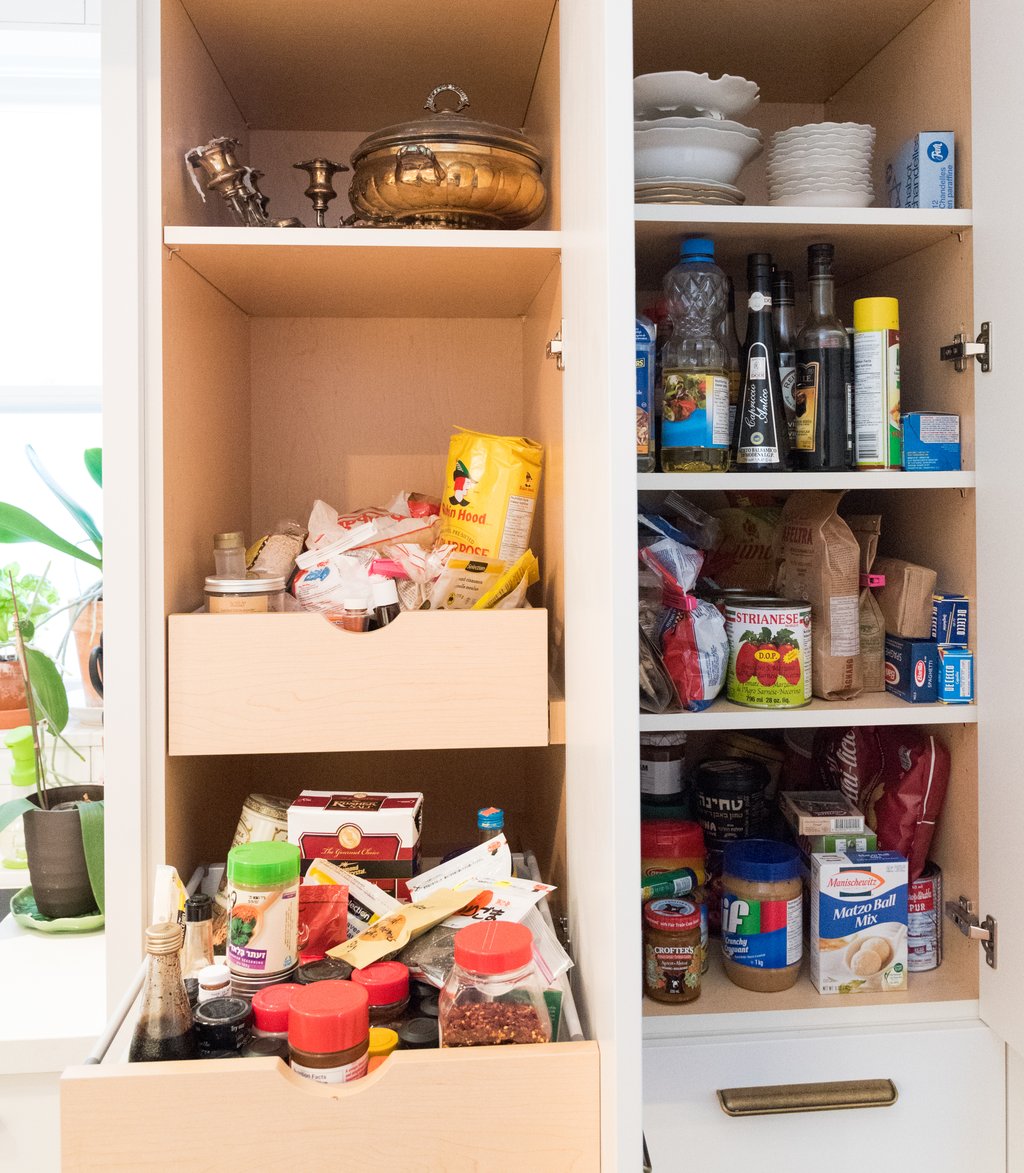 For Hanukkah, Rosen’s mom takes delight in buying her kids the most ridiculous single-use kitchen gadgets she can find. Previous years have yield avocado scoops and corn strippers. Rosen just shakes her head. “All you usually need is a knife and a spoon, which is why I don’t have lots of kitchen toys,” she says: 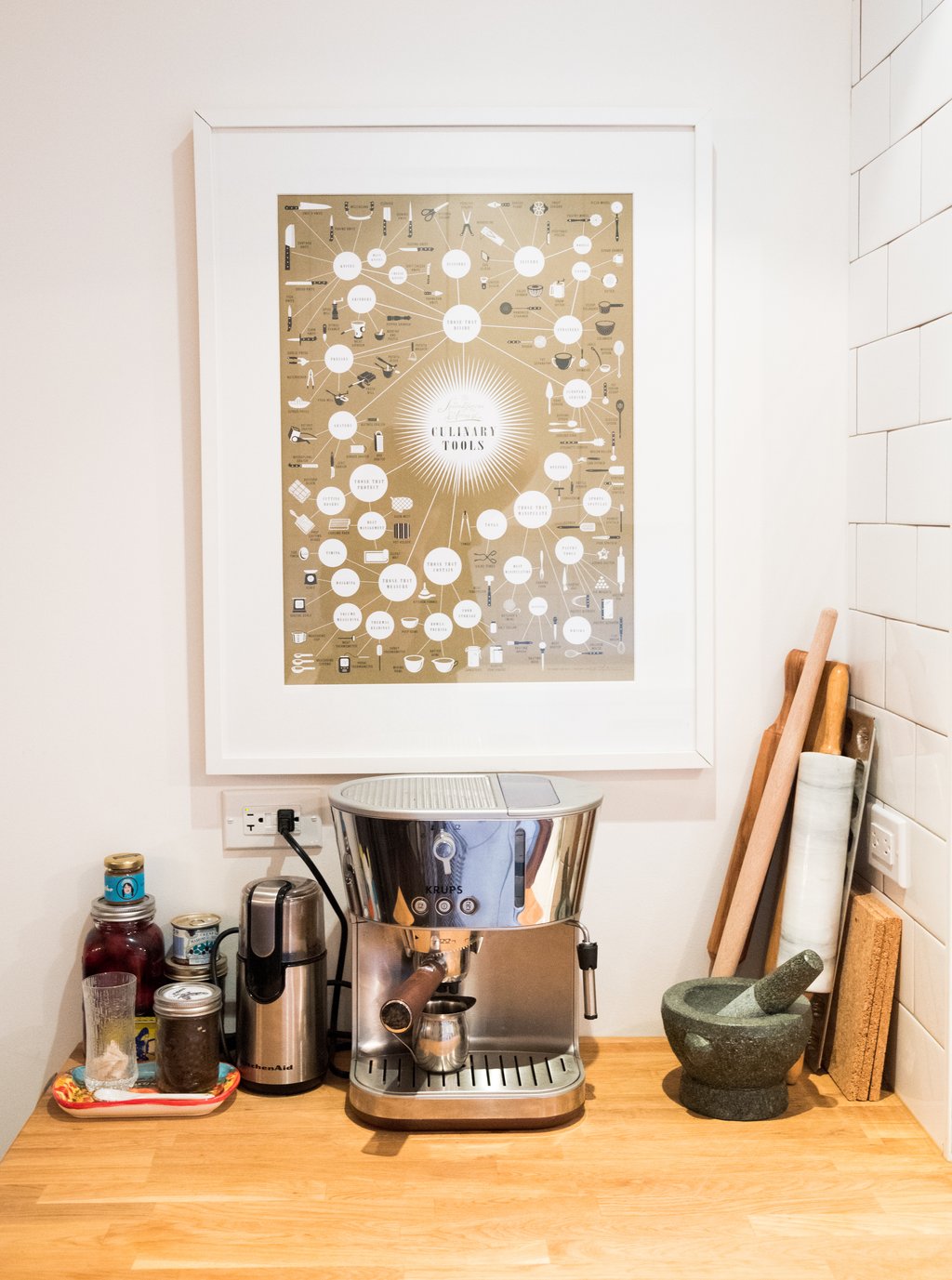 Rosen has been collecting these whimsical Alessi pieces for the past 20 years. At this shoot she realized some of her collection had disappeared: 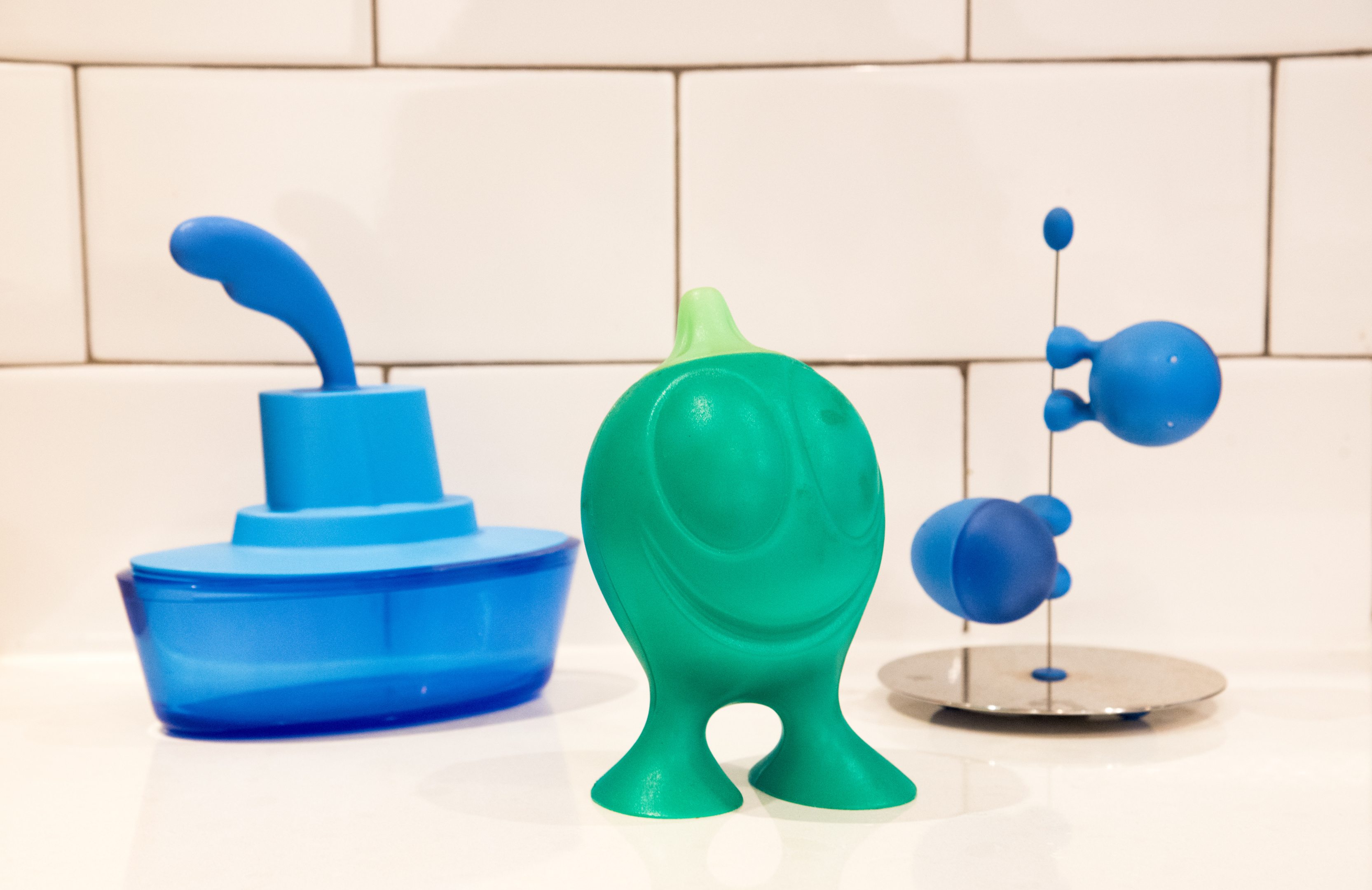 This tea set was purchased at a Design Exchange auction: 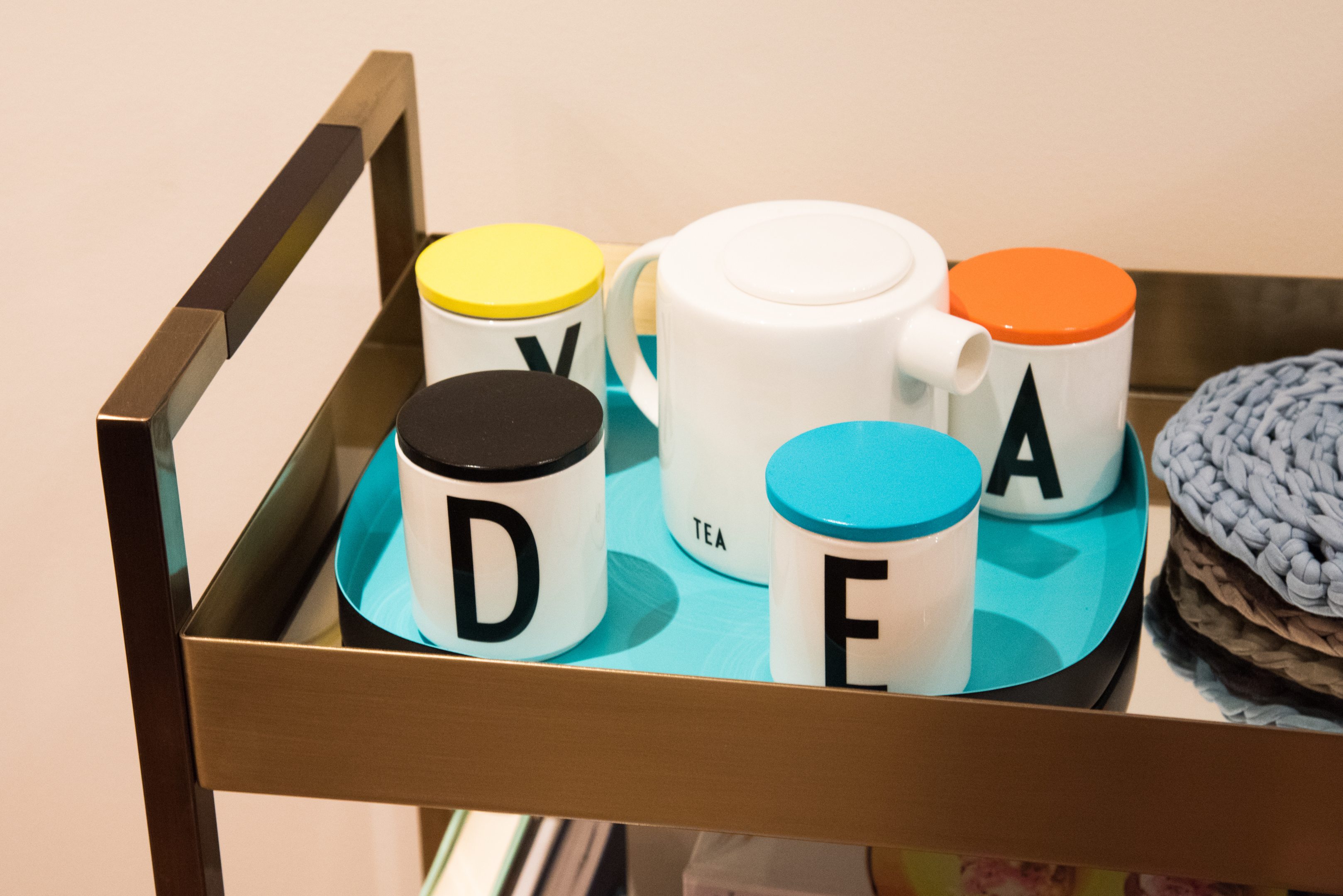 Rosen doesn’t use cookbooks as guides, instead she looks through them for inspiration—except for baking recipes, which she follows to the letter. For books, she’ll browse the selection at Type: 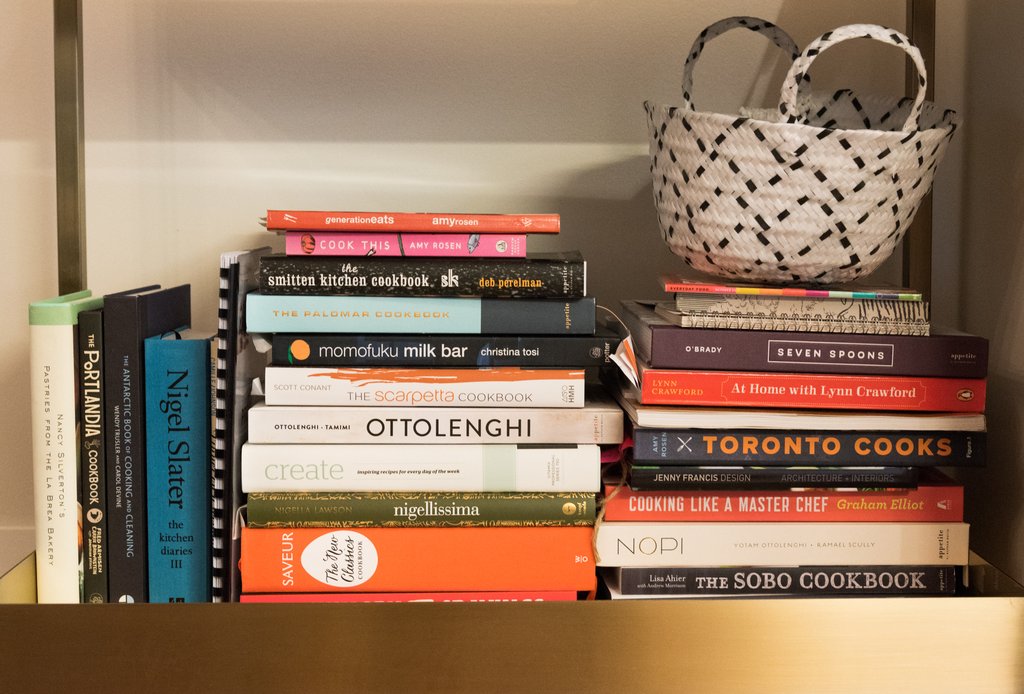 And speaking of books, here’s her newest: 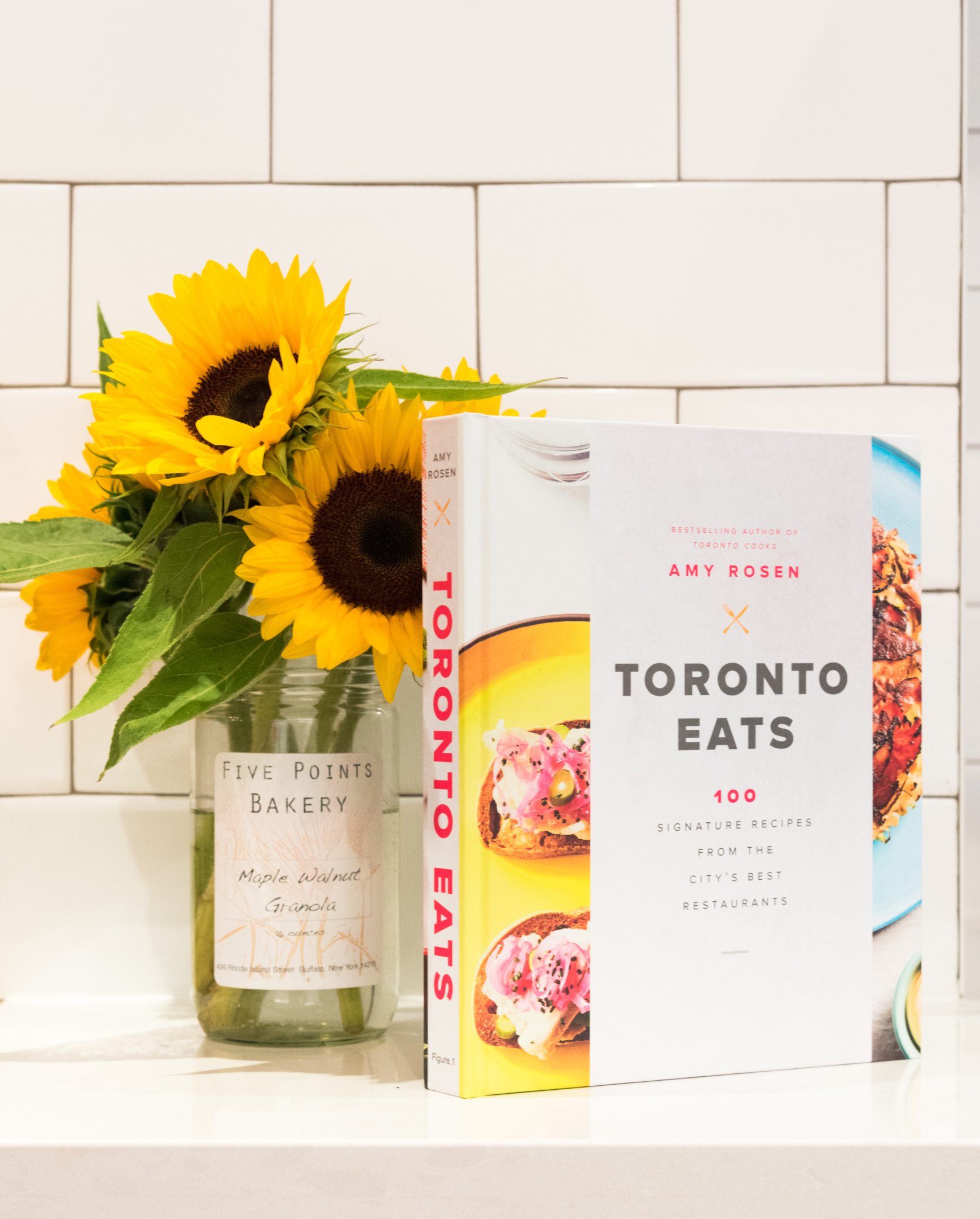