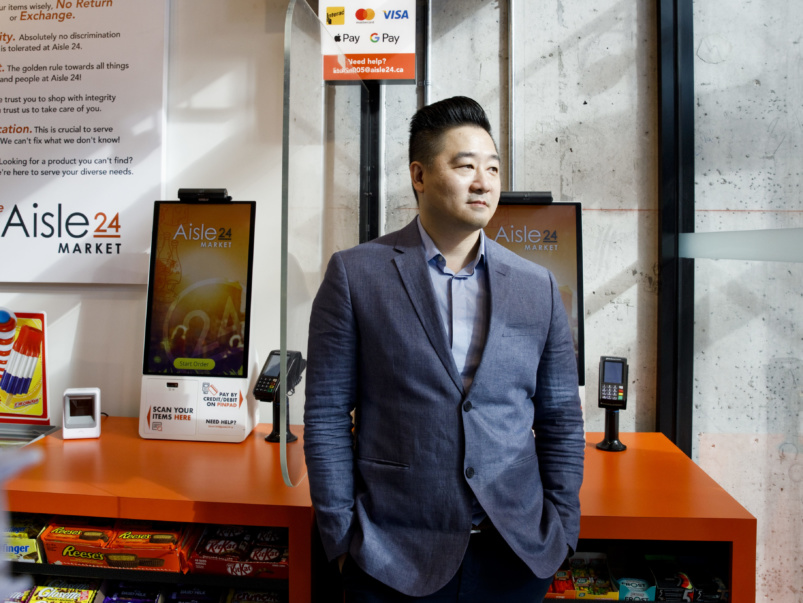 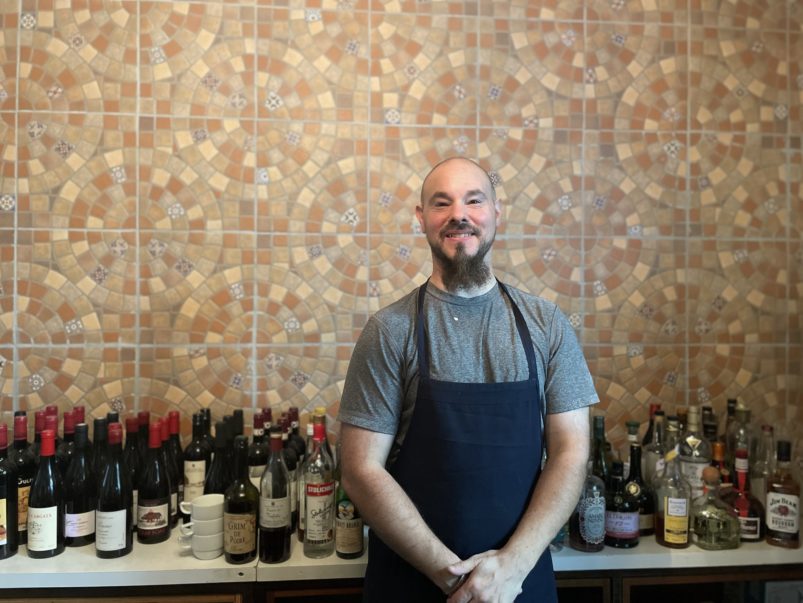 “If we had known it was going to be 18 months, we would have turtled up immediately”: A Q&A with Doug Penfold on closing Chabrol

On March 1, the Ontario government lifted the proof of vaccination requirement for indoor dining, but some establishments are choosing not to scrap the measure just yet. The Rosedale Diner is one of the spots still scanning QR codes at the door. The neighbourhood fixture is basing its policy on customer feedback. “I respect the freedom of people who don’t want to come here, just like they should respect my freedom to make this choice,” says Gil Filar, whose parents took over the restaurant in 1981. Here, he explains why he’s keeping vax passports (for now).

Many restaurants have now lifted their vaccine passport policies, but you decided to keep yours in place. How come?
As soon as the province announced that they would no longer be requiring passports as of March 1, I started weighing my options. I am all for lifting some of the mandates, but my feeling is that vaccine passports have been a way to make people feel safe and to help business return to normal. I know they’re not going to be around forever, but March 1 felt early. I started asking customers about it, just casually and got a lot of positive feedback. There were also some people who were surprised we were keeping the passport system in place. They thought we would be excited for the policy to end, but when I explained my reasons for keeping it, everyone was really supportive.

What are those reasons?
I feel that I’m listening to the science. We know that people who are vaccinated are less likely to spread Covid and also less likely to end up in the hospital if they get sick. So in a funny way, I’m actually looking out for the unvaccinated. I don’t want someone to come into the diner and end up in the ICU. More than that, I’m looking out for our customers. We have a lot of regulars, and many of them told me that they were going to stop dining inside restaurants as of March 1. So we can be a safe place for those people. I don’t want to get into a big debate—I know the passport only requires two doses, which is not as effective with Omicron. My point is that there are plenty of restaurants all over the city that won’t be requiring passports, so we are making the choice to be one of the ones that does. It’s funny how the anti-vax or anti-mandate folks are all about choice until you make one they don’t like.

Did you consult a lawyer before making this decision?
No. The premier was very clear when he announced the end of vaccine passports that businesses who wanted to continue enforcing them were free to do so. In some ways, I feel like that’s a really shifting of responsibility. But at the same time, after months and months of having to go along with this rule and that rule—many of them reactionary and too late, in my opinion—it feels really good to be able to make my own decision about the future.

So if you were premier, the passport system would stay in place?
Not forever, obviously, but for now, yes. Like I said, I don’t understand getting rid of this one thing that has been so helpful in keeping restaurants and businesses open. I feel like it’s a political capitulation and not one that is in anyone’s best interest. At this point we understand that it’s a dimmer, not a light switch. This on-off-on-off has been the hardest thing for businesses. Now they’re flicking the light on again and I worry that it’s too fast and we could end up moving backwards.

How does your staff feel?
I should have said that the first thing I did—even before consulting with my customers—was speak to my staff. I called a meeting and let everyone know what I was thinking and they were all in agreement. That wasn’t a big surprise. We are a small restaurant and a very small staff—especially after two years of Covid—so these are things we have been talking about together for the last year. We talked about the best way to move forward—whether it was better to make an announcement or just have people find out when they come. It was one of my staffers who said that if we don’t announce it, people may show up and get angry that they have wasted their time coming in. So this way, at least there’s a fair warning. I agreed and that’s when we posted our policy on Instagram. So that was our decision. I know that some other restaurants are being more low-key about it because they want to avoid harassment and that is totally understandable. I actually called all my staff over the weekend, just to point out that we were likely going to be on the receiving end of some anti-vax sentiment and if anyone was worried they should feel free to speak up. But everyone was okay with moving forward.

Have you experienced much in the way of harassment?
It’s definitely gone up a lot in the last couple of days, but this is something we’ve gotten used to over the last few months. When the QR codes were implemented, we had people freaking out—maybe because their passports were fakes. We had people in their 50s and 60s throwing tantrums and we would just try to de-escalate. What’s different now is that the harassment isn’t necessarily coming from our clientele—we’re getting negative reviews on Google, crank calls, people making fake reservations using very clever fake names.

Are we talking Ben Dover? Seymour Butts?
Ha! They’re actually a lot cruder, so I don’t want to say. I have decided to implement a $25 charge for reservation no-shows. If these people still want to get their kicks, that’s fine with me. I’ve been called an enemy of the state, a segregationist, and now we’re getting accused of apartheid. My response to that is that these people need a history lesson. I try not to let it get to me, though I did call the cops about an Instagram post where the person said they hoped the restaurant burned to the ground. I think it’s important to establish a paper trail.

Do you worry about protestors picketing outside of your restaurant?
I know Jen Agg had that issue last summer at Bar Vendetta after she spoke out in favour of passports. I am such a fan of hers and I visited her restaurant shortly after to show my support. At this point the negativity has been online. A lot of it is coming from people outside of Toronto—in other provinces and even from the States. They’re saying things like, “I’m never coming to your restaurant again,” which is fine, it’s totally their prerogative. But I’m not sure that those people—or the ones leaving Google reviews about supposed food poisoning—have ever even set foot in our establishment. And like I said, the people who do come here have been so supportive. Along with the crank calls, we are getting calls of support from people thanking us for doing the right thing. We had someone call from Markham last night saying they would be in to visit the next time they were in Toronto.

What was March 1 like?
I was a little worried, but it was actually great. We were a lot busier than we have been on a Tuesday night in two years—maybe longer. I manned the door myself along with another server and there were zero issues. What was really nice was that there were a lot of new faces, and faces I hadn’t seen in a long time. I sat a mother and daughter who came in because they saw our Instagram post. There was another family who saw the interview I did on CBC. So there were definitely people who came specifically because we are still asking for passports. And then there were others who weren’t seeking out the passport requirement, they just didn’t have an issue with it. They were simply here to enjoy our food and our service and have a great night.