Under a late September sun, more than 100 people are gathered in a laneway backing onto Bickford Park. A Calabrian folk trio fills the air with the sound of an accordion, as smoke from a wood-burning oven wafts from a neighbouring garage. The crowd is in party mode, sipping wine from plastic cups while peeling potatoes and cleaning roasted red peppers. This is Peperonata Lane—its official name since 2013—and the scene of an annual neighbourhood pepper feast in honour of the Southern Italian harvest dish.

Francesco Gallé, whose home backs onto the laneway, started the local tradition 25 years ago, when he invited over a few friends to roast some peppers as his family had done in Calabria. They moved to Canada in 1972, when Francesco was six years old. The locals loved the gathering so much they told their friends, and the next year more people showed up. As the years went on, the peperonata feast became a community event. Today, Peperonata Lane is likely the only laneway in Toronto named for such a tradition.

Francesco zips around overseeing every detail, and greeting every guest with a kiss on each cheek. In the garage, Francesco’s brother, Bruno, tends the fire, turning the peppers occasionally until they are perfectly charred all around. That’s when the peppers “marry” the wood, as Francesco’s mother, Tomassina, says. This marriage of flavours, sweet and smoky, is what makes peperonata special.

Once the peppers are done roasting, they are brought outside to be cleaned. Guests plunk themselves down on milk crates, put on plastic gloves and go about removing the charred skin and seeds before tearing the peppers into strips. The strips are brought back to the garage, where Francesco’s sister Rosa stirs them in a huge colander. Every now and then the crowd jumps aside as Francesco and a pal haul out a gigantic pot of potatoes, freshly boiled and ready to be peeled. Helpers scrape the skin off the scalding hot spuds with plastic knives. In all, five bushels of peppers and 100 pounds of potatoes are prepared and mixed together with olive oil and salt.

After several hours—and more bottles of wine—the peperonata is ready. Those who helped are first in line for a heap of peperonata with fresh ciabatta.

“Let’s get every lane named after a tradition,” Francesco says. “It means there’s something going on there.”

Here’s a closer look at how to throw a peperonata party. 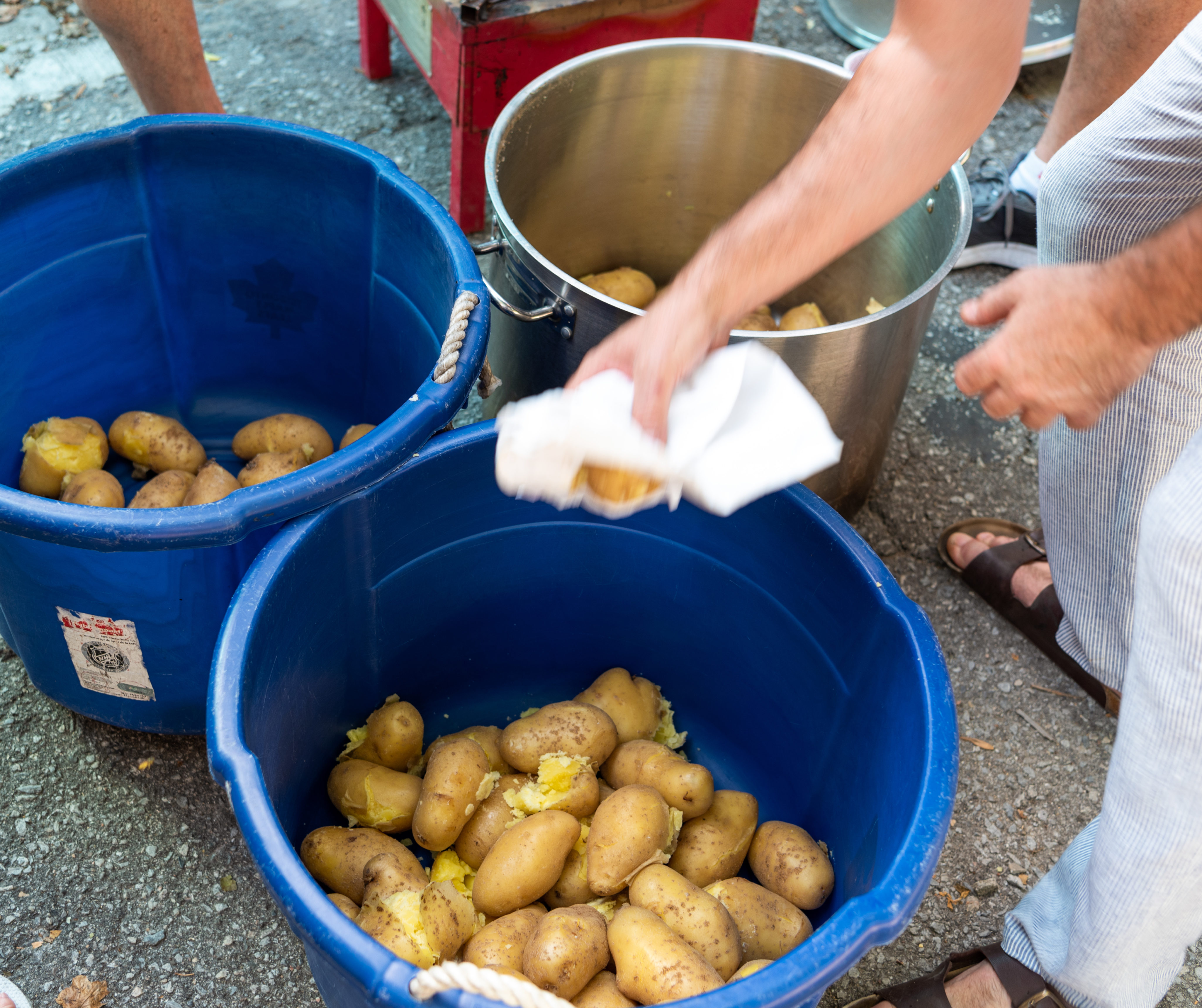 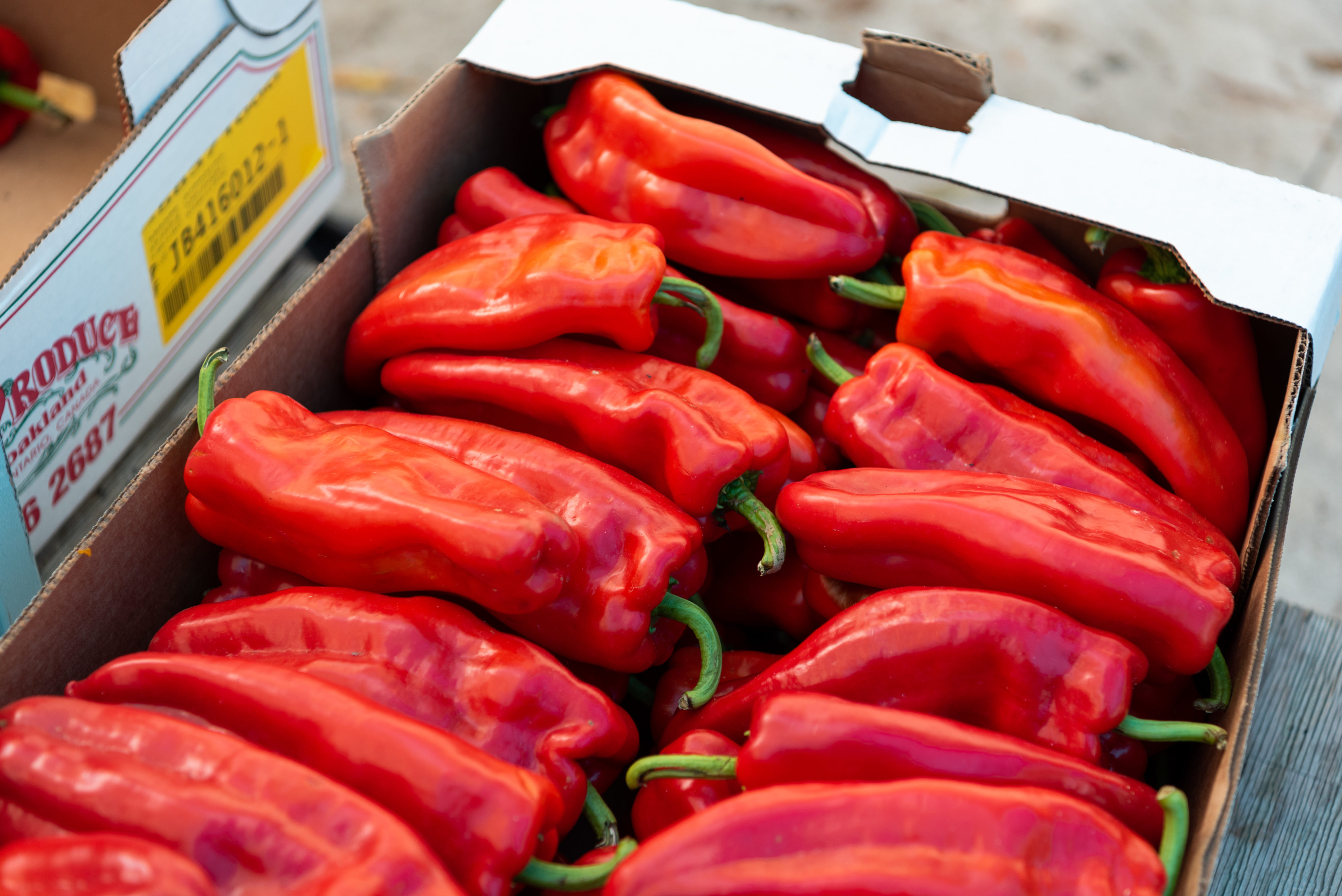 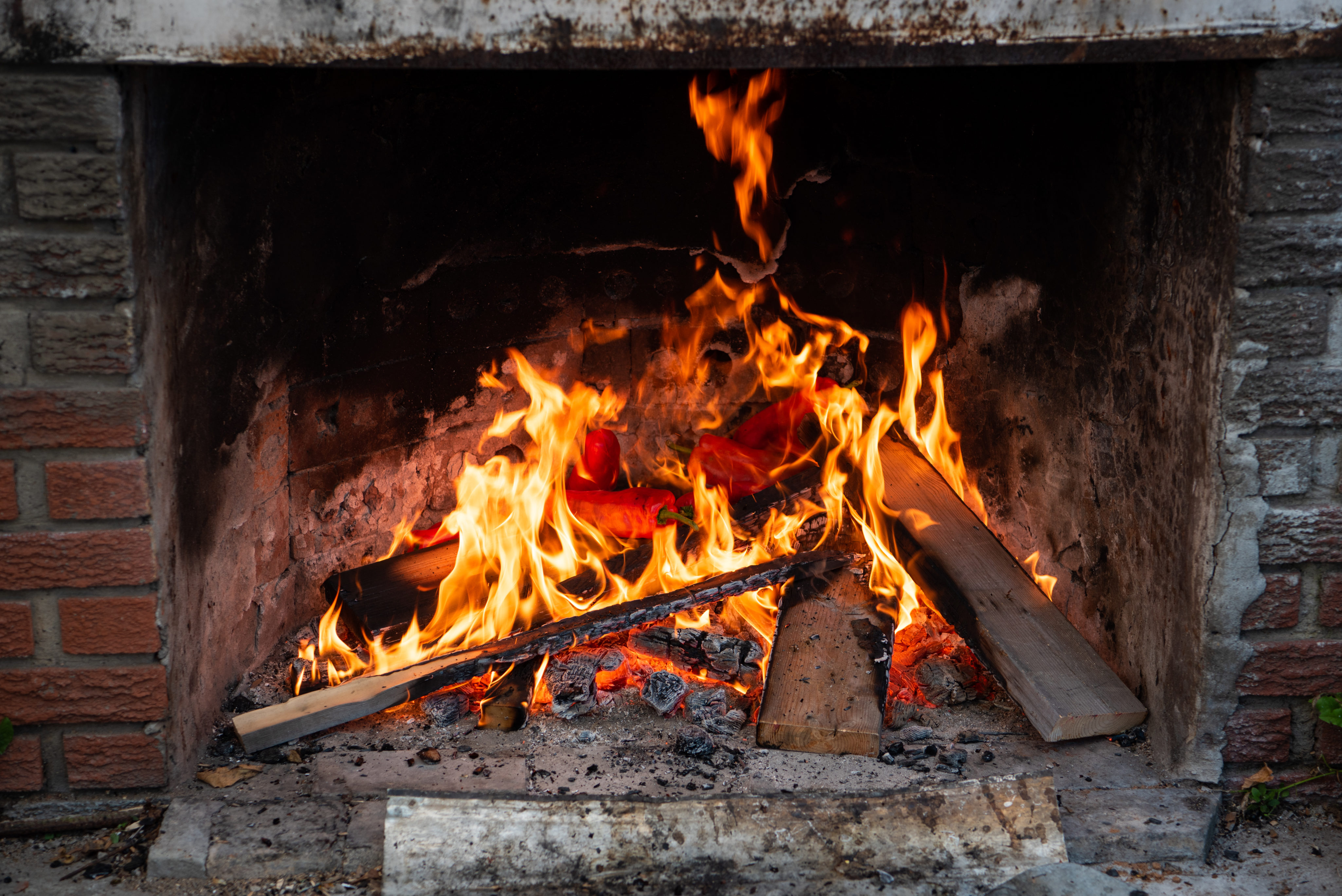 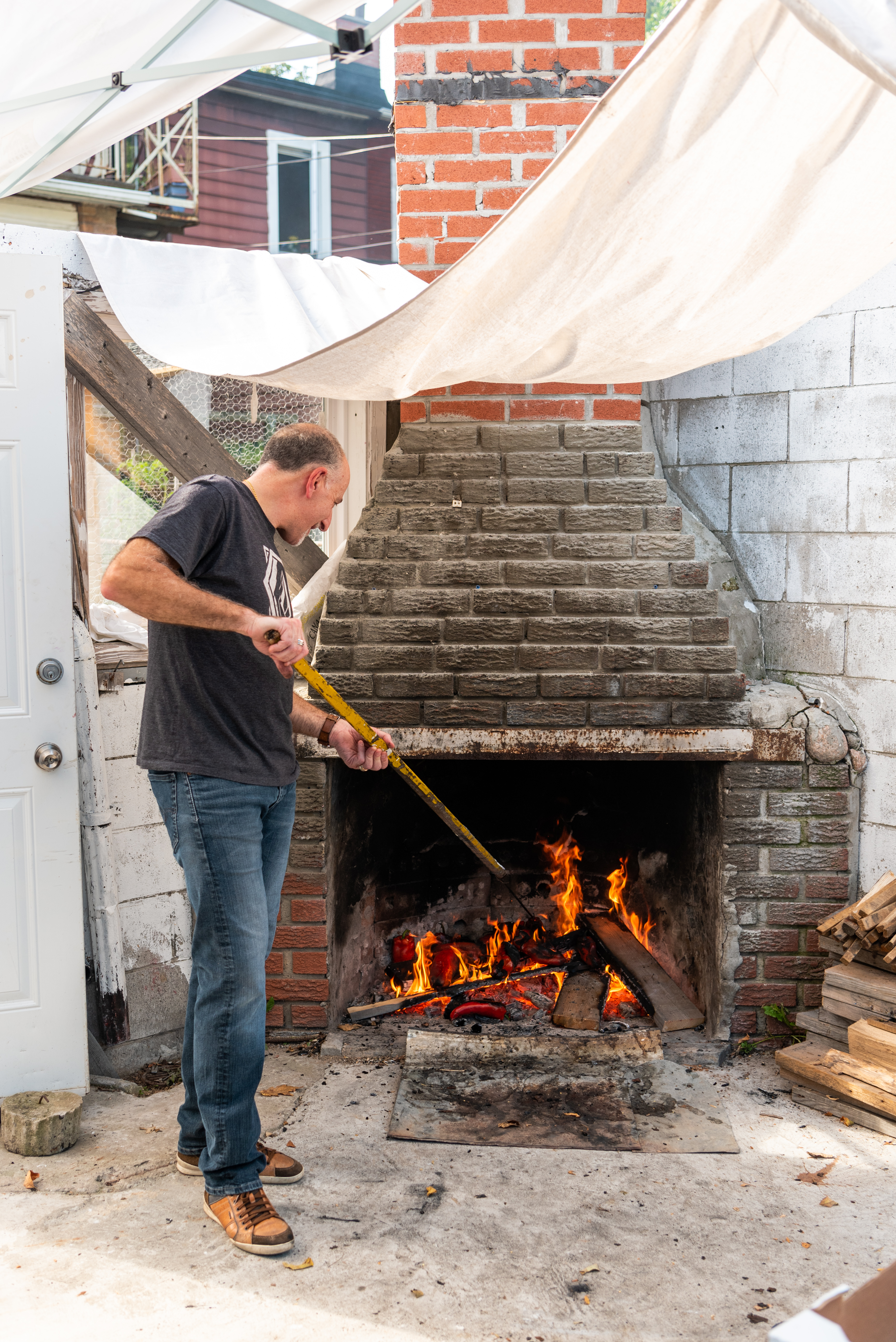 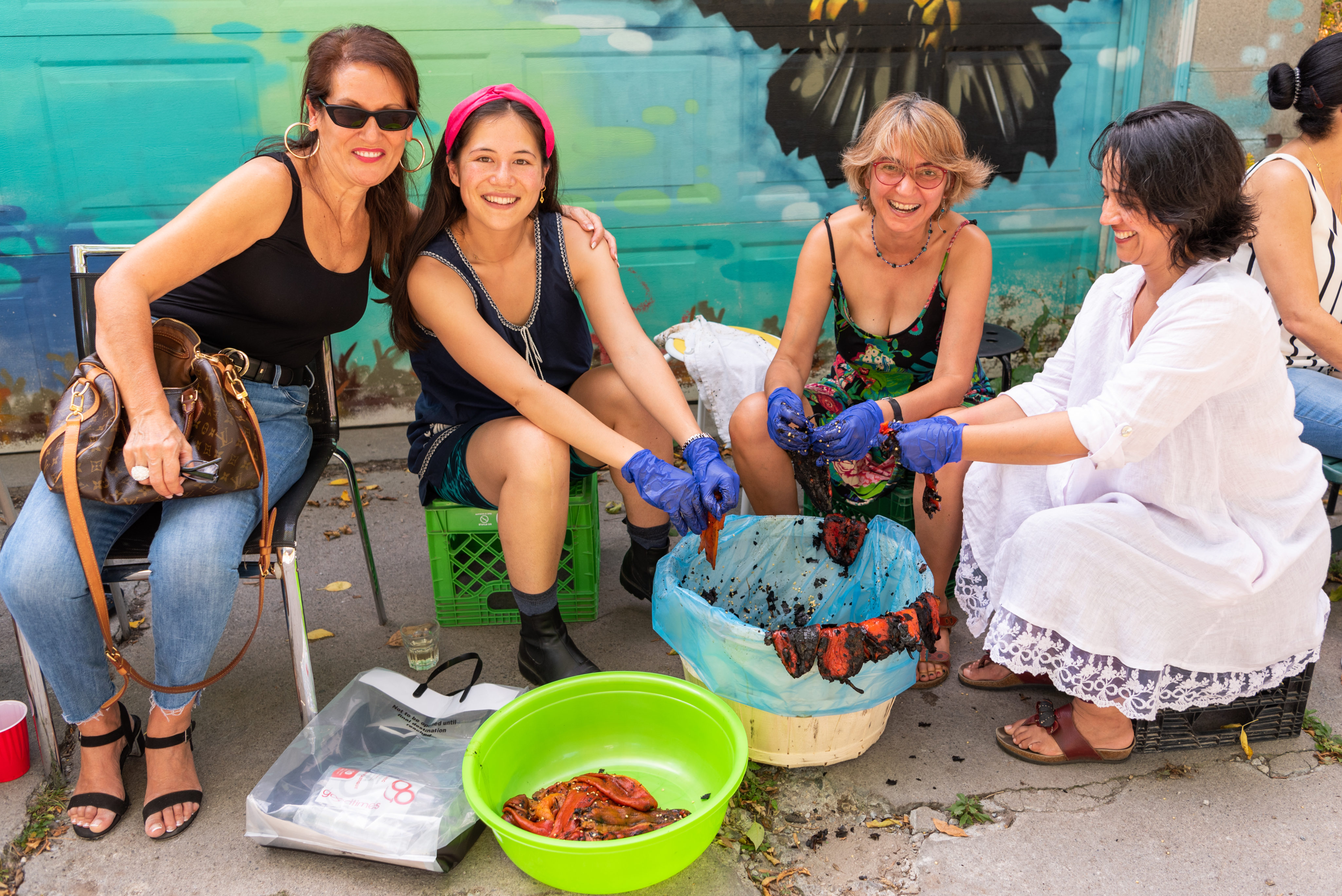 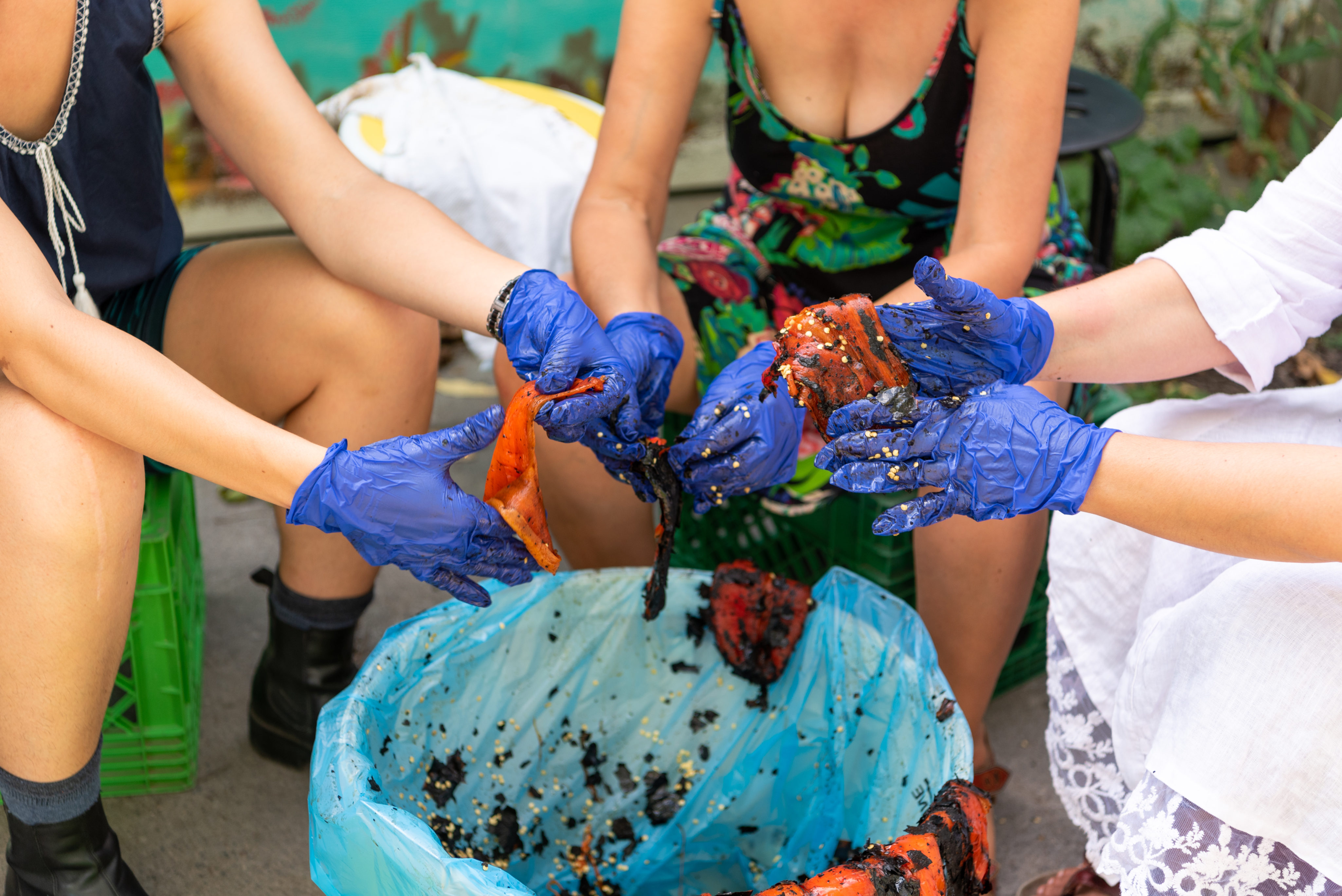 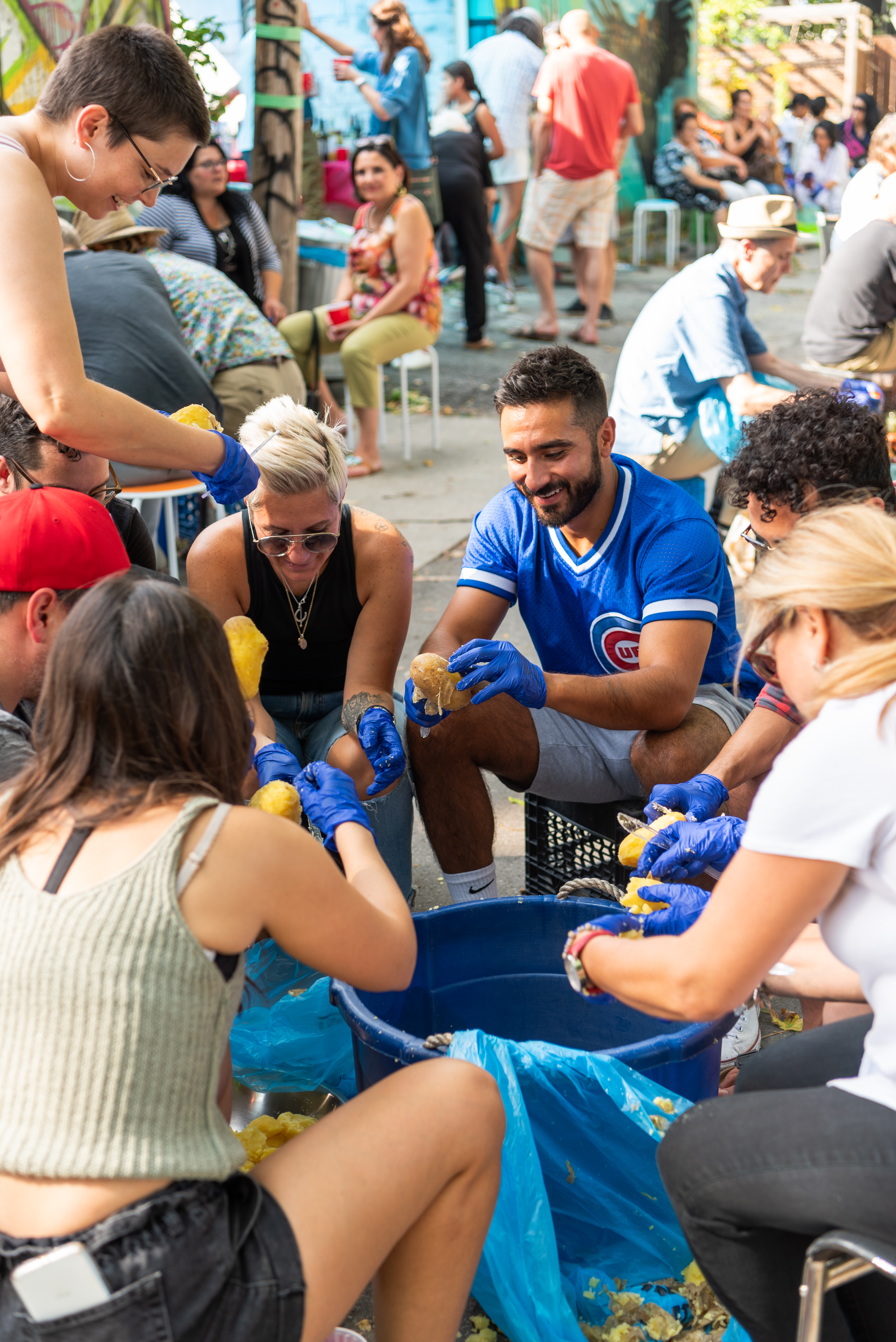 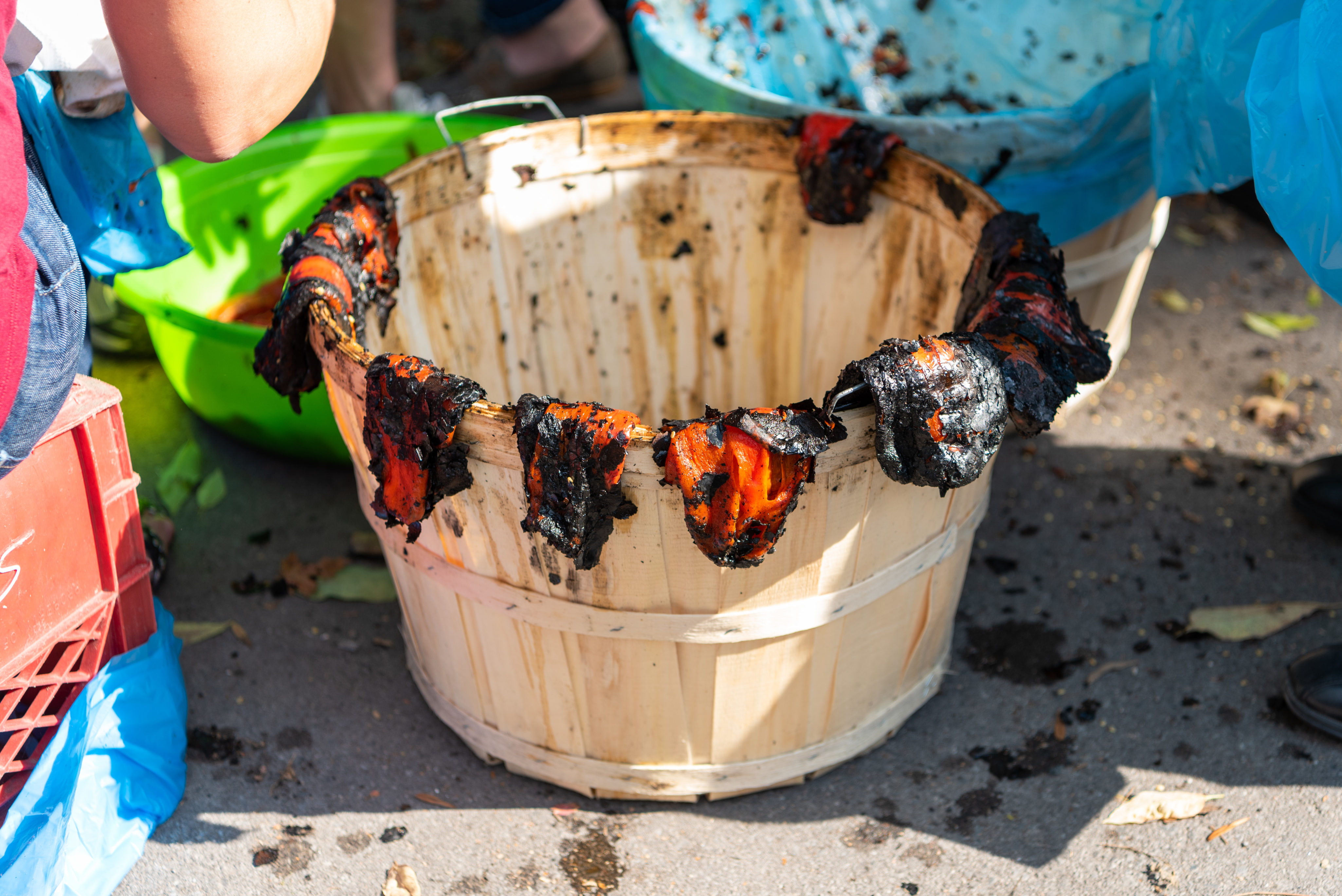 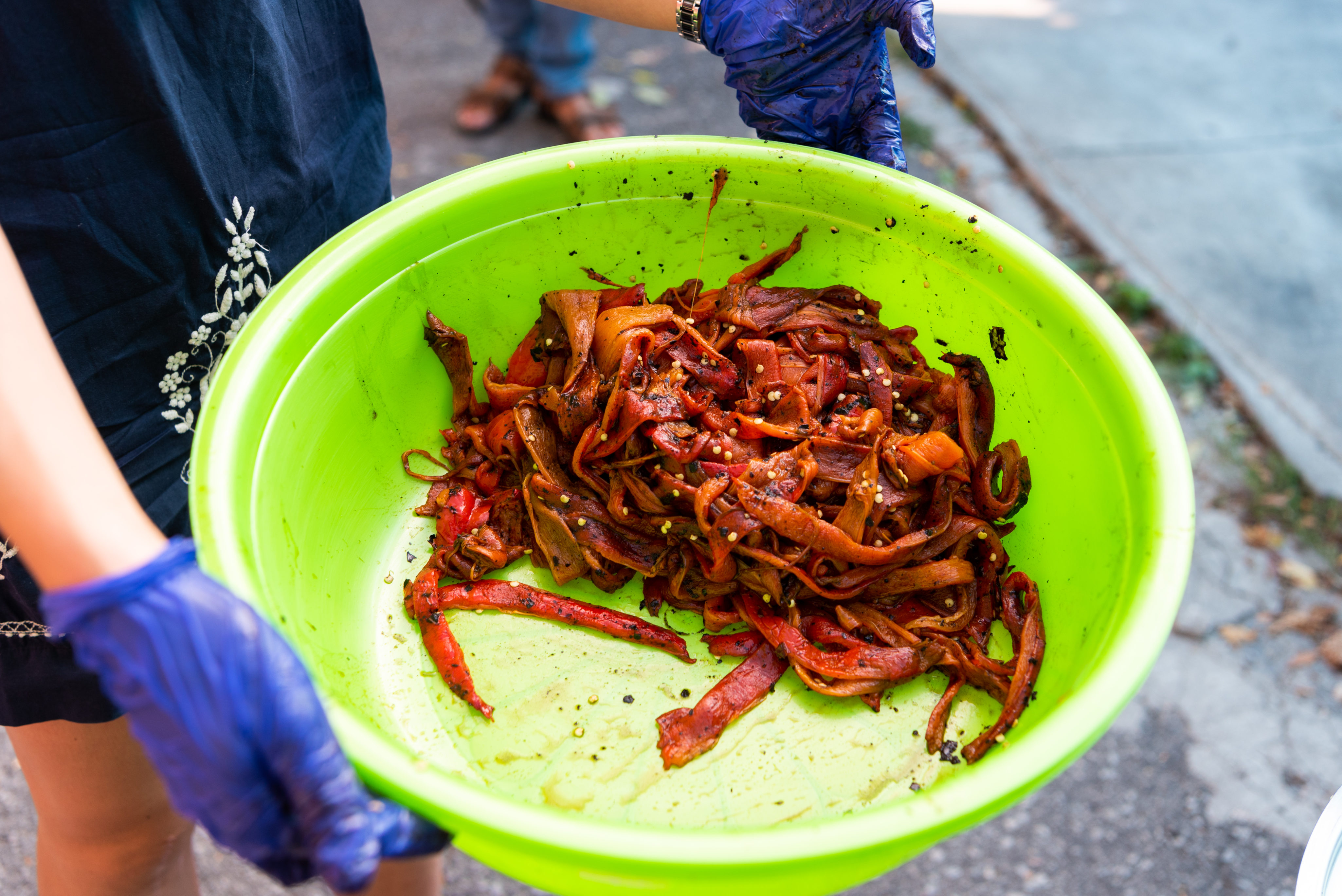 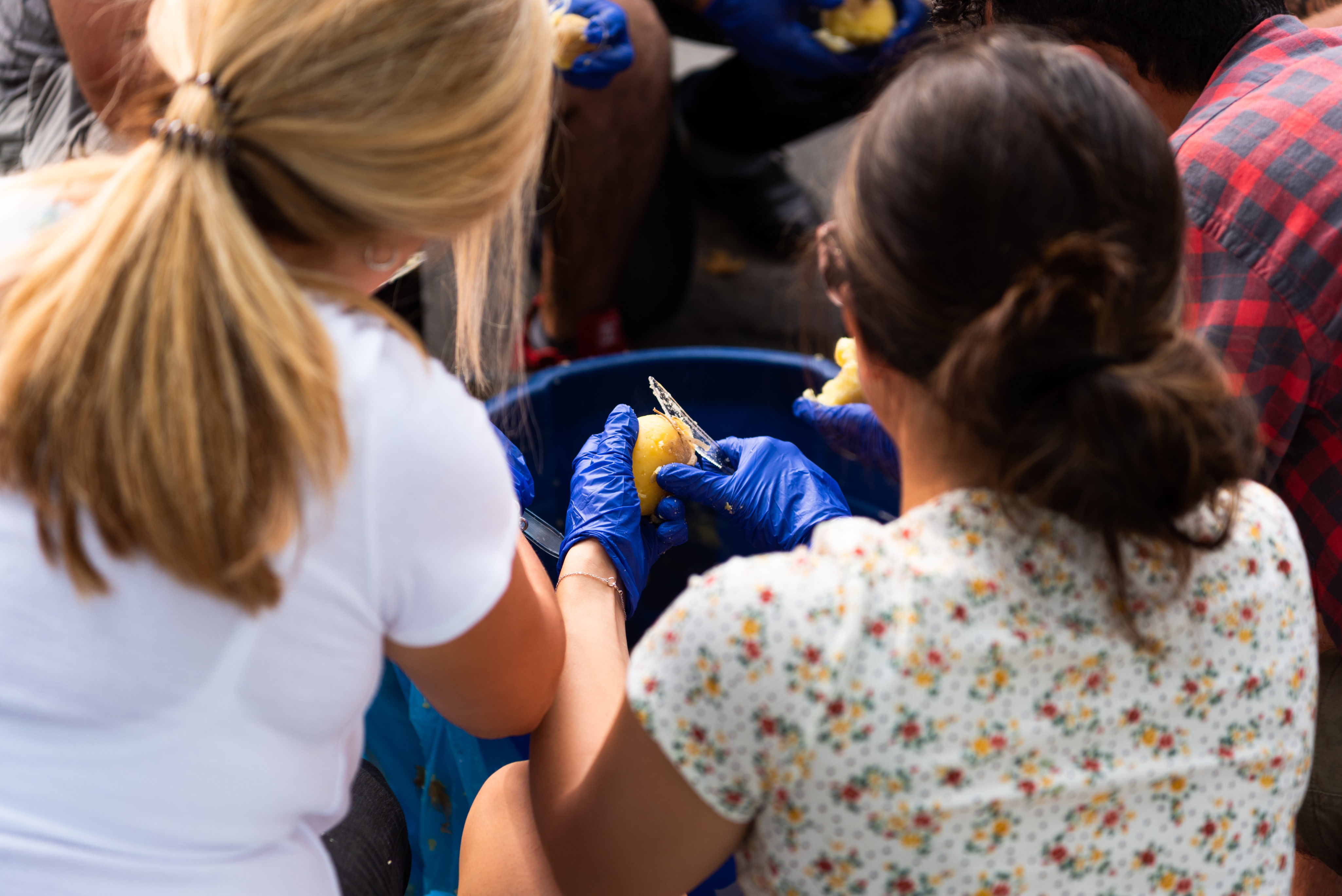 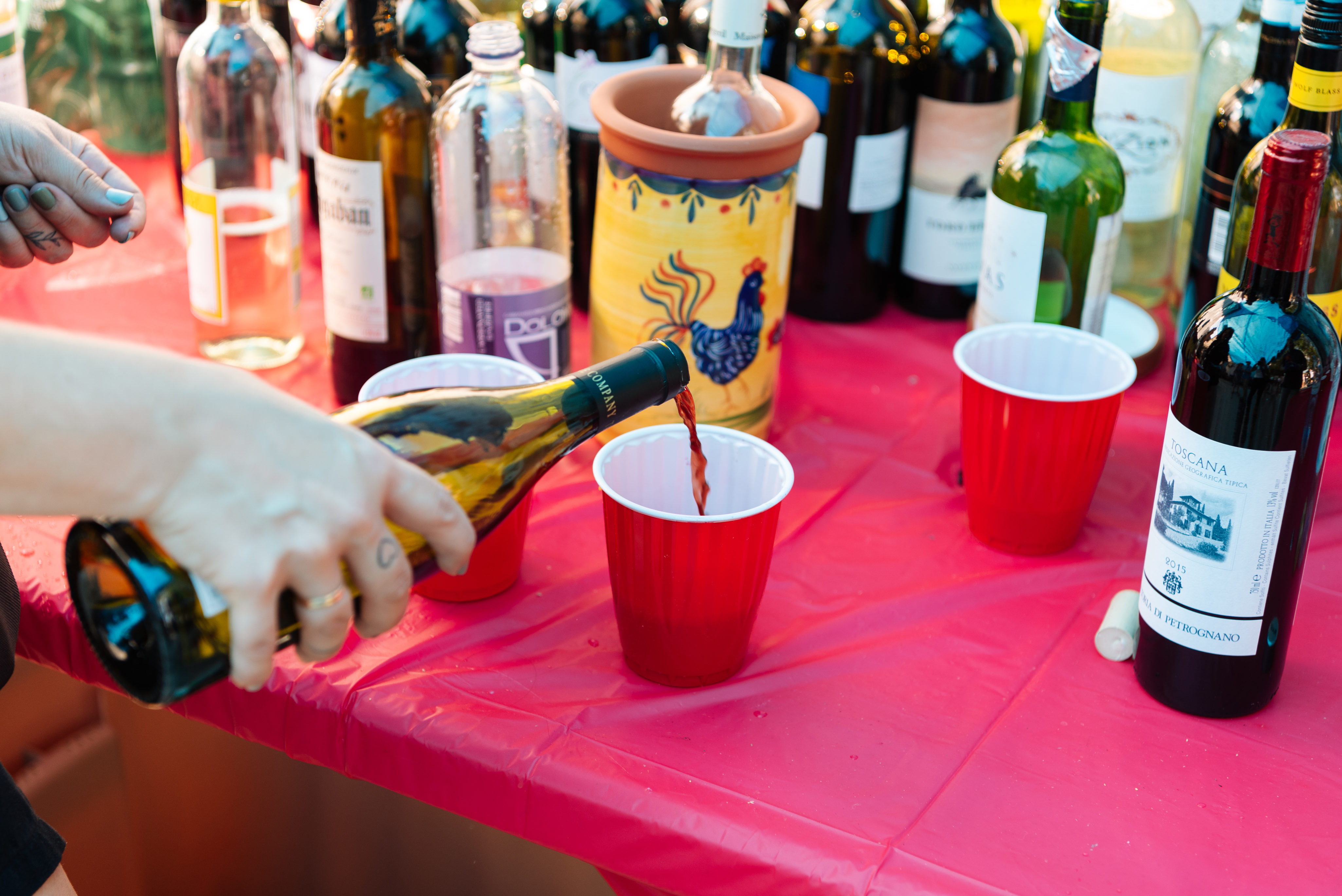 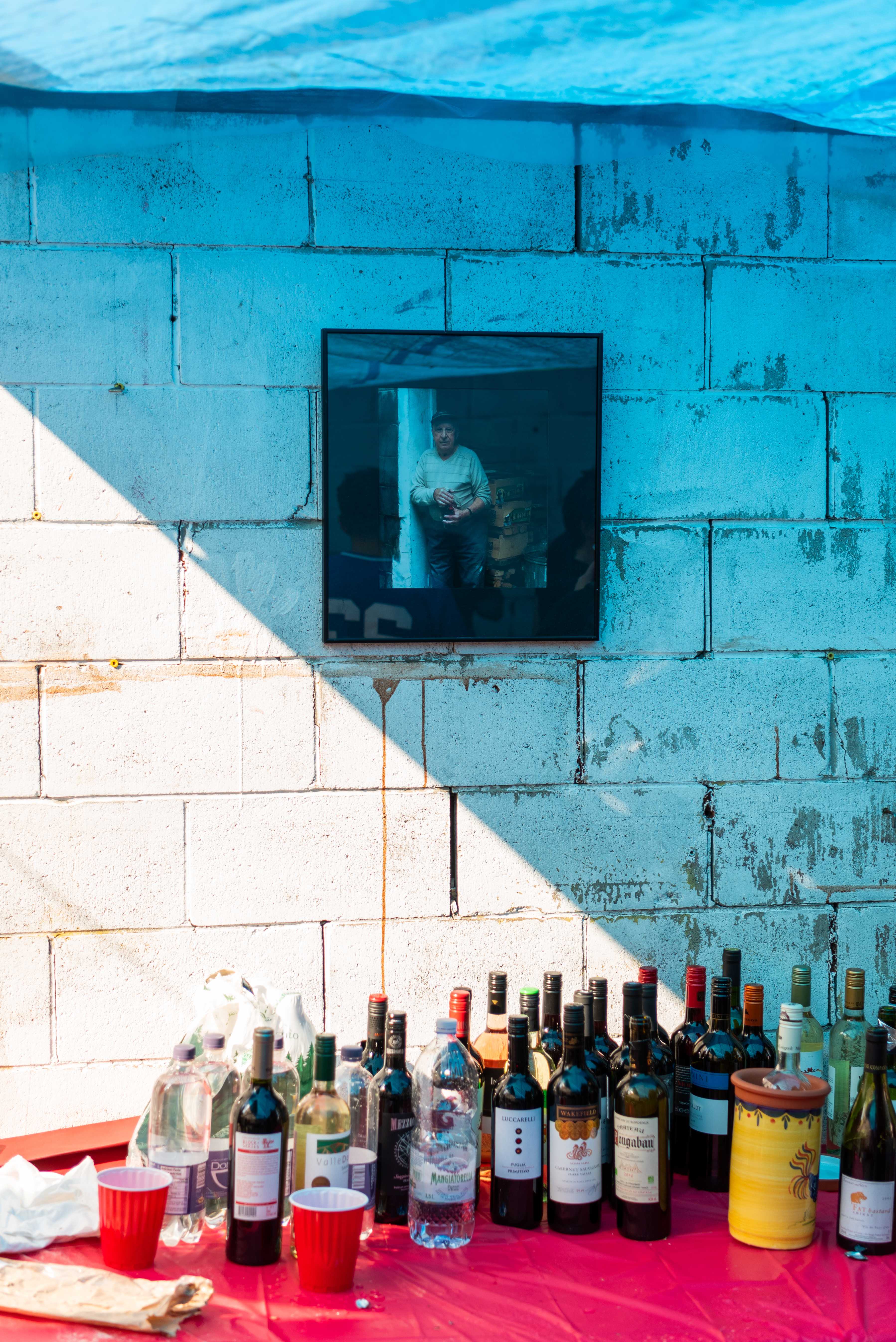 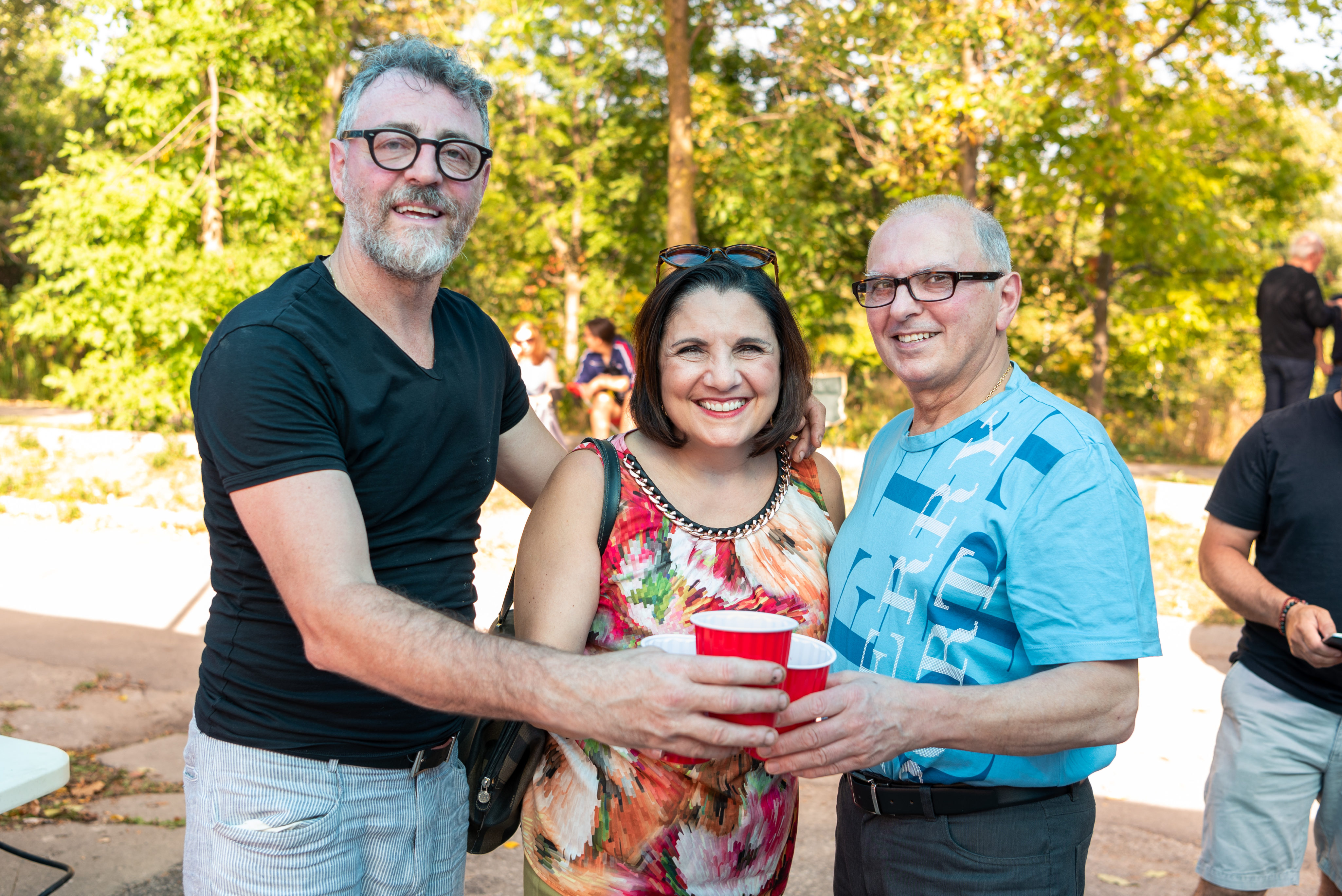 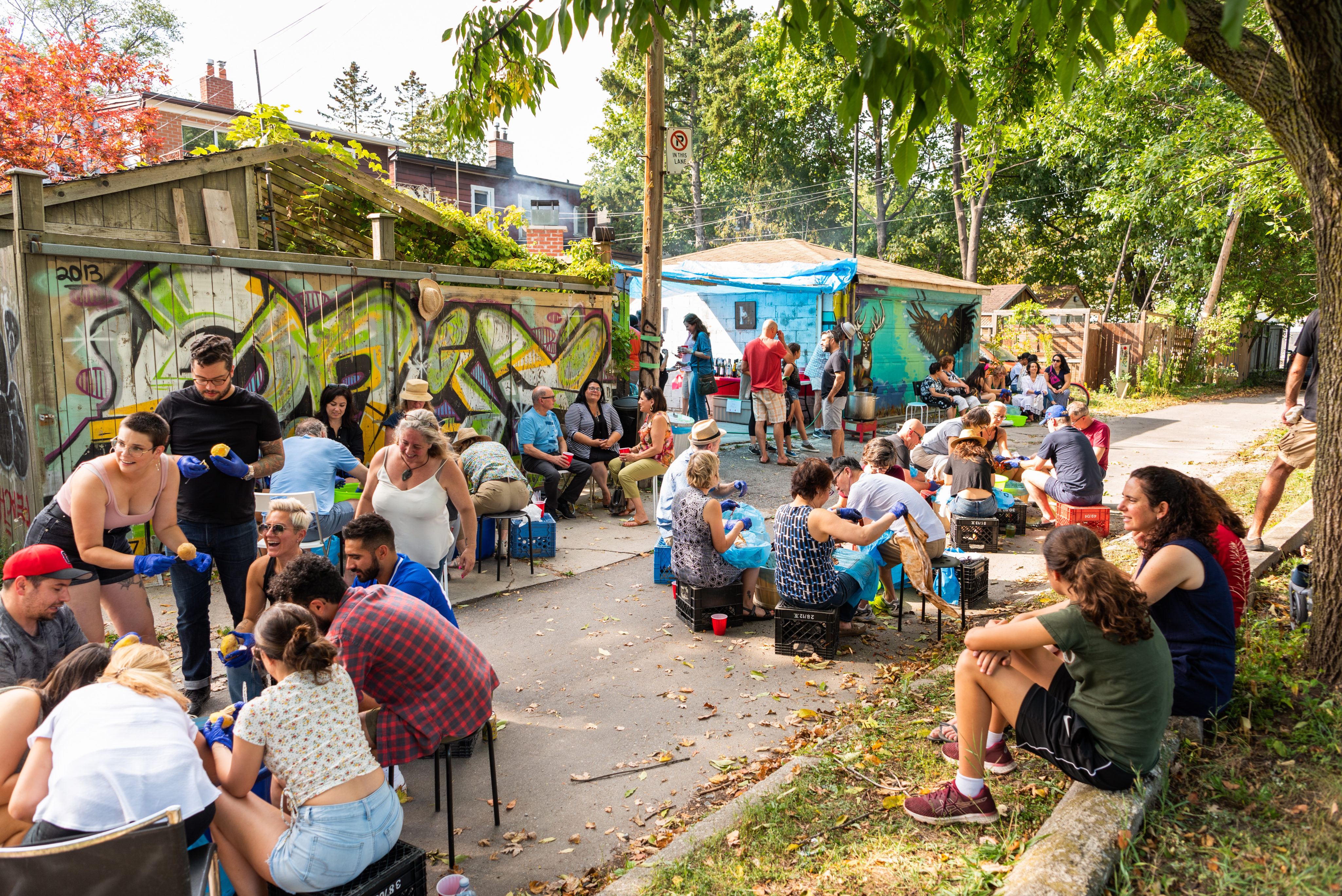 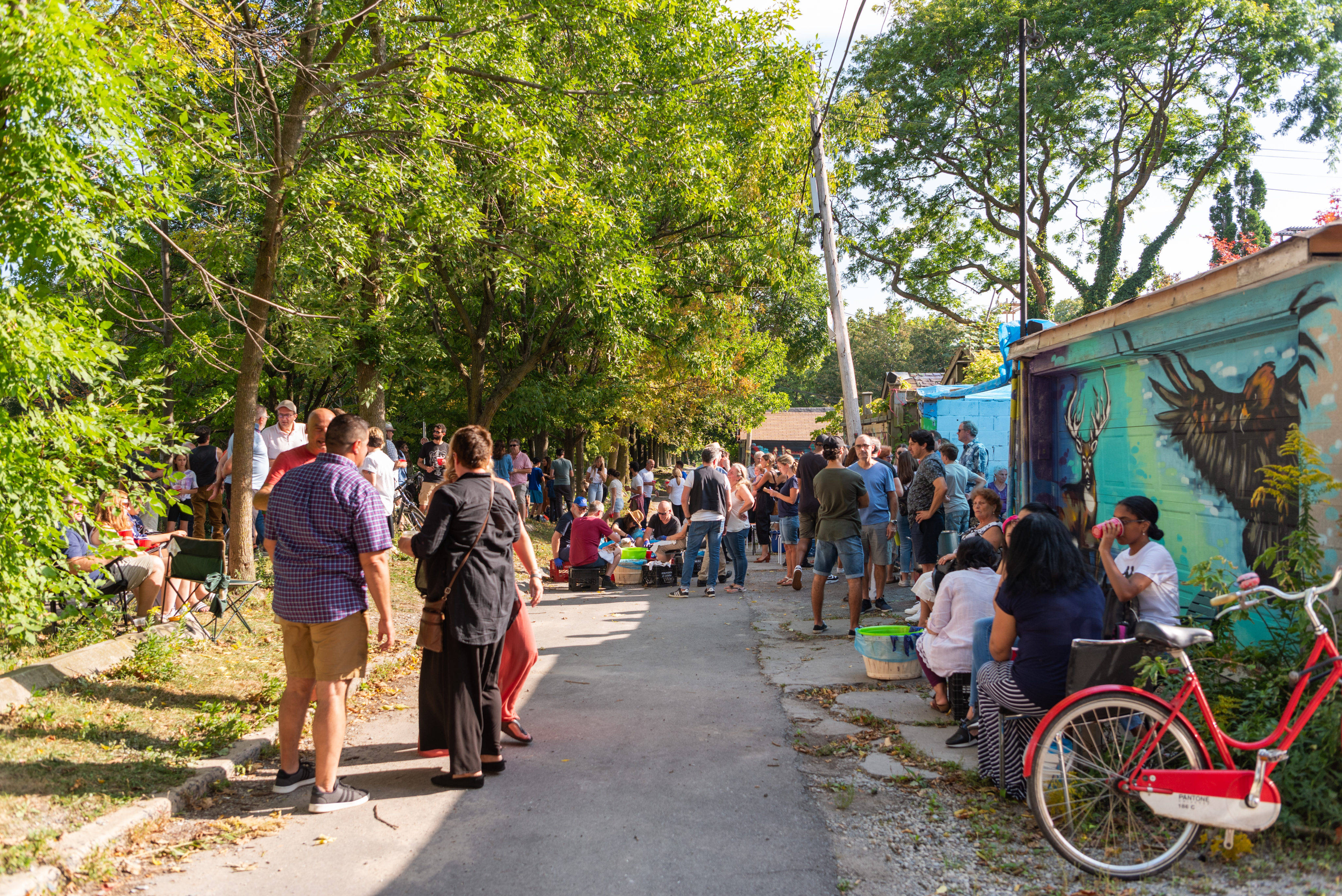 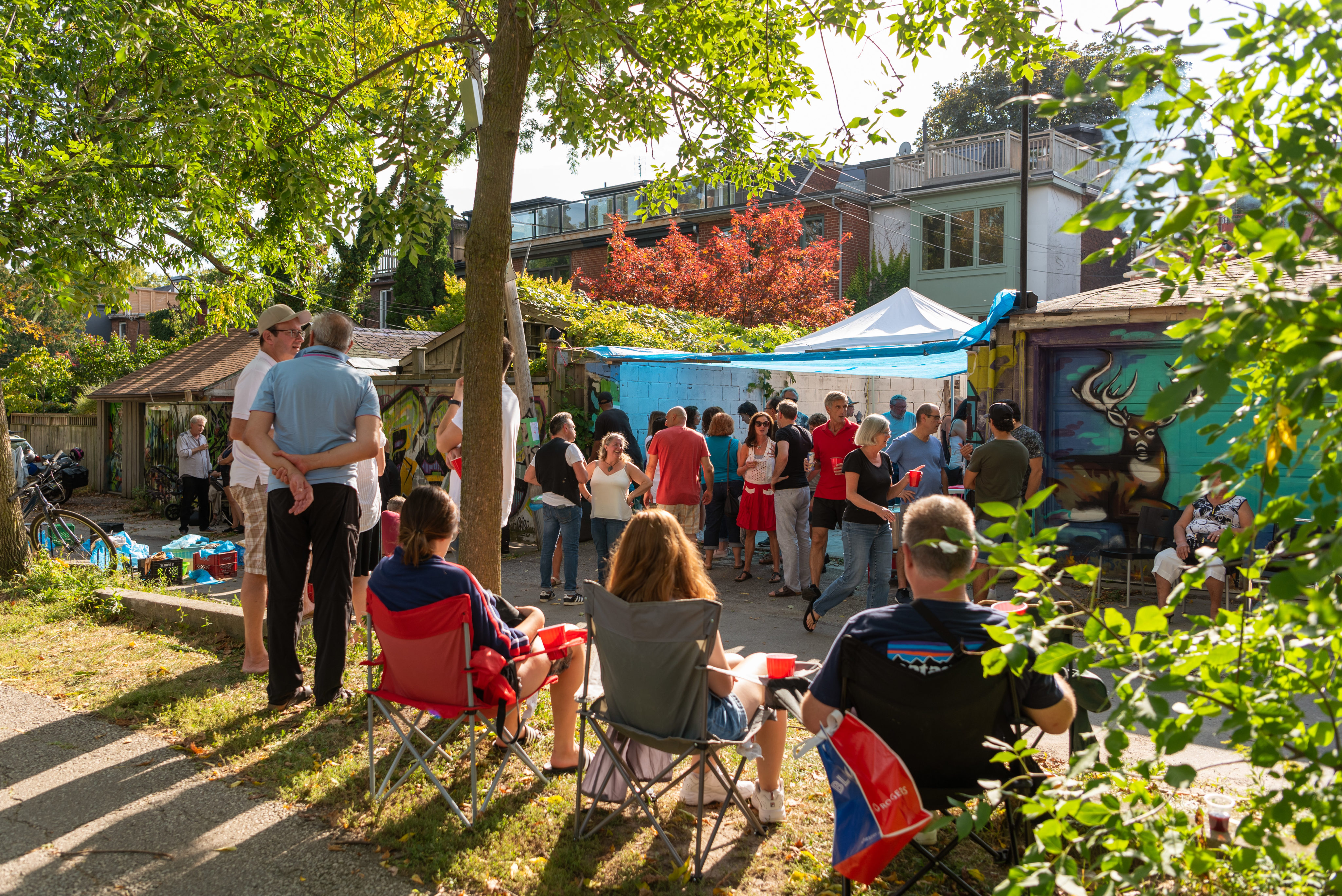 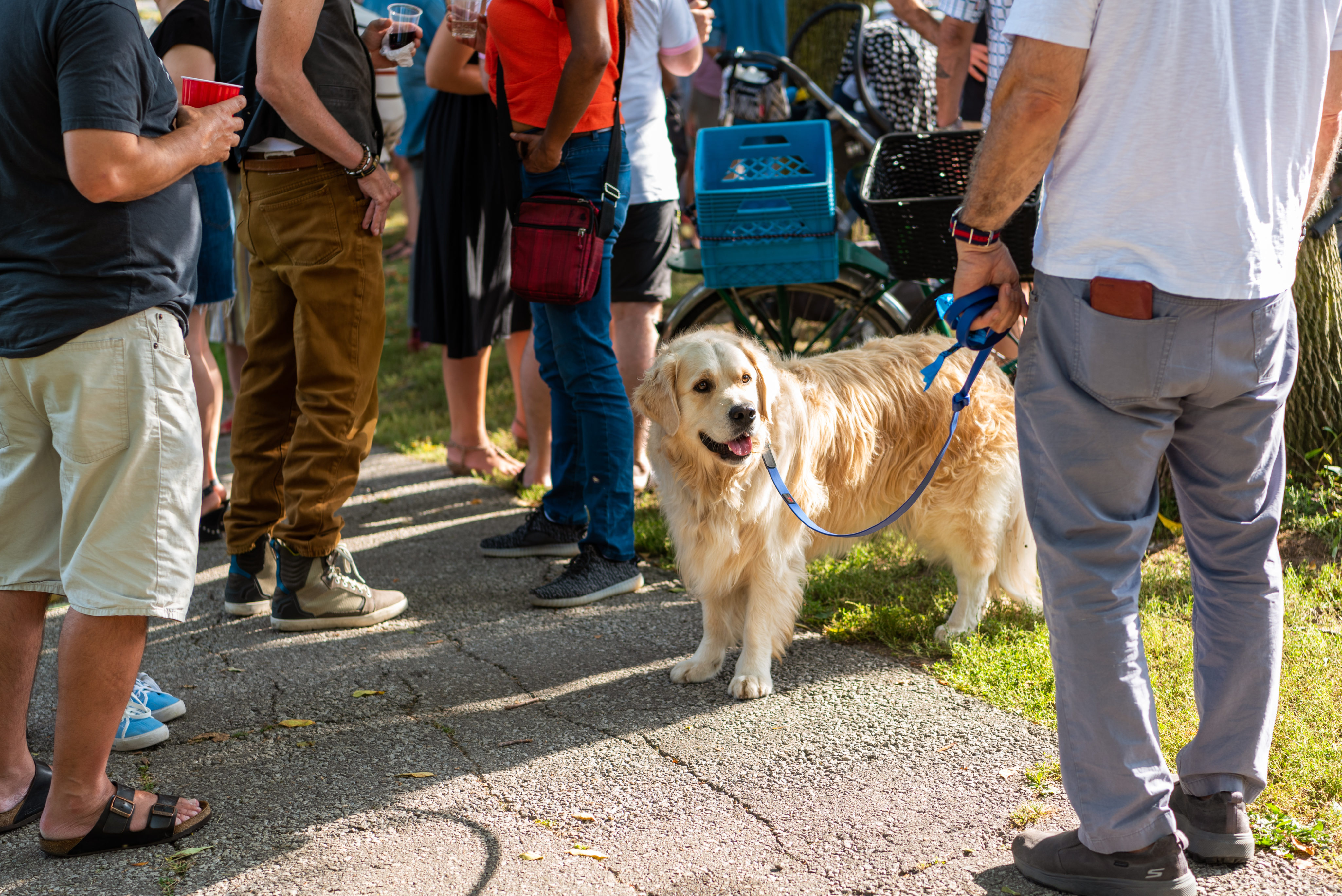