For months, Leandro Baldassarre has been walking a tightrope. Every morning, the 33-year-old owner of Famiglia Baldassarre would head to his wholesale pasta business on Geary Avenue to begin making 27 different kinds of fresh pasta—perciatelli, cavatelli, duck-stuffed cappellacci, tortelloni with ricotta and lemon, chestnut filled buckwheat medaglie and so on. Then he would post the lunch specials on Instagram, and pray that no city inspectors show up asking questions.

Without a licence to serve food, Baldassarre was operating a pasta speakeasy, the secret of its existence traded between neighbourhood locals and foodsters since last spring. Using Instagram’s Stories function (where posts disappear after 24 hours), he would share word of that day’s short menu among his “members,” or anyone following the @famiglia_baldassarre account: a few fresh, sumptuous dishes—maybe tortelli di zucca, agnolotti in sage butter or cavatelli with anchovies—for a suggested donation of about $12 each. It was one of Toronto’s best little food secrets.

The so-called Società Pasta Baldassarre was a small component of Baldassarre’s larger manufacturing business. But he knew that other fast-casual pasta concepts were joining the scene (Amano in Union Station, Alimentari on Roncesvalles) and he wanted to build his own brand and relationship with customers before he found himself third or fourth to the party.

Born in Montreal and raised in Vaughan, Baldassarre’s first pasta-making experience was helping his nonna roll gnocchi and pinch ravioli. At 18, he started cooking professionally at Splendido, where he learned to make dough for egg yolk ravioli, capunti and pappardelle. In 2007, wanting to “get his ass kicked,” he says, in a Michelin-starred restaurant, he moved to Italy and started working at Dal Pescatore, the kind of restaurant whose website includes helicopter directions. It was the education and adventure he craved. When family and the desire to put down roots beckoned, he returned to Toronto.

Baldassarre’s old boss from Splendido, chef David Lee, became his landlord and first customer. In February 2010, renting a basement space from Lee on College Street, he invested $1,600 in equipment, mostly a hand-crank Imperia roller, a work table and broomsticks from which to hang pasta. He sold to Lee’s restaurant, Nota Bene, then Stock, Reds, the Toronto Region Board of Trade and eventually multiple Oliver & Bonacini locations.

By January 2016, Baldassarre’s pasta business had outgrown the basement. Wanting a space that was industrial, but urban enough to maintain proximity to his clientele, he spotted the location on Geary Avenue, a strip lined with auto shops, but somehow nestled into a residential neighbourhood with train tracks across the street. Baldassarre says he did his due diligence on the space, calling the city to inquire about what licences he needed to be able to both manufacture and serve pasta. Officers at Municipal Licensing and Standards and Toronto Health told him that if he wanted to serve food, he would need a mercantile licence to operate as a retail food store.

“They said as long as you’re below nine seats, as long as you don’t have servers, bringing food to tables, doing all that jimmy jazz, you’re fine with a retail licence. I signed the lease. I figured everything was all clear.” But it wasn’t.

Taking possession in June 2016, he fixed up the space at the cost of all the money he had, plus a loan, and moved in in January 2017. With the wholesale operation established, Baldassarre applied for his mercantile food licence and was told that the previous information was wrong: he would need a restaurant licence, which required a Preliminary Plan Review, where Toronto Building examines your business application, including drawings and surveys, to filter it through existing by-laws. The application was denied.

In May, he learned about a by-law from 1996 that prohibited eating establishments on Geary Avenue. At this point, he had met with his city councillor, Cesar Palacio, three times. He had gone to city hall to meet the city’s chief of plan review, and paid $1,000 to a lobbyist, a former city councillor, who told him, with no explanation, that the application was hopeless.

“With contracting there’s all kinds of setbacks. All kinds of unwanted costs,” Baldassarre said. “But with the city, to get straight answers took me seven months. And [a solution] didn’t come from the city.” Instead, it came from a friend-of-a-friend, architect Mike Cogan, who suggested that the prohibition against restaurants on Geary was likely for a good reason when it was enacted. But that anyone who remembered why is probably retired.

With Cogan on board as a consultant, Baldassarre applied for a minor variance. And while waiting for the committee of adjustment meeting last November where the matter would be decided, he chose to serve pasta throughout the summer, fall and winter. After nearly a year of obstacles, struggles, confusion and a little intrigue, the fate of his business was decided, and Baldassarre now has his B71 licence. As of this week, he can legally sell a bowl of pasta.

“We have a good following now after these past several months. People know who we are and what we’re doing,” says Baldassarre, who does not regret bending the rules. “The reason I started operating is blecause the food industry in this city has a short attention span. I wanted to put some roots in before the market was saturated with similar things. And I think it was worth it. It was completely worth it. If I had waited, it might have been a little too late.”

Famiglia Baldassarre, 122 Geary Ave., famigliabaldassarre.com. Lunch served Tuesday to Friday from noon to 2 p.m. or until sold out. 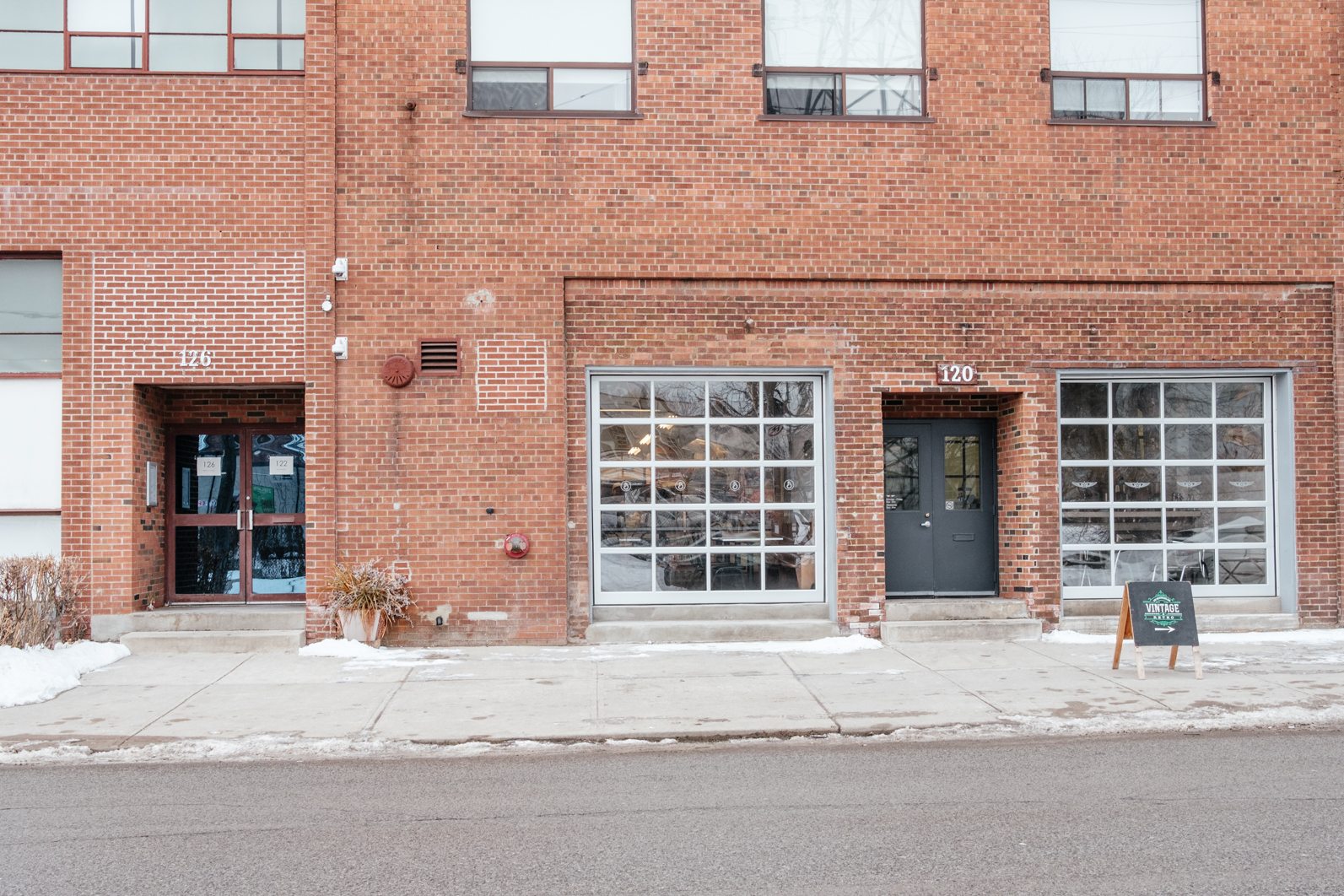