Get your sneak peek of episode 2 here

On the second episode of “Chef Artois”—an eight-part culinary miniseries in support of Rally for Restaurants—we’re heading to Toronto’s entertainment district, where Marben chef Chris Locke will judge two home cooks as they try to make one of his signature dishes: tandoori chicken scotch eggs.

Hosted by Pay Chen, “Chef Artois” takes you inside some of Toronto’s best kitchens, where renowned chefs will unveil the recipes behind their signature dishes. These chefs, however, won’t be making the dish. Instead, two home cooks will be putting their culinary skills to the test in a competition to earn the coveted title of Chef Artois alongside a $1,000 prize pack.

Marben is known to Toronto diners for taking British classics and elevating them with fresh local ingredients and house-made everything—including even the pickles, pâtés and sourdough boules. 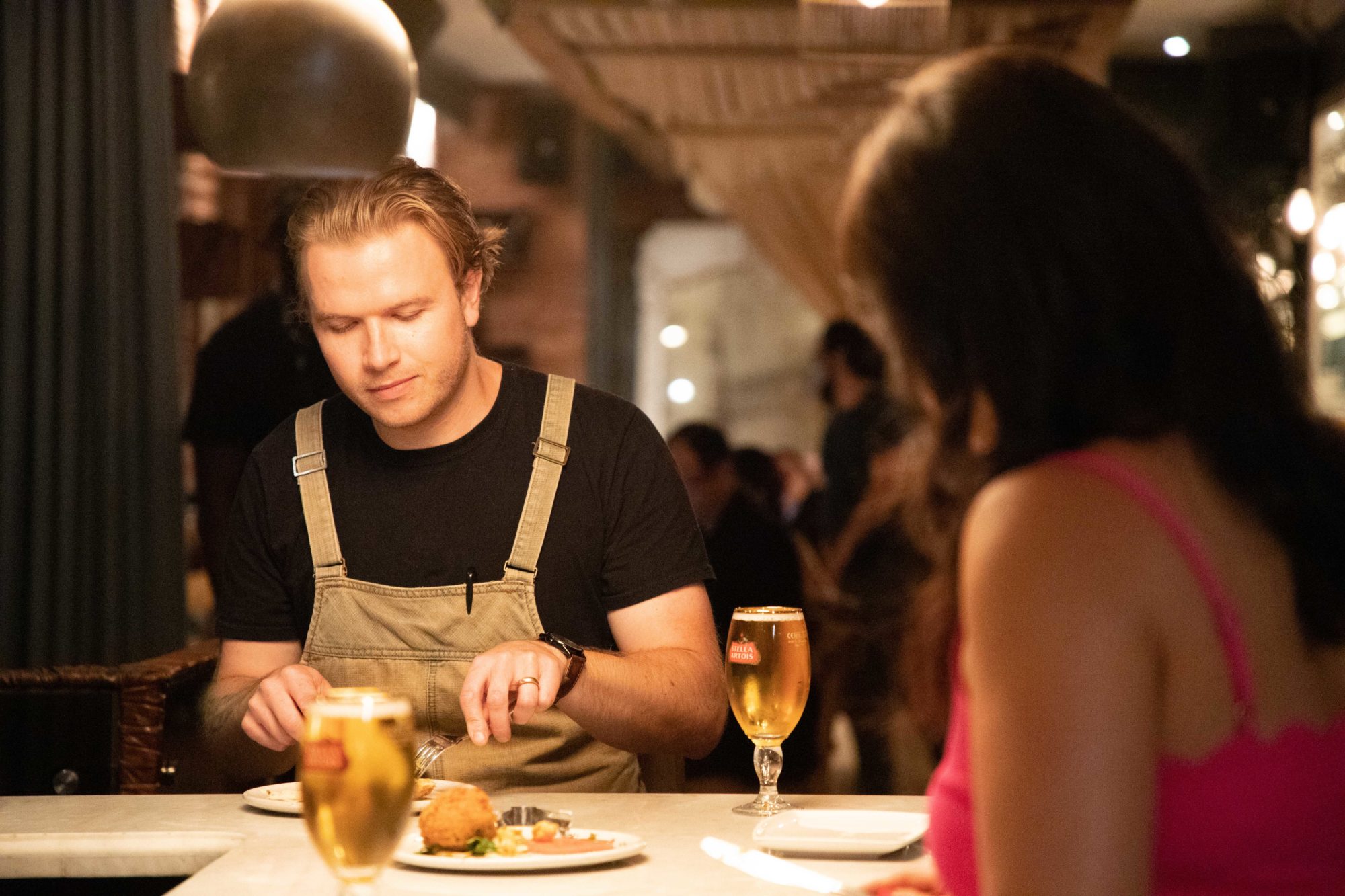 For U.K. native Locke, scotch eggs are a pub staple. Instead of standard sausage-wrapped hen egg, his Indian-inspired variation is a perfect salty-spicy pairing for a cocktail at The Cloak, Marben’s not-so-secret downstairs speakeasy.

Will the contestants be able to recreate Chef Locke’s dynamite deep-fried bar snack with only 40 minutes on the clock and no time to prep? Get a taste of the cook-off action below—then come back to torontolife.com/chefartois on September 16th for the full episode.