When it comes to holiday hosting, the sheer number of details to create the perfect gathering can be as long as Santa’s naughty-or-nice list. But it’s these final bells and whistles that make all the difference. To help with the finishing touches, we’ve put together a list of eight very special bottles you’ll want to have on hand when the moment arrives—they’re perfect for serving, gifting or toasting with the most special of guests. 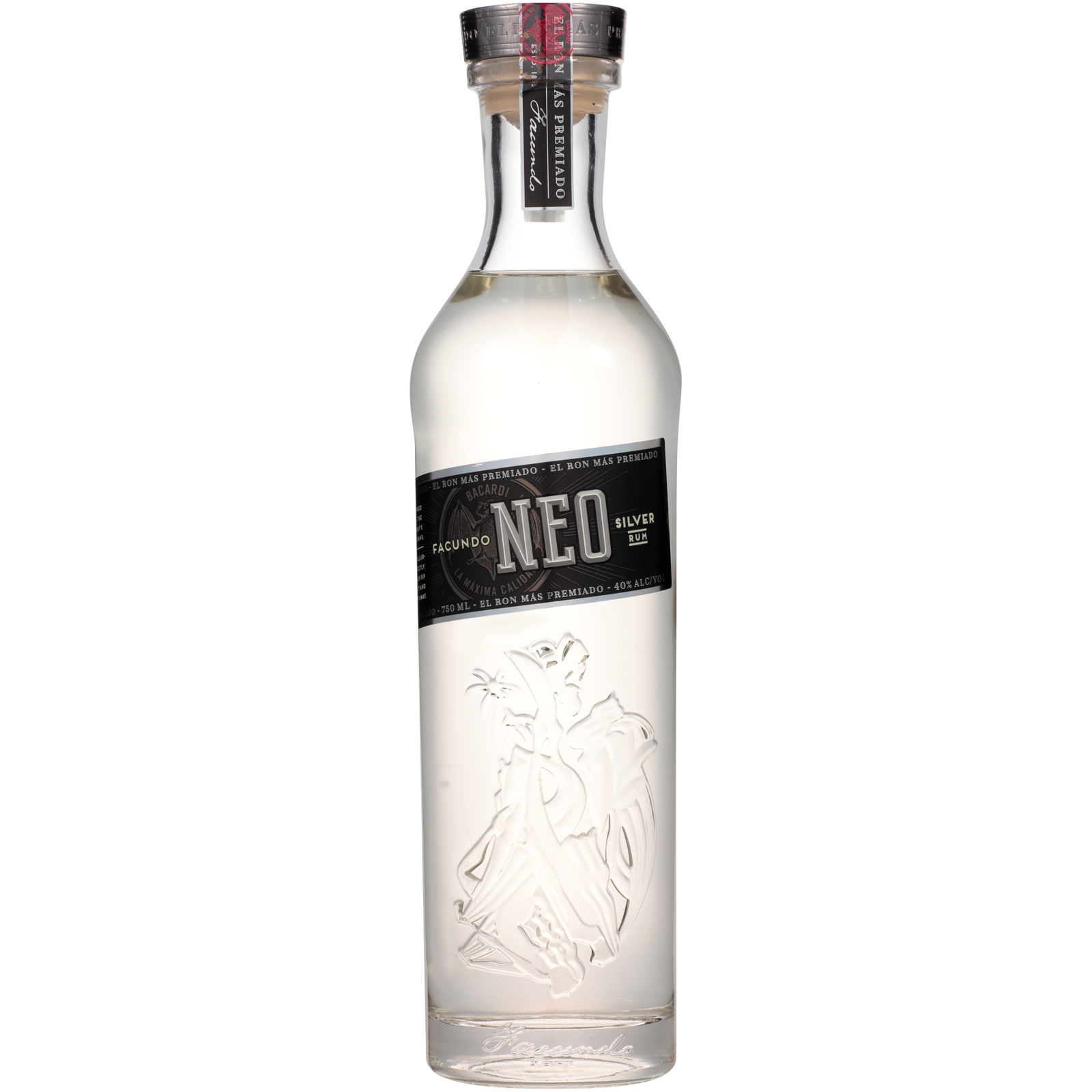 It’s December. It’s Canada. It’s freezing cold. So when guests arrive, politely offer to take their coat, and then offer something to take the chill off. Like a warming welcome cocktail made with Facundo NEO rum that will transport them—in mind, if not in body—to the Caribbean. With a well-rounded flavour profile that’s extremely rare for a light rum, the highly sippable blonde spirit blends beautifully into a NEO Pom Daiquiri: Shake two ounces over ice with one ounce of pomegranate juice and a half-ounce each of simple syrup and lime juice. Strain into a coupe, garnish with an edible flower, and serve. (Sunny beach not included.) $45.95, lcbo.com. 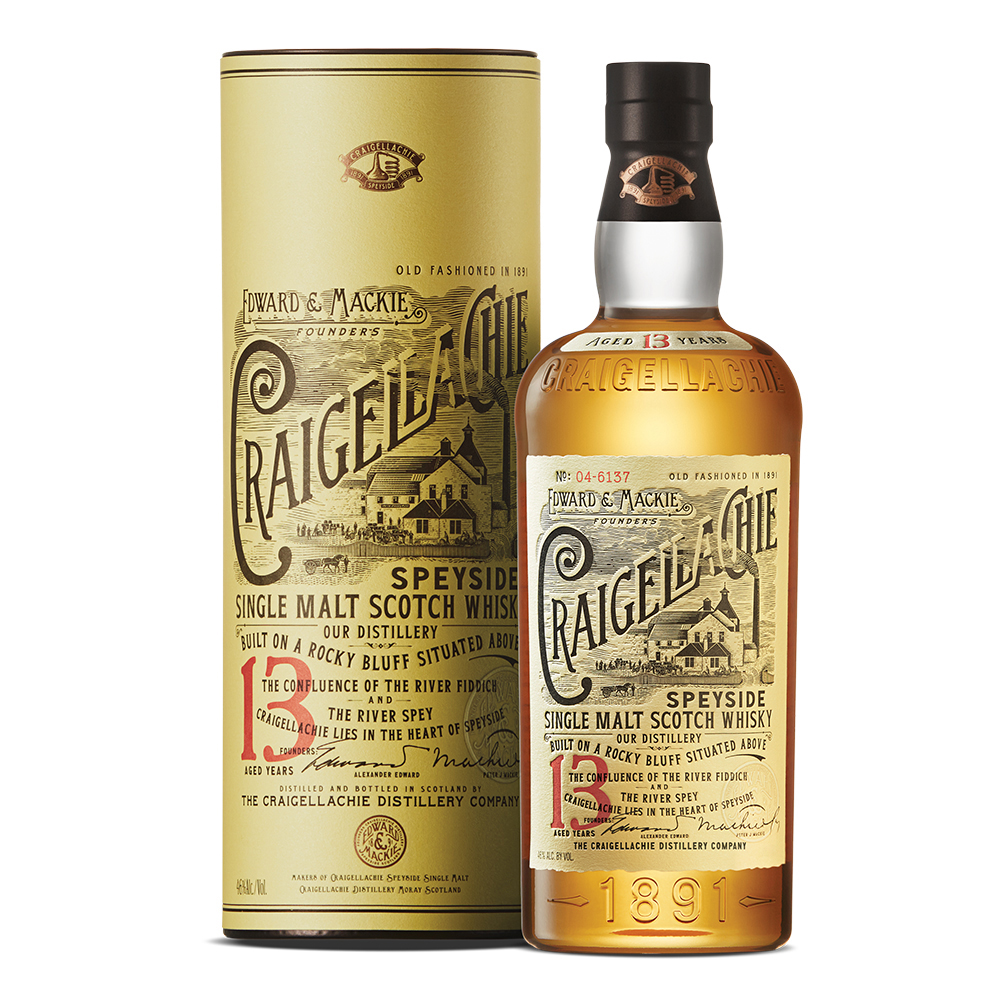 It’s inevitable: You clearly said “no gifts,” but a well meaning pal has done the unthinkable and showed up with a token of holiday cheer. Don’t be caught flat-footed by such bold generosity: Reciprocate in kind with a bottle of Craigellachie 13 Single Malt Scotch. The distillery is known as “the bad boy of Speyside” for a reason: it takes what you think you know about Speyside flavour and gives it a three-dimensional makeover, emerging as a muscular, robust whisky that gives off uncommon hints of pineapple and toasted marshmallow. It’s all thanks to an old-fashioned oil-fired distilling process that people have been calling “a style seldom met” for nearly 130 years. (And for a truly special gift, it’s also available in 17- and 23-year expressions.) $79.95, lcbo.com. 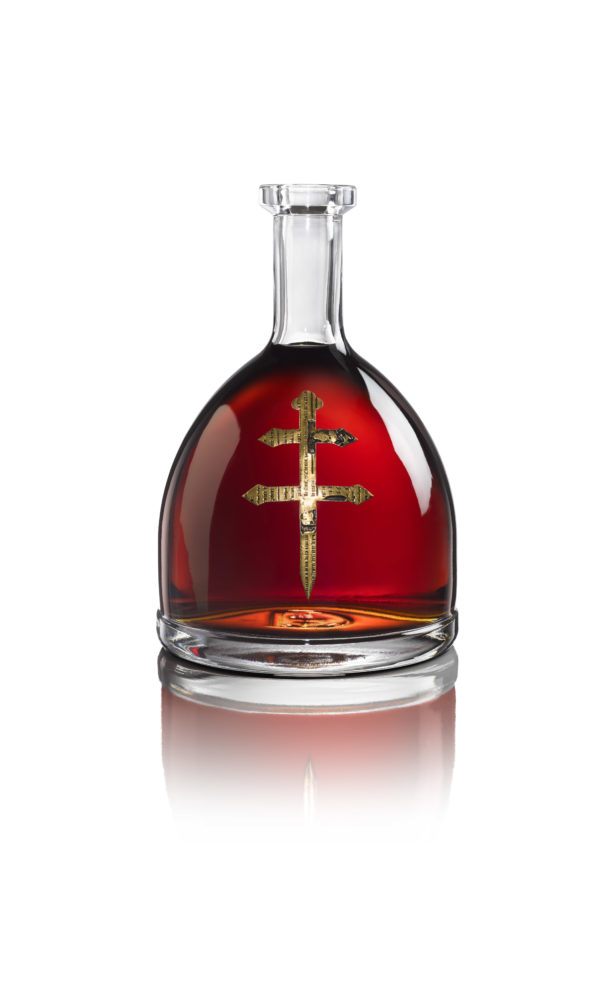 No matter how killer you think your egg nog recipe is, the truth is that it’s still just egg nog. Give your holiday punch a badly needed upgrade with D’USSÉ VSOP Cognac. That’s right: cognac punch. Yes, it sips beautifully neat or on the rocks—that’s what you get from D’USSÉ’s unique aging conditions and 200-plus years of distilling tradition—but it also fancies up a big party punch something fierce. Combine one of the iconic bottles with 32 ounces of cloudy cider, and 12 ounces each of pomegranate juice and cinnamon simple syrup. Add ice, stir, and top with orange wheels and cinnamon sticks. $99.95, lcbo.com.

Every party needs a signature cocktail, and the best gatherings have more than one. Don’t take the easy way out: the cocktail should say something about you as a host, and something unique will make your guests feel exceptionally well looked-after. 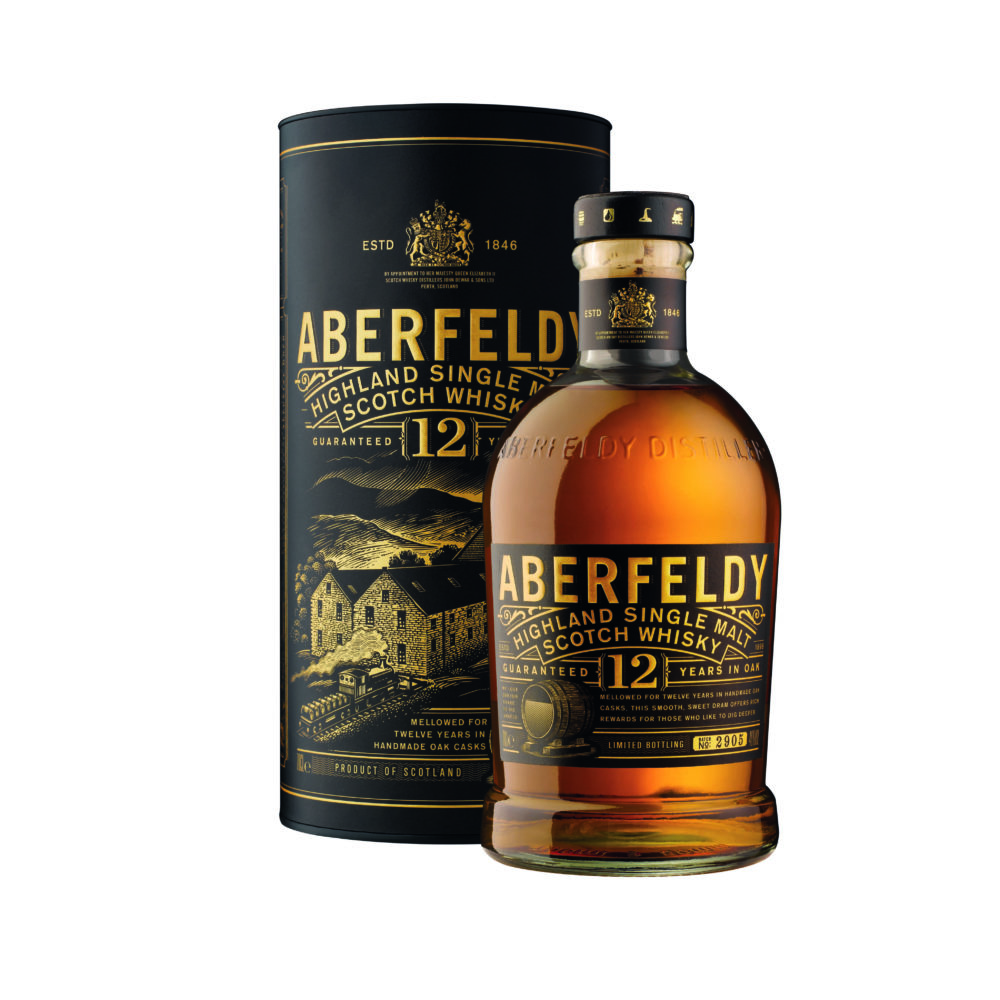 For something with a bit of sweetness, the Golden Dram plays up the honeyed character of Aberfeldy 12 Single Malt Scotch—mellowed those many years in bourbon and sherry casks—by pairing two ounces of the spirit with ¼ ounce of local honey syrup (1:1 honey:water) and two dashes each of Angostura and orange bitters. Build over ice and serve with an orange zest. $60.95; also available in 16- ($99.95) and 21-year ($249.95) expressions; lcbo.com. 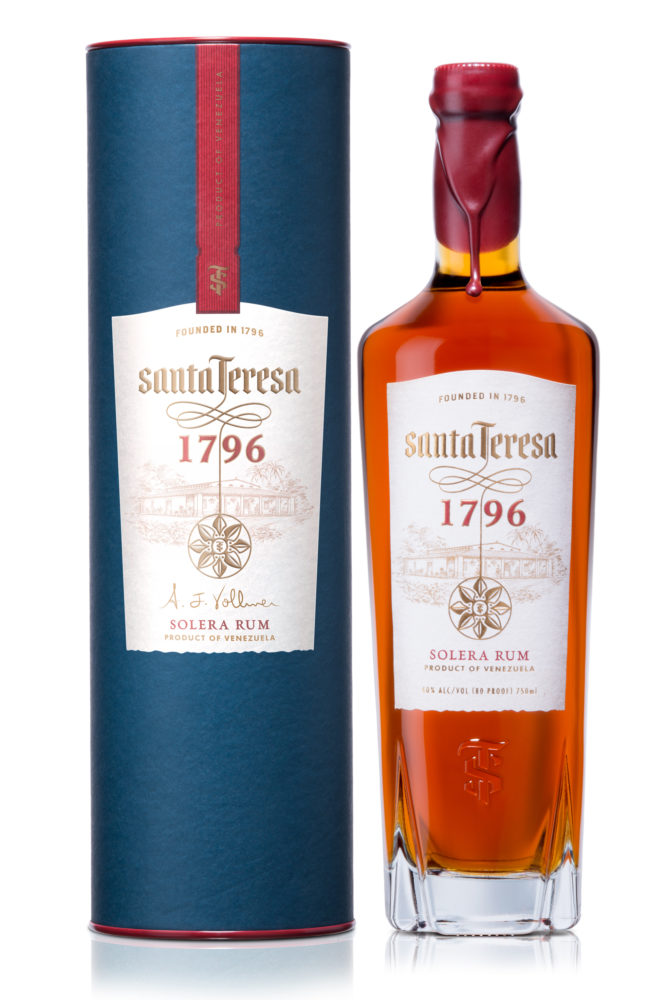 For something with a bit of spice, Santa Teresa 1796 Solera Rum makes a great rum-based reinvention of an Old Fashioned, building on more than 200 years of Venezuelan distilling tradition. The spirit is bold and elegant, with blends up to 35 years aged in bourbon oak barrels, then further aged through the artisanal Solera method. It’s dry, smooth and balanced, and if you mix 1 ½ ounces with ¼ ounce of Demerara syrup (1:1 Demerara sugar:water) and three or four dashes of chocolate bitters, all you have to do is stir it up and pour it over ice with an orange twist. $65.95, lcbo.com. 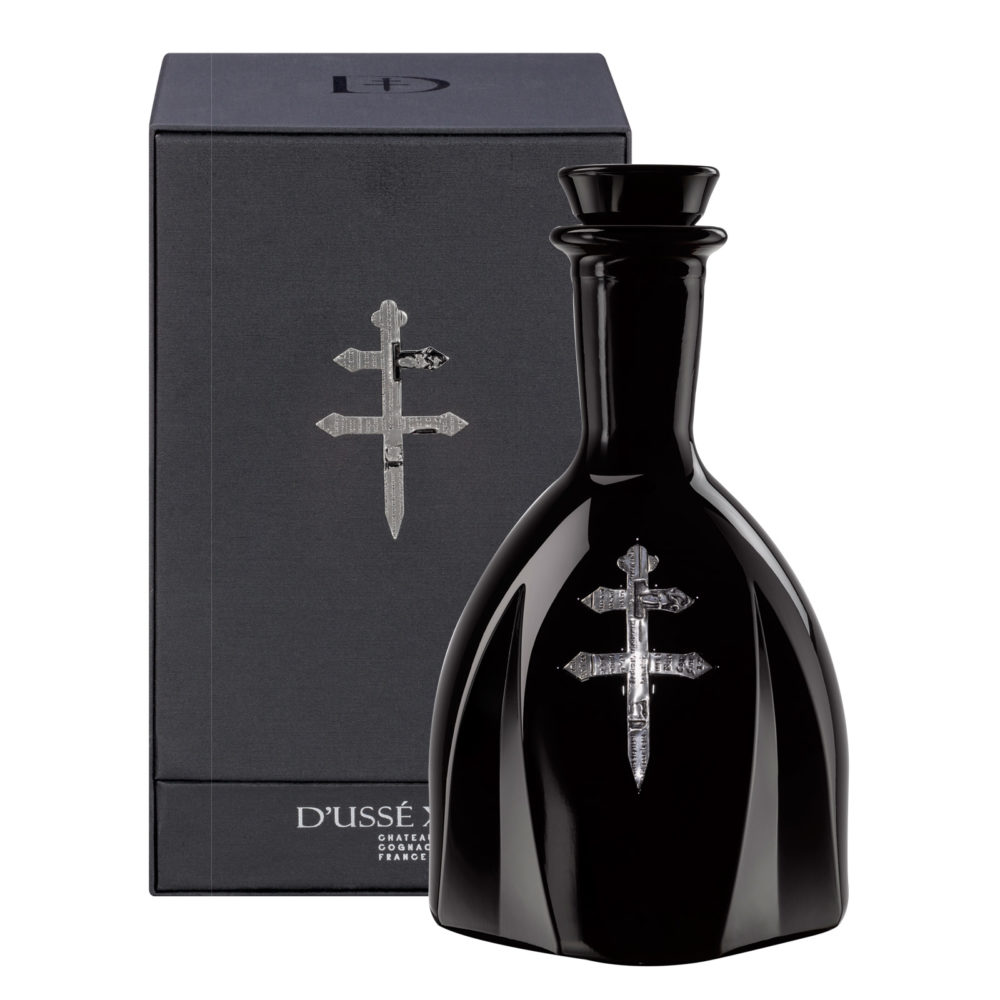 It can’t help you come up with the words, exactly, but D’USSÉ XO Cognac can make sure that your eloquent holiday toast—health, happiness, all that good stuff—is paired with a taste of something that’s as smooth as your delivery. Made from eaux-de-vie that are aged for 10 years in French oak casks, it’s jam-packed with flavours of blackberry, apricot, dark cherry and walnut, and the finish is just as balanced whether served neat or on the rocks. $299.95, lcbo.com. 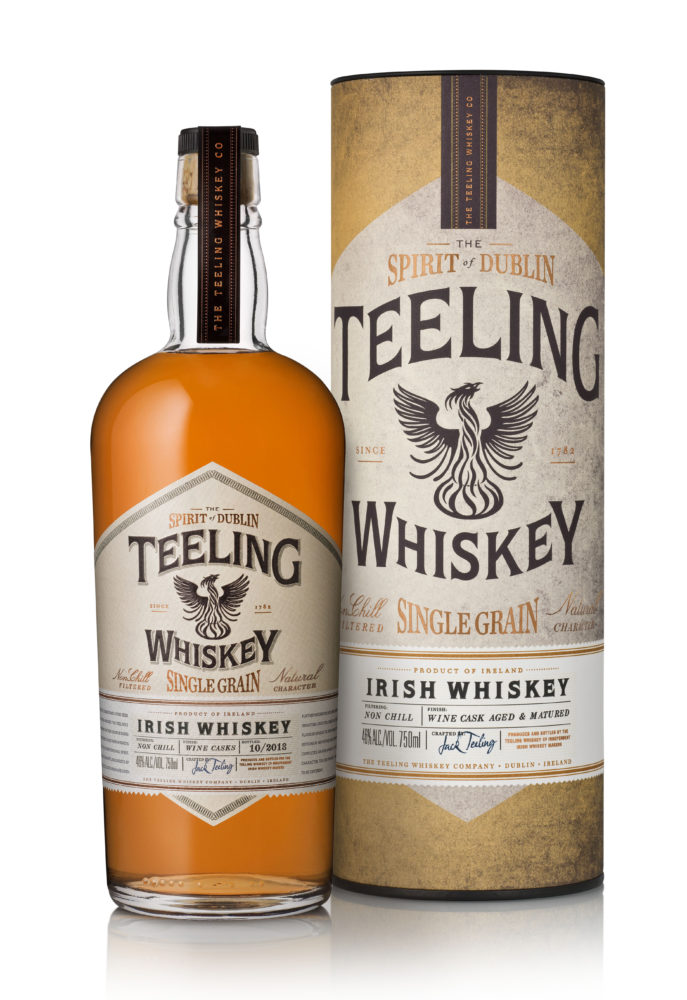 Plates have been cleared. Belts have been loosened. Stories have been shared. It’s time for an after-dinner dram to keep spirits high and conversation lively. Teeling Single Grain Irish Whiskey pushes all of the right post-prandial buttons in a most innovative and unconventional way: It’s aged in Napa Valley red wine barrels, which gives the spirit a unique dash of red-berry influence and tannic spice. There’s no need to do anything fancy with it: serve it neat, on the rocks or with a dash of water. $76.95, lcbo.com. 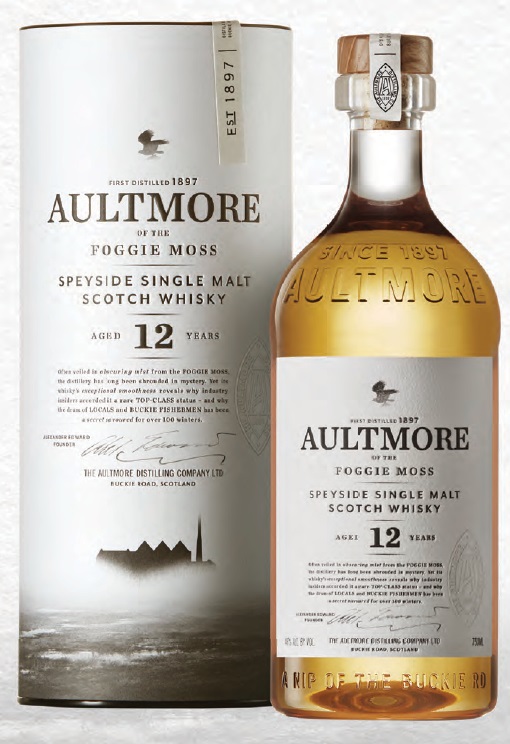 Some guests may have already departed, but those who remain are likely the nearest and dearest. Gather them around a crackling fire and spoil them with a pour of Aultmore 12 Single Malt Scotch. It’s classic Speyside, with crisp apple notes and an aromatic finish, but tastes like few other single malts thanks to the sui generis damp—yes, even for this part of Scotland—conditions of its distilling site. A long, slow aging process (there’s also an 18-year expression) in oak bourbon and sherry casks seals the deal—and as the fire begins to dim and the festivities draw to a close for another year, so have you. $79.95, lcbo.com.