Last December, just a few weeks before Christmas, the Mazza family was filling holiday orders at their butcher shop, Macelleria Atlas, on St. Clair West. It’s their busiest time of year and the place was buzzing. Angela Mazza and her 72-year-old father, Antonio, were assembling lasagnas and preparing porchetta when a compliance officer from OMAFRA (otherwise known as the Ontario Ministry of Agriculture, Food and Rural Affairs) walked in. He informed the Mazzas that he was there to confiscate the prosciuttos, pancettas and salamis from the shop’s refrigerators.

He had a book of rules, as Angela remembers. And he pointed to Regulation 31/05 of the Food Safety and Quality Act, a change legislated in 2005, that spelled it out: to control cross-contamination, the processing of raw meat must be kept separate from the processing of ready-to-eat meat. By “separate,” the ministry means ideally separate rooms, but in their most impenetrable bureaucratese, they allow that certain “operational controls” may provide the necessary separation. No one had ever told the Mazzas about this 10-year-old change to the legislation.

While my spellchecker still underlines it in red, “artisanal” is a ubiquitous adjective for food these days. The literal definition is a product (usually something edible, though occasionally soap or toothpicks) made in a traditional or non-mechanized way. What it means on menus is, “While a machine could have made this, instead a 25-year-old has relearned to make it by hand in the same fashion as our grandparents. And that’s why it’s more expensive.” The Mazzas have been curing meat for 48 years; they never stopped making it the old way; never needed to remind us that their pancetta was artisanal.

Antonio Mazza emigrated from Basilicata, Italy, in 1967 at age 22, and the next year began working at the newly opened Macelleria Atlas, then owned by Frederico Orlando. A few years later, he met his future wife, Anna Maria, also from Basilicata, who had come here to dodge an arranged marriage. In 1978, they bought the shop from Orlando. Toronto Public Health has been sending inspectors to Atlas at least twice a year for as long as the Mazzas can remember, and never have the cured meats been a problem. The same is true of other butchers I frequent, like one I won’t name so I can keep buying guanciale there.

That day in December, when the provincial inspector came in, he gathered some $10,000 worth of contentious meat, placing it in lidded containers, and gave the Mazzas three choices: 1) contest the legislation (which would entail huge legal fees); 2) renovate the shop to add a separate meat processing room with its own ventilation system (which would entail huge construction costs); or 3) stop selling their cured meats. They cried, and then went with option 3. The family had to stand back and watch while the inspector poured what Angela called “green poison” all over their cured meats. The green stuff isn’t really poison—it’s a liquid denaturant, used to identify condemned meat, the idea being that green meat generally looks inedible and is unsellable. That wasn’t much comfort to the Mazzas at the time.

Fortunately for Atlas, cured meats weren’t the shop’s main revenue source, but they were a beloved tradition—part of the family’s and neighbourhood’s culture—and it took some time for customers to adjust. January and February is the high time for salami—it’s cold enough to cure in home basements, but those who don’t make salami themselves go looking for it. “People were calling, crying, saying, ‘Please just make it for us,’” says Angela. “They didn’t realize that we would be charged.” Since December, the Mazzas have filled the gap in shelf space and revenue with other prepared foods. “My mother started making pasta,” says Angela. “She’s doing very well—now she’s the breadwinner!”

Of course, it’s not the government’s job to keep family traditions alive. If it were, Justin Trudeau would bring me bagels after he plays racquetball on Sunday mornings. But in Toronto, good food always seems to be the first casualty in the tug-of-war between freedom and safety. We don’t want to be cavalier about foodborne horror stories, but dammit we want our pop-up carnitas (hold the botch). Is that too much to ask?

More About The Way We Eat Now 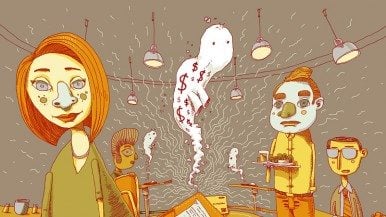 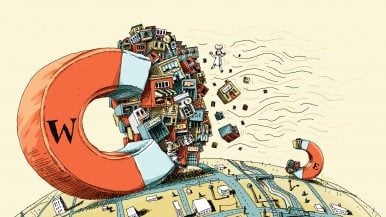 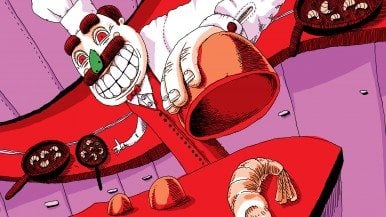 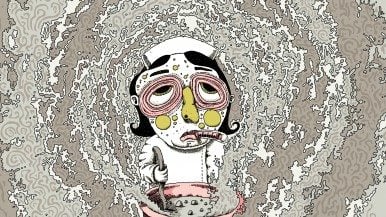