On August 29, Toronto’s top creatives and art-world insiders will gather for an evening of art, cocktails and celebration to toast the best of the city’s artistic talent.

The occasion is the unveiling of finalists in the Bombay Sapphire Artisan Series, a cross-country competition to showcase Canada’s top emerging visual artists. For this third Canadian edition of the competition, the talented alt-pop singer/songwriter Lights is serving as guest judge and will be attending the party and exhibition. Hosted at the Artscape Sandbox, the evening will feature 18 sculptors, painters, photographers and other visual artists who have been selected to showcase their work.

Having debuted her first art exhibition in June in partnership with Bombay Sapphire, Lights has shown her eagerness to promote homegrown talent internationally. Her latest album, Skin & Earth, won this year’s Juno award for Pop Album of the Year and she’s more recently released a graphic novel with the same name.

The Bombay Sapphire Artisan Series will send three Canadian winners, one each from Toronto, Montreal and Vancouver, to SCOPE Miami Beach, one of the world’s leading contemporary art fairs. At a grand finale event in Miami in December, judges will select a Grand Prize and Second Place prize winner from among 13 regional winners and two online winners. Attendees at the SCOPE Miami Beach event will also vote and select a People’s Choice winner. The Grand Prize winner will receive a US$10,000 stipend, as well as the opportunity to create a public installation in New York City. The Second Place and People’s Choice winners will each receive a US$3,000 stipend to create a solo exhibit at a gallery in their region.

The annual art competition’s mission is to discover the next big name in visual arts and has been successful in showcasing truly unique talent—cementing its mark in the arts community since it debuted almost a decade ago. What sets the competition apart is its ability to provide an incredible opportunity to emerging artists to raise their international profiles and connect them to galleries, collectors and curators around the globe with the trip to Miami during Miami Art Week.

After putting out an open call to artists across the country, the famous gin maker partnered once again with Artsy, the world’s largest online marketplace for collecting and discovering art. Artsy will work with the Grand Prize winner determined in Miami to curate an Artsy Special Project that will debut in New York City in 2019.

Joining Lights on the judging panel are local art world insiders Devan Patel, director of Project Gallery (which just debuted Kent Monkman’s latest solo exhibition), and Umbereen Inayet, programming supervisor of the City of Toronto’s Nuit Blanche and an award-winning artistic producer who has worked with the city’s top creatives, including Director X and Drake.

Bombay Sapphire welcomes all Toronto’s art aficionados to come and see which are their favourite works while enjoying a few G&T’s. The party is free and open to anyone 19+; please register here. It takes place between 7 p.m. and 9 p.m. on Wednesday, August 29, at Artscape Sandbox (301 Adelaide Street West). For further information, visit bombayartisan.com.

Here is a sample of some of the artworks that will be on display, and the artists behind them. 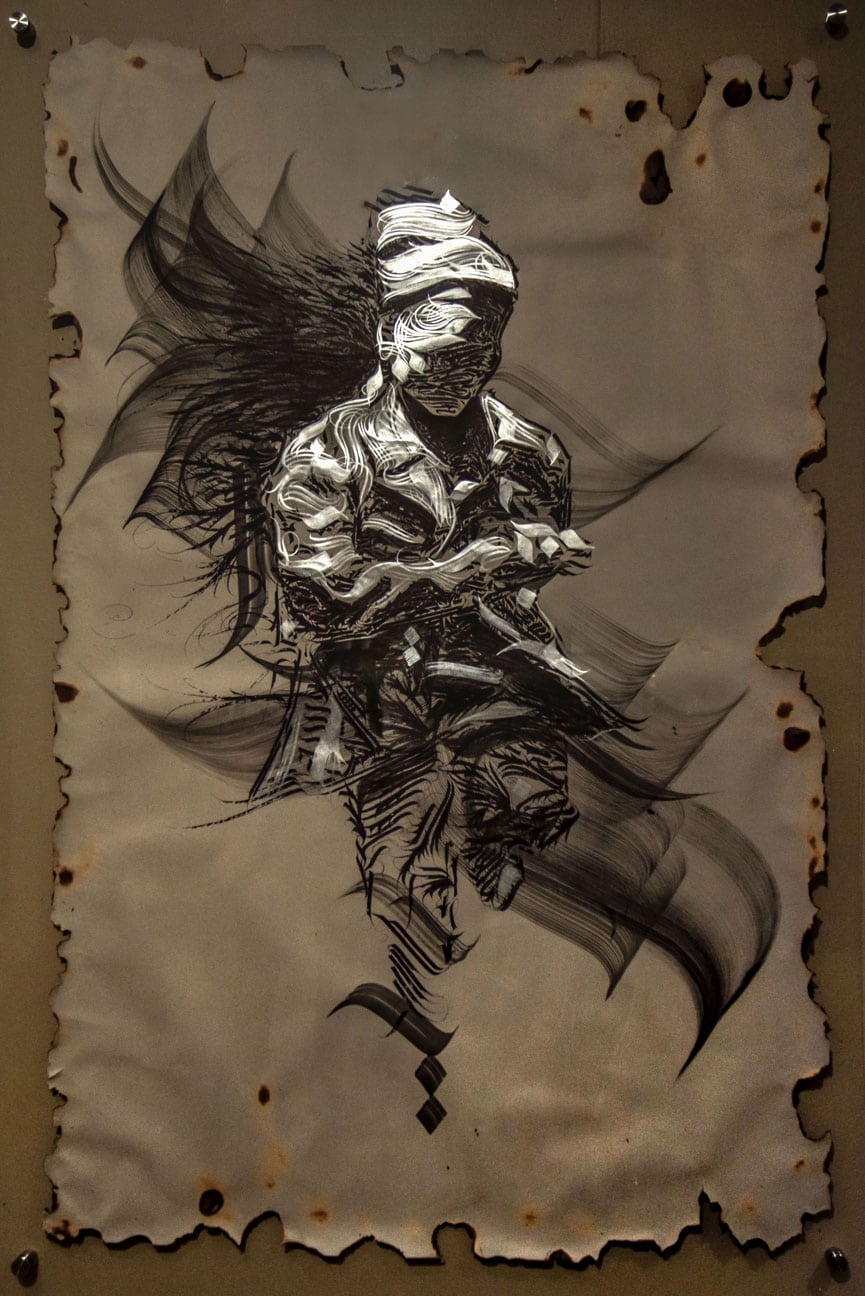 Rei Misiri is an interdisciplinary artist from Tirana, Albania, now based in Toronto. Working in dance, film, painting and illustration, Misiri’s practice has gradually become interdisciplinary. After moving to Canada, Misiri found urban art and dance as an outlet to embrace his identity, skills he has combined with his love of drawing. At the finals, he will present his illustration “Concrete Poet,” a personal piece that is a tribute to his mentor in dance, expressing the whimsical yet bold qualities that they embodied. Misiri’s work has been featured at the Art Gallery of Ontario and the Sony Centre for the Performing Arts. 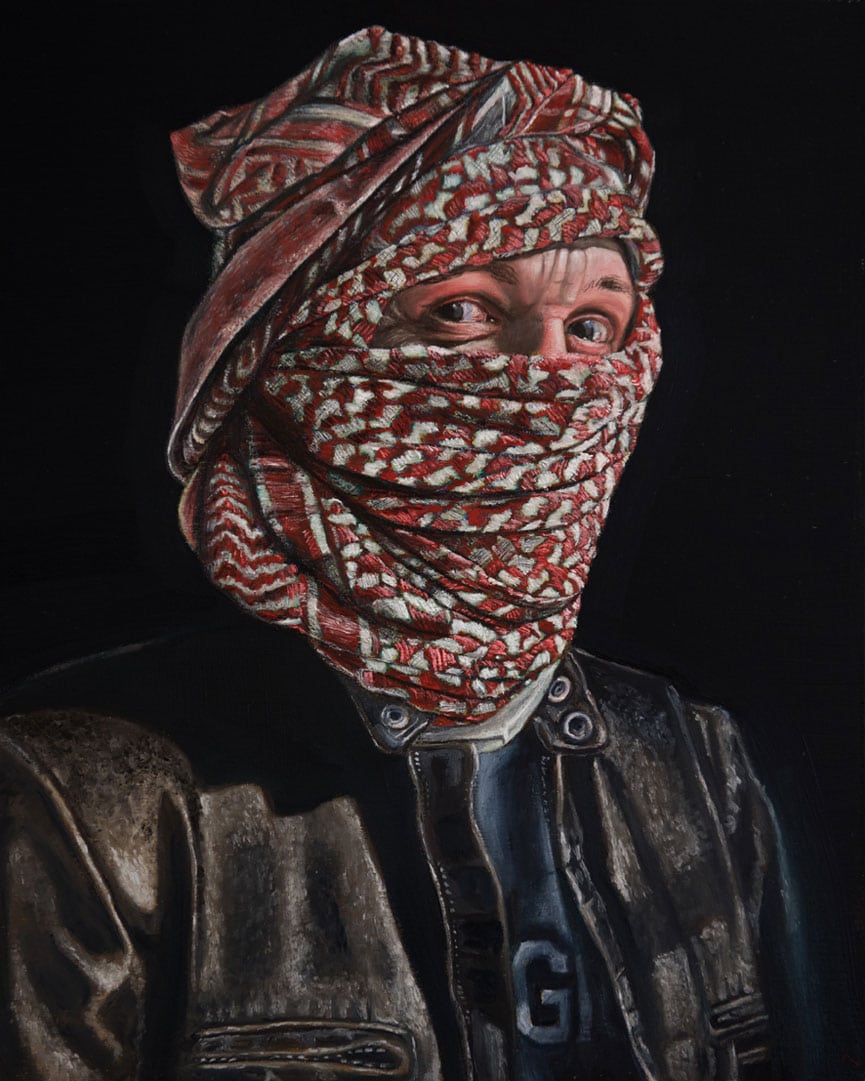 Stephen James Kerr is an artist based in Hamilton, Ontario, who specializes in realist painting. A member of the burgeoning Cotton Factory studio, Kerr’s “Man in a Red Turban” is an oil painting inspired by realist master Jan van Eyck. The face and jacket are painted alla prima over an underpainting, while the keffiyeh is painted in three layers over an underpainting to better convey the rough texture of the fabric. With the work, Kerr wanted to make a commentary of contemporary relevance, examining “who is the ‘Man in the red turban’ today?” His gaze into the mirror is an artist’s gaze, like van Eyck’s, but also an accusatory gaze. It asks, “What are you going to do about this?” 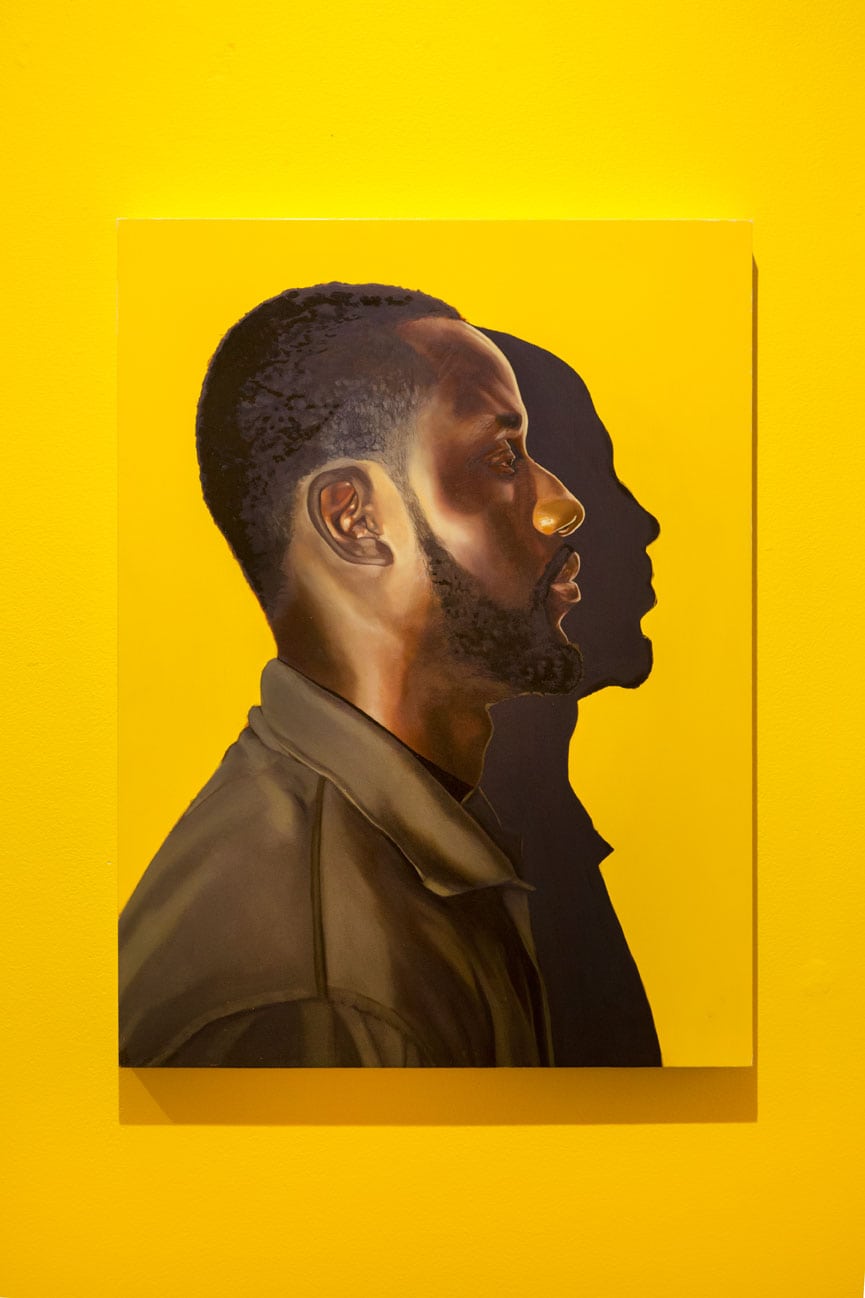 Shantel Miller is a painter based in Toronto. A graduate of OCAD’s BFA program, with a major in drawing and painting, Miller intentionally works with oil paint in a way that allows for a kind of appropriation to take place. As a black woman choosing oil paints to make portraits, her paintings aspire to renew possibilities that can democratize image making. Her artistic practice interrogates societal constructs of blackness to examine the varying ways black bodies occupy space in visual culture. Miller layers symbolic figures, familiar imagery and events to further complicate representations of blackness. At the finals, Miller will present her painting “Teekay” from her series The Side Profile.