A Q&A with Adam Colquhoun, a professional shucker, on oyster dos and don’ts for holiday party season

A Q&A with Adam Colquhoun, a professional shucker, on oyster dos and don’ts for holiday party season 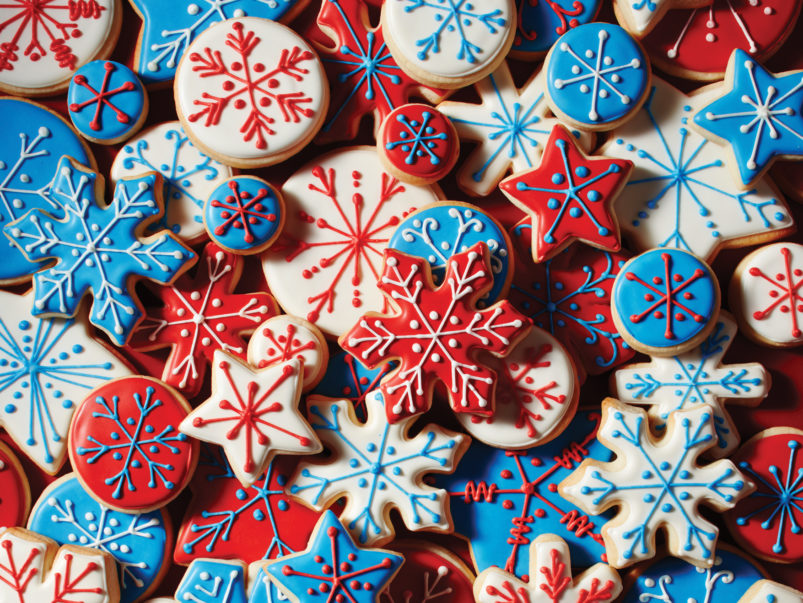 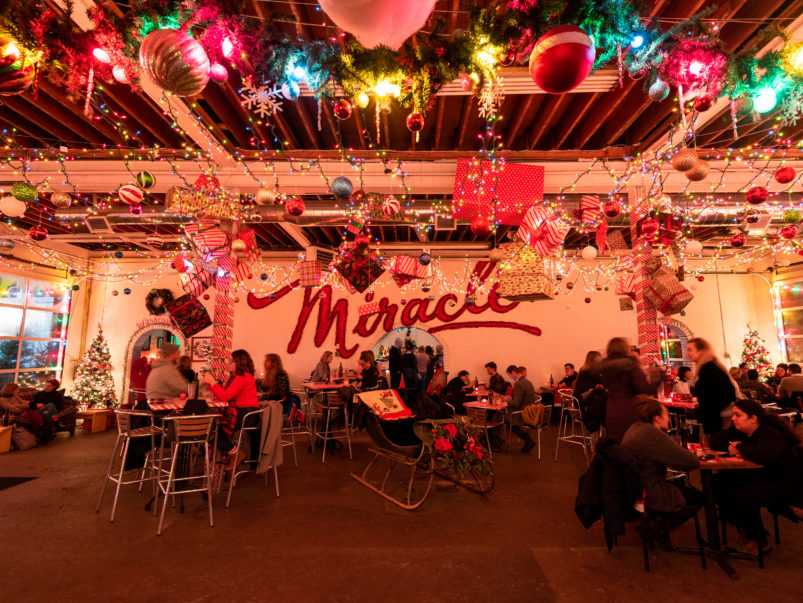 A lot of people don’t realize that oysters have a top and a bottom, and it’s very important to know the difference. You want to make sure your oysters are right-side-up so that the liquid doesn’t drain out. The bottom is usually more cup-shaped and it’s always going to be a little bit bigger than the top. Oysters have an underbite—like a bulldog.

Oyster Boy started as a catering business back in 1992. Were oysters popular back then?

Definitely not. A lot of people thought they were weird or slimy or gross. I was working for Upper Canada Brewing Company back in the early 90s. I was the top salesperson and what I would do to increase sales was say to the different bartenders, “If you give me an extra tap, I’ll come in and do an oyster night once a month.” That way, people who did like oysters had a particular night to get together. I was selling them out of my basement at that point. We opened Oyster Boy in 1999.

Where did your extreme oyster knowledge come from?

I married an islander and we had a child, so now I’m related to half of P.E.I. We spend a lot of time in Colville Bay.

And you seem to have a bit of an East Coast accent.

Ha! It’s true. I joke that people want to get their oysters from a guy with an accent. But I’m actually from Scarborough.

I’ve never shucked in my life. What are the key dos and don’ts?

One of the things I tell people is that shucking an oyster is like opening a can of paint. You want to make sure your knife goes in at a good angle and then it’s just push, pry, push, pry. There’s an element of patience—especially at first. Always stand to shuck, and hold your oyster at a 45-degree angle, because it prevents an injury if the knife does slip.

You must have witnessed some bloodbaths in your day.

Oh, I’ve definitely stabbed myself a few times. The worst oyster-related injury I’ve ever heard of involved my buddy Michael Stadtlander. He usually holds a holiday market at Stadtlander Farms, and I usually provide the oysters. Anyway, he was sitting down, shucking in his hand—which I always tell him not to do. But he did, and the knife slipped and he sliced a major artery. They had to give him a pint of blood by the time he got to the Collingwood hospital.

Yikes! I see a lot of trophies on the walls. How does competitive shucking work?

Contestants shuck 18 oysters as fast as possible—and cleanly, too, which means no shell or human blood. I came in first place in Ontario three times and I took second place in the nationals three times, as well.

Do you have a sworn shucking rival?

No. The people competing today are way faster than we ever were. My fastest time was 1:20. Now they’re doing a minute.

How come they’ve gotten so much faster?

I think there’s more interest in oysters, and people are spending more time learning about them. And the oysters themselves are a lot better.

What is your philosophy on toppings? Okay or sacrilege?

Are there any toppings you won’t tolerate?

Listen, as long as you respect the animal, I don’t care if you put ketchup on your oysters. But if you want to know what an oyster actually tastes like, you have to taste it! No toppings, just the terroir, which is the taste an oyster gets from the water it lives in. Depending on the tide and the temperature, you’re going to get something slightly different every time. That’s part of what’s so amazing. At the Food and Wine festival last weekend, people were having a good time, but they were putting huge globs of all three toppings on their oysters. You can’t taste any of the oyster that way! But I don’t want to be that snobby oyster guy.

You must get a lot of snobby oyster eaters in your restaurant, though. Any common misconceptions you want to correct?

One of the things that’s kind of funny is that some people don’t understand the difference between a type of oyster and a brand of oyster. People are going on about Lucky Lime or Raspberry Point, but those aren’t locations, they’re brands. There’s no such place as Raspberry Point—those oysters are brought in from different places.

Do you take issue with people who just swallow without chewing?

As long as people are buying oysters, I don’t care what they’re doing with them. But yes, you want to chew. Just a little bit—not through the oyster or anything, but enough to get the taste.

Sure, whatever you want. Enjoy!

Is it true that you should only eat oysters in months that have an “R” in them?

No. That rule applied way back before modern refrigeration was invented. Today, March and April are actually the worst months for oysters because they’ve been hibernating for three or four months at that point.

What about the whole aphrodisiac thing. Is that true?

Oh, definitely. Oysters contain two amino acids that have been scientifically proven to increase testosterone in males and progesterone in females. So that’s the science. My personal theory, however, is a little different. Oysters only breed once a year. And they’re alive when you eat them. They’re alive, you’re alive and just as you’re swallowing one and your digestive juice is starting to break it down and kill it, just as the oyster is about to die, it realizes that it’s becoming part of a life force that can have sex several times a day. So the oyster becomes a little puppet master inside of you.

So, just so we’re clear: you’re saying the oyster is basically willing its human host to have sex… to make up for its own lost time?

Yes. Trust me. I run into people who had dinner at Oyster Boy the night before. It’s true.