On November 23, Toronto Life hosted an intimate—and double-vaxxed—event at Yorkville’s Harry Rosen to celebrate the magazine’s annual list of the city’s most influential people. Occupying top spot this year was Vaccine Hunters Canada, the kind-hearted army of volunteers who helped more than a million Canadians get the jab.

Those Good Samaritans, other honourees on the list and a small group of other attendees mingled, shopped, sipped on World Class Canada cocktails, beer from Guinness and wines from Robert Mondavi, and enjoyed bite-size delicacies from Elle Cuisine, all presented by lead sponsor Harry Rosen. Here’s a closer look at who was there. 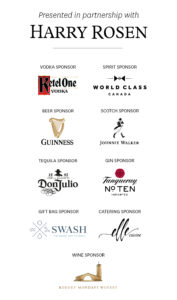