The best TV and movies to stream this weekend

The best TV and movies to stream this weekend

There’s plenty to catch on the streamers this weekend, including a new HBO sports drama about the Los Angeles Lakers at their most iconic, a miniseries about the rise and fall of Theranos founder Elizabeth Holmes and the finale of the buzzy murder-mystery The Afterparty. Here, we’ve rounded up the most notable titles streaming on Crave, Netflix Canada, Apple TV Plus, Prime Video and Disney Plus this weekend, so you can zone out until it’s time to Zoom again.

Winning Time: The Rise of the Lakers Dynasty

The 1980s-era Los Angeles Lakers are widely considered to be one of the greatest dynasties in sports history. Now, their story—both on and off the court—is getting the HBO treatment from the director of Don’t Look Up and The Big Short. For those who aren’t die-hard basketball fans, the ensemble cast is reason enough to check out the series: John C. Reilly stars as former team owner Jerry Buss, Sally Field plays his mom, Adrien Brody is coach Pat Riley and newcomer Quincy Isaiah steps into point guard Magic Johnson’s Converse Weapons. March 6

Trekkies everywhere were elated when Patrick Stewart signed on to play Captain Jean-Luc Picard once more—this time in a series that kicks off with him retired and living in France (unsurprisingly, that doesn’t last). Season 2—episodes drop weekly on Thursdays—follows Picard on his ongoing quest to secure the future of the galaxy as he reunites with old friends (like Whoopi Goldberg’s Guinan) and foes (John de Lancie’s Q) alike. Episode 1 streaming now

Nothing captivates quite like a gritty and sordid true-crime doc, and Worst Roommate Ever fits that bill to a tee. While the title may be something you’ve muttered under your breath a few times over the years, this five-part series is not to be taken lightly: it tells the unsettling stories of nightmare flatmates who range from killers to con artists. Streaming now

This John Hughes comedy about five high-schoolers from different social circles stuck in detention together is nostalgia at its best. Whether you’re a brain like Brian (Anthony Michael Hall), a princess like Claire (Molly Ringwald), an outcast like Allison (Ally Sheedy), a jock like Andrew (Emilio Estevez) or a rebel like Bender (Judd Nelson), you’ll be pumping your fist along by the end too. Streaming now

You can question the decision to remake a classic like West Side Story, but there’s no quibbling over the talent of director Steven Spielberg. The 2021 version of the 1961 film—about a teen romance that escalates the turf war between two rival gangs—is more nuanced and closer to the original musical, helped in part by breakout performances from Rachel Zegler (Maria), Oscar-nominee Ariana DeBose (Anita) and Mike Faist (Riff). Streaming now

Theranos founder Elizabeth Holmes made international headlines in 2014 when Forbes named her the world’s youngest self-made billionaire, then again a few years later when it was revealed that she was a total fraud. The Dropout, adapted from Rebecca Jarvis’s podcast of the same name, tells the story of Holmes’s meteoric rise and fall, with Amanda Seyfried stepping into the lead role. Episodes 1 to 3 streaming now

The lives of legendary Hollywood couple Lucille Ball and Desi Arnaz were recently portrayed by Nicole Kidman and Javier Bardem in Being the Ricardos, but this time they’re getting the documentary treatment. Amy Poehler directs this in-depth look at the duo’s relationship, their record-making TV partnership on I Love Lucy and their lasting legacy. Streaming now

If you haven’t been following the whodunnit romp The Afterparty, stop whatever you’re doing and catch up now, before spoilers from this weekend’s finale take over social media. The murder-mystery/comedy mash-up boasts an impressive cast—including Tiffany Haddish, Sam Richardson, Zoë Chao and Dave Franco—all revolving around one question: Who committed the murder at the high-school reunion? You can rest easy going in though, because the comedy has already been renewed for another season, with Haddish’s Detective Danner confirmed to return. Streaming now

This psychological thriller gives a whole new meaning to the chestnut “work-life balance.” Starring Adam Scott and directed in part by Ben Stiller, the critically acclaimed series follows employees at a company who have been “severed”—meaning they have no memory of who they are outside of the office and vice versa. Streaming now

Topics: Apple TV+ Crave Disney Plus What to watch 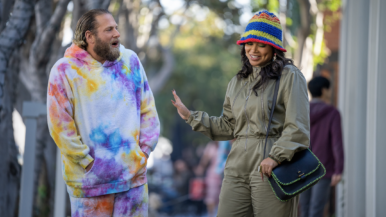 You People, the latest Jonah Hill comedy, is here—and everything else on Netflix Canada this week 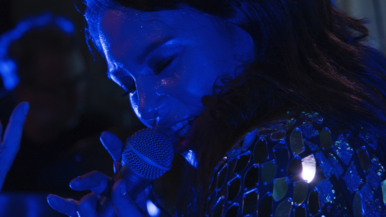 “I know my music tends to be polarizing”: A Q&A with Tanya Tagaq and co-director Chelsea McMullan on the making of Ever Deadly 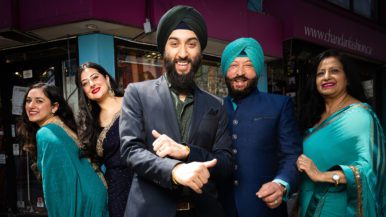 “We’re not trained actors—it was a big adjustment”: A Q&A with the charming family starring in the new docuseries Bollywed