It’s no secret Toronto International Film Festival® looks different this year. There are no fancy galas, jam-packed pre-screening cocktail parties or hoards of pedestrians jostling each other for a glimpse of movie stars walking the red carpet. But there are still plenty of buzzed-about films being released, many of which you can catch at the reimagined Visa Skyline Drive-In at CityView—making for a much different, but for most of us, a long-awaited night out at the Festival.

The unique drive-in at the Visa Skyline Drive-In delivers on moviegoers’ expectations of having an exclusive experience: Visa collaborated with local small businesses to create a truly elevated outdoor theatre. The red carpet is replaced by a retro LED-lit tunnel that ticketholders drive through upon entering and neon signage beside the big screen with a play on Visa’s tagline “Love, accepted everywhere” that accentuates the picturesque Toronto skyline backdrop (and makes for epic Instagram content). 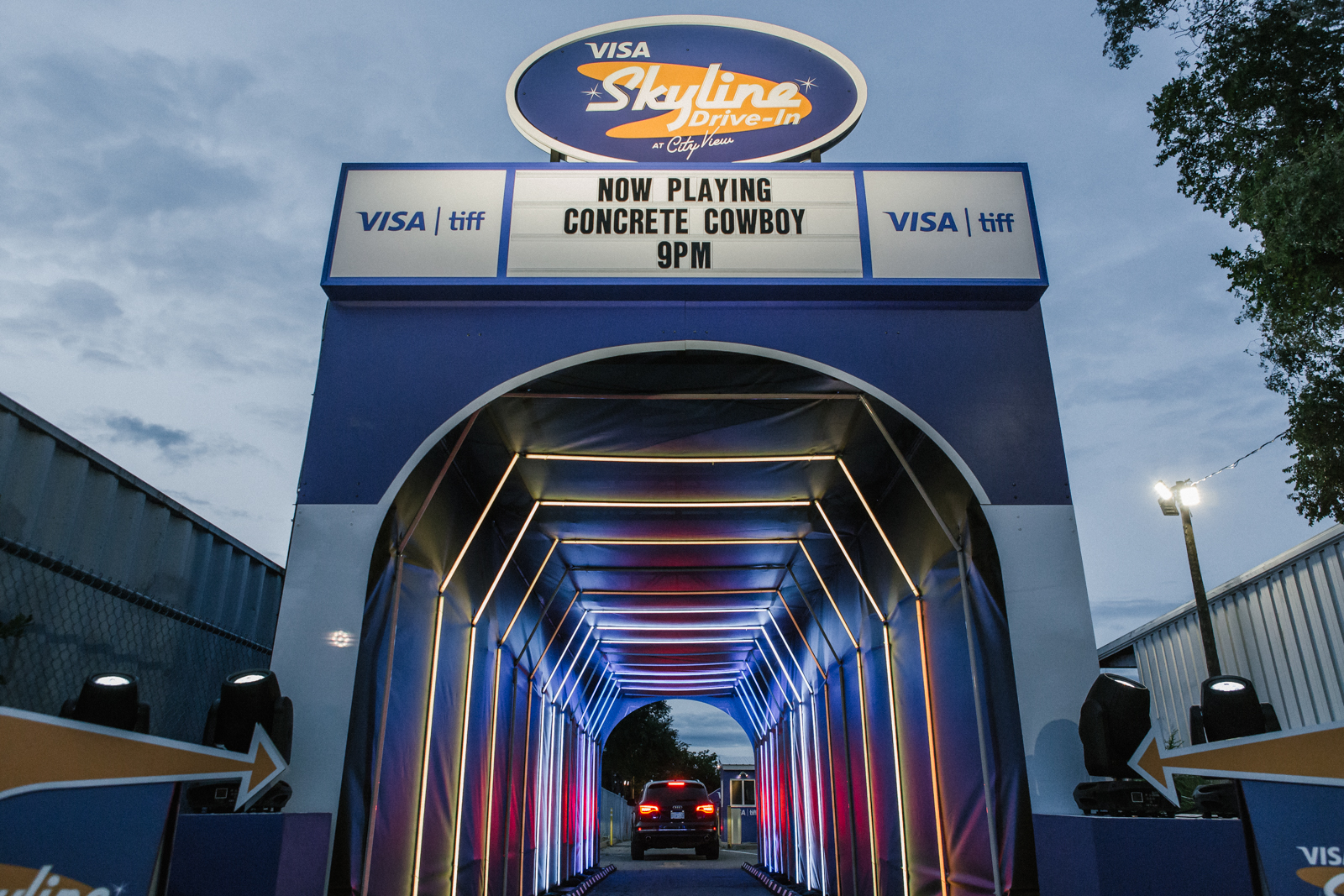 The screenings this Festival include fascinating, heart-wrenching flicks with some serious star power. For instance, there’s Pieces of a Woman, where Vanessa Kirby and Shia LaBoef play a couple recovering from the loss of their newborn during a home birth, and One Night in Miami, which imagines a night in February 1964, when real-life friends Cassius Clay, Jim Brown, Sam Cooke, and Malcolm X gather to celebrate Clay’s win over Sonny Liston, which made him the heavyweight champion of the world.

Small businesses are at the heart of Canada’s economy, but the pandemic has had a significant impact on them and the communities they serve. According to a recent Visa survey polling small business owners and consumers, Visa Canada found that while 75 per cent of small business owners were optimistic about the future of their businesses, most estimate it will be an average of 10 months before their companies are fully operational again.

To help in their recovery, Visa used its platform at TIFF to promote and work with small businesses to bring the Drive In events to life, from curating complimentary food and beverages from local restaurants, to sourcing staff uniforms and giveaways.  The intent was to expose movie-goers to local restaurants and businesses since consumers have power in the choices they make and their continued support of small businesses – whether they shop local or online – can make a difference.

“For all of the small businesses included in the Visa Skyline Drive-in – it gives each and every one of our businesses the opportunity to reach an audience otherwise untapped by our normal channels,” said Amira Becarevic, Chef & Owner, Mira Mira. “It truly is a unique and fulfilling opportunity to be a part of an event of this magnitude – working alongside other fantastic businesses and entrepreneurs to curate a memorable and tailored evening.” 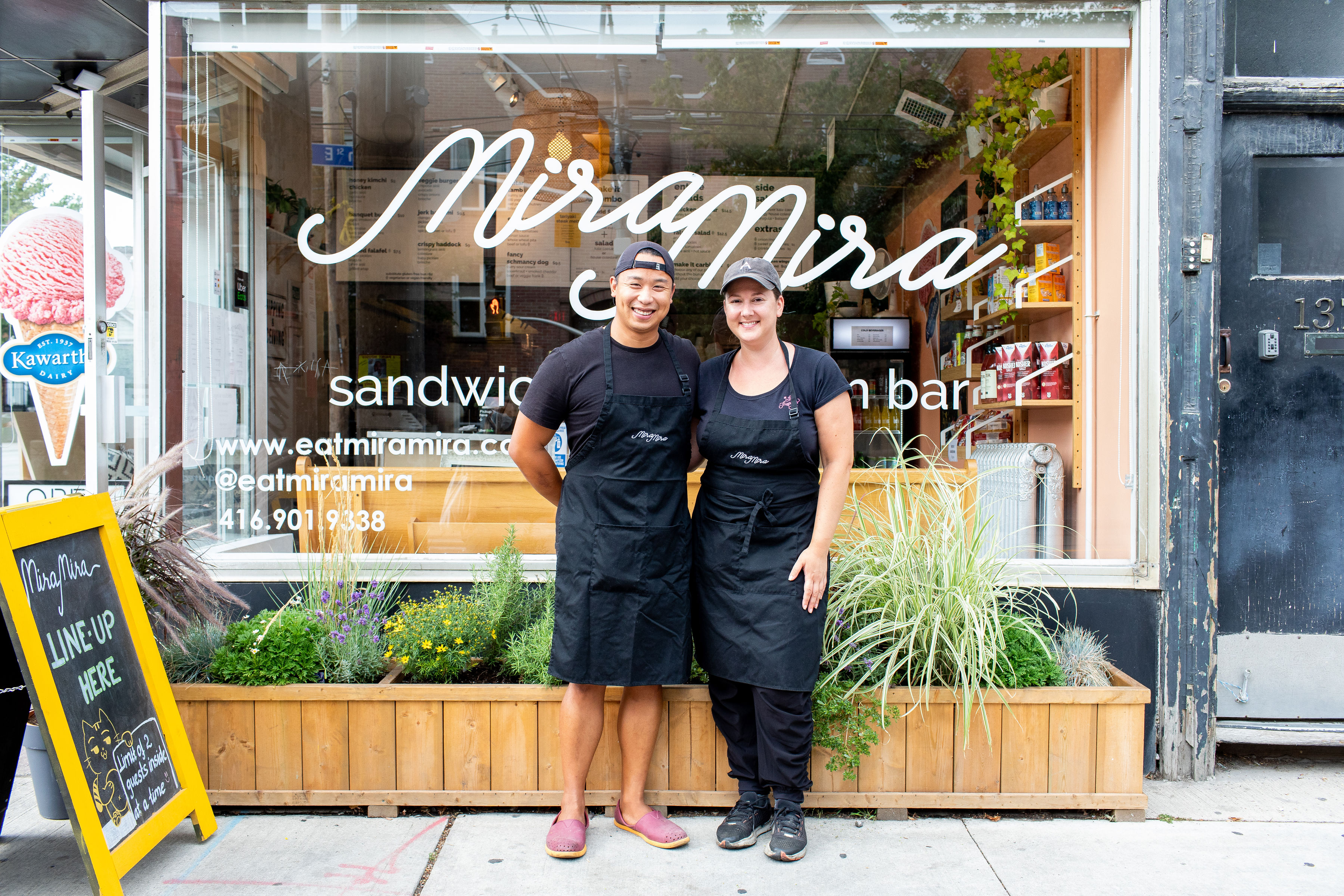 Visa is hosting Festivalgoers in their cars during 10 nights of TIFF premieres, with three screenings exclusively for cardholders, clients and small businesses. The September 13 fête in particular was dedicated to celebrating Toronto’s small business community, giving owners a much-needed night off from all they’ve been through during the past six months. As part of Visa’s collaboration with nine of the small businesses involved, a complimentary curated selection of treats including Kombucha from Alma + Gil, a sandwich from Elm Street Deli, and a Duo of Dips from Burdock were provided to attendees in a cooler bag by SoYoung. The audience was also treated to milk shakes from Mira Mira and mouth-watering baked goods and delectable mixed candy bags from PS by Pretty Sweet to enjoy during the show.

Click here to find out more about how Visa supports small businesses now and always.