Naomi Harris was introduced to old Hollywood at a young age: her father loved old movies and would rarely watch anything made after 1950. The walls of his office were lined with George Hurrell’s black-and-white portraits of mid-century celebrities, which Harris would marvel at whenever she stopped by to visit.

Hurrell was an aspiring painter who paid the bills by photographing the stars of Los Angeles—from Clark Gable to Bette Davis—in the ’30s and ’40s. He used hot-light rigs to sculpt his subject’s faces and create dramatic contrasts of light and shadow. While animals never landed starring roles in Hurrell’s photographs (with the exception of the classic image of Jean Harlow cozying up to a taxidermied polar bear head), Harris approaches her pet photography with the same focus on glamour. Her work features the Greta Garbos and John Barrymores of 2019: the world-famous dogs and cats of Instagram. Here’s a look at some of the adorable faces featured in Hollywood Furever, which is on at the new Stackt market until May 25. 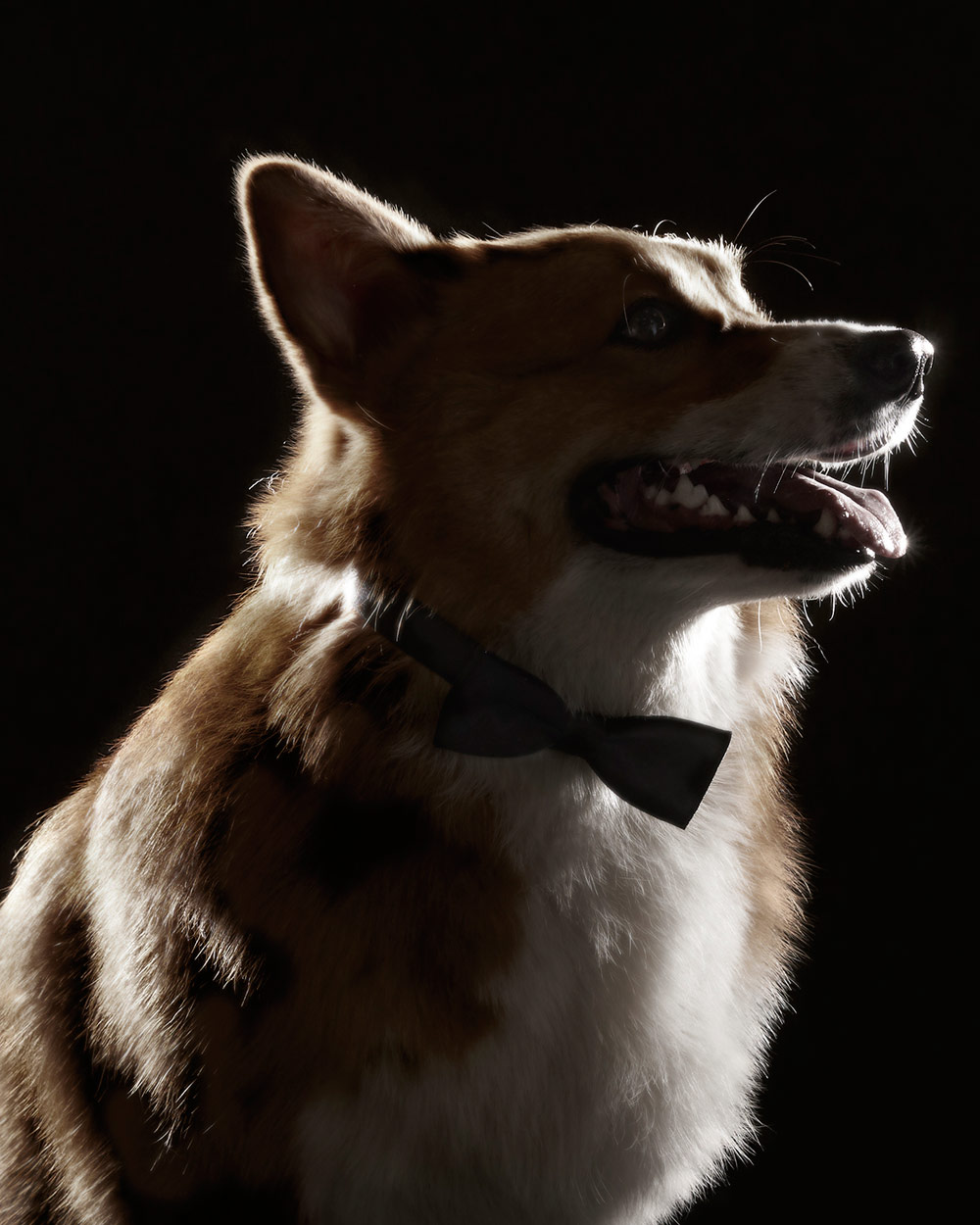 Harris photographed Harlan the Corgi using a dramatic, old-Hollywood silhouetting technique. Hurrell achieved the effect with harsh, steady hot lights, but Harris was kinder to her models and opted for a strobe flash instead. 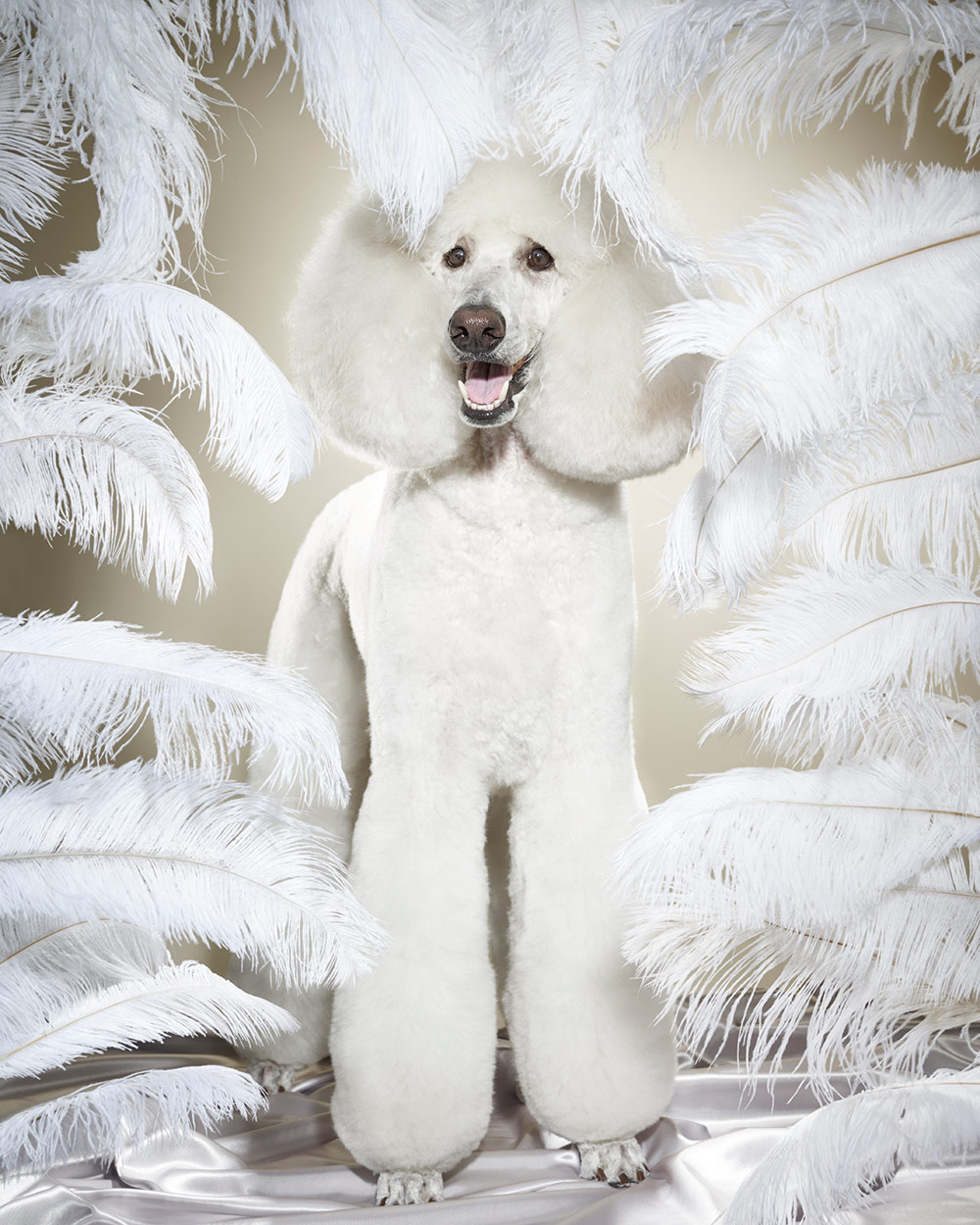 From the earliest stages of planning Hollywood Furever, Harris knew she needed a poodle—the fanciest dog breed. As soon as she met Bo, she knew he was the one. 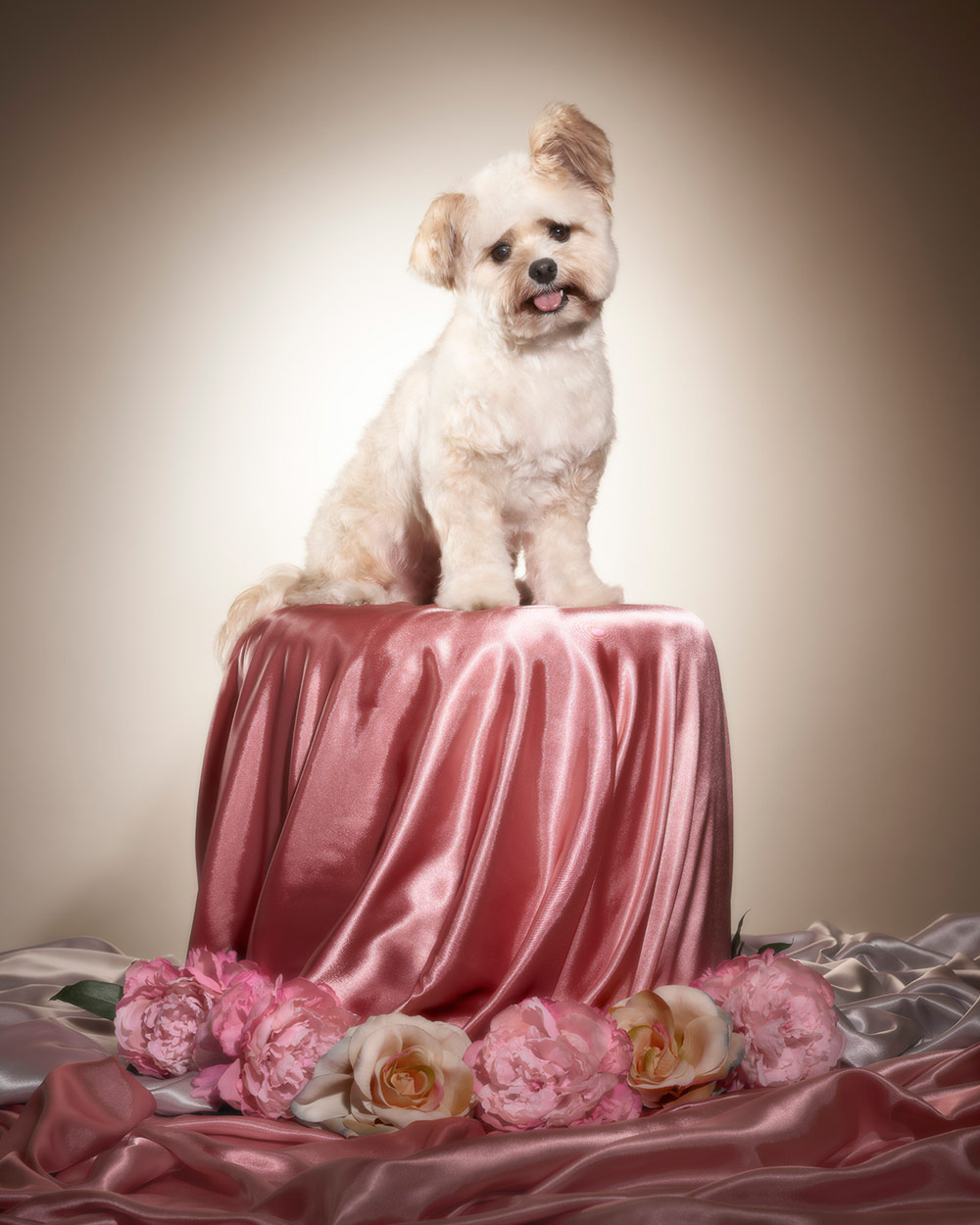 This pup was a stray wandering the streets of L.A. until a social media–savvy good samaritan found him, cleaned him up, and turned him into Popeye the Foodie Dog, an Instagrammer (with over 364,000 followers) who reviews trendy restaurants. 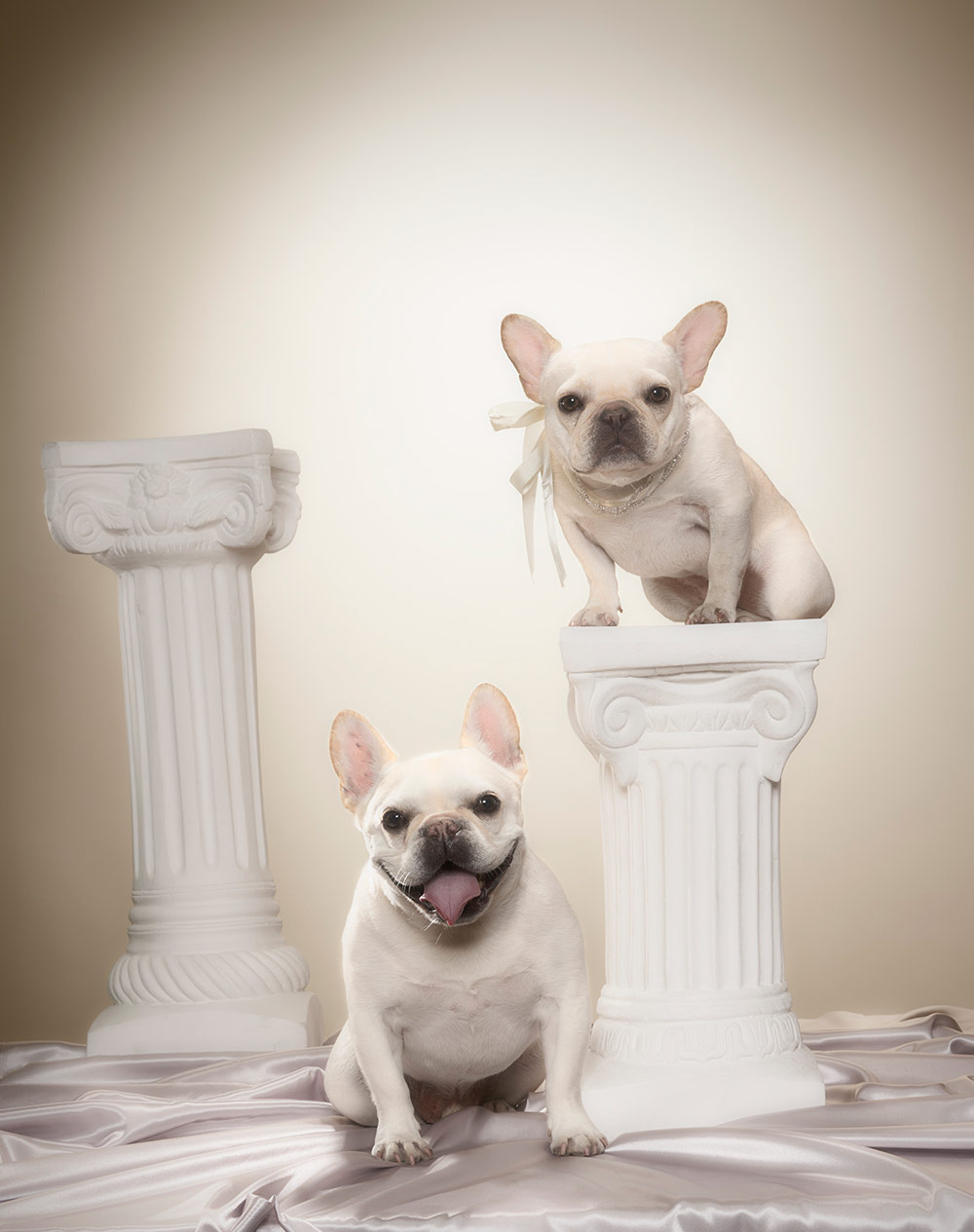 Hurrell occasionally used soft lighting to gloss over imperfections, then sharpened key features—such as lips and eyes—with a small paintbrush in post-production. Harris mirrored his technique for this shot of French bulldogs Weston and Fira, but used Photoshop instead. 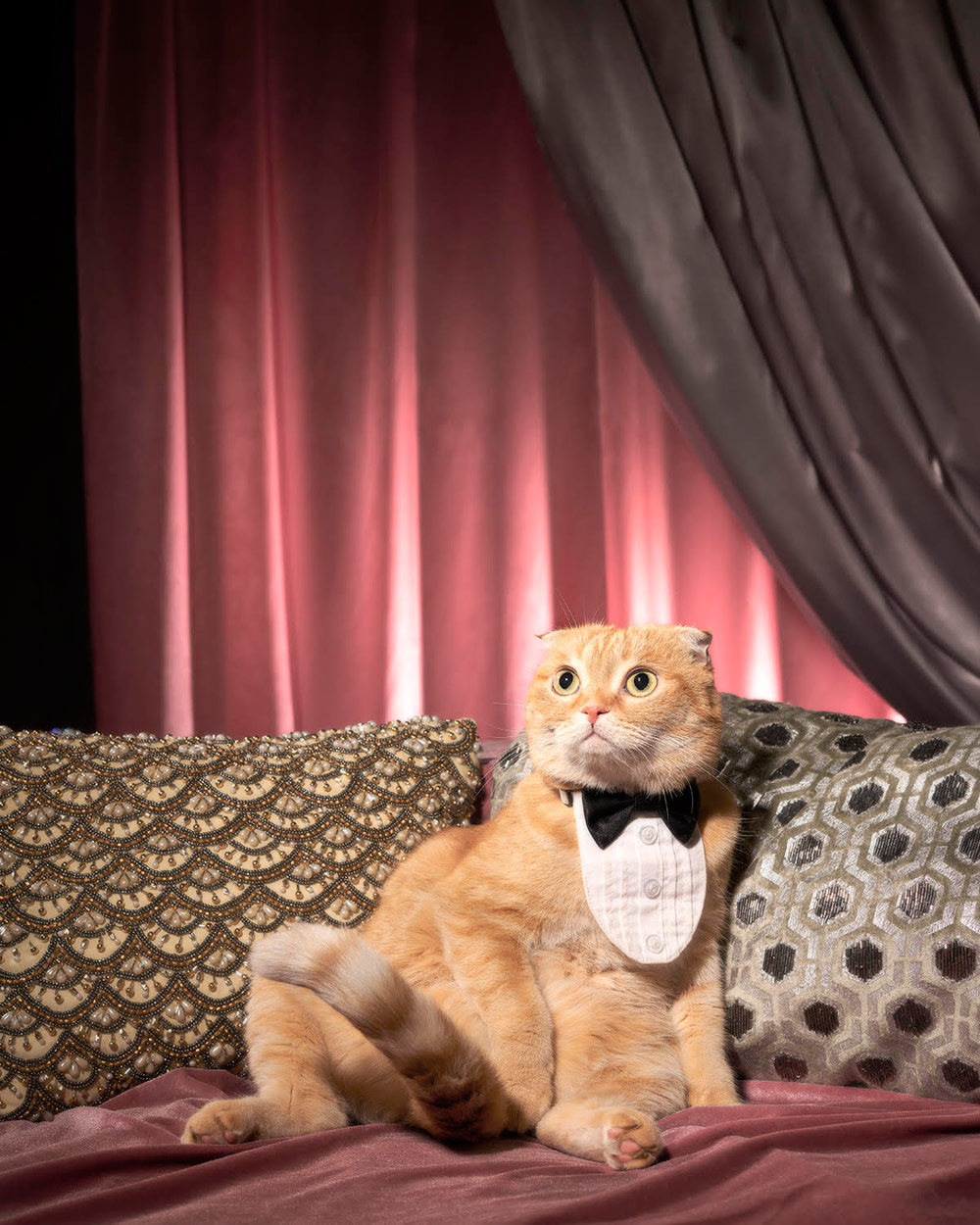 Here’s Shrampton, an eight-year-old Scottish Fold with over 51,000 Instagram followers. He even landed a starring role in the music video for Carly Rae Jepsen’s latest single, “Now That I Found You.” 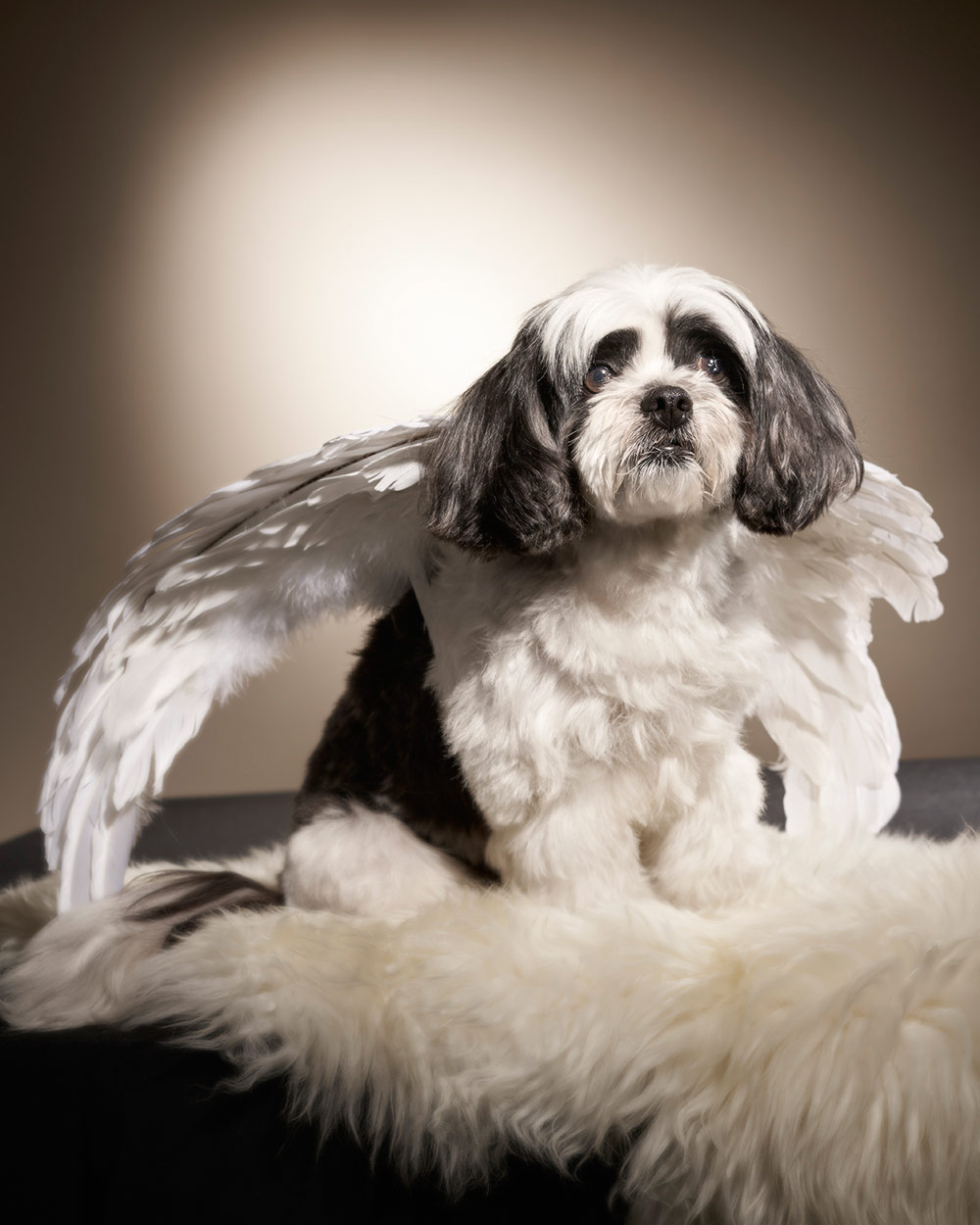 Harris’s Shih Tzu, Maggie, is her muse. She was also Hollywood Furever’s original subject. As part of her Contact exhibit, Harris will be on-site to take Hurrell-style portraits for other pet owners.