The artist Peter Harris has no interest in painting the Rockies or Algonquin Park or the shores of Lake Superior. He takes his inspiration from the urban world around him. “Most Canadians see city living as their landscape every day,” he says. Since he moved from the Kitchener-Waterloo area to Toronto 12 years ago, he’s created over 400 oil paintings inspired by the ordinary things he sees on the streets of Toronto. For his upcoming exhibition, Harris focused on the machines that fuel life in the Big Smoke and other cities around the world. Here, he discusses some of his favourite works. 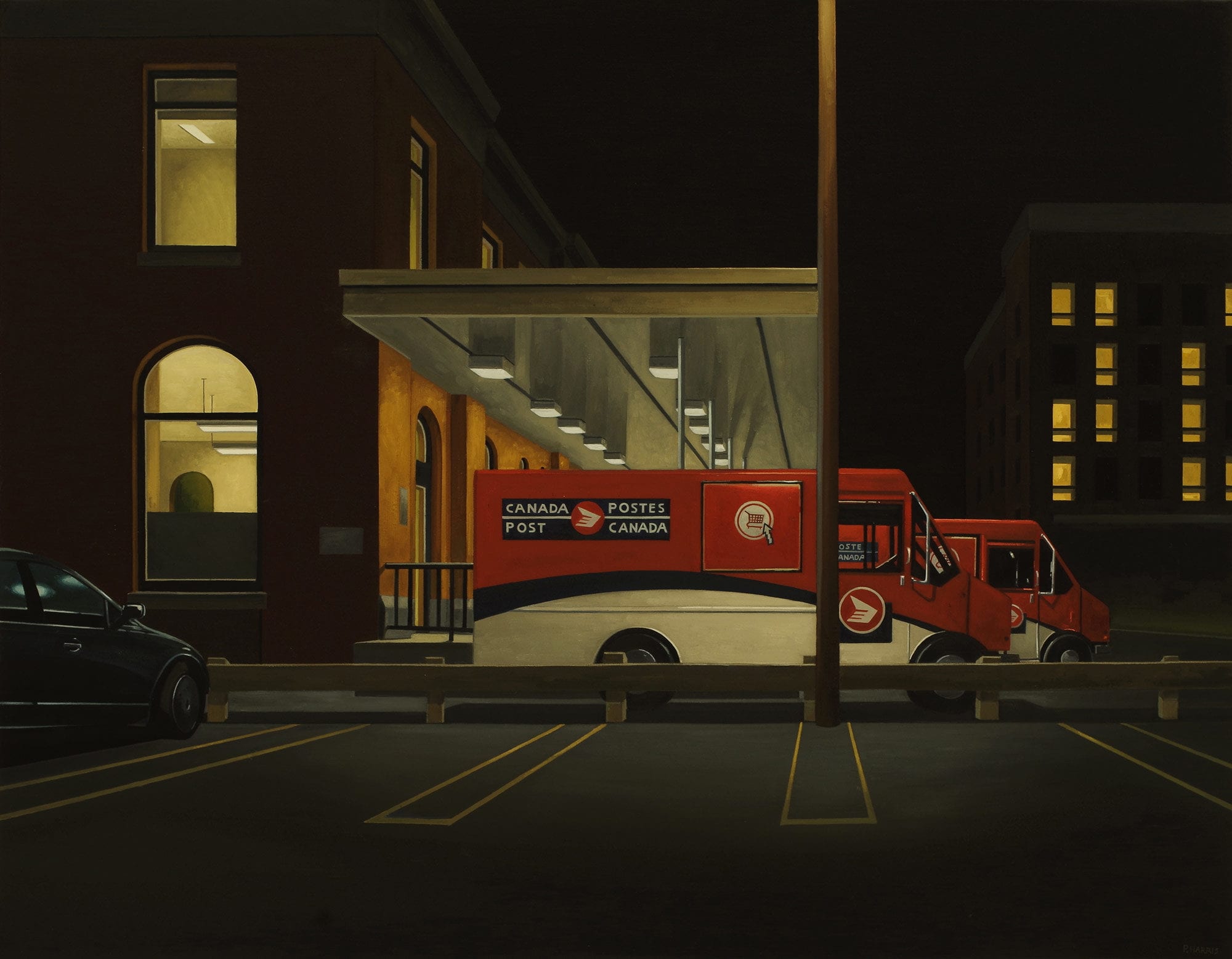 The post office across the street from Harris’s live-in studio on Queen West is one of his muses. He carries a camera with him everywhere he goes and uses tiny brushes to recreate each scene from his photographs. A single painting takes anywhere from 150 to 200 hours to complete. 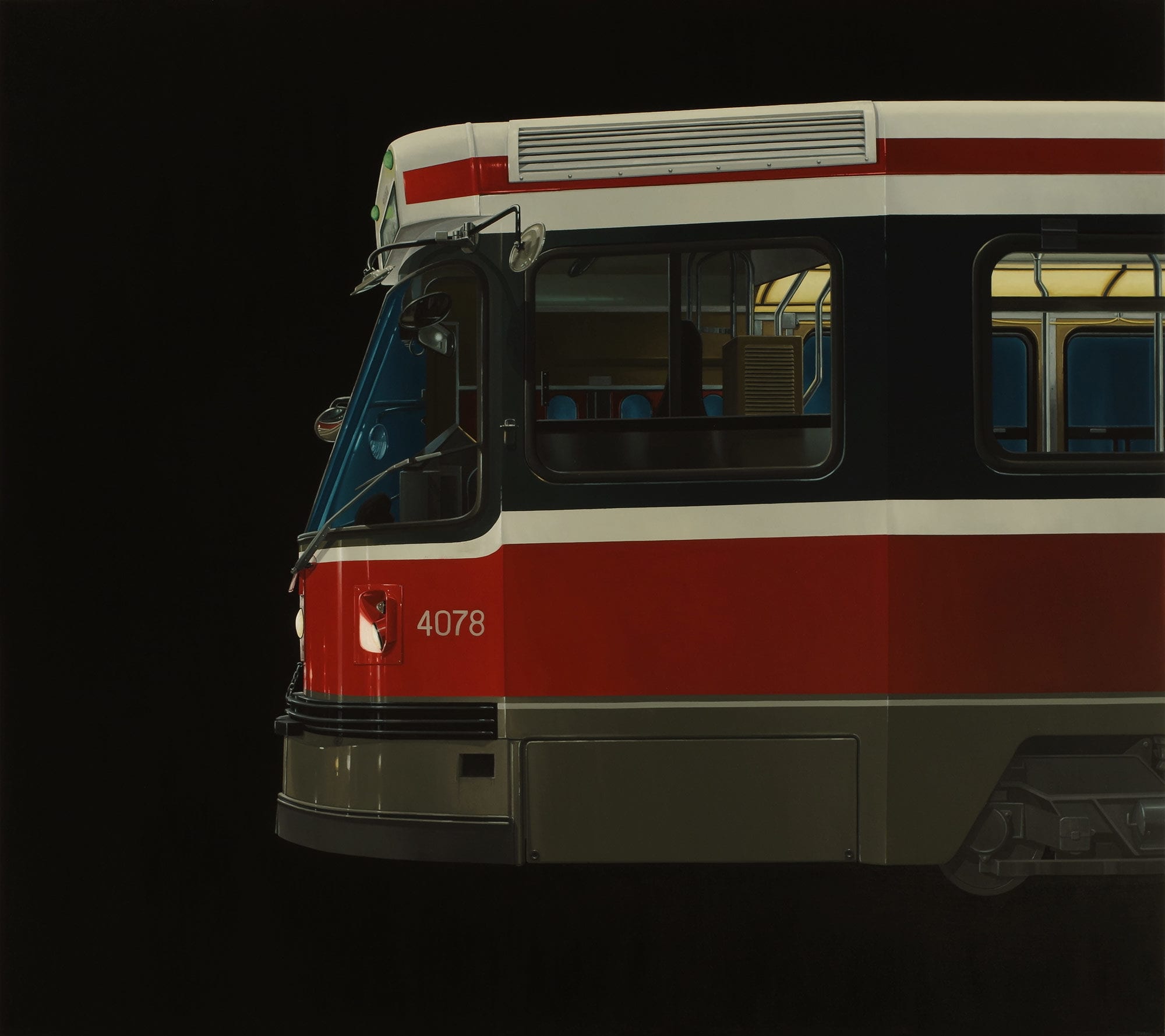 For Harris, the streetcar is quintessentially Torontonian. When moved to Toronto, he regularly rode it from his home in south Etobicoke toward downtown. 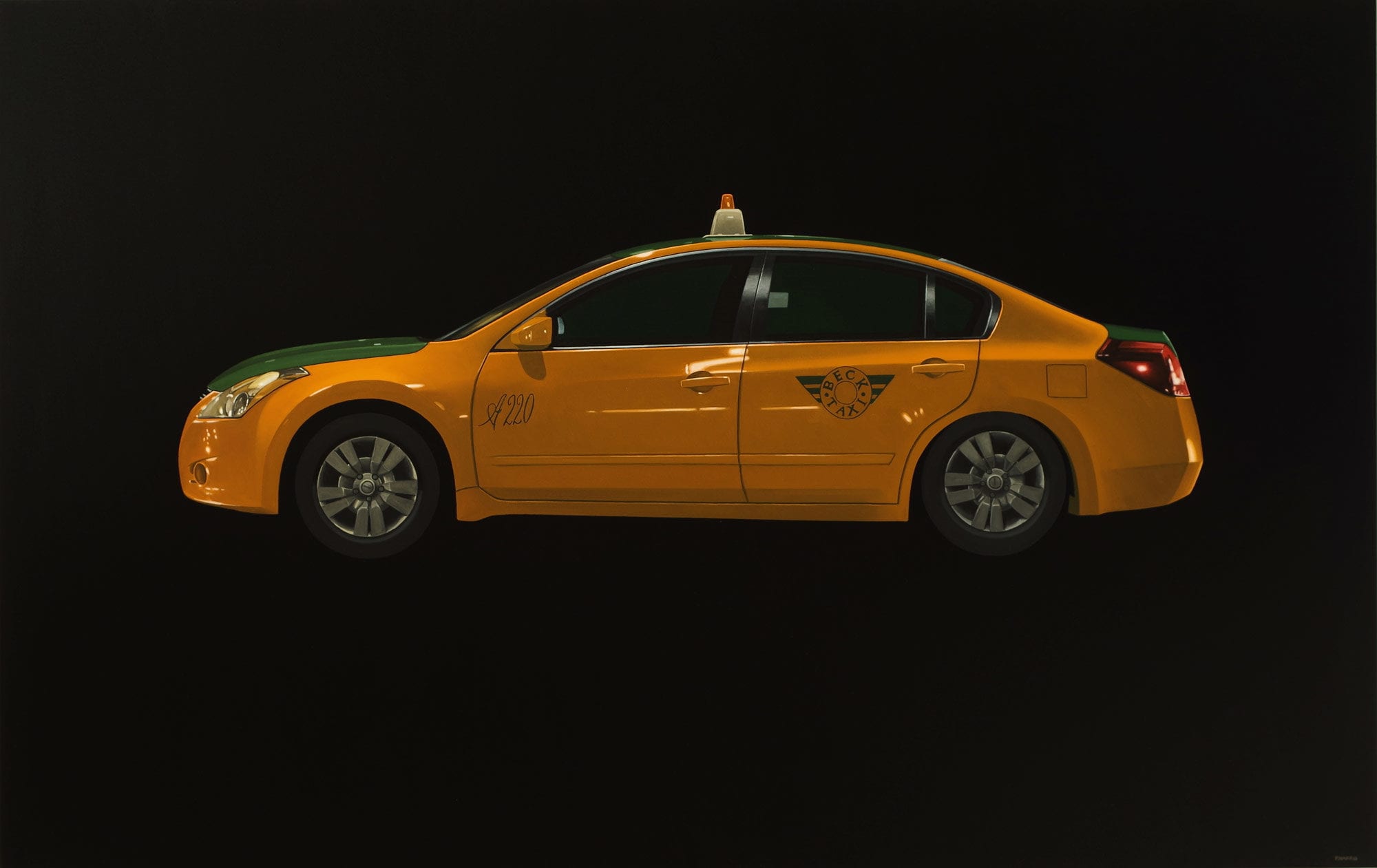 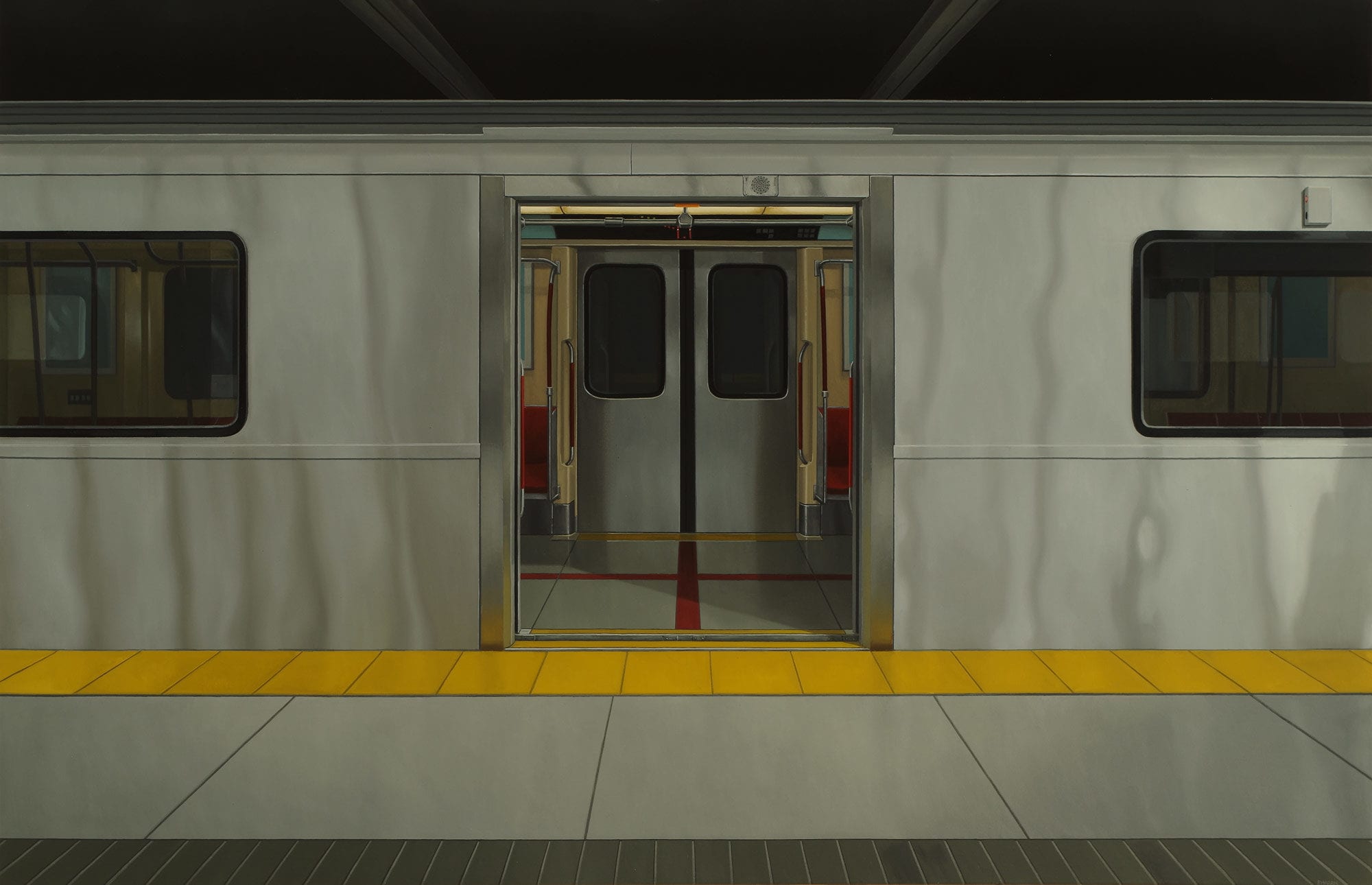 Harris stripped the TTC subway car of its trademark logo and displayed it alongside images of subways from other major cities to highlight their similarities. 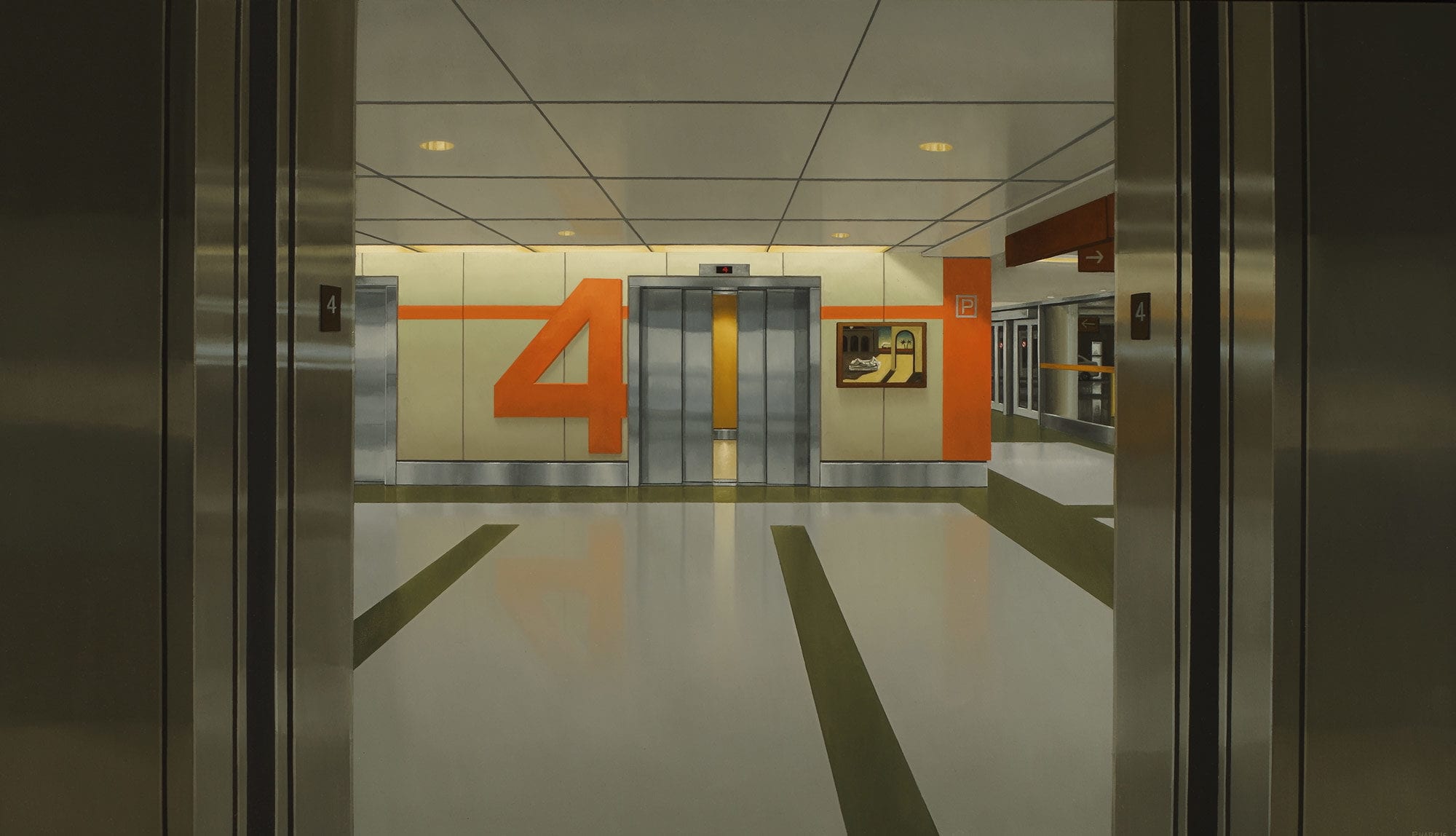 Even frequent flyers might not recognize this painting of the car-park elevators at Pearson airport. Harris finds Terminal 1’s cathedral-like ceilings to be awe-inspiring, but he prefers to paint more ordinary places. “I want it to be a stand-in for everyone’s urban experience,” he says. 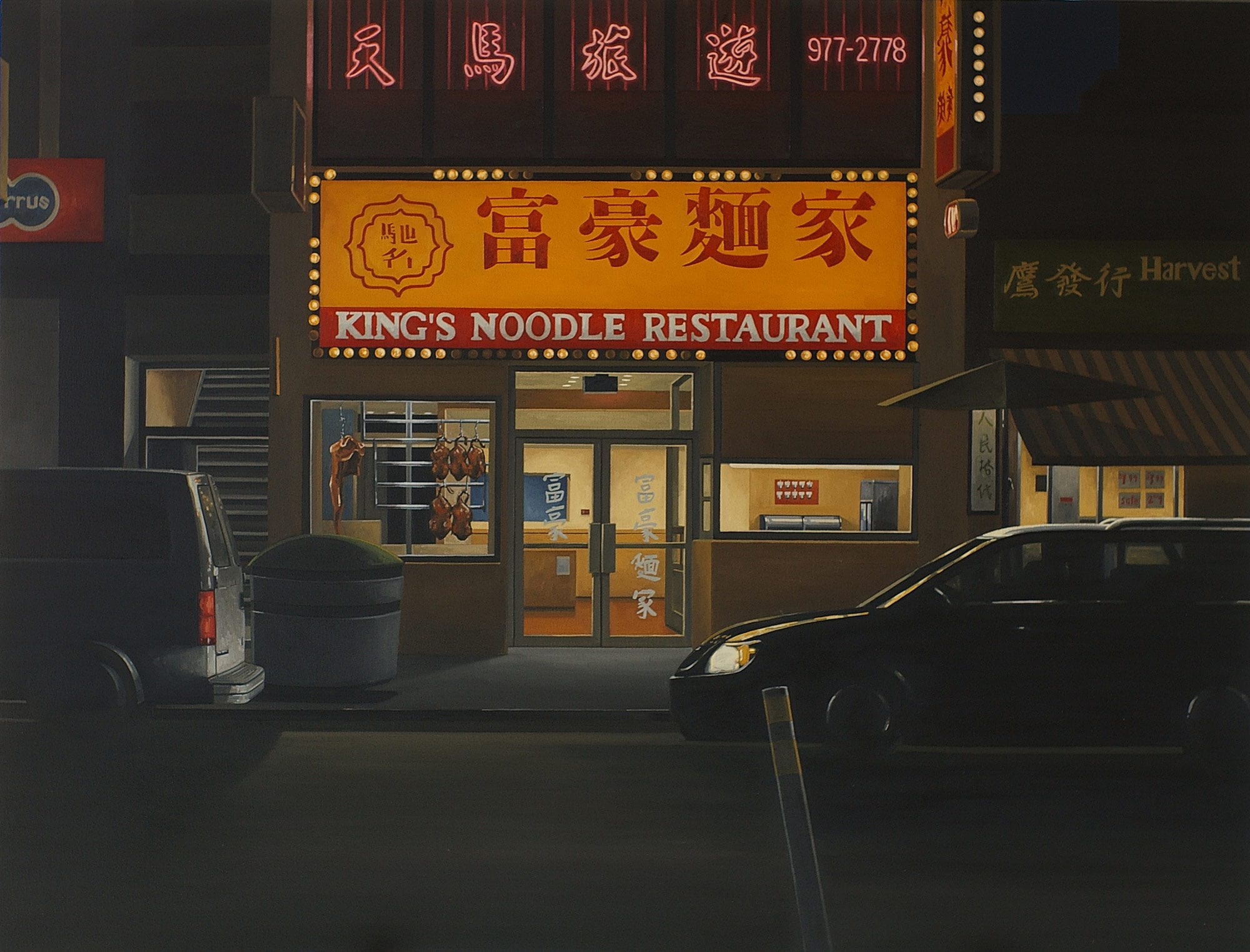 Harris wanted to paint King’s Noodle at Dundas and Spadina because of its retro signage. “Neon is a lost art, but I love how Chinatown has held onto it.” he says. “It makes you feel nostalgic.”

Machines for Living is on at the Mira Godard Gallery from March 30 until April 20.