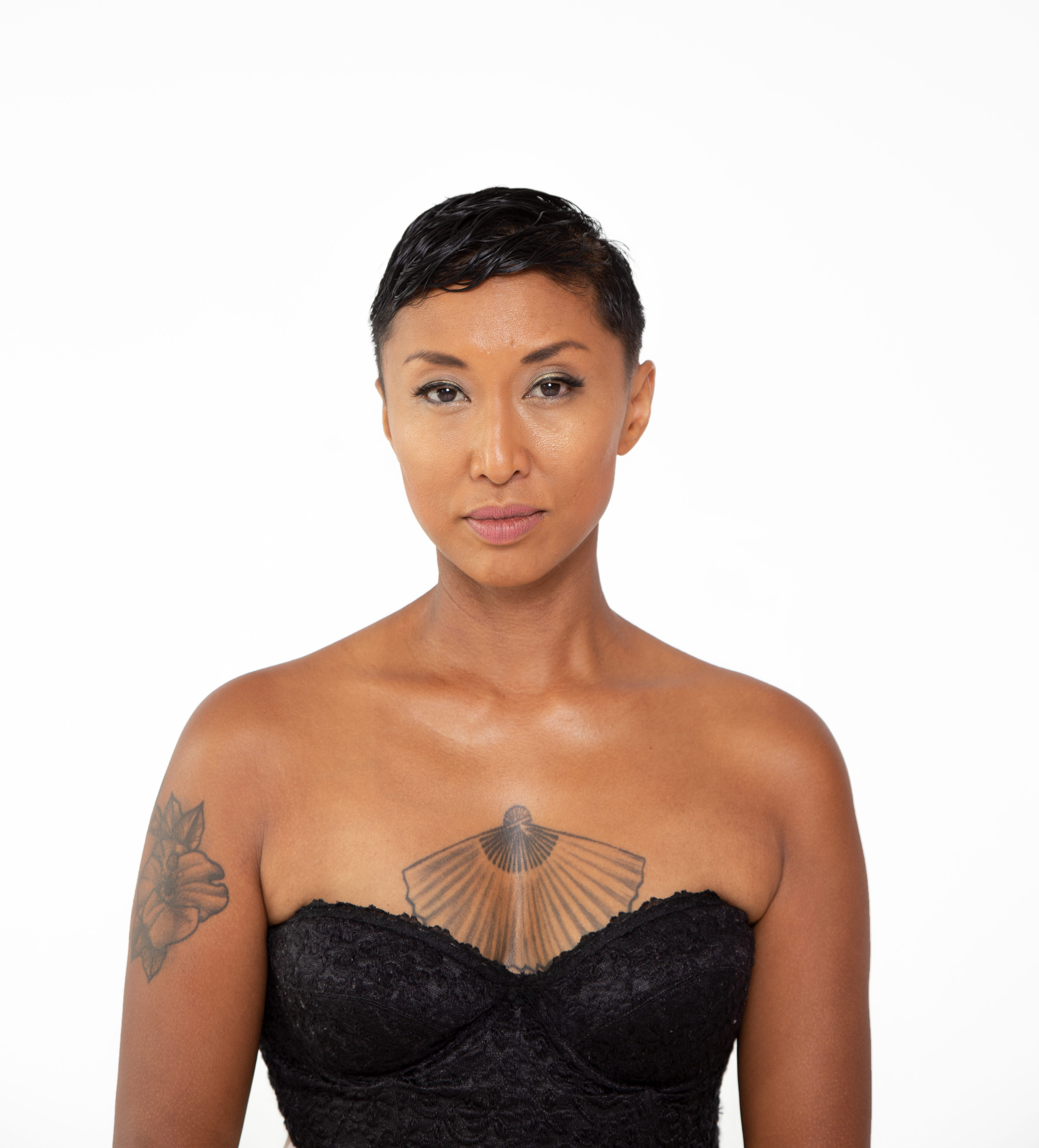 Twenty years ago, Catherine Hernandez was a single mother, barely able to put food on the table and running a home daycare so she could earn a living while caring for her kid. Trying times, but within the struggle she found support and community that formed the basis for her 2015 novel, Scarborough, which scooped up a whackload of writing awards and offered up a different version of Toronto’s frequently maligned burb. Two years ago, Hernandez teamed up with Compy Films to make the movie version; she wrote the screenplay and it was directed by Shasha Nakhai and Rich Williamson. Of course, the project almost didn’t happen thanks to Covid. “There was definitely a time when we thought it was over,” says Hernandez of the movie, which premiered at the TIFF Bell Lightbox last week (and screens there again tomorrow). Here, she tells Toronto Life about how to write tragedy that feels triumphant, the trouble with hipsterification, and why Scarborough’s moment in the spotlight is long overdue.

Before Scarborough was a movie, it was a novel based on your own life experience. What inspired it?
The story is about a community doing its best to survive against a system that is set up to fail them. After spending a few years living and working in Toronto, I moved back to Scarborough in 2010. It wasn’t by choice. I had a young daughter, and I was pretty much living hand to mouth. I started a home daycare because I figured it was the best way to earn a living while parenting my child. I had a bunch of kids, and often we would go around to the different government-funded literacy centres and play centres. The directors of these programs worked so hard to form connections and create safe spaces for the parents and children who came. I set my novel in one of these centres because it was a good place for the young characters to interact, and also a way to pay tribute to these workers who are so devoted even though a new government can come in with different priorities and suddenly their job might be gone. It’s this precariousness that affects the whole community.

You’ve argued that Scarborough is a community with the odds stacked against it. How so?
For so long Scarborough has been an afterthought, based largely on the race and class of the people who live there. We have not been a priority, and you can see that with the state of our roads, our schools, our lack of transit. And still there is so much resilience within the community. In terms of childcare, you have these people in offices with their social work degree, making decisions that show zero understanding of the community and what it needs. I remember when I was running my daycare there was this one program in the middle of the afternoon that was set up just for dads—we were turned away because the program was supposed to “empower dads.” The program failed to take into account that most dads in the neighbourhood work during the day, while there are so many single moms caring for kids. In the movie, Marie is an Indigenous mother trying to get an autism spectrum disorder diagnosis for her young son and is basically told not to bother by a medical practitioner because what would she be able to do about it? These are very real prejudices that Indigenous parents face.

On the flip side, you have some less sympathetic characters like Cory, an abusive, racist father. How are audiences supposed to feel about him?
I try not to think about the reaction my audience is supposed to have, but I approach all characters, even difficult characters, with a great amount of love and compassion—otherwise they end up being two-dimensional. So with Cory, he may do horrible things, but he is also trying to be a father in extremely difficult circumstances. There are moments where you see him helping his young daughter, Laura, with her snowman art project. And then his temper gets the best of him. You see how quickly things can change in an abusive household.

Scarborough is tragic and sometimes hard to watch, but it’s also heartwarming and funny. Was that balance hard to achieve in the novel and screenplay?
The way you achieve balance is by writing what’s real. That’s the way it is here: the laughs feel painful and the sadness is full of joy. Within so much hardship and pain, there are triumphs and real moments of joy. The three main characters form bonds at the community centre, even while they are navigating horrible things like housing insecurity, hunger and abuse. And then there are definitely some laughs that Scarborough people will appreciate: during an exchange between two kids, Sylvie and Cindy, Sylvie says, “My mom says I’m not allowed to talk to you because you have a puppy mill in your house.” And then Cindy responds, “Well, tell your mom at least I have a house.” It’s a shady kind of thing to say in Scarborough that we would find funny even though it’s a joke about homelessness—someone who has to make this difficult choice to have a puppy mill in order to make money.

What about the scene where some older ladies are eating in a hipster restaurant and they freak out when they get served a “deconstructed double”?
That scene is about how frustrating it is when someone opens up some artisanal, bespoke something-or-other café. Suddenly certain people live here who don’t understand the magic of community, and suddenly we’re seen as the bothersome folks. “Deconstructed” is one of those terms I really can’t stand in the gastronomic world because what it means is basically a mess on a plate.

One of the characters said it looked like “goat shit.”
Ha. Right. That line was actually improvised. We shot the film like a documentary, so I wanted the dialogue to feel natural. I think restaurants are the first sign of gentrification. When suddenly there is food that doesn’t make a whole lot of sense—you don’t feel full, you feel like you’ve overpaid—that’s when you know that the rent is going to go up. Already we have this mass exodus of people, especially artists who can’t stay here because of rising rent. There is a point where most likely I will be priced out of the house that we are renting here in Scarborough. That will be a very sad day. I have lived here for most of my life, since I was 10.

Would that 10-year-old have ever believed that you would have a movie screening at TIFF?
Well, what’s really funny is that when I was younger, I was an usher at the Elgin Theatre during TIFF. I remember seeing the throngs of people and seeing Roberto Benigni and thinking, Oh, this is really fancy. This is not for a Scarborough girl like me. If I was to travel back to that moment, I’d say, “Don’t worry, you’re going to make more than $6.25 an hour.” I swear to you, it was yesterday when I was running a daycare, walking through a snowstorm with one child strapped to my back, one on a sled and two on each arm, unsure of where my next meal was coming from.

At TIFF, you have audiences who have probably never heard of Scarborough. What has that reaction been like?
The name of the film is specific, but it’s actually a universal story about who gets left behind and why. From what I gather, there are Scarboroughs all over the world. People are always able to identify what pockets of their cities are forgotten. And it’s funny, because if leaders are able to identify the areas, why are they forgotten? These are all questions that we’re asking ourselves, especially during Covid.

Speaking of Covid, you had almost finished filming back in March of 2020 when the pandemic hit. What was that like?
There was definitely a time when we thought it might be over. We only had five days of shooting left when we had to shut down. The problem was that so many of our main cast members are children, so if we picked up shooting later, they’d look way older. During lockdown we talked about maybe rewriting the end so that it could be the kids looking back when they’re older. I was willing to do anything to keep the project alive. Then case numbers went down and we were lucky to go back. When we found out we got into TIFF, it was a race to the finish line. Every post-production house was booked solid because everyone was scrambling. It is really a miracle that the project was completed.

I’m sure there are more important things to talk about, but your dress at the premiere was gorgeous.
Ha! Thank you. Because I’m Filipina, I wanted something with big butterfly sleeves. It was a rental. Since January 2019, I have not bought anything new that’s not from an Indigenous- or Black-owned company, other than underwear, socks and shoes. It has given me a lot of joy, trying to lessen my carbon footprint, not doing fast-fashion and encouraging people to buy used items. Scarborough is actually home to one of the best thrift stores ever, National Thrift, which is where I got my shoes for the premiere.

Did you do anything to celebrate after the premiere?
We had a gathering at La Cantina. It was a celebration of the TIFF premiere, but also because we received distributorship with LevelFilms, which is super exciting. From what I know, most movies at the film festival don’t get distribution. We celebrated with a lot of tacos and drinks. We were so thrilled. I’m not a drinker, I’m a total lightweight, but the next day I said to my partner, “I feel like I’m hung over, like a joy hangover.” Maybe I’m dehydrated because I’m crying so much. I don’t know if this will all sink in for a while, but I’m not complaining.