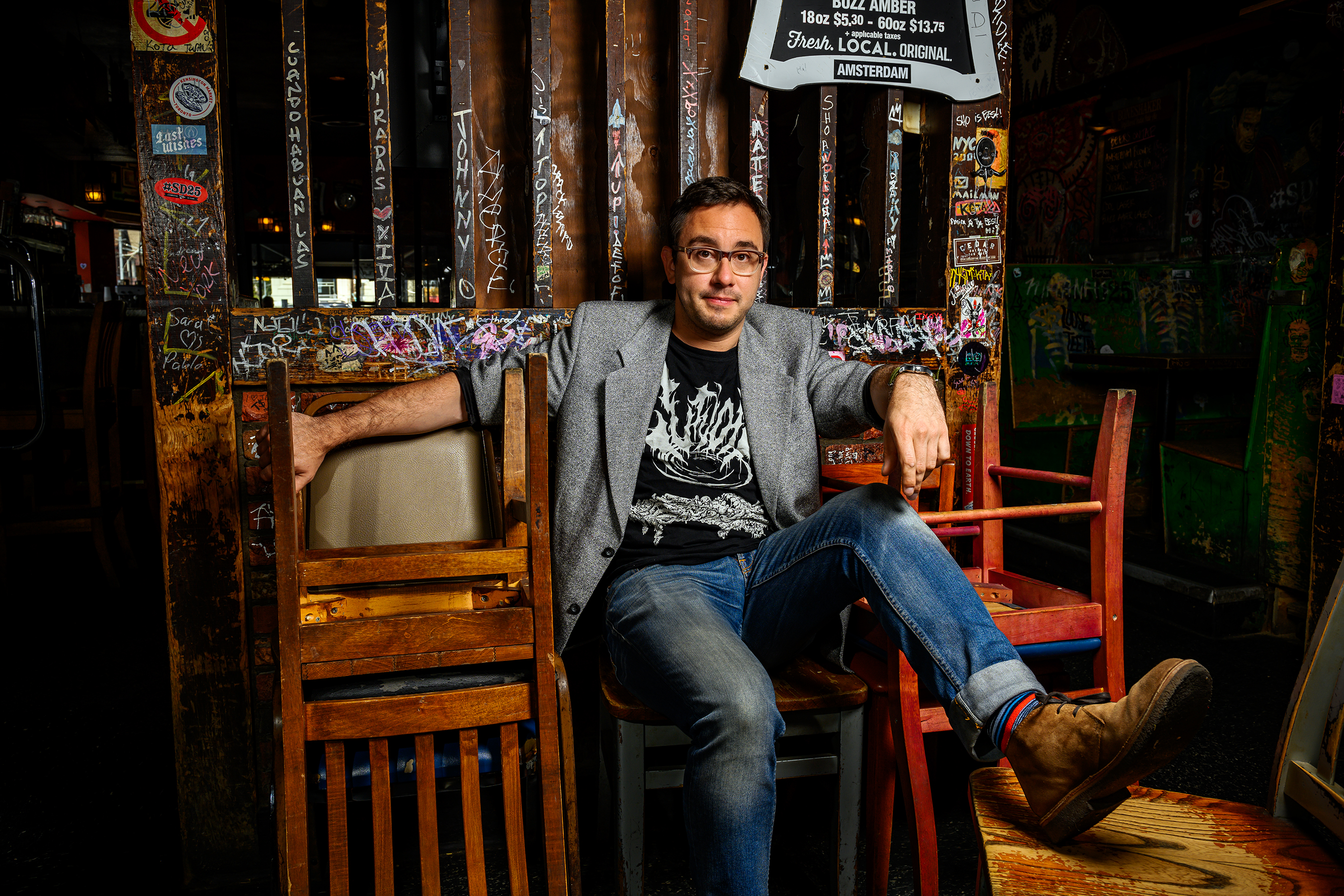 The music industry was one of the hardest-hit by the Covid pandemic. After a year and a half of lockdown restrictions, live music is back. Tokyo Police Club, the Newmarket-based rock group, was able to return to the stage in mid-August after 18 months off. The group, which will hit the road for a U.S. bar tour next month, also recently announced three shows in Toronto in October at Lee’s Palace. We spoke to guitarist and keyboardist Graham Wright about getting back on the road, how he spent his time off, and how he’s feeling about the group’s upcoming U.S. bar tour.

—As told to Rebecca Tucker.

“Tokyo Police Club has been a band for around 15 years—we all went to high school together, and our first record came out in 2006. When the pandemic hit, it was an easier shift for me than for a lot of my friends because I’ve always had to figure out what to do with myself between tours. I live alone, so I try to create as much as I can, whether that’s songwriting or dabbling in scriptwriting. The rest of the time, I just bounce around online, like we all do. Plus, we’re a self-managed band now, so there are always emails to be sent or merch to be shipped. The older we got, the more time we were home and the less time we were on the road, so I had to learn how to not lose my mind with nothing to do when I was 22. When the lockdowns first happened, it just felt like a longer break between tours.

“During the pandemic, I started writing a kids’ book about an 11-year-old girl who goes on an Indiana Jones–style adventure, and I recorded my second solo album. I actually wanted this kind of long runway—I was looking for six or seven uninterrupted months where I could just work on my own projects. I feel a little bit like I made a wish on a monkey’s paw: I wanted some time off, and I got a pandemic.

“We had to cancel some tour dates that were meant to happen in April of 2020, and we postponed our European tour, which was set for December of 2020, to September and October of this year. Then we cancelled those, too. In our 15 years as a band, we’d only ever cancelled a handful of shows, and then all of a sudden, we had to cancel everything. But because everyone else was in the same boat, it didn’t feel so crushing: this was just what had to be done. It was disappointing, sure, but I always had faith that we would come back. The pandemic wasn’t going to kill the band forever.

“Our first show back, at Cityview Drive-In, was originally scheduled for May of 2021. Then we postponed it a couple months because of the fourth wave. On August 12 and 13, we actually, finally, got back on stage at the Cityview. I always thought that, during the first show we played back, I would fall on my knees and just, you know, experience holy catharsis. But there was no time to bask: you’re just up there to do the work. While it wasn’t cathartic, it was deeply pleasing—it was like, Oh, this is what I do, and I haven’t had the chance to do the thing that I do in many, many months. During the 18 months I was offstage, I didn’t feel the loss of being onstage. But as soon as it came back, I felt the presence of it.

“I was also immediately annoyed by it. I had forgotten about things like rushing around with cables, packing up when you’re finished playing, sweating in direct sunlight during soundcheck. I’m sure everyone has experienced a similar feeling one way or another, whether it’s going back to crowded bars or going back to the office, where you’re immediately reminded of stupid little things you used to hate, but you love to hate them. It’s sort of like George Bailey coming back to reality in It’s A Wonderful Life, and the loose newel post on the staircase, which he hates, is still there. And he’s just so happy to have that horrible little thing annoying him again.

“The audience was great: there was the requisite cheering, singing and dancing along. But the show at the drive-in was pretty unusual as far as rock gigs go. It’s weird. All of the band members and all the people in the audience are so eager for things to go well, and so happy to be back, that everyone is sort of reaching over the weirdness to create a positive atmosphere. You can find a positive vibe anywhere if people are willing to get on the same page. And people are super-willing to get on the same page right now.

“We played Ottawa Bluesfest last weekend, where I finally got the catharsis I was looking for. It was almost normal: we were playing on a stage to a crowd of people instead of a bunch of cars. And it rained the whole time, which sort of overtook Covid as the primary source of anxiety, which is a pretty normal outdoor-show concern. At one point before our set, I wandered out into the audience. As I was out there, the skies cleared, and I could hear another band’s music just floating over the crowd. And in that moment, I did have a feeling of being back in my zone: it was finally a sense of, Okay! We’re back!

“It was a pretty big field. I don’t know what the count was, but it looked like thousands. It was like a proper rock show. It was so arresting. We started to play our song “Argentina,” and I got so emotional. It swelled up within me how beautiful it is to play on stage at all, and how lucky we are to come back and do it again after so much time. And for a second I was feeling that the holy light of eternity was on me—and then, of course, I instantly screwed up a lyric.

“This fall, we’re going on a tour of the States, which will involves playing inside at bars and clubs—real indoor venues. We know that it can still be horrifically derailed if someone gets sick at one of our shows, but there’s only so much we can do before it becomes a matter of trust. We could try to say that you can only come if you’ve been vaccinated, but some states won’t let you do that. And I think that everyone knows by now that getting a negative Covid test within 72 hours of an event isn’t exactly a guarantee. The more people you pile into these shows, and the more shows you play, the higher the chances that something will go wrong. I don’t think people will come with fake vaccination receipts, or do anything mendacious, but the entire thing could come tumbling down very quickly.

“I’m vaccinated, I’m in a good cohort. But there’s all the people in the crowd, and all the people that the people in the crowd hang out with. And it could affect other tours, and the ability of other bands to get out there and make money. This is our job. And this is a lot of people’s jobs. I think probably, in a vacuum, the easiest thing to do would be just to press a big button and be like, “Nobody’s doing any gigs or tours until next year.” But that’s not the world we live in. Everyone’s sick of waiting: fans are sick of waiting, bands are sick of waiting, venues are on razor’s edge to pay the rent every month. And, ultimately, we wouldn’t be doing this if we felt like it was a foolhardy endeavour. To be honest, I don’t think there’s any way for me to really prepare for it. I’m just going to have to get in the van, and see how it runs.”