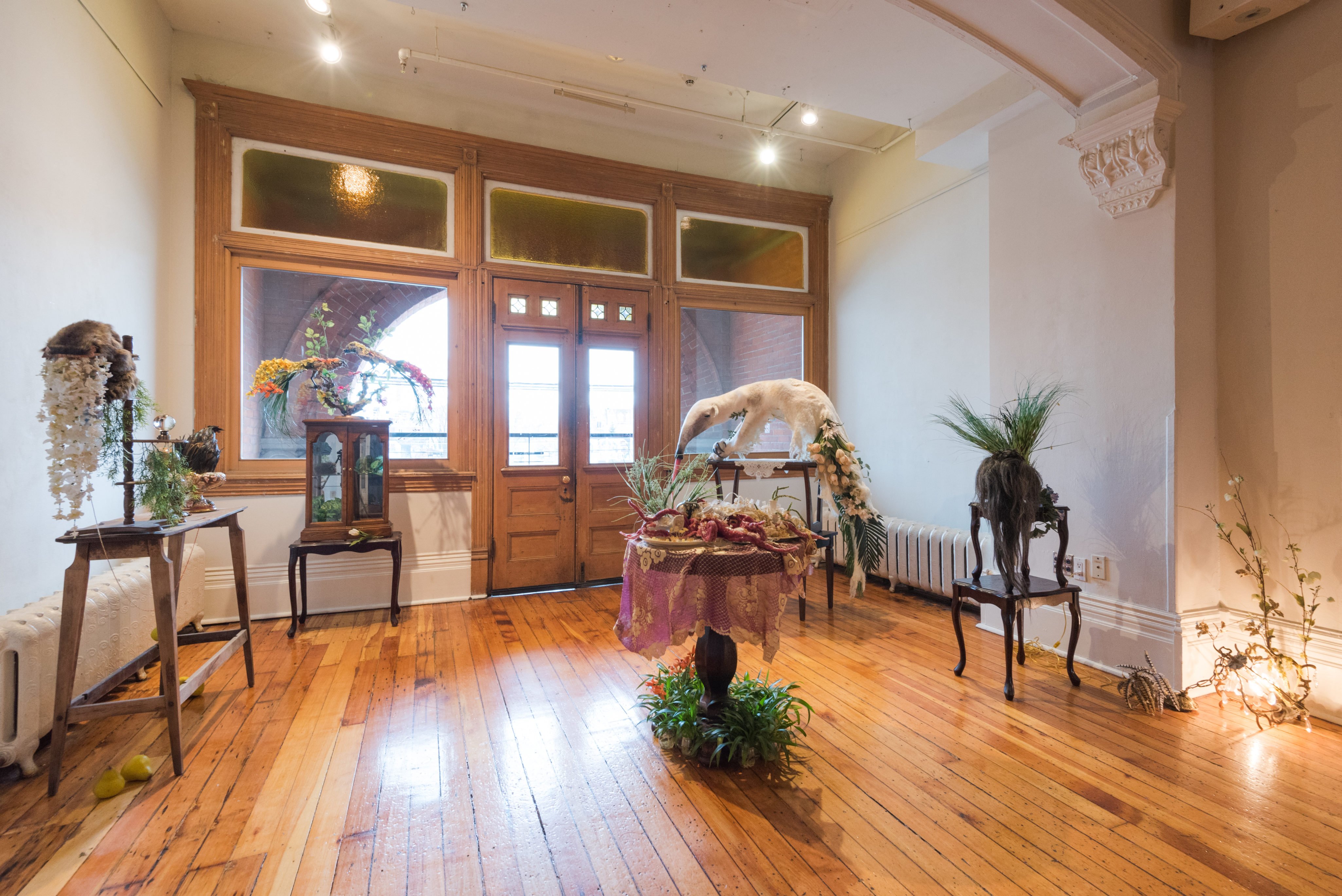 During Grow Op, artists stuff the rooms and halls of the Gladstone Hotel with plant life and enviro-themed contemporary art. The sixth annual festival, on display until April 22, is themed “After the Flood” and features more than 30 installations that contemplate the effects of cataclysmic events and humanity’s ever-expanding footprint on the planet. Here, some of our favourite works from the apocalyptic exhibition. 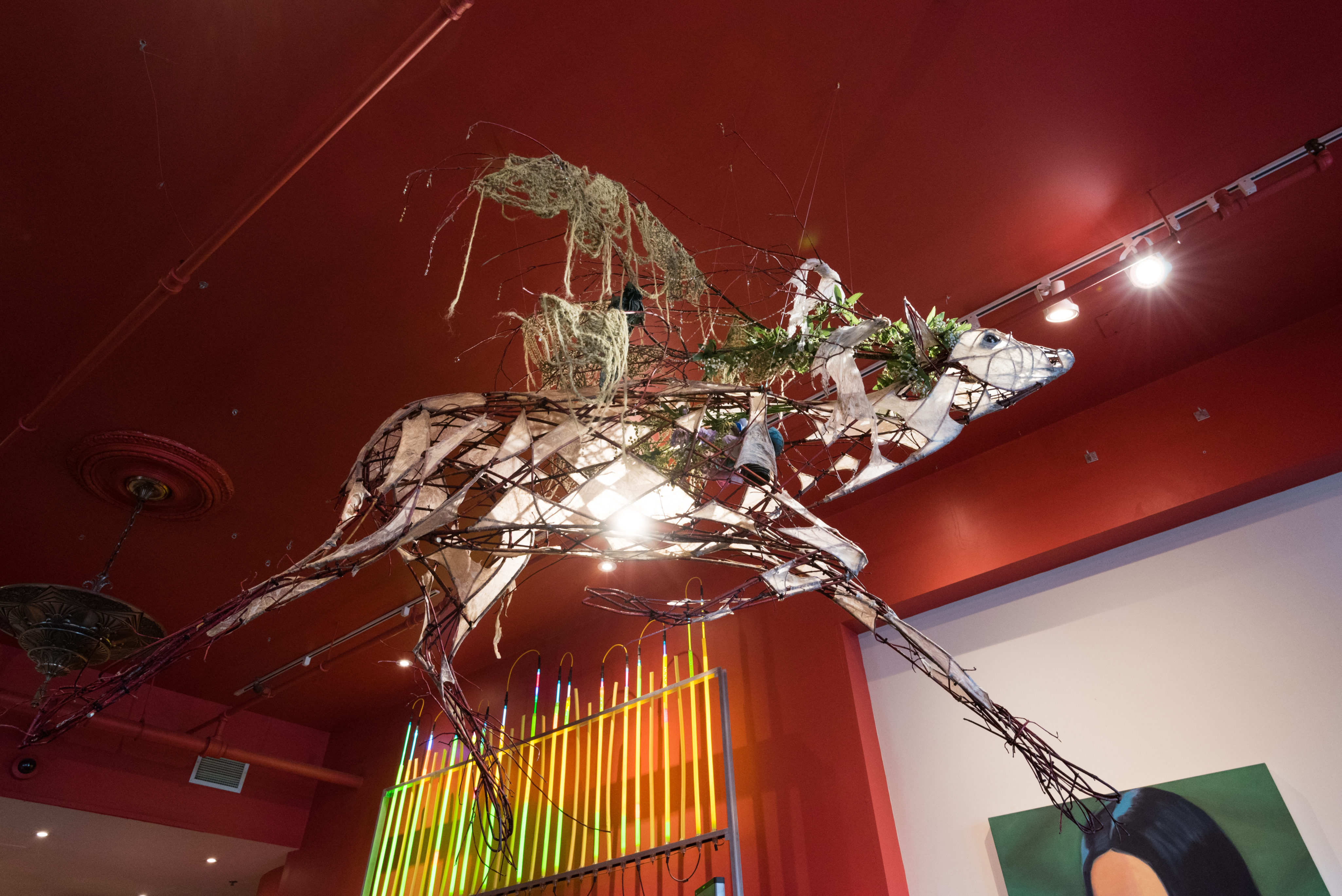 The World Is Bound by Secret Knots

Emily Jan
Jan fashions faux-creatures out of found objects and cast materials like resin. The frame of this hanging elk is made from dogwood she scavenged on the Toronto Islands, while an anteater, also on display, is crafted from spun wool and rattan palms. Her works emphasize the kinship between all living things; she intends to blur the line between flora and fauna with pieces like these. 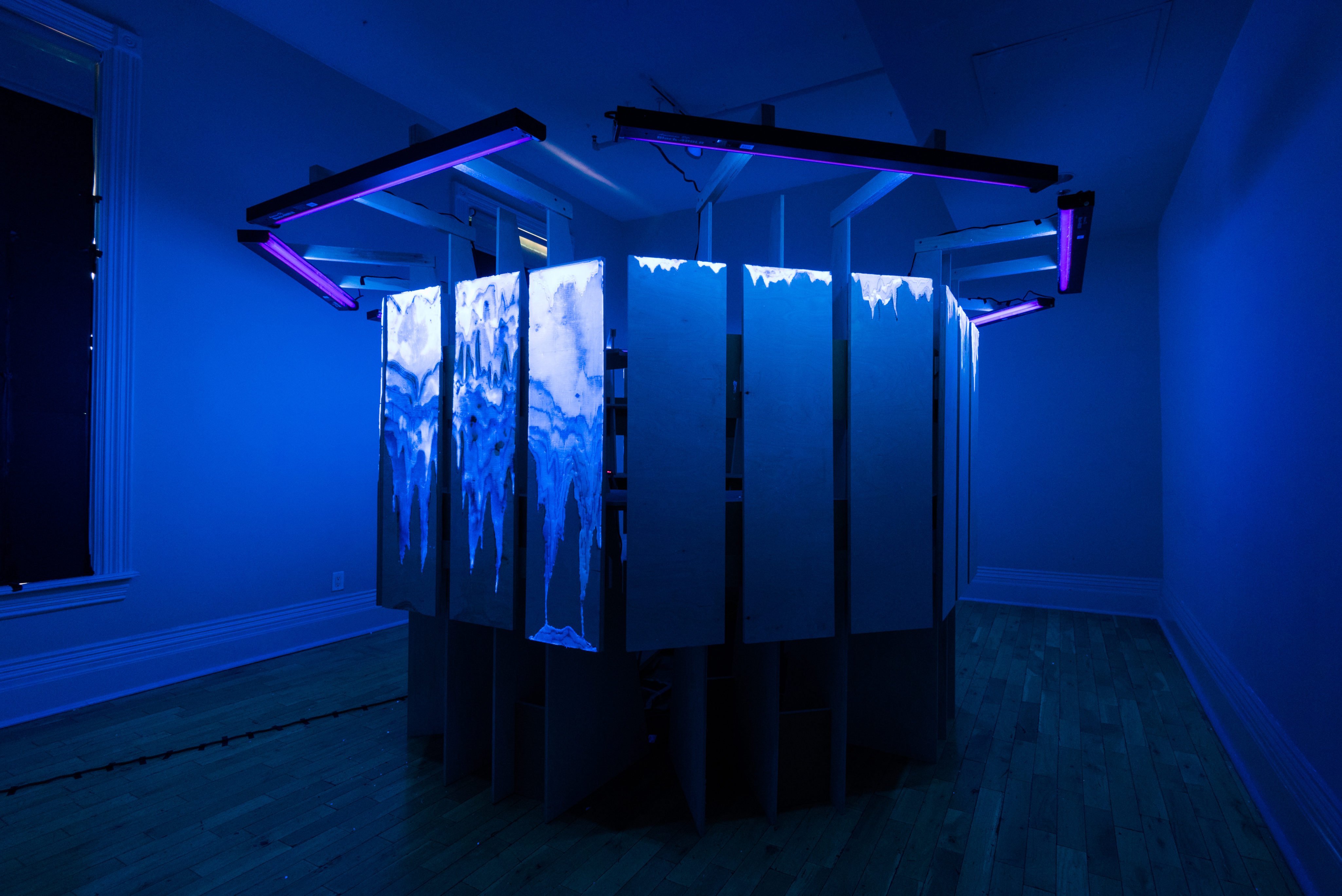 [R]ed[U]x Lab
Inspired by the Scarborough Bluffs, four Ryerson students created this series of panels, which emulate bedrock erosion and chart the effects of glacial movement and precipitation over 14,000 years. They used a chemical mixture of isomalt (a sugar substitute) and tonic water, which glows under a black light. 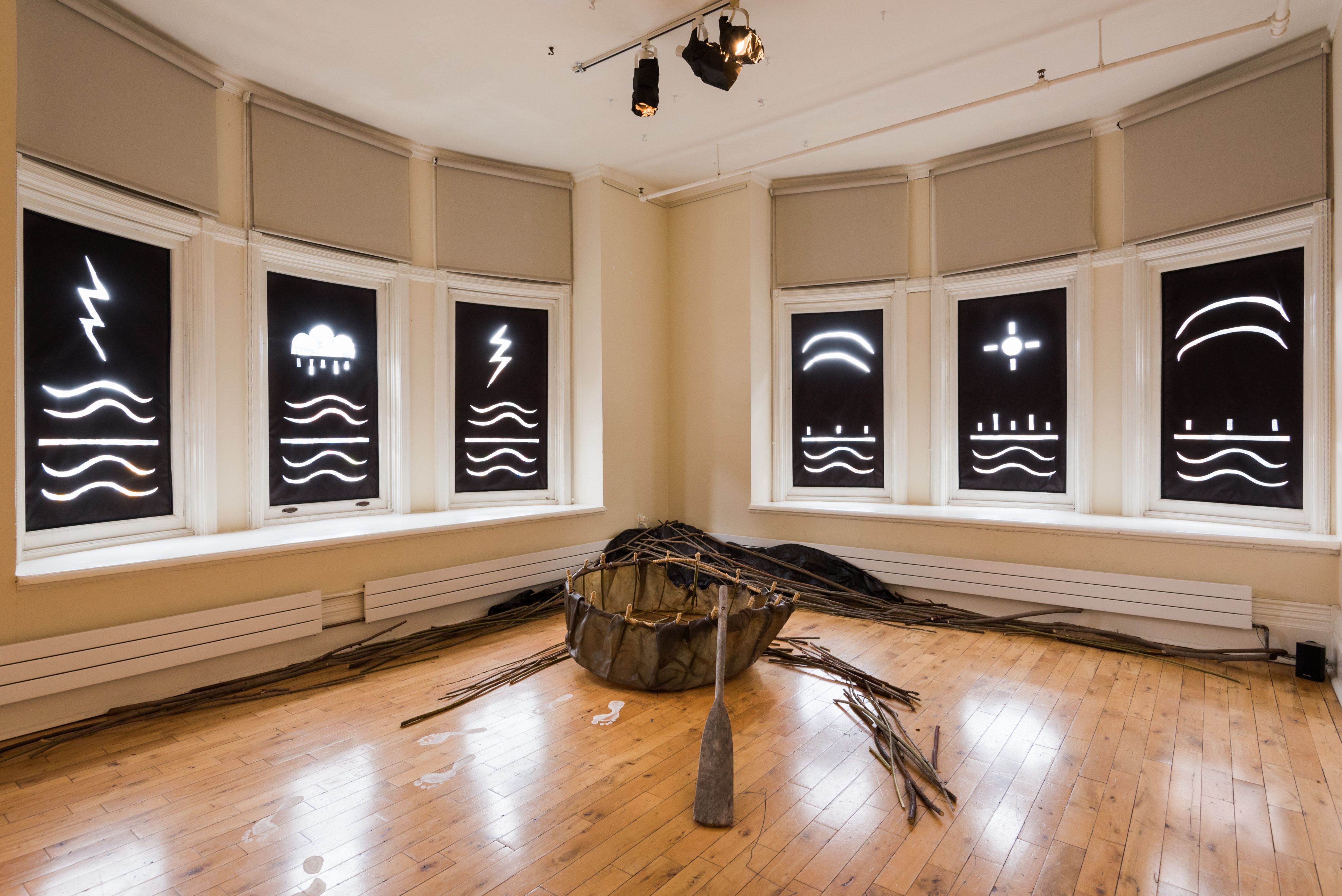 Adrian Stimson
A member of the Siskisa (Blackfoot) Nation, Stimson explores creation stories with this installation. The centrepiece is a bull boat, a durable vessel traditionally made from bison rawhide that was used to transport material across North America’s lakes and rivers. 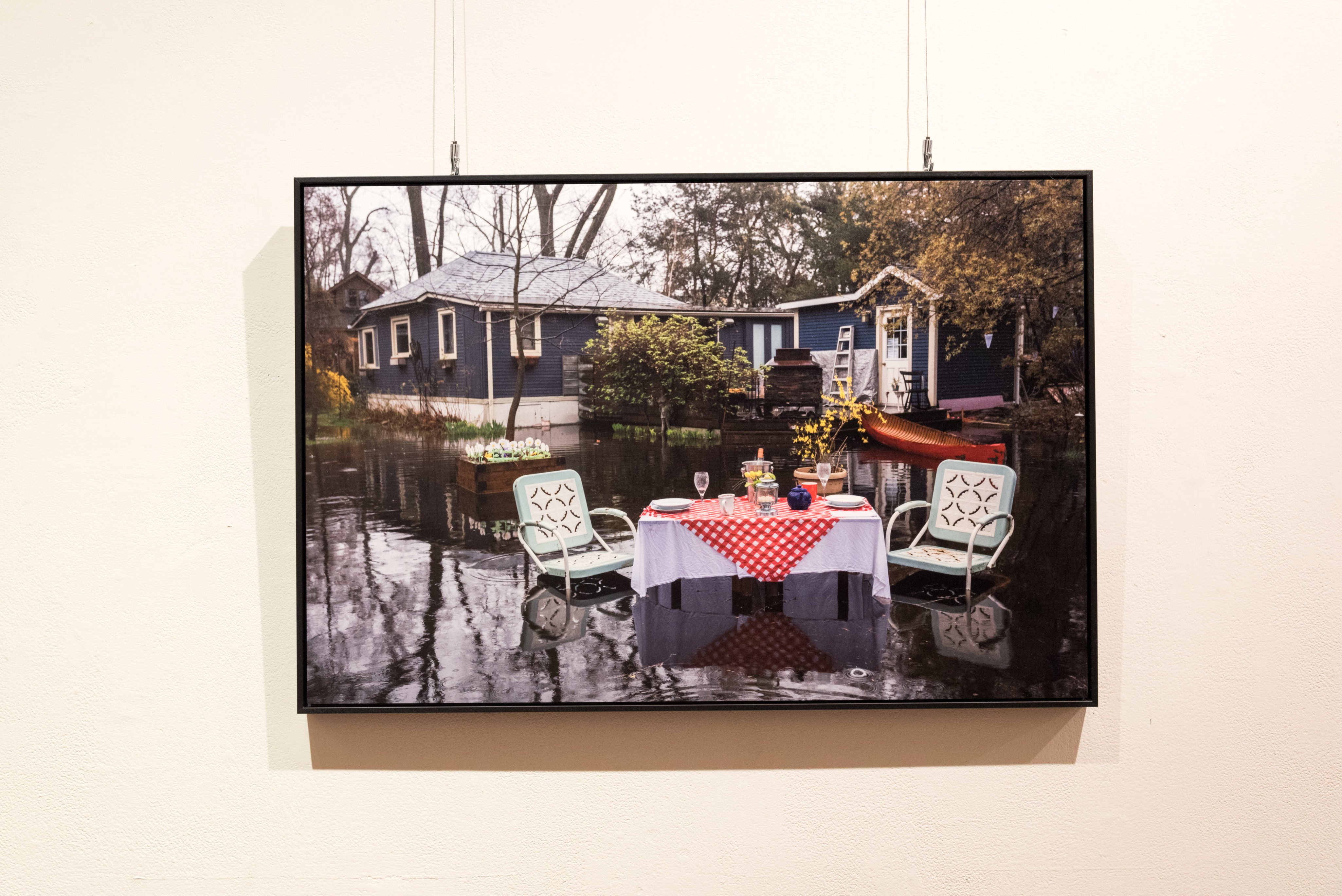 Sean Tamblyn
Tamblyn, a Toronto Islands resident, photographed the 2017 flood that left more than half of the Islands underwater and plunged his 800-odd neighbours’ lives into a world of unpredictable absurdity. The images capture beautiful scenes—like this picnic—in the chaos. 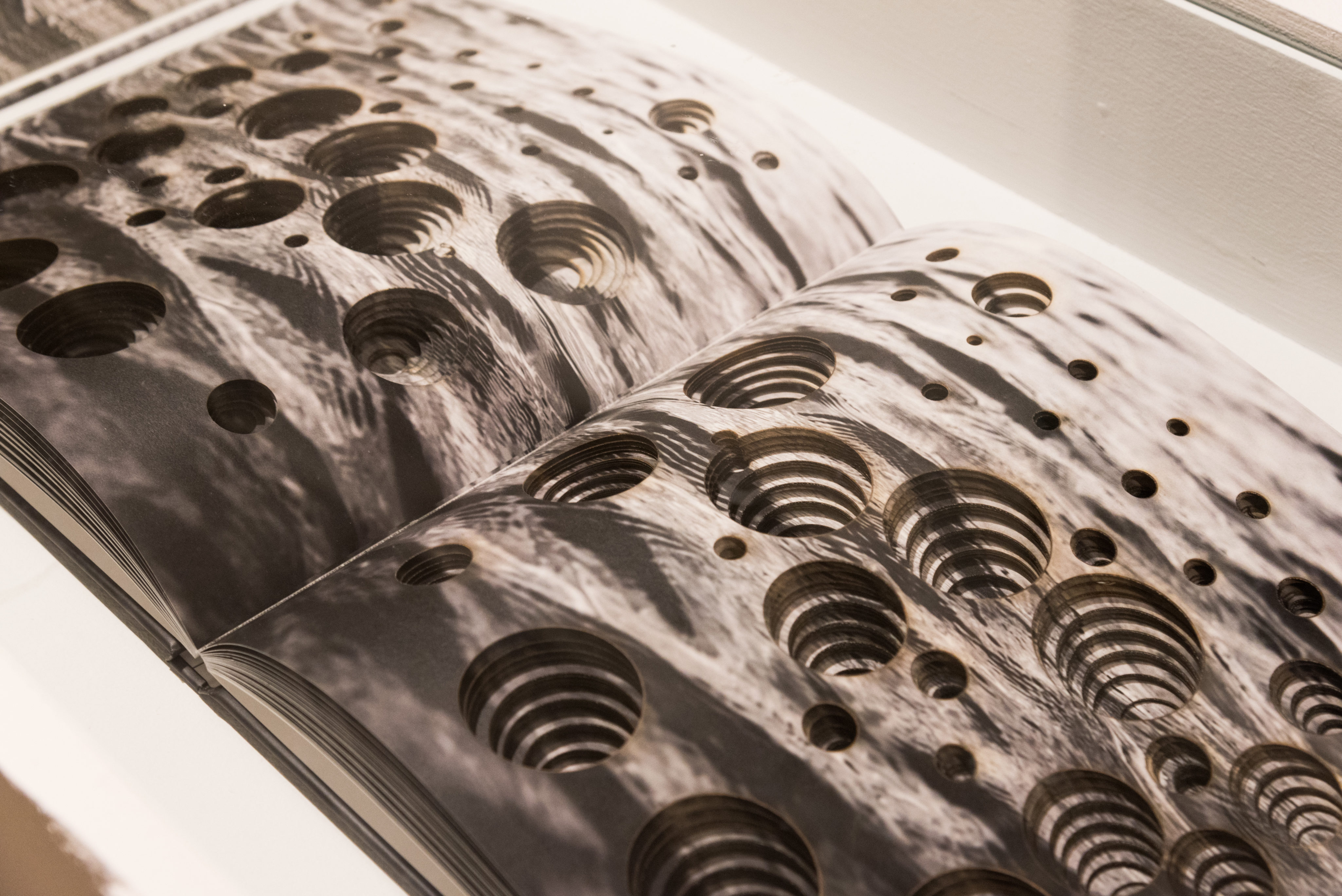 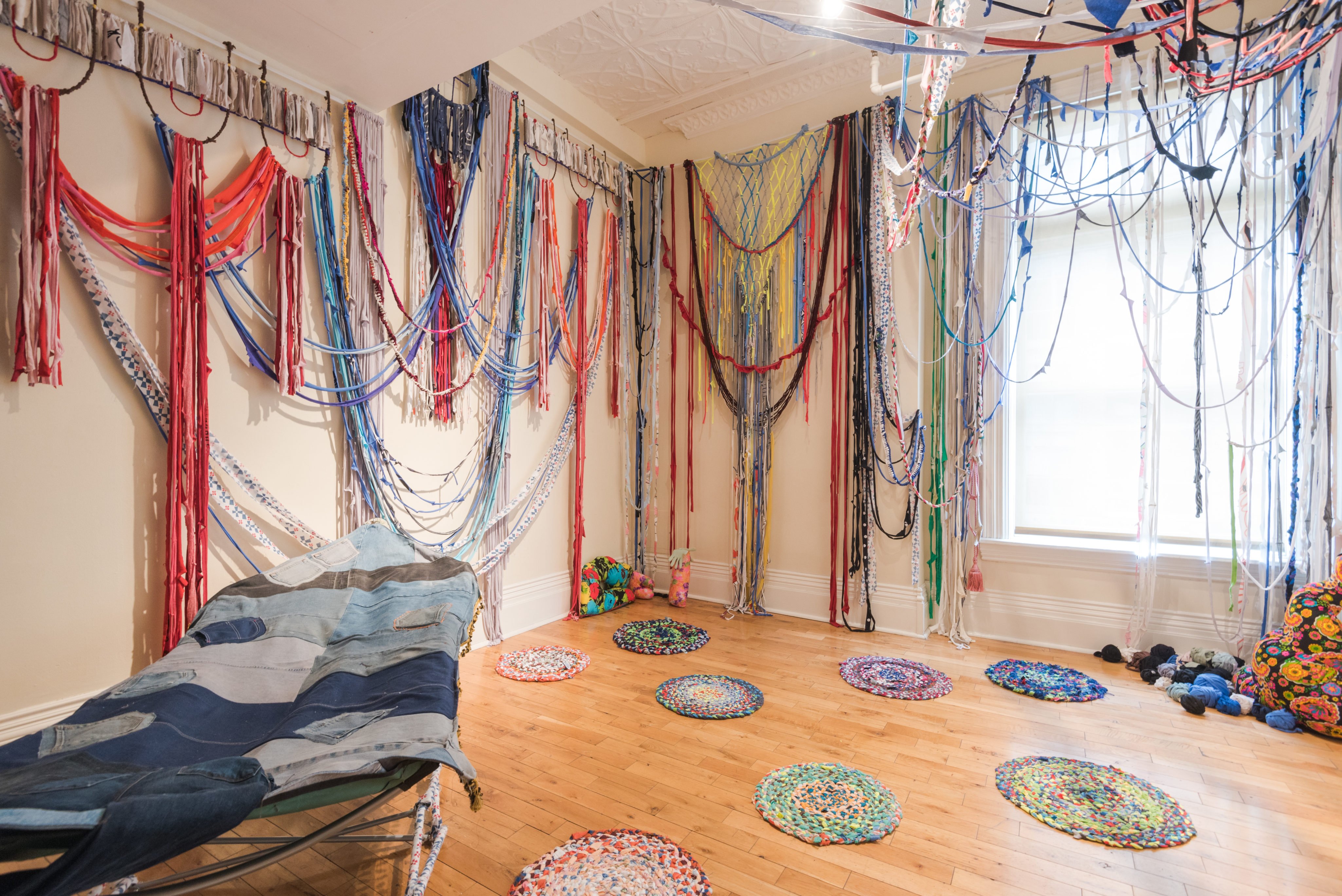 Crazy Dames (Nadia Galati, Jennie Suddick and Sara Udow)
Suddick, a visual artist, and Udow and Galati, both urban planners, crowdsourced clothing to create these hanging works, friendship bracelets and jean hammock. The piece centres on textile waste: 95 per cent of textiles are recyclable and yet they represent 10 percent of landfills, where they release methane gas as their dyes leech into soil and groundwater. 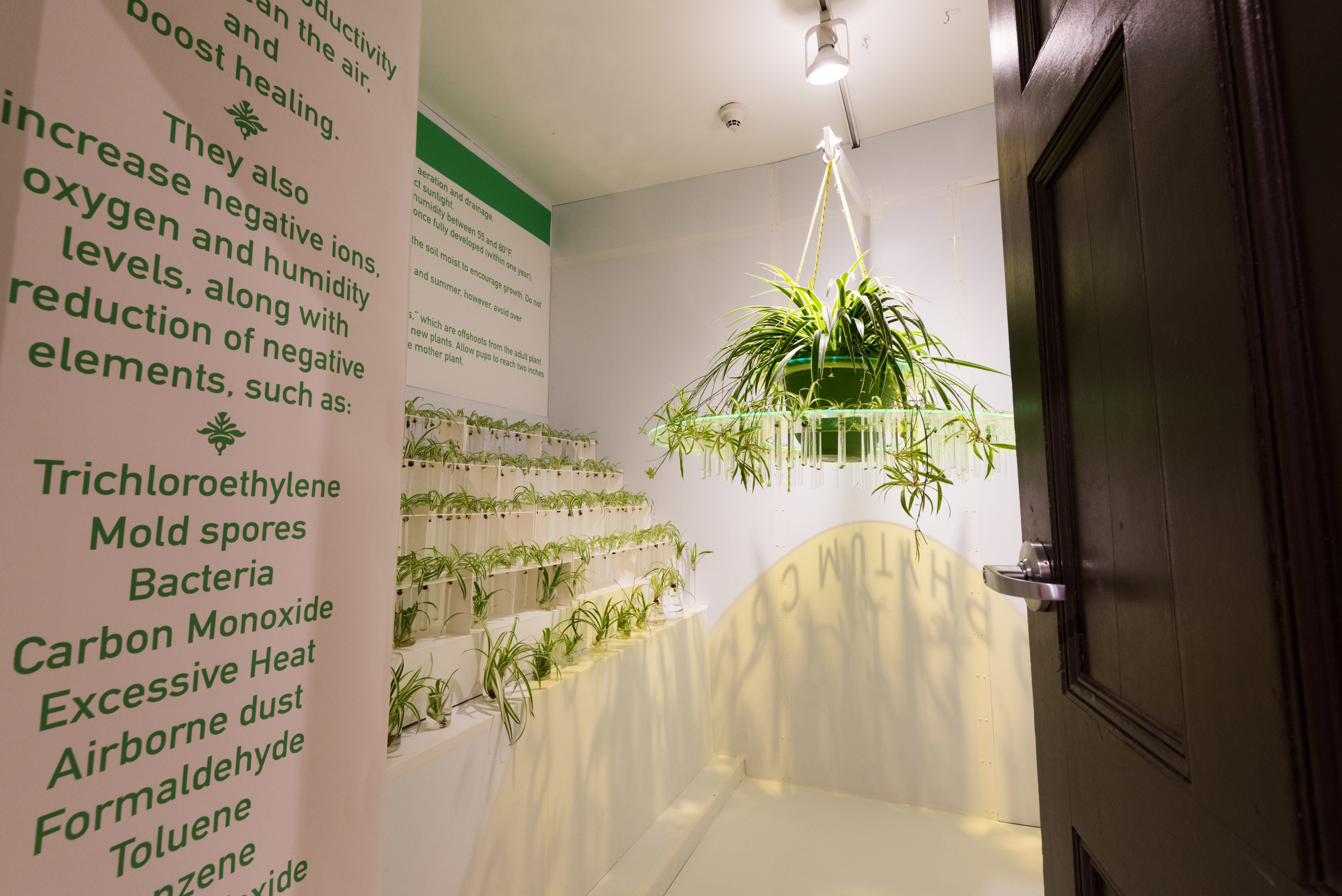 Eureka League (Doug Donald, Claire Ironside and Ruth Spitzer)
The “mother ship” spider plant, suspended prominently in this installation, dispenses younger plants for visitors to take home with them, along with instructions for proper care provided by the artists. The spider plant is an effective air filter, increasing oxygen and humidity levels. 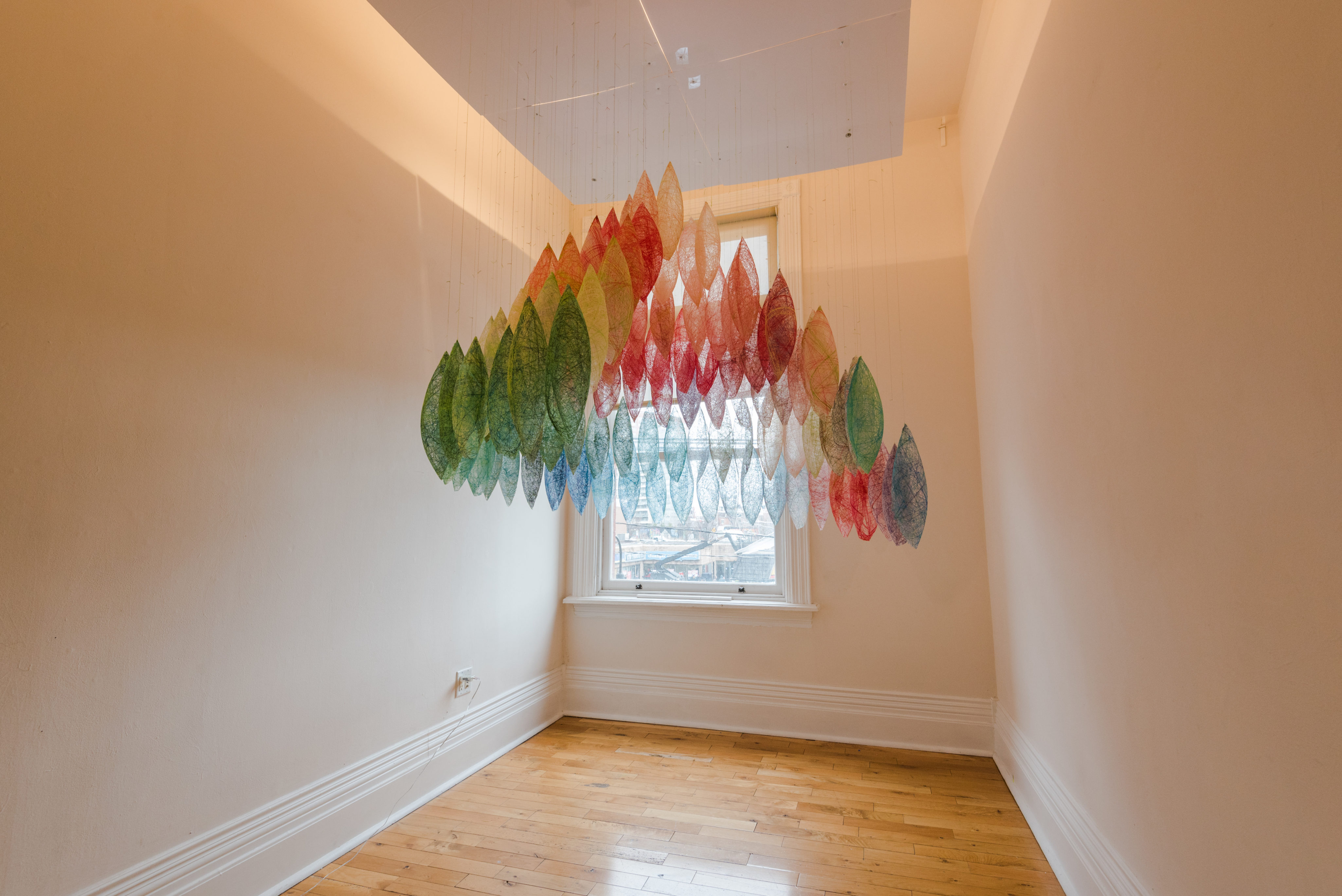 Hana P. Rotchild
Rotchild created these multi-coloured cocoons out of thread. The cocoons are meant to evoke moths drawn to a flame, as a parallel to the way humans’ repetitive behaviour often lead to destructive relationships with nature and others.