This street photographer thought his images were lost forever. Two decades later, they were discovered in an old barn

This street photographer thought his images were lost forever. Two decades later, they were discovered in an old barn

Throughout the 1990s, Christopher Porter travelled the world working as a lighting director for some of the era’s most renowned filmmakers. His true passion, however, was street photography: he meticulously documented the day-to-day lives of locals in the cities he visited—including Paris, Genoa, Istanbul, Casablanca, Marrakech, New York and Santa Clara—and accumulated thousands of negatives. With no time to process most of the film, he stored it away at his home in Lunenberg, Nova Scotia. Then, one day, the collection disappeared—dozens of boxes of photographs, entire chapters of his life abroad, suddenly gone.

For nearly two decades, Porter thought his work was lost forever. But two years ago, a neighbour renovating a dilapidated barn happened upon the missing negatives stashed inside. Urbania Part 1.5—the second exhibit from the six-part Urbania series—marks the first time any of Porter’s lost photographs have been shown outside of Lunenberg, featuring 20 images that showcase the intimate ways we fit into our cities. Here, he discusses some of his favourite photos from the collection. 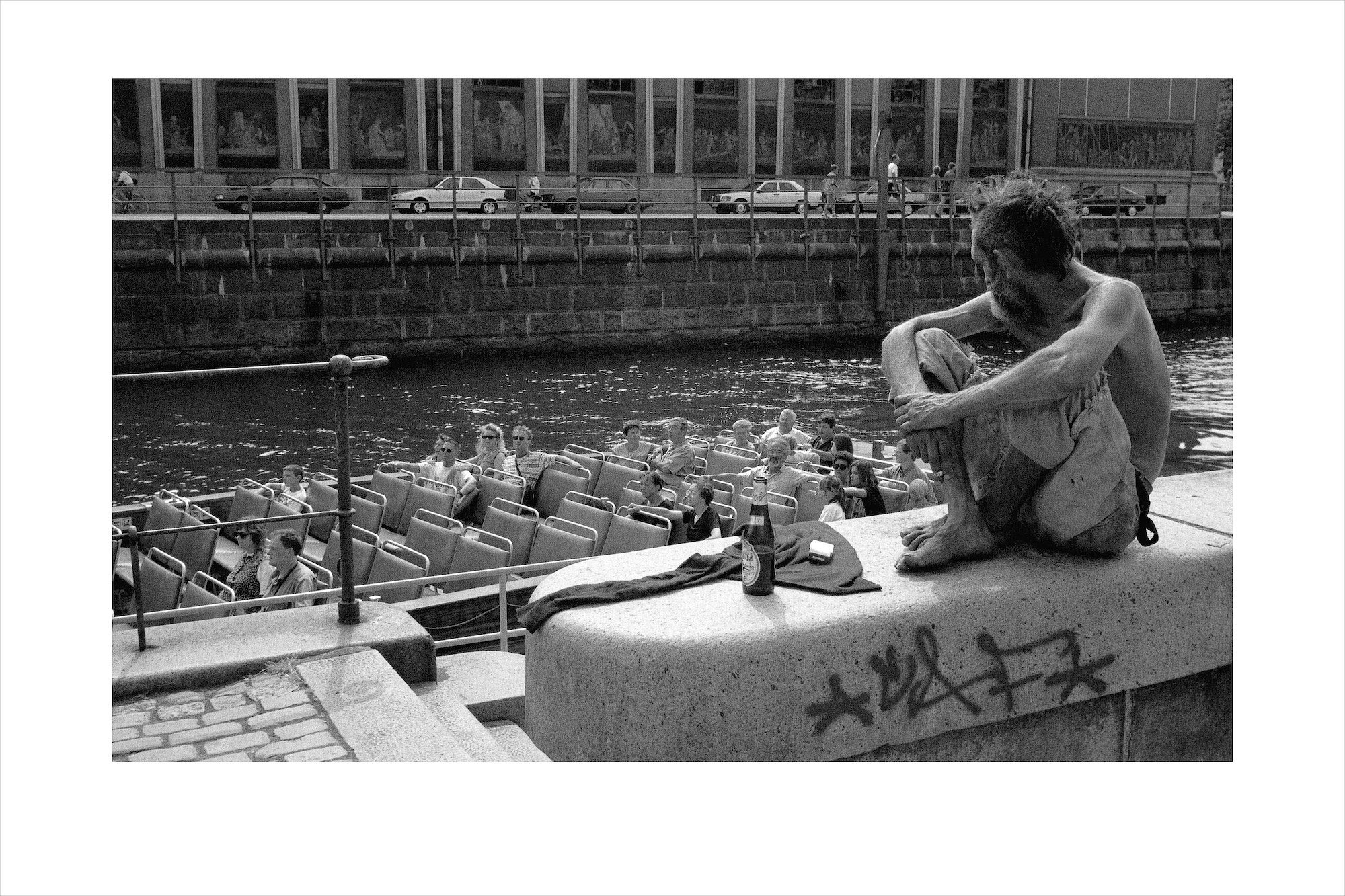 Porter was in Paris working on Wim Wenders’s 1991 film Until the End of the World, and took this shot of a homeless man eyeing a tourist boat on the Seine. “To me, it’s the people in the boat—the wealthy travellers—who look out of place,” he says. 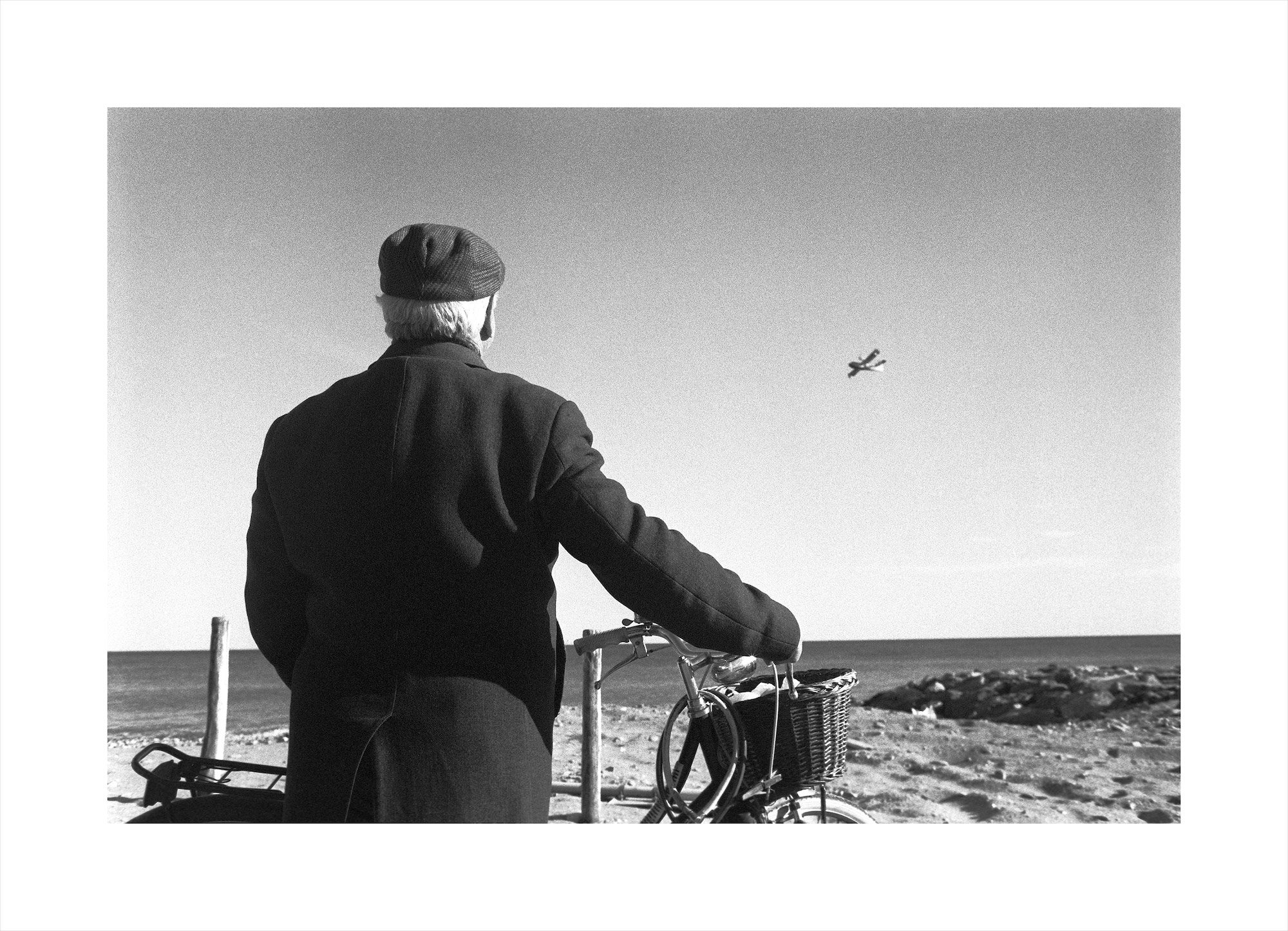 Over 20 years later, Porter is still amazed by the timing of this shot, taken in Genoa, Italy, just after he finished lighting 1995’s Beyond the Clouds. “A good image will make you create a little story in your head,” he says. “The way the old man looks up at the plane could mean so many different things.”

Porter works with a short 35mm lens, which means he often has to step right into the scenes he photographs. Here, he captured a group of Havana schoolboys in the midst of what looks like a drug deal. The boys faces are cropped out to preserve their anonymity.

This photograph, taken in Santa Clara, California, is an example of what Porter calls “the tacit agreement.” Though his subjects all start out as strangers, he says it often only takes a smile and a nod—regardless of a potential language barrier—for Porter to know whether someone is okay with him taking their photograph. Afterwards, he says they’ll share a laugh, maybe go for a beer. Some subjects became Porter’s friends for the duration of his stay in their city. 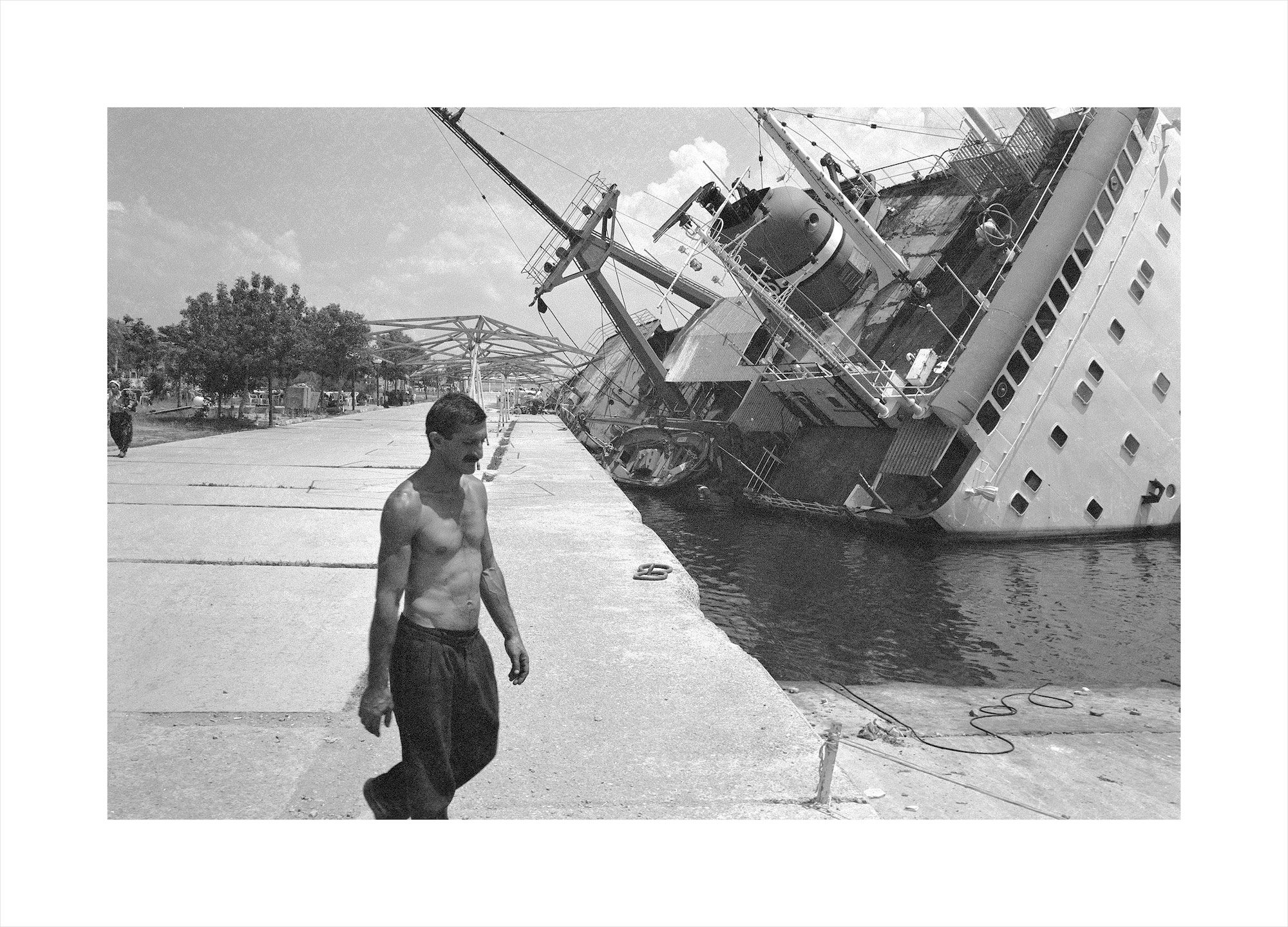 This photograph of a nearly capsized boat was taken along the Bosphorus strait on the outskirts of Istanbul the same day Porter arrived in the city. He remembers being struck during those first few hours in a new city by how nonplussed the locals always seemed.

Because he relies on natural light, Porter does most of his photography during “golden hours,” when the sun shines low in the sky. This photo was taken in a courtyard in Marrakech. “The woman was standing there, just taking in the sunlight, and she just seemed so content.” More than anything, Porter says Urbania captures the calm moments within the hustle and bustle of city life. 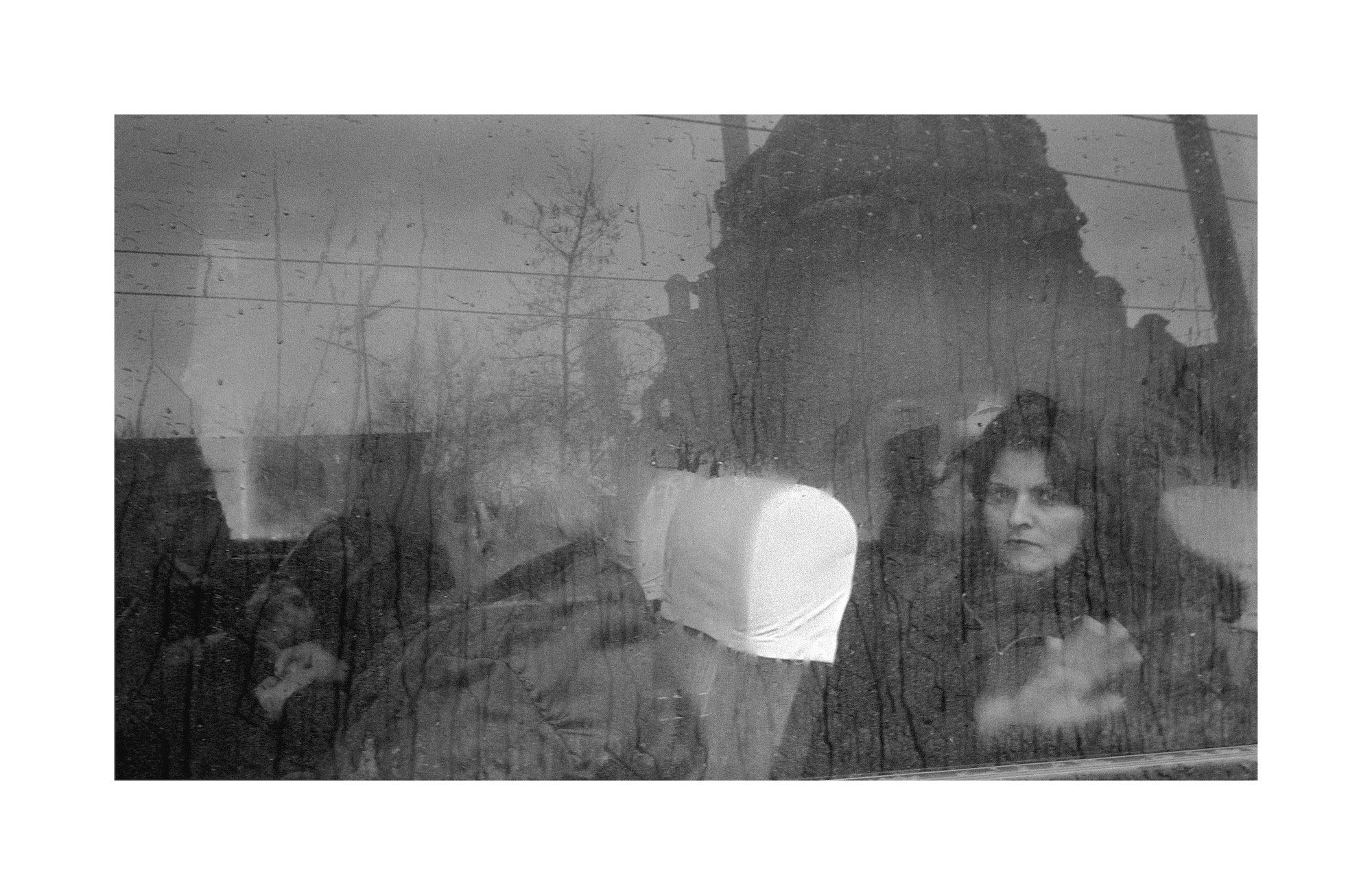 Porter calls this photo “Sophia.” It’s not named after the woman pictured, but instead after the Hagia Sophia cathedral of Istanbul, which appears in the reflection. Instead of aiming his camera at the historic monument behind him, he documented the faces of the city.

Urbania Part 1.5 is on display at the Ryerson School of Image Arts until March 30.