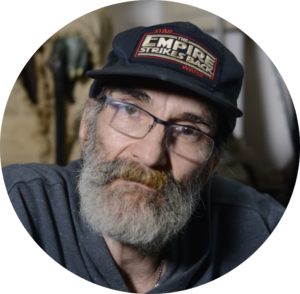 Star Wars superfans are a dedicated breed: they camp outside theatres to see every new flick, they own the original trilogy on Betamax, they can name every member of Chewbacca’s extended family. But few are as committed as Ken Chopee. The Oshawa resident has been collecting Star Wars memorabilia since he was 13, and his home is a shrine to the Force. As The Last Jedi blasts into theatres, we asked Chopee to show us the highlights of his collection. 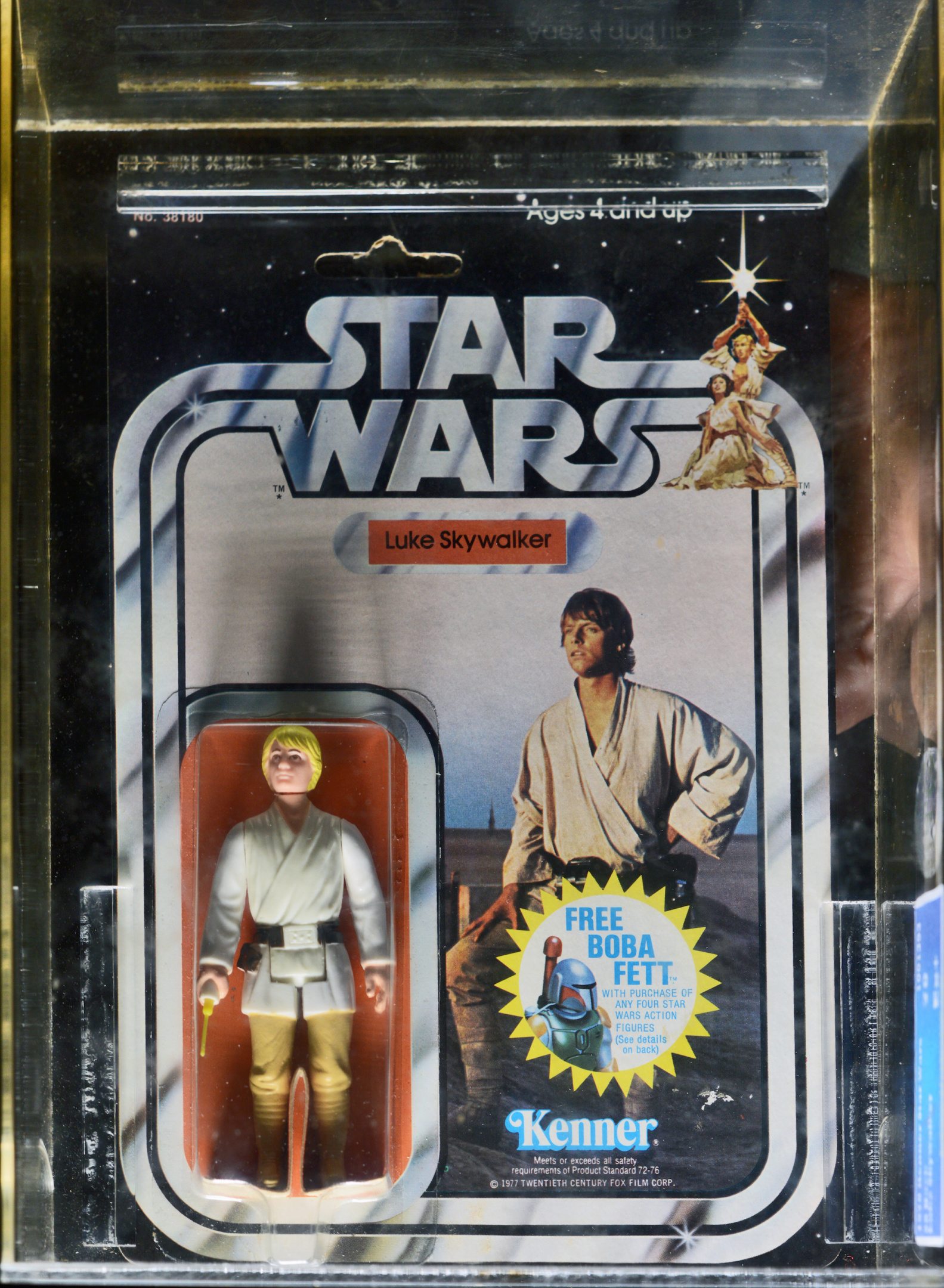 “I bought this for $3 40 years ago. Now it’s worth $1,500. What’s really cool about this figure is the ‘Free Boba Fett’ badge. Boba Fett wasn’t introduced in the movies until The Empire Strikes Back in 1980. The first Boba Fett figurine had a rocket-firing jet pack; they only made three of them. That figure sold at a convention for $25,000.” 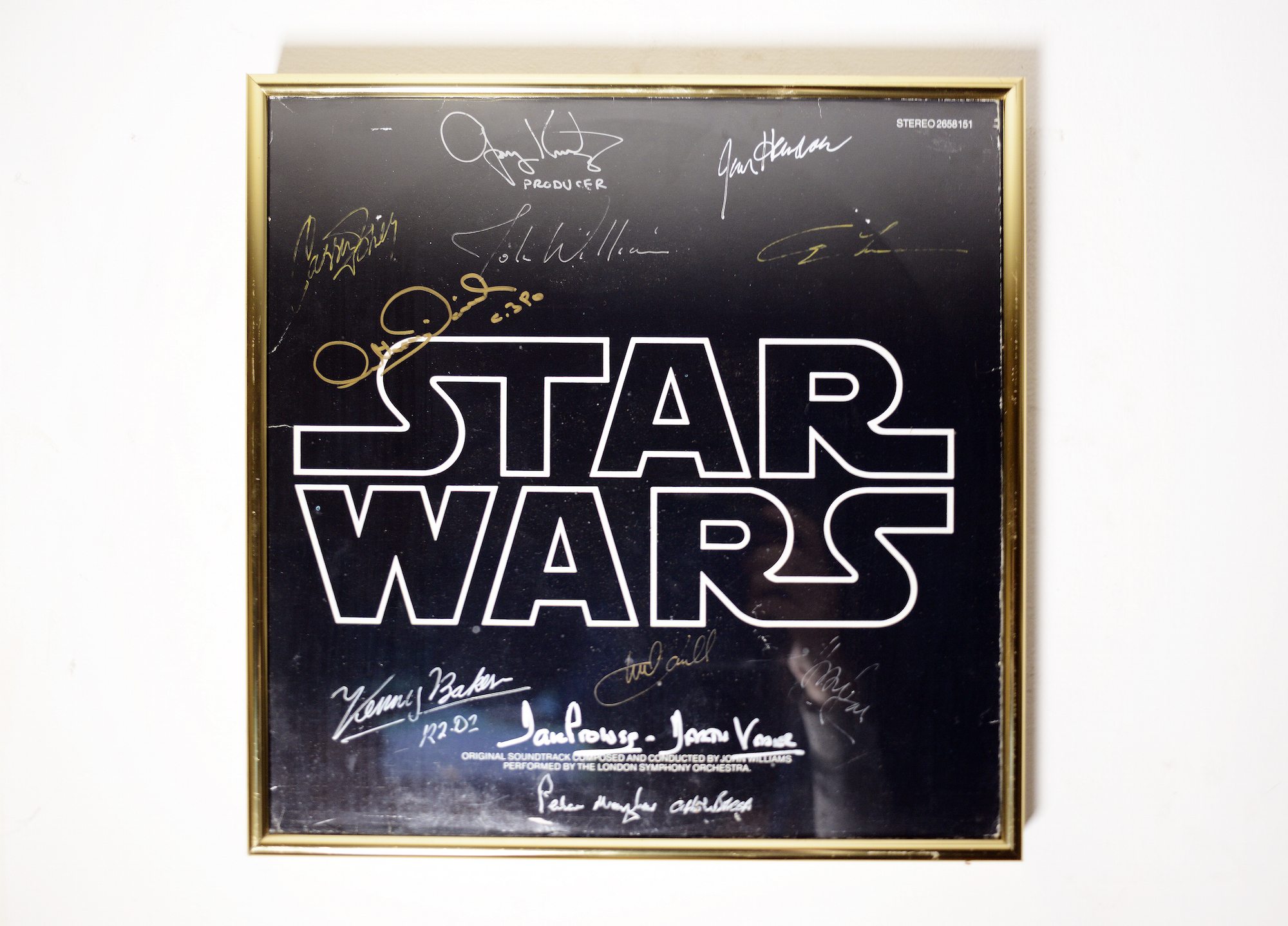 “This album is signed by Mark Hamill, Harrison Ford, Carrie Fisher, John Williams, Jim Henson, Anthony Daniels, Kenny Baker and Peter Mayhew. I bought it for $1,200 from a guy in Spain, back when only seven people had signed it, and continued to get it signed at conventions.” 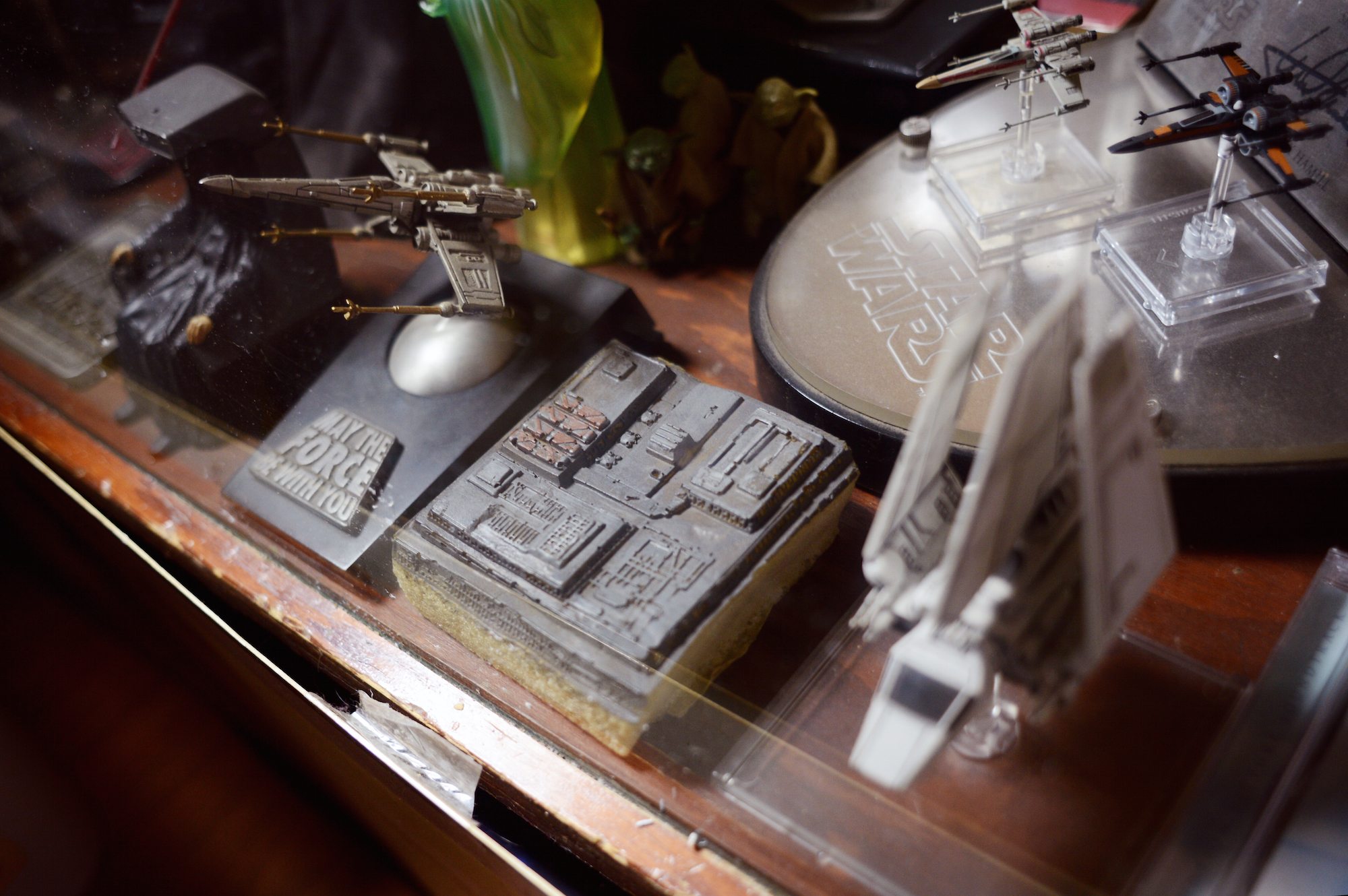 A piece of the Death Star

“This is a prop from Return of the Jedi. I went to California for Star Wars’s 10th-anniversary celebration. The amount of stuff that was at that convention was just astronomical. I met a collector from California who had friends who worked at Lucasfilm. I paid a bit of money and traded some original movie press-kits for this.” 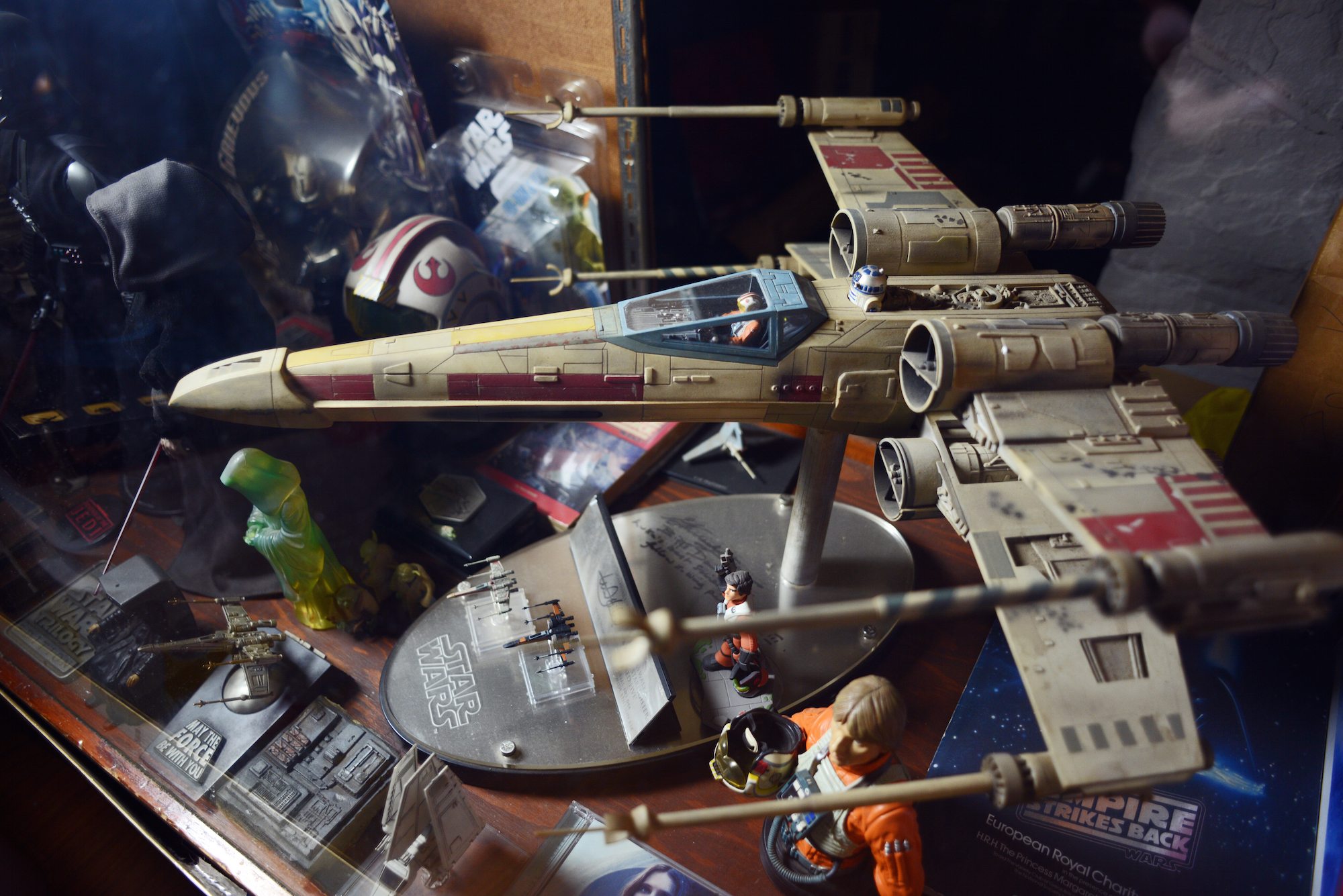 “This X-Wing fighter is very, very rare. It came out eight years ago, and they only made 838 of them. I got number 44, and it’s signed by Mark Hamill. It’s the most authentic X-Wing on the market. It has a built-in scale aperture so you can open and close the wings, and the engines and R2D2 light up. I’ve seen them on eBay selling for as much as $7,000.” 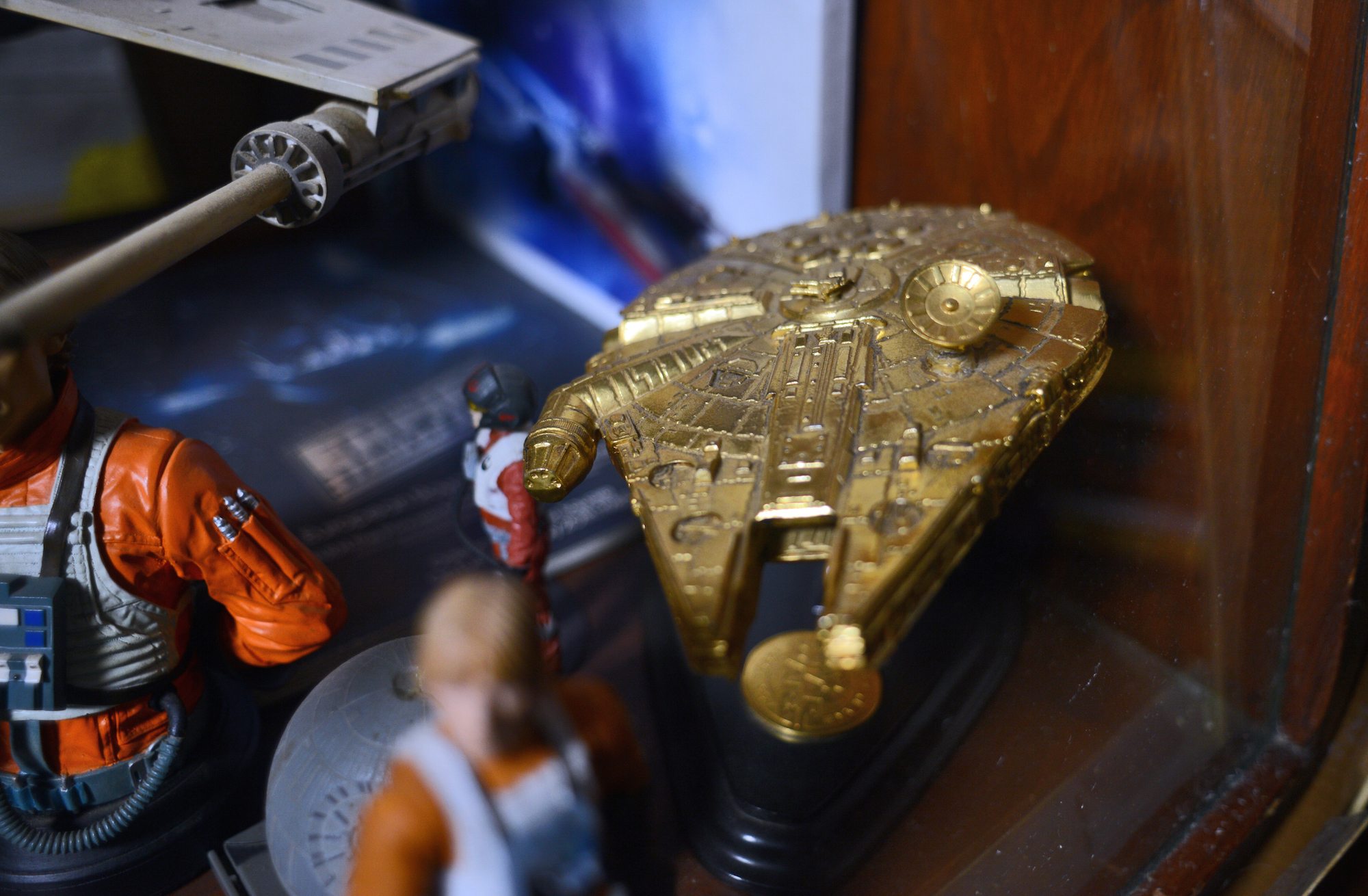 “This Millennium Falcon is from the Franklin Mint, and you can’t buy it; it was strictly for executives. This Falcon is plated with 24-karat gold, and on the base there’s a coin honouring Star Wars’s 20th anniversary.” 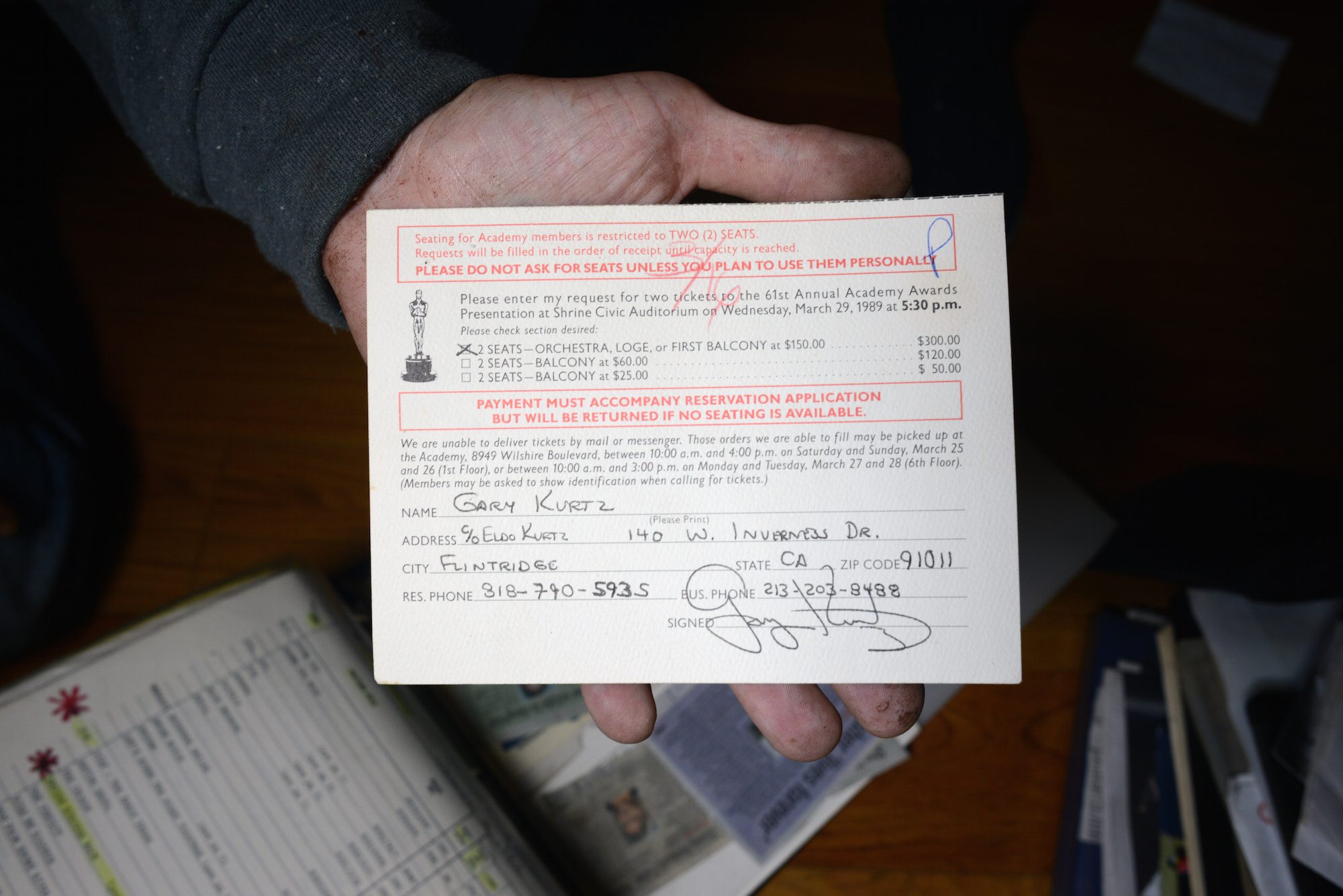 “Gary Kurtz, the producer of Star Wars, had to send this to the Academy to get his ticket to the Oscars. I talked to him about it, and he couldn’t believe I had it.” 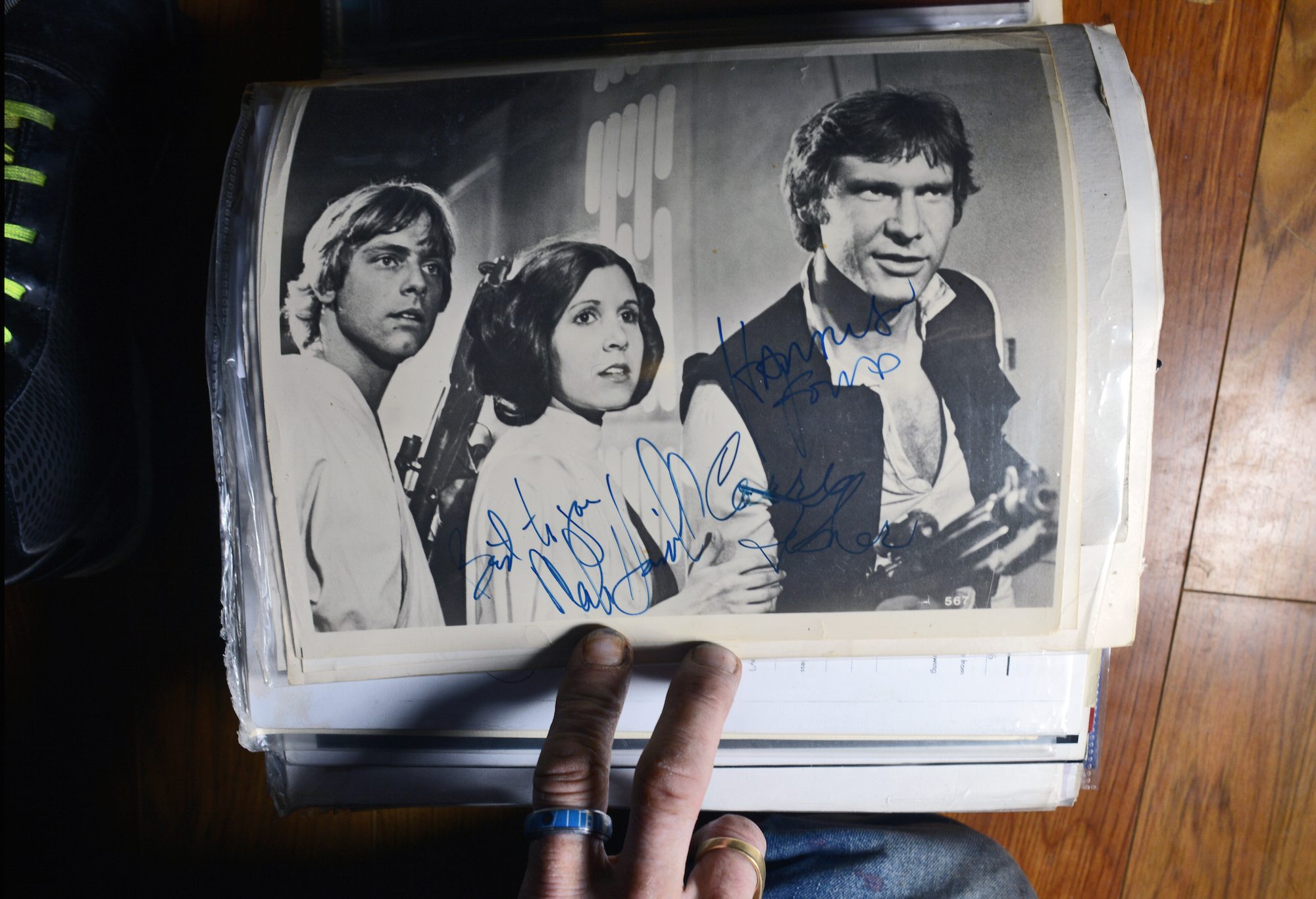 “I bought this at Bakka Books, on Queen Street across from the original Silver Snail, a week after Mark Hamill, Harrison Ford and Carrie Fisher were there in 1977. Back then, Harrison signed his full name, whereas nowadays he only signs four letters.” 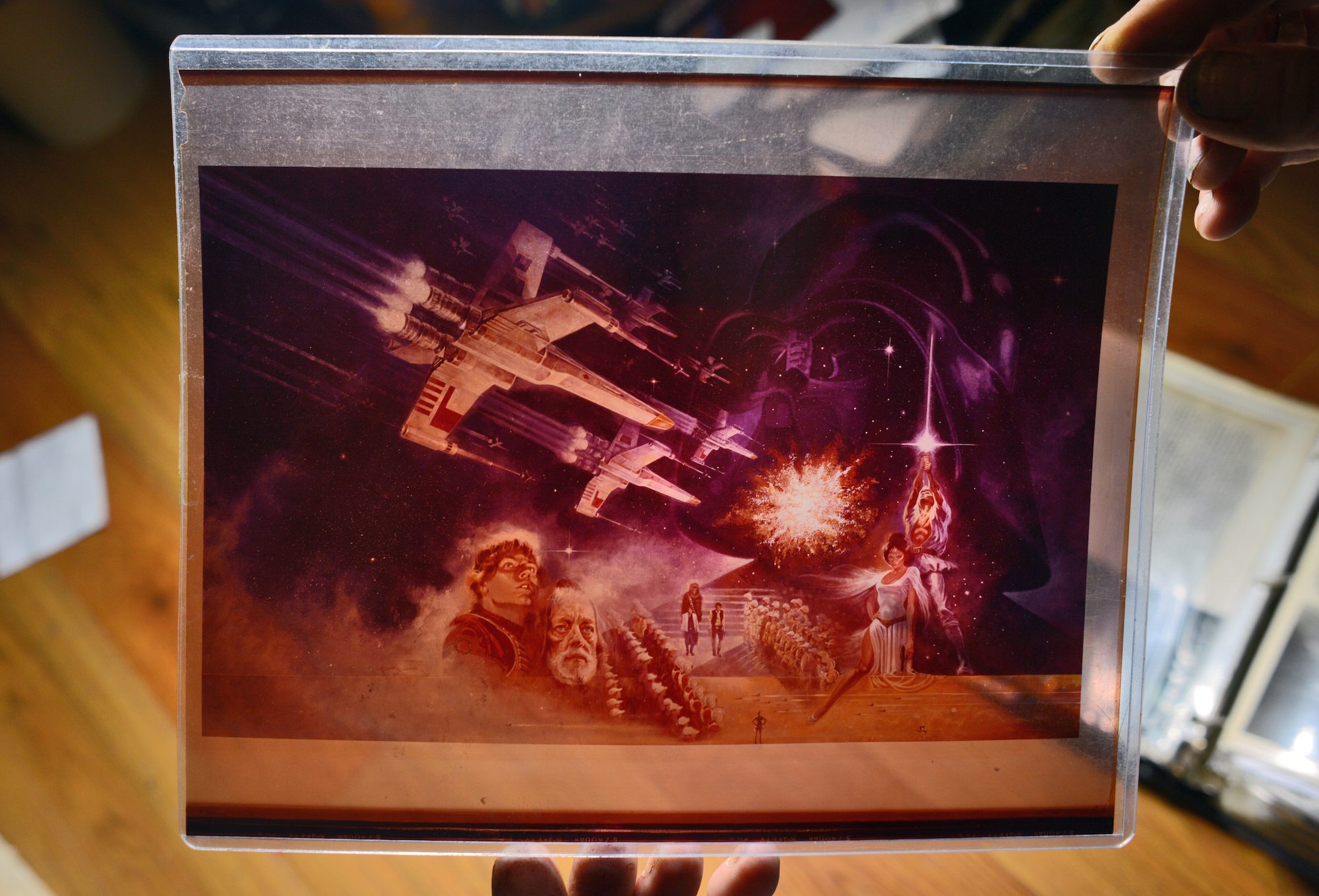 “This is one of the rarest pieces I own. This is an 8-by-10-inch colour-positive, and the artwork is by Tom Jung. This was used to print posters, except this particular one has never been printed. I showed this to Gary Kurtz, the producer, and he wants a copy.” 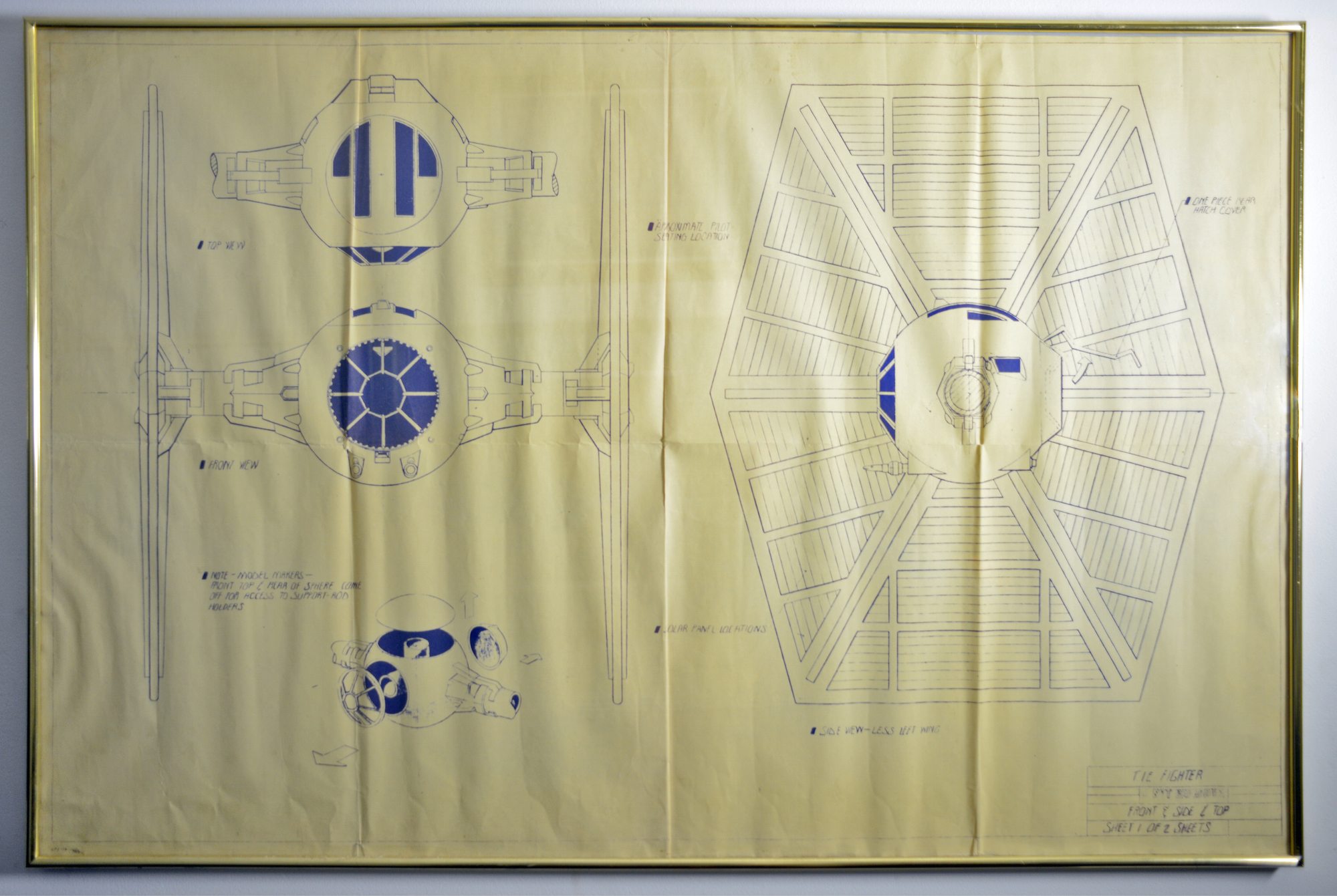 “This is a blueprint used in A New Hope. I bought it 30 years ago from a guy in California for a few grand, and I have no idea what it’s worth now. The only place it’s been published is in a book called The Star Wars Chronicles.”