A trip through a wicked animated universe

1 Gorillaz have been baffling audiences since they released their self-titled debut album in 2001. Band members 2-D, Murdoc Niccals, Noodle and Russel Hobbs are a fictitious group of virtual misfits created by musician Damon Albarn and artist Jamie Hewlet. And their live performances, often with a projection of the members on stage, are virtually unparalleled. Their latest album, Song Machine, showcases the group’s playful genre-smashing sound and features big-name guests like Beck and Elton John. October 6, Scotiabank Arena

A force-ful night at the symphony

2 A long time ago in a galaxy far, far away—wait, scratch that. This month, Star Wars fans and orchestra buffs can watch the Toronto Symphony Orchestra perform the soundtrack of The Force Awakens. While the film is projected onto the big screen, the orchestra will play the score that earned John Williams his 50th Oscar nomination. The seventh instalment of the iconic space opera features classic franchise heroes such as Princess Leia and Han Solo alongside new favourites Rey and Finn. Hearing the first five notes of Williams’s “Main Title” live is sure to bring new fans into the Jedi fold. October 6 and 8, Roy Thomson Hall 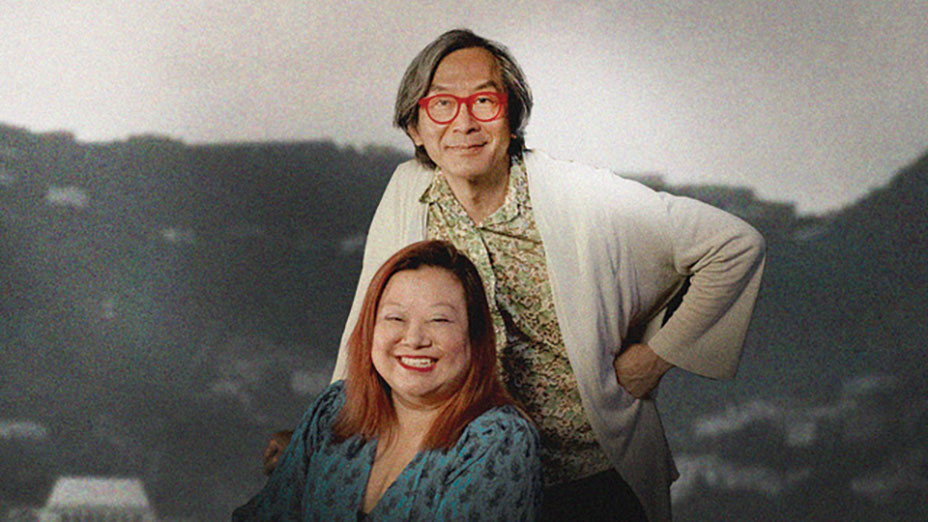 A nostalgic look at the Hong Kong of years past

3 Njo Kong Kie made his name as the musical director of La La La Human Steps, the Montreal dance company known for collaborating with the likes of David Bowie. Since then, the Indonesia-­born, Toronto-based composer has written for opera and theatre as well. His latest creation with playwright Marjorie Chan, The Year of the Cello, is a lament for lost love and the Hong Kong of the past. Chan’s poetic text is woven together with a cello score by Kong Kie, performed live. The show is designed to include vision-impaired audiences with audio descriptions; a digital version with surround sound is also available. October 15 to 29, Theatre Passe Muraille

A Schitt’s meal for everyone

4 Who hasn’t longed to stroll into Café Tropical and order Twyla’s famous meadow harvest smoothie? In what Moira Rose might call “dazzling news,” Schitt’s Creek devotees can now try out 75 recipes inspired by the hit show, collected in Tastes Like Schitt: The Unofficial Schitt’s Creek Cookbook by Rachel and Hannah Floyd. Out October 30

5 One of Canada’s largest art fairs, Art Toronto, is back this fall to showcase the best in international modern and contemporary art. The exhibition will include paintings, sculptures and installations from around the globe—and available for purchase. Exhibitors come from as far afield as Nuremberg and Seoul and as close as the Patel Brown Gallery, at Bloor and Lansdowne. October 27 to 30, Metro Toronto Convention Centre

A play about the economic cost of love

6 Canadian actor-playwright Haley McGee decided to pay off a huge Visa bill by selling gifts from former boyfriends. That cathartic act of fund-raising inspired the hit solo show The Ex-Boyfriend Yard Sale, which enjoyed a pre-­pandemic run in London, UK. McGee uses math to determine the sentimental value of each item, from clothing and jewellery to a coffee pot. October 18 to November 6, Young Centre for the Performing Arts

A sparkling, disco-tinged ode to self-love

7 Lizzo first sashayed into the mainstream with her 2017 hit “Truth Hurts.” The track, with its message of body positivity and unapologetic self-love, garnered her a number-one spot on the US Billboard Hot 100. With her third album, 2019’s Cuz I Love You, she paired sultry lyrics about curves with bombastic pop beats in the singles “Juice” and “Tempo.” And, since then, Lizzo has charmed audiences with stellar flute performances, won three Grammy Awards and reminded us all that big girls are on top of the world. October 7, Scotiabank Arena

A moving collection of personal poetry

8 Reading Métis-Cree author Jesse Thistle’s collection of poems and stories, Scars and Stars, is like stepping into a chamber of his heart. In it, Thistle offers an intimate exploration of the joy of parent­hood, family and communal legacy, love, and his rocky personal history. Readers of his nationally best­selling memoir, From the Ashes, will recognize his signature honesty and vulnerability as he leans in to the poetic form. Those who want to get to know him on a deeper level should start here. Out Oct 18

A workshop with art, artmaking and conversation

9 Late-in-life aspiring portraitists are in luck. The AGO’s virtual Seniors Social program is offering a workshop based on its current exhibition Ed Pien: Present: Past/Future, a collection of reflections on memory and aging inspired by conversations with elders in Havana. In this iteration of the series, participants will draw faces from both photos and memories. The series is delivered on Zoom, and even better, it’s free. October 11, registration at ago.ca

10 It’s hard to believe there is more as-yet-unpublished work from one of Canada’s most celebrated artists, but Leonard Cohen continues to deliver. A Ballet of Lepers, which includes the novel of the same name—one Cohen considered “probably better” than The Favourite Game—plus 15 stories and a script, gives longtime readers a chance to get acquainted with a younger Cohen. Early instances of familiar themes—longing, desire, freedom—can be found throughout this collection. Out October 11

A show that grapples with homophobia and censorship

11 In 1923, a daring Yiddish play created a scandal on Broadway that led to its entire cast being arrested for indecency. Sholem Asch’s God of Vengeance is a brothel-set tragedy that includes a lesbian love affair. Pulitzer Prize–winning playwright Paula Vogel explores the work’s controversy in her critically acclaimed drama Indecent. This ultimately uplifting tale, which reaffirms the transformative power of theatre, is now making its Toronto debut. October 14 to November 6, CAA Theatre

13 Former child star Demi Lovato had acted in 11 films and dozens of TV shows and released seven studio albums by age 30. With 68 awards, Lovato has received plenty of accolades. But her upcoming album, Holy Fvck, is a huge departure from her Barney & Friends beginnings. The single “Skin of My Teeth” notably melds alt-metal vibes with brash lyrics over sharp, slapping drums. On her new tracks, Lovato uses the rock-driven sounds of the early 2000s to reclaim her story. The music is self-assured, sexually charged and decidedly NSFW. October 15, History

14 Kristen Thomson, creator of the beloved solo show I, Claudia, has gone feline for her latest theatrical outing. In playwright Rajiv Joseph’s dark comedy Bengal Tiger at the Baghdad Zoo, she stars as the loquacious cat, who is the narrator and one of the traumatized survivors of the 2003 US-led invasion of Iraq. October 11 to November 6, Streetcar Crowsnest

A vibrant Nigerian feast for the senses

15 A Taste of Nigeria, an annual festival that celebrates the country’s independence and rich culture, is in Toronto this month for the first time. The event showcases the art, history and vivid colours of the African nation. Come by for some jollof rice or pepper soup, dance to the Afrobeats and try on the latest trends in fashion. This is your chance to enjoy Nigeria without airfare or jet lag. October 16, Royal Event Centre

A romance in the most sacred of places

16 S. K. Ali first melted hearts in 2019 with Adam and Zayneb’s love story Love from A to Z. This time around, in a much-anticipated sequel, the pressures of a long-distance relationship—Adam is working in Doha while Zayneb finishes law school in Chicago—have taken a toll. When they meet up for a spiritual pilgrimage to Mecca and Medina, their love is put to the test. Out October 18 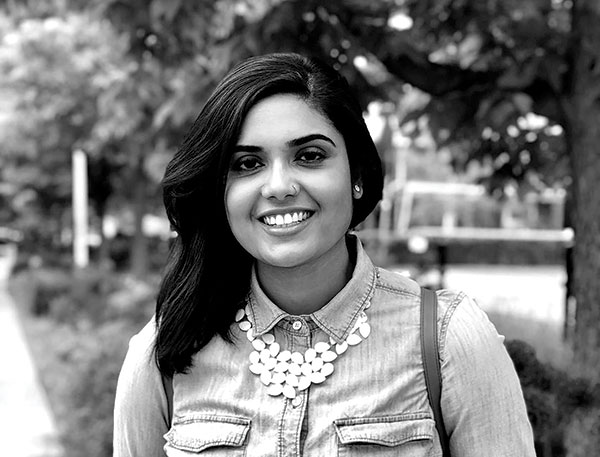 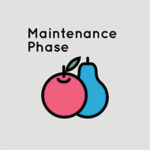 “I didn’t know how badly I needed a podcast about fatphobia and diet culture until I found this one. As a woman with a cruelly honest family, I’ve struggled all my life to learn to love my body. This podcast is a lesson in empathy and a must-listen for everyone.” 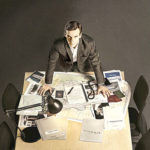 “My wife and I discovered a French series that ranks among the best I’ve ever seen. The Bureau follows a number of spies and the handlers that track them from their home office in Paris. The lead actor is superb, the cast is exceptional, and they’re all gifted by sharp, suspenseful writing.”

“If Picasso were alive today, and if he were as lucky as I have been, he would come across New York artist and fashion illustrator Bil Donovan on Instagram. Whether drawing for Dior or for Vogue, Donovan’s striking brush strokes and economy of line move and ignite like a symphony.”