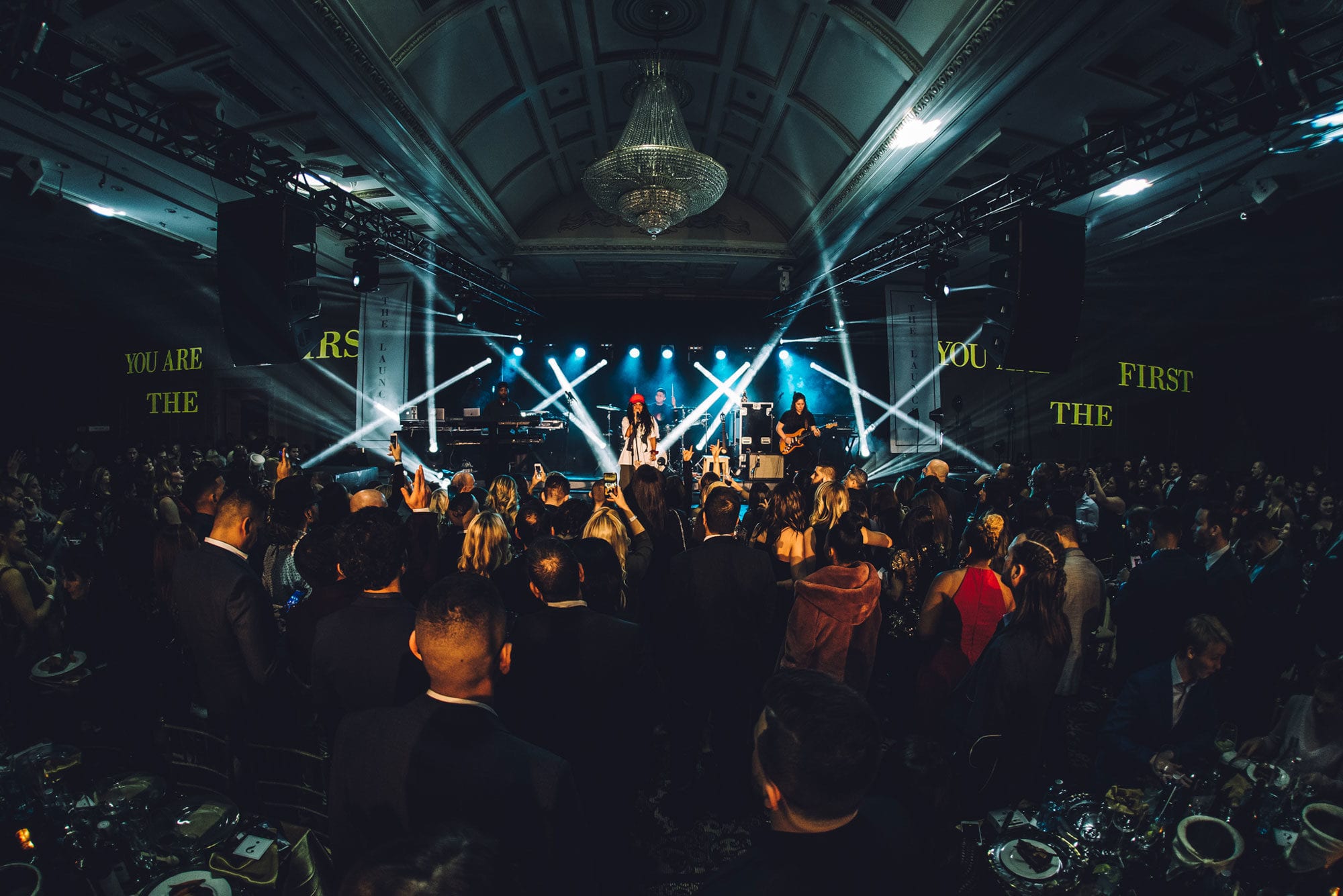 The final installation of Woodbridge’s most exclusive supper club—tickets started at $550—promised a mix of art, networking, Belgian endive salad and plenty of CanCon at Chateau le Jardin. Organizers of Après Noir delivered and, countering his growing reputation as a flake, so did Drizzy. Here’s everything you missed at the show:

Excess in the champagne room (yes, there was an entire room just for champagne)
1The evite insisted on “mandatory cocktail attire,” and many of the event’s expected 1,000 guests went full pageant queen in bedazzled gowns and sequins galore. Bartender Oliver Stern mixed old-fashioneds, and songstress Mia Martina opened her side-stage set with an impassioned take on “Last Night a DJ Saved My Life.”

OVO adjacents and Degrassi alums
2From the stage in the Chateau’s sprawling ballroom, Degrassi: The Next Generation star Melissa DiMarco (a.k.a. Principal Daphne Hatzilakos) outlined the evening’s events and nostalgically talked about “Aubrey’s” ascent to international fame. “I remember him telling me he was working on music back in the summer of 2008,” said DiMarco, before introducing eTalk reporter and OVO acolyte Tyrone Edwards. “The rest is history, I guess.”

A surprise proposal
3The combination of charger plates, artisanal buns and the electric violin cover of Boney M’s “Rasputin” gave the evening’s pre-Drake lead-up a matrimonial vibe. While there was no impromptu wedding, one guest did pop the question to his longtime girlfriend. 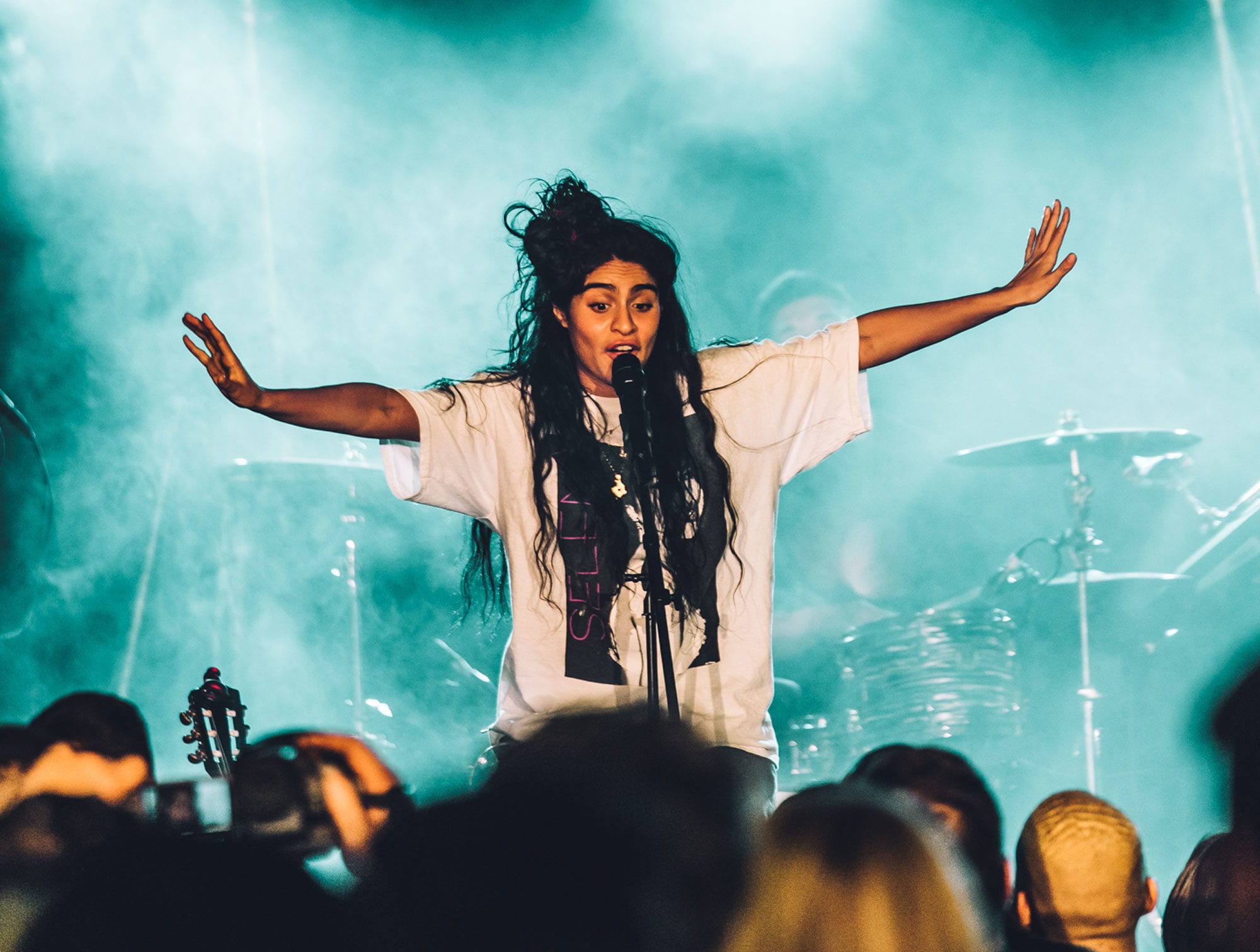 Extreme realness from Jessie Reyez
4Living up to her Billboard-bestowed title as the “next queen of outspoken R&B,” the Toronto-bred songstress hopped on stage and spoke about everything from her early busking days in Kensington Market to diversity to the finite nature of life itself. “Everybody who’s the child of an immigrant, make some fucking noise,” Reyez shouted. Following a rendition of “Figures” and a discussion about depression and negative energy (she does not “fuck with it,” for the record), Reyez asked about the “mad bougie” crowd’s capacity to turn up. Everyone, with the exception of a few suit-wearing execs, turned up in spades.

An art show with an unlikely Bieber connection
5The German art consultant brought in mixed-media paintings—many of which had a price tag well above $25,000 USD, and a couple of which featured Drake’s face. The L.A. street artist known as Retna (who created the cover art for Justin Bieber’s banger of a comeback album, Purpose) also showed his work, titled “A study of black and white.” 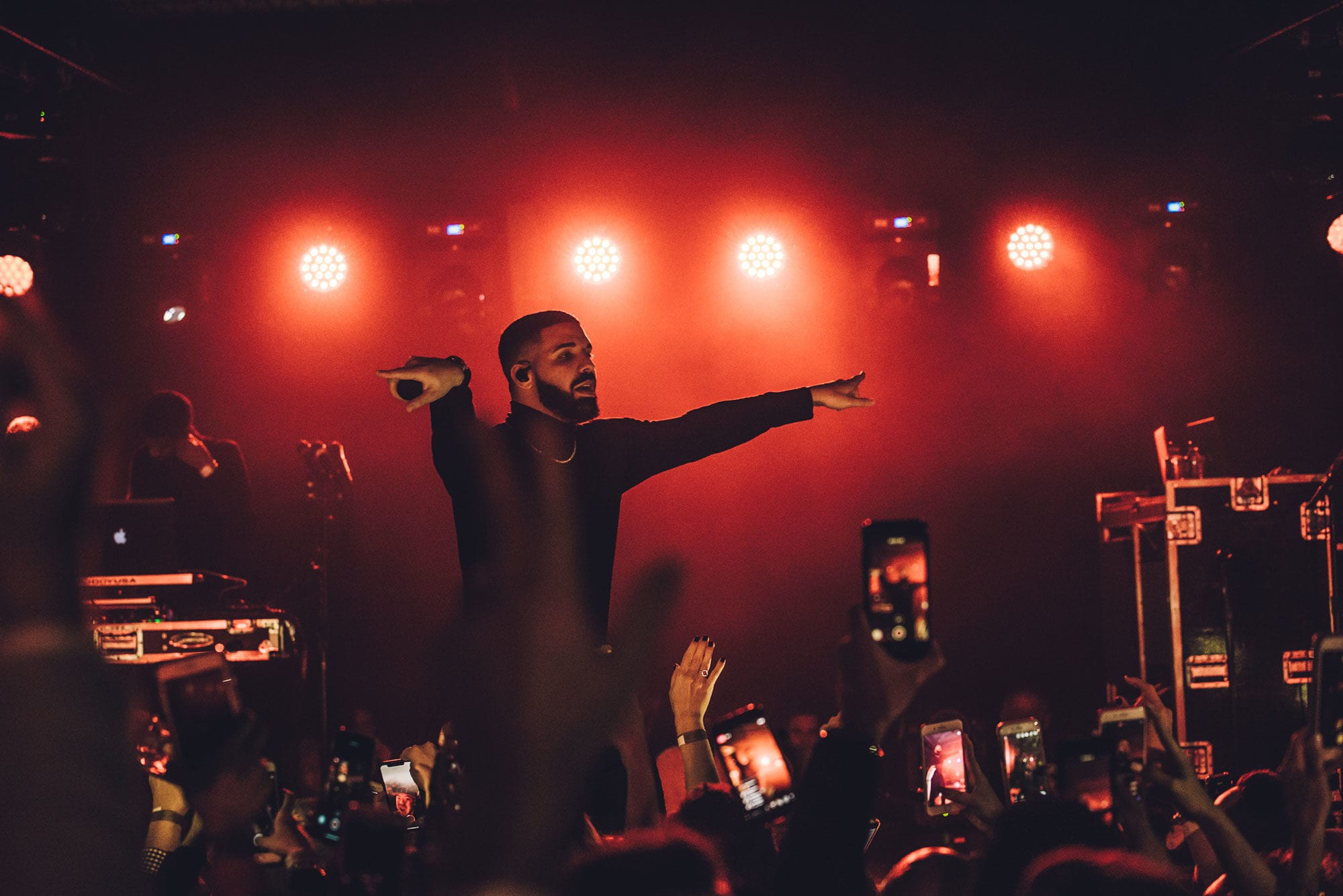 At long last, Drake
6Groans rippled across the room when attendees learned the Raptors’ Thursday night game had gone into overtime. “He’s still courtside. At least he’s coming this time,” one audience member shouted. They were, of course, talking about Drake, who was initially tapped back in June as Après Noir’s musical guest of honour. Since the dinner party series first launched, Après Noir’s main acts have included Shaggy and Matchbox 20’s Rob Thomas. Drake’s appearance was reportedly a million-dollar musical investment.

Never one to let down his hometown, Drake slid on stage around 12:30 amid plumes of smoke. “I thought this shit was a dinner!” he said. “You wanna go all the way up?” The rapper then blazed through a supercut of his discography, including “Started from the Bottom” (naturally), “Nice For What” and clipped selections from his newest album, Scorpion. He even mustered a very on-theme dinner-theatre version of “God’s Plan.” Drake’s sentimentality was on full display as he fondly recalled nights spent gigging with fellow Canadian artist Melanie Fiona at the now-shuttered Avocado restaurant on Adelaide, and writing “In My Feelings” in his suite at the Ritz. After bringing a lone tween on stage for a photo-op, Drake toasted a borrowed solo cup of straight vodka to the holidays. “Because we’re all here,” he said.