When the AGO put on According to What?, a 2013 exhibition of work by the dissident Chinese artist Ai Weiwei, he could only make an appearance on a screen—the Chinese government had seized his passport. Yesterday, Torontonians finally got to see Ai in person, when he dropped by Koerner Hall to receive the 2017 Adrienne Clarkson Prize for Global Citizenship. It was the final event at the 6 Degrees Citizen Space, a three-day speaker series about citizenship and inclusion, and Ai spoke with Clarkson (the two acted like the oldest of friends) about becoming an artist, Trump and his feelings towards two of his past homes: China and New York. Here, six fascinating takeaways.

When Chinese universities reopened in 1978 after the 10-year Cultural Revolution, Ai signed up to go to film school. But before he finished, he had the opportunity to go to the United States, where his girlfriend’s parents lived. He attended the Parsons School of Design in New York, but lost his scholarship because he didn’t do well in art history. But just being in New York, he says, is an art history lesson. 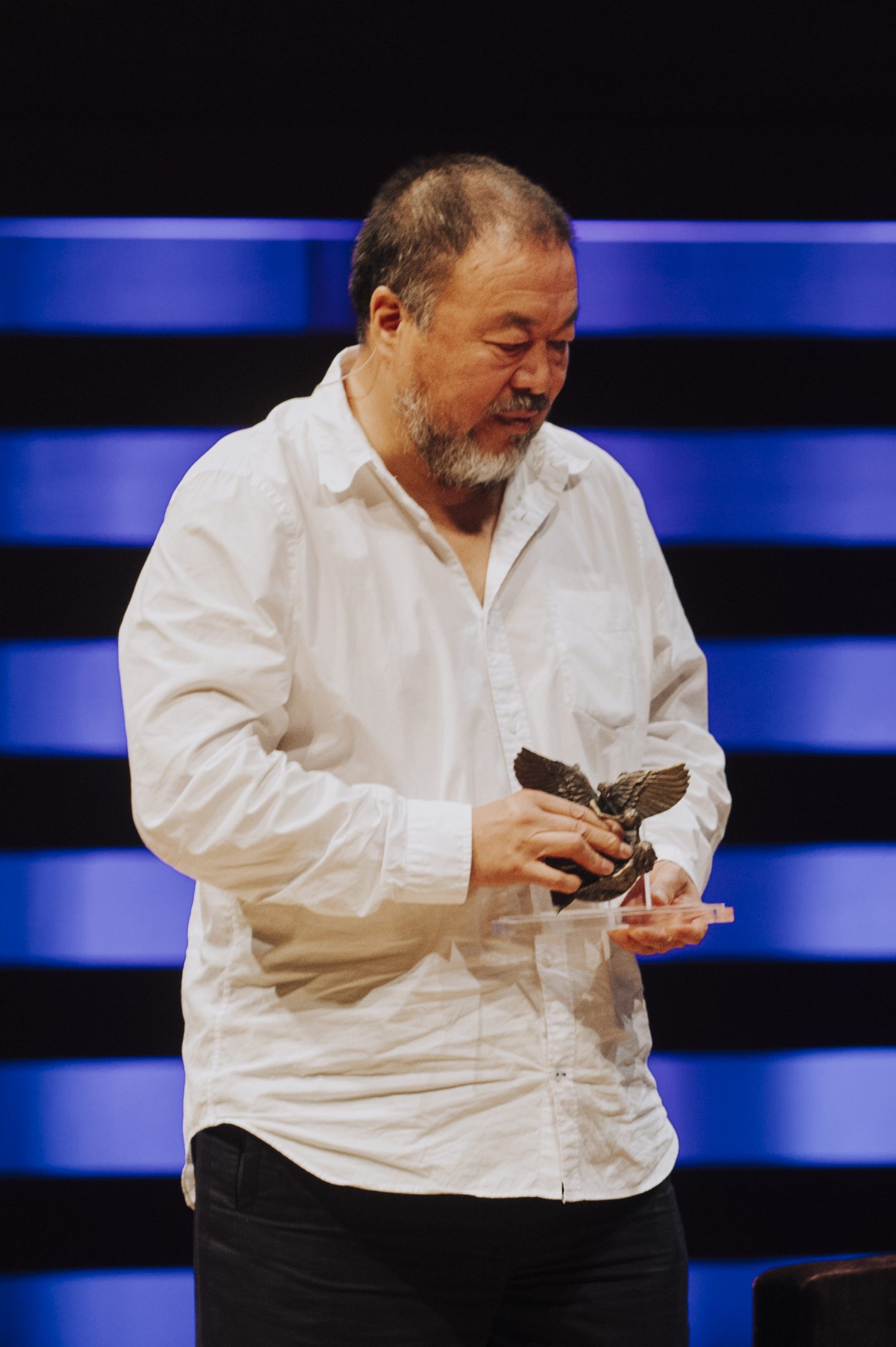 Blogging made him an artist

Ai says he didn’t realize he was an artist until very late in his career. It wasn’t when he created art exhibitions or designed buildings; it was when he started a blog. Ai was introduced to the internet when some of his colleagues asked him to start a blog. In his first day blogging, he wrote two sentences. After that, he couldn’t stop. For four years, he wrote three articles a day and couldn’t believe how many people had read them when he woke up the next morning. “Then I became an artist.”

This October, Ai is bringing a large art project to New York City. For Good Fences Make Good Neighbors, he will build site-specific fences in 300 locations across all five boroughs to transform the image of a security fence into an artistic symbol. “No one can really avoid seeing it,” he says. For Trump Tower, he says, he will put up a golden cage.

Many of his friends are still detained in China

Two of Ai’s human rights lawyers are in jail, and many of his friends are being detained. When someone is detained, he says, there’s no explanation; the authorities simply take you away from your home and family and you have no contact with the outside world. People can be held for 10 years without being given a reason, he says, and when they’re released, their children may not recognize them, and their parents may be dead. He adds that, because people know they could be detained, they self-censor—what he believes is the worst thing that can happen to a human being. 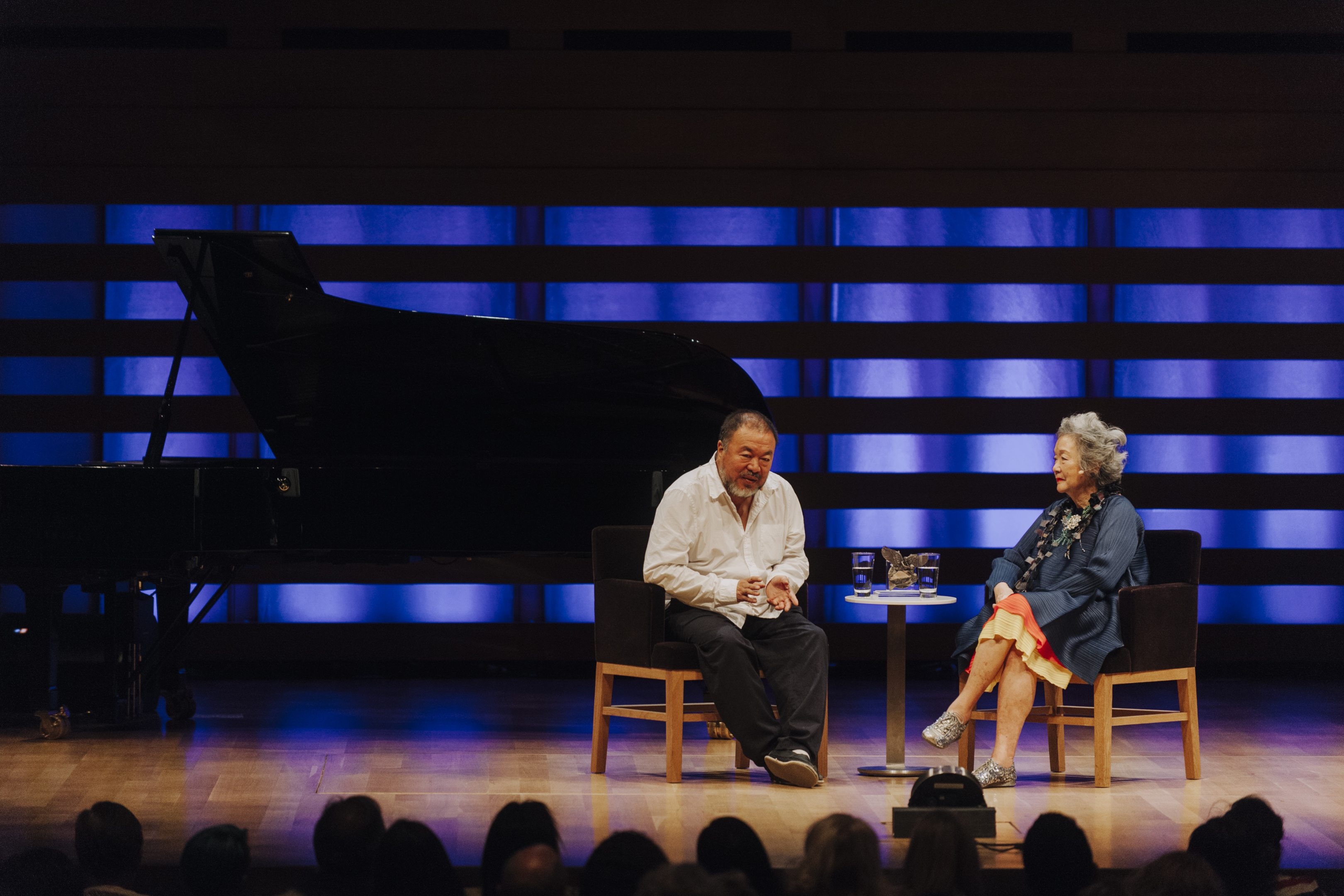 Ai’s mom told him not to come back

“What is China?” Ai answered when Clarkson asked him if he’ll ever return to the country of his birth. He says the government plays by an ever-changing set of rules: “you can never win this game.” His 85-year-old mother recently told him over the phone not to come back. He says he will because he’s not scared.

He loves a good selfie

When a girl on a plane recently asked him if he was the artist Ai Weiwei, he replied, “Shall we take a selfie?” His 340,000 followers on Instagram are used to these types of shots: he constantly takes selfies with his fans. “I’m shameless,” he says. “I’m old. I can ask anything.”