The mother-daughter duo Minna Keene and Violet Keene Perenchief are two of the most famous Toronto photographers you’ve never heard of.

At 19, the German-born Minna Bergman emigrated to England, where she met her husband, Caleb Keene. In England, while recovering from a toothache, Minna found time to experiment with photography. She worked and exhibited in the U.K., South Africa and Canada, and ran successful photography studios in Cape Town, Montreal and Oakville. She was a member of the London Salon of Photography and the first woman to be accepted as a fellow of the Royal Photographic Society.

When the Keenes immigrated to Canada in 1913, Minna’s daughter Violet learned how to use a camera by spending time in her mother’s Montreal studio. Their work differed in both method and style: Minna focused on pictorialist landscape photography, while Violet became known for Modernist portraits, photographing political and cultural figures including Aldous Huxley, W.B. Yeats, Amelia Earhart and the Canadian governor general. Eventually, they settled down in Oakville, where they ran a well-known photo studio. Both Minna and Violet exhibited often, and Minna was profiled in a 1926 edition of Maclean’s.

For Two Generations of Photography, the Stephen Bulger Gallery is displaying 65 of Minna and Violet’s works. Here’s a preview of the collection. 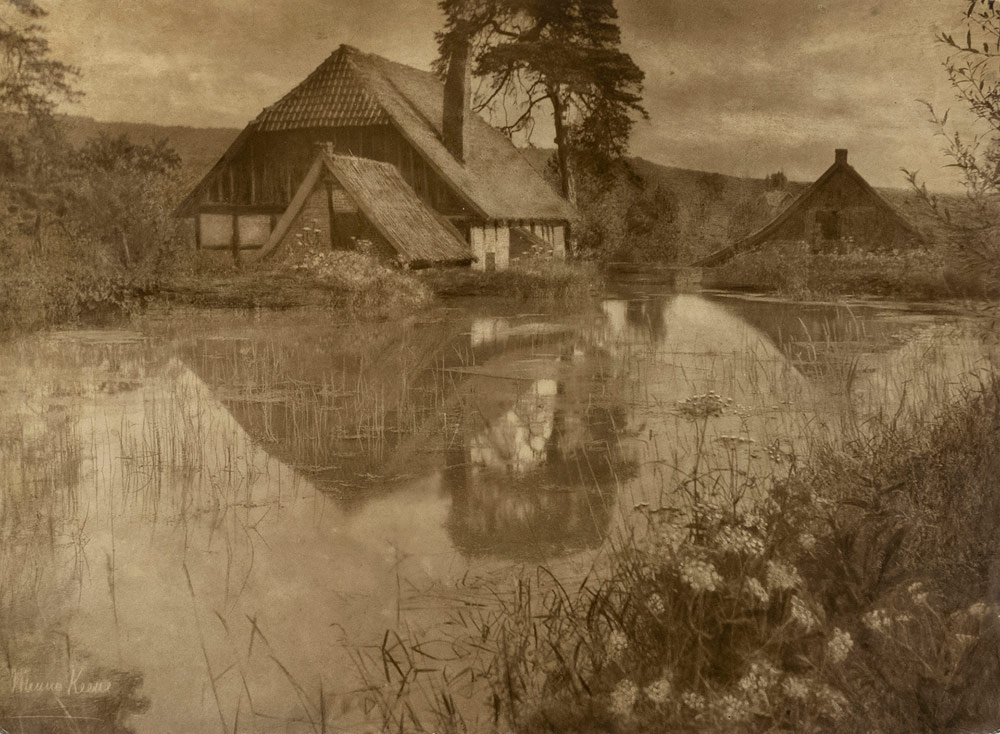 Pictorialism, a style of photography that prioritized the beauty of the subject and composition over realistic representation, was en vogue in the late 19th and early 20th centuries. Minna was part of that movement, manipulating her images by using a softer focus and colour tinting. This picturesque shot was taken in Fahrenholz, Germany. 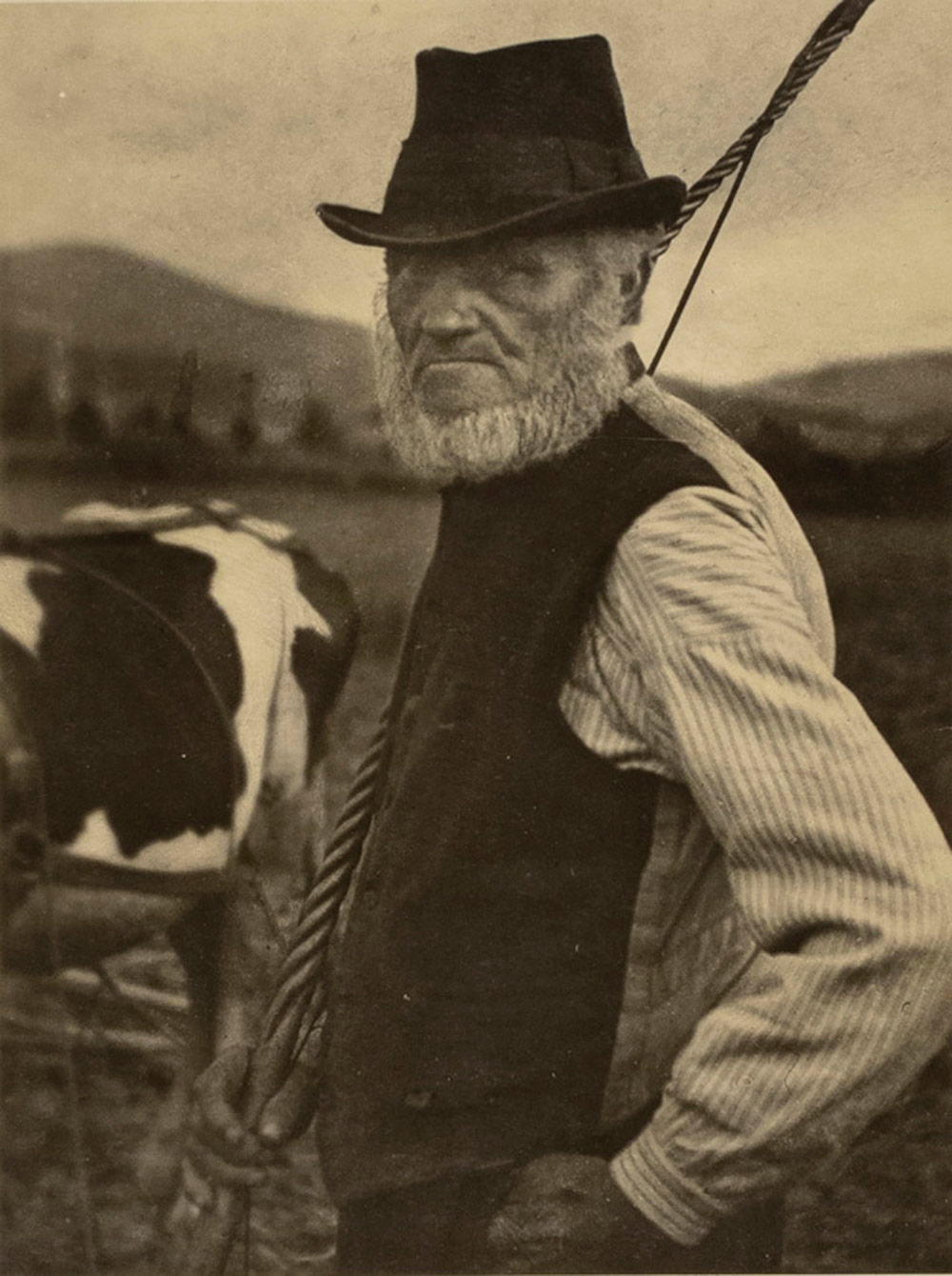 While in Cape Town, Minna experimented with social realism, a relatively uncommon photographic style for the time. It wasn’t until after World War I that the concept of documentary photography became popular. In this series, Minna explored Boer life in South Africa with poignant images of life on the farm. 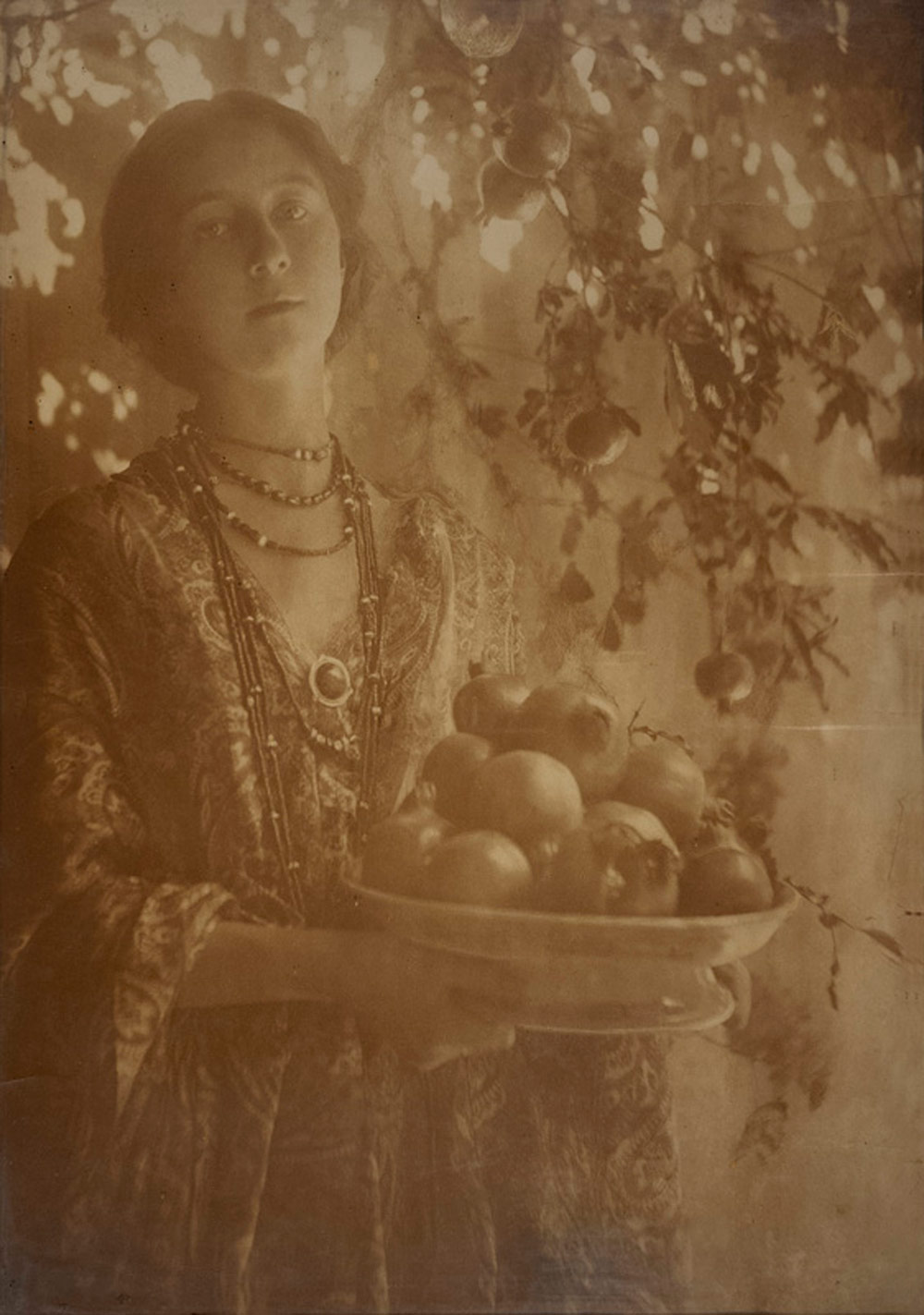 Minna won the Picture of the Year at the London Photographic Salon for this photograph of Violet at 17. Pomegranates are a classic symbol of fertility and eternal life, and here they represent Violet’s youth and vitality. 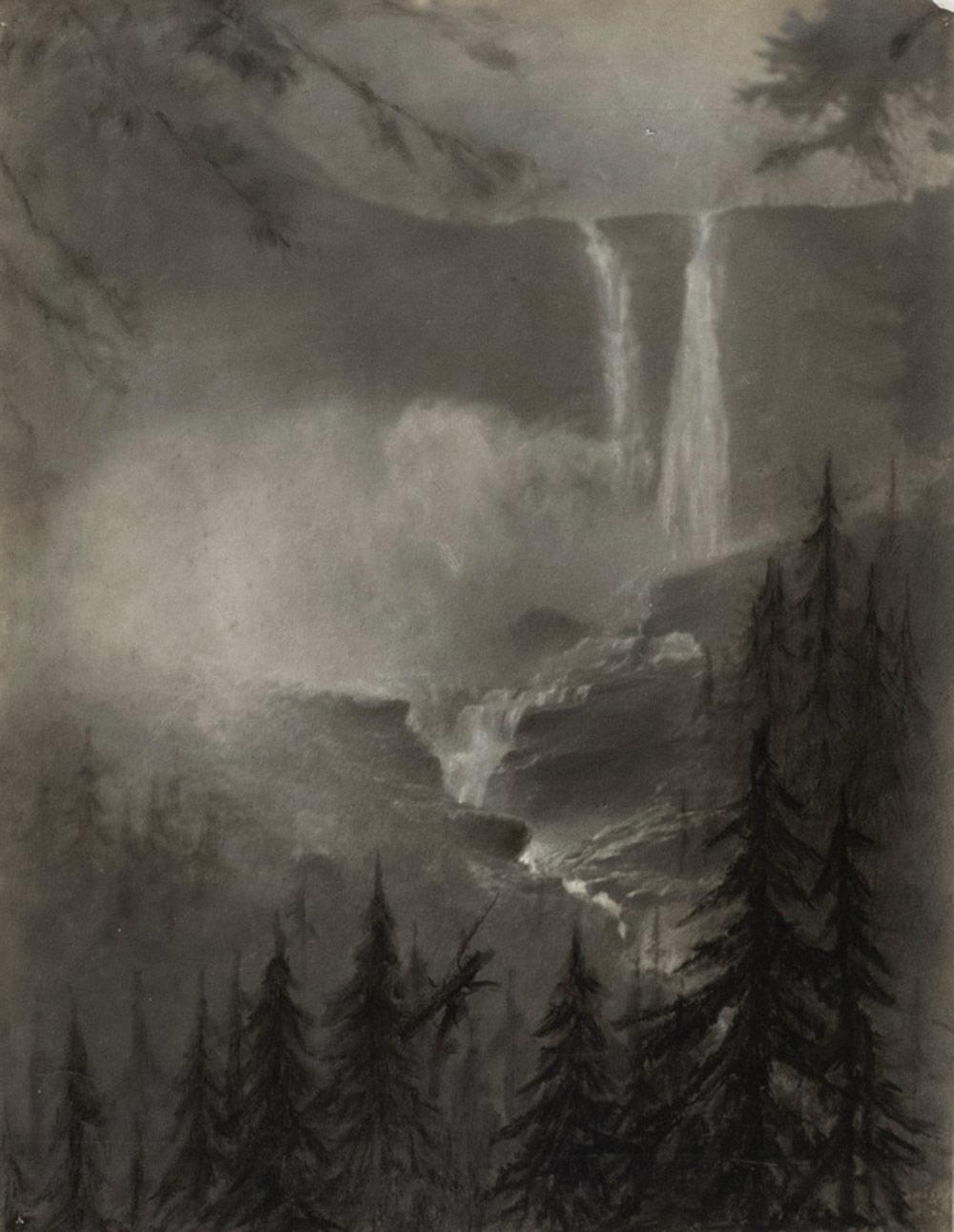 By 1913, Minna and her family had emigrated to Canada, first landing in Montreal before settling in Oakville. Her reputation as an accomplished photographer preceded her and, only a year after arriving, the Canadian Pacific Railway hired her to document the Rockies. 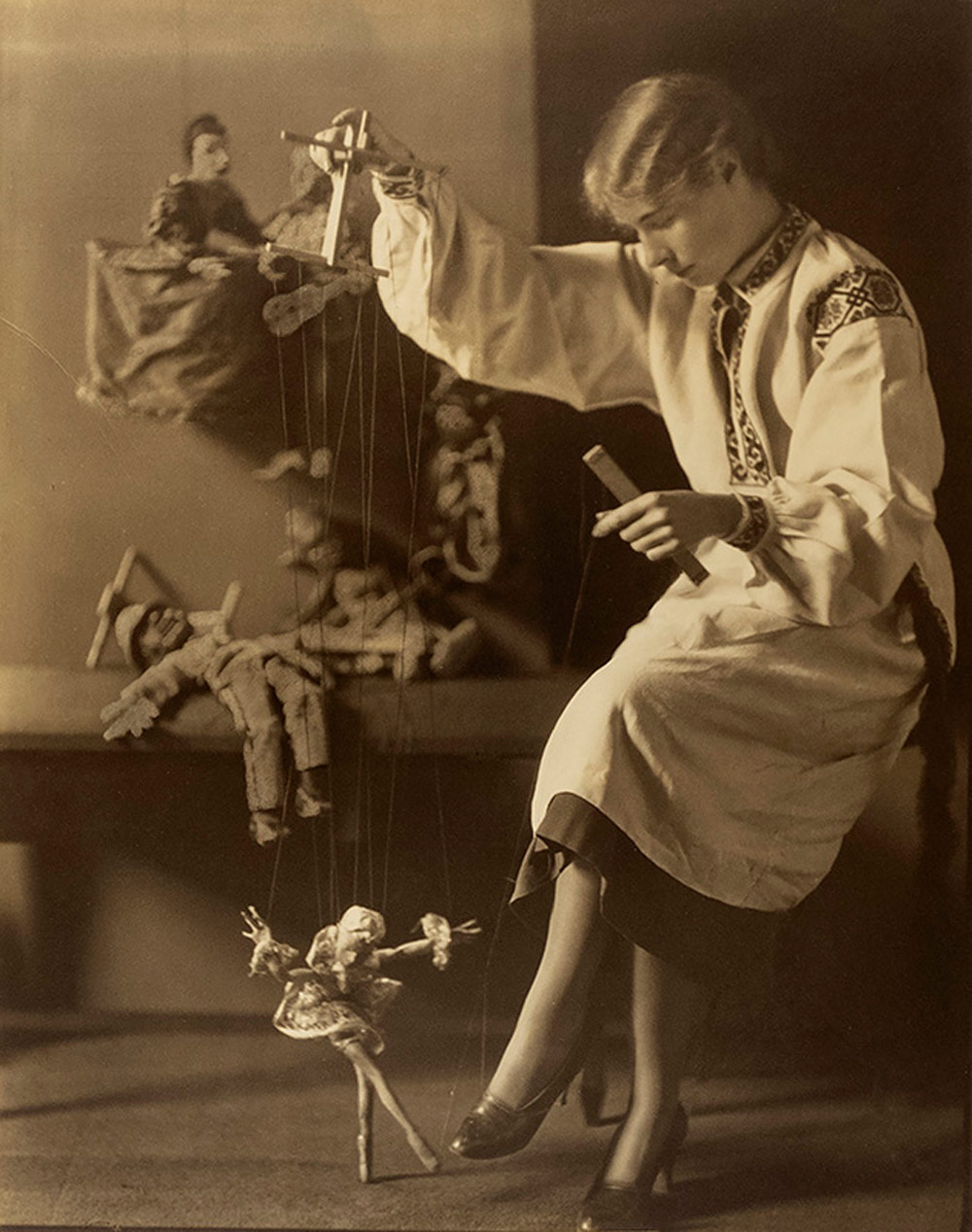 Violet became a widow after only four months of marriage and had to find extra work to support her child. She became the manager of Eaton’s photography studio in Toronto and spent 15 years bussing to work every morning from her home in Oakville. Most of her portrait work was produced in the Eaton’s photo studio on College Street, like this shot of a woman with her marionettes. 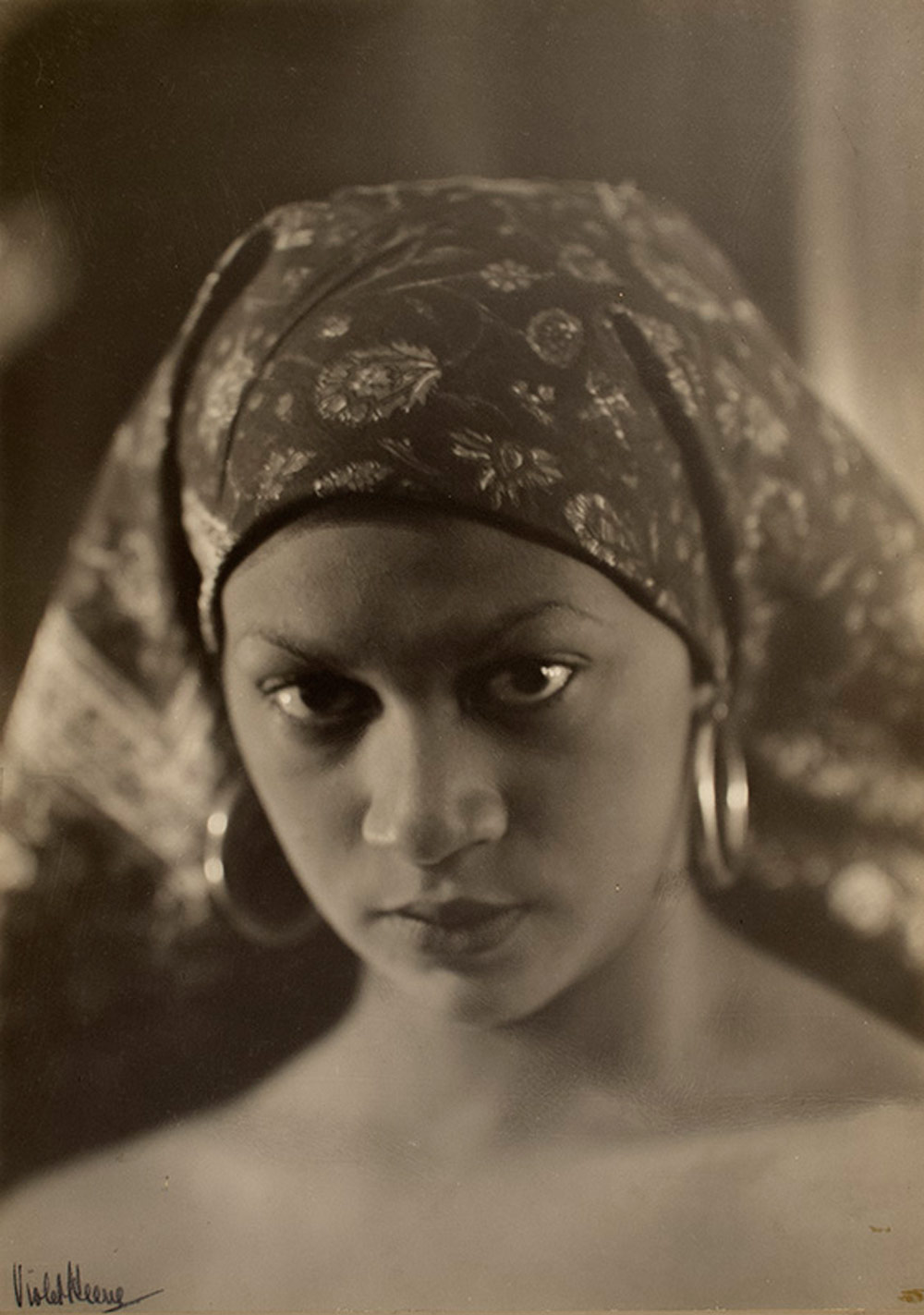 Minna manipulated many of her images to create an ethereal quality, but most of Violet’s work is true to the negative. 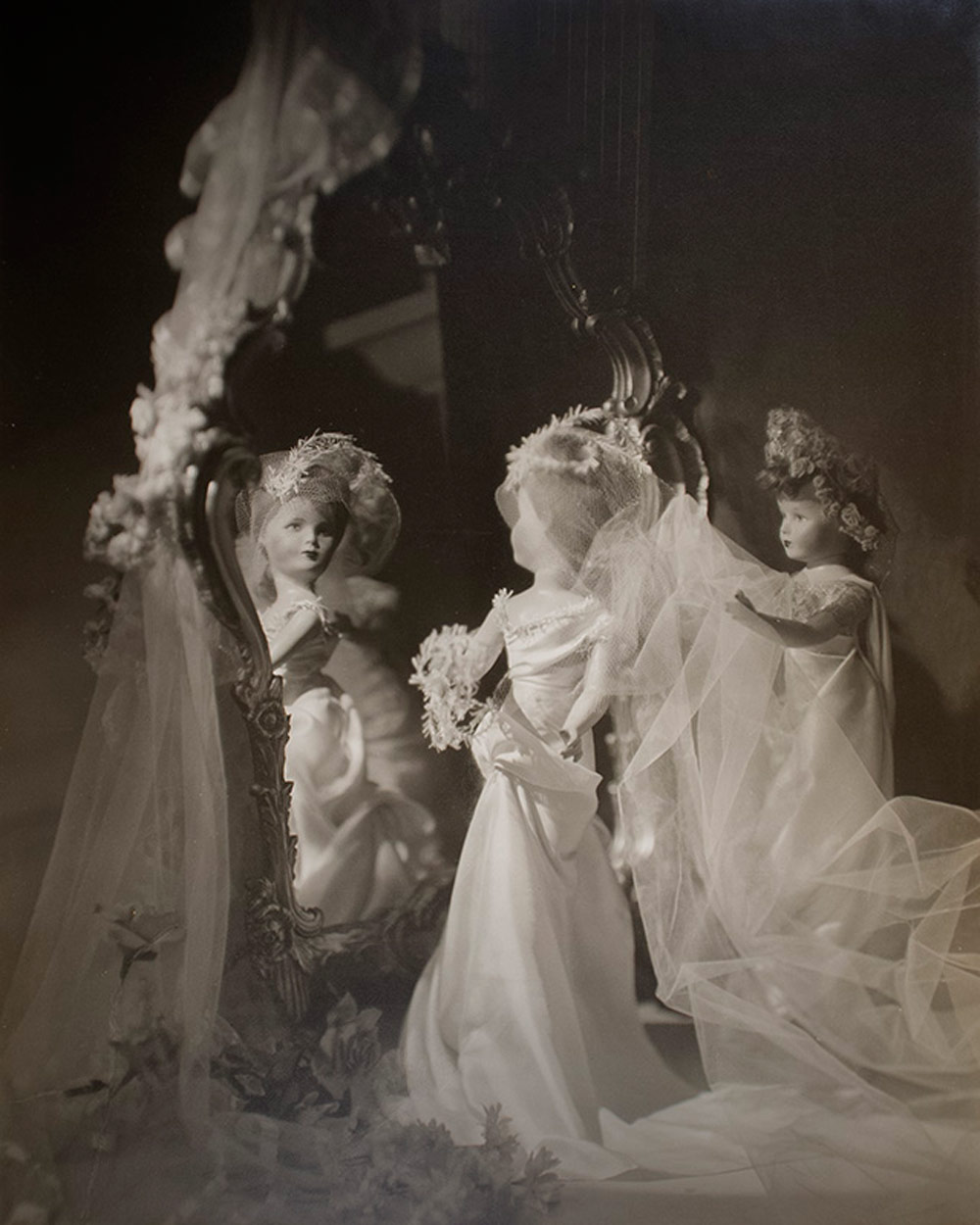 Violet mostly shot portraits, but several photos depict dolls dressed in wedding gowns. Some historians suspect they were taken as part of a window display for Eaton’s.

Two Generations of Photography is on at the Stephen Bulger Gallery until April 20.