Robert De Niro, Jessica Chastain and 30 other stars filming in Toronto this fall

Robert De Niro, Jessica Chastain and 30 other stars filming in Toronto this fall

American celebrities are flooding into Canada this fall, and it’s not just because of this week’s election. For decades, our fair city has proven a more-than-adequate generic backdrop for budget-minded Hollywood studios, and this season is no exception. Here are some of the productions—and stars—that will descend on Toronto this fall.

The War with Grandpa

Starring: Robert De Niro, Christopher Walken, Marisa Tomei, Eugene Levy
Director: Tim Hill
Release Date: April 21, 2017
Picasso had his blue period; Robert De Niro has his grandpa period. Following his triumphant turn in this year’s Dirty Grandpa, the acting legend mines more geriatric laughs in this story of a grandpa and grandson who are forced to share the same room. This family comedy reunites De Niro with Christopher Walken for the first time since The Deer Hunter. Production begins at the end of the month.

The news is finally here!! I am so honoured and thrilled to finally announce that I am playing 'Anne Shirley' in #ANNE the new Netflix & CBC adaption of Anne of green gables

Starring: Amybeth McNulty, Geraldine James, R.H. Thomson
Director: Niki Caro
Release Date: Spring 2017
Just when you thought they were out of franchises to reboot, along comes a new version of Anne of Green Gables. Whale Rider director Niki Caro helms the pilot of the CBC/Netflix series, while Breaking Bad writer Moira Walley-Beckett handles scripting and production duties. She promises the show will be grounded, realistic and true to its source—apart, of course, from the fact that Millbrook, Ontario, will stand in as 1880s P.E.I. Filming is now underway.

Starring: James Franco, Dennis Quaid, Zoë Kravitz
Director: Jonathan and Josh Baker
Release Date: TBA
James Franco has his art projects and his paycheque projects. Where does this film fall? Let’s just say it’s a sci-fi thriller about an ex-con and his younger brother who go on the run, protected only by an ancient weapon. (And there are guns.) Production began in late October.

#Saw8 is reportedly set to begin filming here in Toronto in September!

Starring: TBA
Director: Michael and Peter Spierig
Release Date: October 27, 2017
In a shocking turn of events, 2010’s Saw 3D: The Final Chapter was not the, um, final chapter of this horror franchise. Keeping with tradition, Toronto’s warehouses and back alleys will serve as the backdrop for Jigsaw’s latest round of torturous schemes. Production reportedly took place in September and October, but no cast or plot details have been announced.

The Shape of Water

Missing wearing the suit and frolicking in the future @syfyincorporated

Starring: Sean Teale, Allison Miller, Julia Ormond
Director: David and Alex Pastor
Release Date: November 30, 2016
In the future, when corporations have absolute power, a young executive tries to save the woman he loves by infiltrating a sinister company. This sci-fi parable from executive producers Matt Damon and Ben Affleck wrapped shooting at Cinescape on November 4, and will debut later this month on Syfy. 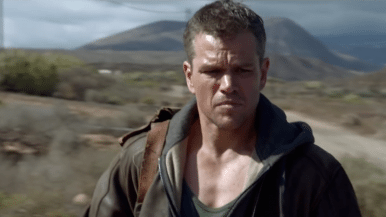 Matt Damon, Kristen Wiig and 30 other stars filming in Toronto this summer