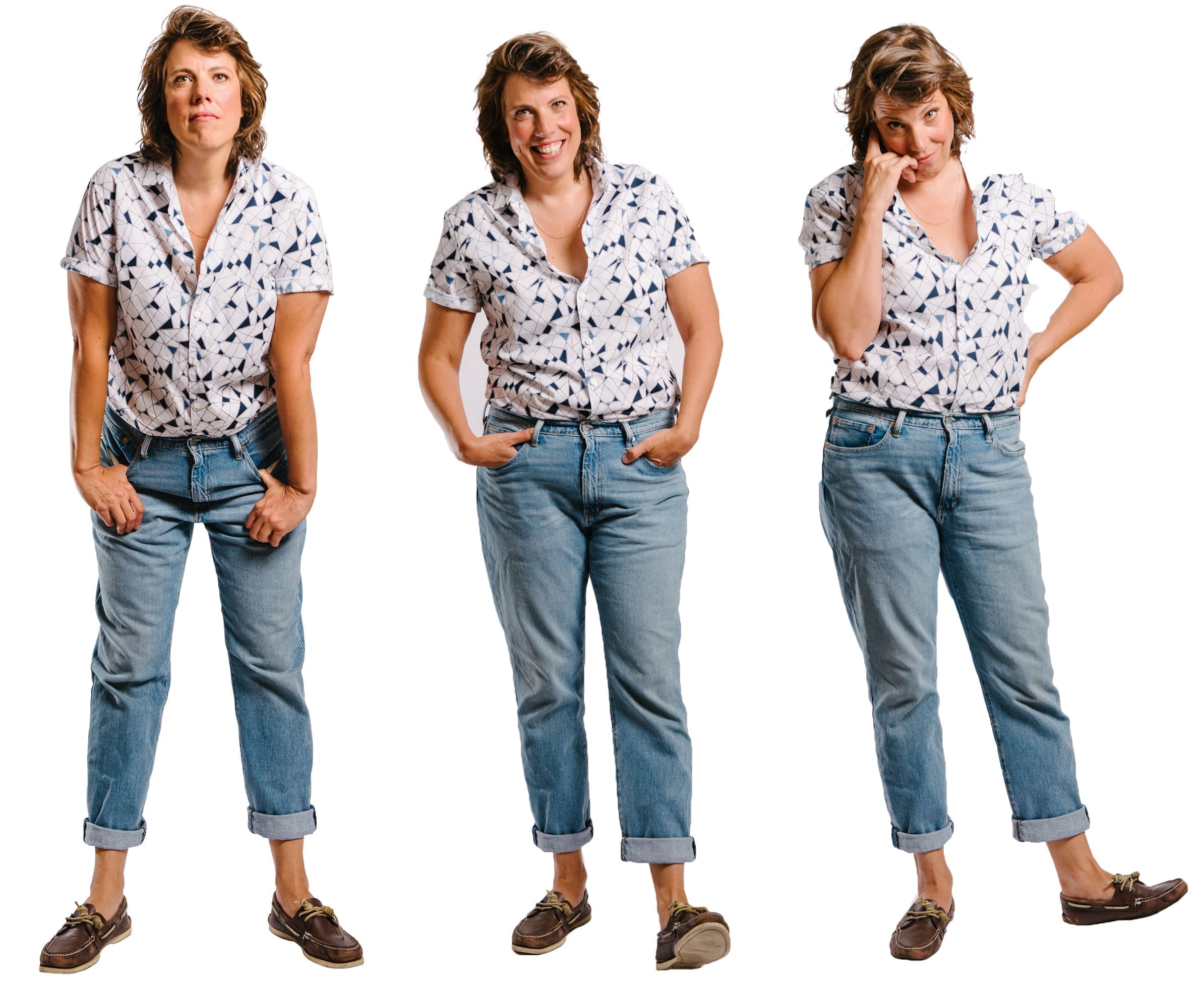 Baroness von Sketch Show has become a ratings juggernaut. You’ve also scored two Canadian Screen Awards and a deal with the Independent Film Channel. How does it feel to be the new queen of Canadian comedy?
The queens—there are four of us. It’s terrifying! But it feels great. We feel privileged to be able to share our comedic sensibility with the world.

Season 3 premieres this month on CBC. What can we expect?
We continue to push the envelope on workplace harassment, sexual assault, class, success. One skit questions rich parents and their relationship to success.

Not exactly knee-slappers…
I don’t want to sound too lofty about it, but we think it’s important to start conversations. Like about what it means to live in this capitalist society, with all of its hypocrisy and consumerism. Or about the media’s representation of women. Like, what if women actually behaved the way we are portrayed?

It feels as if we’ve been hearing about women having a “moment” in comedy for years. Are we any closer to “funny” instead of “funny for a woman”?
There is such a strong foundation of hilarious women out there that I’m like, “Is that still the conversation?” If so, our job is to keep going until it’s not.

How do you feel about “comedienne”?
No strong feelings. Or on waiter versus waitress. But I identify as a comedian, not a “comedienne.” Actually, the more I say it, the funnier it gets. Actually, I love it! “Carolyn Tayloress, comedienne!”

Toronto gets a starring role in the show. Which neighbourhood do you love to send up most?
Trinity Bellwoods, for sure. It’s like, “Let’s just throw down a blanket and spend the day drinking wine!”

In one skit, you play an anal-­retentive cottage host. Is that what you’re really like? Because I’m totally the guest getting chips all over the couch.
I like to think of myself as the host who says, “Oh, there are no rules! Just kick back and relax!” But in truth, it’s more like, “Don’t put your towel there, don’t drink the water, and please close the windows between 3 and 5 p.m. so the shad flies don’t get in.”

All of the stars are executive producers, and you’re the showrunner. Is creative control something you insisted on?
Yes. This business is a real catch-22, especially for women. To become a show­runner, you have to have already been one, whereas for guys, it seems like they work in a writer’s room and soon it’s like, “Oh, it’s time for Johnny to run his own show….”

Is it true you created the demo reel on a $5 budget?
More like $5,000, but it was definitely down and dirty. We had a crew of two, the extras were our friends, and we used a wheelchair to move gear. We brought it to CBC and went into production pretty much the next day.

You’ve managed to make the CBC almost cool, which, with respect to Murdoch Mysteries, is a rather impressive feat.
I think CBC was looking for creator-driven projects. It was a risk but also a safe one. We’ve all been in the business, in various ways. We weren’t ingenues.

What have you been up to since shooting for Season 3 wrapped?
Spending time with my mom. And swimming in lakes and drinking caesars up north.

Were you always the funny one in your family?
No! My brother was. I wanted to be a lawyer. Then I acted in Les Liaisons Dangereuses at university and told my mom I wanted to be an actor. She was like, “Noooo.” I went to Second City, and here I am. But I’m still interested in law.

Do you feel pressure to be always “on”?
God yes, and I hate it. Even right now, I’m thinking to myself, Am I supposed to be funny?

When was the last time you laughed really hard?
The other day, my friend and I were at a coffee shop and the barista knew our order. I said, “Oh, you must have ESP.” The barista was like, “What’s that?” It was so fashionable in the ’80s to talk about extrasensory perception, and we started laughing hysterically about how that’s totally gone. So we’re trying to bring it back. ESP is going to have a moment. Just like female comedy.