Every week, we interview one of the rose-less women booted off The Bachelor Canada. This week, Vancouver performer Pricilla

Name: Pricilla Mudaliar
Age: 32
Hometown: Vancouver
Profession: Singer and actress (she is credited as “Hot Girl” on the TV show A Girlfriend’s Guide to Divorce on IMDb)
Fun fact: She auditioned to be a co-host of ET Canada three years ago

What inspired you to sign up for The Bachelor Canada?
Love and adventure. I auditioned for the American Bachelor two years ago and got cut in the final round of selections. For the Canadian version, I tried out with a bunch of friends. I had a feeling I would get it, and I did. It just didn’t last very long.

Flash forward to that all-important first encounter after you step out of the lime. You see Chris and you’re thinking…
I was pleasantly surprised. I thought he was really tall. I don’t normally date blonds, but I was open to it. He seemed fun. Our initial chat was light, but it felt promising.

It’s hard not to notice that many of the women were dressed in a similar sparkly princess ball gowns. Do producers advise you on what to wear?
It’s a combination of personal preference and advice from wardrobe. I loved the dress that I wore—it was the one that I picked from the start. Some of the girls brought their own dresses.

You ended your first meeting with Chris by joking that you would “buy him a drink” inside, and he responded, “I think the drinks are free.” Clearly, you were trying to make a joke. Did you worry that maybe your dream man didn’t share your sense of humour?
To be totally honest, yes. I laughed it off as I walked into the mansion. I’m sure as I walked away, he realized, “Oh, she was making a joke.” Everyone was a little nervous. 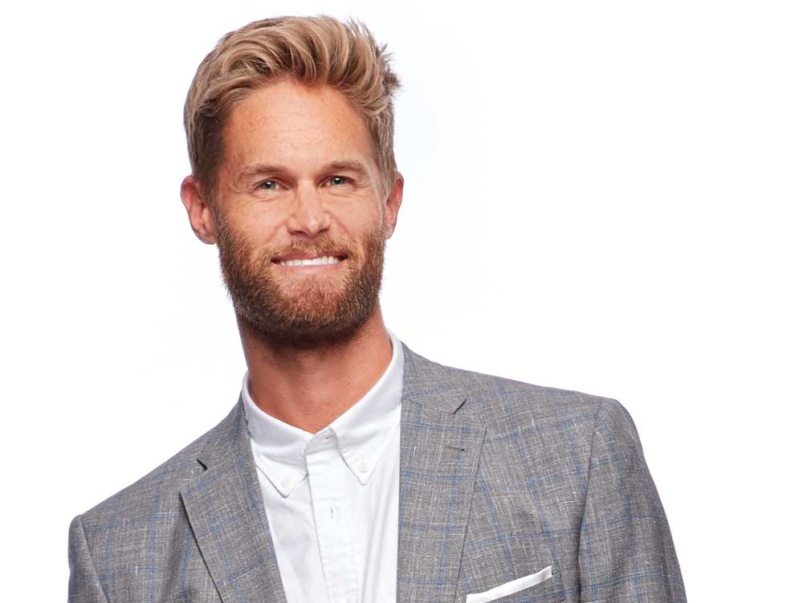 Overall, did you sense any chemistry there?
It’s tough to say because I didn’t really have the opportunity to get to know him. I don’t think he’s the type of person my friends or family would set me up with, but I’m not huge on looks. I’d rather connect with somebody and then worry about what they look like.

So Chris was too hunky for you?
Ha! Sure. 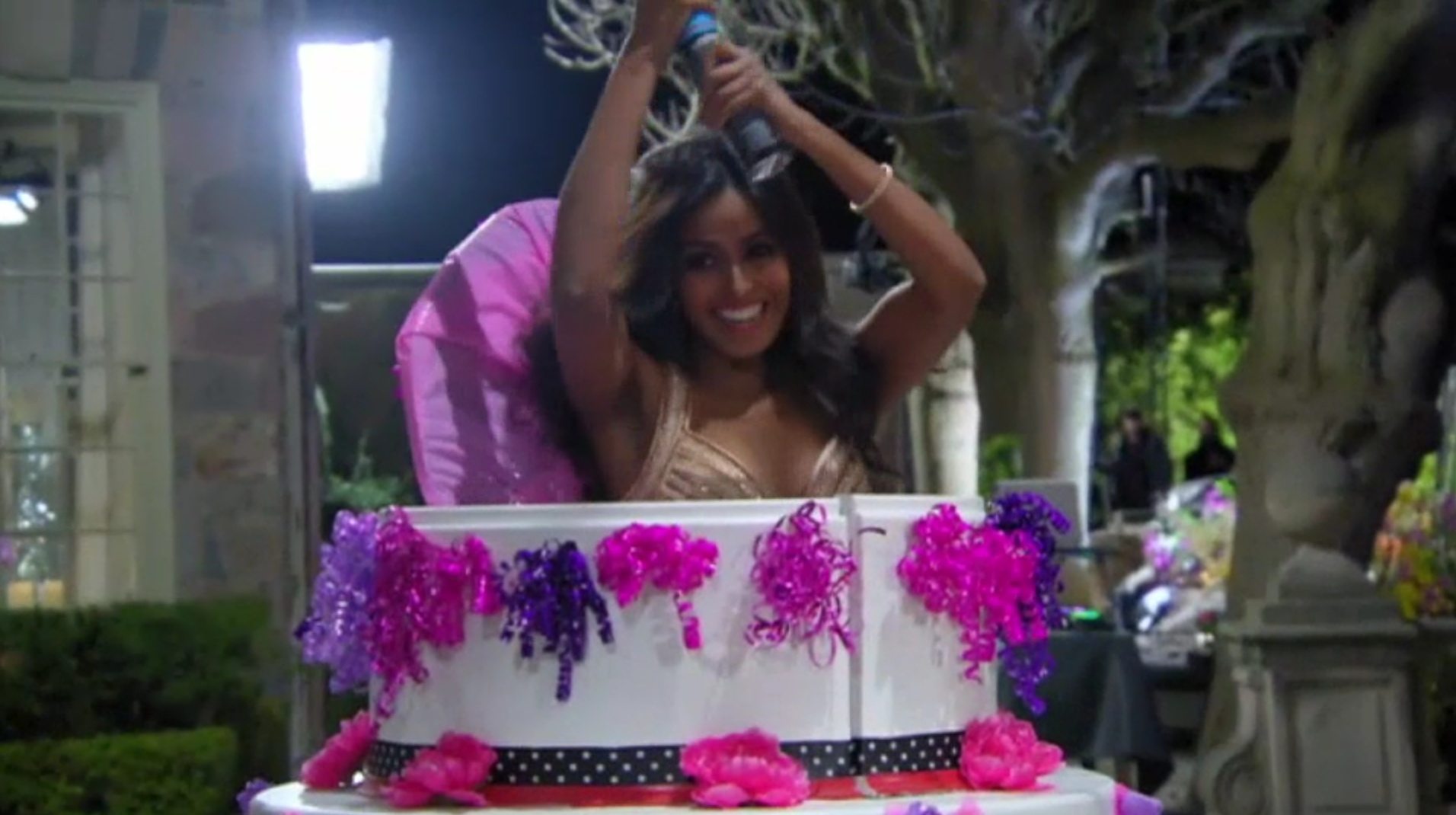 Your Bachelor Canada legacy will be jumping out of a giant cake and singing a sexy “Happy Birthday” to Chris, who turned 28 on the night of that first cocktail party. How did that happen?
It was a last-minute thing. [The producers suggested it], and I said, “Sure, why not?” I think it ended up being a highlight of the premiere.

Some of the girls had not-so-charitable comments about your singing voice. Did that surprise you?
It didn’t really faze me. I know what I sound like, and so does anyone who has heard me live.

In general, how catty is the environment?
There is definitely tension and drama in the air, but I also got along with a lot of the girls. 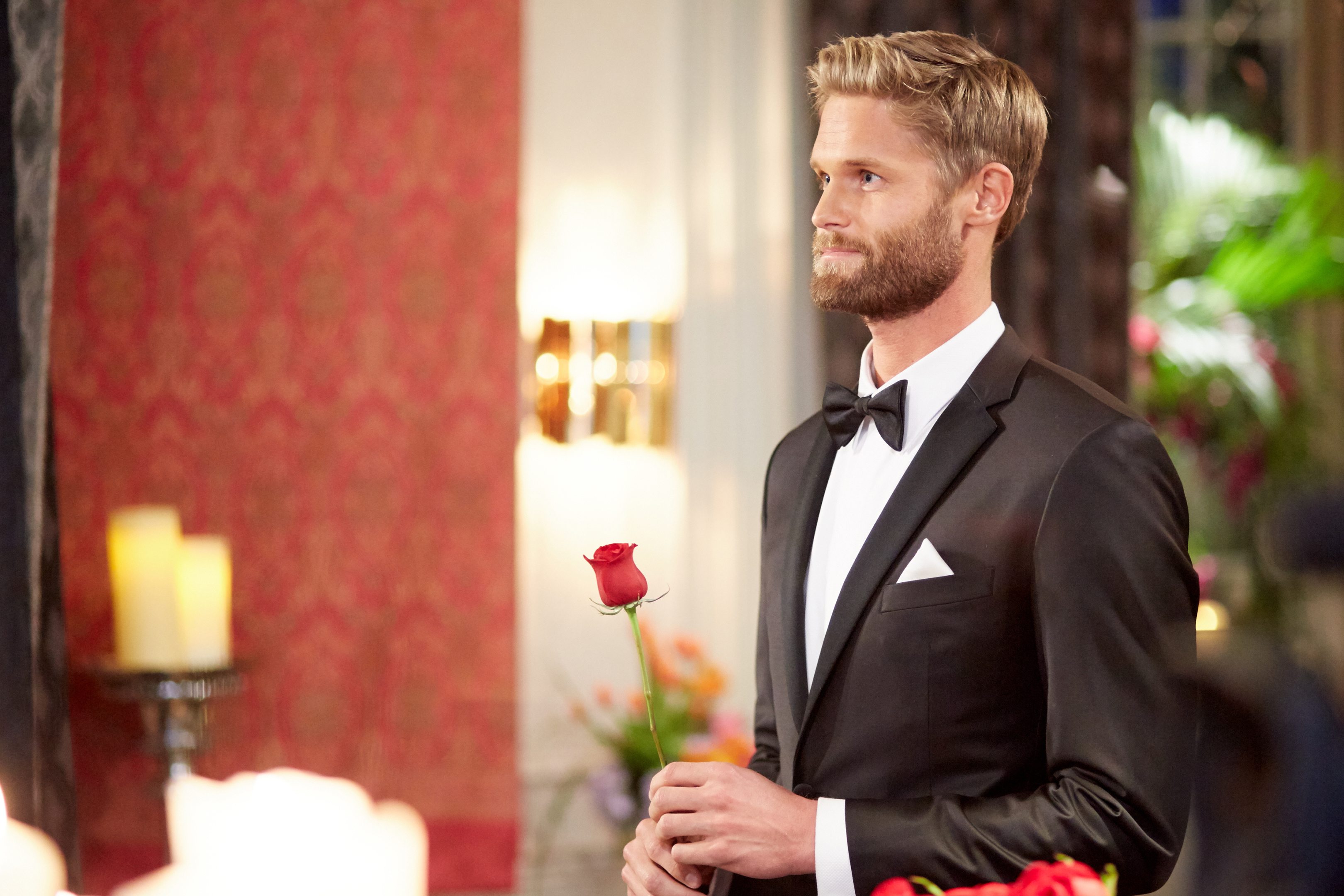 Given that you didn’t end up getting a rose, do you wish you’d spent less time jumping out of cakes and more time one-on-one?
I have no regrets. The one thing I wish I had was a bit more time to get to know him. I tried to talk to him alone, but it didn’t work out. I like being pursued, so it didn’t really fit with my personality.

But this is The Bachelor. You have the steal the guy away!
I did try a few times, but it wasn’t on camera.

Who did you see as your biggest competition?
You know, people may not believe me, but I didn’t think of it that way. I wanted to have fun and get to know Chris and see where that might lead. I mostly made friends with the girls. We were joking about how we were obviously Canadian because everyone was so nice.

Why do you think you didn’t get a rose?
I honestly don’t know. I went into the process trusting what it is. I think if I had walked in and felt so compelled—like, “Oh my god, this is the guy for me”—maybe I would have done something differently.

Anything you want to say to Chris?
I wish him all the best and hope he finds what he is looking for.