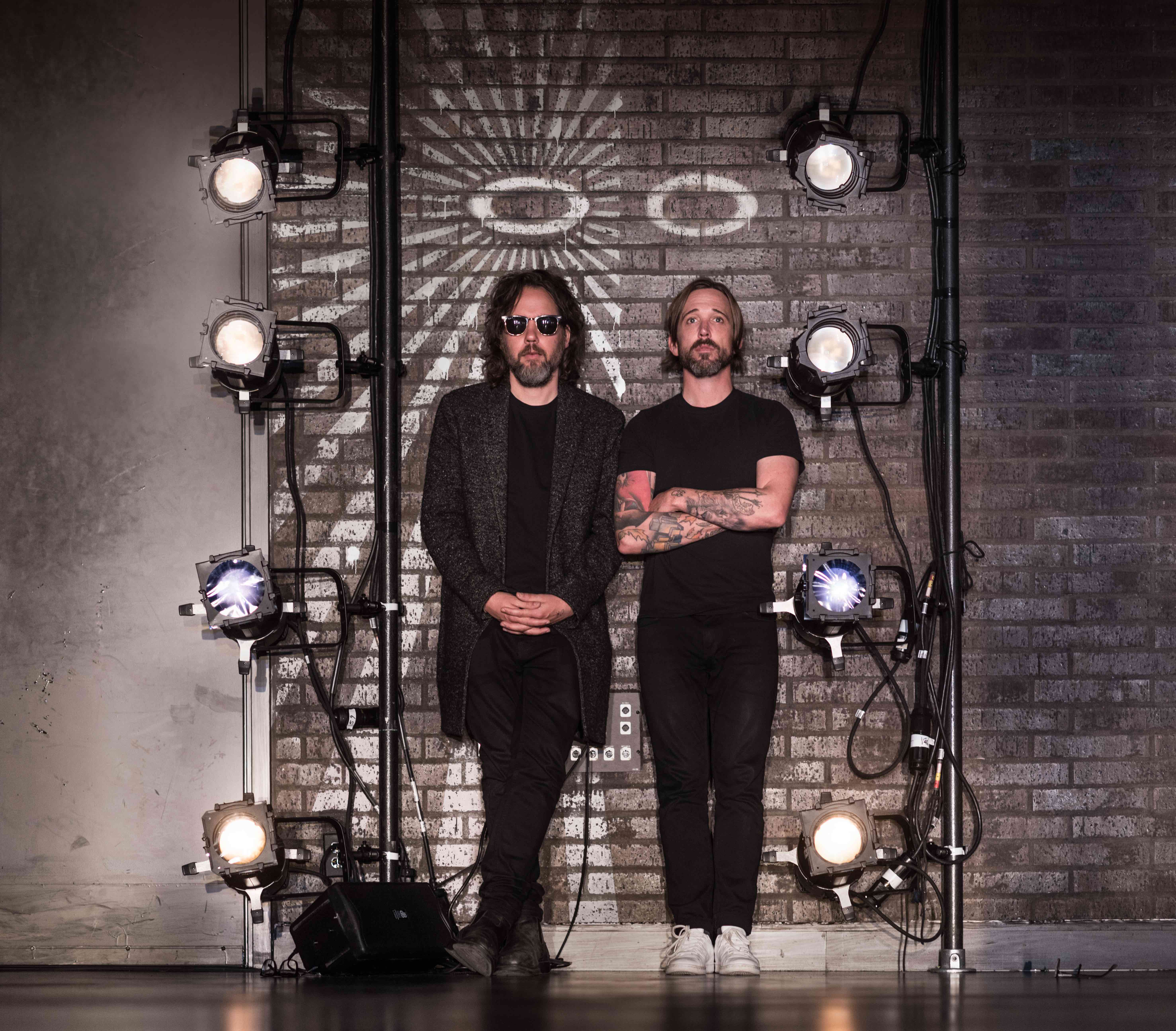 Since co-founding the indie-rock collective Broken Social Scene in 2004, Kevin Drew has kept busy: he sings, composes, produces, makes films, draws pastels and has collaborated with Canadian icons like Gord Downie and Andy Kim. Now, Drew is adding playwright to his robust resumé. His debut play, A&R Angels, premieres tonight at Streetcar Crowsnest. It’s the story of two angels (played by Drew and Billy Talent singer Ben Kowalewicz) who write songs to save people from committing suicide. Here, Drew talks inspiration, why it’s important to say yes to things that scare you, and the reason he got off Instagram (hint: he’s not a fan of FOMO).

You’re known first and foremost as the front man of Broken Social Scene. What made you want to try your hand at musical theatre?
When I sat down to write this play a couple of years ago, I had become so frustrated with online streaming and all of that, and I wanted to retaliate against the digital landscape. As a musician, I’ve got an analogue heart, and it started to haunt me that the Uptown Theatre had closed and Roger Ebert was dead. You used to go to the video store and lose two hours browsing; now, you just sit in your house and lose two hours. It’s sad. I’ve always felt like human contact is the most powerful force in terms of creation.

I’ve seen A&R Angels described as a comedy about suicide. Is that how you would put it?
Not at all. The show is set in a reality where the great ballads of the world are written by angels, and where the test audience for those ballads is people who are thinking about killing themselves. The lead characters are two angels—a songwriting duo who used to be on the top, writing all the hits. Then people stop responding to their music the way they used to. They’re starting to unravel and they need a hit because people are dying. 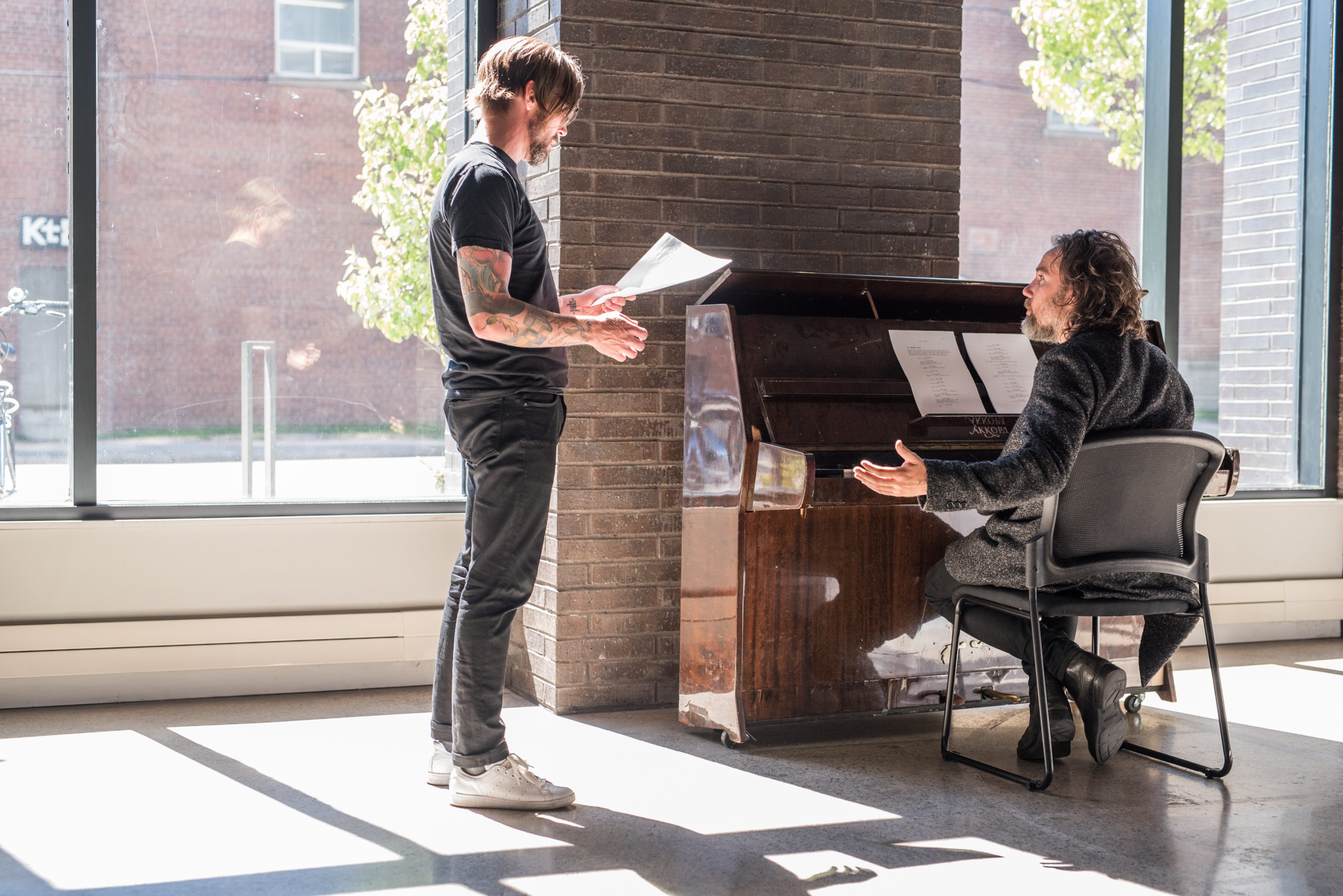 You’re also starring in the musical. How is taking the stage as an actor different from taking the stage as a musician?
It’s different, but it’s still about going out there, ripping yourself open and not caring. I didn’t initially want to act in the play—I wanted to watch it. But the director, Chris Abraham, convinced me. The thought of acting scared the shit out of me so much that I realized I had to do it. I’m 41 years old. If I’m not doing something I’m afraid of, what’s the point?

Has working in a new medium inspired you in the way you’d hoped?
Yes. People in the theatre world are doing this because they love it. They’re not thinking about commerce. That’s what art used to be: you had a passion inside of you, and money was a bonus. In music, it’s difficult to take chances anymore. Remember the days when you couldn’t listen to a record before you bought it? You paid $18 without knowing what you were getting. The mystery of that was amazing. It’s the kind of thing that fuels me. But that’s going away and people don’t care. It blows my mind.

I gather the show has some fun satirizing the music industry.
There are definitely some zingers. I take the diva-esque songwriter thing to its extreme limit.

You are obviously dubious of the digital world. What are your own social media habits like? Do you tweet or troll or spend hours on Instagram?
Our phones are an addiction, and I’m no saint. I am a massive hypocrite. I kill hours! God bless the people who love it and don’t feel lonely because of it. I think if we had access to the Internet for just three hours a day, we would be a lot happier. The internet from 3 to 6 p.m. Go crazy! I used to be on Instagram, but I ended up knowing way too much about what other people were doing, and I’ve never really felt FOMO, even if I were sitting and staring at a wall. I find social media kills conversation. Everyone’s just looking and reading and looking and reading. Recently, I bumped into a friend and asked them what they had been up to. They didn’t say much, but later that night I saw that the same person post this huge speech about a topic I had asked about. I guess just one person wasn’t enough. People save it for an audience now.

Do you think’s there hope? I hear young people are embracing analogue.
Yeah—it’s amazing. Today, the cool kids are in bookstores and vinyl shops. They are going to be the generation that laughs at how narcissistic we have become. 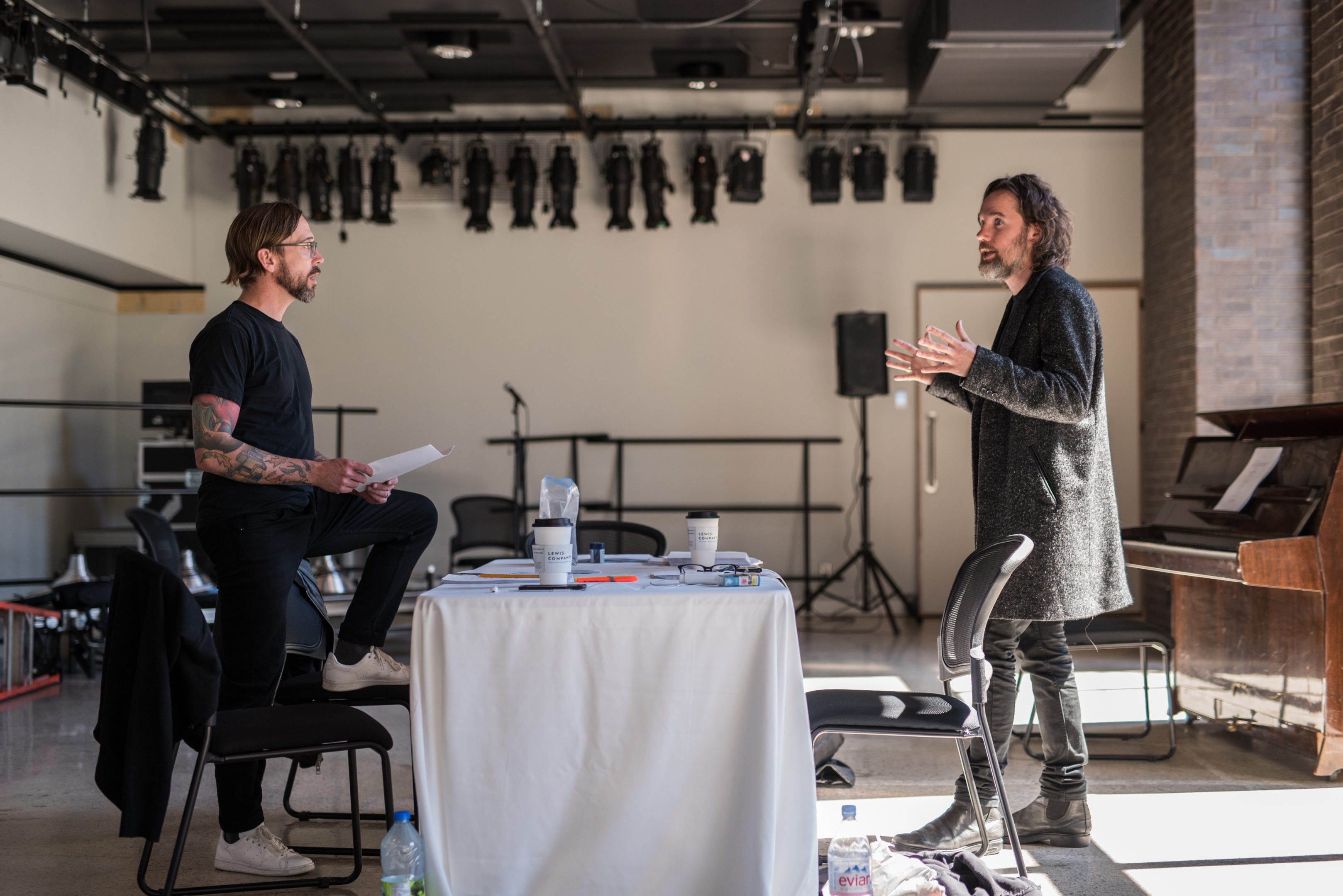 Broken Social Scene recently released its first album in seven years. What was it like getting the band back together again?
It was absolutely wonderful. We just finished an incredibly beautiful tour. There’s nothing like it. We have all been through so much, and we know each other’s good and bad sides.

What’s the biggest difference about being on tour at 20-something vs. 40-something?
Now we have babies and kids with us on the tour, which was beautiful. It made things so much better.

You were a friend of Gord Downie and produced his final album, Introduce Yerself. How do you think Gord would want to be remembered?
Exactly how we are all remembering him. He was a man who brought us together. I’m very grateful to have had him in my life. I haven’t fully processed it yet. People come up to me and say, “Sorry for your loss.” I say, “Sorry for your loss.” We all lost somebody there. I keep my memories of Gord close. He had this great saying: “Put it in your back pocket.” If there was a beautiful moment, he’d say, “Kev—put that in your back pocket.” I love that.