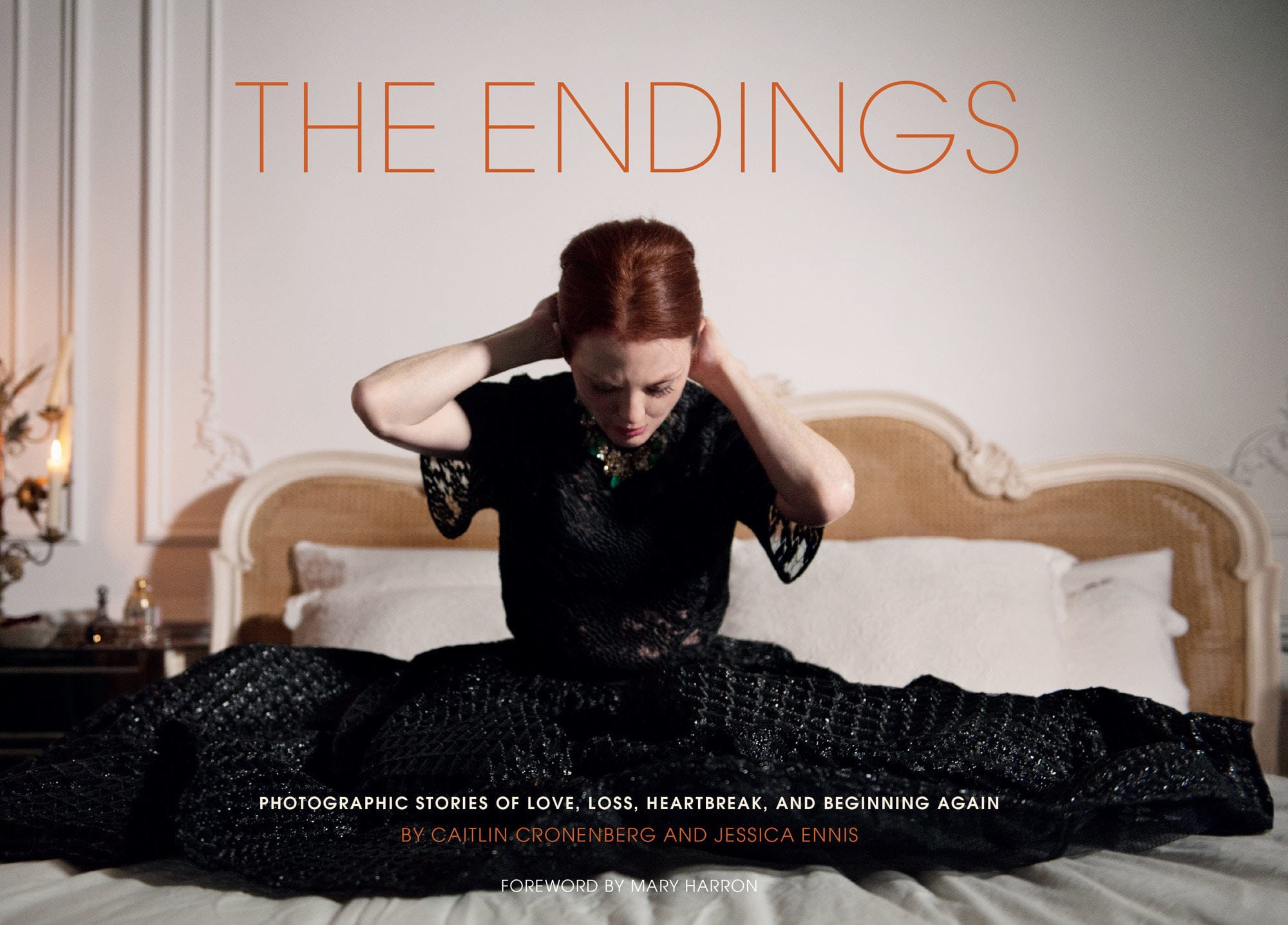 Most people want to move on after breakups, but celebrity photographer Caitlin Cronenberg and art director Jessica Ennis have turned heartache into fine art. For their new book, The Endings: Photographic Stories of Love, Loss, Heartbreak and Beginning Again, they collected true tales from friends, family and strangers. Then they created characters based on the stories, styled costumes and sets, and photographed famous actors—including Julianne Moore, Keira Knightley and Tessa Thompson—who reconstructed the scenes of love gone awry. Here, Cronenberg and Ennis discuss the stories behind some of the photographs: 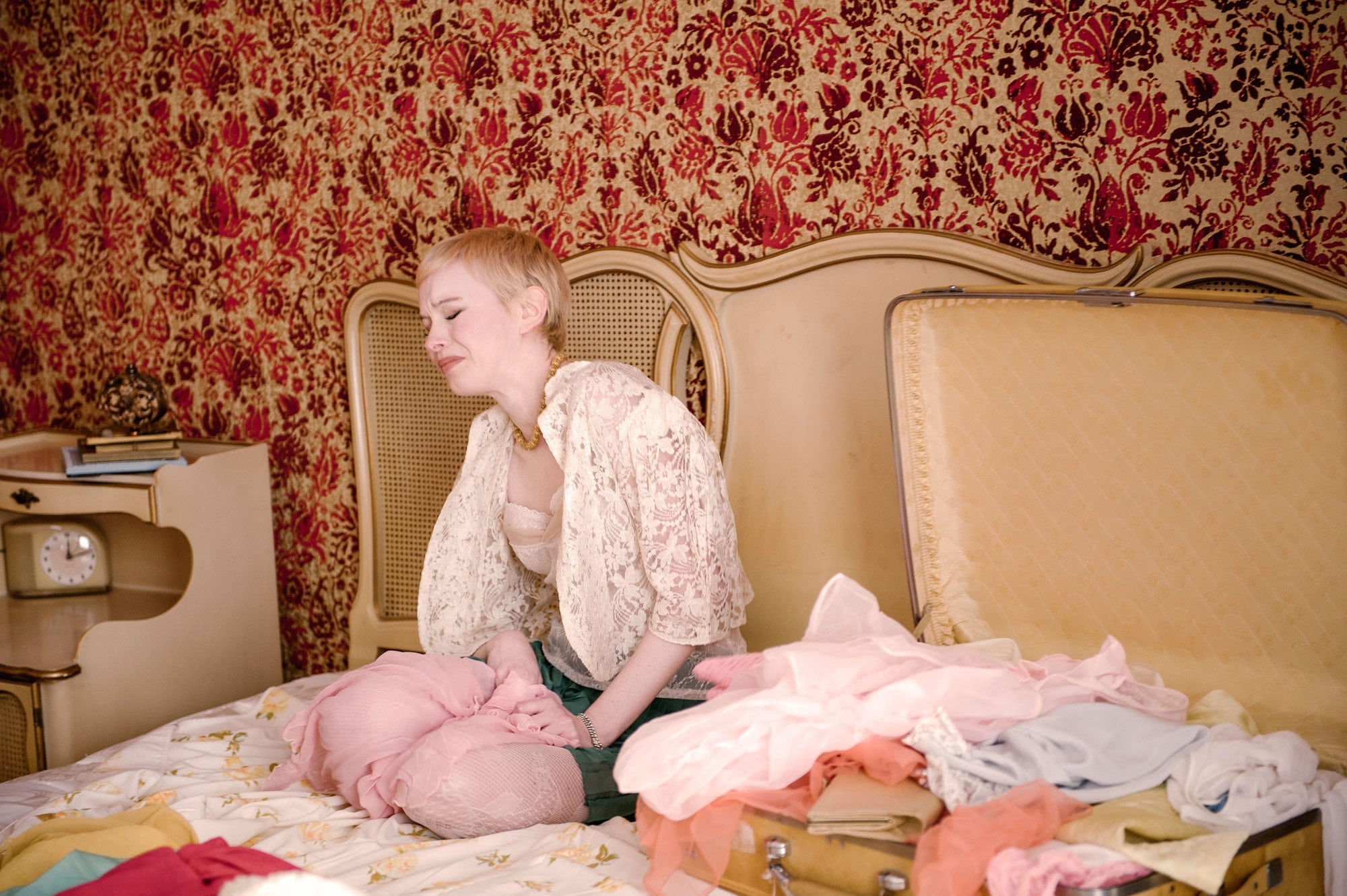 Canadian actor Christine Horne was Cronenberg and Ennis’ first subject. The inaugural breakup shoot, set in a Toronto home, helped the collaborators develop their creative process. “It was just the three of us,” Ennis says. “Having that intimacy with the subjects and allowing them to live in the space worked well for us.” They wanted to shoot in this space, specifically, because of the unique wallpaper. The photo represents a “traditional” breakup: the character was living with her partner, they broke up and now she’s packing up her belongings. Ennis says Horne got so emotional during the shoot that they were afraid to interrupt. 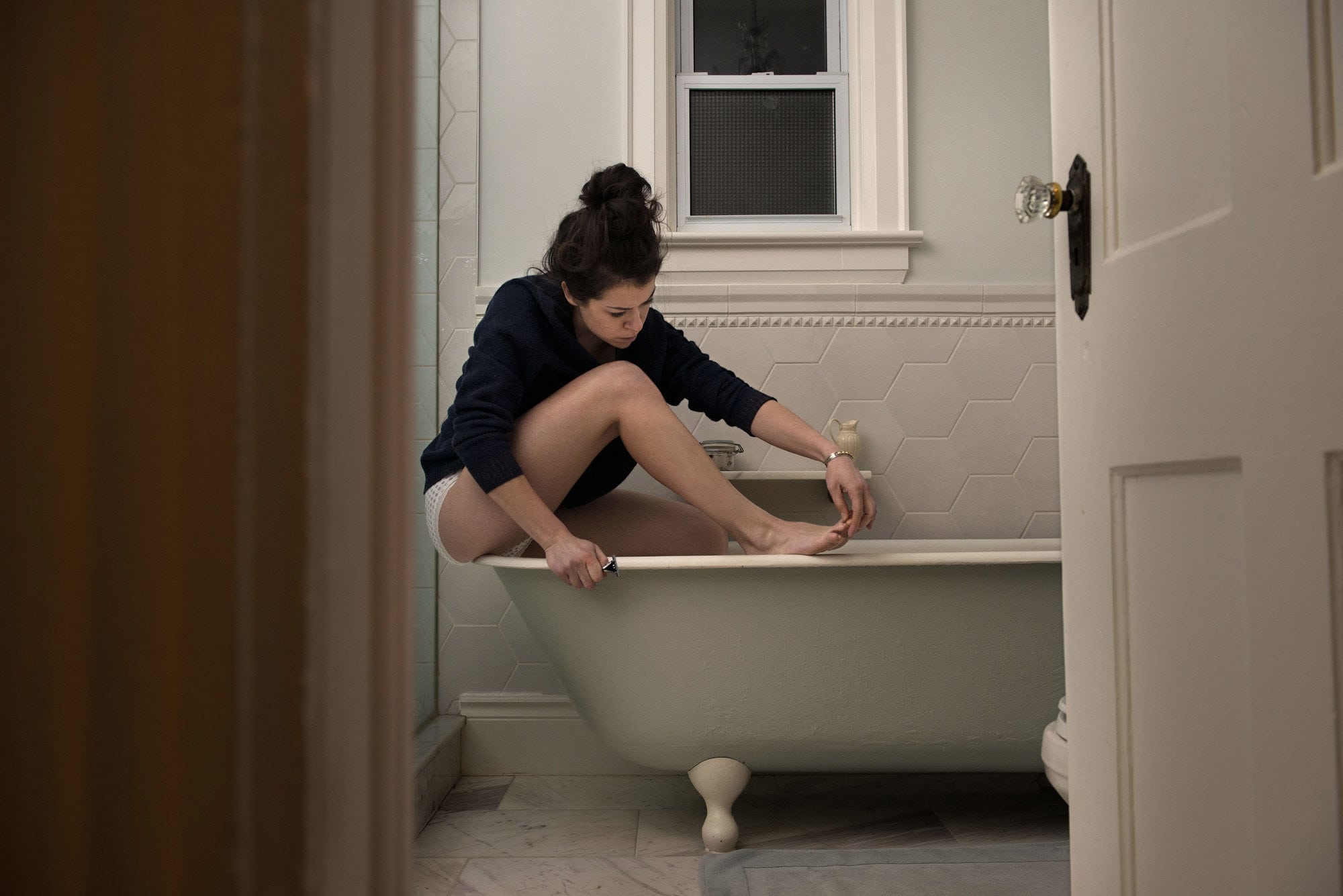 A few years ago, Cronenberg and Ennis shot the actor Gugu Mbatha-Raw as a wife discovering evidence of her husband’s infidelity. Years later, they photographed Orphan Black’s Tatiana Maslany in the same space, casting her as the mistress. They shot both scenarios at a friend’s house. “Tatiana is existing in the house but trying not to get too comfortable. She has the perfect mix of confidence and hesitancy,” says Ennis. 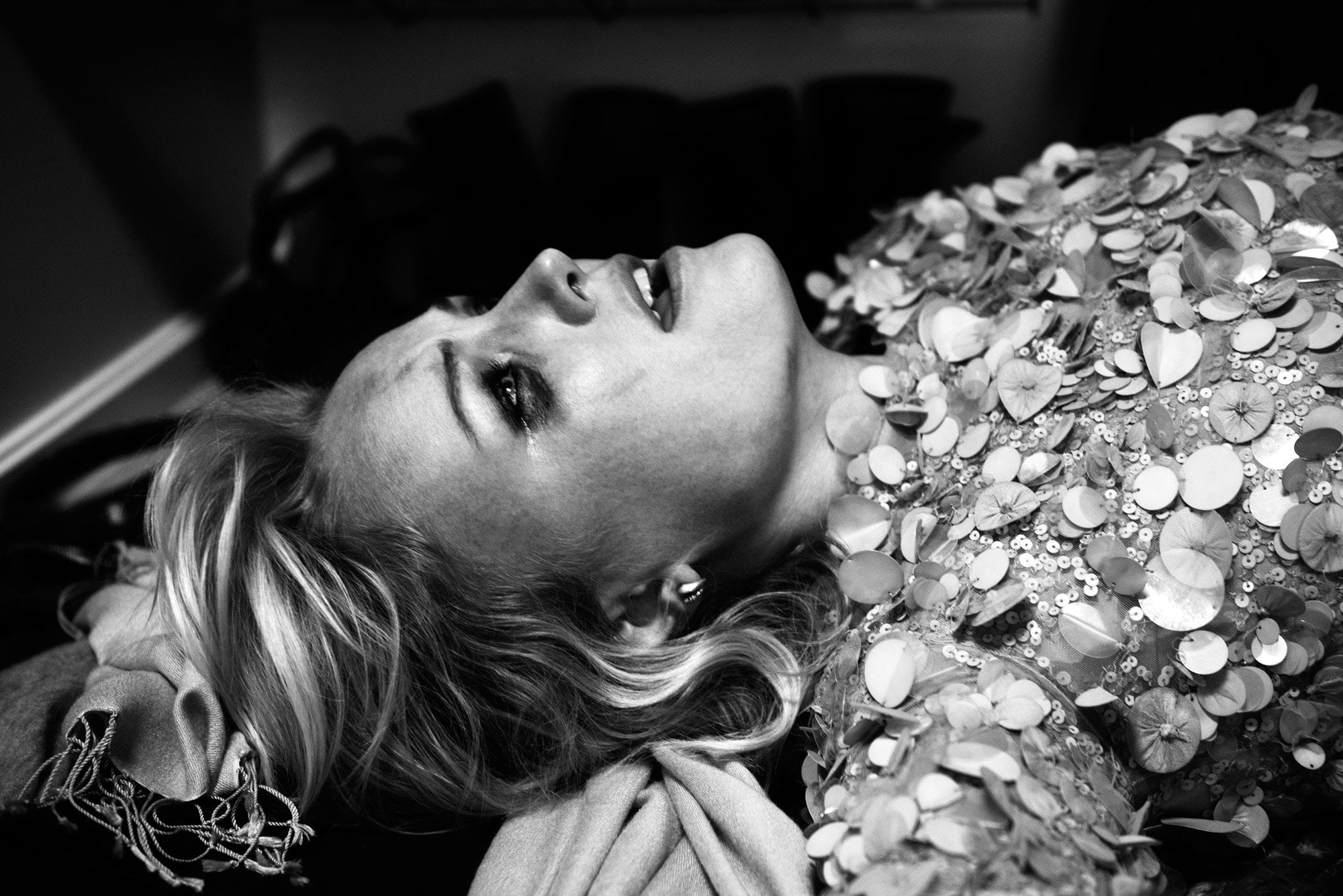 Cronenberg and Ennis wanted to include a story about technology’s place in modern romance. They shot Malin Akerman hidden away in a New York closet, capturing the moment she discovered something she wasn’t supposed to see on her partner’s phone. The two decided to tell Akerman’s story through a single image instead of a series of photographs. “That moment of pure devastation that she’s showing in this photo—we thought that was powerful enough to stand on its own,” says Cronenberg. 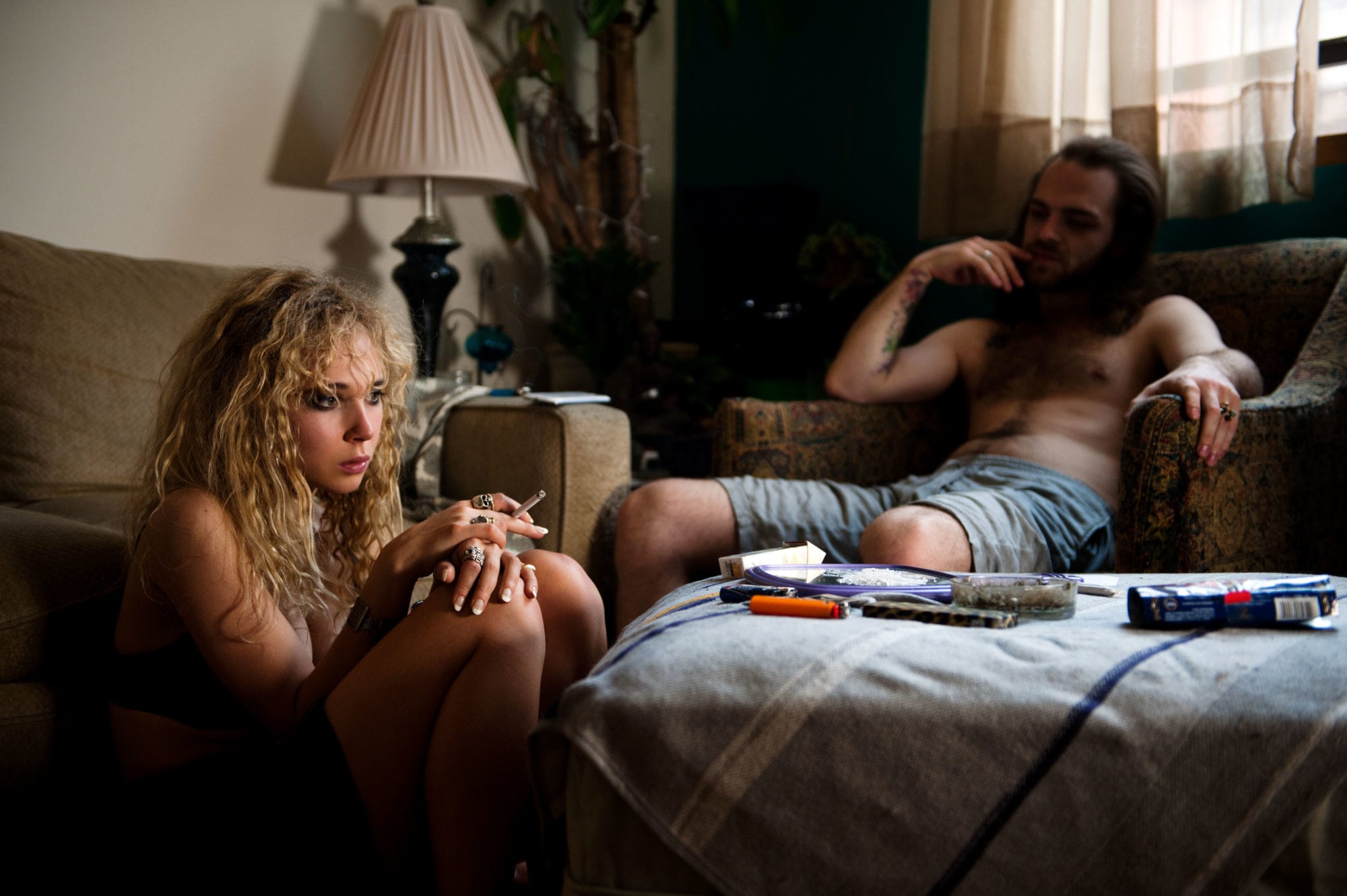 Cronenberg and Ennis shot the British actor Juno Temple in several Brooklyn apartments over 17 hours; the guy in the background is a friend of the set stylist. The scenario dramatizes the downward spiral that often follows the end of a relationship. “She’s sleeping with a lot of men and women and doing drugs,” Ennis says. “She’s not showing a lot of self-love.” 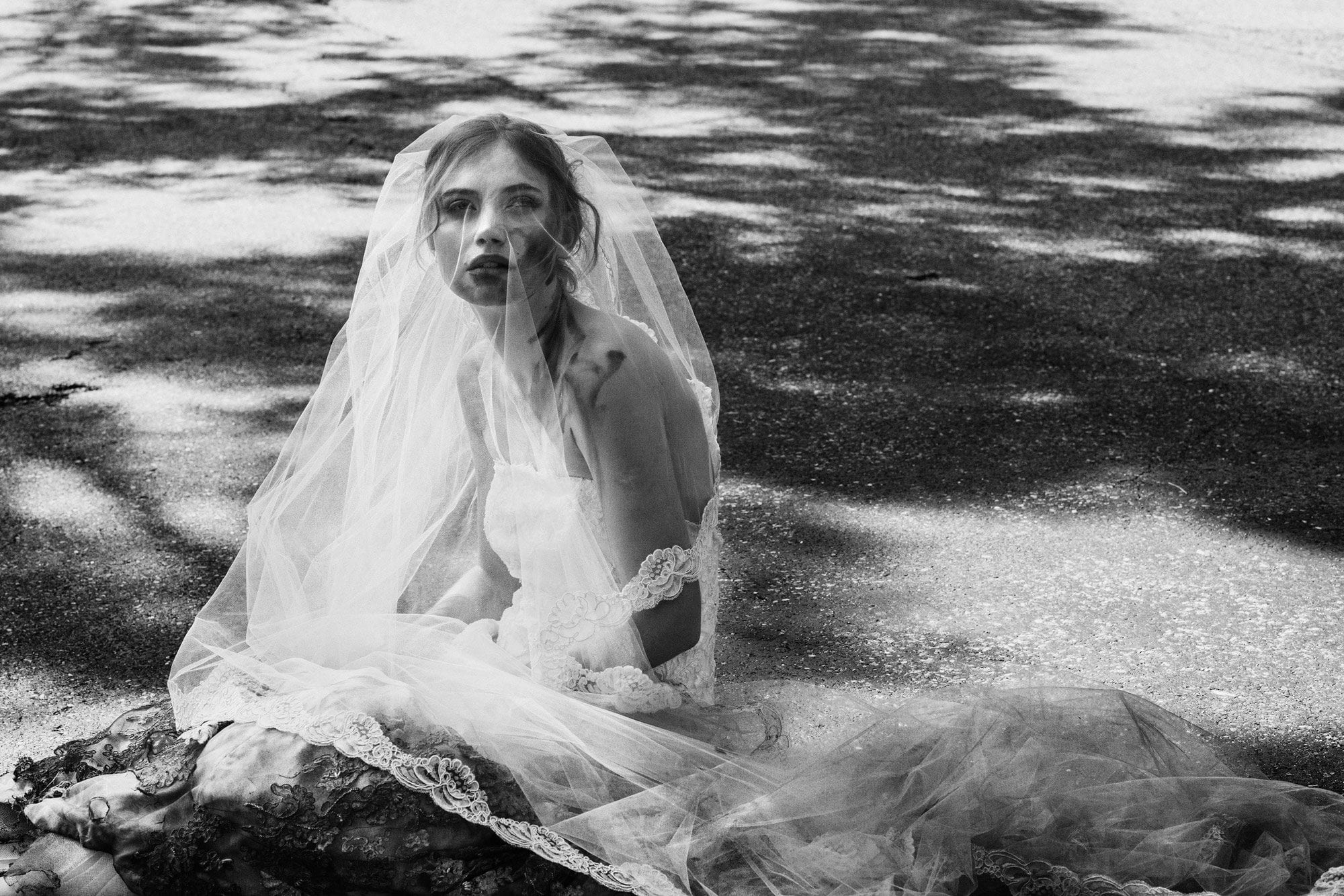 For this shot, Cronenberg and Ennis tried to upend the notion of happily ever after. They bought the dress and veil online, then burned it to give it a frayed look. The British actor Imogen Poots posed in the middle of the road in suburban New Jersey. “When you’re young, it’s like getting married is this finish line, and then everything’s perfect,” Ennis says. “We were trying to contrast that idea.” 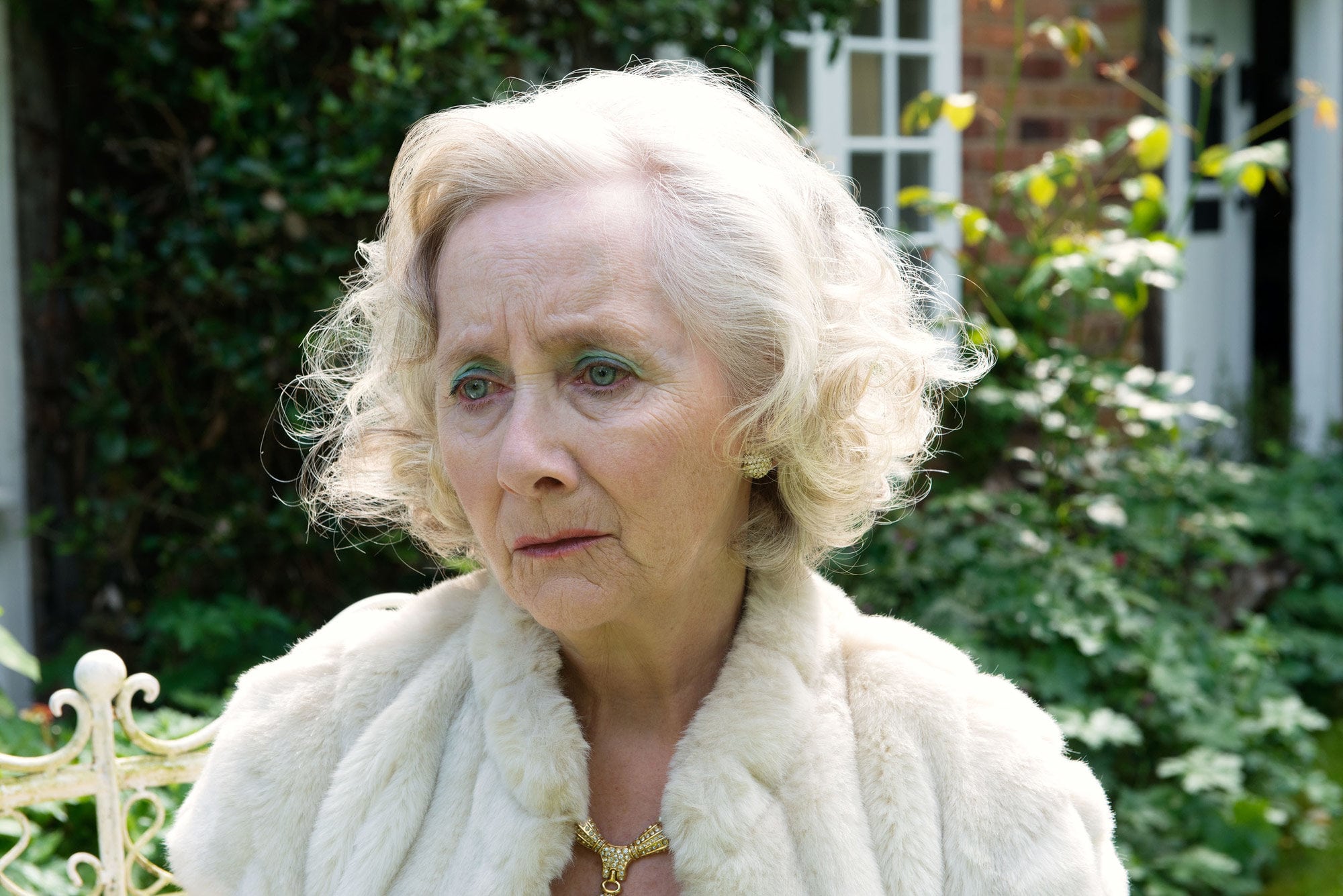 This shot, depicting a woman longing for someone she lost a long time ago, was inspired by Ennis’ grandmother, who has dementia. Her grandma would often speak to her like she was 18, asking her questions about high school. “She was stuck in a different time,” says Ennis. They photographed actress Gemma Jones near London, modelling the style of the shoot after Ennis’ grandmother, who still wears blue eyeshadow. 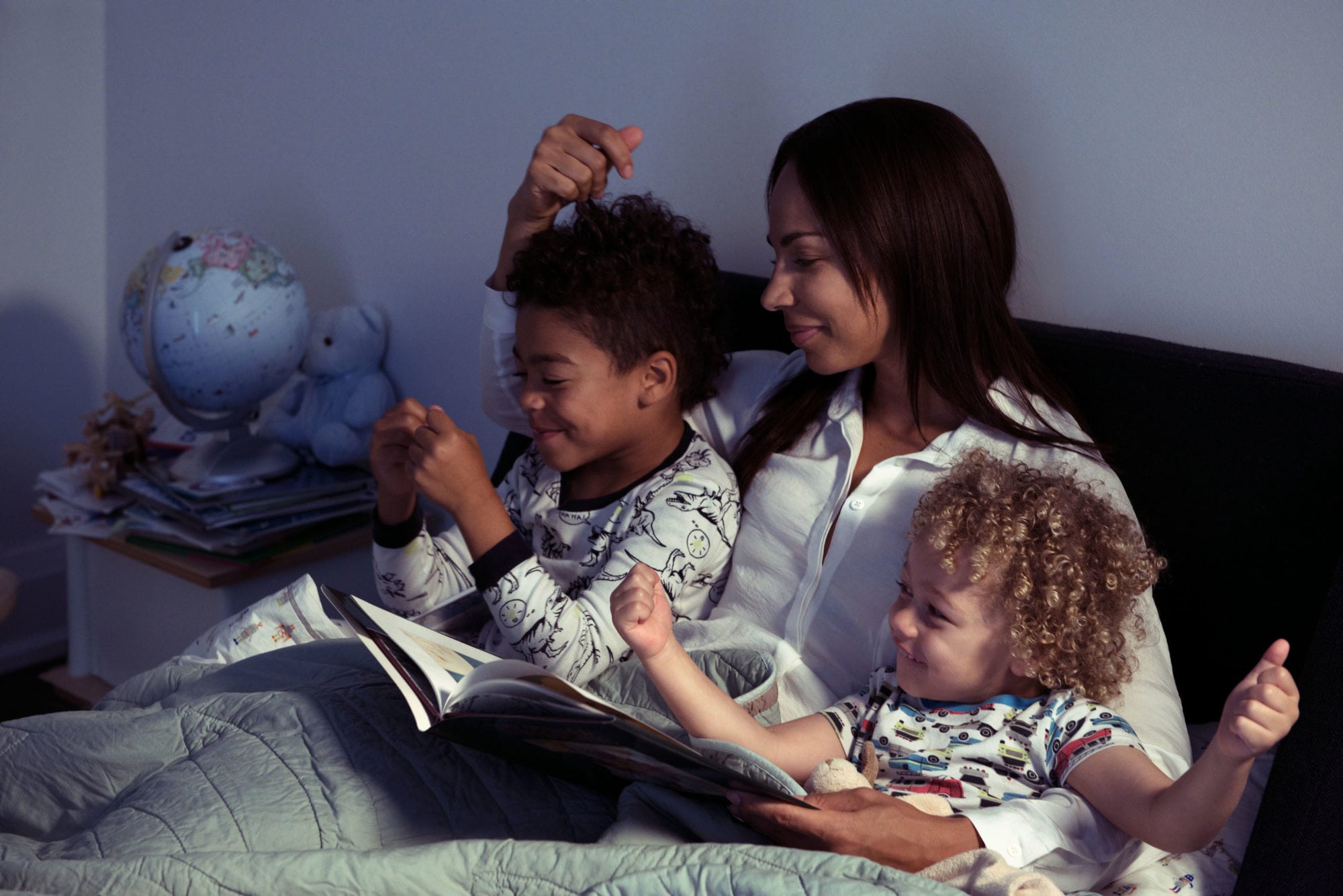 A long-time friend of Cronenberg, Handmaid’s Tale actress Amanda Brugel poses as a mother who knows her marriage is failing, but tries to stay positive for her children. “We really wanted to tell a story with kids, and I’ve been obsessed with Amanda’s since they were born,” Cronenberg says. 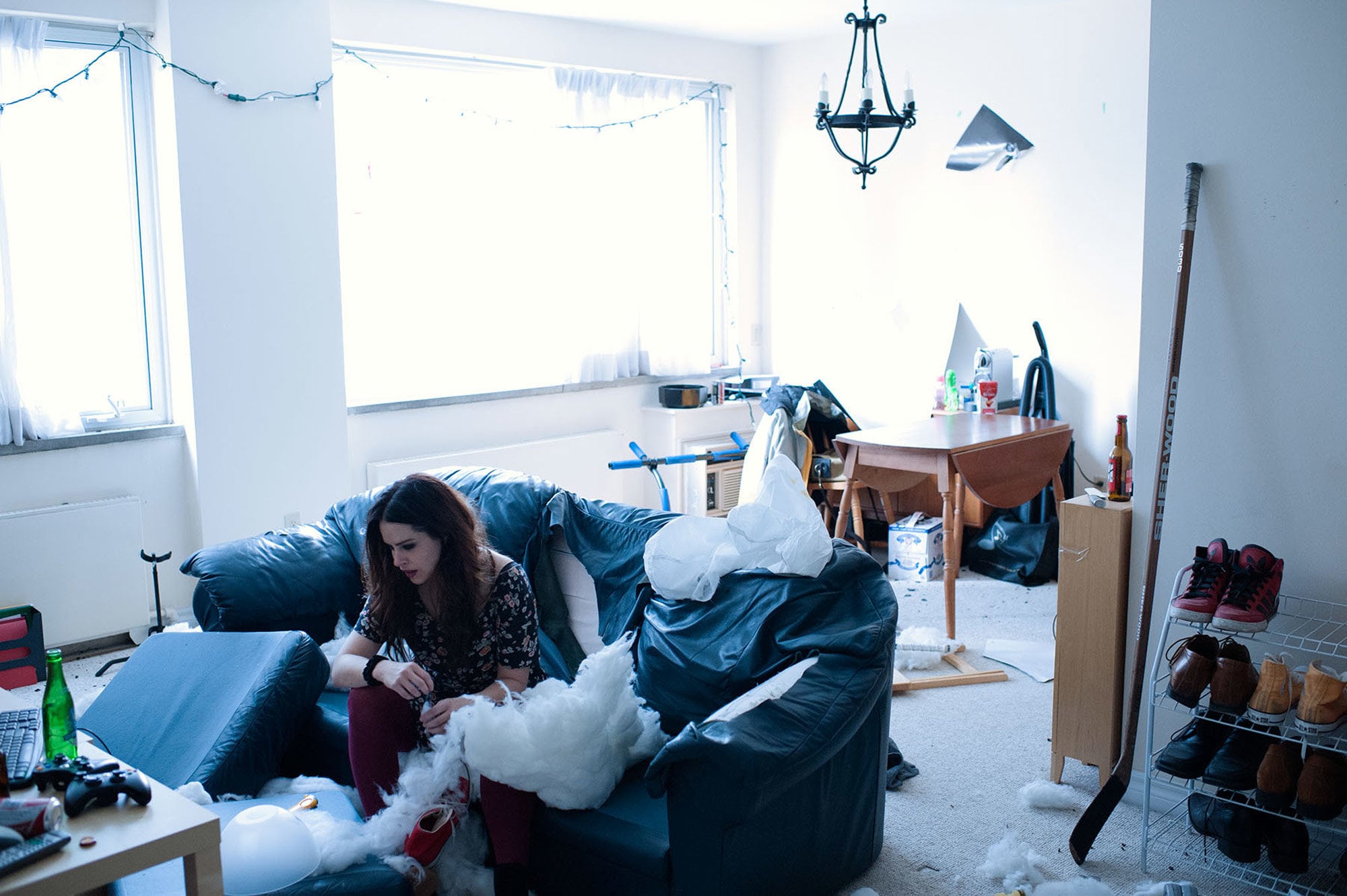 The scene was inspired by a story from Ennis’s former co-worker, who suspected her boyfriend was cheating after discovering two of the exact same salads in his fridge. She thought, why would he order two of the same thing unless there had been a woman here? So she trashed his place. According to Cronenberg, heartbreak often needs a physical outlet. “I’ve never broken into my ex’s house and smashed things with a golf club, but I’ve wanted to,” she says. “This photo is a bit of a fantasy come to life.” 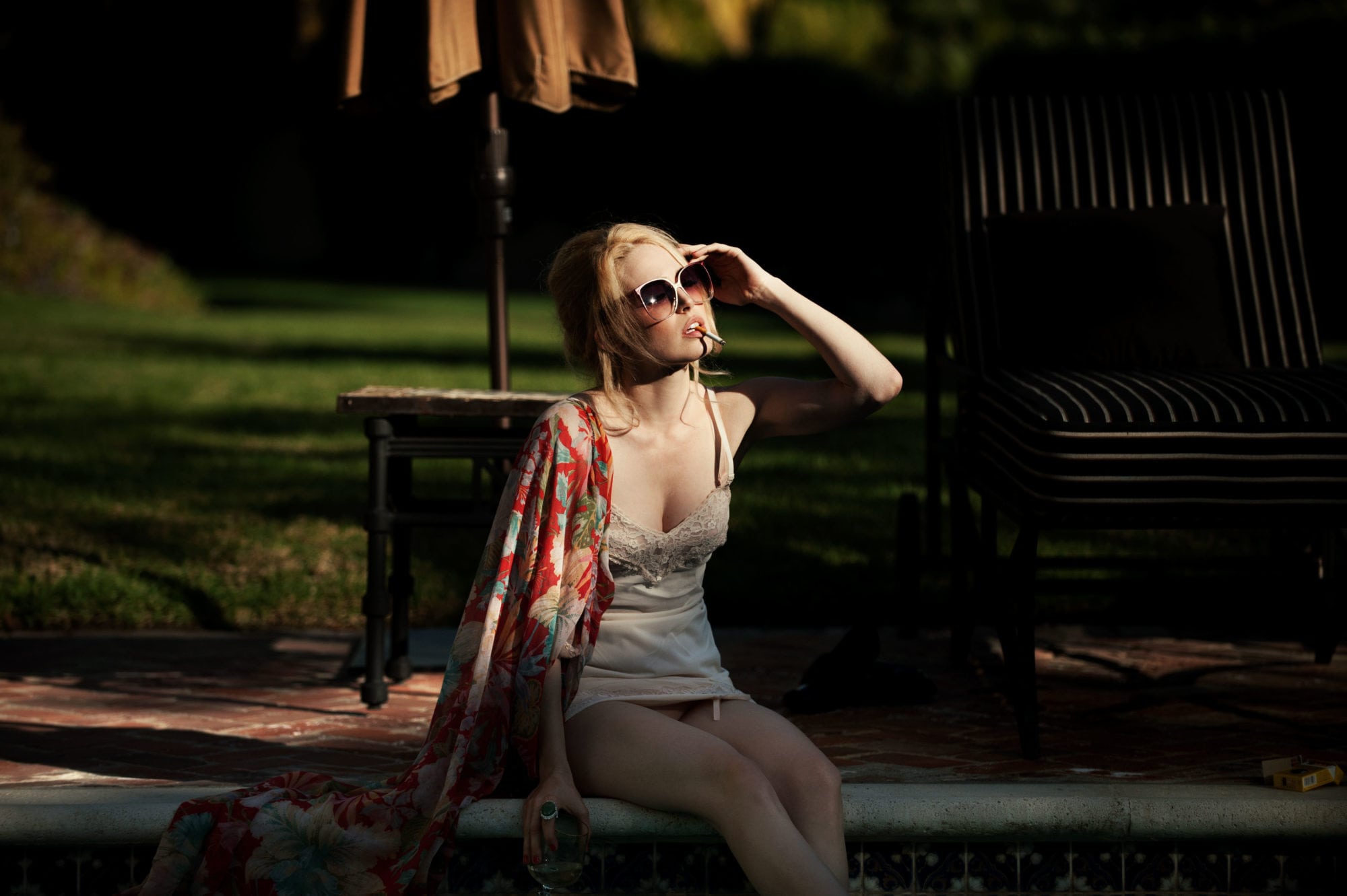 Unlike the other characters in The Endings, Charlotte Sullivan’s photos don’t depict a breakup. She looks effortlessly chic and calm, lounging by a pool in sunglasses. This was intentional: she’s meant to depict a kept woman. “She’s married to someone who is wealthy, powerful, busy and doesn’t really give a shit about her, romantically,” says Ennis.