When you need a streaming break from all the burgers and fireworks of this long weekend, you’ll have plenty to choose from. Murder-mystery-comedy Only Murders in the Building is back for its second season with a new crime to solve, and the blockbuster finale of Stranger Things’ fourth season is finally here. Making its debut is The Terminal List, a new thriller starring Chris Pratt as a Navy SEAL who survives an ambush only to discover he’s still in danger. Here’s our roundup of the best new titles available on Disney Plus, Netflix, Prime Video, Crave and Hayu this week.

Only Murders in the Building: Season 2

Everyone’s favourite true-crime podcasters (played by Selena Gomez, Martin Short and Steve Martin) are back behind the mic with a brand-new murder mystery. This time, the stakes are much, much higher: the unlikely trio are prime suspects in the case and subjects of a competing podcast. Now streaming

Joey King stars as the titular princess who does not pay any mind to the conventions of polite society in this action-packed romp. When the fierce royal refuses to marry the sociopath (Dominic Cooper) to whom she was betrothed, she’s kidnapped and trapped in a tower. From there, she must find a way to save the kingdom before her ex-fiancé steals her father’s throne. July 1

Multi-hyphenate Lena Waithe penned the screenplay for this stylish drama about a young Black woman (Gracie Marie Bradley) who has to juggle complicated relationships with her family, girlfriend, the music industry and her own identity after landing a major recording contract. Now streaming

You’ll find plenty of classic family sitcom charm in The Upshaws. The series follows Bennie (Mike Epps), the patriarch of a working-class family in Indianapolis; his ambitious wife, Regina (Kim Fields); his ex, Tasha (Gabrielle Dennis); their children and his very judgmental sister-in-law, Lucretia (Wanda Sykes, who is also co-creator of the series). Now streaming

After the jaw-dropping revelations of the first part of Stranger Things’ fourth season, Eleven and her pals in Hawkins (and abroad) must come together to face Vecna in the final two episodes. They can tell this is the biggest threat from the Upside Down yet. Cue the Kate Bush soundtrack. July 1

Chris Pratt stars in this action-thriller series—adapted from the Jack Carr novel—as James Reece, a Navy SEAL who returns home from a mission abroad unable to trust his own memories after his platoon gets ambushed. While there are questions about his involvement in the tragedy, James uncovers new evidence that suggests both he and his loved ones are in grave danger. July 1

Prepare to feel all the feels in the latest from acclaimed French filmmaker Céline Sciamma (Portrait of a Lady on Fire). This emotional tale about grief and familial connection follows eight-year-old Nelly, who travels with her parents to her mother’s childhood home after the death of her grandmother. There, she becomes fast friends with a girl her age who looks a lot like her. July 1

Set in the 1980s, this charming comedy chronicles the lives of 12-year-old Cucu Castelli (winning newcomer Olivia Goncalves) and her tight-knit family. The series follows the Castellis from the Dominican Republic as they create their own version of the American dream in Miami. Now streaming

In what could be considered the Super Bowl for Real Housewives fans, some of the franchise’s most popular alumnae—including New York’s Jill Zarin, Atlanta’s Phaedra Parks and Orange County’s Vicki Gunvalson—have united for an all-stars season. Tune in for their chaotic, dramatic week-long vacation at Dorinda Medley’s infamous country estate, Bluestone Manor, in the Berkshires—or, in Housewives parlance, “the Bezerkshires.” Now streaming

Topics: streaming What to watch 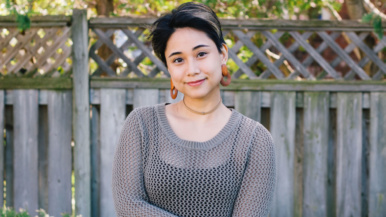