Last year, Elder Duke Redbird was invited to join the advisory board for Sidewalk Labs’ proposed Quayside development. Prior to the meeting, the 80-year-old artist, poet, scholar, and Wisdom Keeper from Saugeen First Nation noticed that there were no land acknowledgments on any of the waterfront development websites he’d come across. Some even referred to the area stretching from east of Ashbridges Bay across through to Ontario Place Marina as long-neglected and underused. Redbird was perplexed. “For thousands of years, we had ceremonies and raised families there,” he says.

In 1805, the Mississaugas of the New Credit First Nation surrendered 250,830 acres of land to the British Crown in exchange for 10 shillings (roughly $60 in value in 2010), 2,000 gun flints, 24 brass kettles, 120 mirrors, 24 laced hats, a bale of flowered flannel and 96 gallons of rum. Two centuries later, in 2010, the federal government and the Mississaugas of the Credit agreed upon a $145-million land claim settlement, the former acknowledging that the First Nation was not properly compensated for the territory.

Today, there’s no permanent monument at the waterfront that details the history of the land, so Redbird decided to build one himself. The result is Wigwam Chi-Chemung, a floating art installation and Indigenous interpretive learning centre, presented in partnership with Myseum of Toronto. Roughly translated to “Big House Canoe,” the 40-foot pontoon boat’s bright orange exterior was painted over the course of several days in June, with designs by both Redbird and Philip Cote, a Shawnee, Lakota, Potawatomi, and Ojibway artist. Elder Redbird plans to be at the boat, which will be docked at the Ontario Place marina, through the summer and early fall to answer questions from visitors. Here’s a behind-the-scenes look at how the project came together. 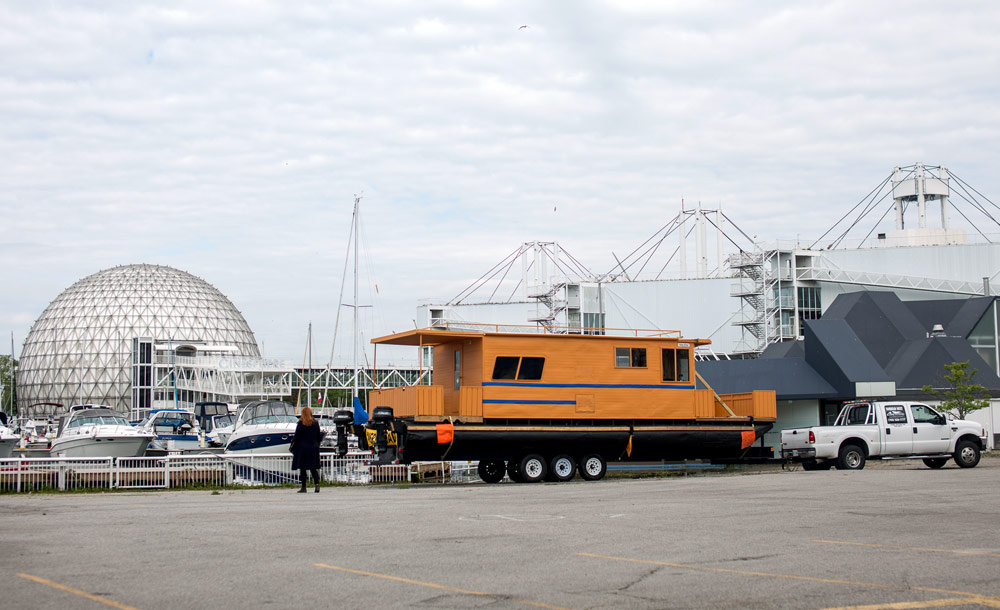 The boat, which Redbird purchased online, had to undergo some remodelling to bring it up to code so it could be docked in the marina. “Most marinas don’t take houseboats, especially homemade ones,” Redbird says. 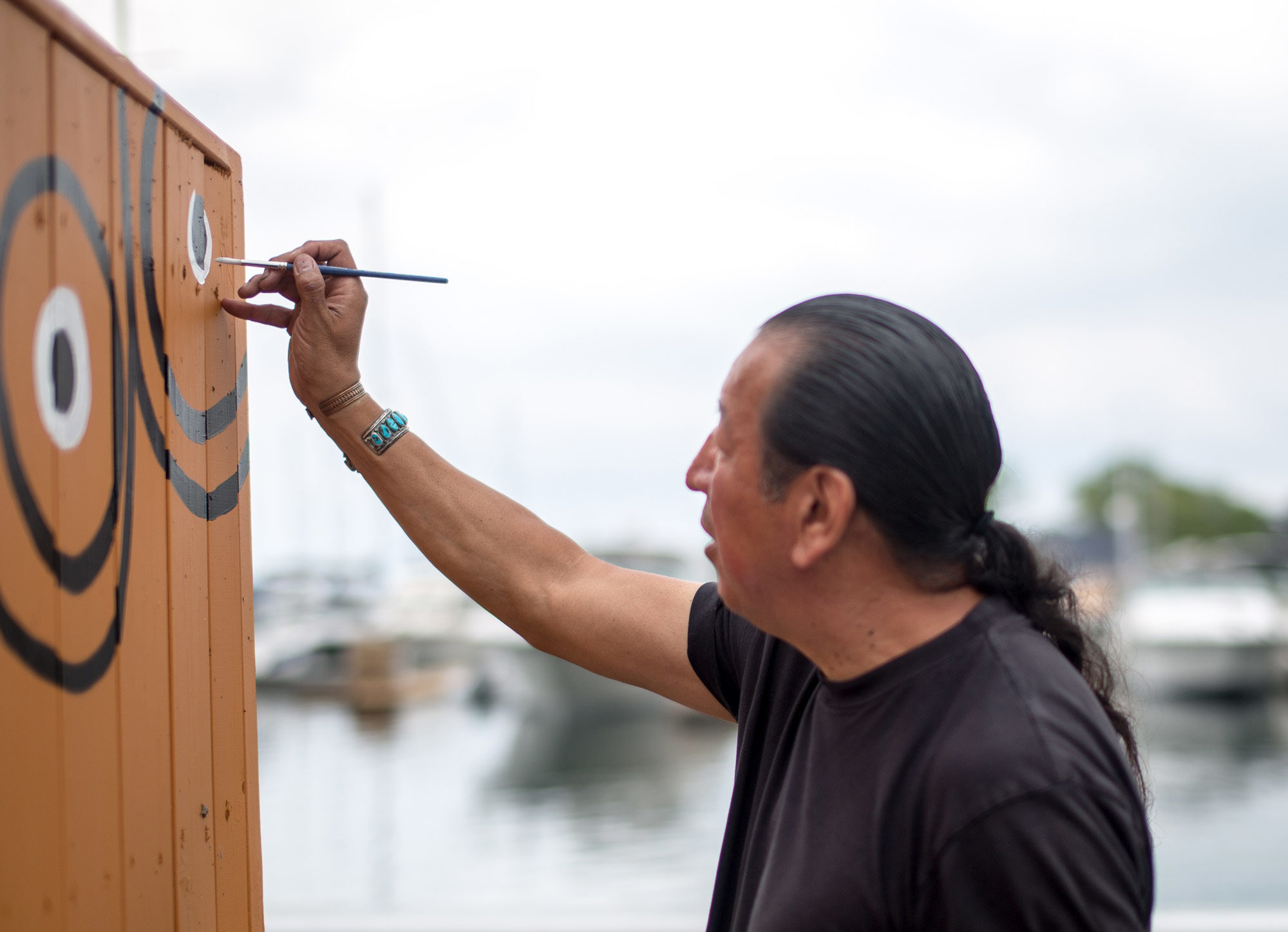 The paintings on Wigwam Chi-Chemung were done in Woodlands style, a distinct method of painting that explores the relationship between people and the environment, commonly used by Indigenous artists from the Great Lakes area. 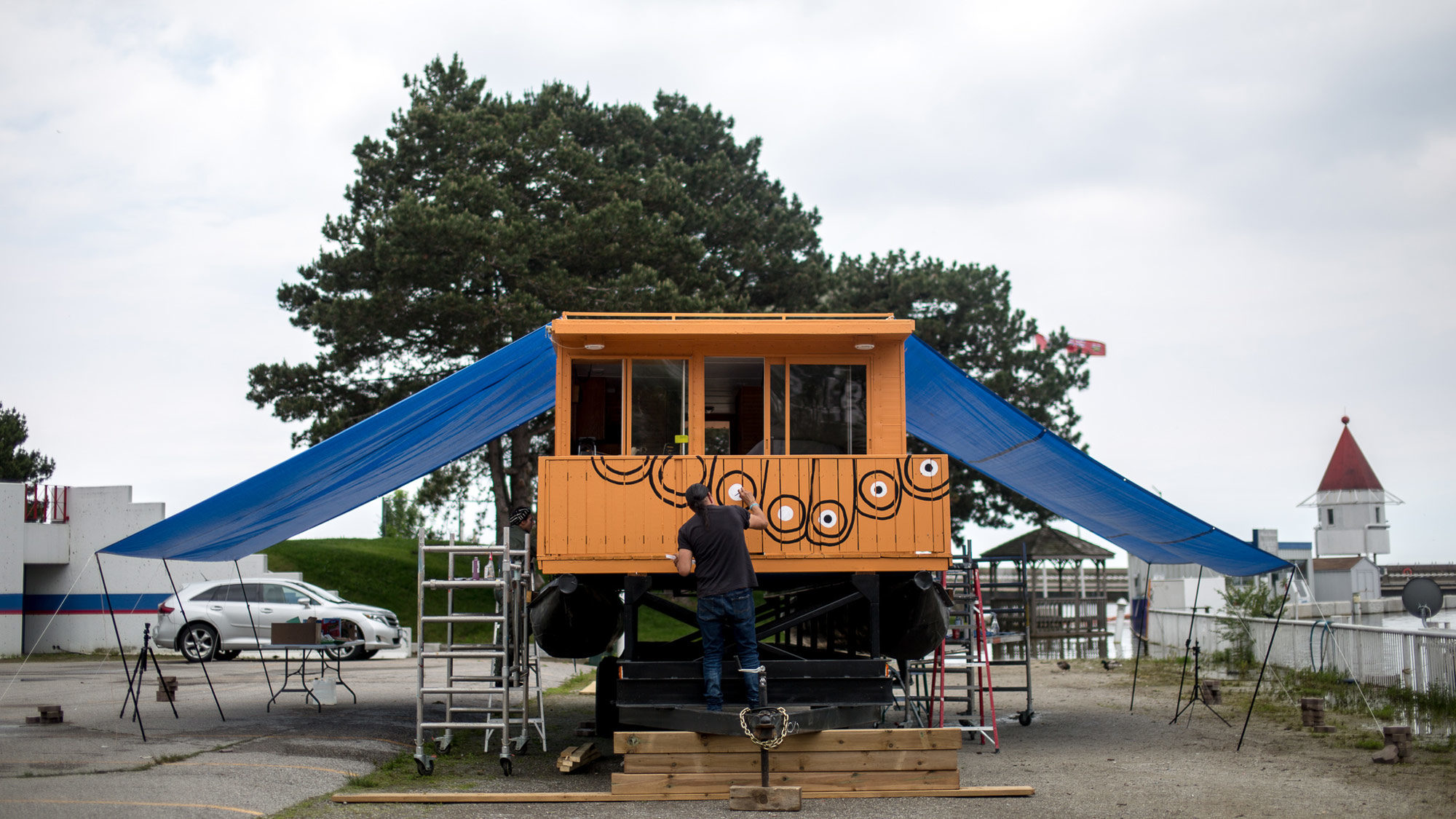 Tarps were placed on either side of the boat so the artists could work through rain and shine. 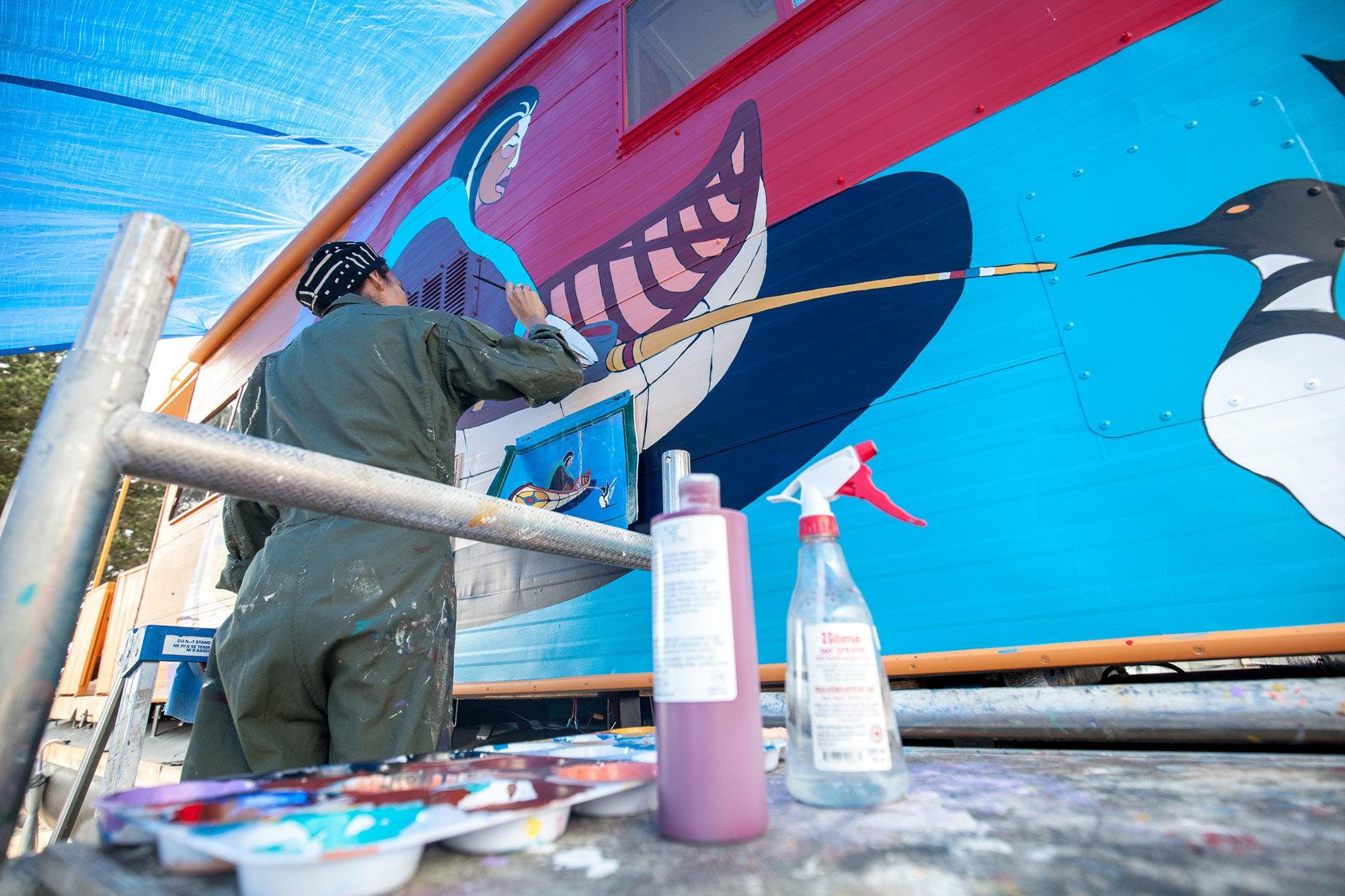 The work took place over a few days, and a crew of painters pitched in to make sure the project was finished on time. 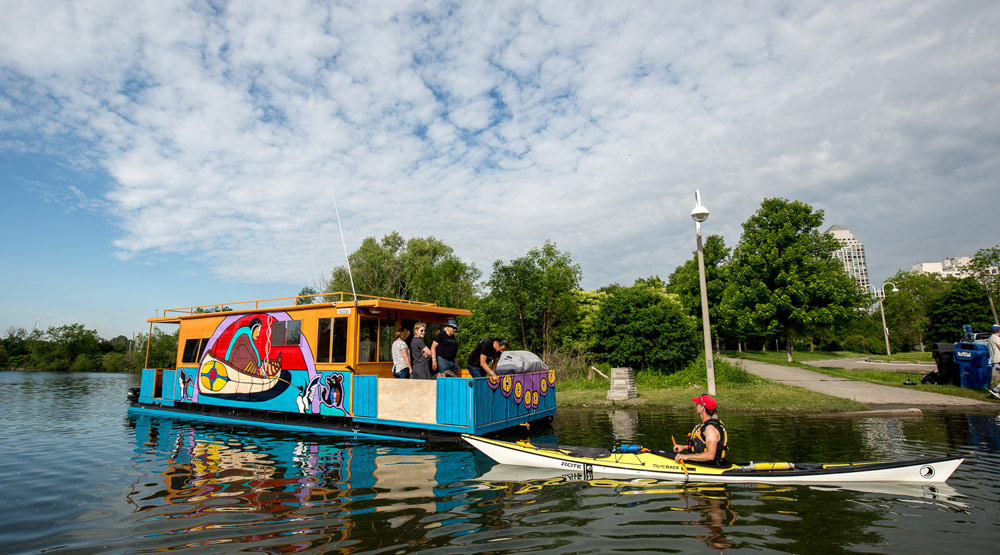 The finished product has Redbird’s painting on one side—a medicine man passing a ceremonial pipe to a loon, representing the idea of making peace with nature—and Cote’s on the other. Cote painted an otter, an animal that thrives both on land and in water, and a thunderbird, which signifies the eternal fire of peace, love, brotherhood and sisterhood.