The Seattle-based artist Dale Chihuly creates delicate universes filled with cosmic planets, floor-to-ceiling ice spires, Technicolor gumdrops and otherworldly sea creatures—all from hand-blown molten glass. Since the 1970s, when a car accident left him unable to safely blow glass himself, he’s become a maestro, leading a dozen artisans to fulfil his colourful visions. They light up the Bellagio in Las Vegas, the Victoria and Albert Museum in London and now the Royal Ontario Museum. Simply named Chihuly, his new exhibition runs until January 2 and features 11 immersive installations (some of which were made specifically for the ROM) that trace the evolution of his work. Eleven of his staffers spent two weeks installing the pieces. Here’s how they did it. 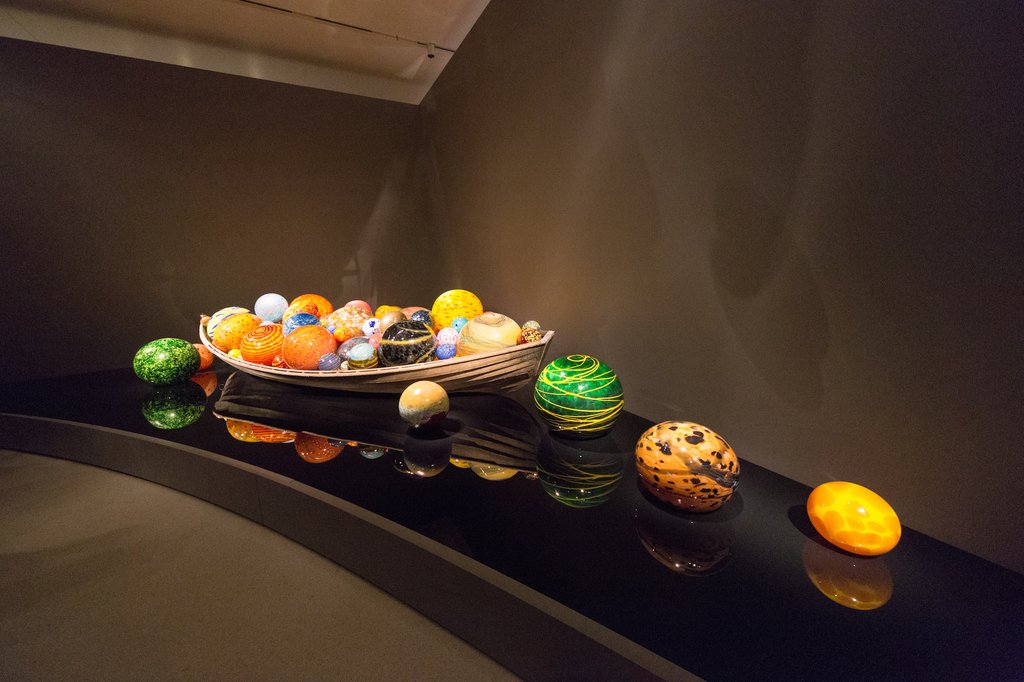 Many of Chihuly’s works are tied to his personal experiences. Float Boat was inspired by a trip he took to the Finnish design studio Iittala in the 1990s. There, he used the river and rowboats to experiment with glass forms. It took three people about three days to complete the installation. 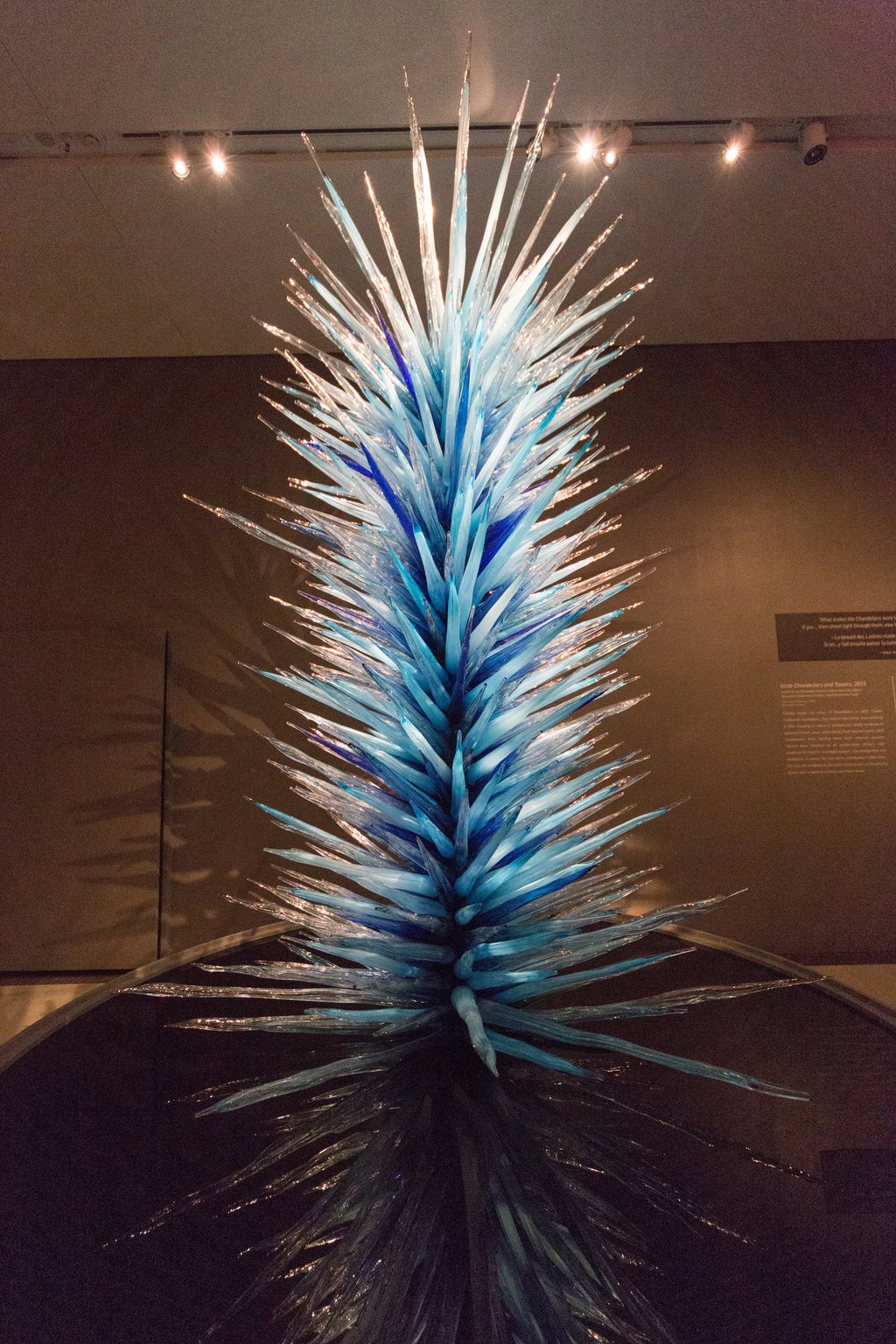 This installation was created specifically for the ROM. Chihuly wanted to make sure his work meshed with the architecture of the Daniel Libeskind–designed space. 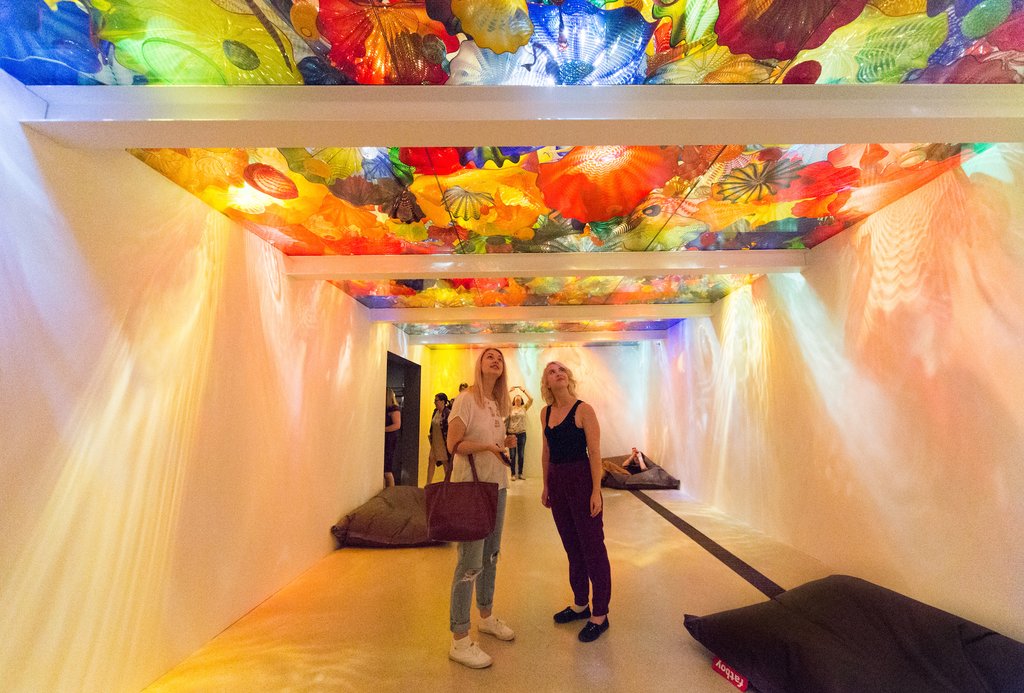 Chihuly first made these flower-like forms, which he calls Persians, in 1986, but he didn’t install them in a ceiling like this until 1992, at the Seattle Art Museum. The set-up has since become a favourite among gallery-goers. 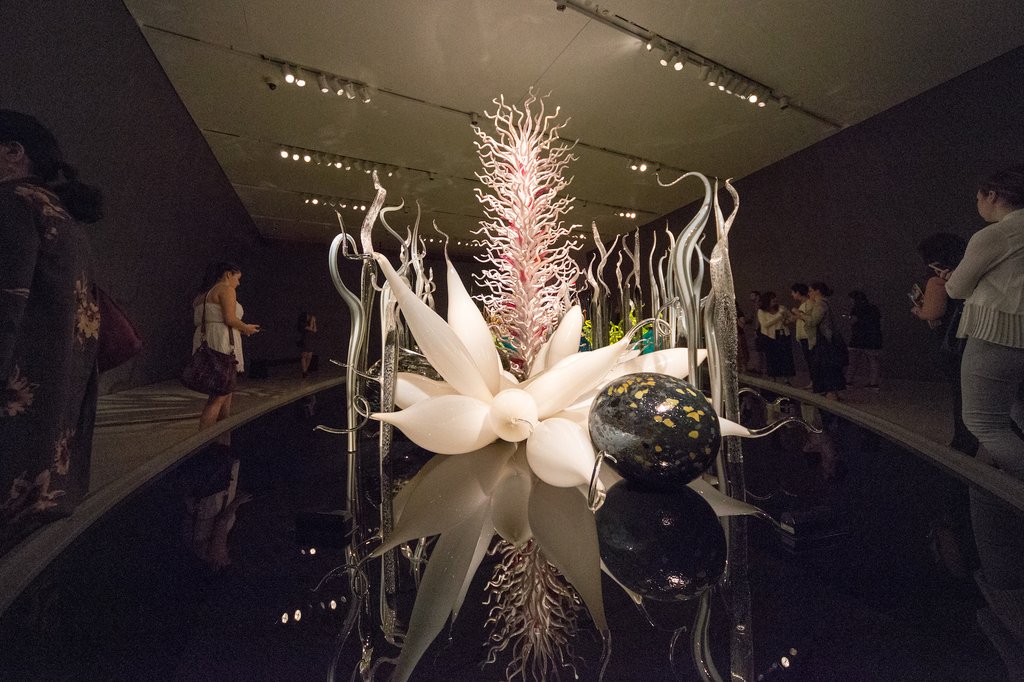 This is a part of Chihuly’s series Mille Fiori (Italian for “thousand flowers”), named after a lagoon island in Venice, which is Chihuly’s favourite city. The work here spans decades and includes some pieces from his time working in Niijima and Nuutajärvi. 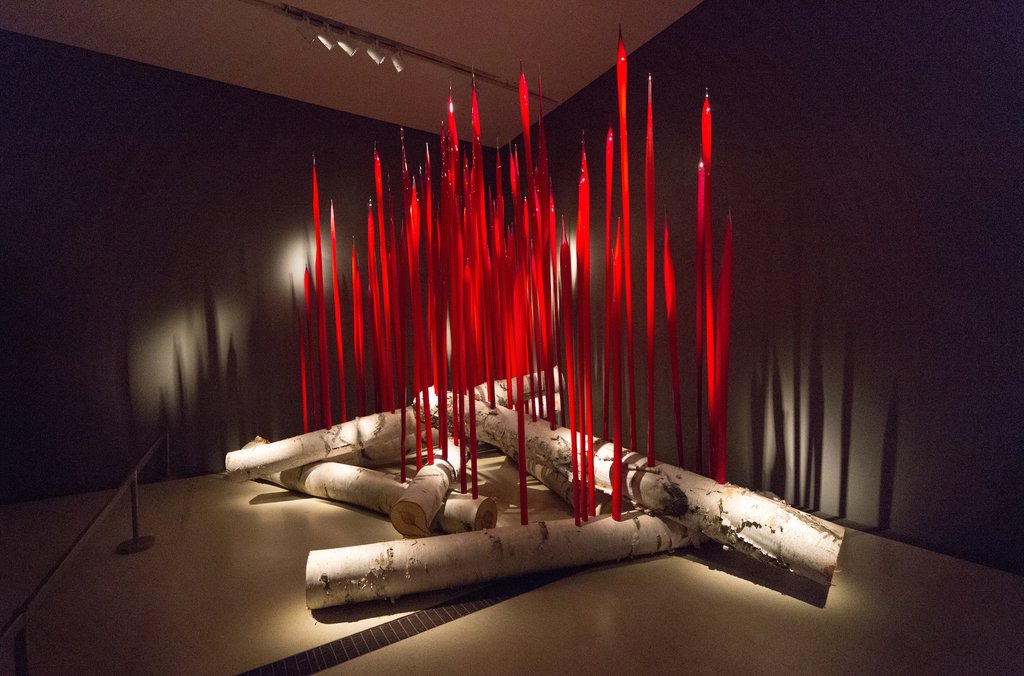 Chihuly and his team first made these “Reeds” in 1995 by stretching molten glass downwards from a mechanical lift.