Since its humble beginnings as the Toronto Industrial Exhibition 140 years ago, the CNE has transformed from an agriculture showcase of farmers, engineers and scientists to a multi-week spectacle of Super Dogs, midway rides and artery-busting food creations (this year, get ready for Bacon Nation edible-gold burgers and deep fried Ferrero Rochers popping up on Instagram). To celebrate the Ex’s evolution, it’s hosting Snapshots of Change, an exhibit of archival photos dating back to 1879. Here are some of our favourite images. 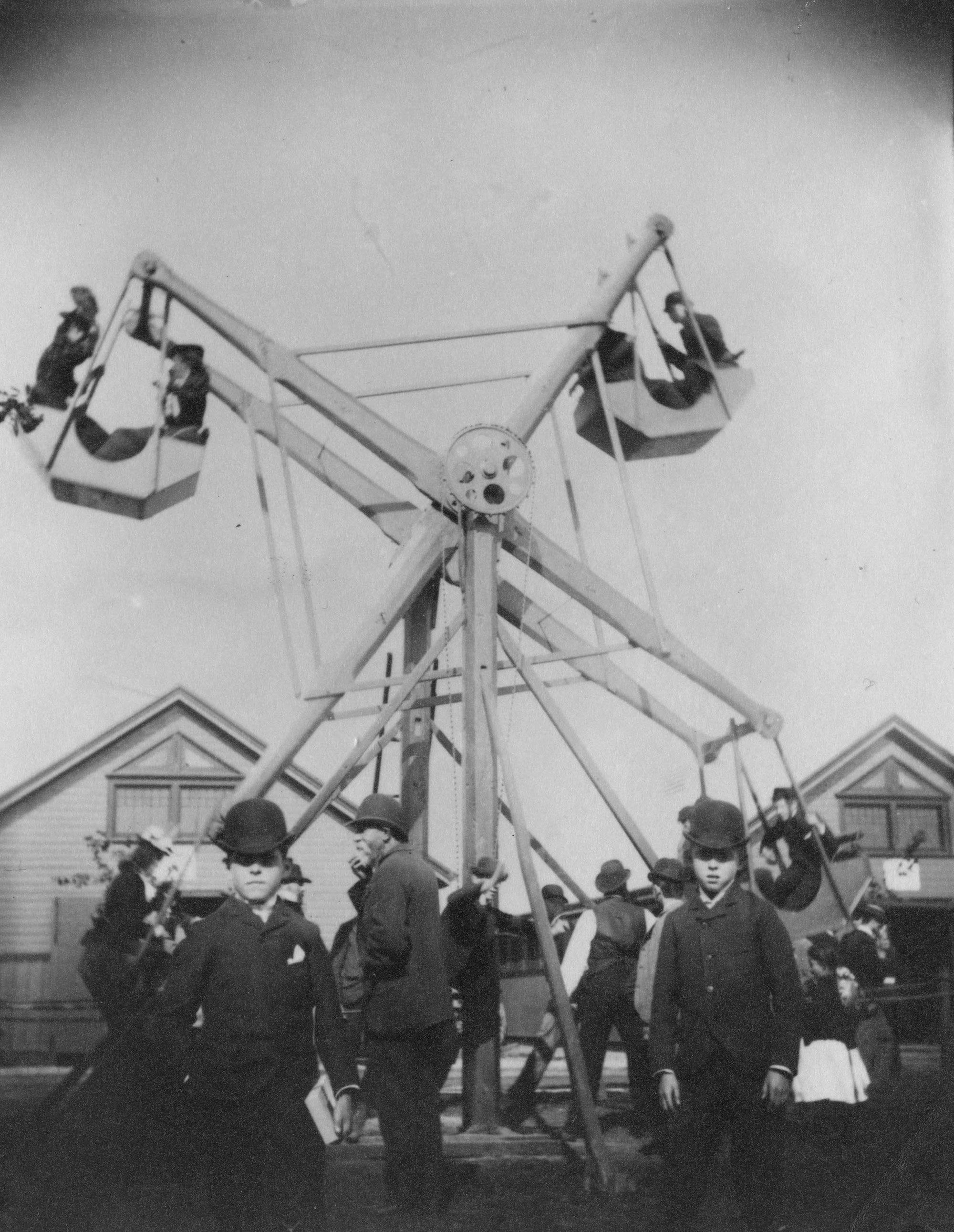 1895: The Ferris wheel was invented in 1893 by George Washington Gale Ferris Jr., a 33-year-old civil engineer from Pittsburgh, and made its debut at the Chicago World Fair. Due to high operating expenses and a series of lawsuits, it took several years for the ride to become the fair staple it is today. Before the CNE got a modern ferris wheel, they used a muscle-powered crank wheel (seen above), where a line of men would stand at the lowest point and push each cart along, using the momentum of the riders to pick up speed. 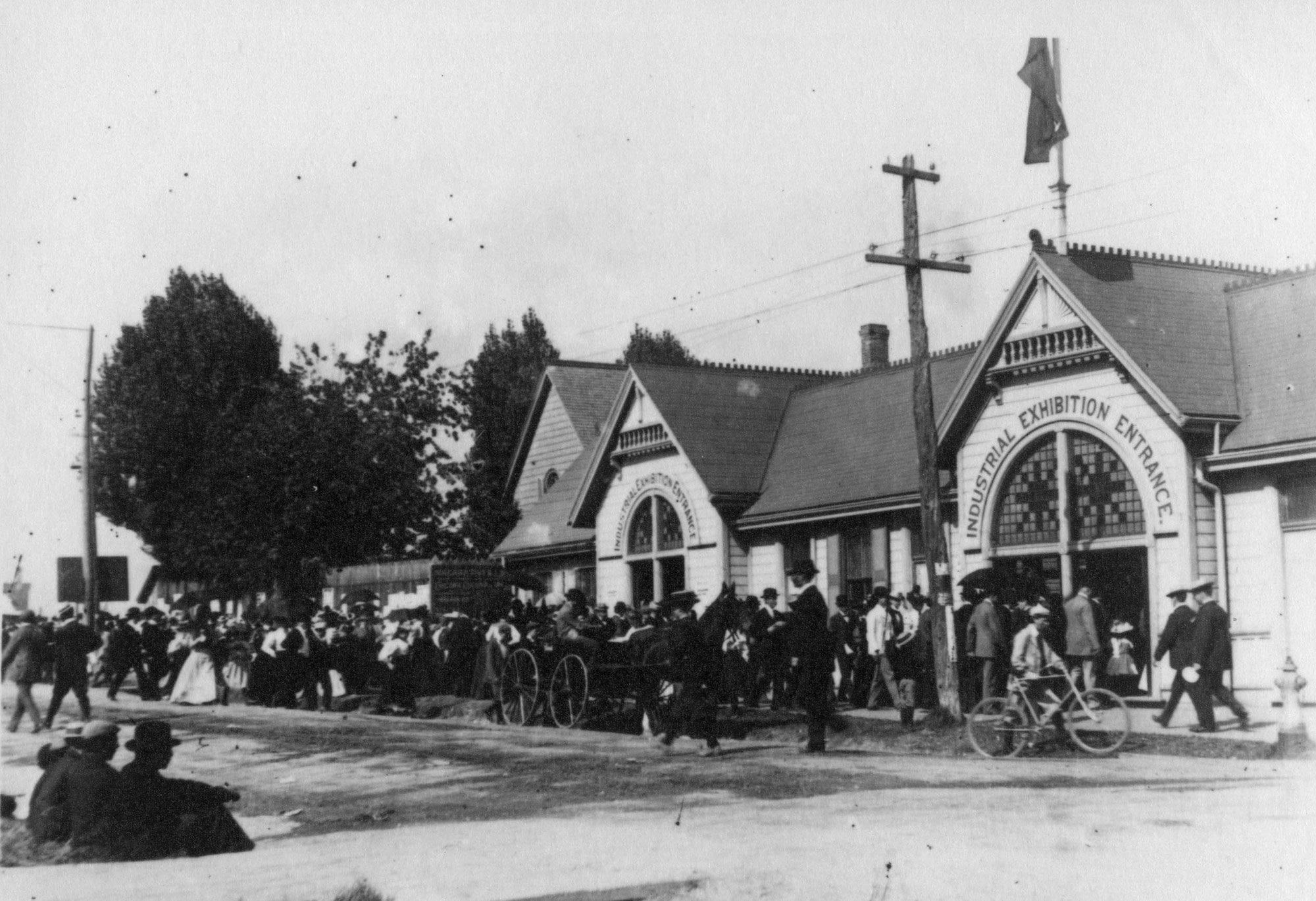 1903: The original entrance gate to the CNE (formerly the Toronto Industrial Exhibition) was on Dufferin Street. 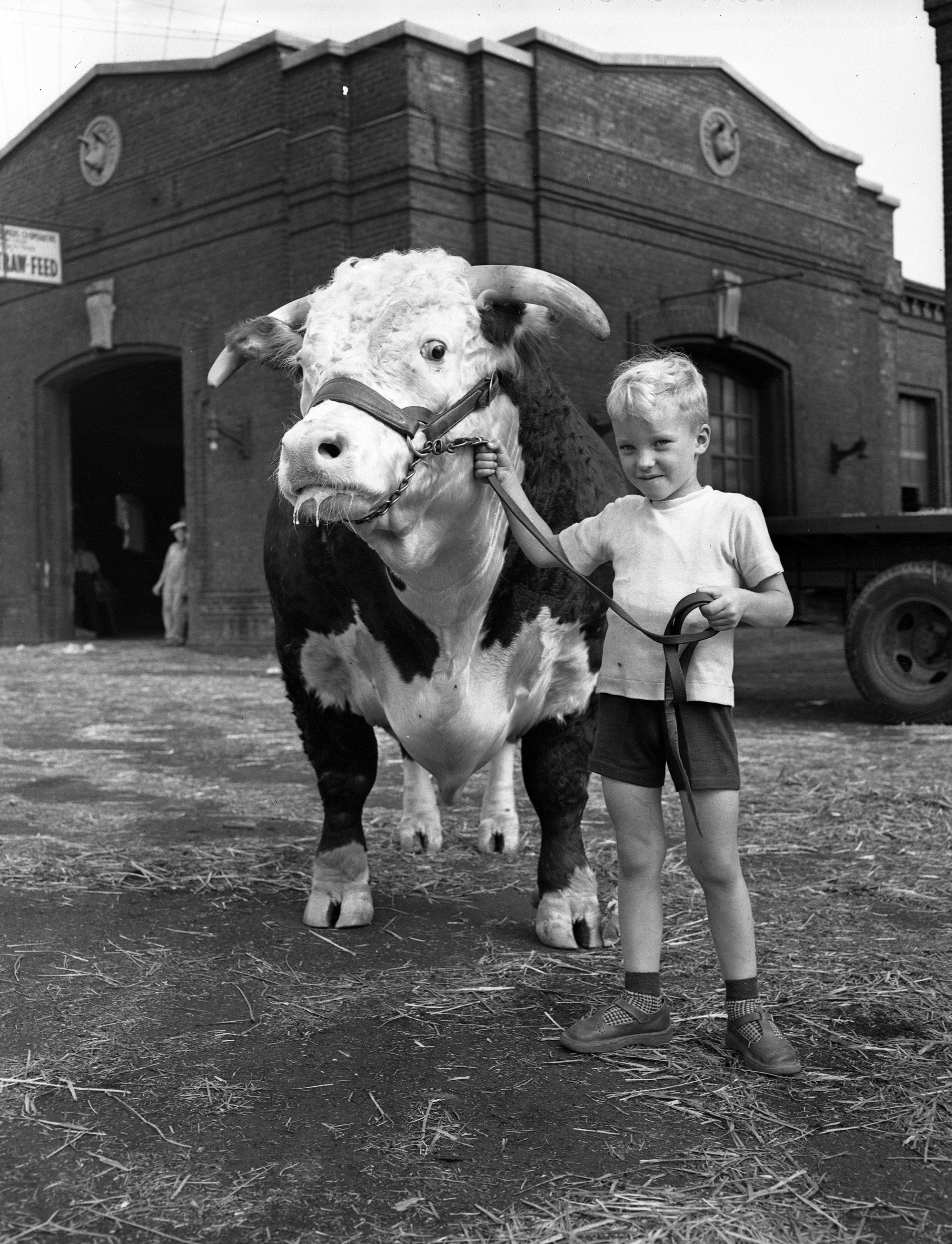 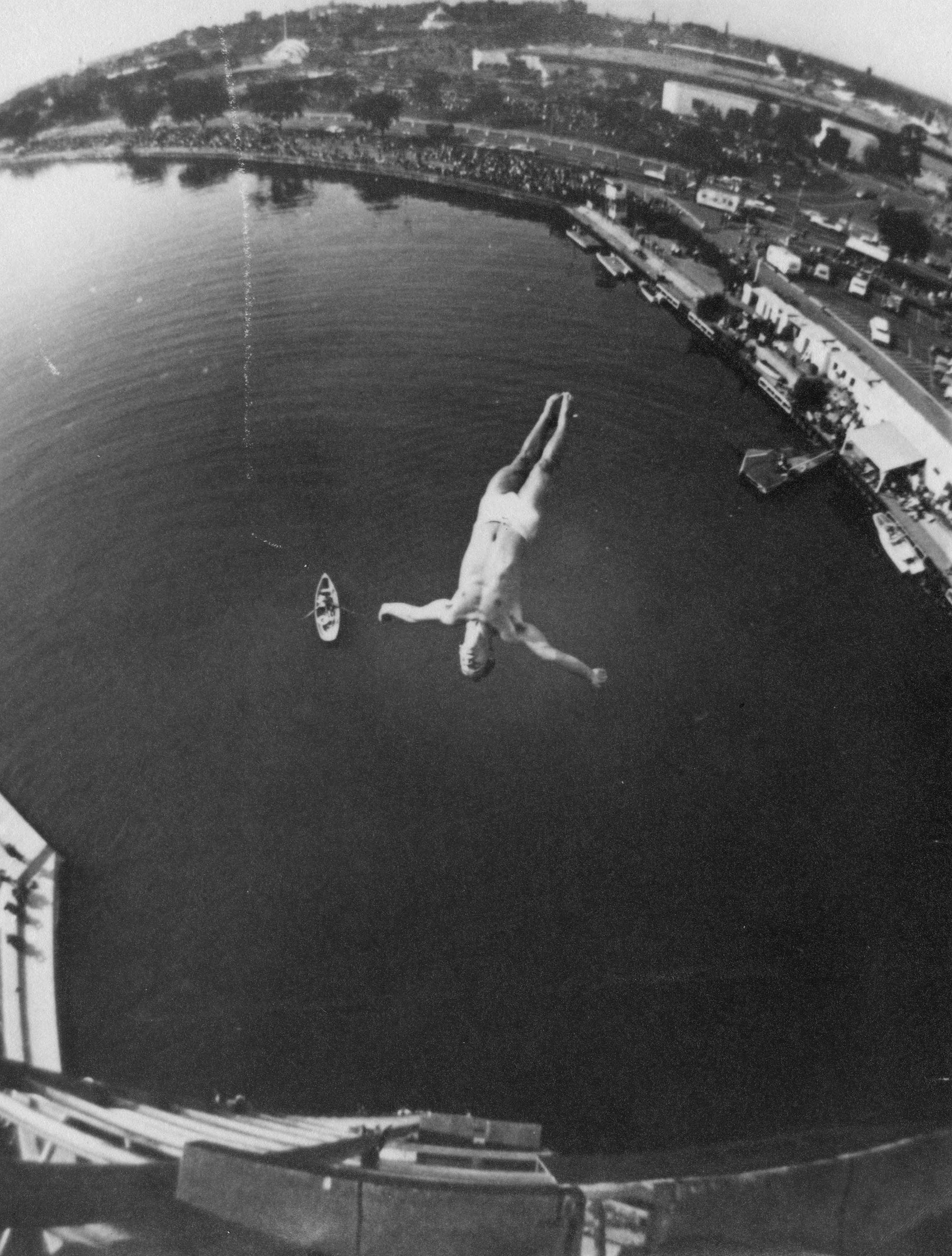 1956: Since the mid-30s, the CNE has showcased waterfront events like water skiing, high diving and aquatic acrobatics. Here, a man dives from a 110-foot tower. 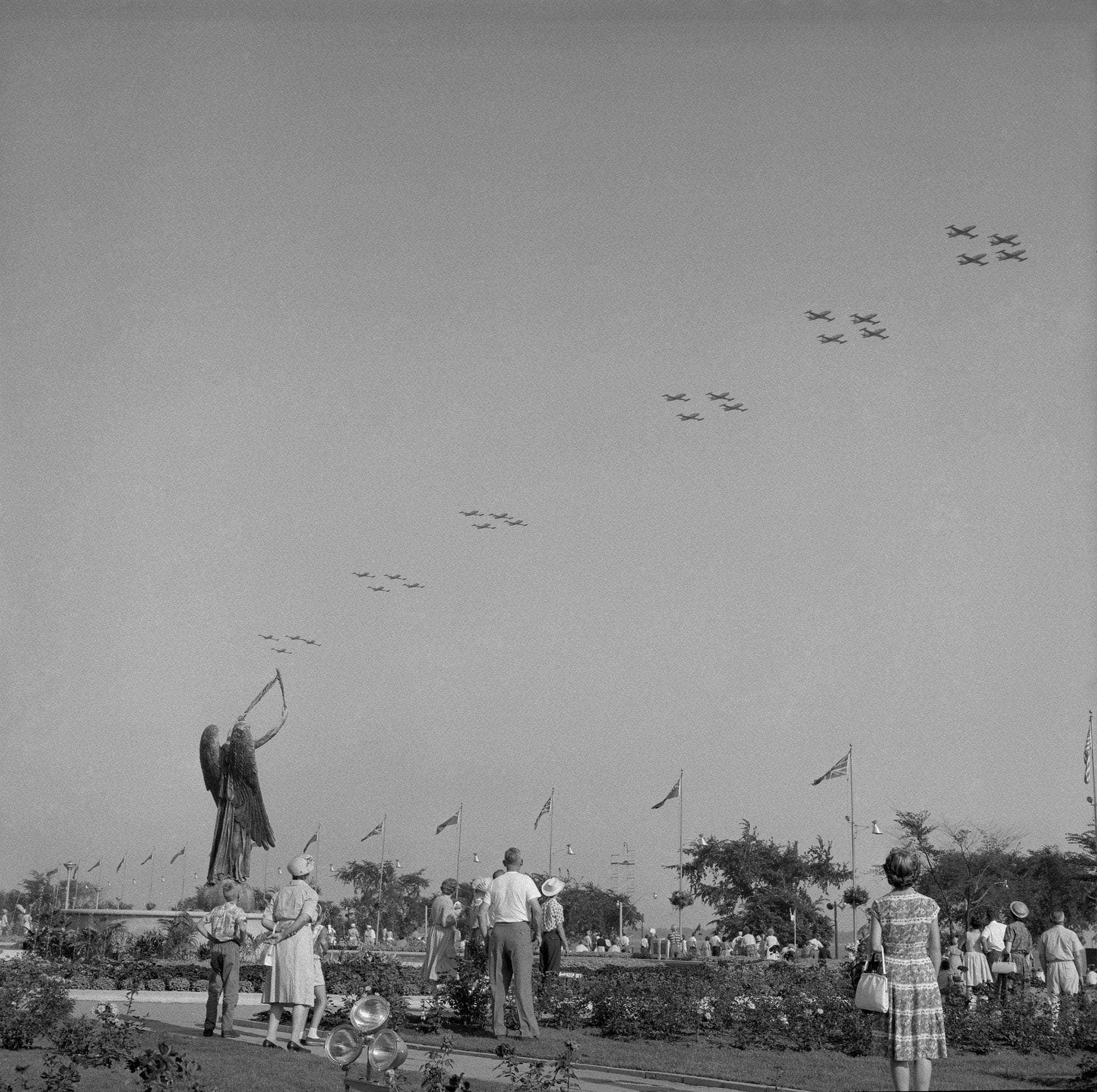 1961: In the 69 years since the Air Show’s debut, hundreds of skilled pilots have soared over Lake Ontario in Royal Air Force Vulcans and Canadair CF-104 Starfighters. 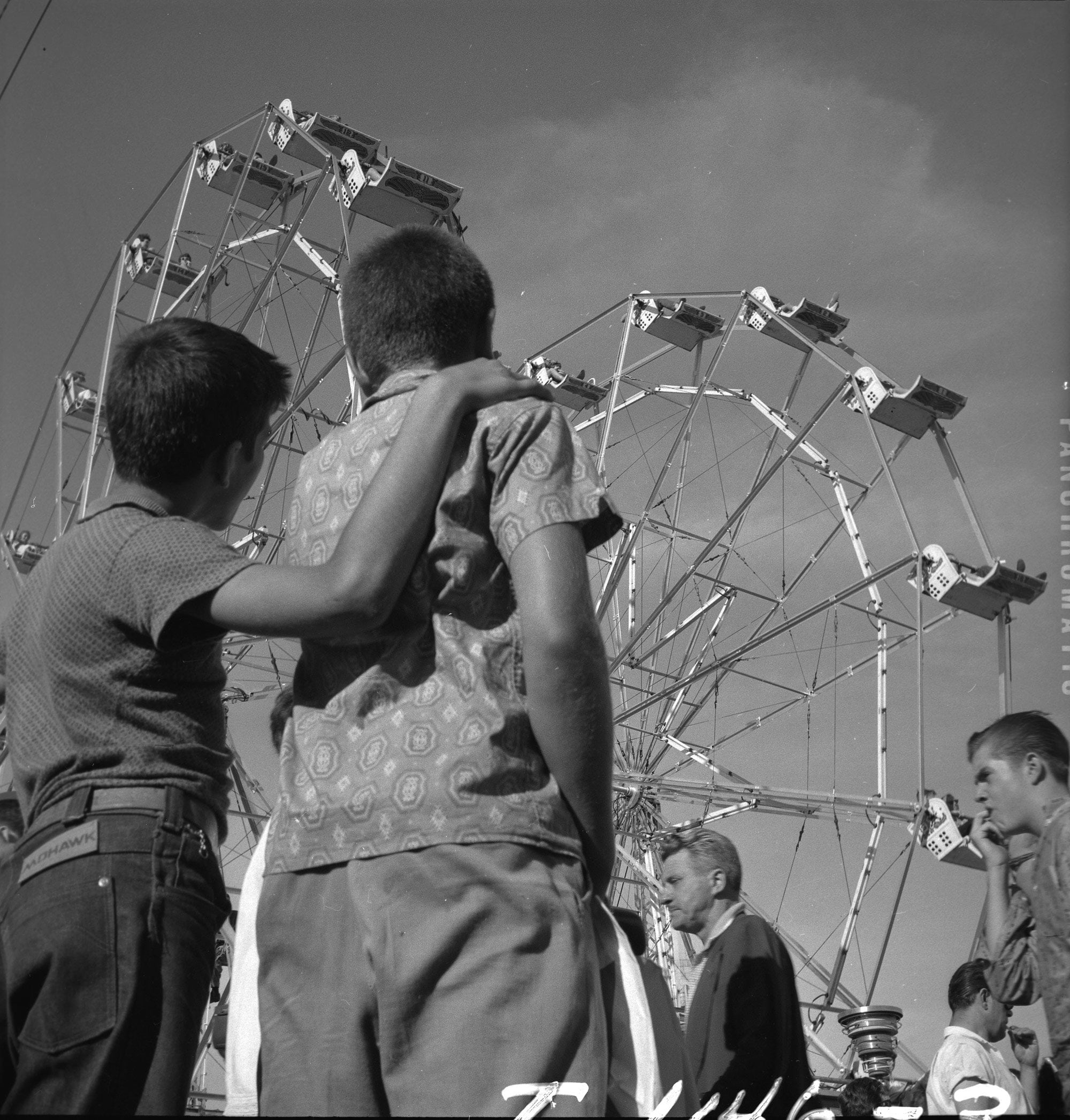 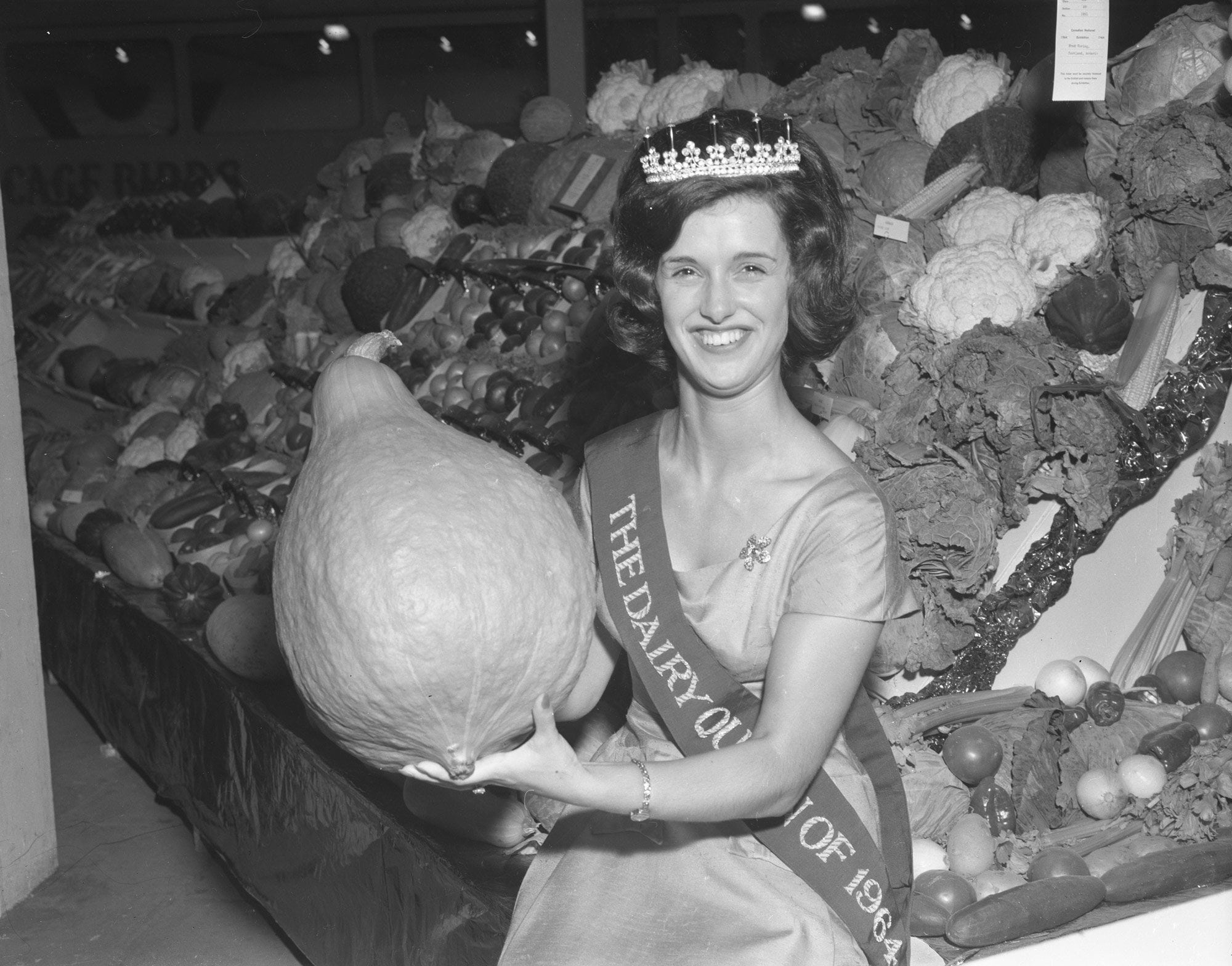 1964: Each year, the CNE hosted a pageant-style Dairy Queen competition, where contestants were expected to demonstrate their knowledge of farming and agriculture. Whoever was crowned became a representative of the CNE and would tour around to other agricultural fairs. Today, the title has changed to Fair Ambassador and the focus is more about connecting farmers with an urban audience. 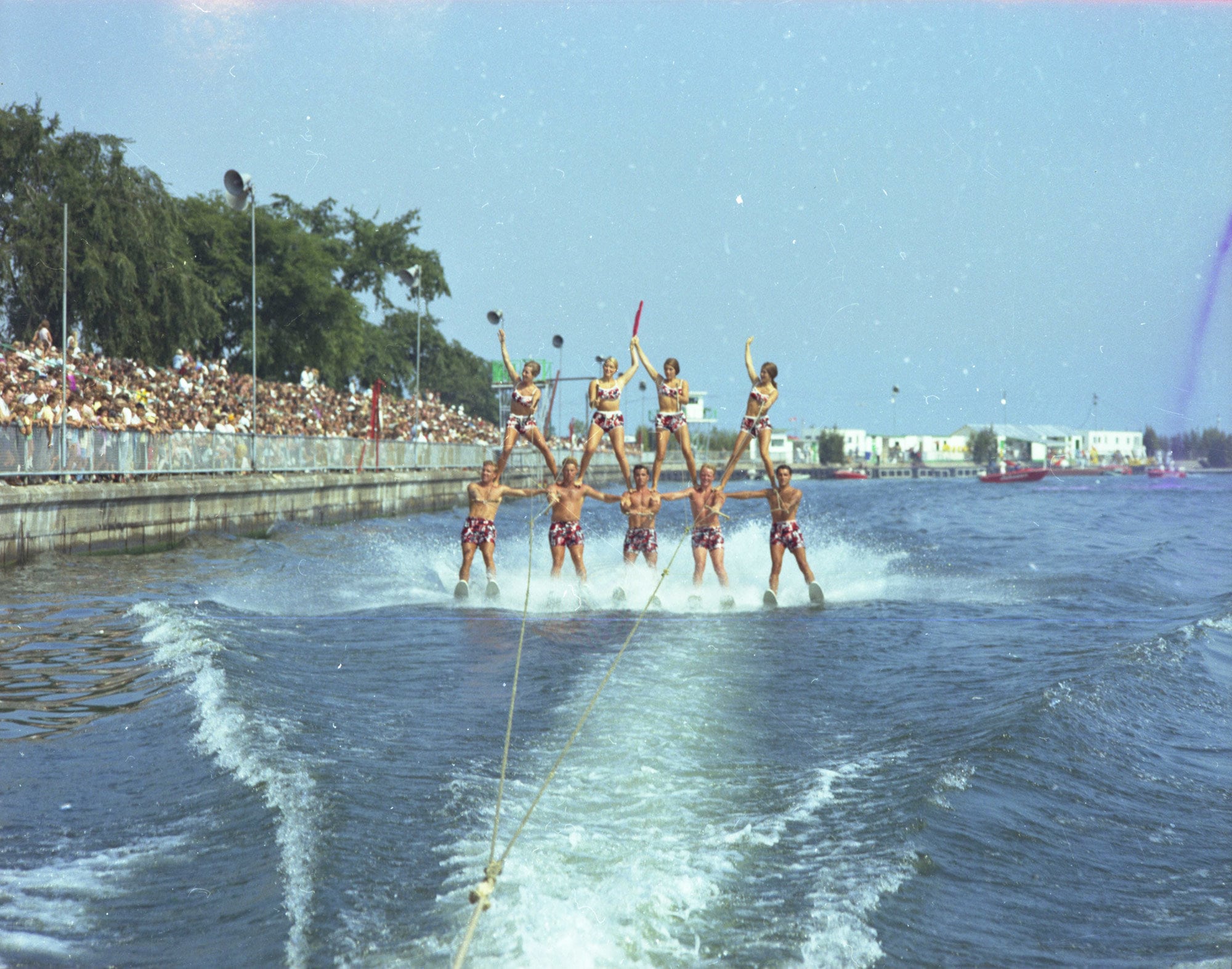 1966: Water-ski stuntmen perform in Aquarama, the CNE’s most popular waterfront event, which combined classic sports with things like clowns, floats and flying rowboats. Aquarama ran between 1957 and 1996 and, this year, will be performed for the first time in nearly two decades, taking the form of a Las Vegas–themed wedding celebration. 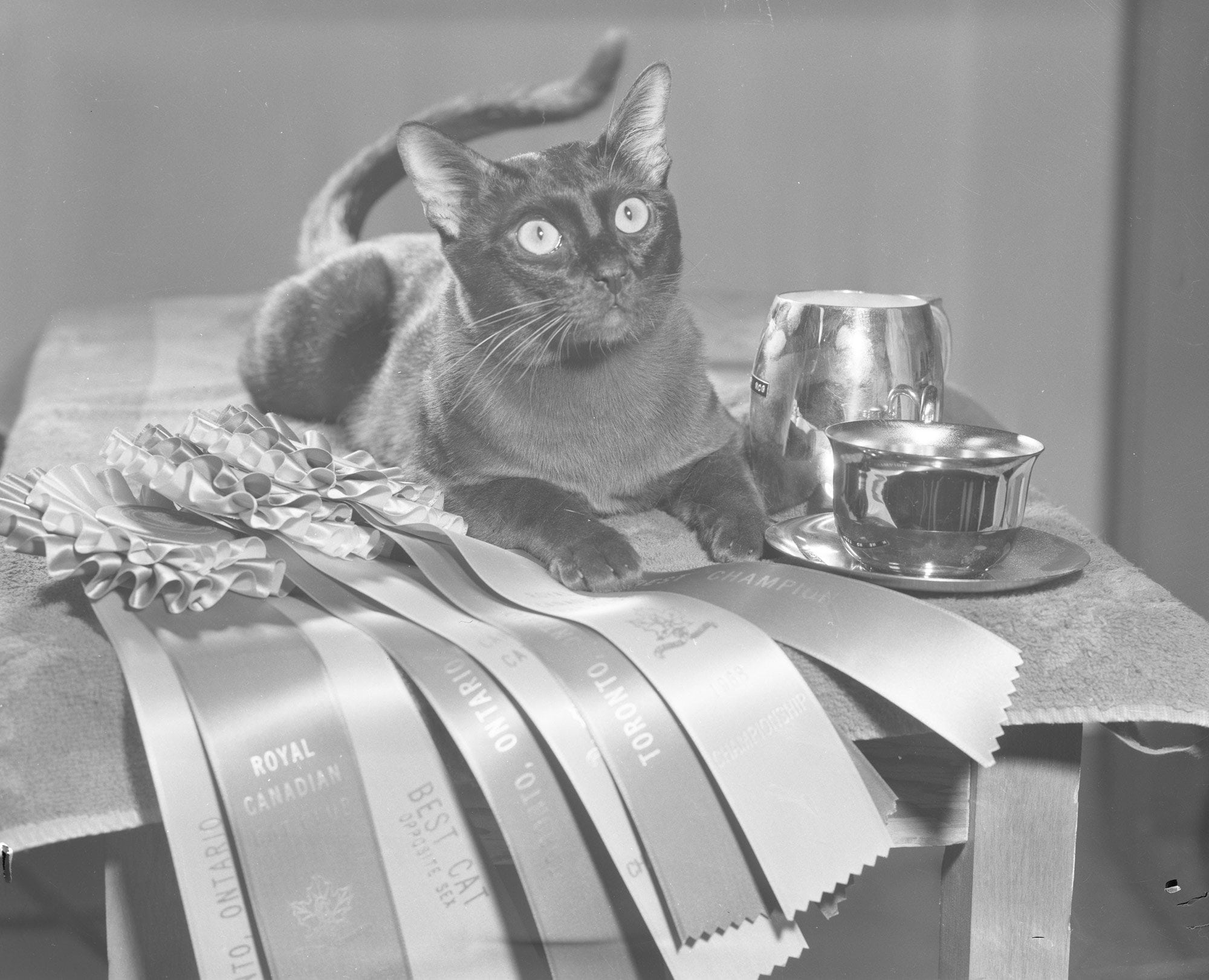 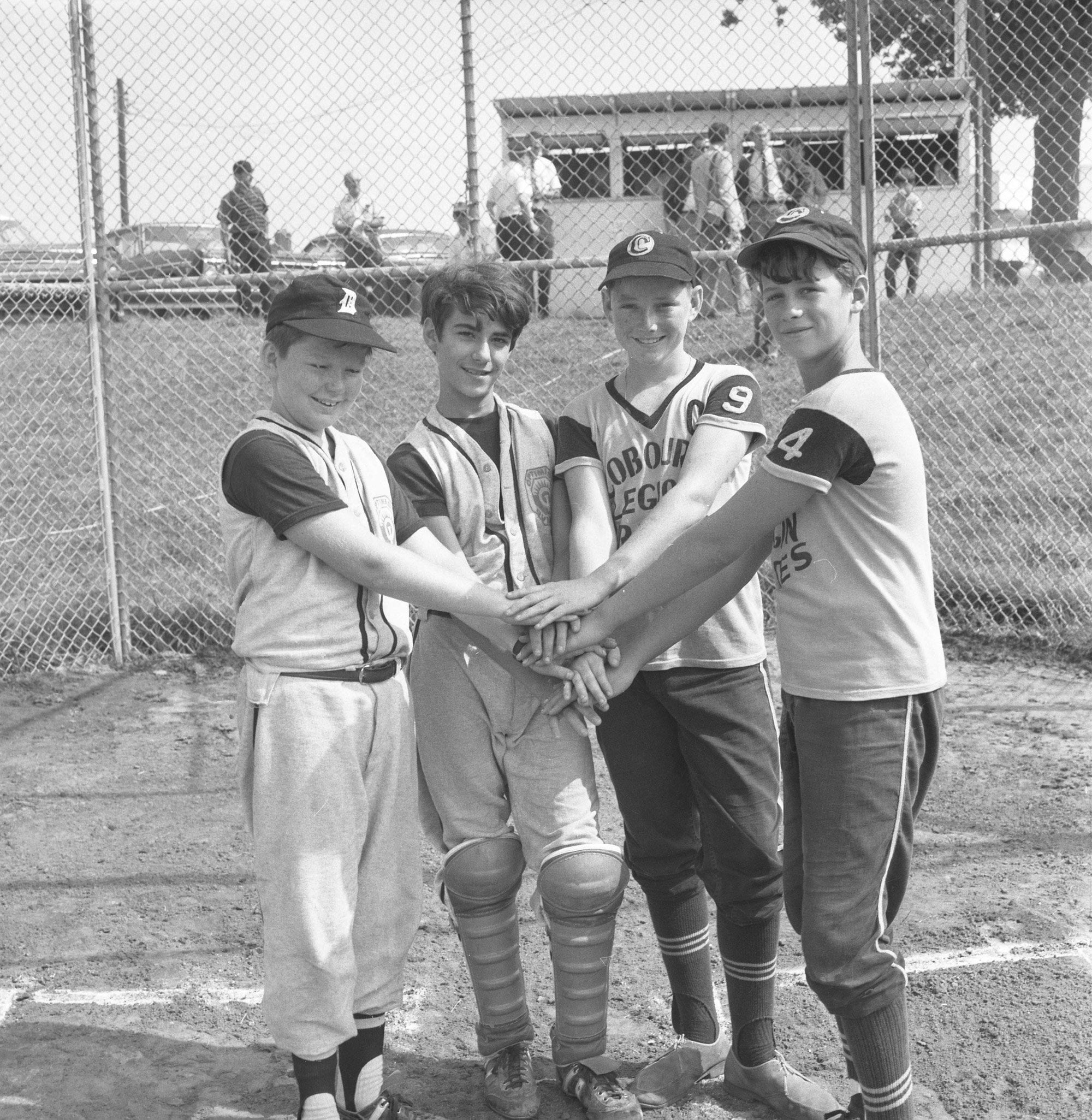 1969: Players gear up for the Peewee Baseball Tournament. 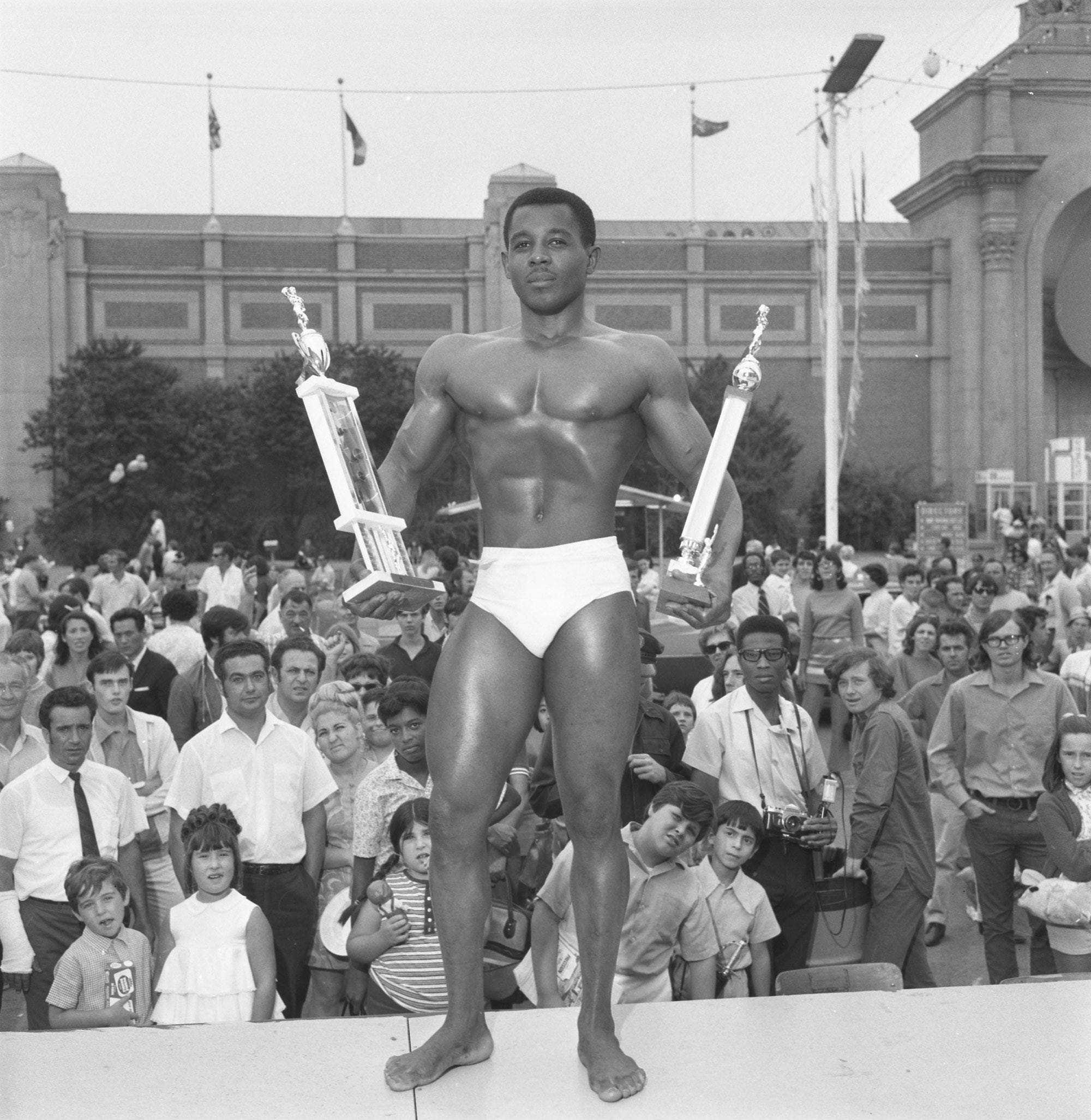 1970: A winner of the men’s bodybuilding competition. 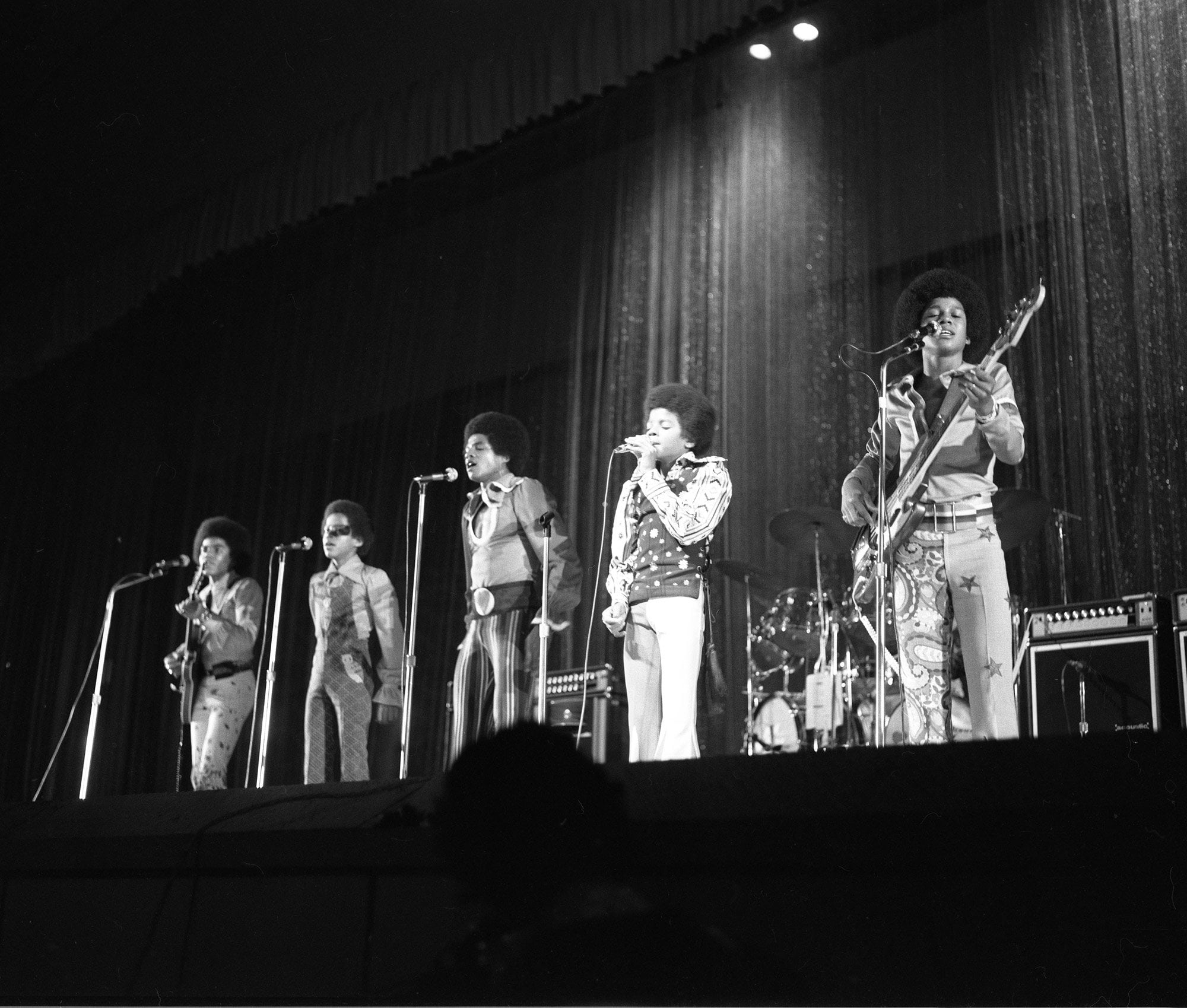 1971: The Jackson Five performs on the Grandstand. Over the years, the CNE has hosted a handful of music icons, including Louis Armstrong, Johnny Cash, Guess Who, Sonny and Cher, Frank Sinatra, Olivia Newton-John, the Beach Boys, Blondie and Frank Zappa. 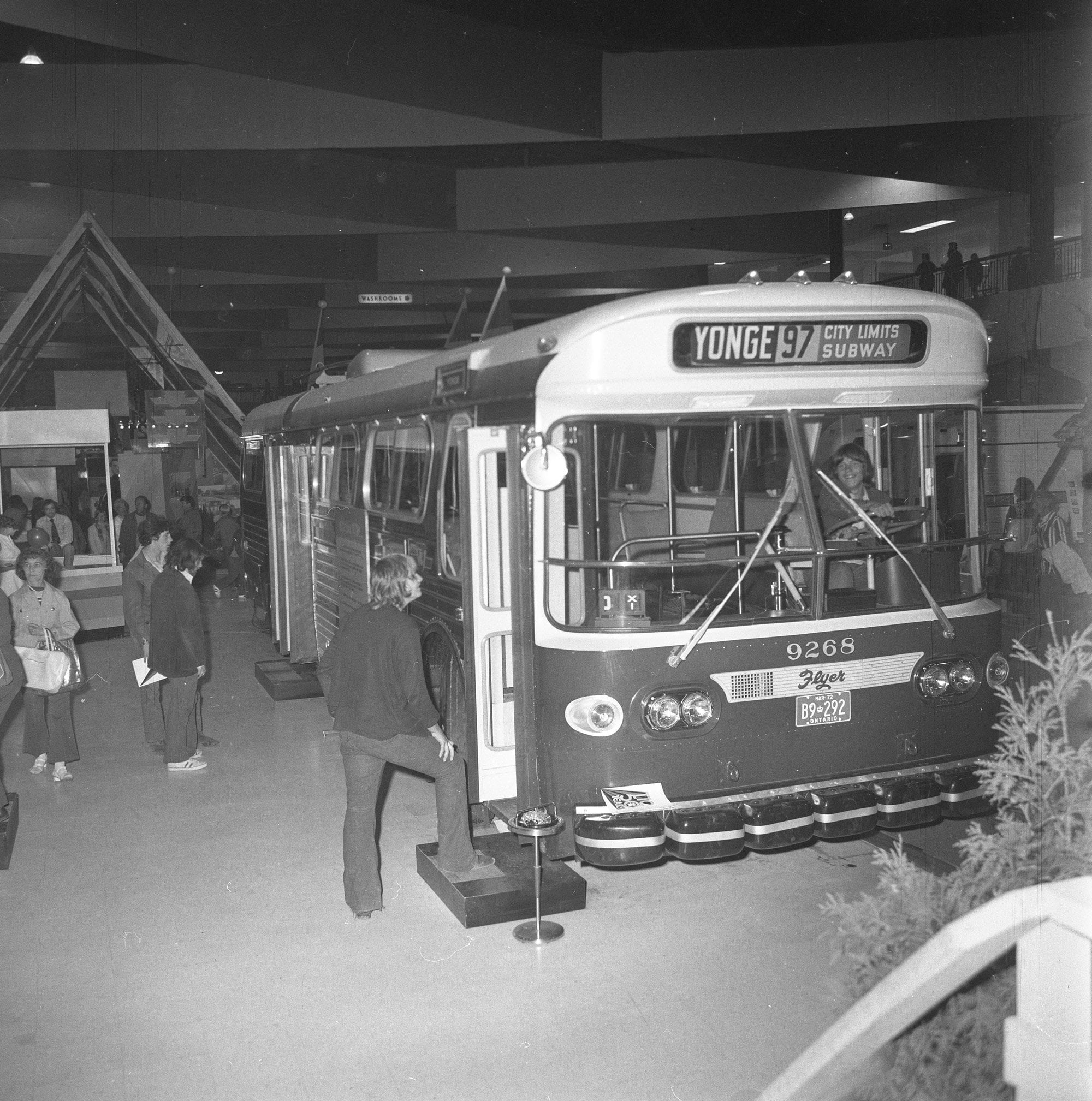 1971: The TTC showcases new designs at the CNE . This photo features a new trolley from the trolley bus modernization program, which aimed to revamp a fleet of 152 outated electric trolley buses (not unlike what the TTC is doing right now to get newer streetcars on King). 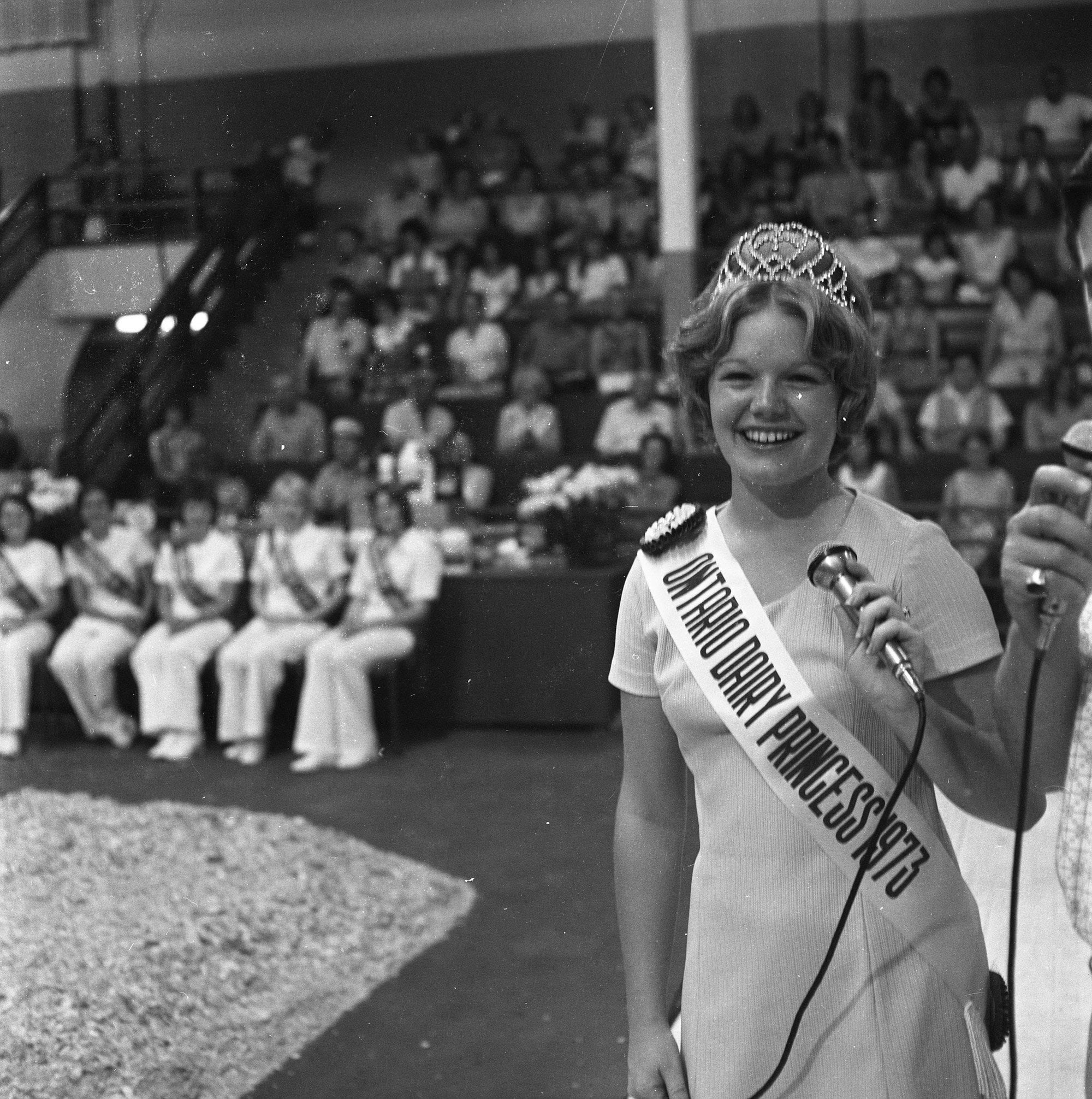 1973: The Dairy Princess competition, similar to the Dairy Queen crowning, was a pageant-style competition for women in a younger age group.

Snapshots of Change is on display in the Queen Elizabeth Building at Exhibition Place until September 3rd.