These quirky installations are taking over the Gladstone Hotel this weekend

These quirky installations are taking over the Gladstone Hotel this weekend

This weekend, the Gladstone Hotel is home to a dizzying array of Technicolor clouds, tiny ecosystems and a hermit’s cabin. The 30 installations are all part of the hotel’s fifth annual Grow Op, a show that explores connections between humans and the environment through plant-based art. The exhibition runs until Sunday, April 23. Here, a closer look at some of our favourite works. Julie Gladstone
Gladstone created the Technicolor cloud installations that float in the hotel’s lobby from wire, plaster and acrylic paint. Their strange designs are inspired by climate change: Gladstone wanted to riff on and reverse the concept of the sublime—humans’ reaction to the terrifying power of nature—by showing nature that’s been transformed by humans. Guests can “adopt a cloud”—that is, buy one, with half of the proceeds going to the David Suzuki Foundation. Melanie Billark
Billark collected moss from Toronto’s forgotten spaces (alleyways, in between cracks and crevices) and created a sanctuary for it in these clear bricks filled with stones, soil, moss and water. Each becomes its own self-sustaining ecosystem once Billark seals it shut. Here, the 90 bricks are organized from youngest to oldest, with the bottom row made up of ecosystems only two weeks old. The top row is more than two years old. Becky Lauzon
For the past five years, glass artist and guacamole lover Lauzon has been growing dozens of avocado trees in her Toronto apartment. Inspired by the action movie Red, in which a retired CIA agent played by Bruce Willis tries to grow an avocado tree, Lauzon started collecting pits and experimenting with indoor growing techniques. She’s transformed this room into an homage to her collection, featuring more than 10 trees and twice as many pits floating in her own handblown glass vessels. Michelle Hunniford and Magdalena Miłosz
Hunniford, who has a PhD in animal biosciences, and Miłosz, who is a current PhD architecture student at McGill, joined forces to create this installation that urges visitors to think about animal welfare and industrial agriculture. The two artists, along with a gang of friends, emptied out some 600 eggs, a painstaking process of punching two tiny holes and then inserting a syringe to push out the innards. Hunniford and Miłosz then strung the shells on clear wire, and hung the strings over a carpet of broken shells, which visitors can walk across. Pseudostudio
Hermitages, the 1700s-era dwellings where hermits lived in isolation to reflect on life, didn’t exist in Toronto. But in this fictional retrospective, landscape designers Greg Bunker and Shira Davis imagine what the city might have looked like if they did. Visitors can view dozens of photographs, both historical and Photoshopped, and pose in a “modern-day hermit” photo booth, complete with a scenic forested backdrop. Lindy Wilkins and Dushan Milic
The artists have translated Toronto’s weather patterns into three music boxes. The melodies are determined by precipitation, barometric pressure and cloud cover data points—each note corresponds to a measurement for a specific day. Wilkins and Milic laser-cut the wall-mounted music boxes’ ornate wooden sides and “sheet music,” which is made of drawing paper. Played together, the music boxes create a symphony of a storm. Shadi Ramos
To teach her landscape architecture students about topography, U of T instructor Ramos built this augmented reality map, which is basically a high-tech sandbox. Based on an open source program designed by Oliver Kreylos (a researcher at the University of California Davis), the sandbox illustrates the basics of contour lines, erosion and watershed formation. An Xbox sensor located above the box determines the distance between the sand and sensor, which translates into a coloured topographic map that projects back onto the surface. Build a sand mound and watch as it turns red, or dig a hole to see how water would form. 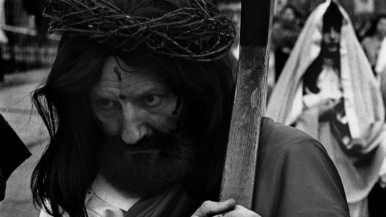 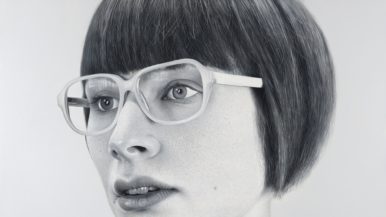 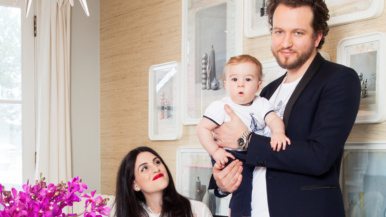 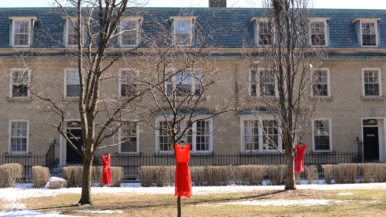 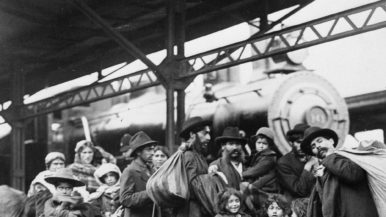