After years of bringing us the best in documentary film, Hot Docs is turning its attention to the audio world. The first Hot Docs Podcast Festival runs today until November 20, offering listeners a chance to see to their favourite shows live. Here’s the scoop on five stellar podcasts from the inaugural line-up

1The Premise: CBC Radio vet Sook-Yin Lee invites three strangers to spend a night in a hotel room together to talk about their fears and frustrations. The result is an often touching series of confessional anecdotes and early-morning reflections on life. The show is normally half an hour long, but Lee’s festival presentation will stretch to an hour and a half and feature a live musical score and audience participation.

For fans of: The character studies in Hazlitt magazine’s Cavern of Secrets, or Peabody winner Lea Thau’s memoir-heavy series Strangers.

2The Premise: Creators Dan and Jenna Misener invite complete strangers to read the (unfailingly terrible) prose they scribbled in childhood diaries and grade-school notebooks. Turns out few things are as deeply satisfying or hilarious as revisiting the writing of your younger self.

For fans of: The rib-tickling candour of The Mortified Podcast, or the commentary-heavy laugh-a-thons of Comedy Bang Bang: The Podcast.

Essential Episodes: In “Stages of Horniness,” a woman shares a tween-aged diary entry about a night of skinny dipping that involved a conversation where she and her friends “compared breasts and stuff.” In “You Stole My Electron,” guest reader Brayden’s sincere childhood letter to Santa ends with the disclaimer, “P.S. I’ve been bad.”

3The Premise: Gimlet’s podcast on all things Internet tackles the quirks of living in a screen-addicted world. During the festival, it will join forces with Song Exploder, a podcast that unravels the origin stories behind popular tunes. Rumour has it the panel will revealing some of the secrets behind Reply All’s most successful episodes.

For fans of: NPR’s Invisibilia, which analyzes how cultural zeitgeists influence human behaviour, or the straight-talking comedy cast 2 Dope Queens by WNYC studios.

4The Premise: This chart-topping Radiotopia podcast deconstructs humanity’s dark side, digging behind sensationalist headlines to investigate the secret inner workings of criminals and the justice system. This live show, the podcast’s Canadian debut, will feature live musical accompaniment for maximal eerie ambience.

For fans of: The binge-worthy grit and mystery of Serial, or the skull-and-daggers superstition of Lore.

Essential Episodes: Episode 35, in which a courtroom sketch artist recounts how shattering it was to be in the same room as John Wayne Gacy and his victims’ families. Episode 47 provides a fascinating insiders’ perspective on producing pot brownies in 1970s San Francisco.

5The Premise: It’s the stuff of professors’ and fact-checkers’ dreams. Each episode separates truth from fiction on topics as diverse as the G-spot and gun control. Expect coffee, red wine and chocolate to feature prominently in the show’s live premiere, an episode on the facts and fibs about vices.

For fans of: The airtight logic of NPR’s Hidden Brain, or the deep reporting of FiveThirtyEight Politics.

Essential episodes: “DNA and the Smell of Death” explains how law enforcement uses squeaky toys to train dogs to find dead bodies (if the corpse isn’t human, the dog doesn’t get the toy), while “Antidepressants” features a charged debate on whether happy pills are mere placebos. 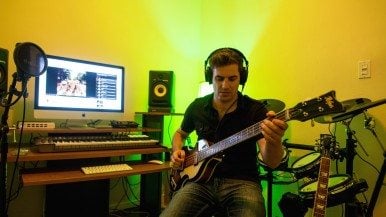