Netflix’s new figure skating drama series Spinning Out is one part campy soap, one part edge-of-your-seat sports drama. Think The O.C. meets I, Tonya and you’re getting close. The first season, which dropped earlier this month, follows Kat (Skins actress Kaya Scodelario), a singles skater recovering from a career-altering head injury, who teams up with bad-boy Justin (Canadian actor Evan Roderick) for a go at a pairs career. What ensues is 10 episodes of pain and glory, love triangles and parental drama courtesy of Mad Men star January Jones as Kat’s mom Carol. The show is set in a fictional Idaho town but was shot mostly at Blue Mountain ski resort near Collingwood and all over the GTA. Here’s a super-spoilery breakdown of every local filming location that shows up in the first season: 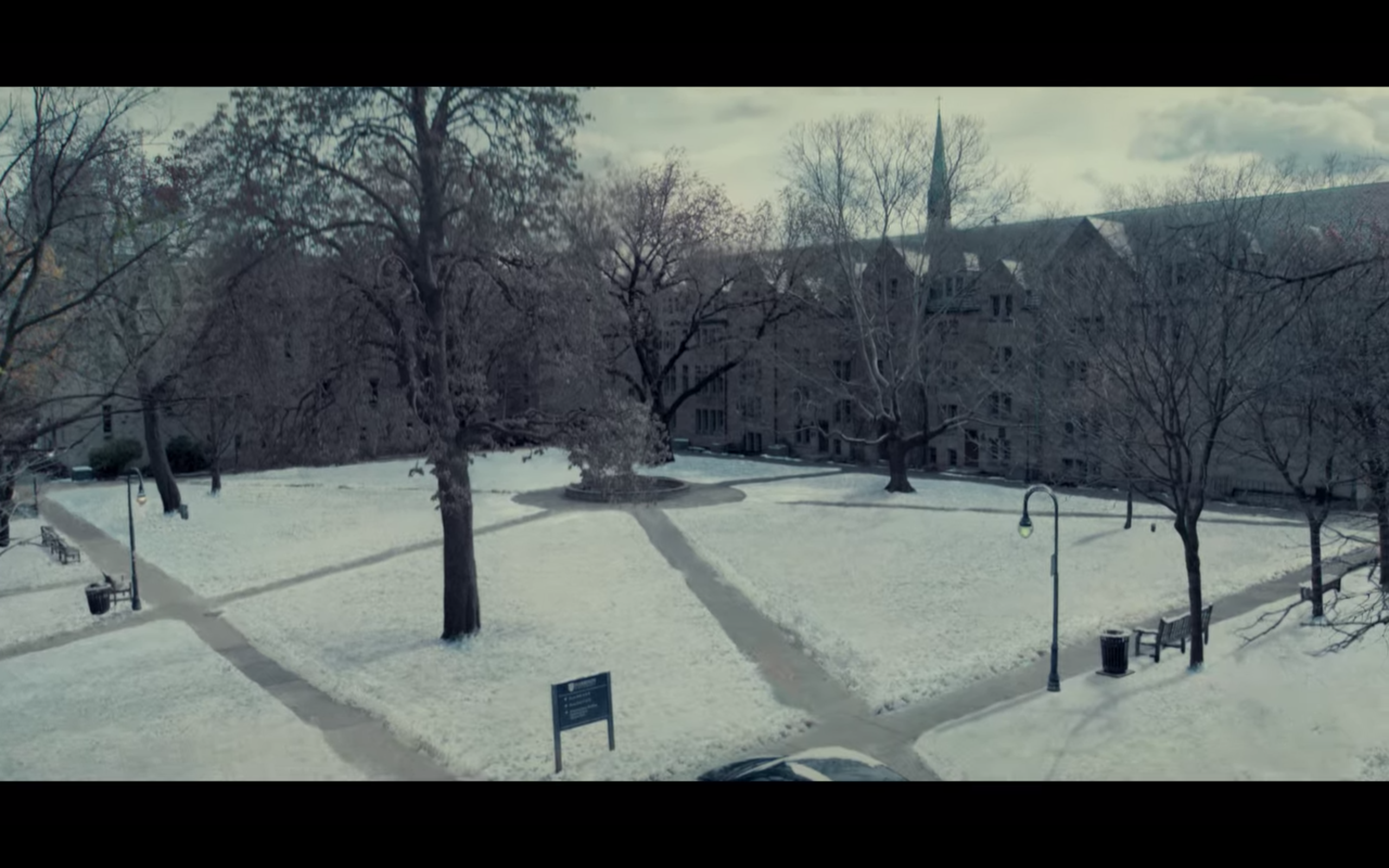 When Kat misses a jump during a skills test, she drives in a rage to visit her boyfriend, Dave, at college. She runs through a snow-covered courtyard that is actually the quad at St. Michael’s College at U of T. 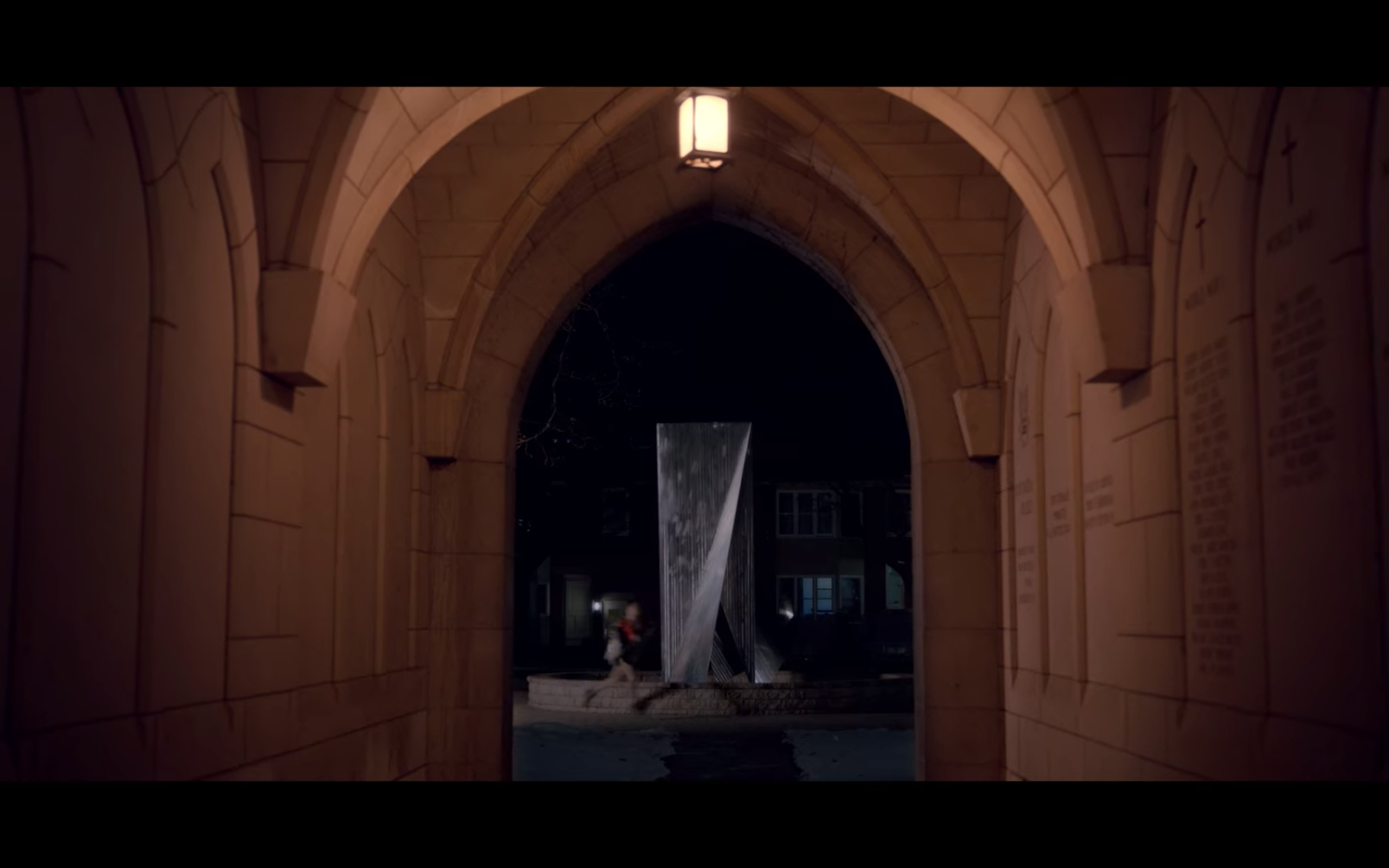 Still at U of T, she runs past the angular Saint Michael sculpture next to the Soldier’s Memorial Slype passage… 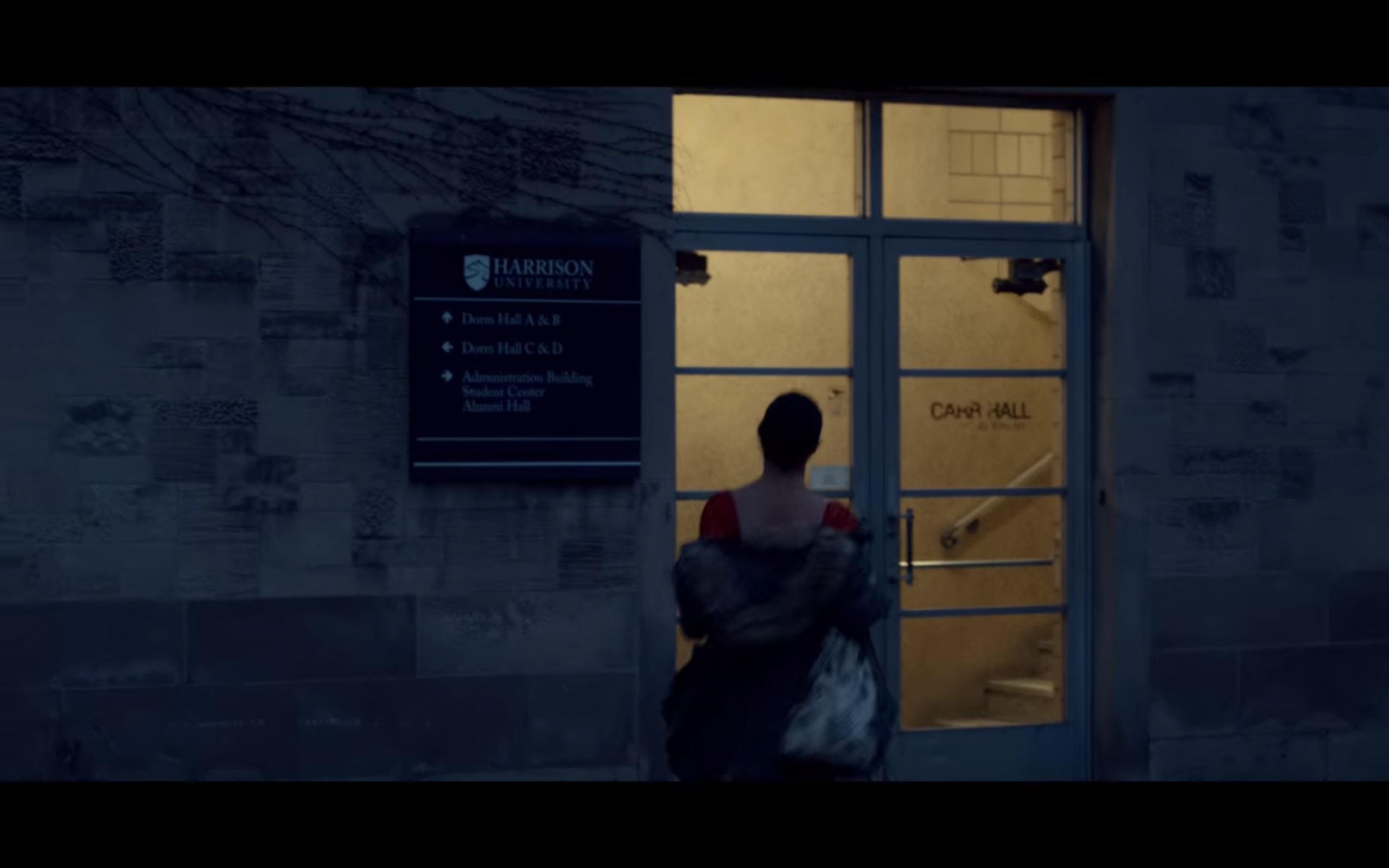 … and up to the doors of Carr Hall, except the sign instead reads “Harrison University.” 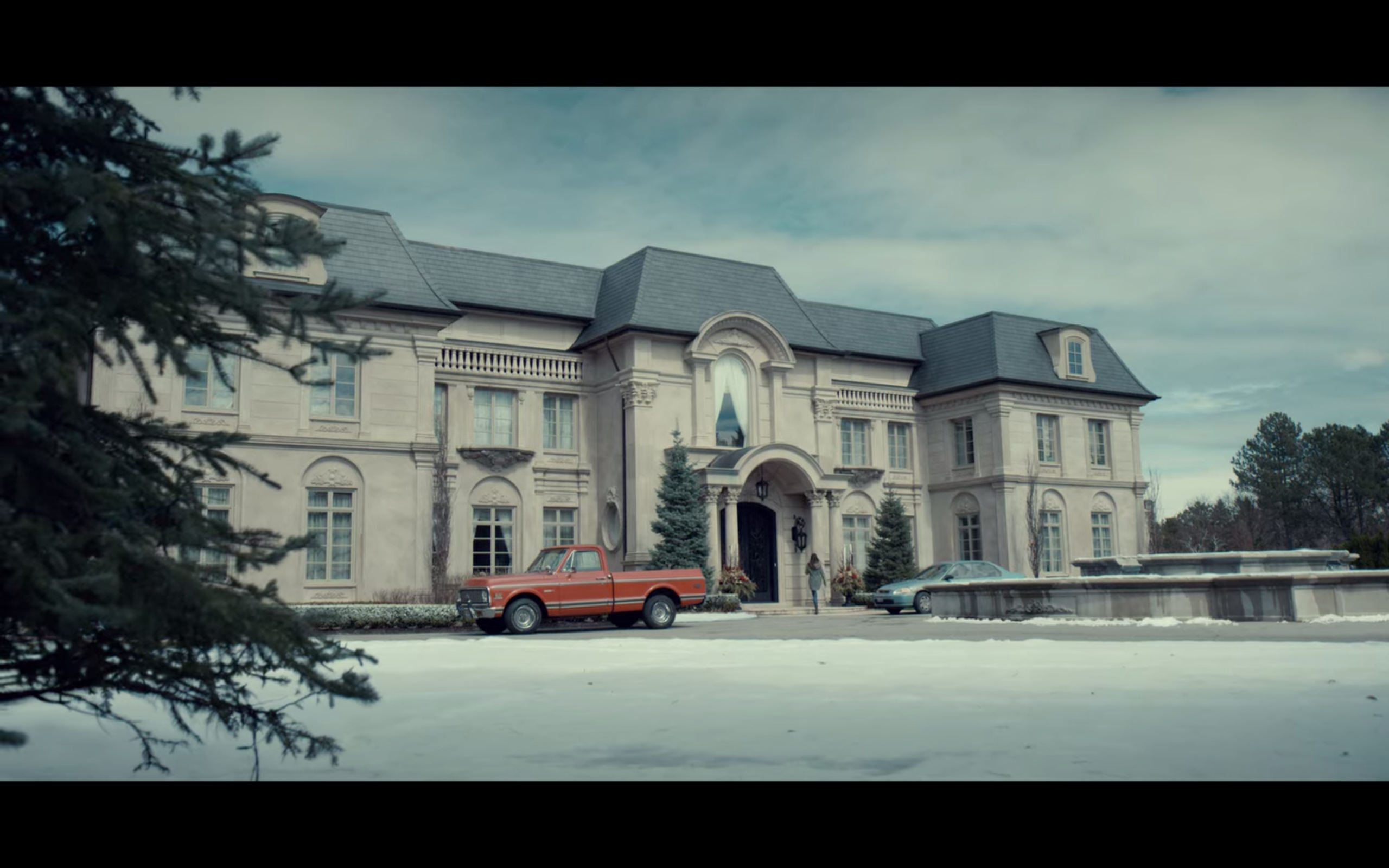 Kat decides she wants to skate with the rich, attractive, mostly unlikeable Justin—except for the fact that he already has a partner. To plead her case, she drives to his father and stepmother’s extravagant home, a 30,000-square-foot mansion in the Bridle Path. 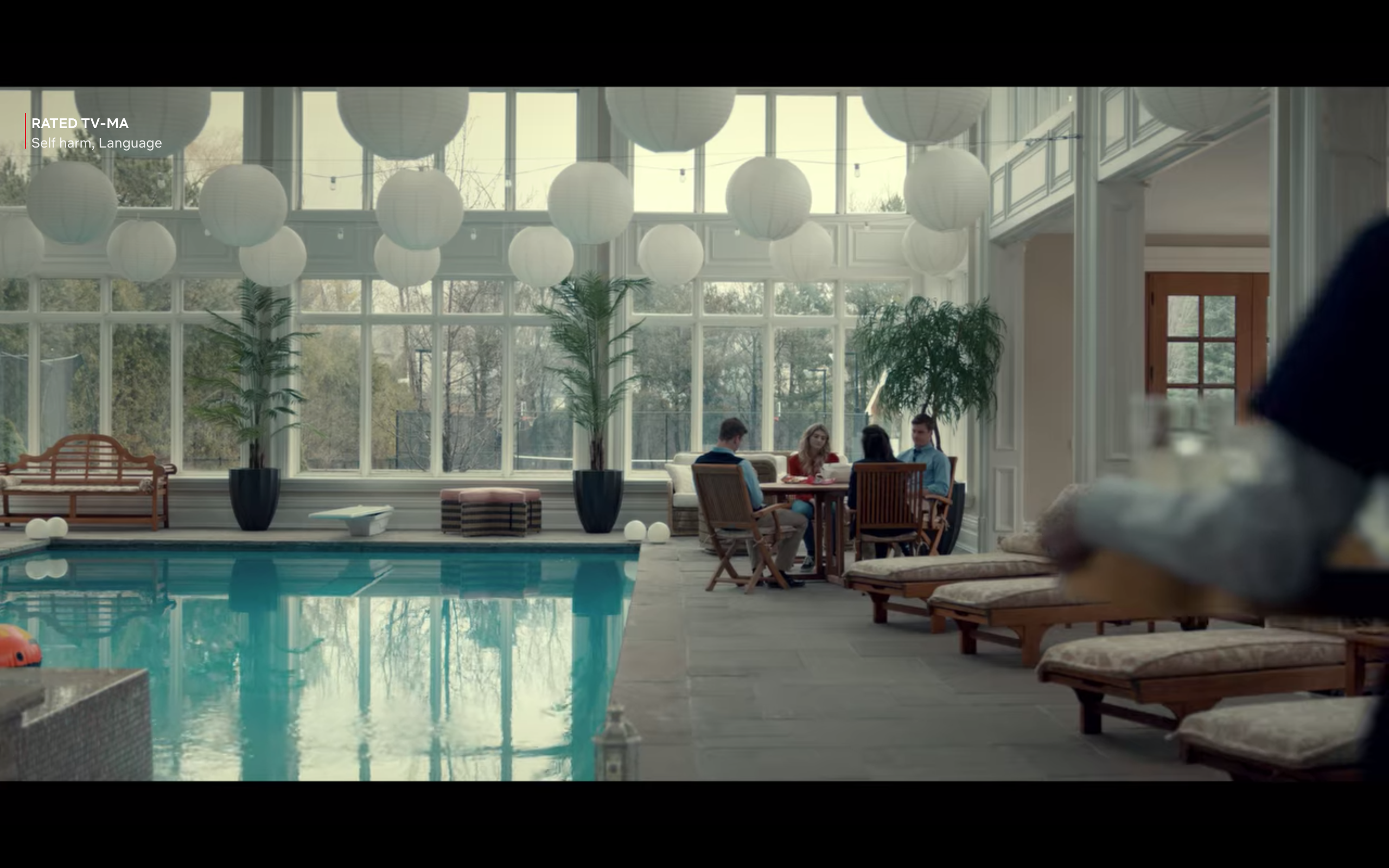 The mega-mansion makes another appearance in Episode 8, when Kat’s sister hangs out by Justin’s family’s indoor pool. In 2010, the owners listed the real-life home for $23 million. 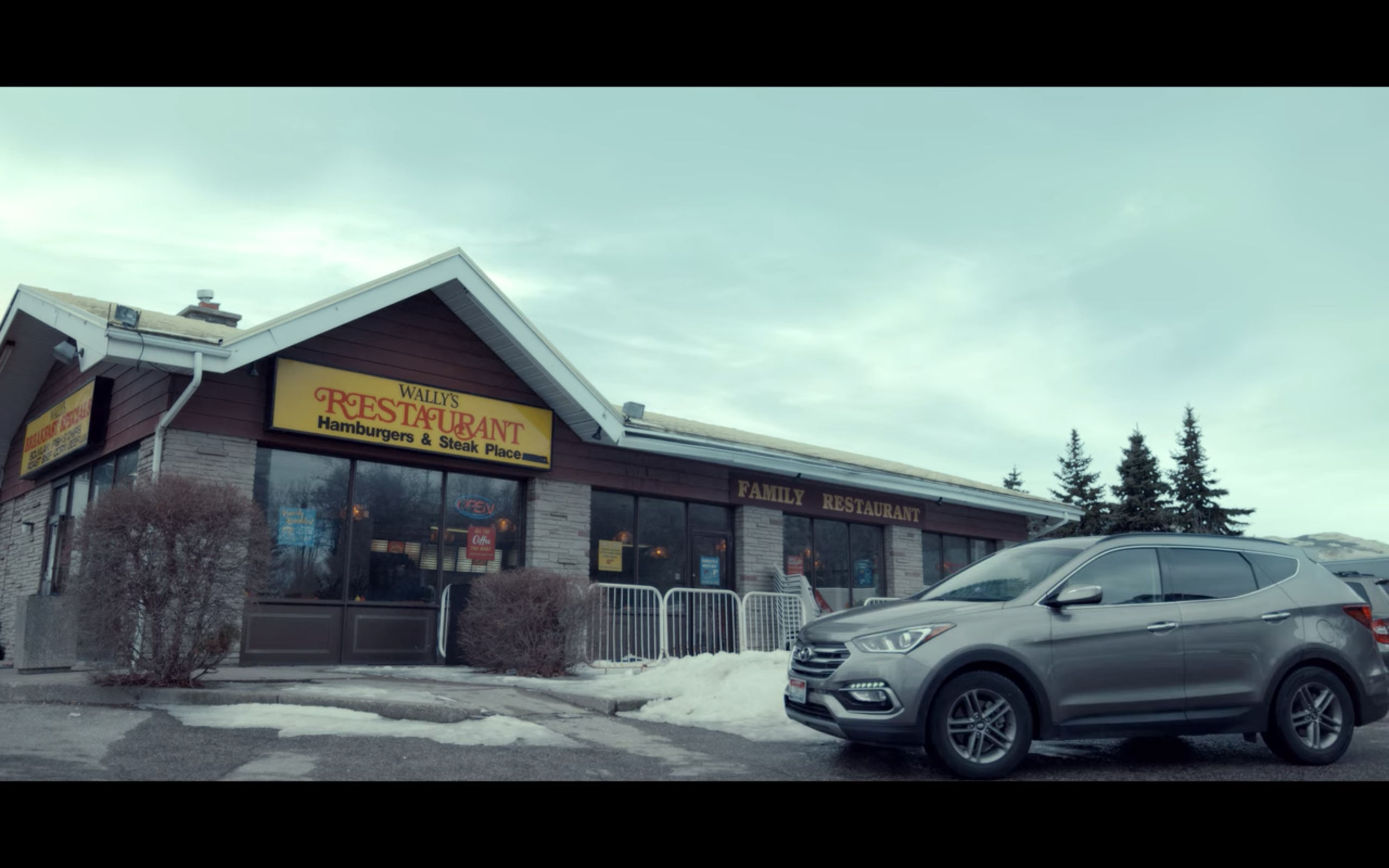 Kat and Justin’s coach drops them in the middle of nowhere as a team-building exercise. But they just call a Lyft to Justin’s favourite childhood restaurant. Wally’s Restaurant is a hamburger and steak place in Mississauga (Justin goes for the meatloaf). 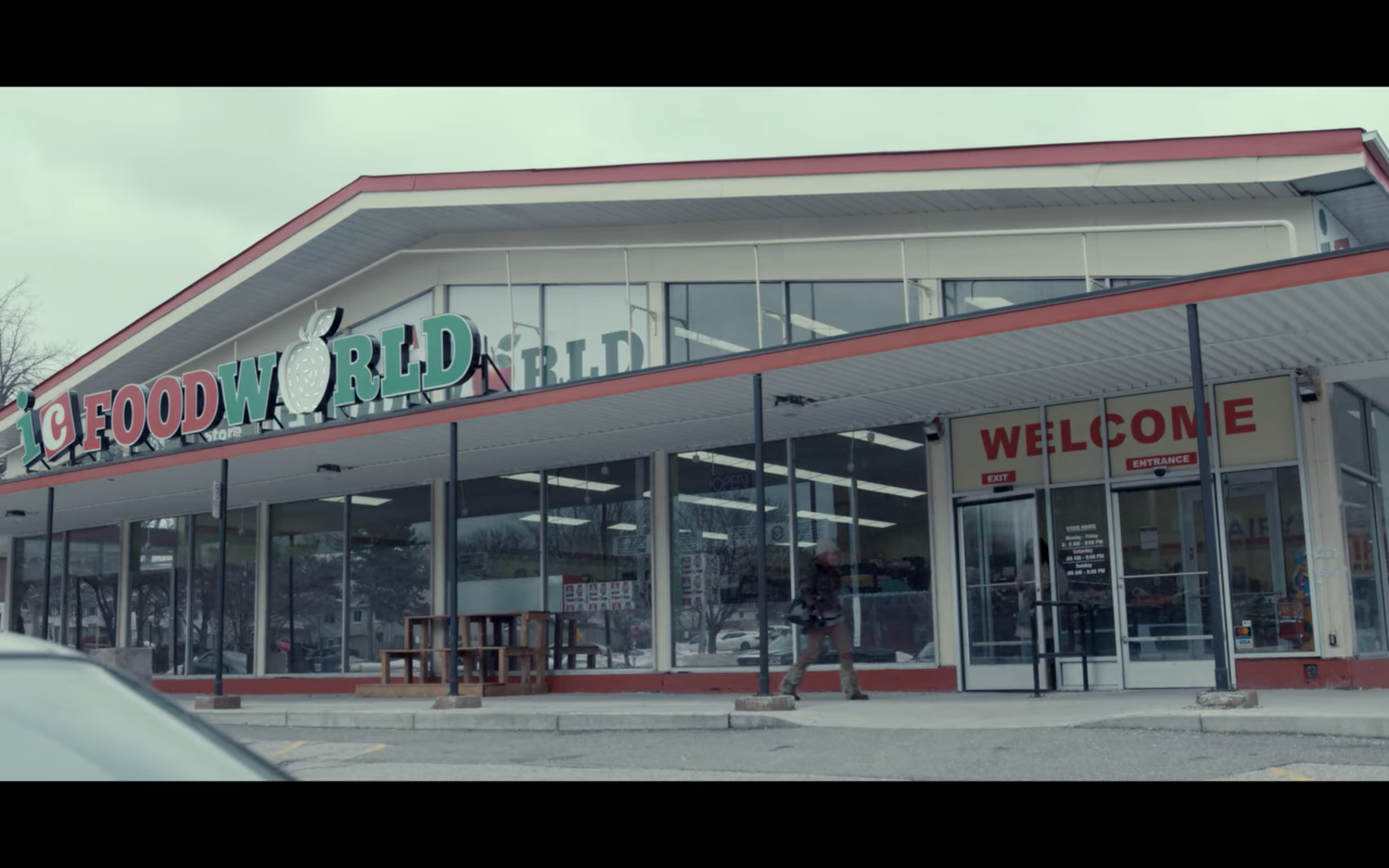 January Jones flashes back to her own figure skating days while buying a bag of multigrain Honey Crunch cereal at this Mississauga grocery store. 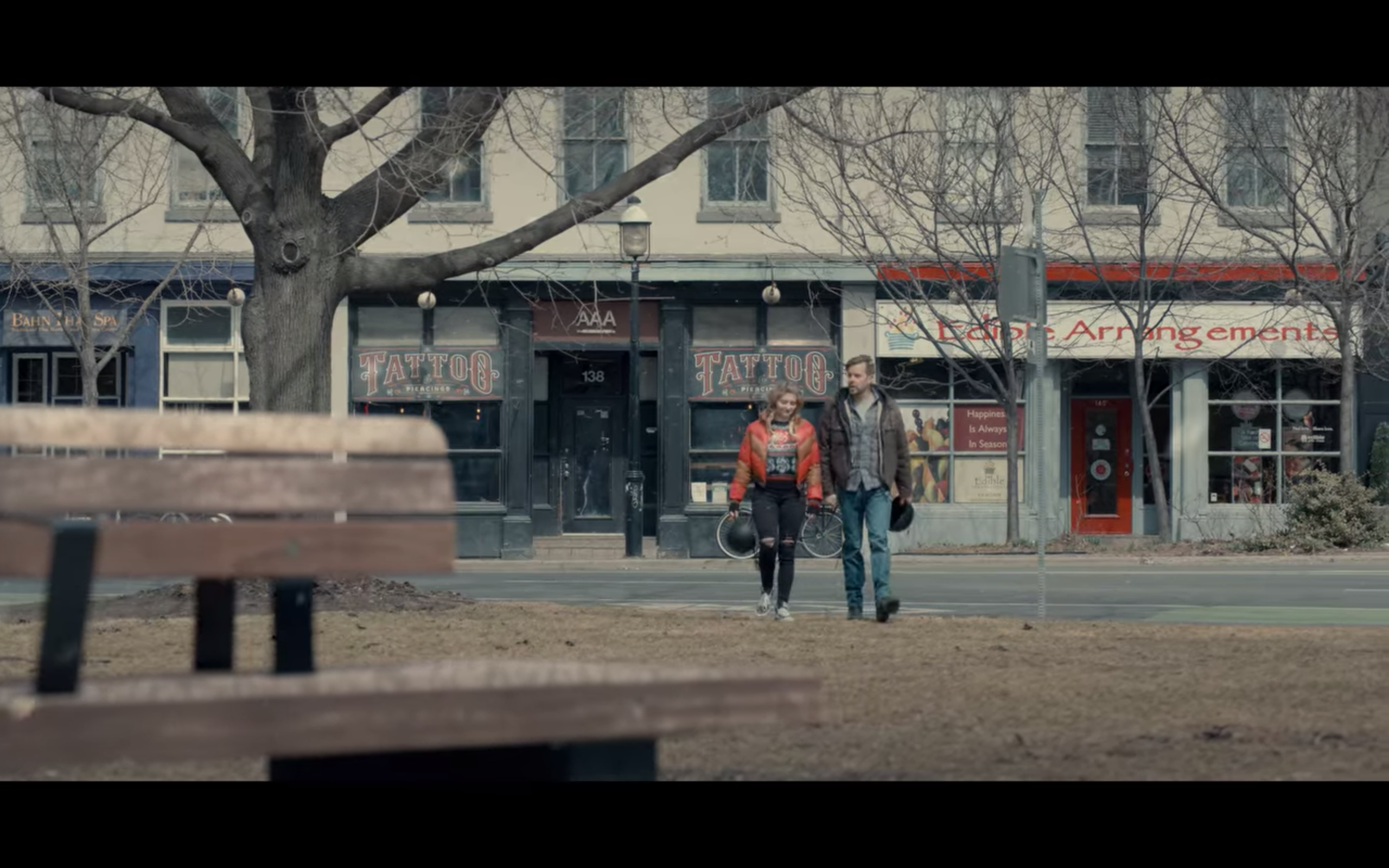 Serena and her estranged dad, Reggie, ride his motorcycle on Adelaide Street. In one scene they’re walking away from a tattoo shop across the street to St. James Park. In reality, there’s no tattoo parlour there — it’s actually AAA Bar, an Austin-style ribs joint. 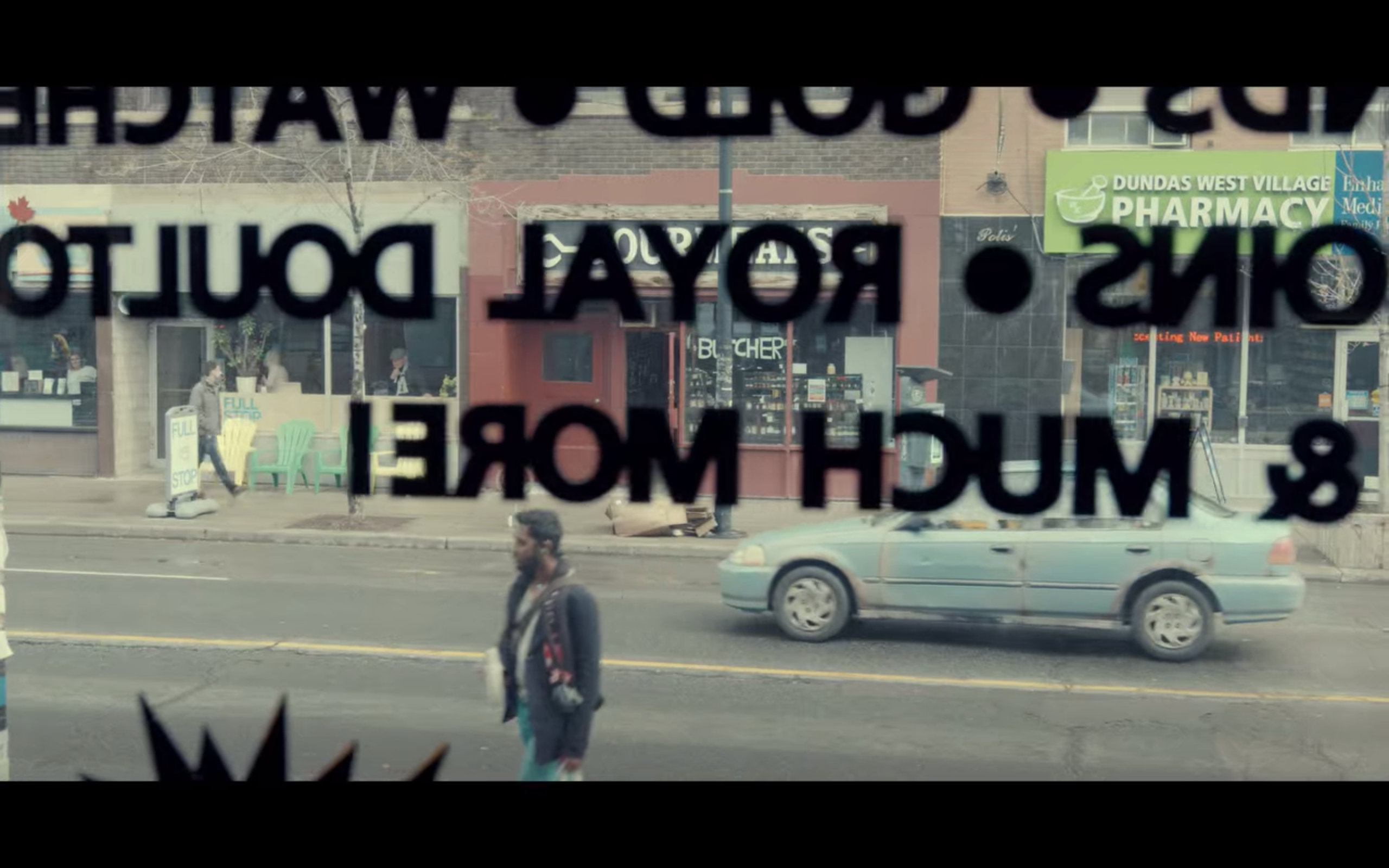 Kat’s mental health goes unchecked as she drives her car screaming past shops in the Junction. She passes butcher shop Gourmeats and the Dundas West Village Pharmacy before pulling an illegal U-turn. 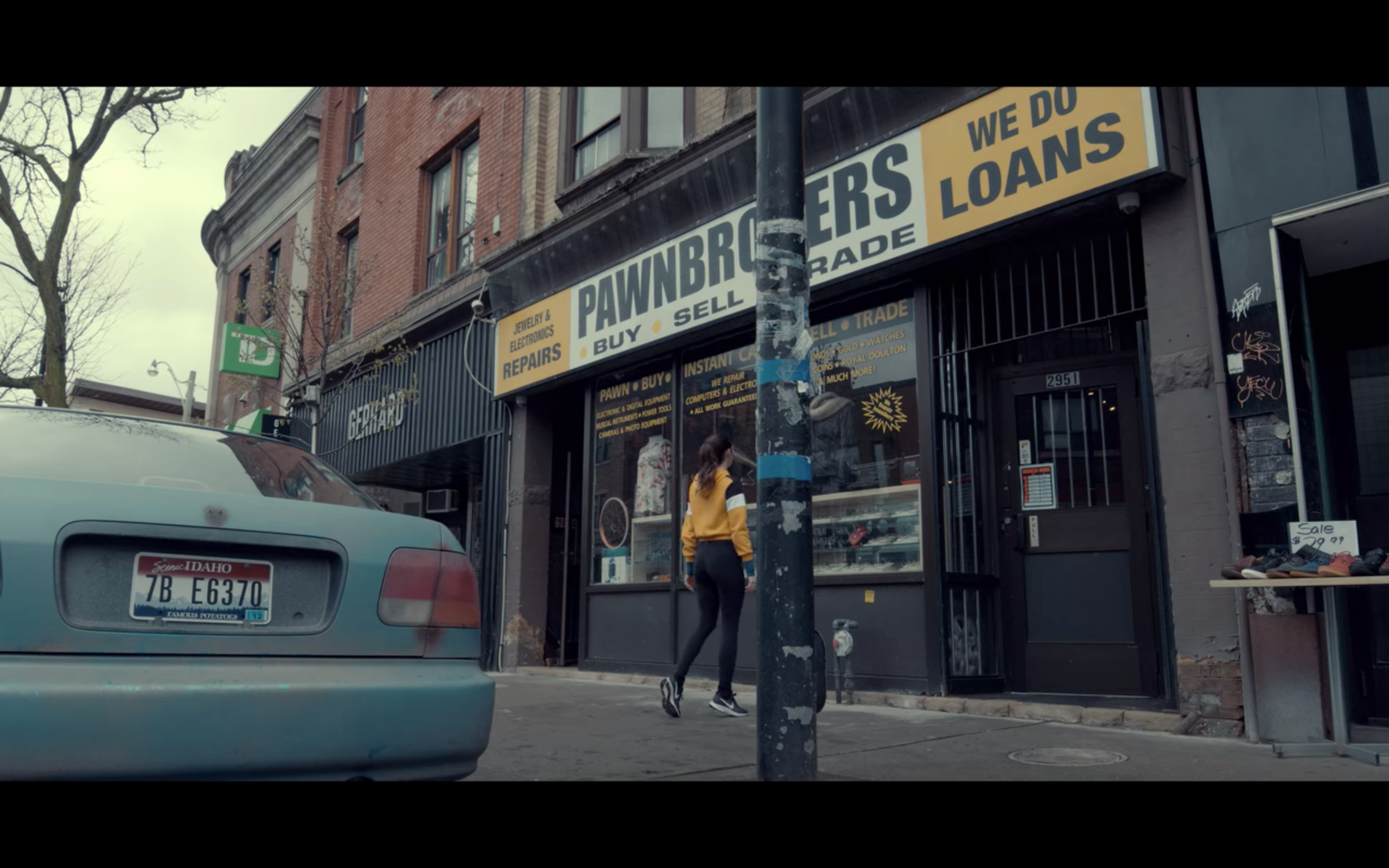 She gets out of her car to look at a fur scarf in the window of Dundas West Pawnbrokers (the men’s clothing store Gerhard and a TD Bank location show up next door). 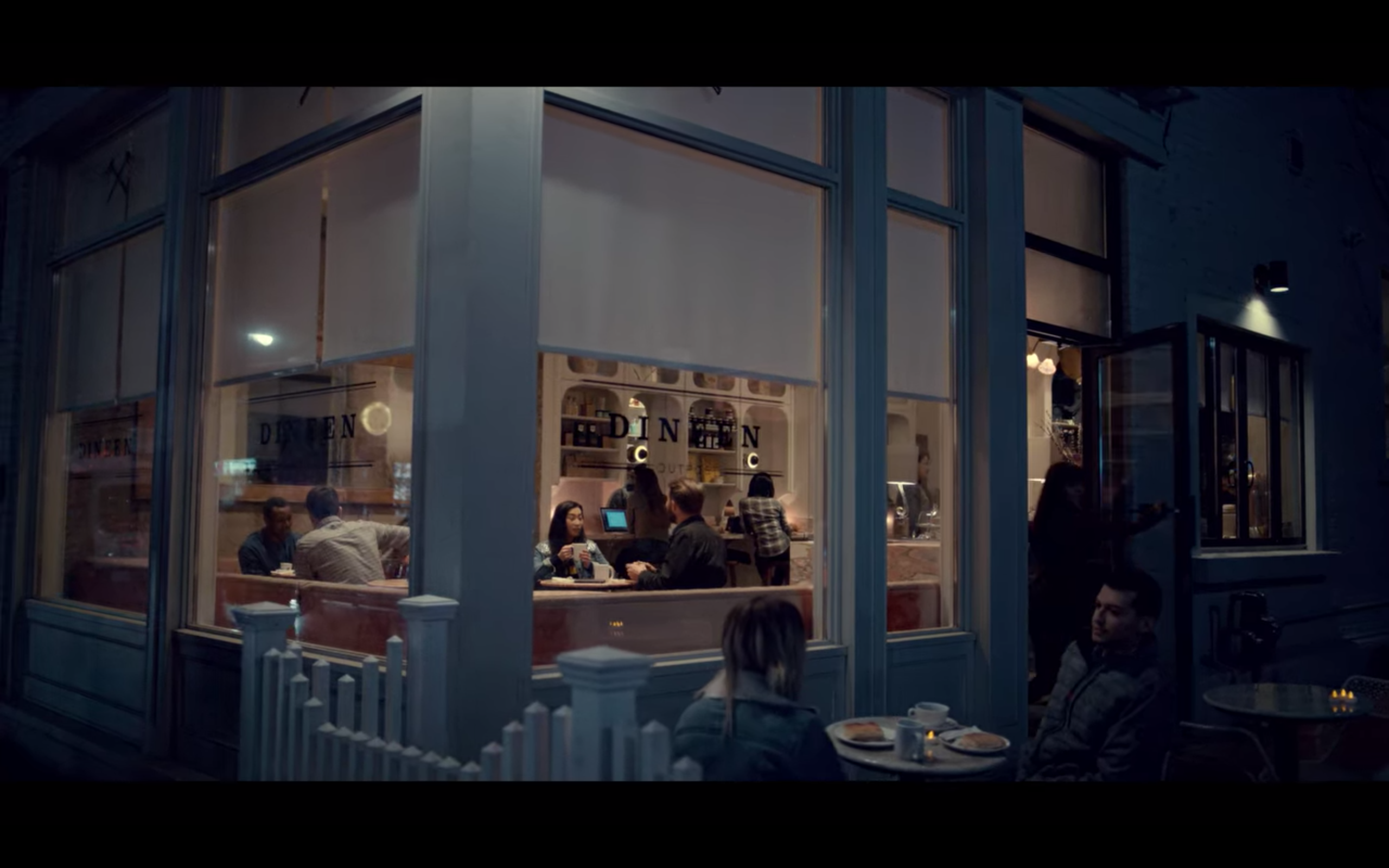 Kat’s best friend Jenn (Toronto actress Amanda Zhou) gets into an ill-advised relationship with her doctor. They go on a date to Dineen Outpost, the popular boutique coffee house in Leslieville. 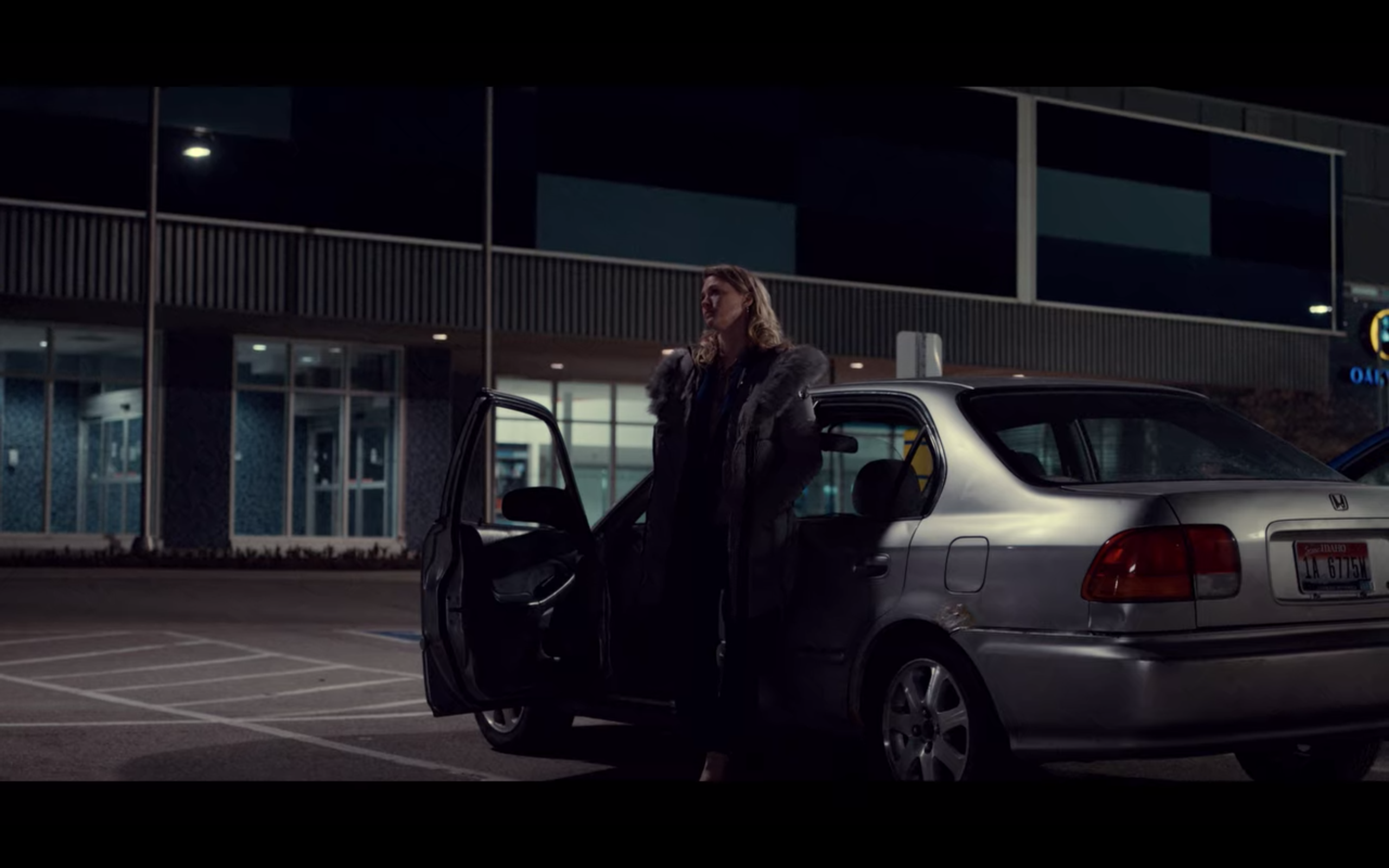 The climactic final episode centres around Kat and Justin skating in a Sectionals competition at the same rink where Kat suffered her head injury. The episode was shot in and around the city’s Sixteen Mile Sports Complex. In a tearful mother-daughter scene, Jones’ Carol talks to her daughter about her struggle with mental illness. The first three letters of the Oakville city sign can be seen at the end of the scene.