“Hit Parade has been the soundtrack to my walks this year. Chris Molanphy is a chart analyst who builds each episode around a songwriter or band that had a string of hits on the Billboard Hot 100 chart. You end up learning so many interesting things about the artist’s career, the cultural climate they were working in and the effects the industry had on the songs that made them popular. All the episodes are good, but I highly recommend the ones on Chic, Jim Steinman and Stevie Wonder.”

Never Split the Difference by Christopher Voss and Tahl Raz

Recommended by Adam Burchill, head of music at TikTok Canada

“To say this book changed my life would be an understatement. Voss is a former FBI hostage negotiator, and his book reveals tactics that are useful in the boardroom and in everyday life. It’s an easy read for such a nuanced and heavy subject, and there’s a great audiobook version available too.”

My Brilliant Friend by Elena Ferrante

“This is the first book in the author’s four-part Neapolitan series. I devoured every page about the intimate lives of two friends growing up in poverty in a postwar Naples ghetto. The jealousy, shame, thirst for power and social drama depicted are all just as relevant in today’s world, and it’s now been adapted into a television series on HBO. I adored the first two seasons, and I’m so excited for the third, which wrapped filming this fall.” 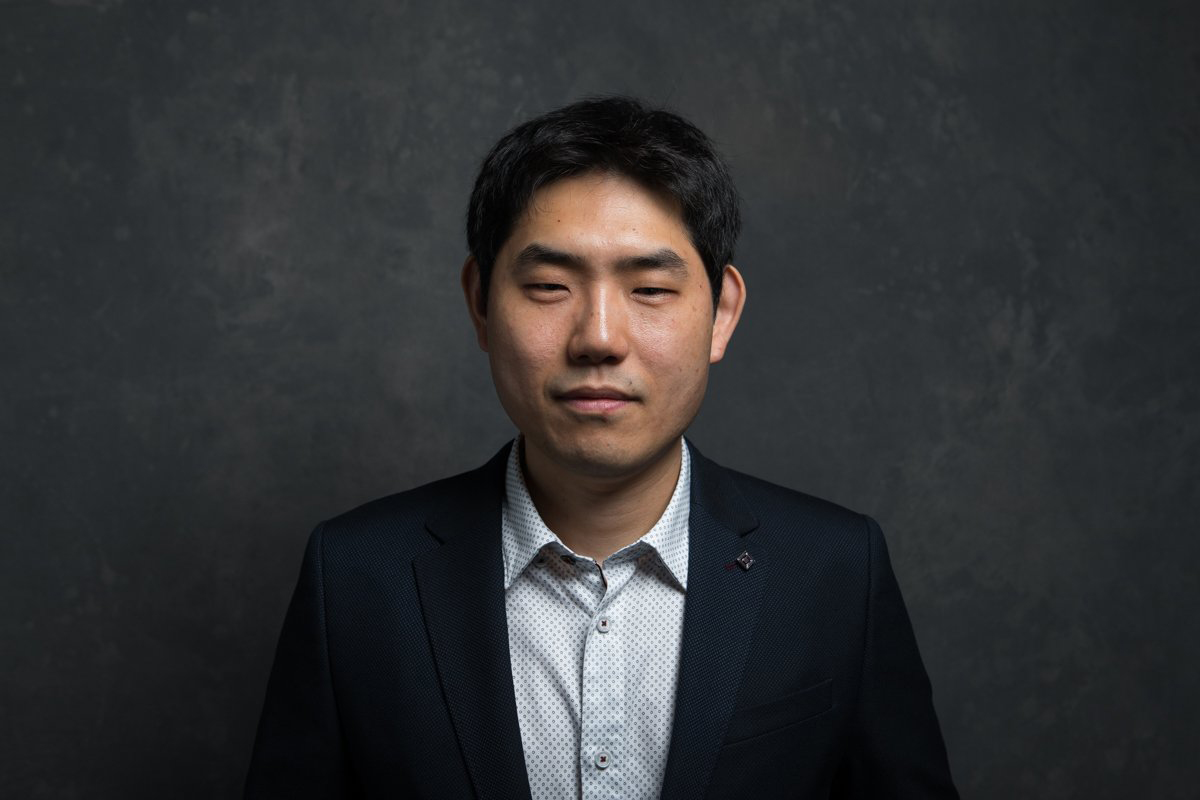 “I thought the pandemic would be a good time to expand my Korean food repertoire by exploring Maangchi’s fantastic channel. She has about six million followers on the platform, which suggests her recipes are doing something right—and I’m here to tell you that they absolutely are. Gimbap (seaweed rice rolls) are fun to make if you’re looking to spend a whole afternoon, and there’s even a recipe for dalgona, the sugary treat seen in Squid Game.” 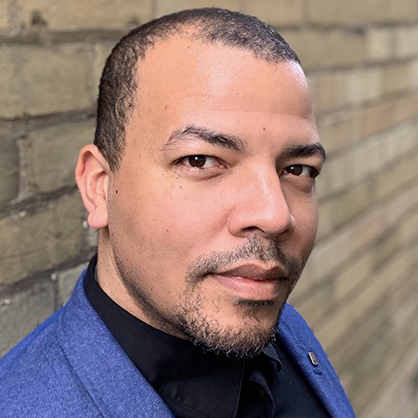 “I’m currently binge-watching this series from FX. The premise is so delicious: Russian spies, in an arranged marriage, pose as Americans in 1980s U.S. suburbia. The action begins when they meet their new neighbour: an FBI agent on the hunt for spies. The situation is wild, based on a true-ish story, and the return to the ’80s is oddly comforting.”

“Cardinal on CTV is adapted from a series of crime novels by Giles Blunt, and follows a police detective and his partner, who investigate crimes in a fictional Ontario town. I’ve been reading along, which has been a double pleasure. The series makes small-town Ontario in the dead of winter seem like the place to be. I can hear the crunching of snow just thinking about it.”

“In 2001, actor Connor Ratliff was fired from a small role on a Tom Hanks–directed episode of Band of Brothers for allegedly having ‘dead eyes,’ which derailed Ratliff’s entire career. Years later, he has turned this traumatic incident into a highly successful podcast in which he tries to figure out what happened—with the ultimate goal of a conversation with Hanks. Along the way, he chats with some very famous pals (now fans of the podcast) including Judd Apatow, Seth Rogen, Jon Hamm and Ira Glass.”

“I recently rewatched one of my favourite films, the great Japanese 1999 comedy-horror cult classic Wild Zero. If you like lo-fi movies about zombies, aliens and rock and roll, you can’t do better than this masterpiece. Starring the members of the rock band Guitar Wolf, the film will make you pump your fist in the air one moment and bring tears to your eyes the next. It’s pure, undiluted B-movie magic with a 100 per cent fresh rating on Rotten Tomatoes.” 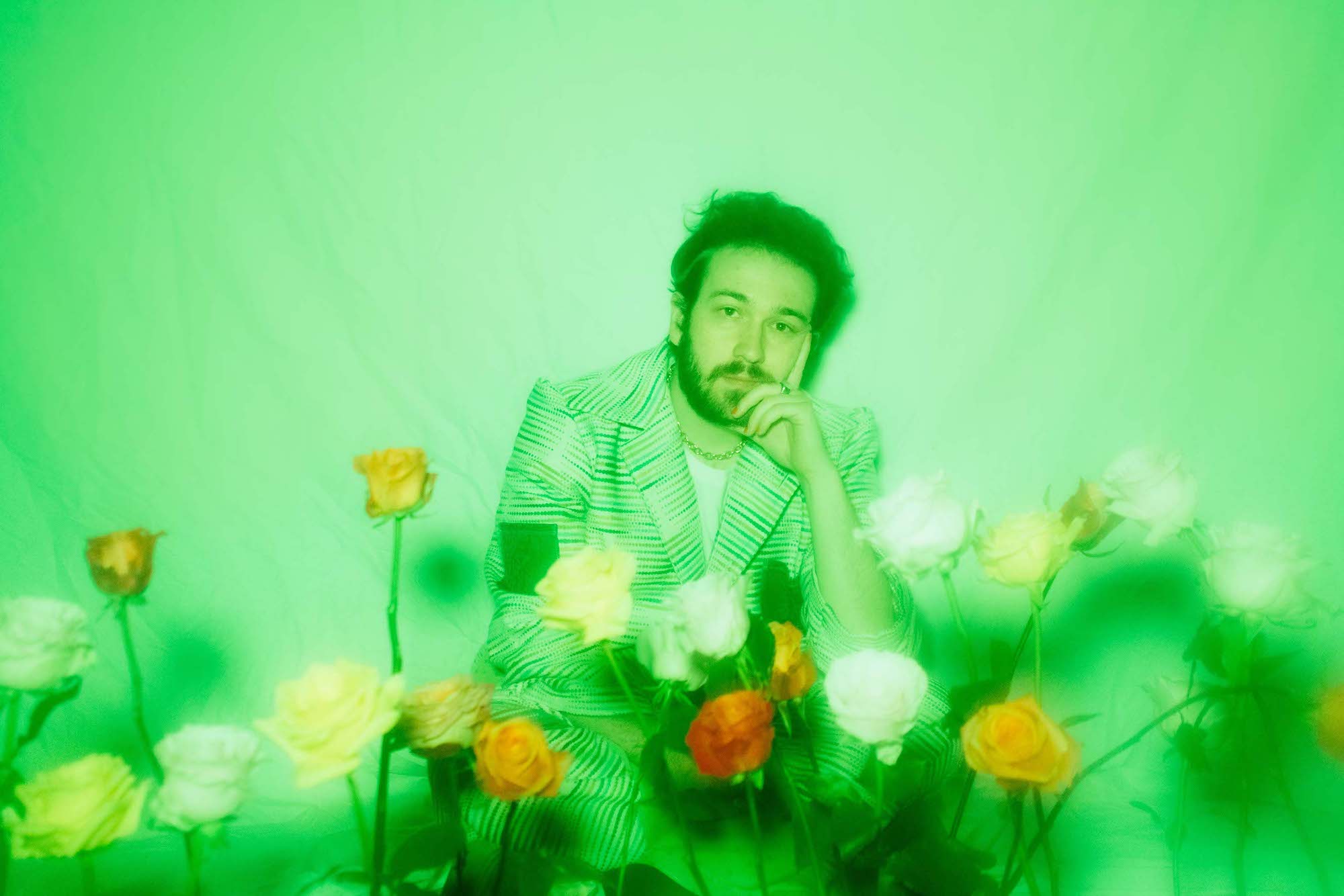 “Leos Carax is one of my favourite directors, and his very outside-the-box musical Annette is incredible. It stars Adam Driver and Marion Cotillard, and follows a baby, played by a marionette, who becomes a pop star. The film is absurd and surreal—it makes you laugh, cry, cringe, get angry and ecstatic. Carax’s premise might be: if you’re going to get weird, get really weird.” 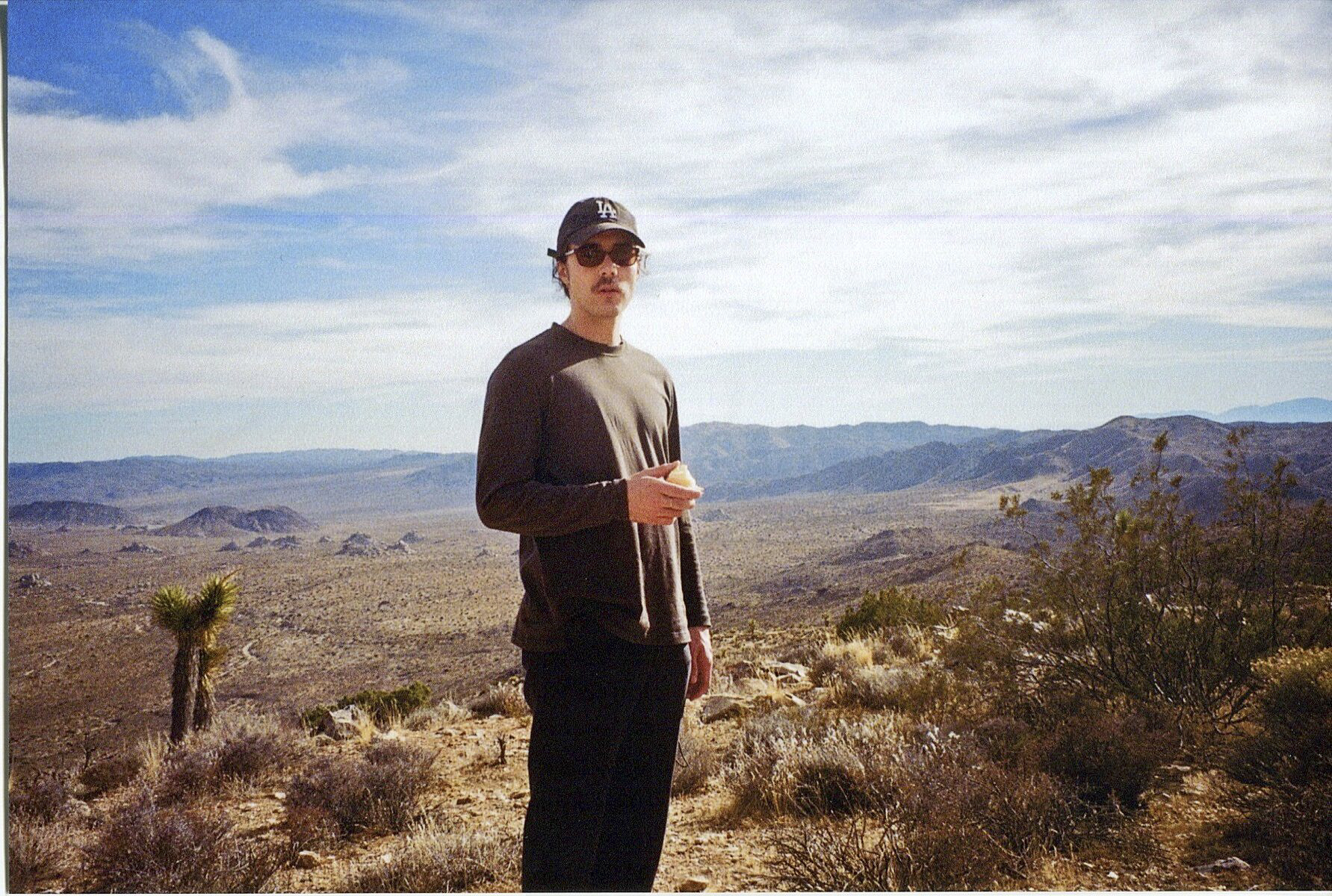 “Ten years ago, I watched an unbelievable YouTube video titled ‘World’s Biggest Wave Ever Surfed’ and was so mesmerized I kept returning to it year after year. That video was of the world-famous surfer Garrett McNamara in Portugal. And this HBO documentary series follows McNamara’s decade-long, globe-spanning search for gigantic waves. Watching the series is like watching that YouTube video times 1,000.” 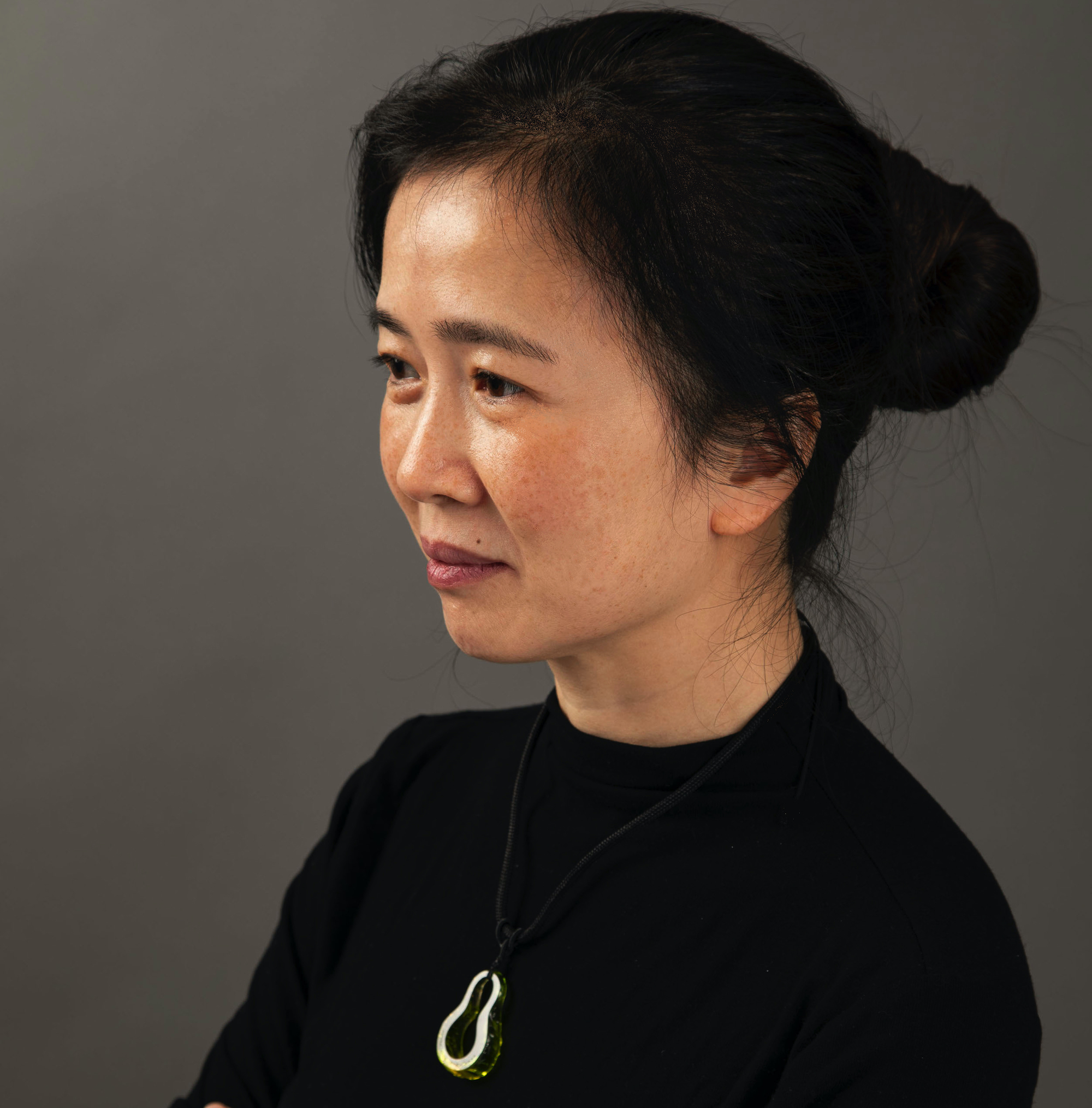 “In this permanent exhibit, I can spend hours lingering over the surreal rose hue of the rhodochrosite, gawk at the refractive geometry of larger-than-life clusters of amethyst, and find endless delight in the bulbous shapes of the Gogotte sandstone (which, in one specimen, resembles a faceless Michelin Man). When I look up, I feel like a child again, my sense of wonder restored.”

”I’ve been listening to this amazing Toronto-based artist. She’s wildly talented, a wizard with words, and starting to gain traction. Reset is great for a whole gamut of emotions: it’s perfect for introspective walks around the city or to share with friends who just need a warm musical hug. It is self-aware, sultry and soulful. Her track ‘This Isn’t a Phase’ is one of my favourites. Yarro brings all the feels.”

“I’ve always been a fan of word games, and I got hooked on Bananagrams right away. It includes a bunch of letter tiles in a cloth banana case, and the goal is to use up all your tiles in a word grid before everyone else. I love that it’s not a passive distraction—it pulls me out of my head. Plus you get to yell things like ‘Peel!’ and ‘Split!’ and it often descends into hilarity.” 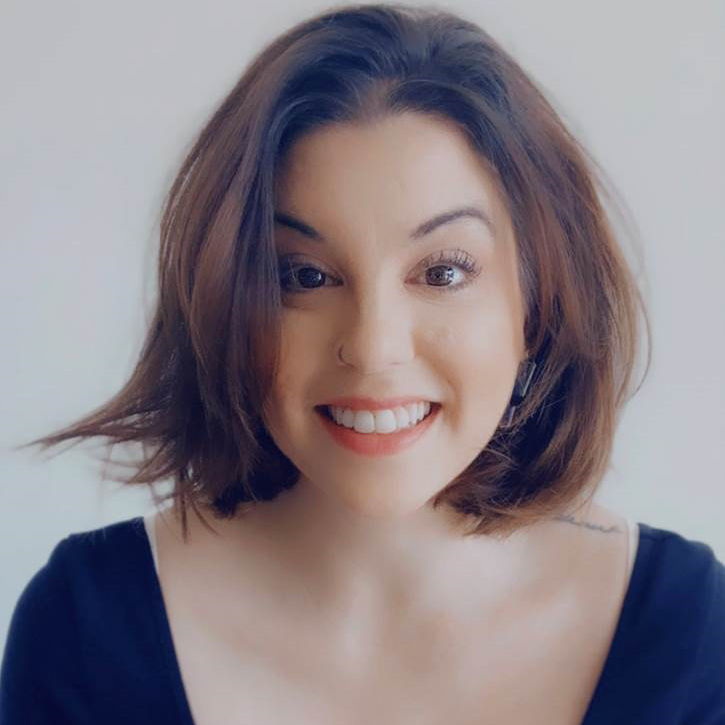 The New Clean by Jon Sands

“Have you ever liked a book so much that you carried it around with you everywhere? Sands’s skill is undeniable, the poems are carbonated with the buzz of a neon city, and his honesty is outright inspiring. These poems are quirky, they are not afraid to swoon, they are a friend knocking on your door asking if you can come out and play, and of course, the answer is always yes.”