In a city as young as Toronto, old buildings and lingering spirits are in short supply. But if there’s one local space that ghost-hunting shows have their eye on, it’s Casa Loma. Nick Di Donato, the CEO of Liberty Entertainment Group—which manages the castle—has fielded more than a few requests from paranormal investigators anxious to scope out Casa Loma overnight, but he thinks they’d come up empty. “I’ve been here for almost three years now, day and night, around the clock,” says Di Donato. “If the castle’s got anything at all, it’s a great spirit. It’s happy to be alive, happy to be here, happy to be a big part of the fabric of Toronto and its history.”

This Halloween, in lieu of actual monsters, Casa Loma is bringing back its $1.5-million fright fest. Legends of Horror, which is open until October 31, is a 1.5-kilometre trail that winds through Casa Loma’s gardens, stables and plenty of creaky metal gates. The terrifying tour takes advantage of the estate’s mysterious history and includes a mad monster party of famous beasts. And, this year, it features a few new spooky sections. Here are a few creature features you can expect. 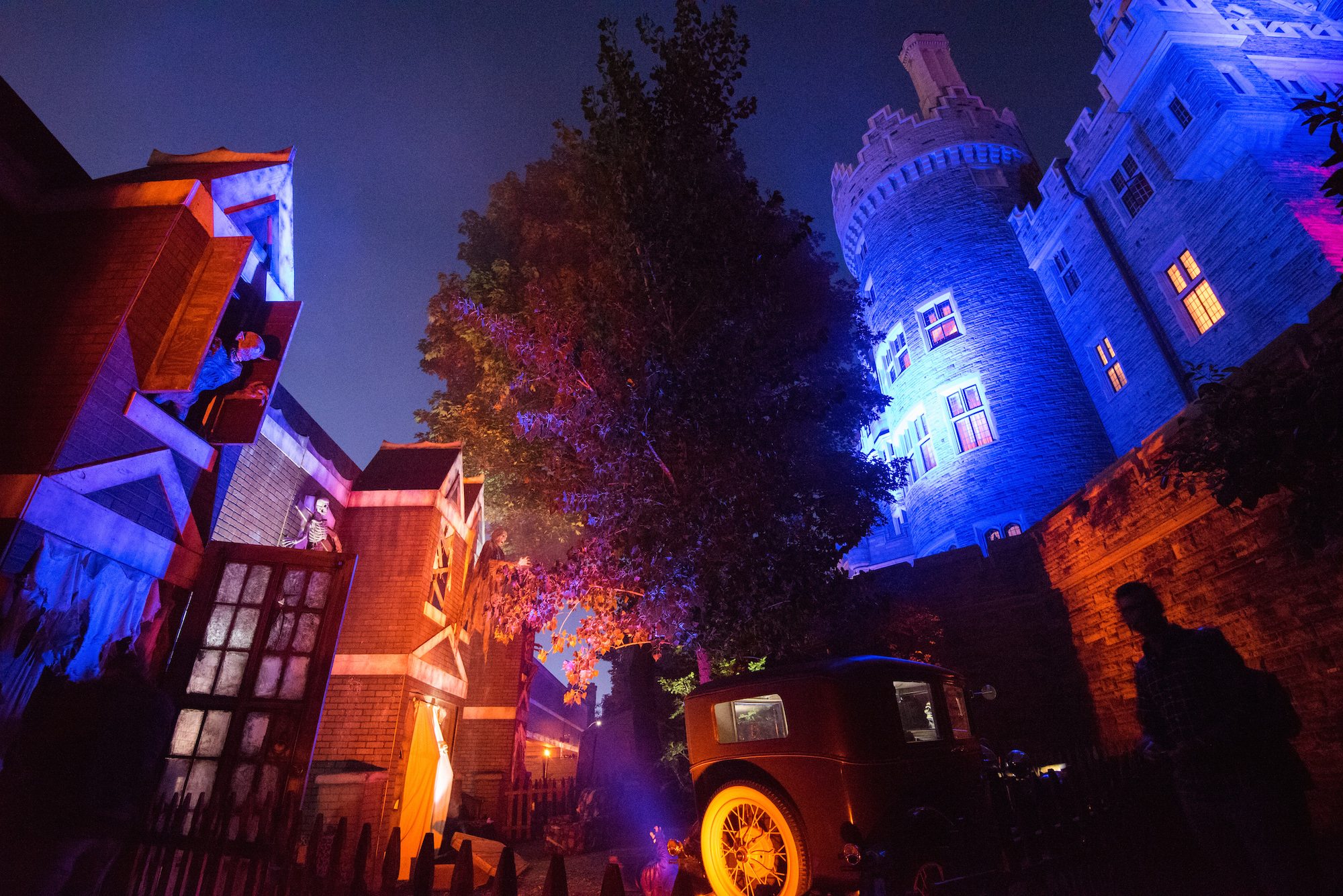 One of the new additions is a ghoul house in the gardens. It’s surrounded by corpses and a jalopy full of skeletons, and one crypt keeper may warn you that the interior of the house is “extra scary” compared to the rest of the path (that largely translates to “extra loud”). Most of Casa Loma’s Halloween haunt is outdoors, but the ghoul wing is best for those prefer to get up close and personal with the creepers. The wing also ups the ante on the animatronics, with room after room of shaking, rattling and shrieking zombie machines that launch themselves at every visitor. One chamber is full of zombie clowns, clutching walkers and waggling about. 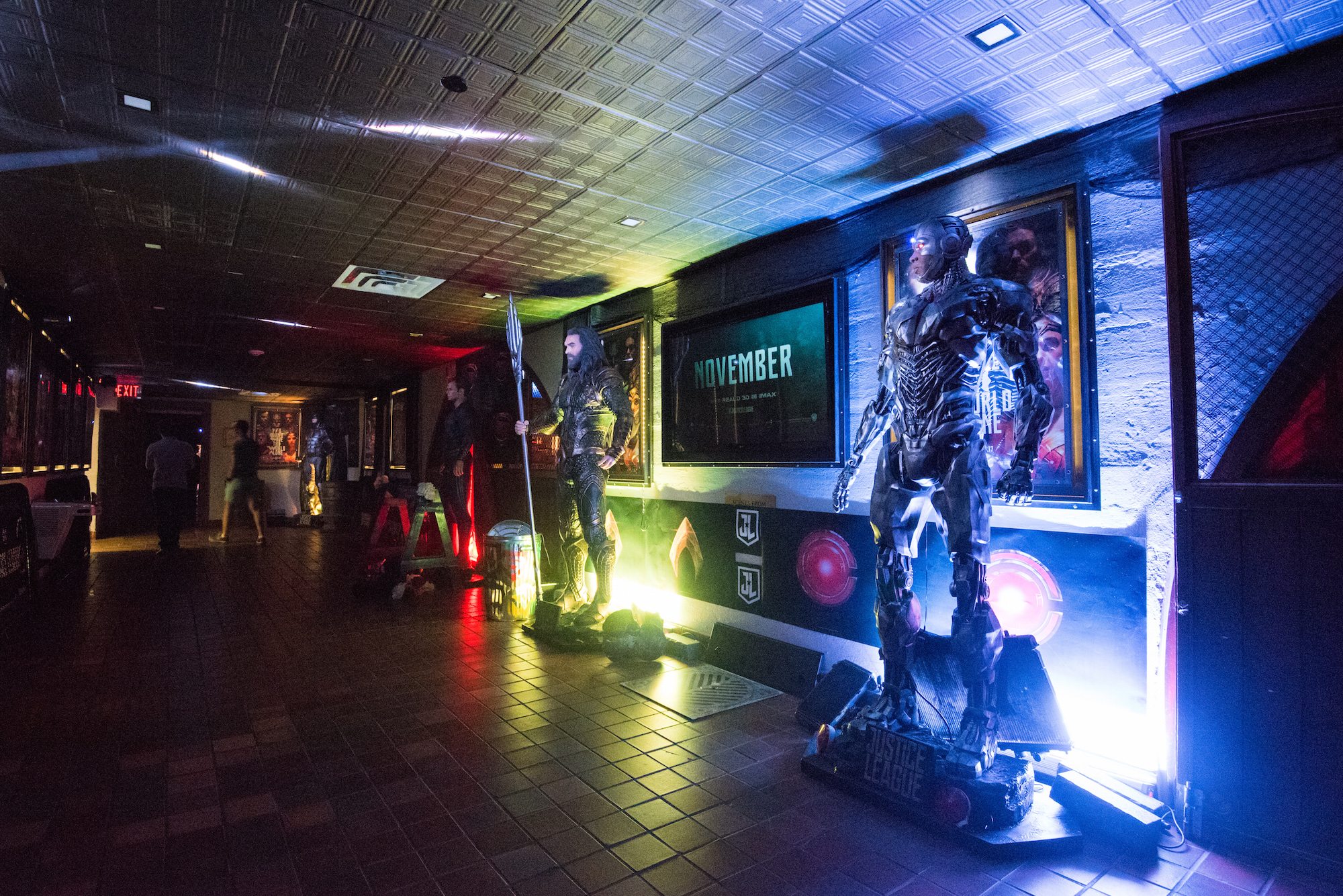 In the first of the returning areas, Di Donato took inspiration from The Wolfman. The giant snarling beast head is an animatronic stained with blood and white hair matted in fresh death. Di Donato fiddled with the the impressive wolf puppet for about six months—it moves about, gnashes its teeth and blares its eyes. The best thing about werewolves isn’t their claws and howls, of course, but the transformation between human and hairy terror, so, as guests walk along the path, they’ll see each phase of the beast’s full-moon fever. One of Di Donato’s favourite classic horror scenes is from 1933’s The Invisible Man: the mad scientist in his parlour, smoking a pipe and disrobing in an act of cinematic illusion. Casa Loma’s version is clothed, with some special effects of its own: a disorienting mirror maze full of glowing crystal chandeliers. Another hi-tech highlight: the 3-D projection systems that show Dracula reigning over the south face of Casa Loma. Haunted house creators would probably kill to use a building as historic as Casa Loma, and the Legends tour takes full advantage of the castle’s storied past. In the tunnels that run beneath Spadina, long-forgotten local horrors live again: the great fire of 1904, the 10-year plague that began in 1912, the years in the late 1920s in which Casa Loma operated as a hotel. This area is an homage to that history, mixing original objects—the sign used to hang in the front of the hotel—and props inspired by films like Psycho and The Shining.

The swamp creature, mummy and Phantom of the Opera each get their own lair, while the entire stable house is dedicated to Frankenstein (the macabre tale’s 200th anniversary is fast approaching). Inside, where horses once stood, there are dissection tables and imprisoned victims, surrounded by fog feeding into the room from troughs underneath the floor tiles. Above is Frankenstein’s lab, with a massive selection of strange tools and, for that extra dose of authenticity, antiques from Casa Loma’s archives, including old cars and dentist chairs and, pictured here, the standing furnace on the left and the chandelier. 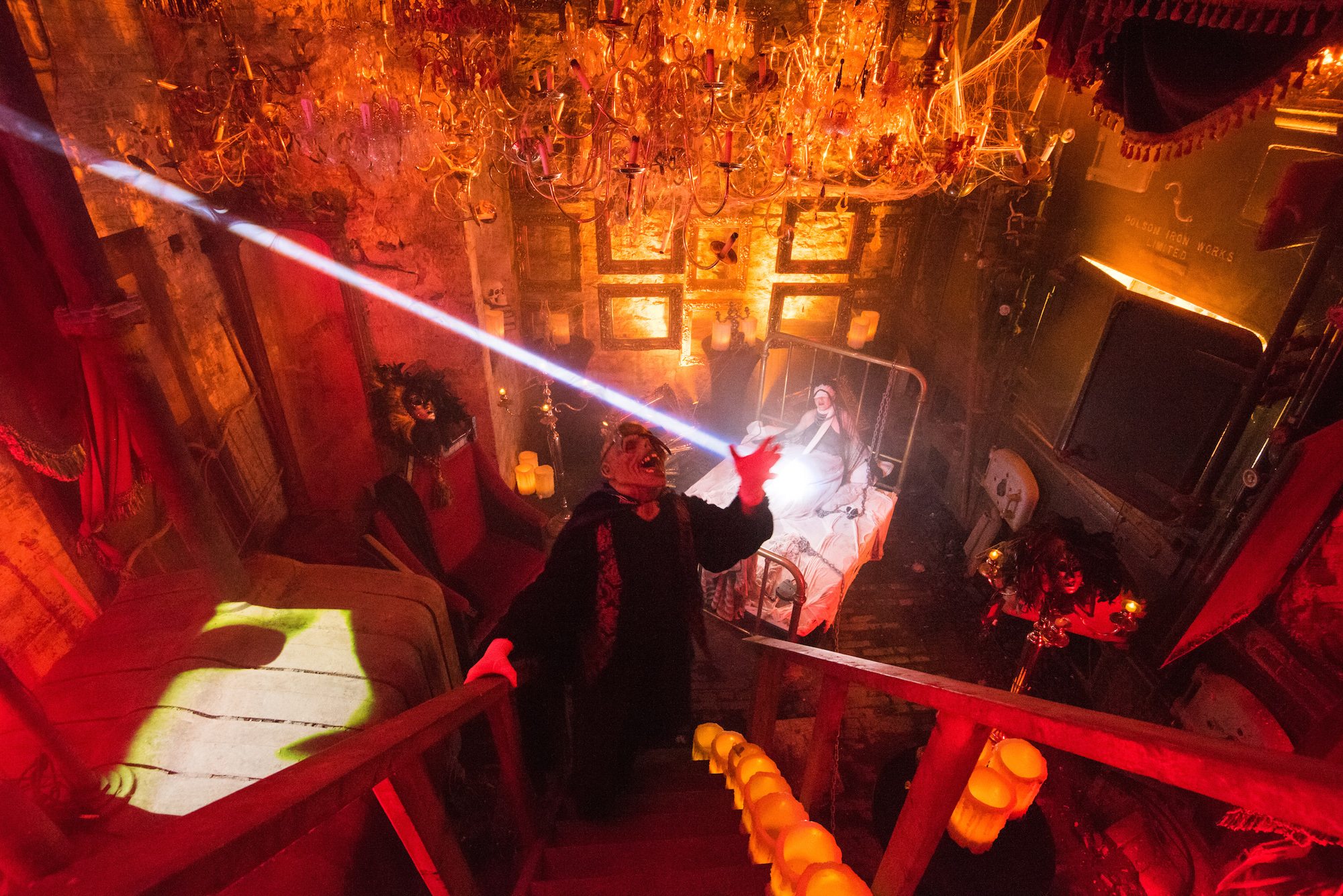