A new moon will rise in Toronto this week. The U.K. artist Luke Jerram’s touring Museum of the Moon brings the mysterious orb down to Earth—specifically, The Bentway—for close inspection and, no doubt, some weed-assisted cosmic reflection. He created his seven-metre-wide sculpture using high-res NASA imagery to calibrate the dimensions precisely: each centimetre represents five kilometres of the real deal. Visitors are invited to bask in its man-made glow at nightly meditation sessions and learn more through free astronomy talks. Museum of the Moon is on at The Bentway until September 15. Here’s a closer look at the installation.

It’s about four times the height of the average human: 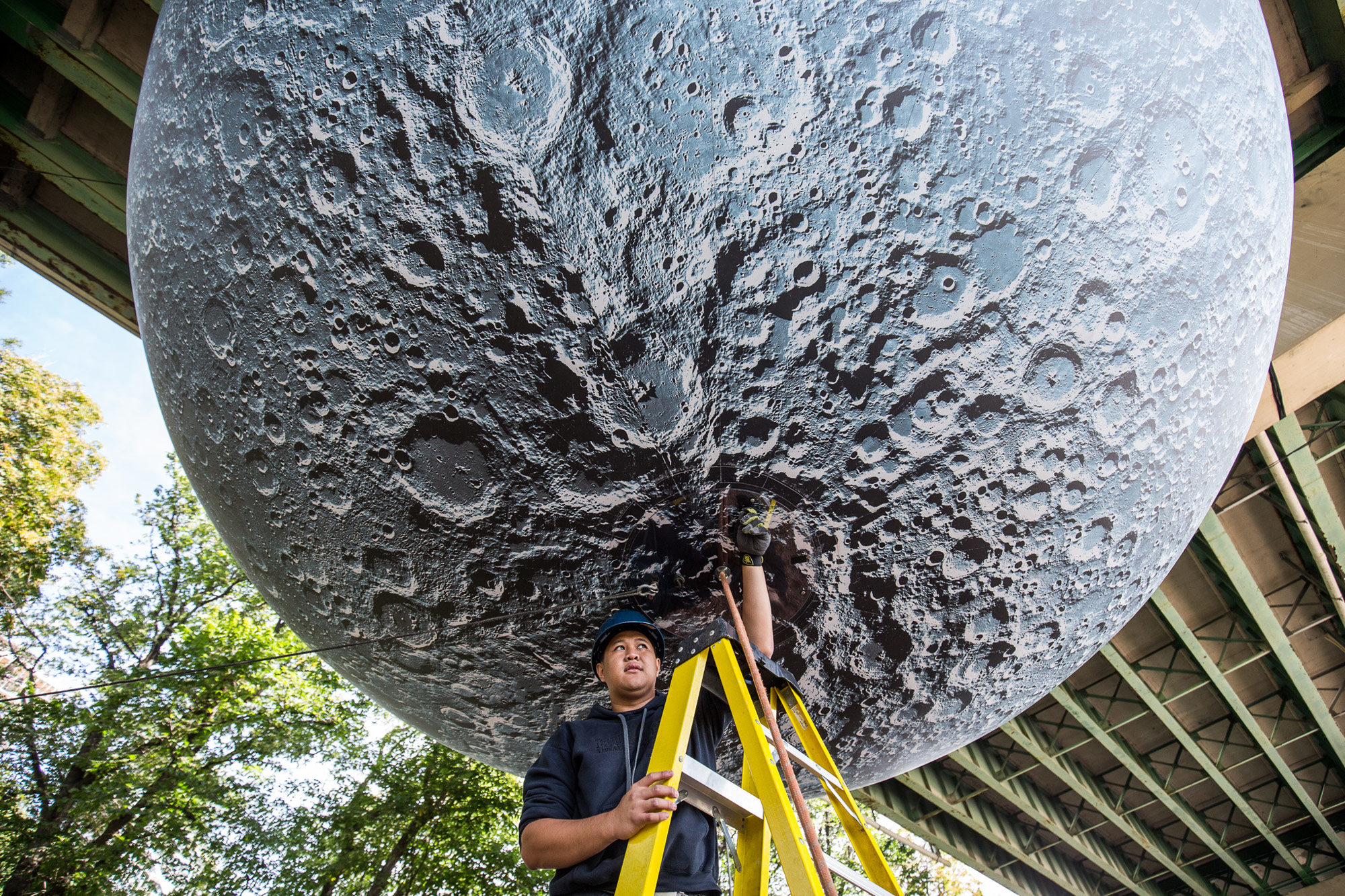 And here it is suspended in all its full-moon glory: