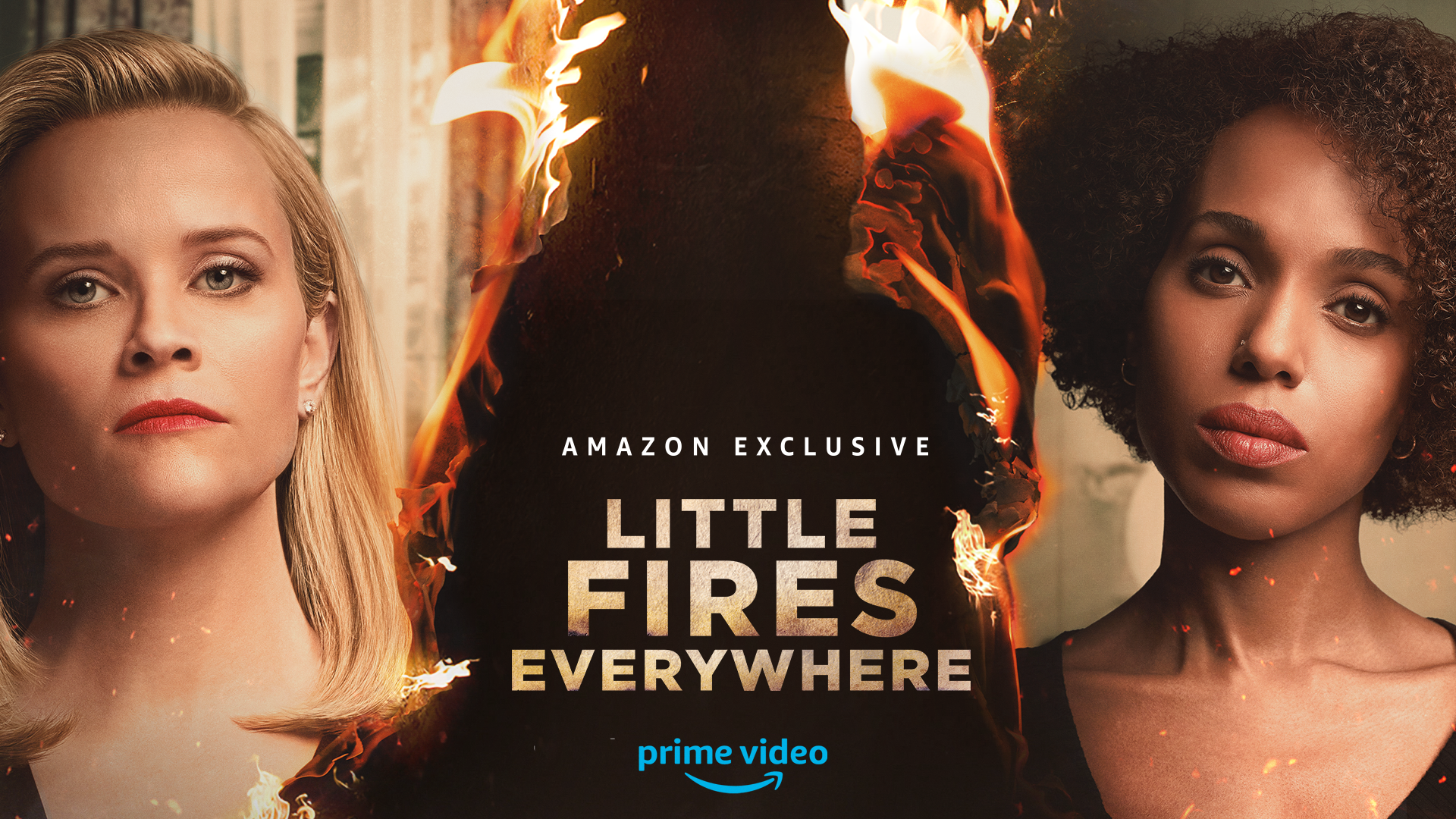 Little Fires Everywhere, the series adapted from the best-selling novel by Celeste Ng, focuses on motherhood, adolescence, class divides, and gender roles. The eight episodes—which bring a central mystery (no spoilers)—are also soaked in the aspirations and references of the late 1990s.

The year is 1997. The setting is upscale Shaker Heights, Ohio, where the author grew up. Two mothers are brought together by the friendships of their kids. Elena Richardson (Reese Witherspoon) is a perfectly coiffed matriarch who gave up her career as a journalist to raise four children and curate an upper-middle-class life. Mia Warren (Kerry Washington) is the reluctant new arrival, an artist, and a single mom who never stays in one place for too long. Drama— big, thorny and complicated drama—ensues. 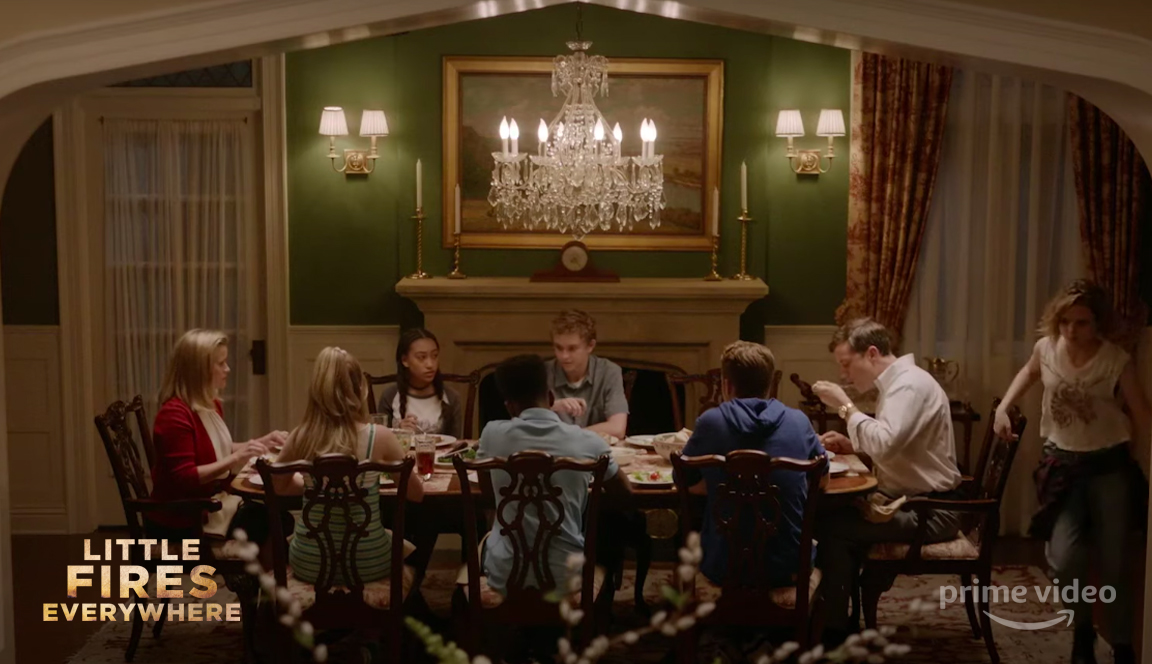 The story revolves around a classic Tudor-style mansion belonging to the Richardsons (Reese Witherspoon and Joshua Jackson), a house has all the Ethan Allen-meets-Pottery Barn aspiration of the decade. Decor influences run from Cape Cod to old-money gentlemen’s club. There’s a white-and-marble kitchen with dainty drapes and copper pots, and oversized furniture in the living room and dens. When the Richardson kids retreat to their den, it is as if we’re all melting into the room’s sky-blue, curvy-armed plush sofas. 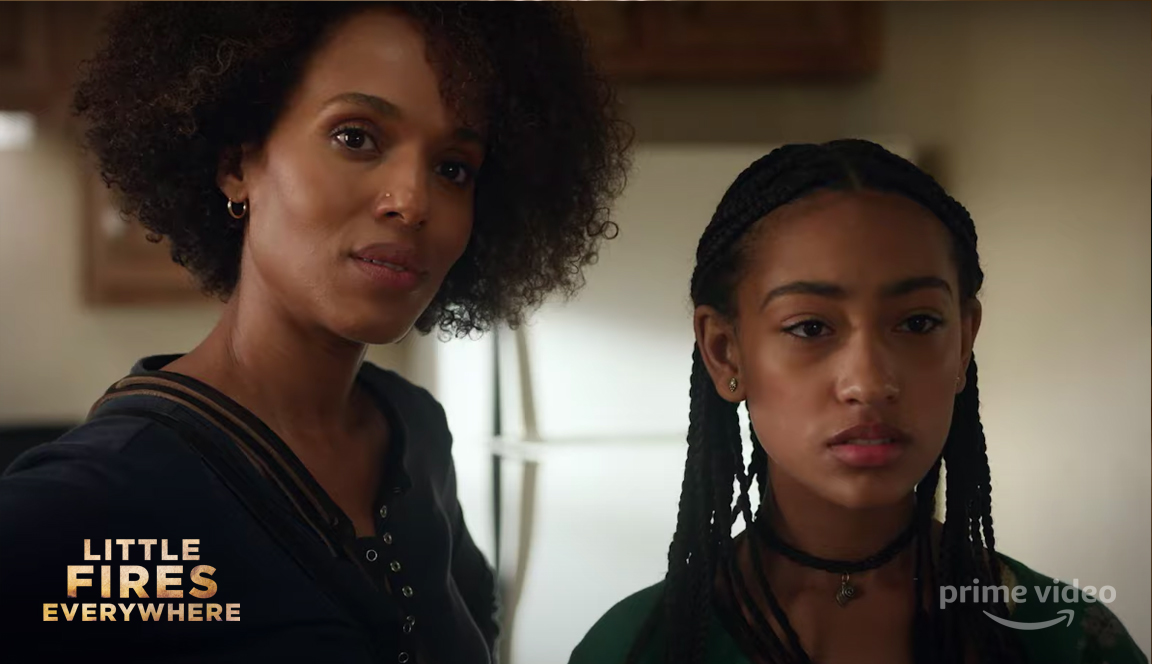 Is there anything more 90s than a choker? Mia’s daughter, Pearl (Lexi Underwood), and her peers’ pair up their neckwear of choice with baggy jeans and shorts, layered tops, and—the calling card of girls everywhere—a scrunchy on the wrist. For Reese Witherspoon’s Elena, veteran costume designer Lyn Paolo channels the quintessential Midwestern preppy matriarch with prim and proper double-breasted blazers, pencil skirts and pearls. Mia is styled as an artist with thrift-store jeans and Henley’s. 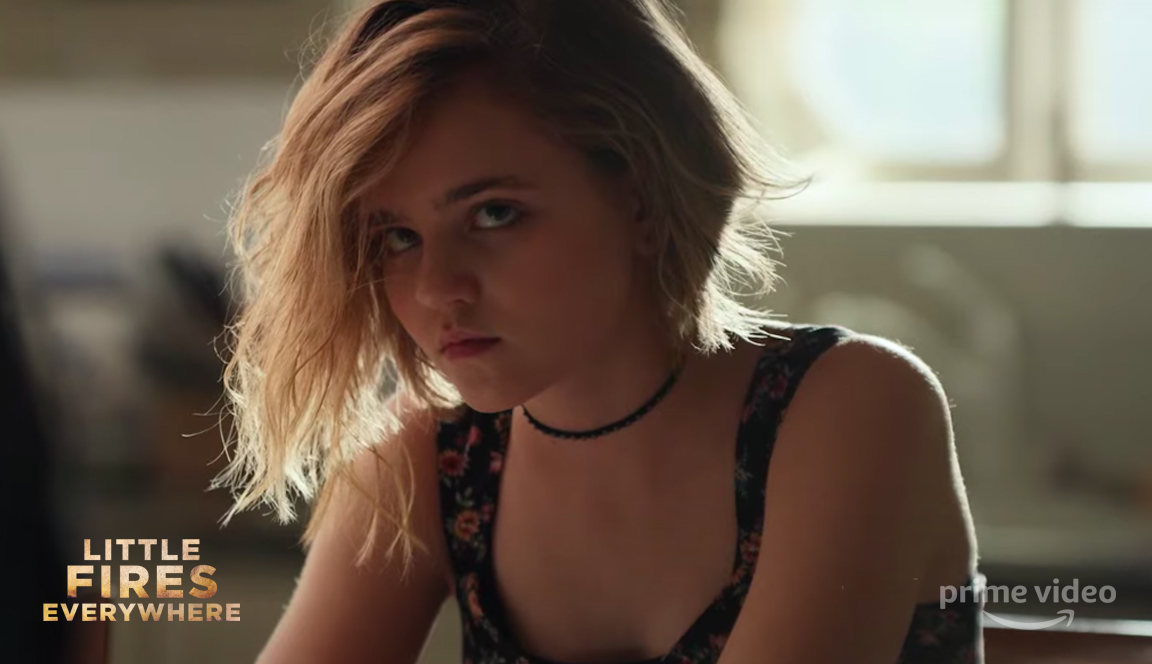 Elena and her friends are reading The Vagina Monologues. The Richardson kids and Pearl are drinking Snapple and watching episodes of Ricki Lake and a marathon of The Real World: Boston. Elena says the defining moment of her journalism career was interviewing Janet Reno, the first woman to become the U.S. Attorney General. Izzy Richardson (Megan Stott), Elena’s daughter, gets an asymmetrical haircut and argues with her mom about wanting to go shorter, like Drew Barrymore in Boys on the Side. (Elena wanted “Rachel from Friends.”) Izzy declares that eating bacon is cruel and demands Pop-Tarts for breakfast. (Today, she would be a vegan with piercings.) Her older sister, Lexie (Jade Pettyjohn), gazes deep into her pager—the iPhone is still a decade away from being invented. Oh, snap

When Moody (Gavin Lewis) takes Pearl to his secret hideaway, he picks up a guitar and considers playing “the one Toad and the Wet Sprocket song.” We’re assuming “Walk on the Ocean”? Aside from that passing mention to period alt rock, the first hour of Little Fires Everywhere has a soundtrack that will take many of us back to high school. Mia and Pearl go to the market to the backdrop of Annie Lennox’s “Little Bird.” Izzy spray-paints her dresser black to the tune of “Whip-Smart” by Liz Phair. When Pearl and Moody hang out, it’s the Counting Crows’ “Rain King.” The episode closes on a cliffhanger—just who is the enigmatic Mia Warren anyway? —as we hear “Sex and Candy” by Unions. The answer to that question unfolds over the seven episodes that follow, along with much, much more 90s glory.

There’s so much attention to period detail, in fact, that the show is bathed in nostalgia. It’s as if we’re whipped back in time to Titanic, Brad and Gwyneth, Oasis, Seinfeld, and chunky cellphones. Then there are the layered ruminations that Little Fires Everywhere has soaked into its DNA. When it comes to dealing with the complex themes of parenting and trust—those seem thoroughly current now.